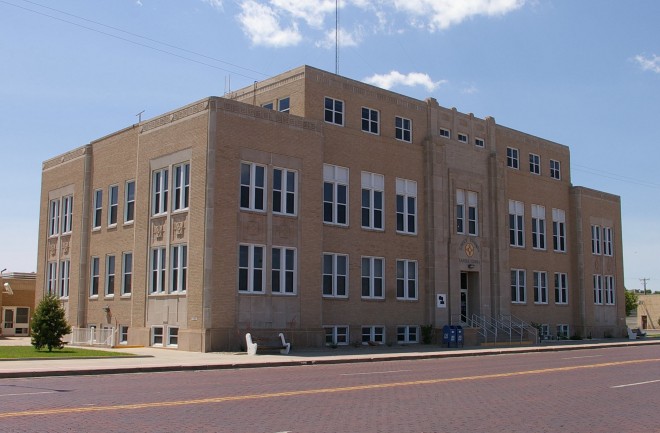 Curry County is named for George Curry, territorial governor of New Mexico who signed the bill creating the county. 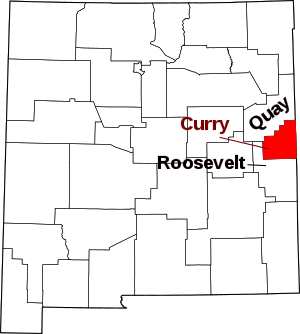 Description: The building faces north and is a three story blond brick and cast concrete structure. The rectangular shaped building is located on landscaped grounds in the center of Clovis. The building has a cruciform plan with raised basement. The north front has stone trim at the central entrance. Vertically fluted, engaged pilasters frame the entry area and surround the second story window above. Zia form cast concrete spandrels embellish the slightly projecting north and south wings between the first and second story windows.  Extensive use of the Zia symbol decorate the exterior. The interior has terrazzo floors, grey marble wainscot, and plaster walls and ceiling. Etched glass decorates the main entry with a simple linear pattern. The second story courtroom is modern with vinyl tile floors, wood paneled walls, and an acoustical tile ceiling. Doors throughout the building are glass and wood, with transoms. The building was a Works Progress Administration project. An addition to the building were constructed in 1954. The architect was Schaefer, Merrell & Associate and the contractor was Cottle Construction Company. 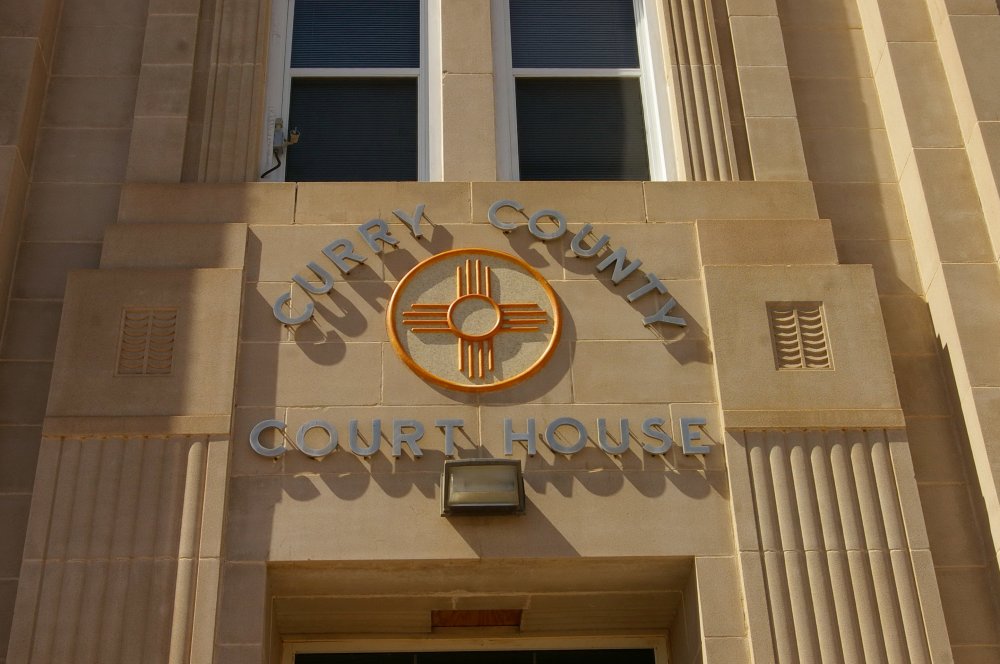 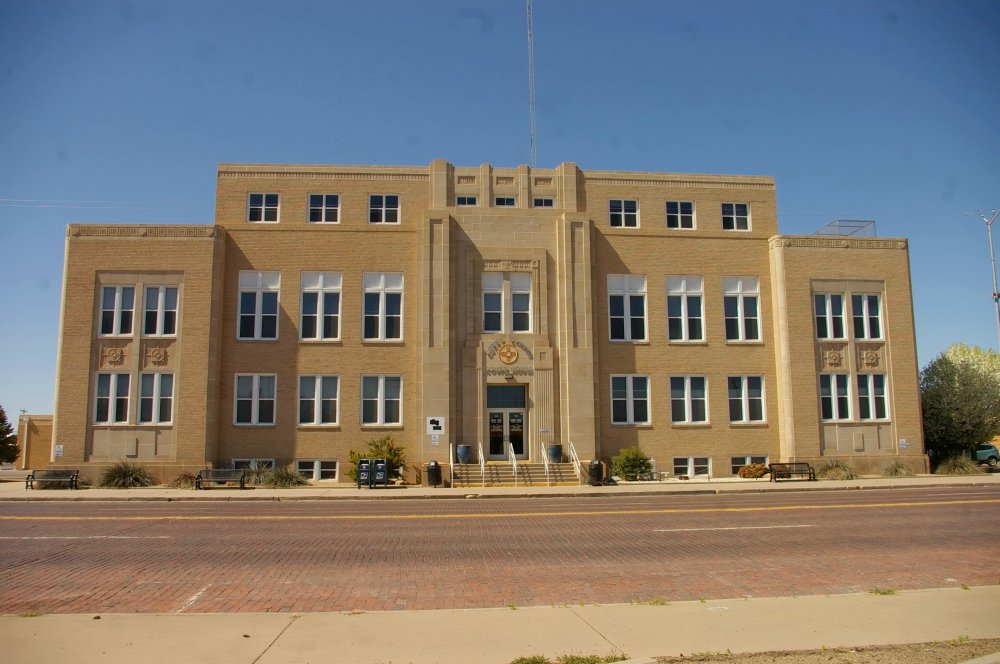 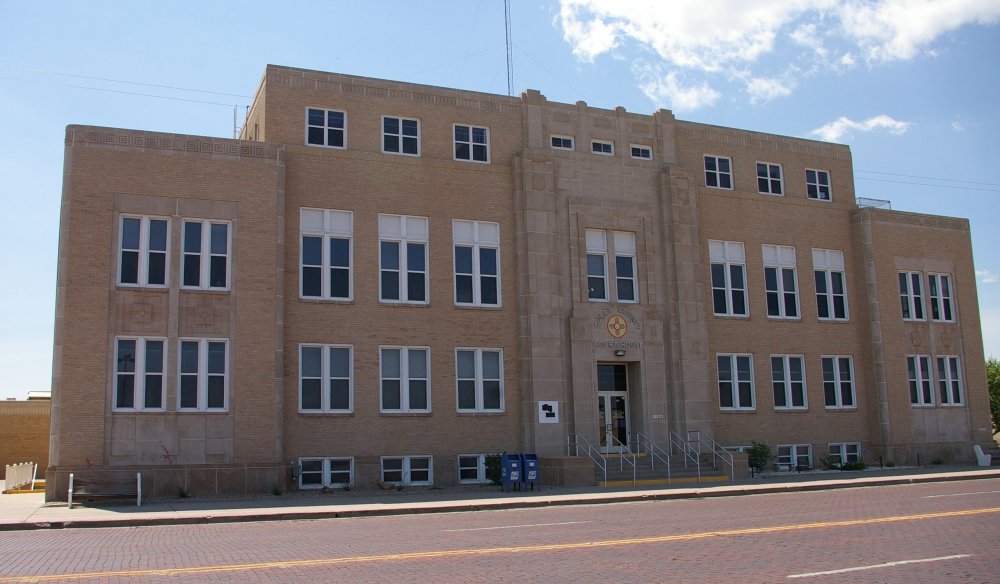 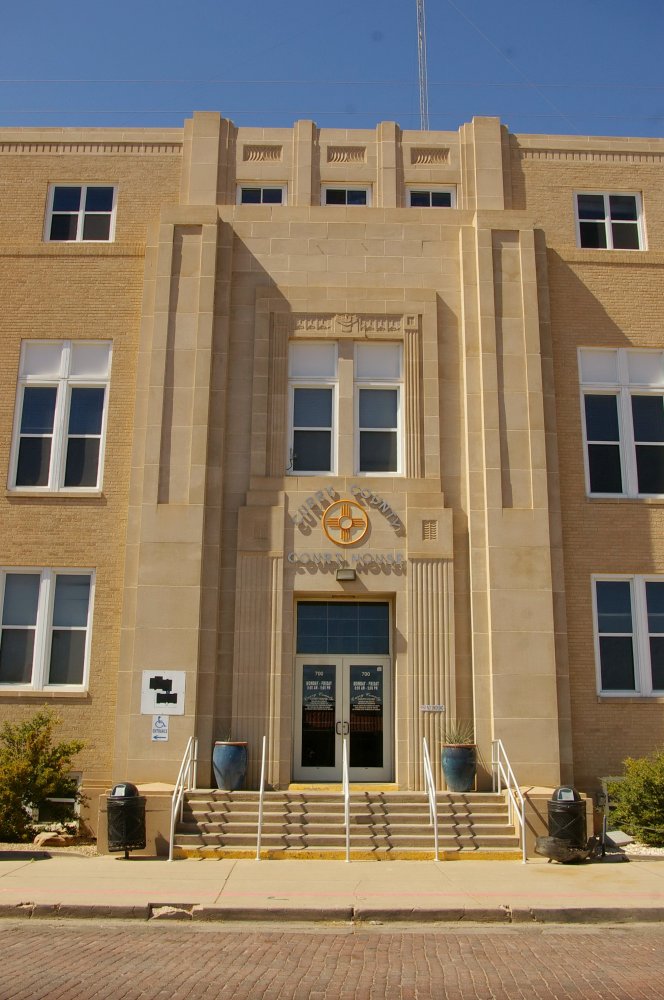 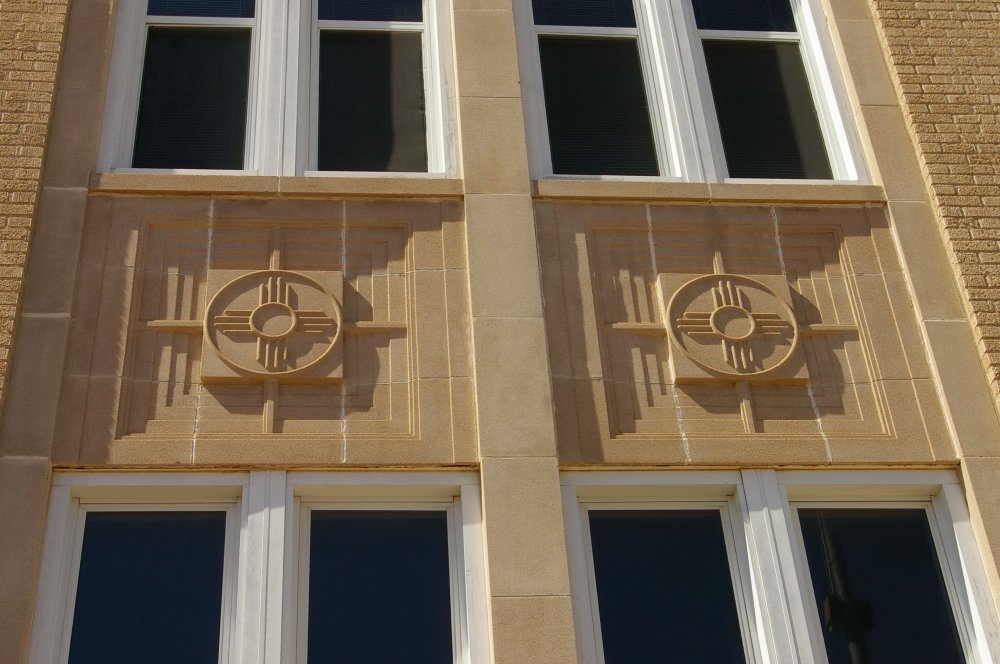 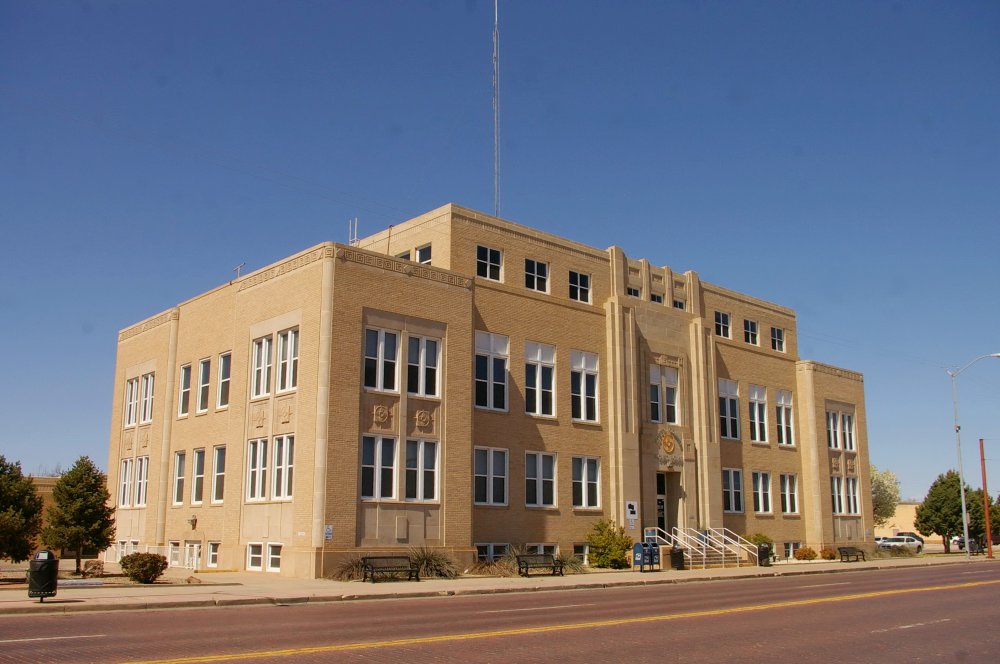 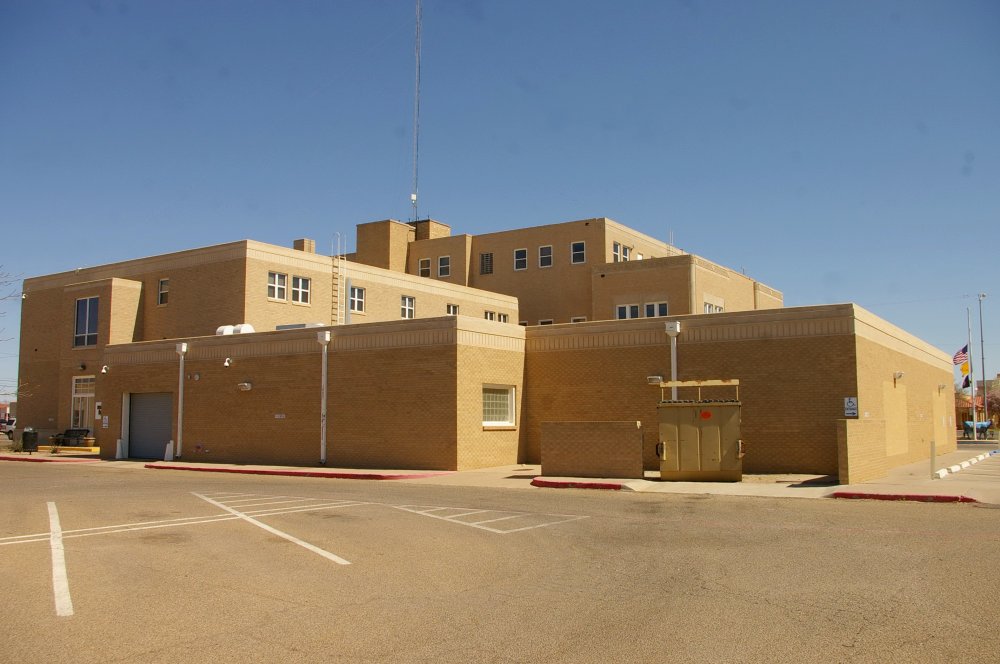 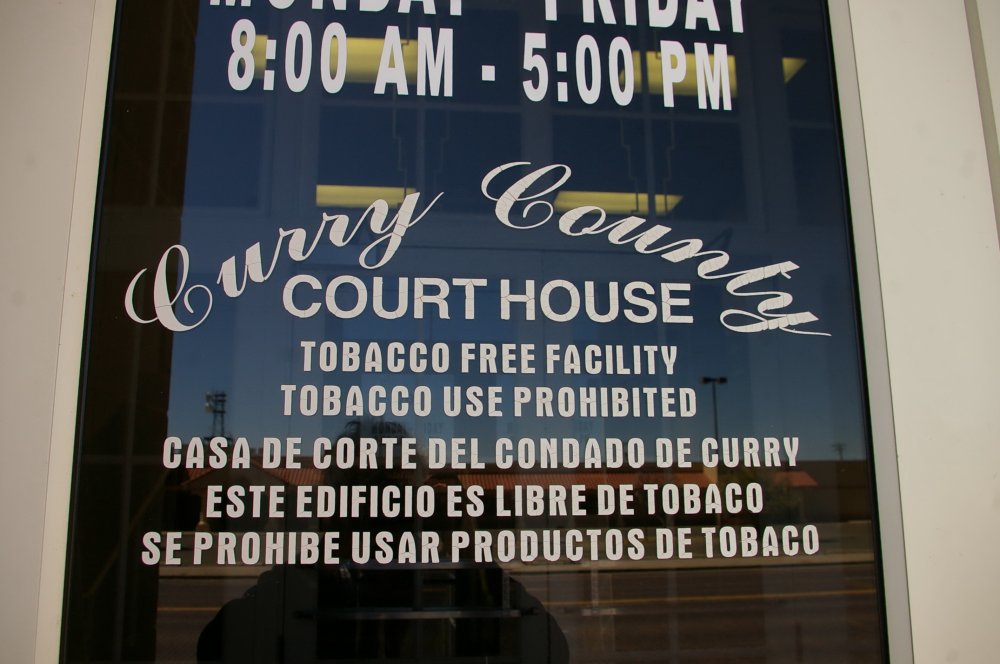