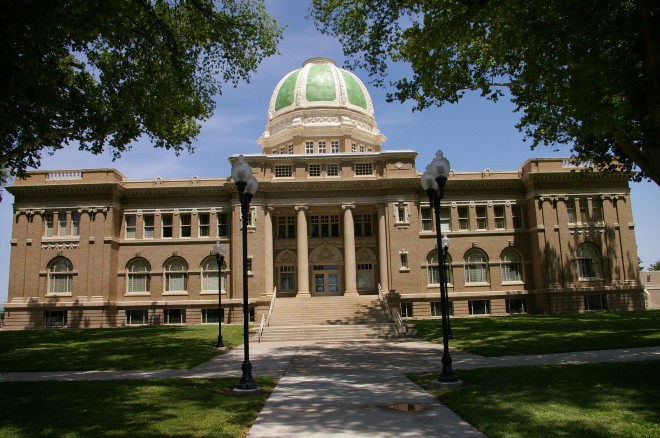 Chaves County is named for Colonel Jose Francisco Chaves, a military leader in New Mexico during the Civil War and later in Navajo campaigns.

Description: The building faces west and  is a two story sand colored brick and concrete structure. The building is located on spacious landscaped grounds in the center of the city. The west front has a porch with four large columns rising to a header at the roof line. The north and south wings project from the building and have projecting sections at the ends. On the center of the roof is a large six sided dome with green colored tiles. The interior has the original Greek key design tile floors, ornate plasterwork, and brass chandeliers. During construct, Lucius Dill was the supervising architect. The building was renovated in from 2000 to 2005 and a large addition was constructed on the east side. The east side has a central curved glass section with entrance on the first story. The architect was DCSW, Inc. of Albuquerque and the contractor is the Jaynes Corporation of Albuquerque.

Note:  The first courthouse was built in 1890 to 1891. The second and present courthouse was constructed at a cost of $164,000. The green colored terra-cotta dome is actually two domes, an exterior and an interior one. The outside dome once had a skylight and the interior one had stained glass windows. 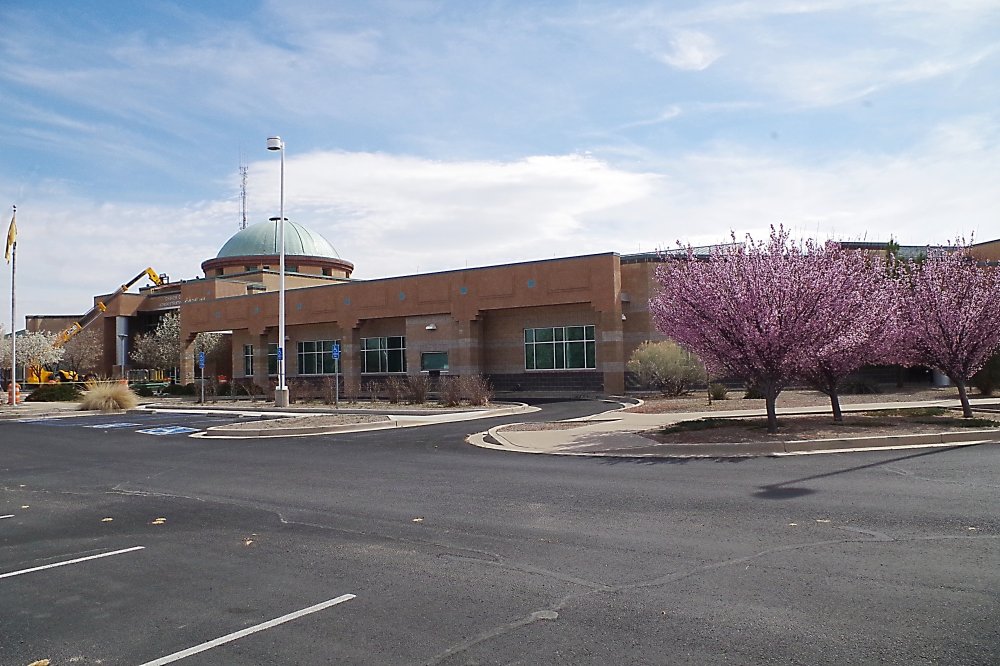 Description: The building faces north and is a two story brown colored brick and concrete structure. The building is located on spacious landscaped grounds with large plaza on the north side of the building. The north front has a wide recessed section with two large columns and recessed glass panel wall. On the roof is a large green colored dome. The building is named as the Joseph R Skeen Building. 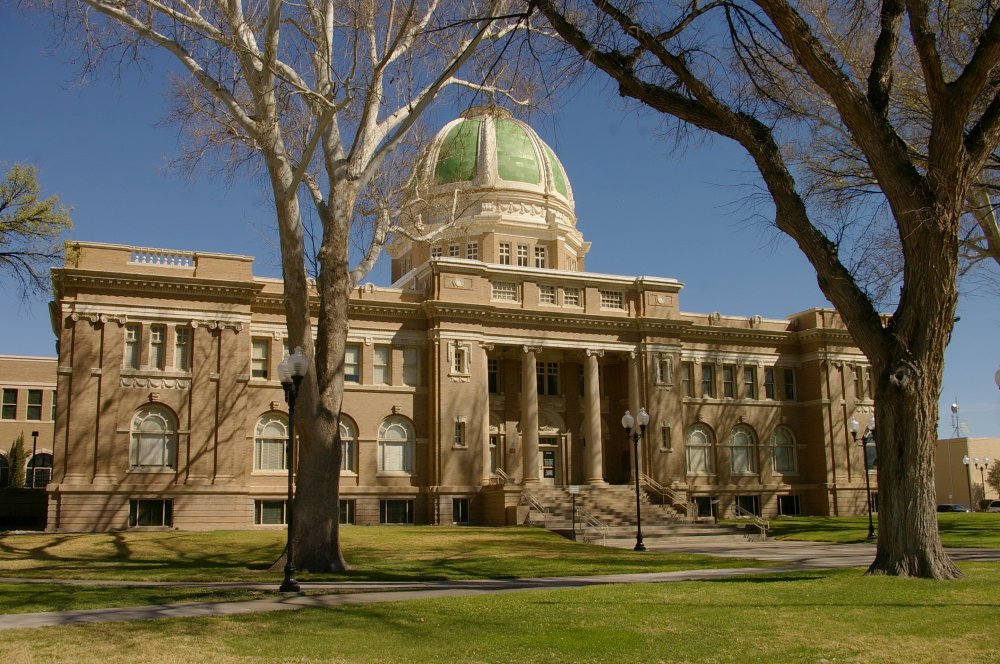 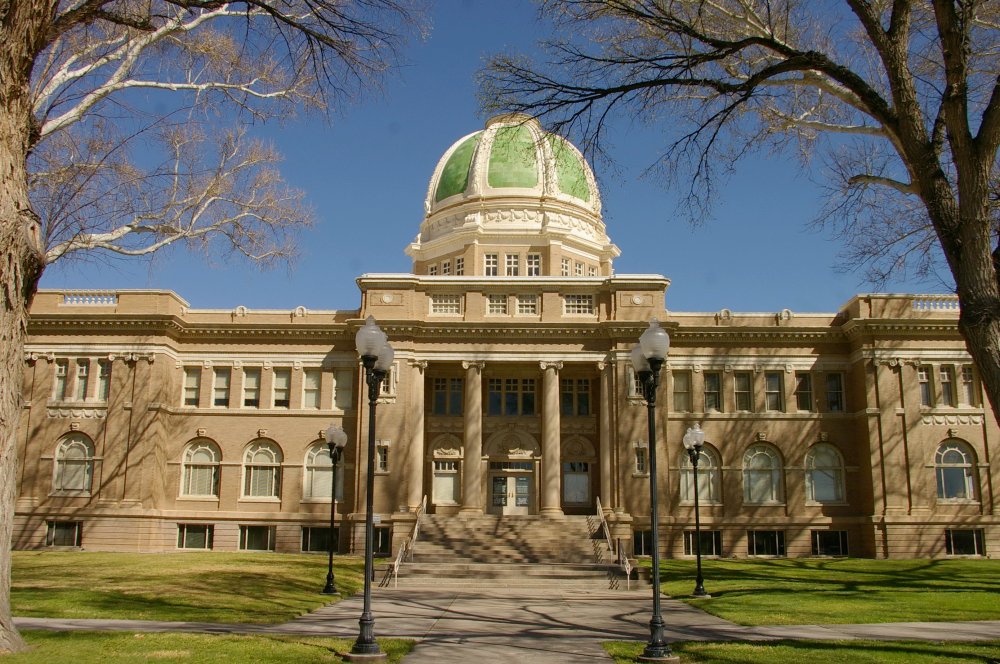 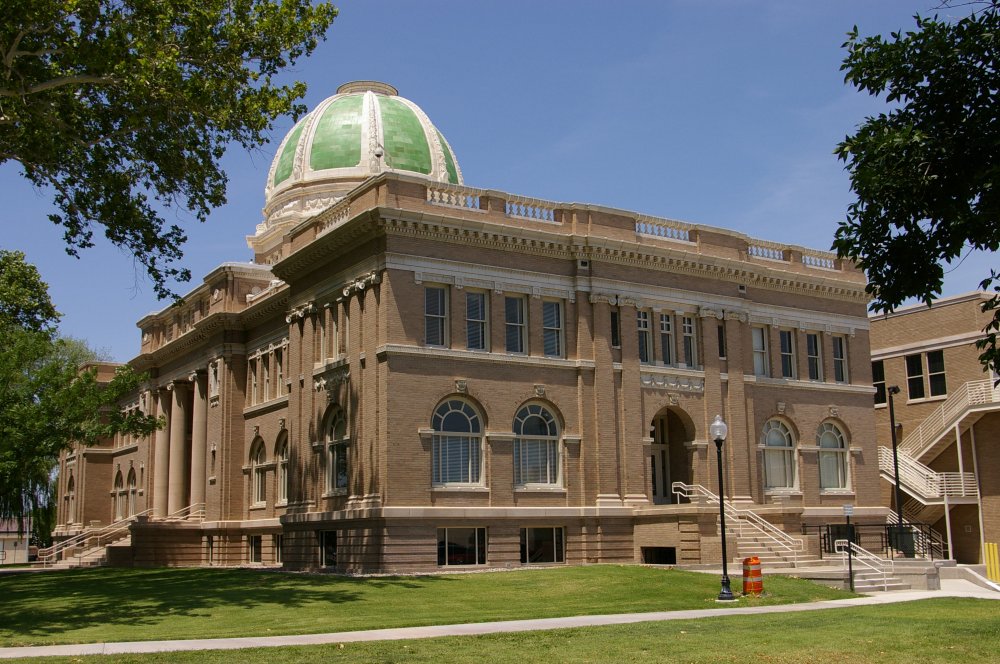 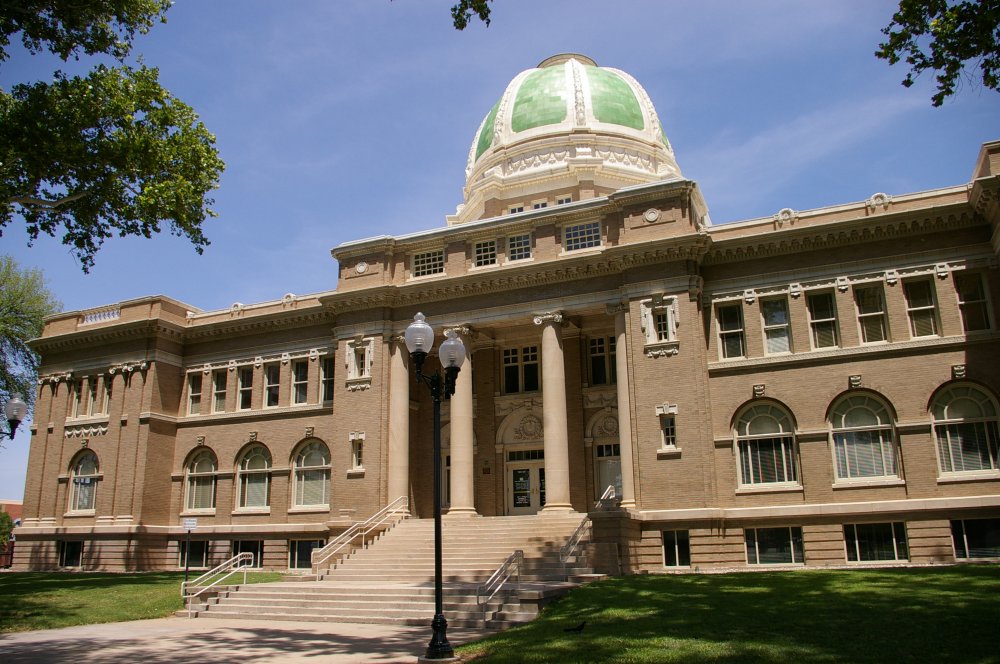 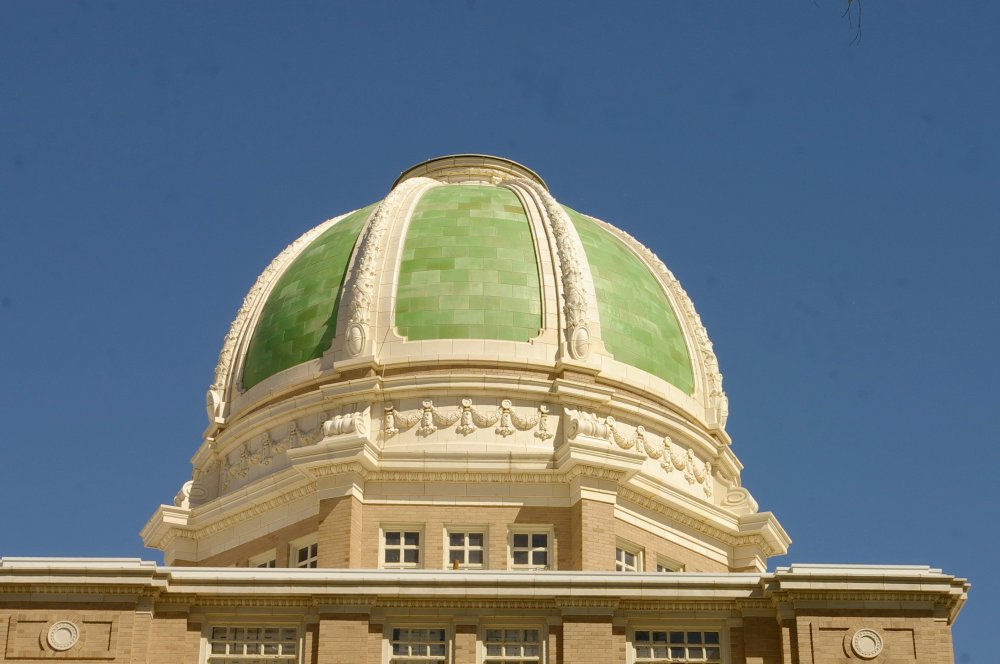 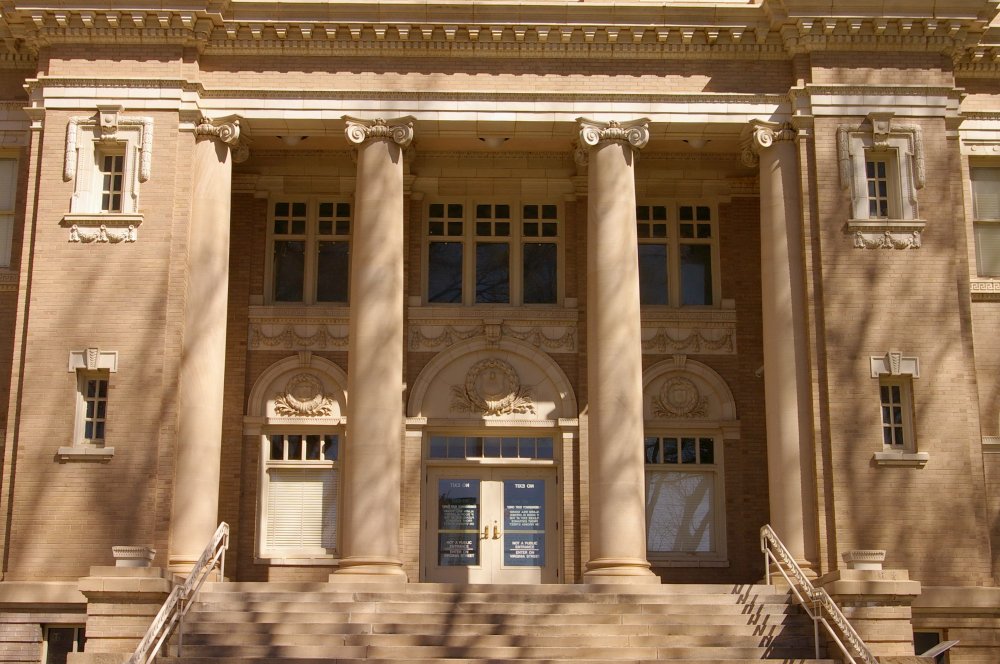 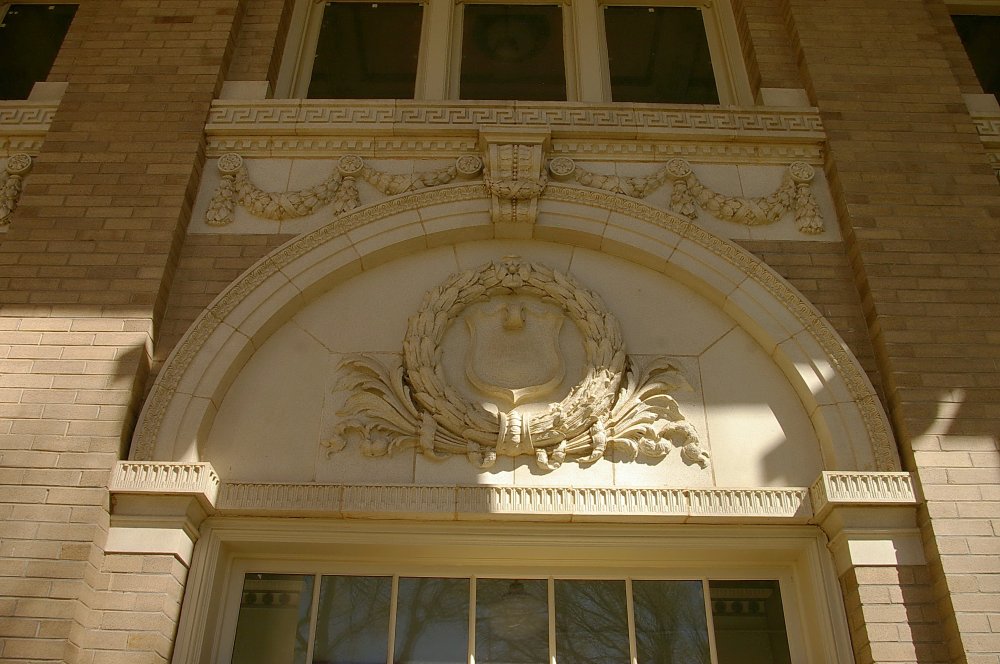 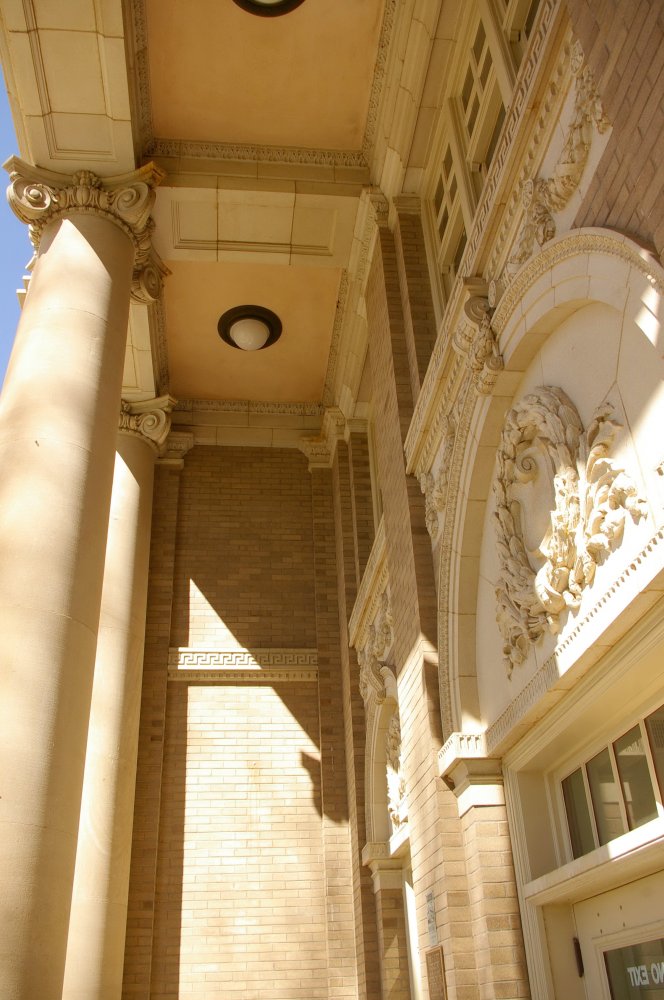 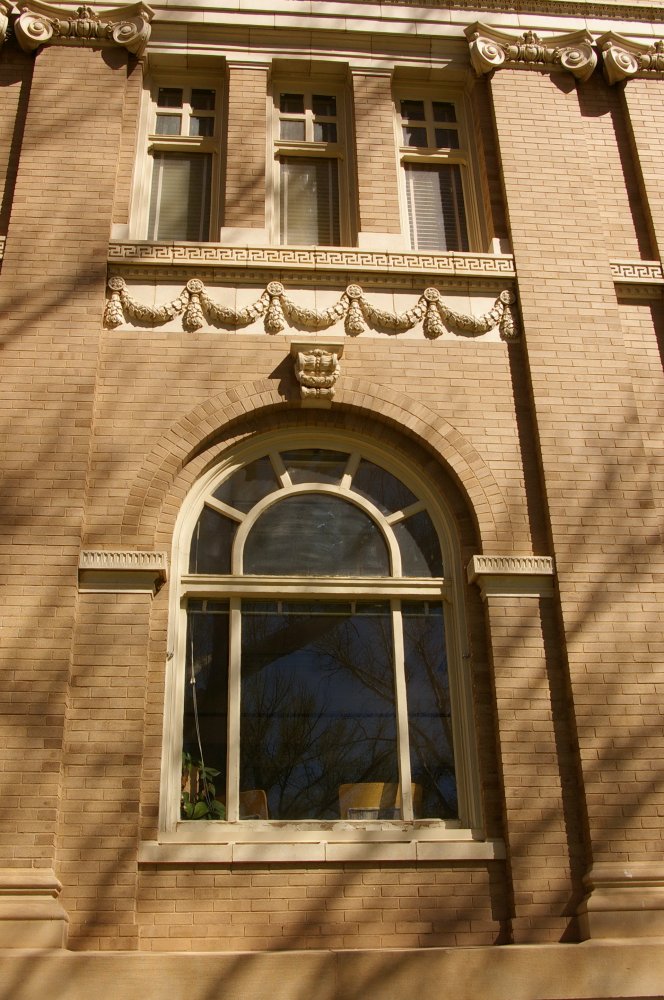 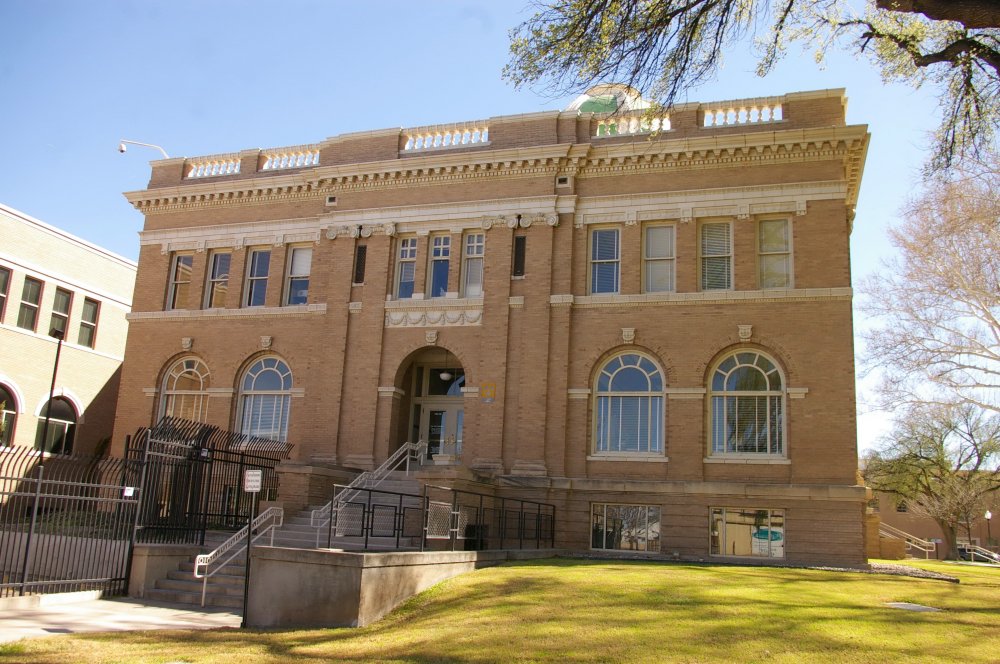 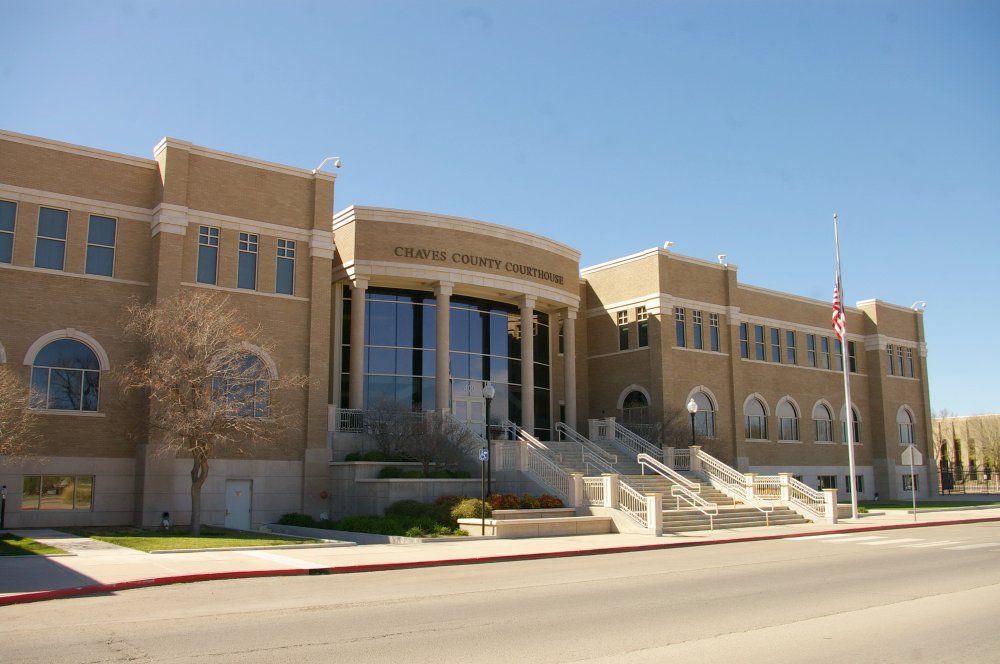 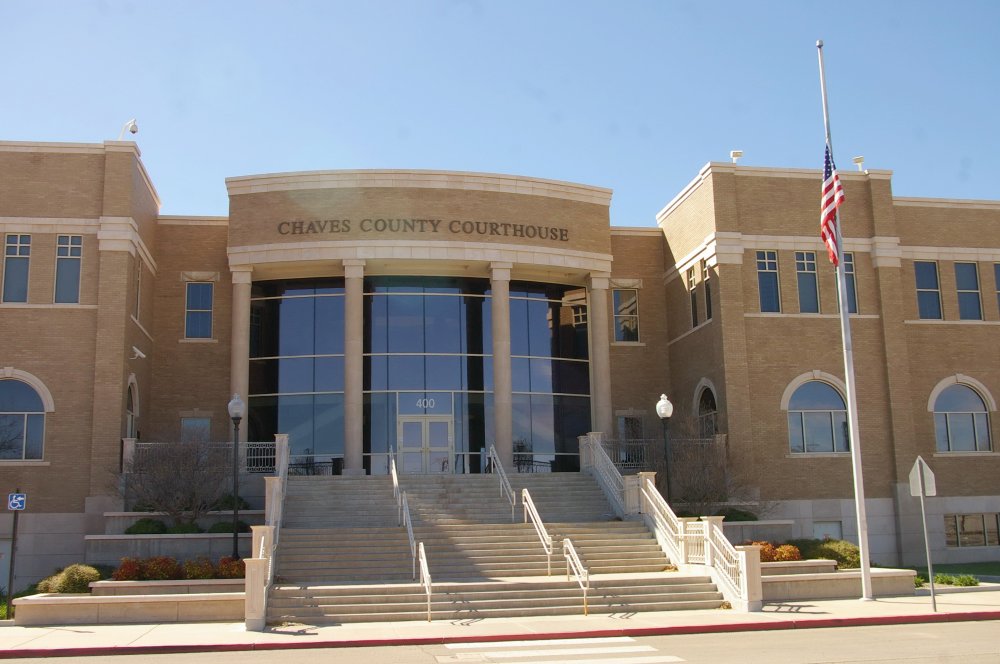 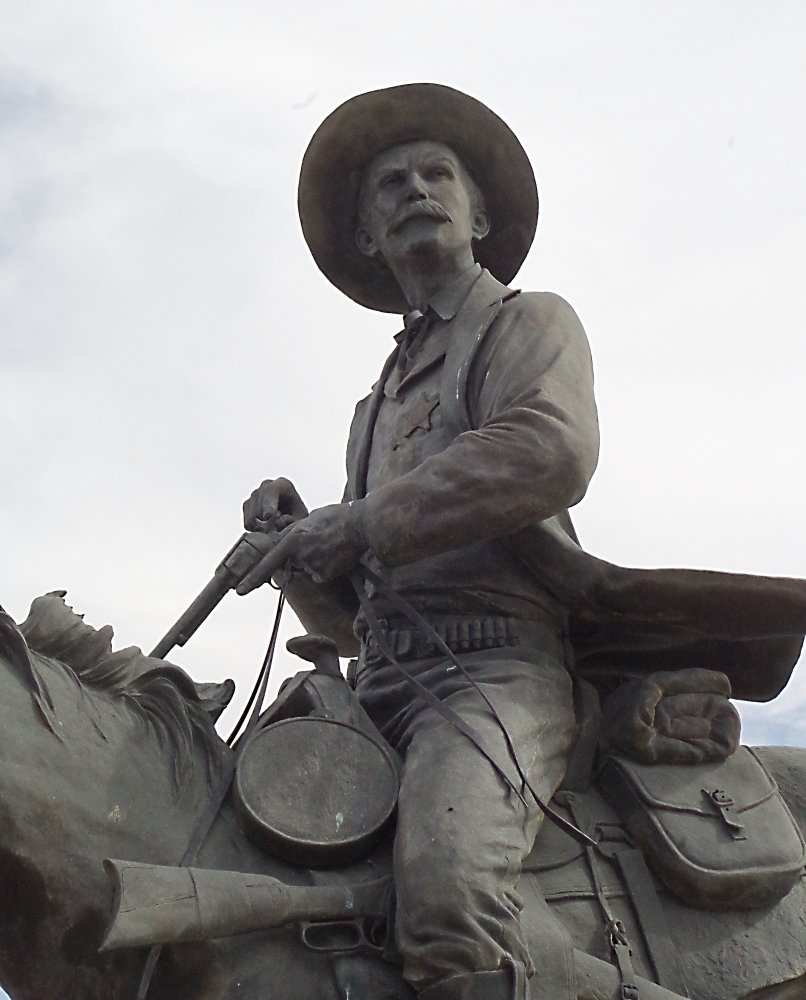