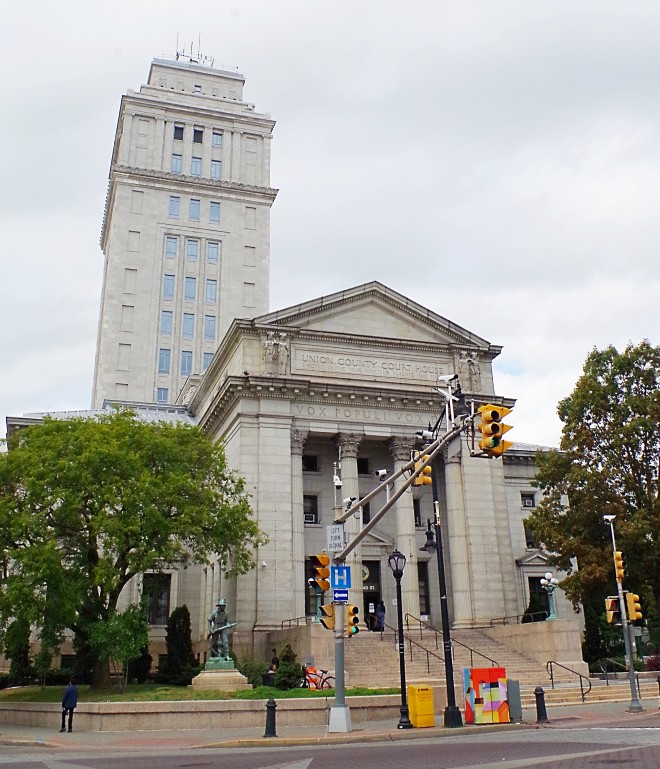 Union County is named for the Union of the United States.

Description:  The building faces east and is a three story gray colored stone and concrete structure. The building is located on landscaped grounds with the additions on the west side. The east front projects from the main building and has a large portico with two high columns and recessed entrance with small pediment above. At the top is a wide pediment at the roof line. On the center of the roof is a wide low dome with large interior rotunda. Behind the original building a seven story annex was constructed in 1925. The architect was C Godfrey Poggi. In 1931, a seventeen story Neo-Classical style tower was constructed between the courthouse and the annex. The architect was Oakley and Son. On the south side is a large high porch supported by four large columns. 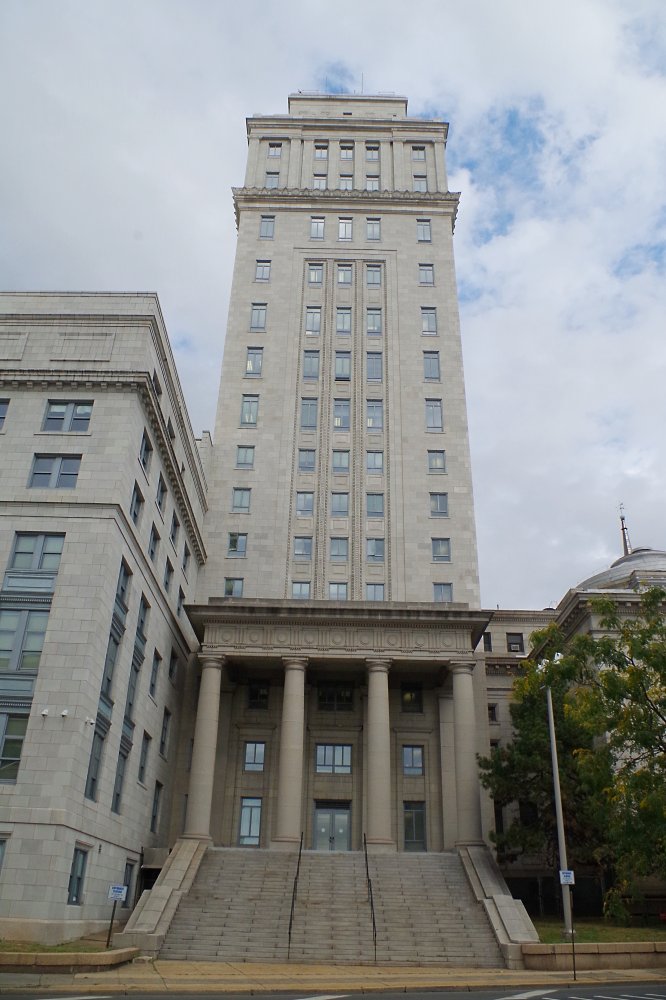 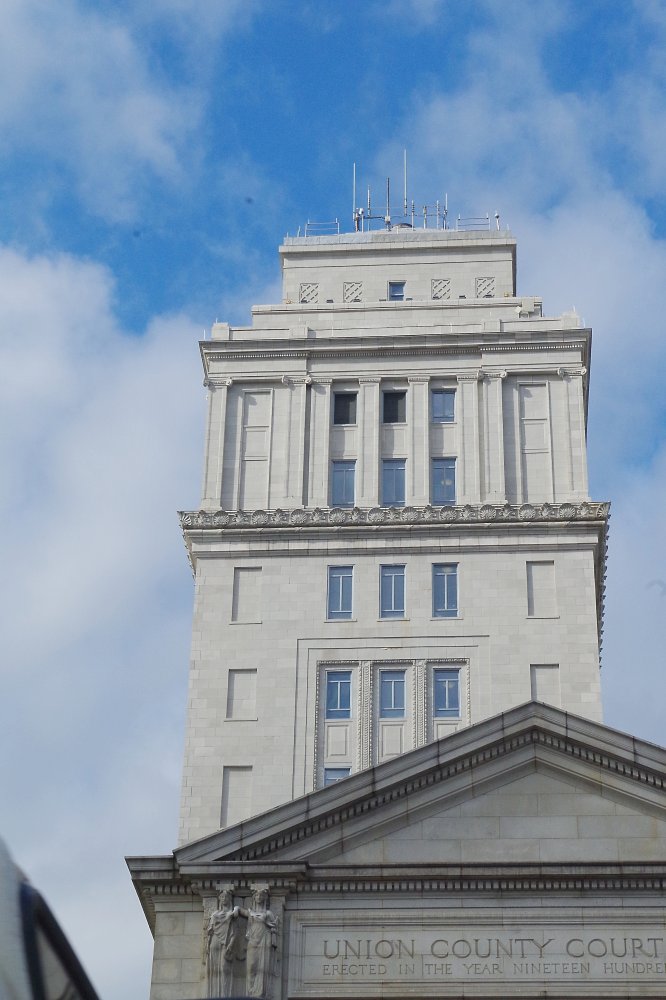 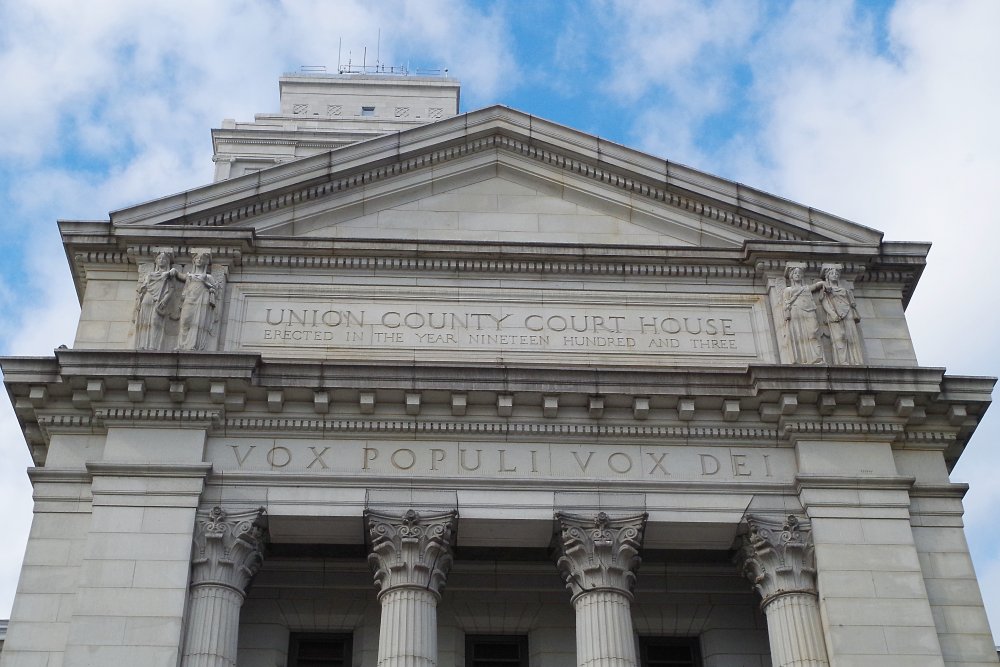 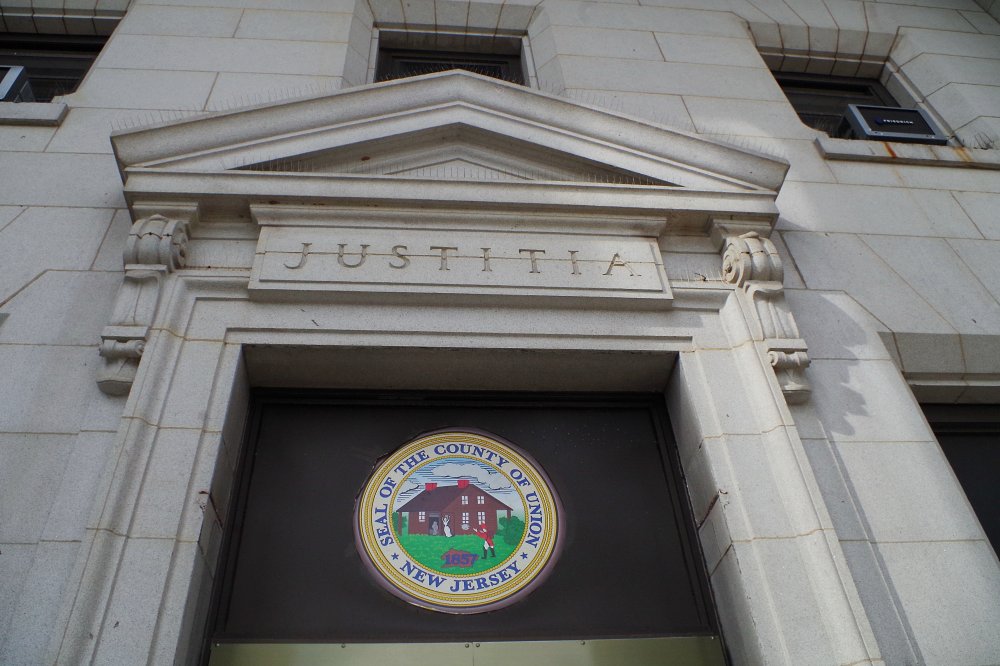 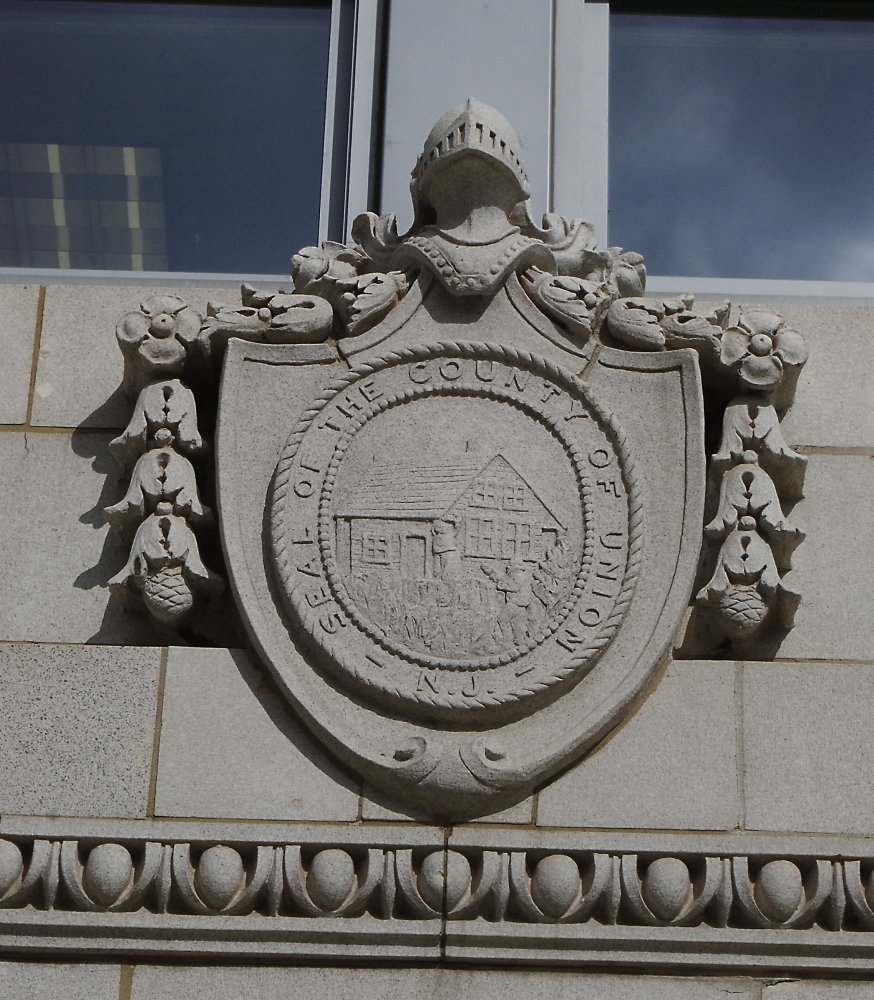 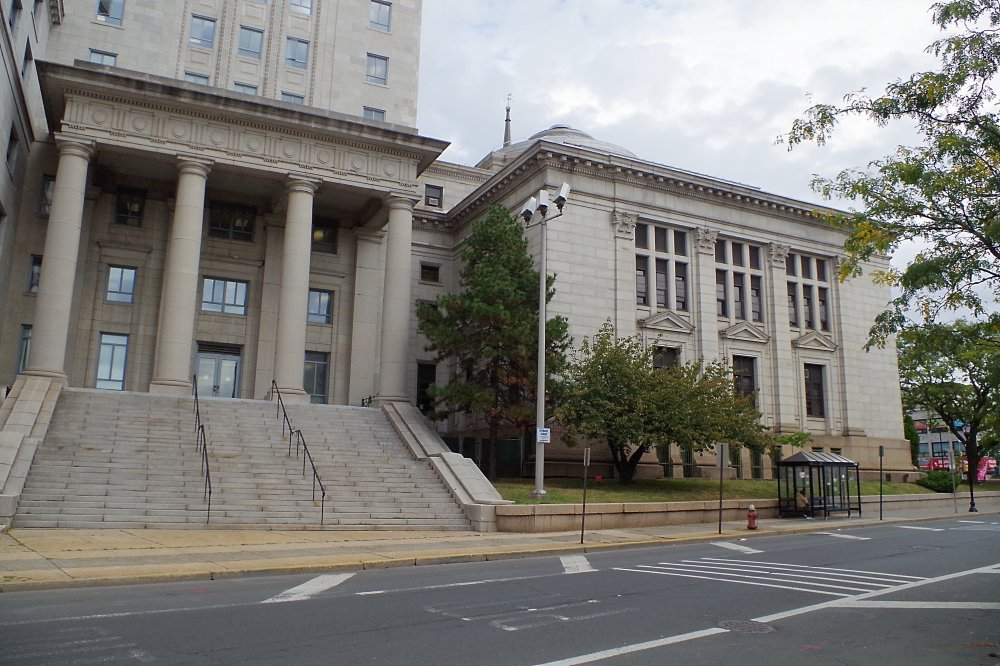