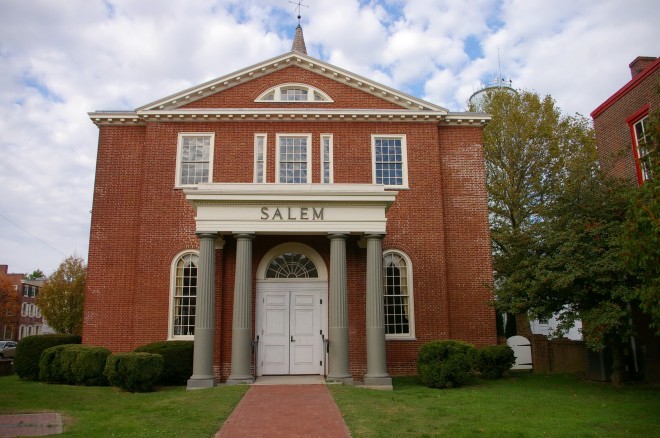 Salem County is named for a Hebrew word meaning “peace”.

Description:  The building faces south and is a two story dark red colored brick and wood structure. The south front has a one story portico supported by four Doric columns. At the roof line is a gable with fanlight. The first story windows are arched. The roof rises to an octagonal wood cupola with steep roof. The building was expanded in 1817 and in 1908 the south portico was constructed. In 2010, the building was renovated. The contractor was Aliano Construction. 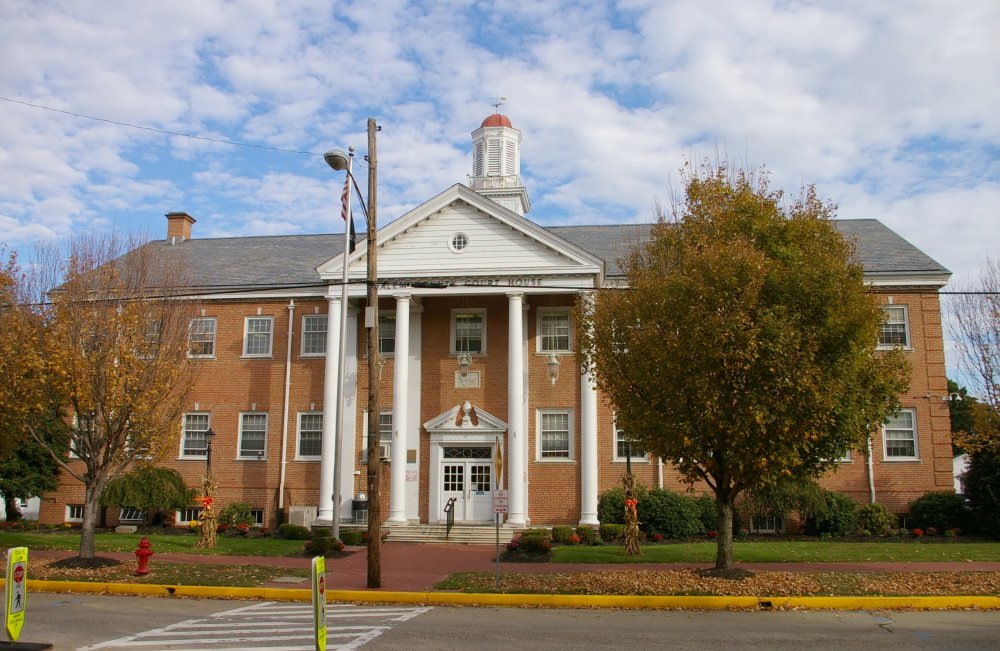 Description:  The building faces west and is a two story orange-red colored brick and concrete Colonial style structure. The west front of the rectangular building has a large portico with four white colored columns rising to a pediment at the roof line. The recessed entrance is framed with white colored wood. On the east side of the building is a large square section. On the center of the roof is a white colored octagonal cupola with red colored dome. The roof is hipped with gable ends. 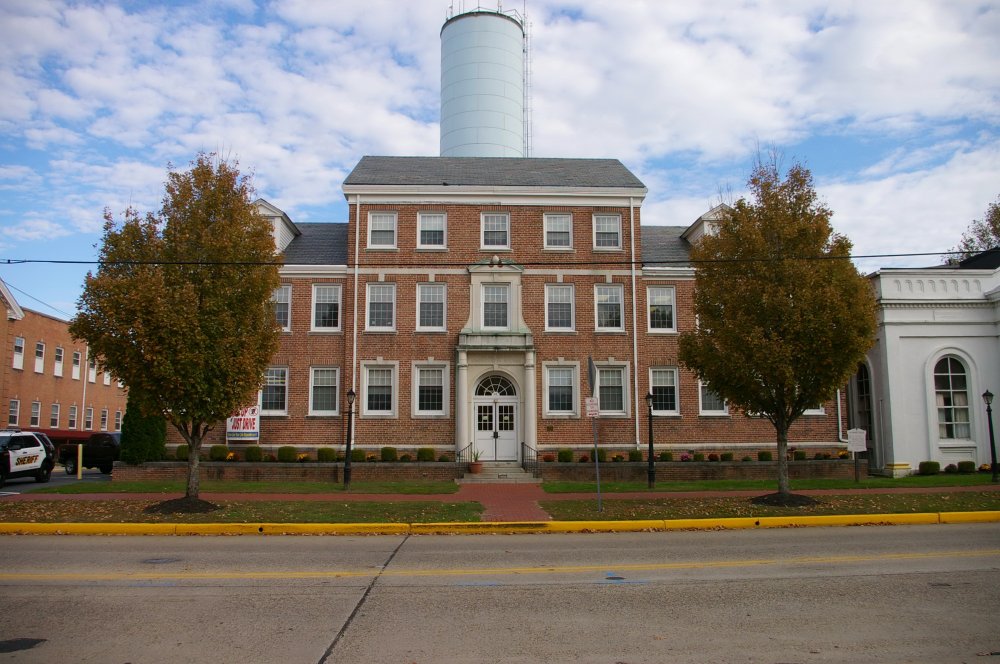 Description:  The building faces west and is a three story dark red colored brick, stone and concrete structure. The building is located south of the courthouse and was originally constructed as a jail. The west front has a stone framed central entrance with stone framed window on the second story. The third story is shorter in length and there are dormers on the north and south roof sections. The building was remodeled in 1997. The architect was Radey & Fuller Architects and the contractor was Colubriale & Son. 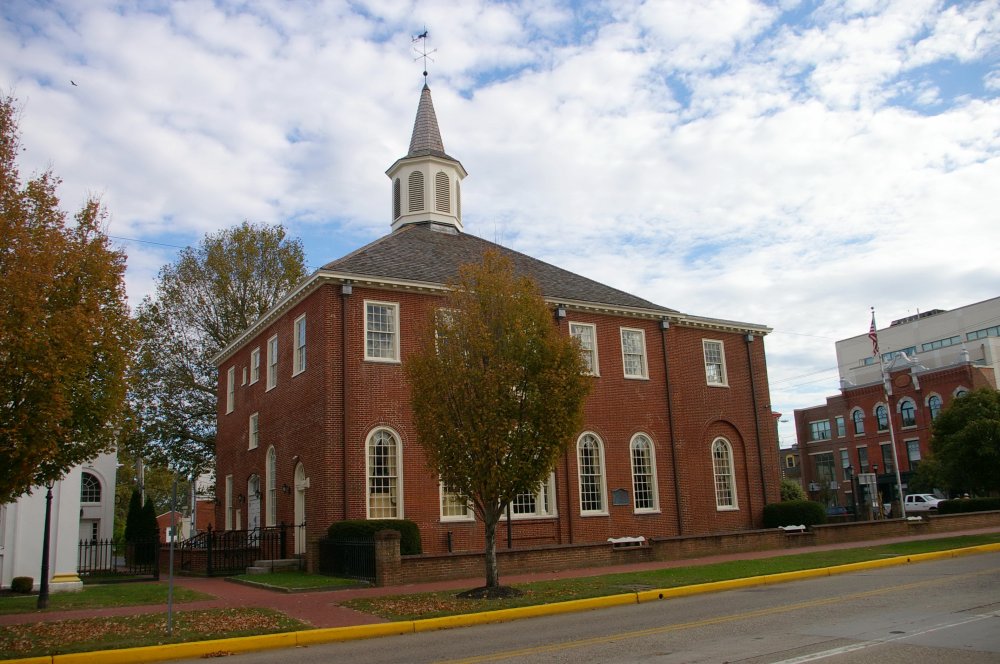 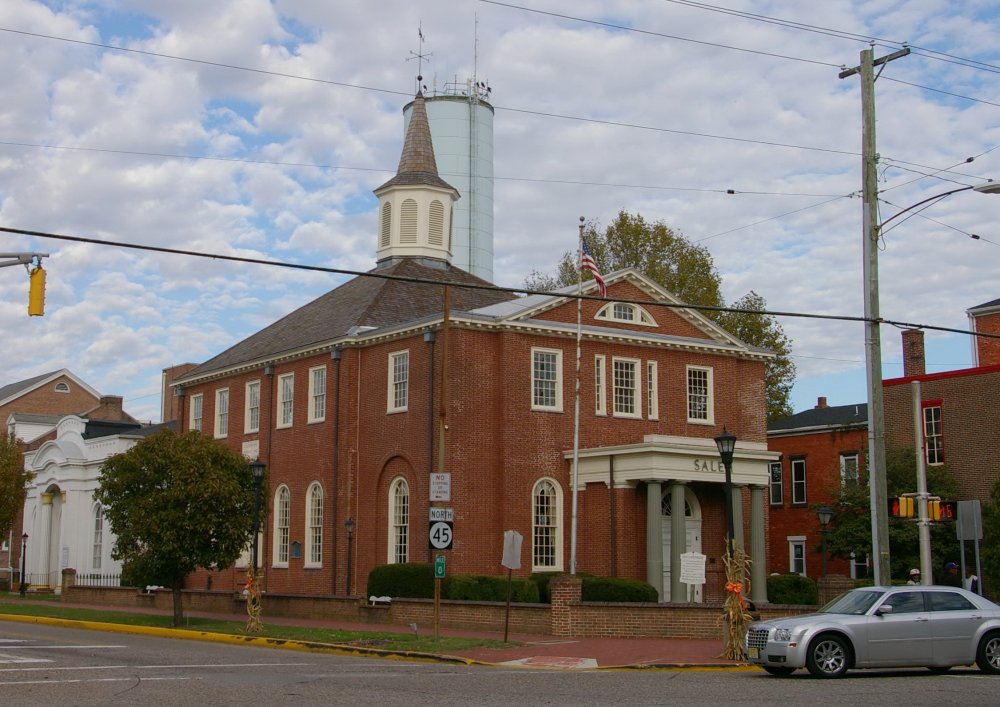 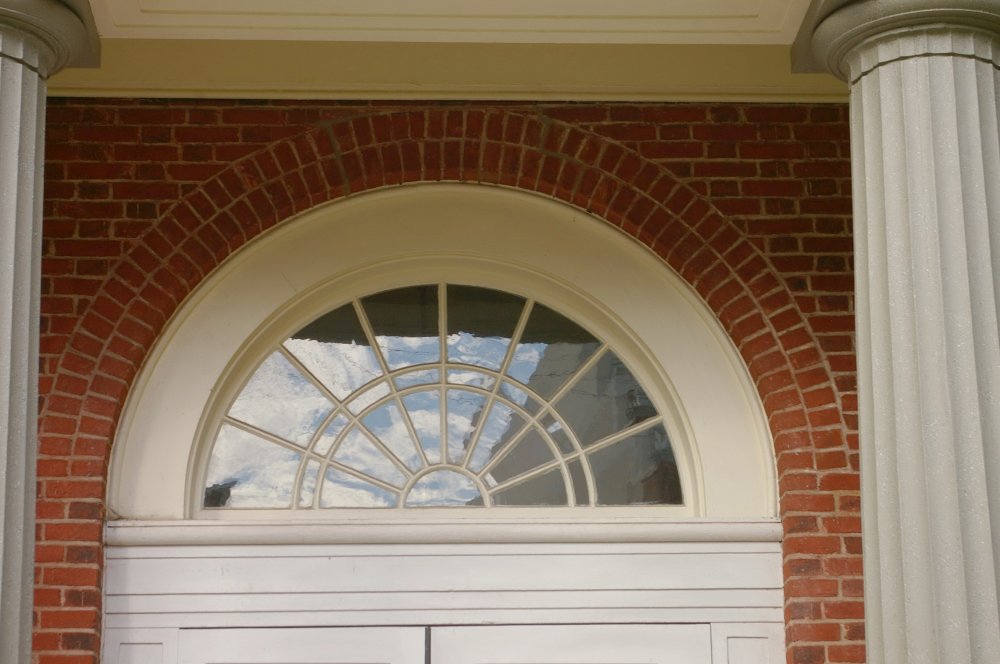 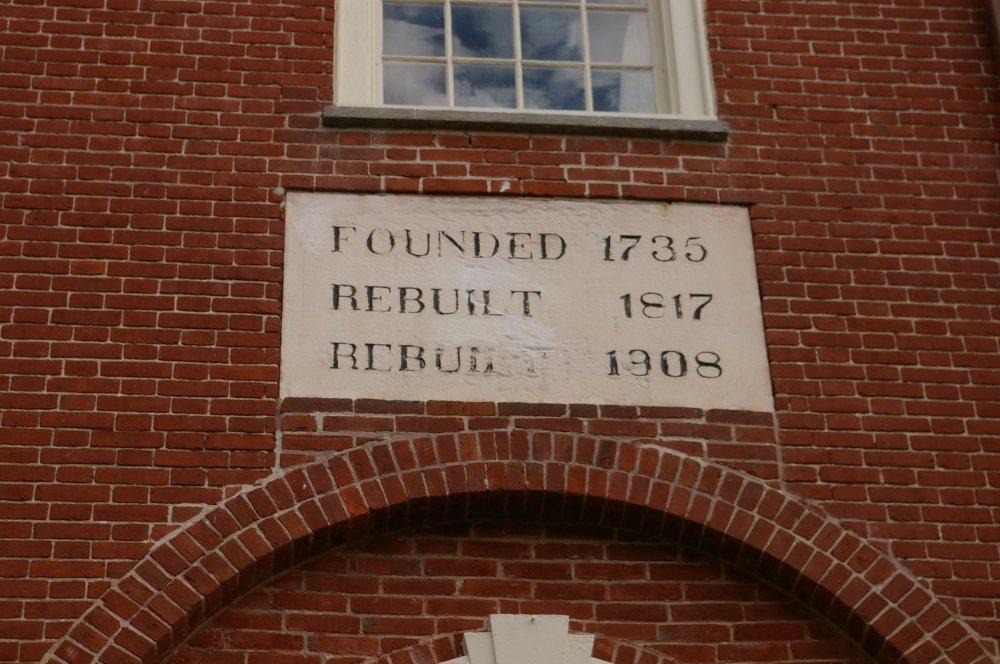 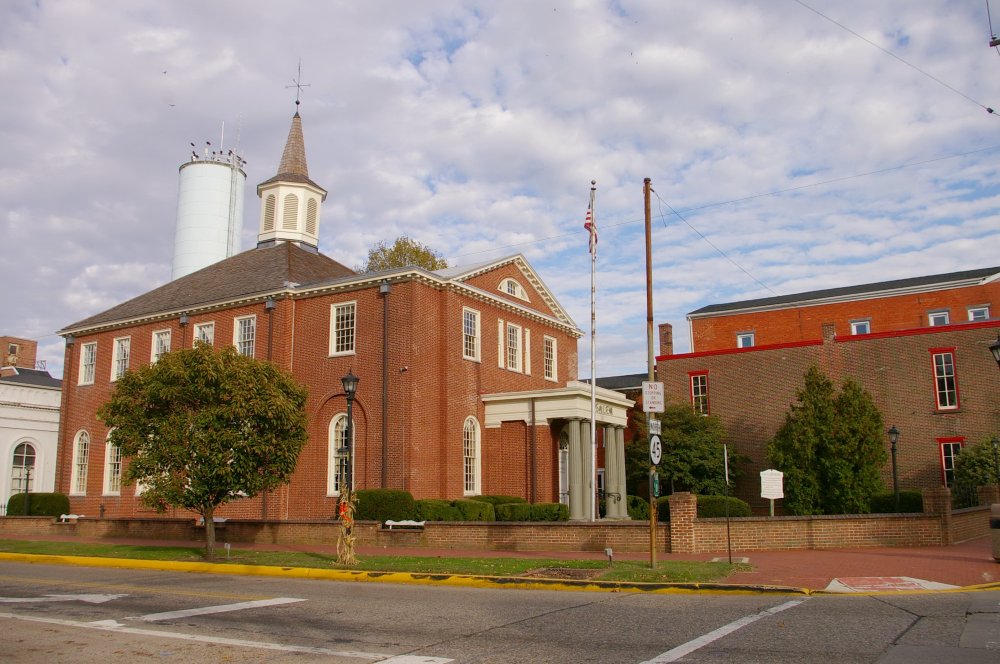 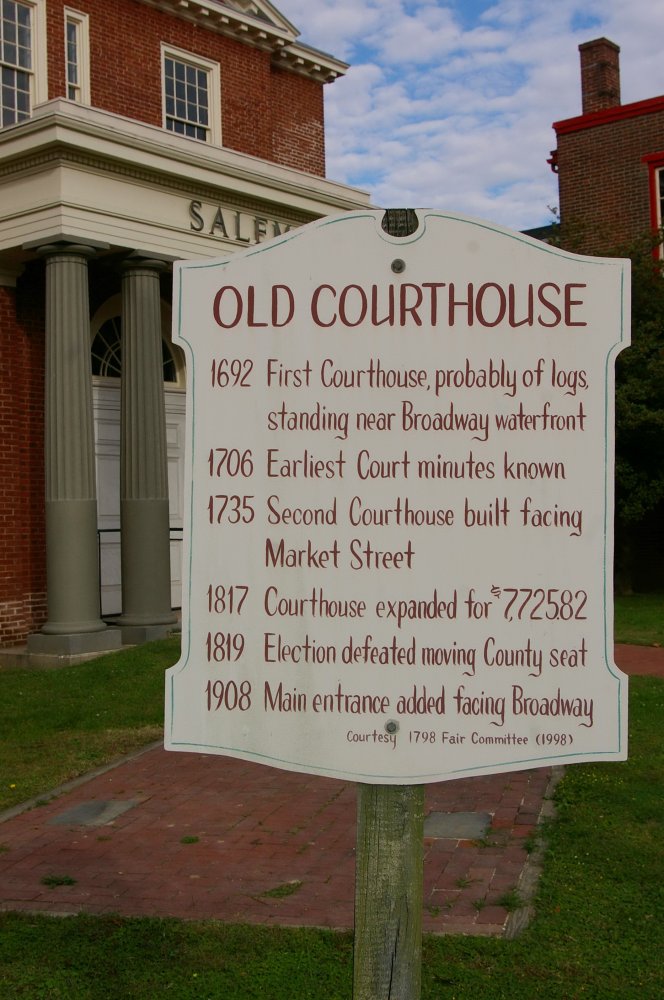 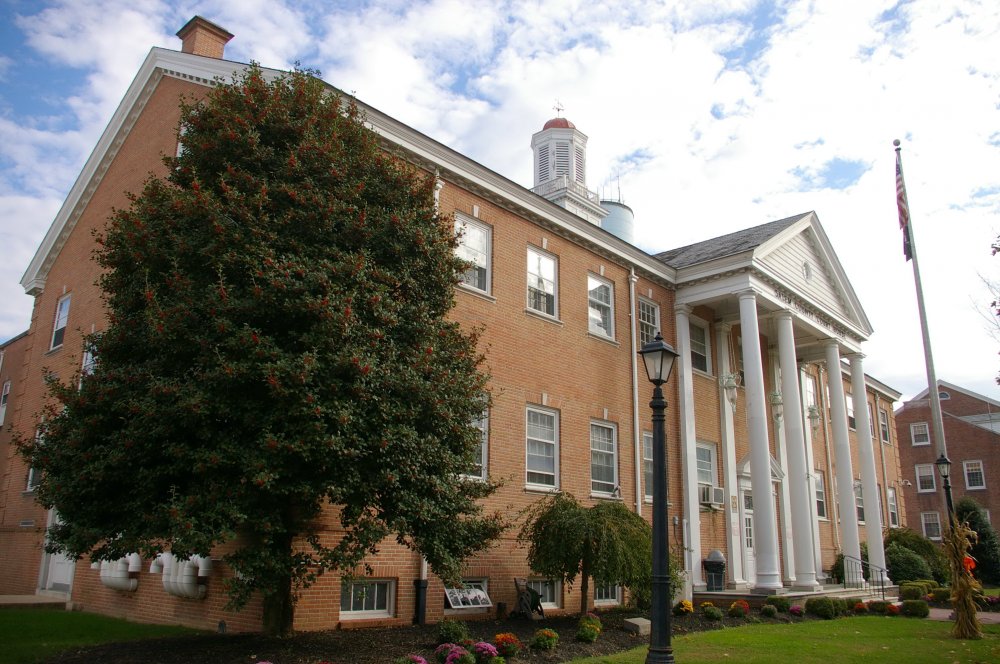 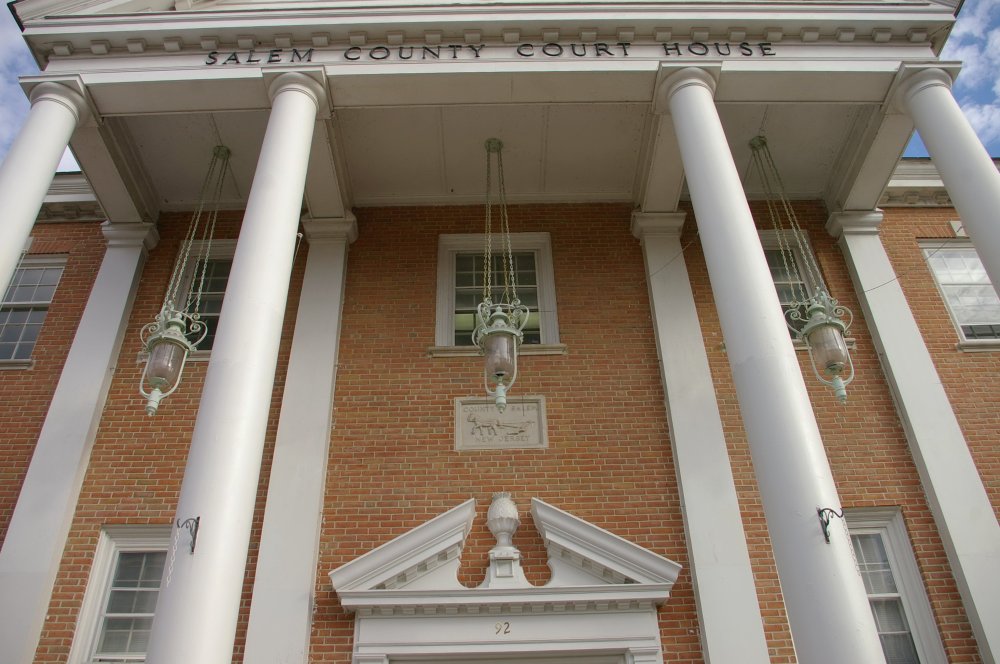 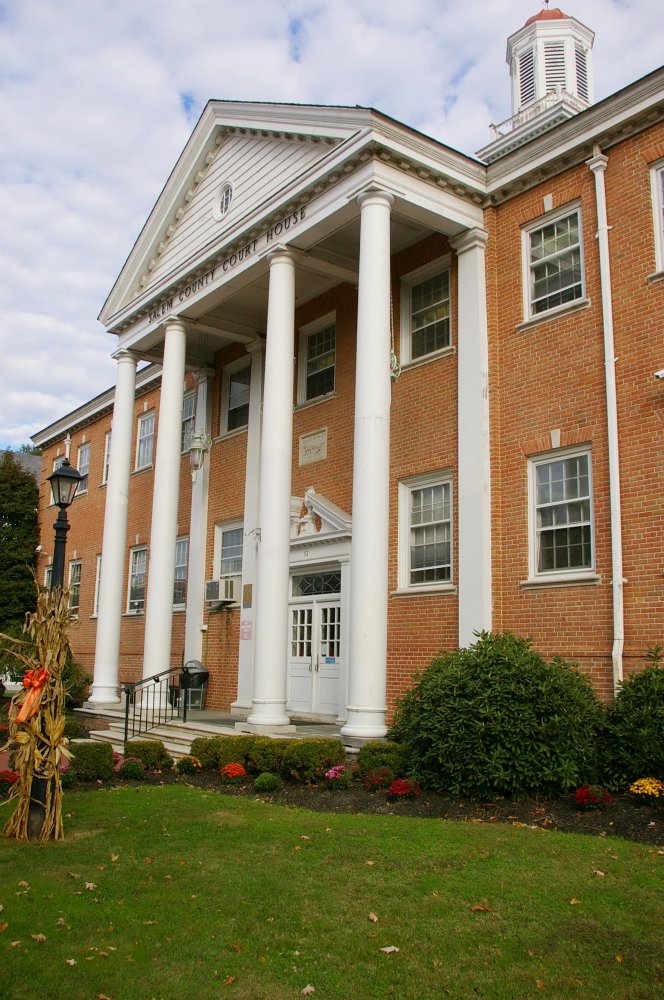 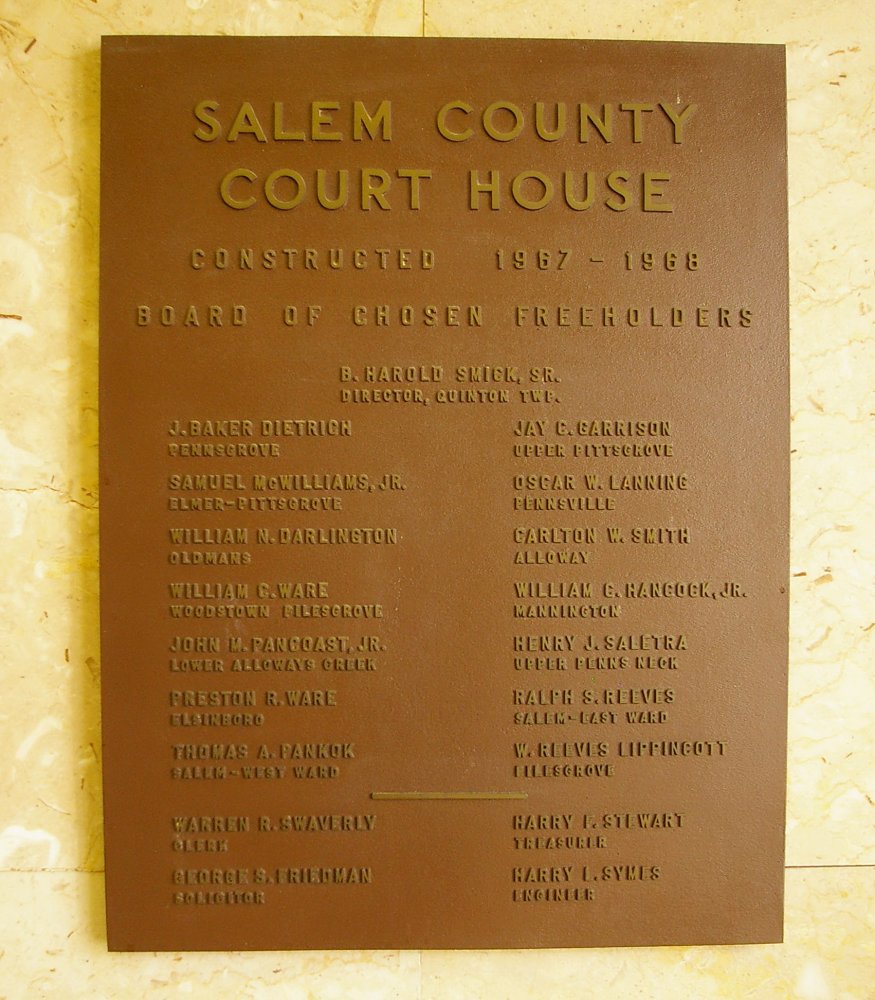 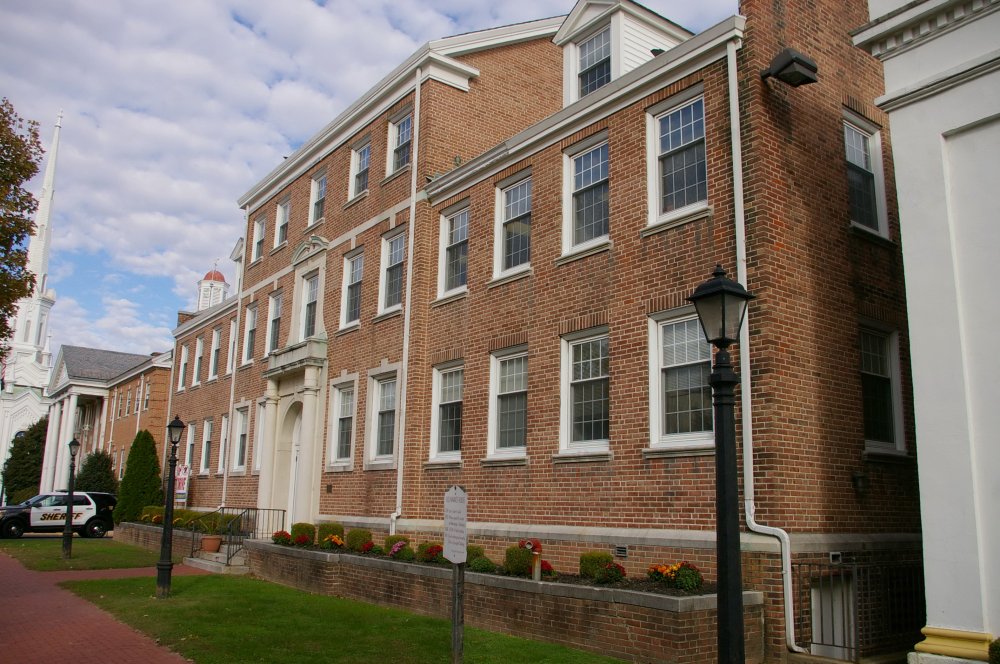 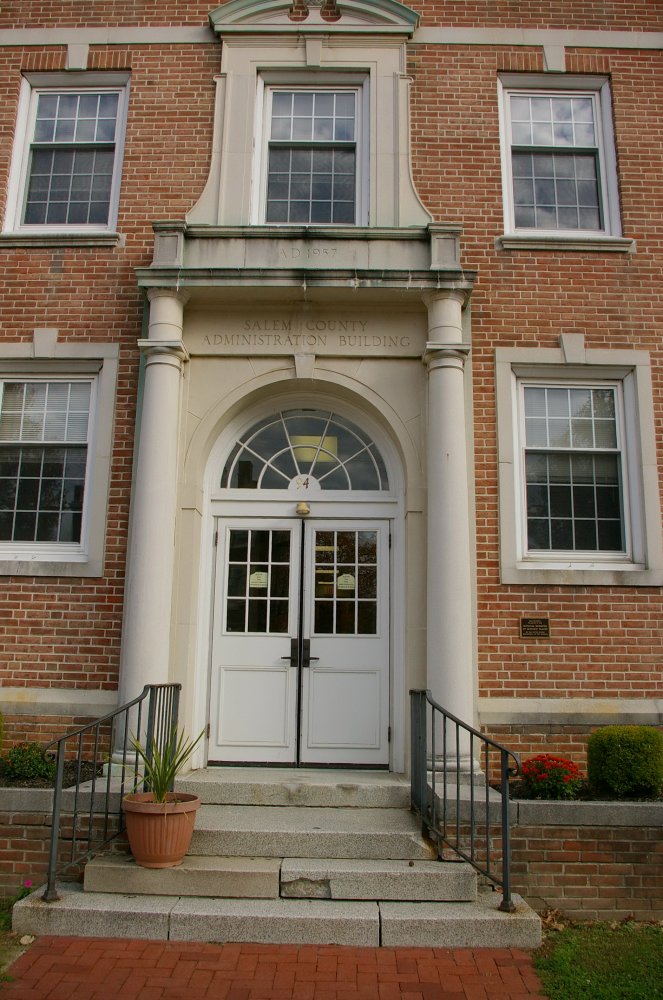