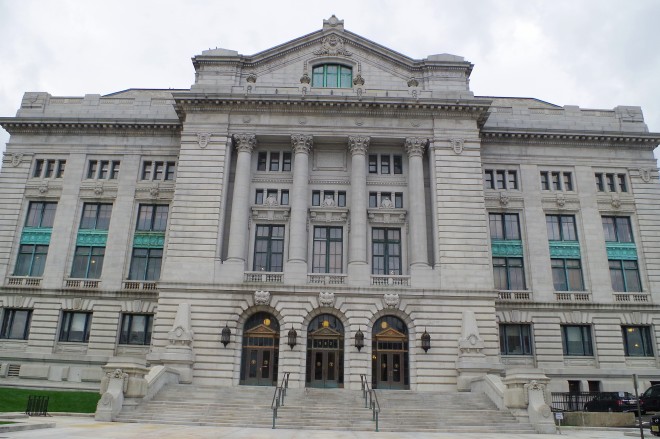 Hudson County is named for the Henry Hudson, who was a English explorer.

Description:  The building faces northeast and is a six story gray colored granite and concrete structure. The building is located on a rise on landscaped grounds and is constructed of granite quarried in Hallowell, Maine. The northeast front has a projecting center section with three arched entrances on the first story and four Corinthian columns rising from the second story to the top of the third story with large windows between on the second story. At the top is a large stone pediment. The roof is hipped. The courthouse is constructed of granite quarried in Hallowell, Maine. The front a frieze above the main entrance bearing the inscription “Precedent Makes Law; If You Stand Well, Stand Still.” The interior has colorful pearl, gray and green-veined marbles, golden light fixtures, yellow, green, and blue paint. Standing in the great central court, three stories above is the magnificent rotunda to a dome whose outer rim is painted with the signs of the zodiac and whose center is an eye of stained glass worthy of Tiffany. The building is named as the Justice William J Brennan Jr. Courthouse. The building was restored in 1985.

Note:  The cost of construction was $3,328,016.56. John Gill & Son of Cleveland, Ohio completed the interior and furnishings.

Note:  The previous courthouse was designed and built by William Kirk and Thomas Thomas, carpenter, and William Brown, mason, from 1844 to 1845. The building was demolished in 1910. The plans were used to build the courthouse in Ocean County which courthouse still stands. 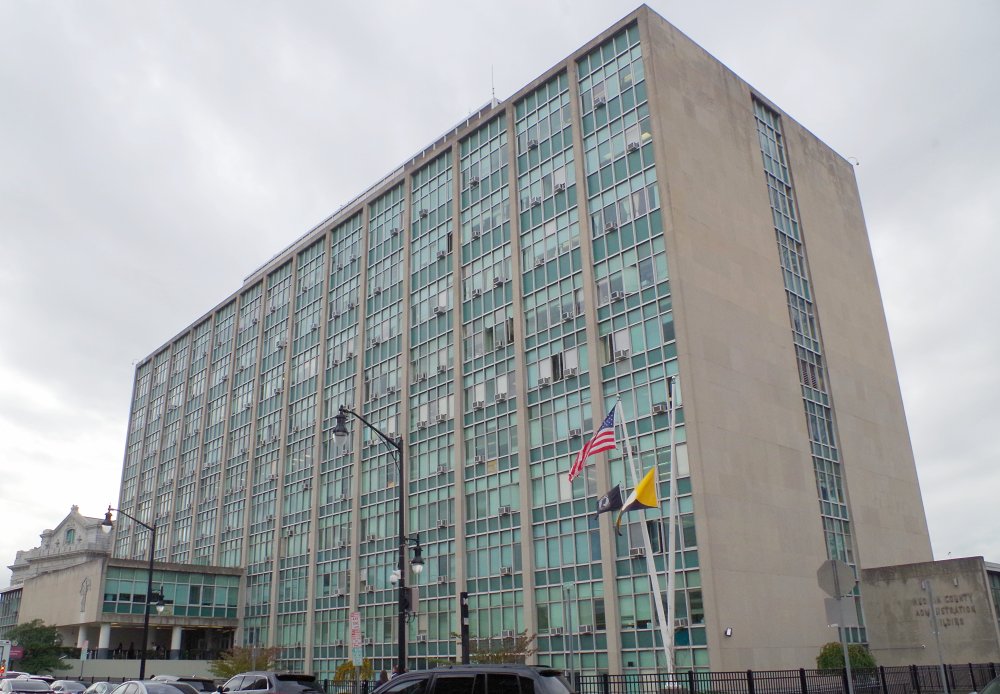 Description:  The building faces northeast and is a ten story glass and concrete structure. The rectangular shaped building is located on the northwest side of the old courthouse. Vertical concrete dividers run between the glass windows. On the northeast front is an extended two story section with the main entrance. The roof line is flat. The building was expanded in 1964 to 1966 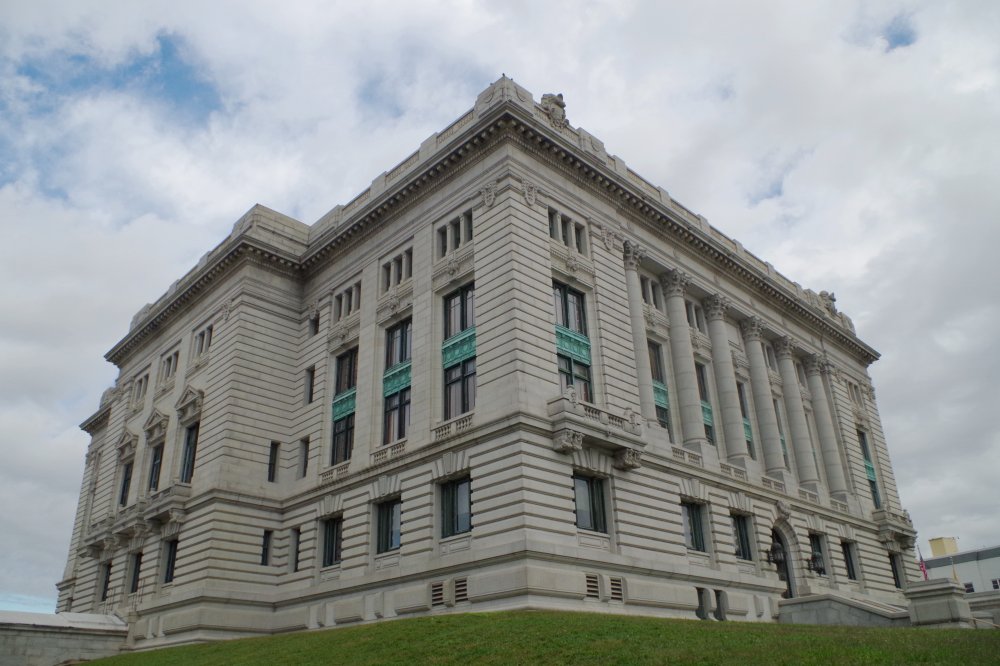 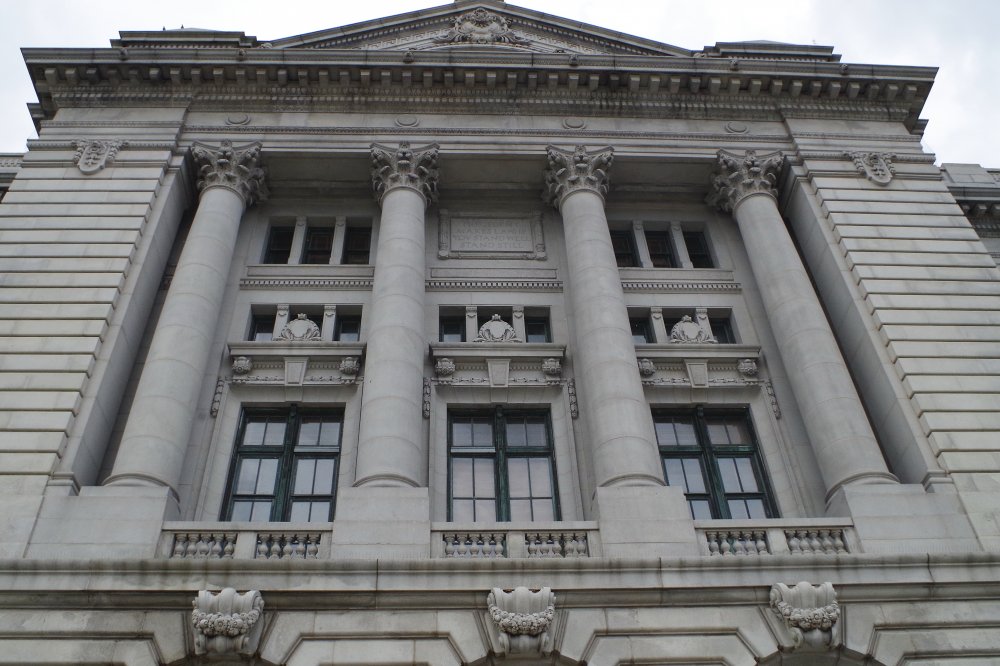 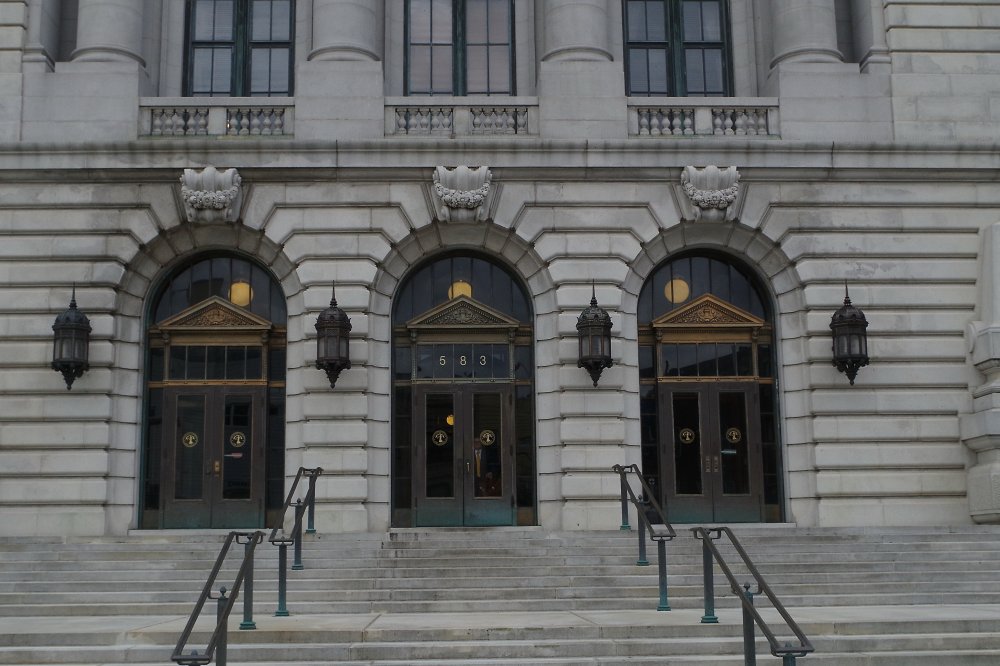 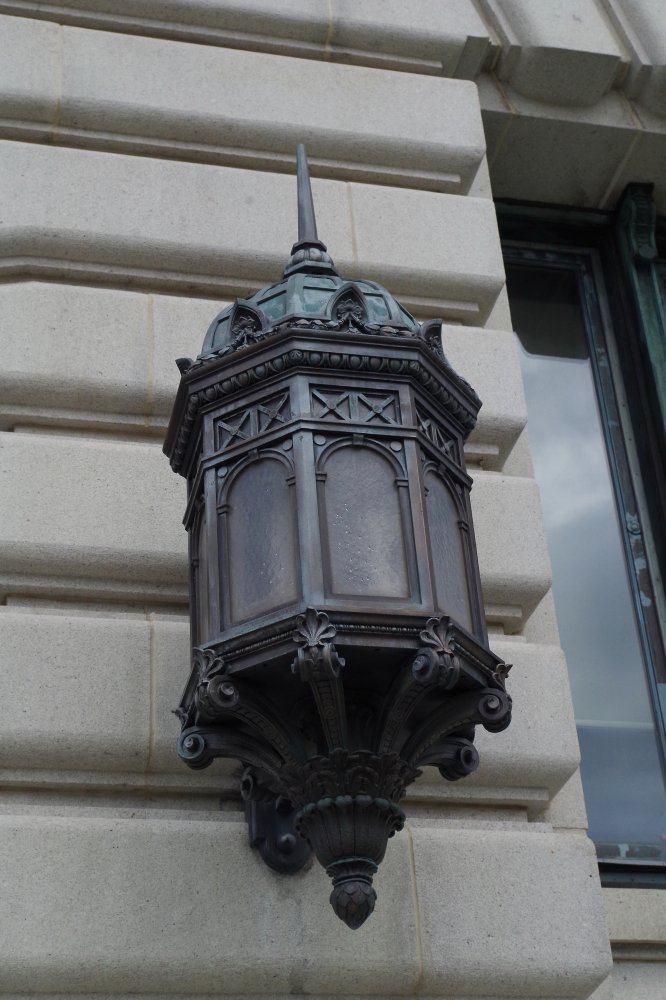 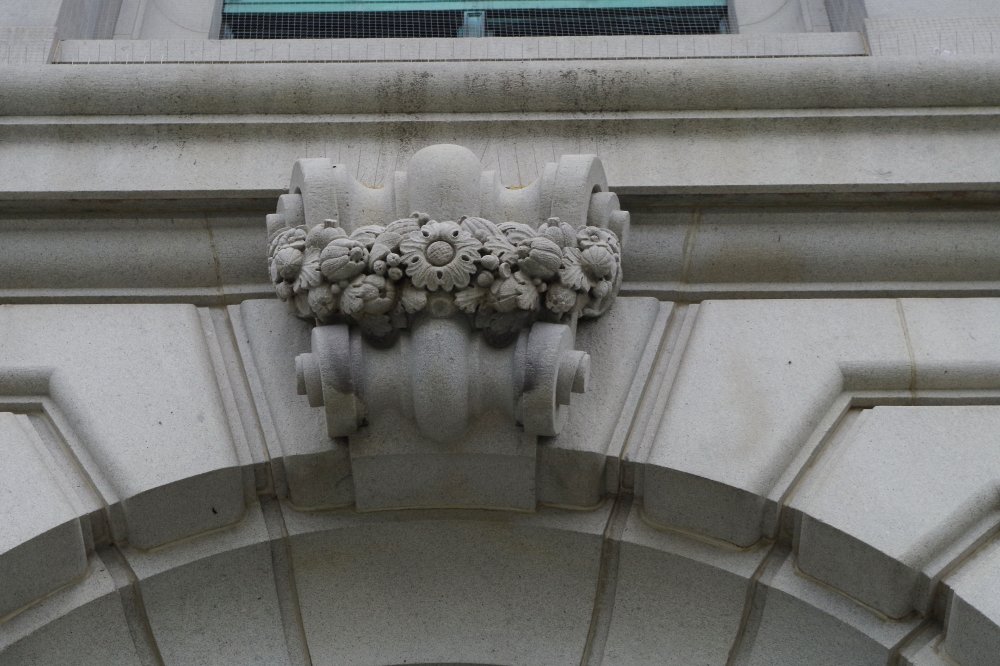 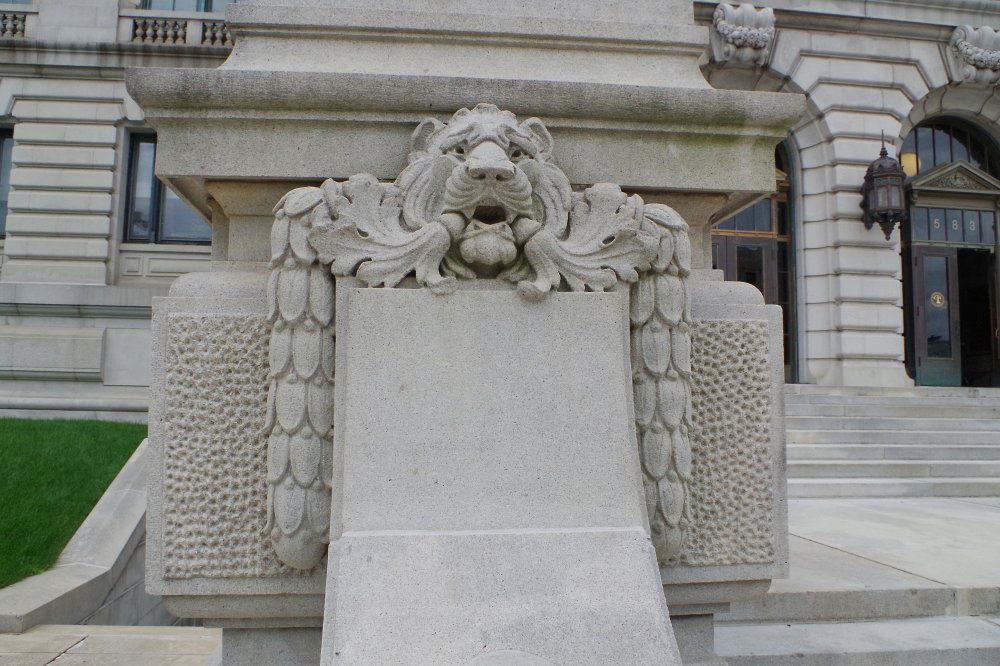 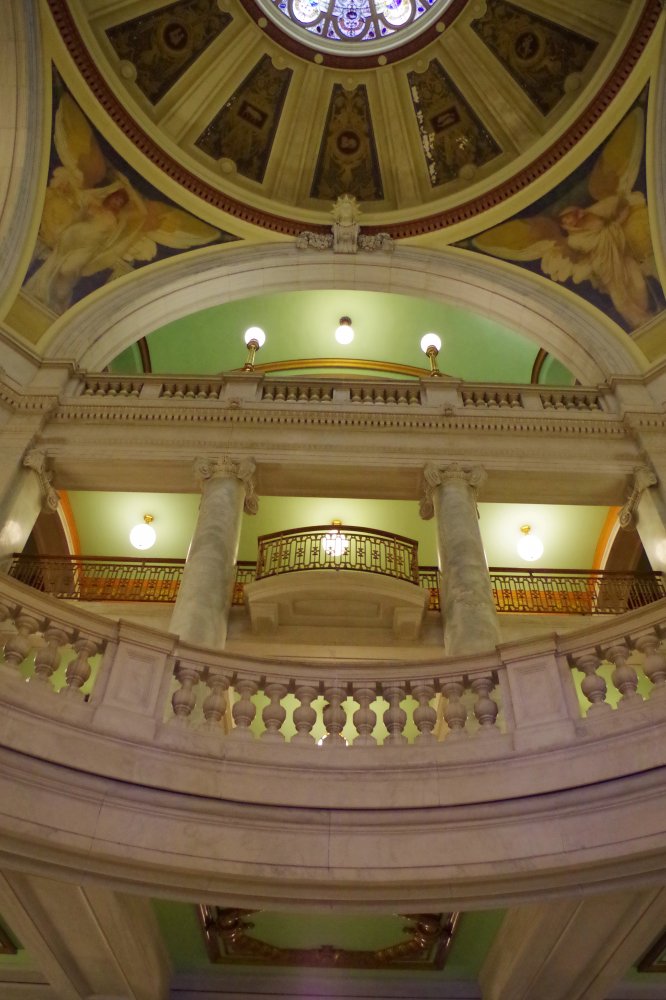 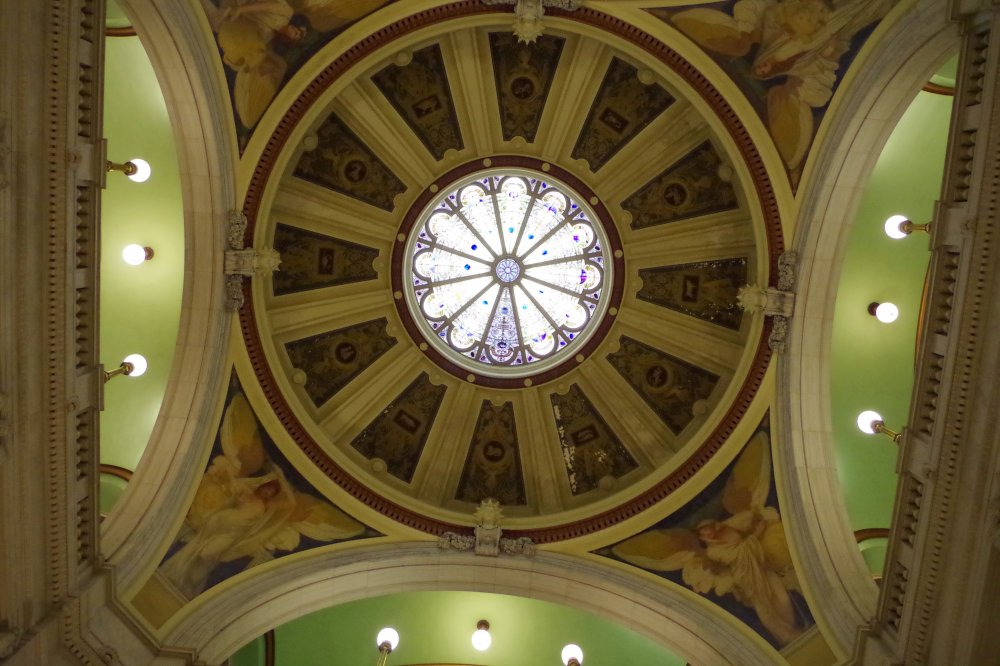