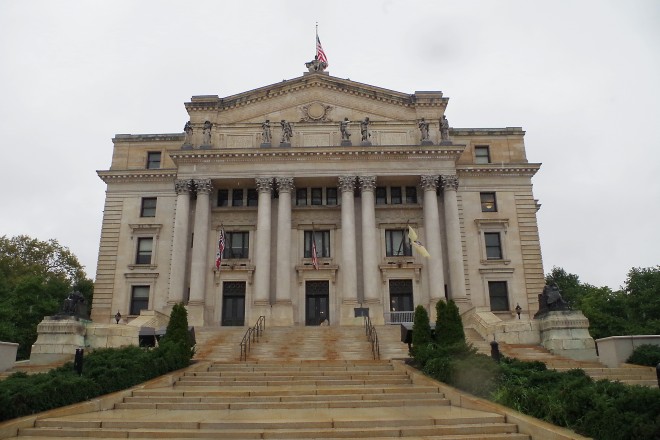 Description:  The building faces east and is a five story marble clad structure. The rectangular shaped building is located on elevated landscaped grounds. The building has a granite base. The east front has a large portico with four double Corinthian columns rising to a wide header. The three entrance on the first story are recessed. At the apex of the front is a marble pediment with the enthroned robed figure of Justice by Andrew O’Conner. The sculptures were completed by Piccirilli Brothers. The interior has a rotunda decorated with allegorical murals and paintings depicting law and justice. Supported on massive stone piers and ringed by staircases and open corridors, the rotunda is crowned by a central Tiffany stained-glass skylight, flanked by two smaller side domes. In 1929, the building was renovated by local architects Guilbert and Betelle. 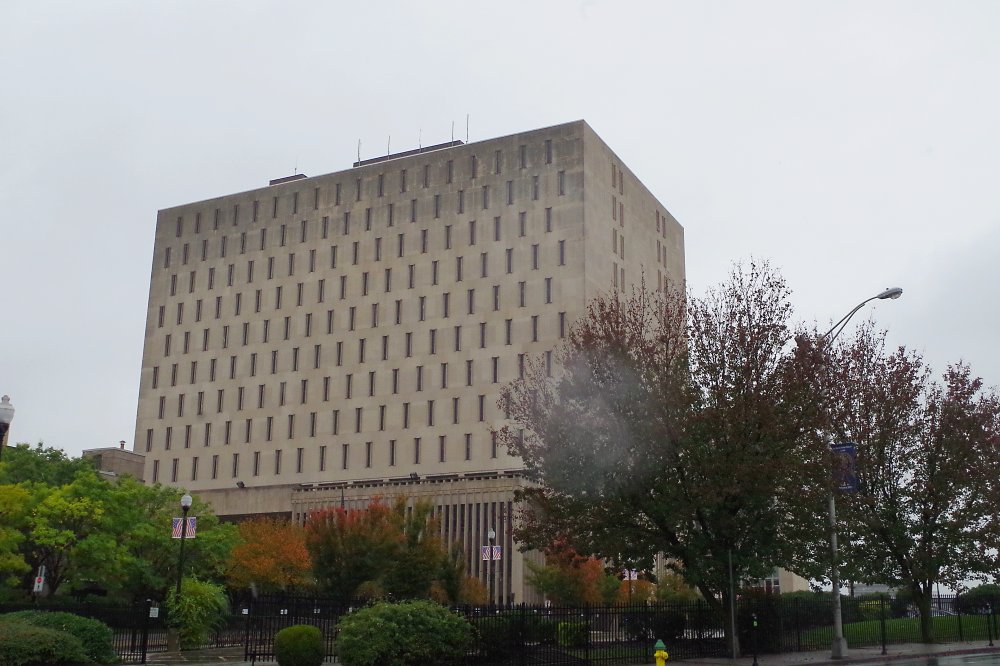 Description:  The building faces east and is a thirteen story concrete and glass structure. The rectangular building is located on landscaped grounds, west of the old courthouse. The lower three stories form the extended base on the east and west sides and have vertical concrete pillars with recessed glass walls. The central entrance is recessed. The third story has columns supporting the top nine stories which have narrow vertical windows. The roof line is flat. 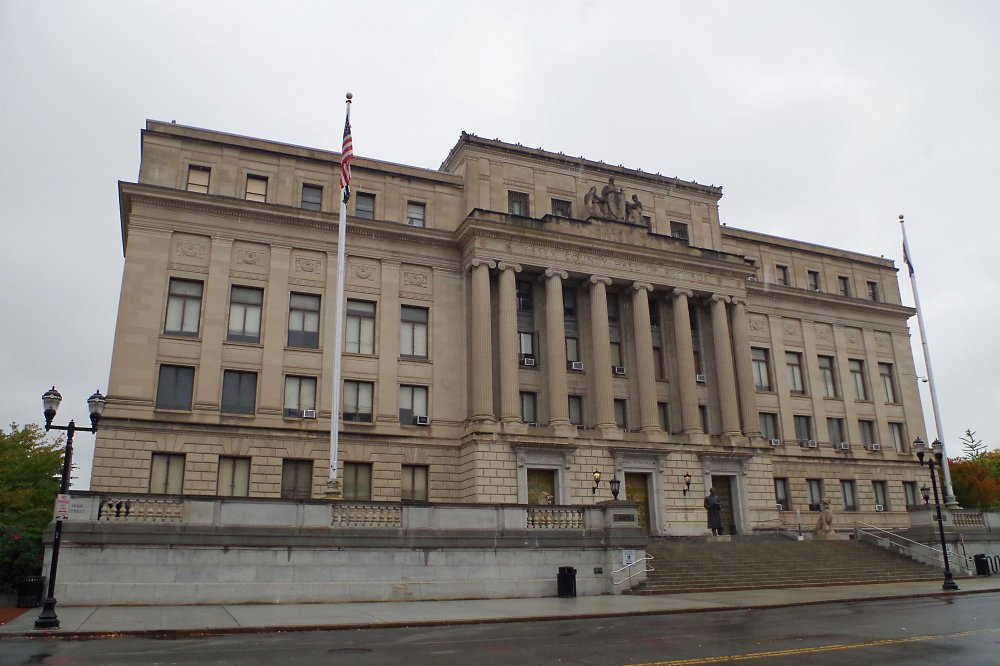 Description:  The building faces east and is a four story stone structure. The building is located on the west side of the old courthouse. The first story is of rusticated and bush hammered limestone and above, the walls are of plain limestone. The entrance portico has an Ionic order of eight free standing columns with a pediment above carrying a carved group. The first story has three central entrances. Above the first story is a projecting cornice with iron railing. Above the third story ia projecting cornice. The roof line is flat. 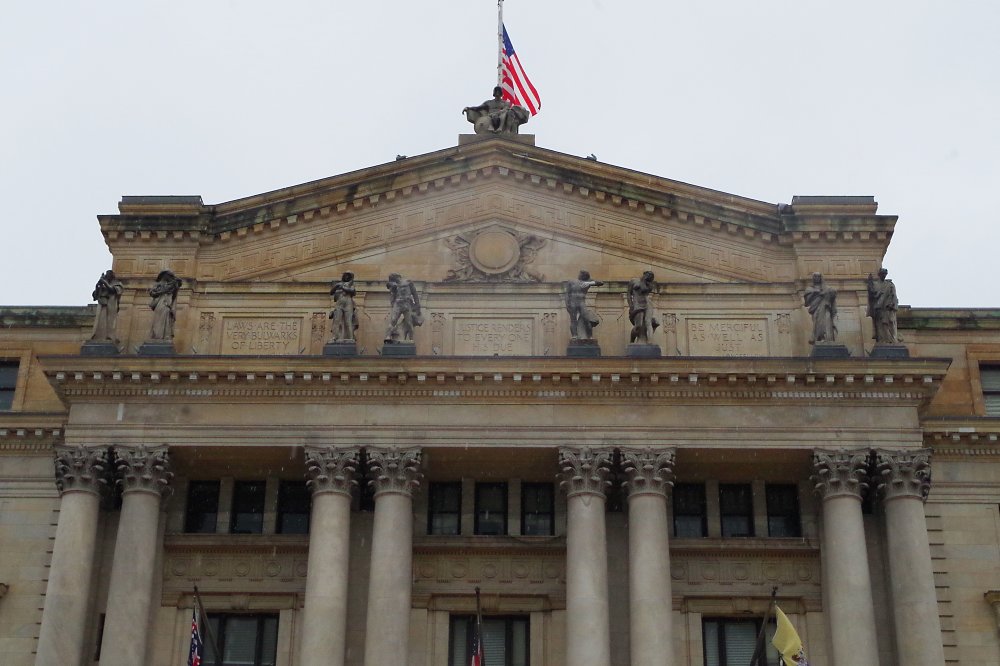 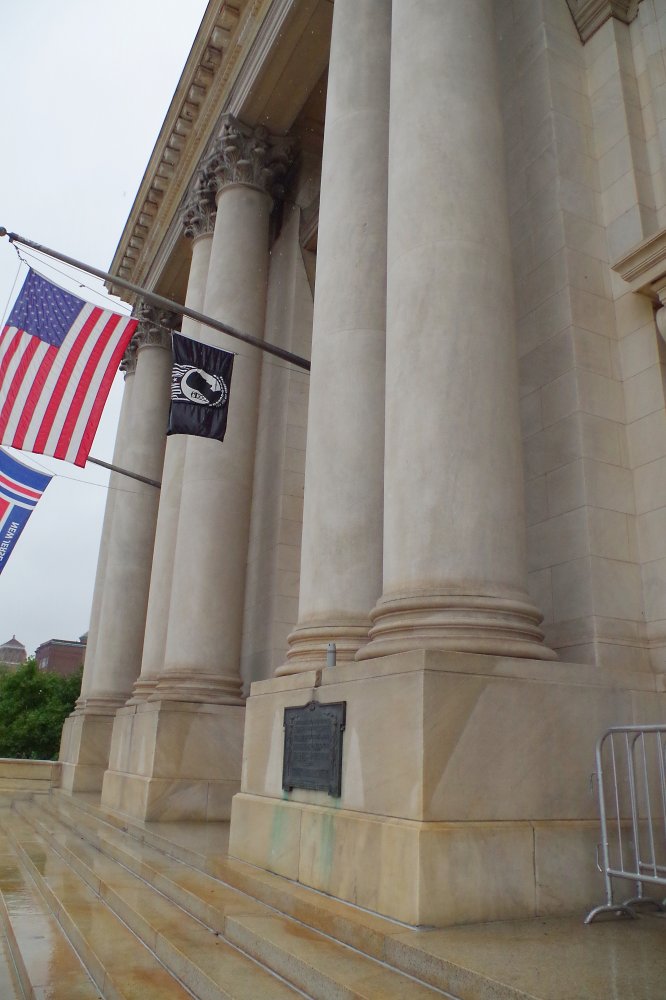 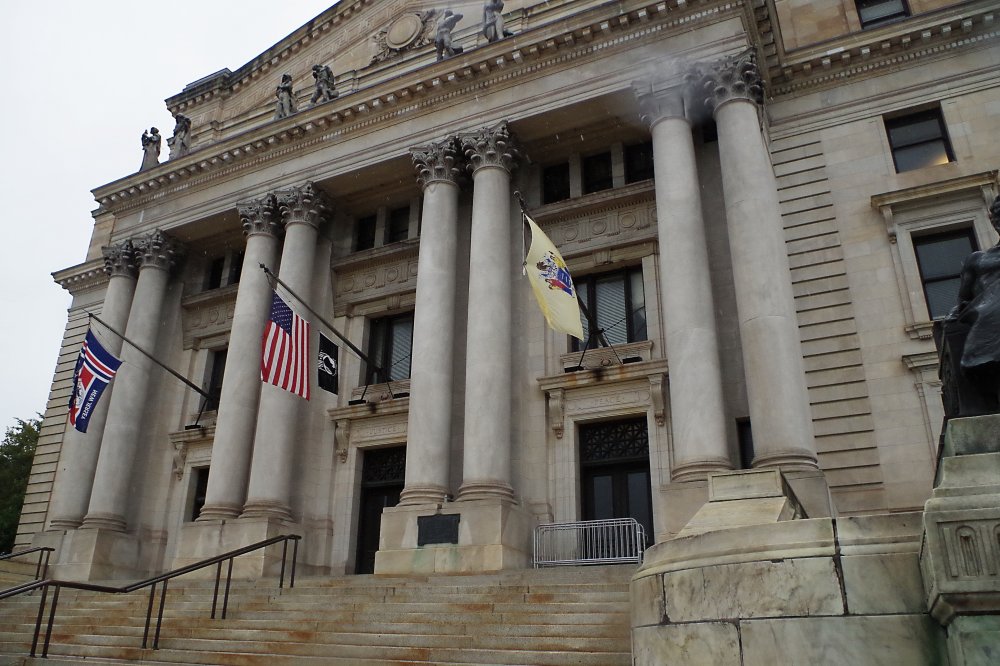 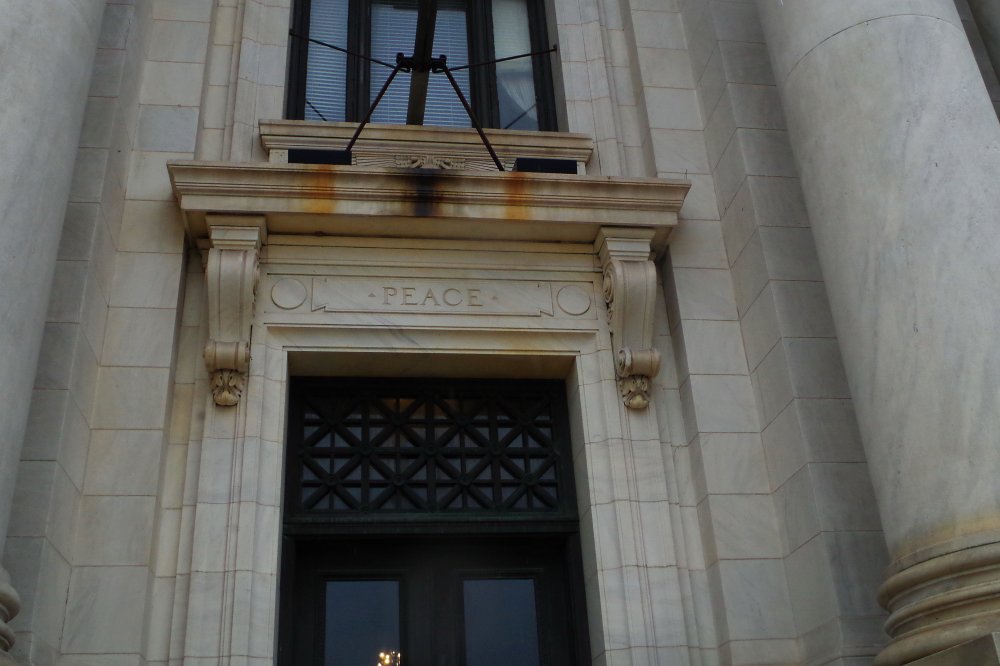 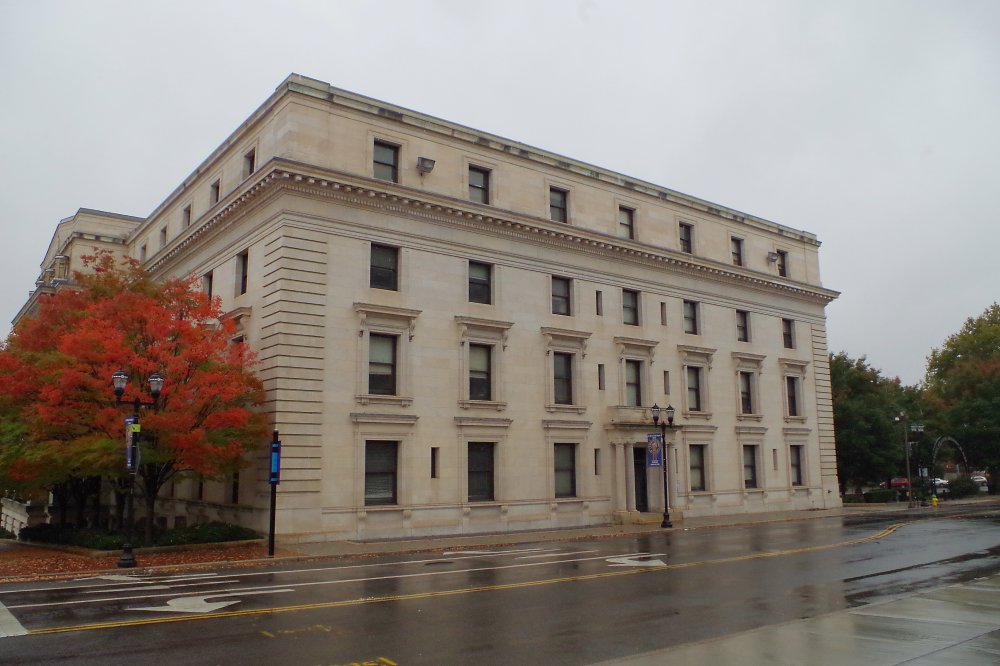 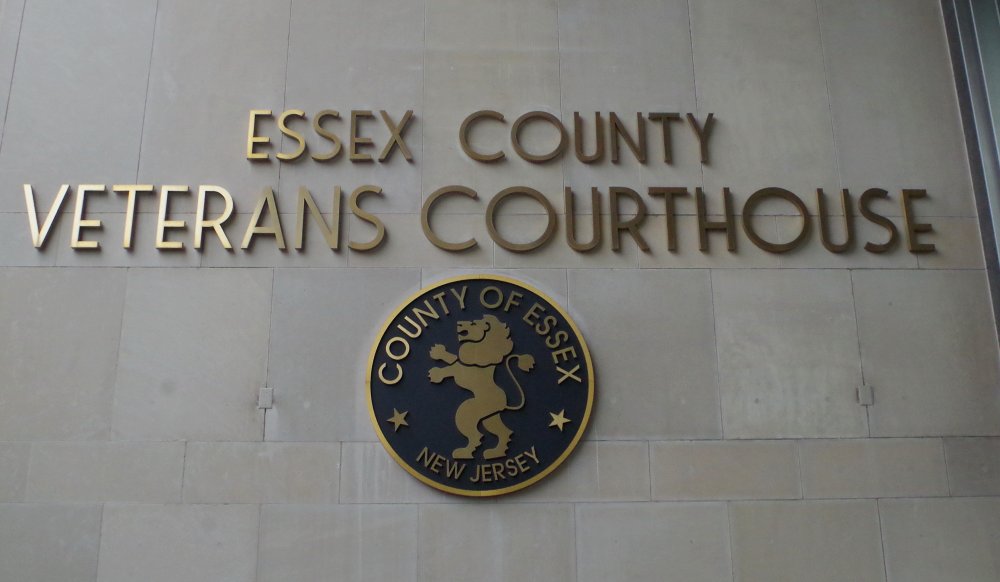 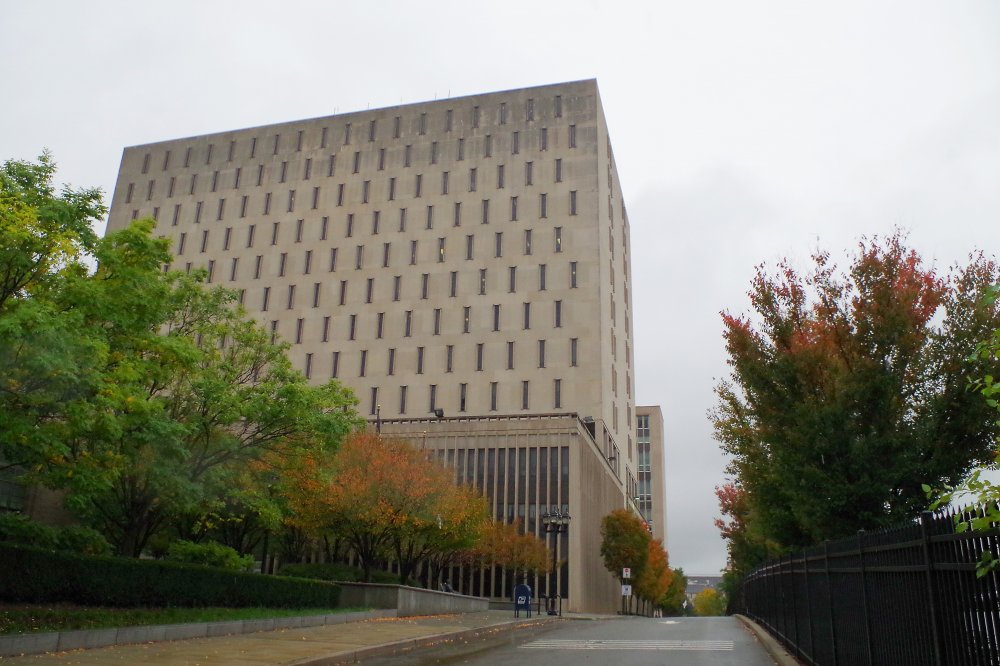 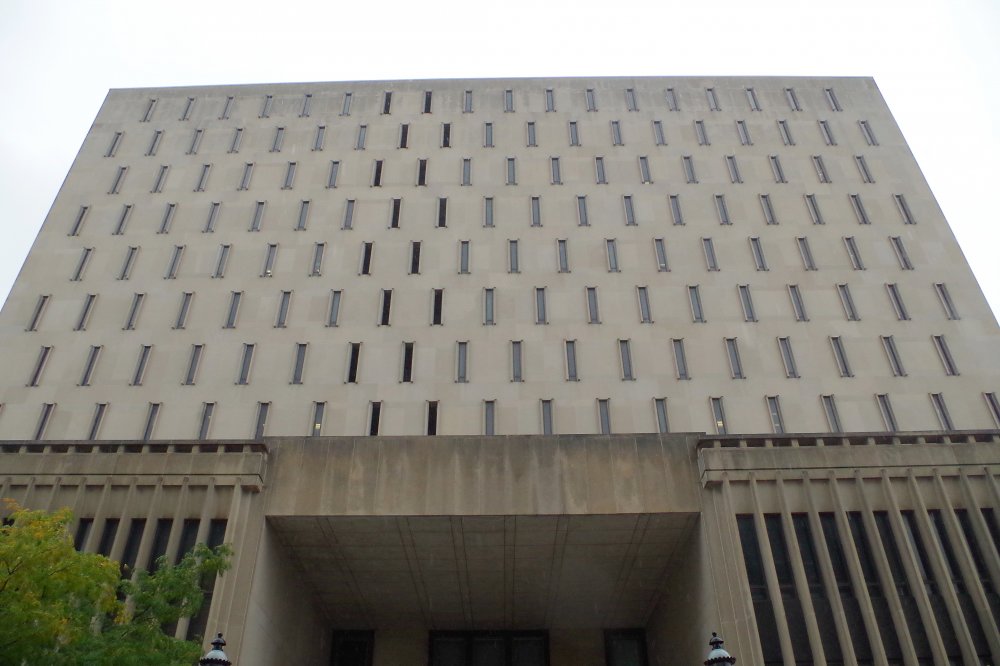 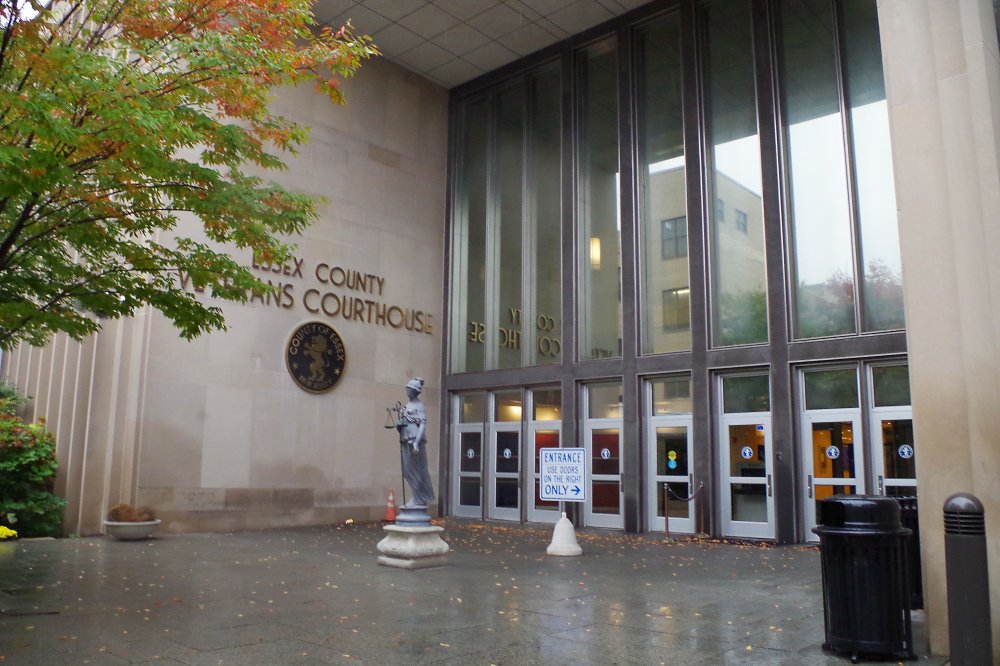 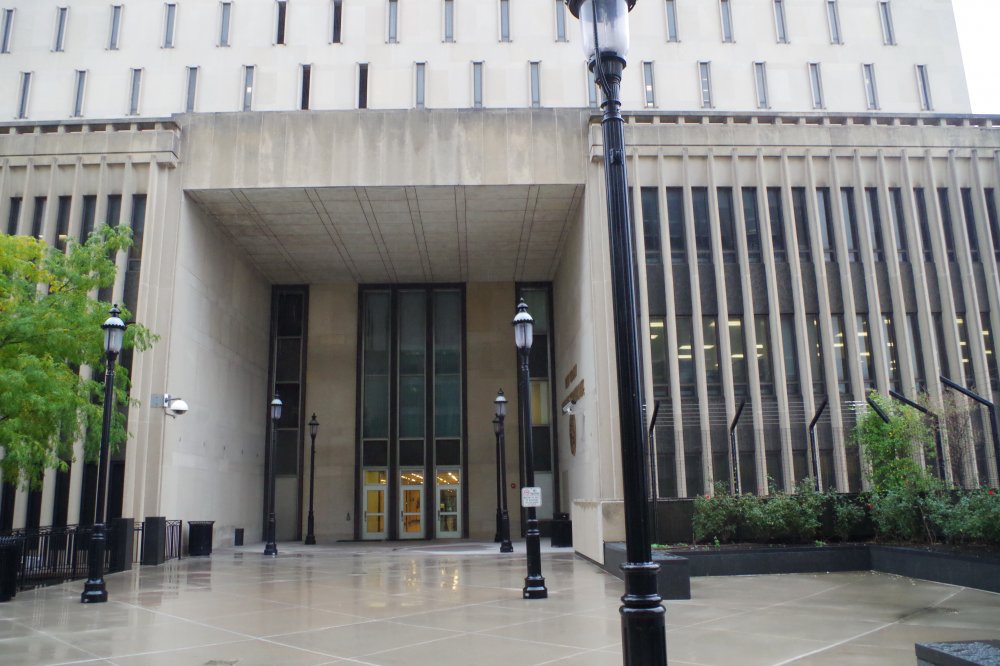 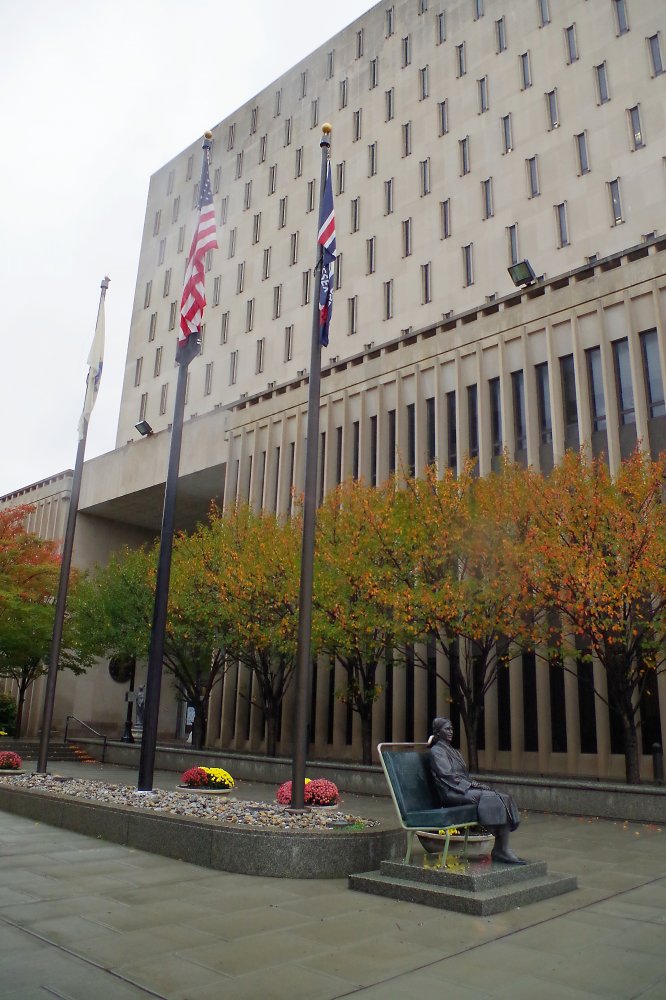