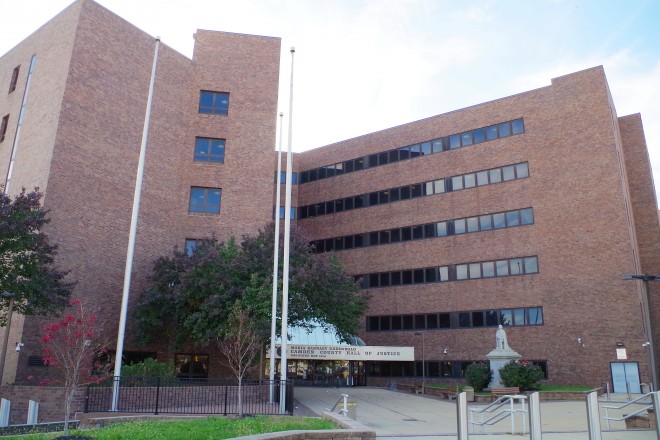 Camden County is named for Charles Pratt, 1st Earl Camden, who supported the colonists during the American Revolutionary War.

Description:  The building faces north and is a a six story red colored brick, concrete and glass structure. The building is located on spacious landscaped grounds and forms a “V” with a west wing and south wing, The main entrance with glass pyramid is located at the join of the two wings, The windows are horizontal and the roof line is flat. The building is named as the Maria Barnaby Greenwald Hall of Justice.

Note:  The first courthouse was designed by Samuel Sloan and was built by Daniel A Hall in 1852 at a cost of $40,970. In 1875, a one story building was built. The buildings were torn down to make room for the 1904 to 1906 courthouse. The architect was Rankin, Kellogg & Crane and contractor was Lee & Company. The building was torn down. 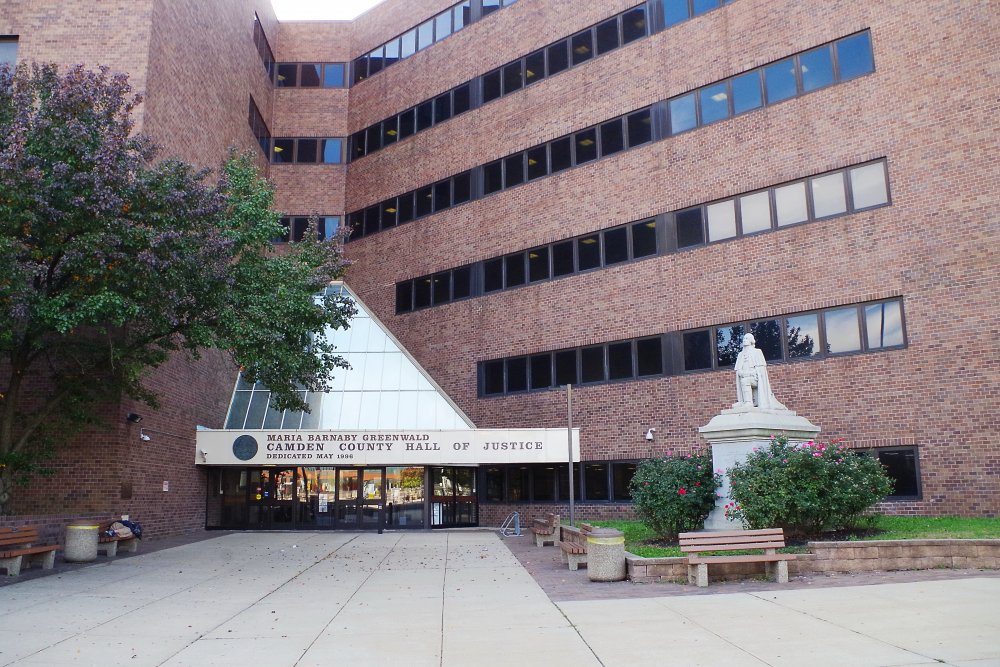 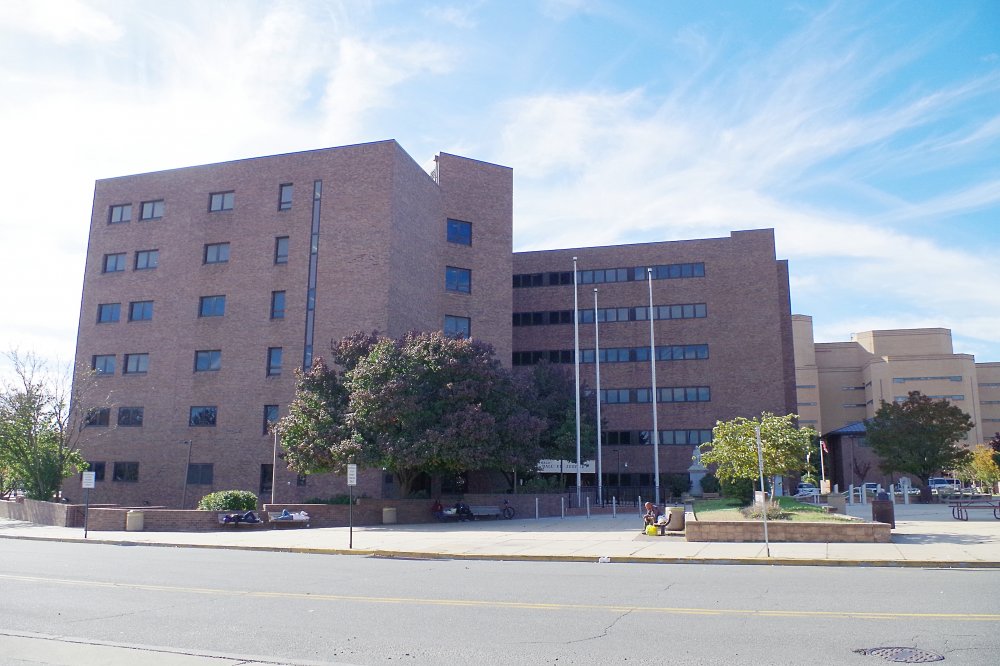 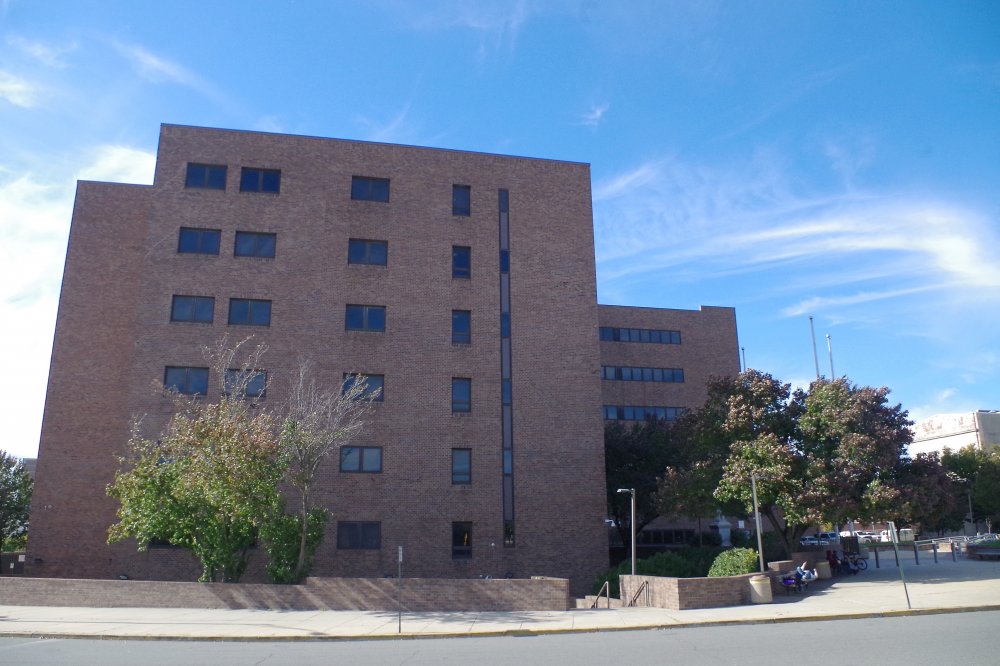 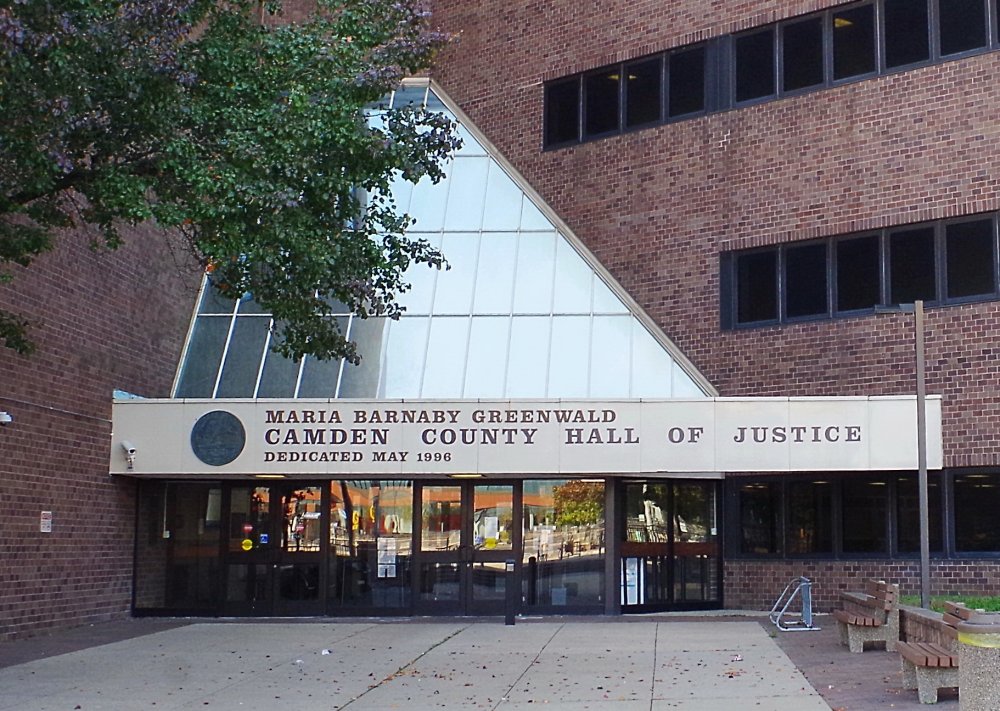 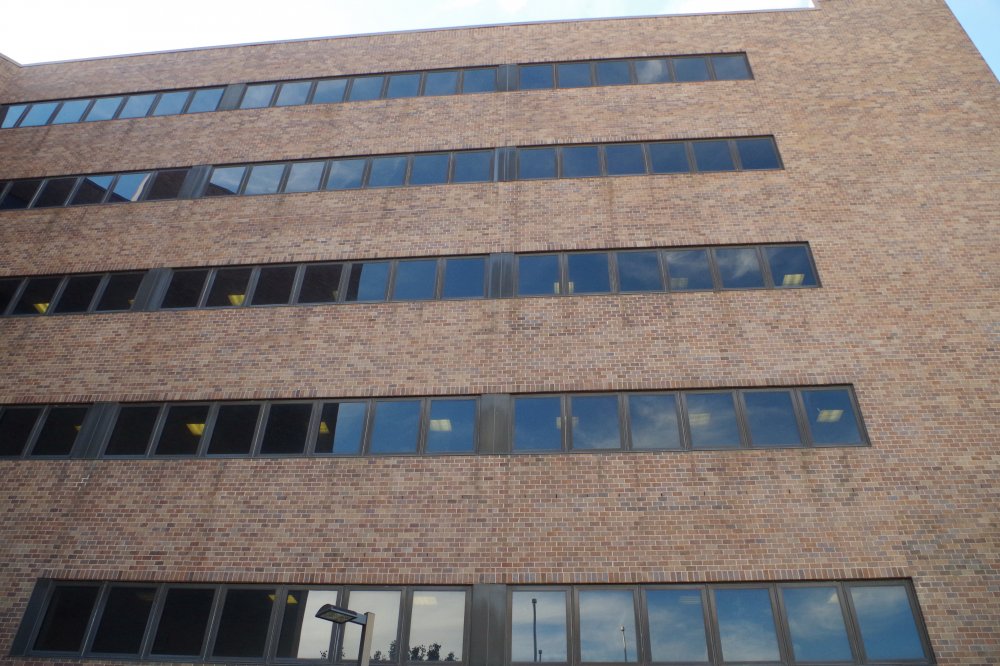 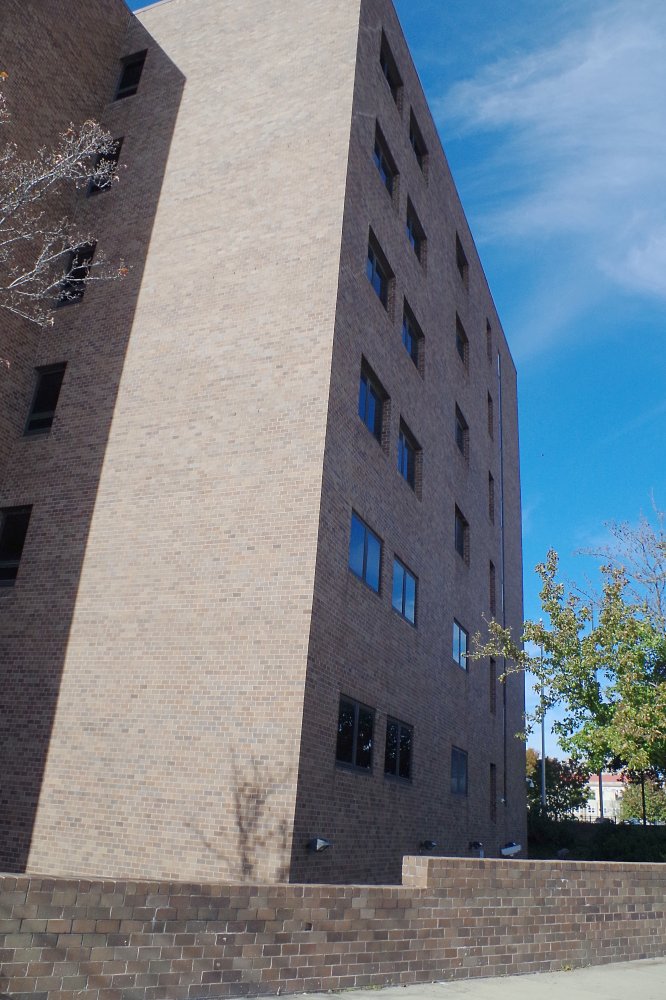 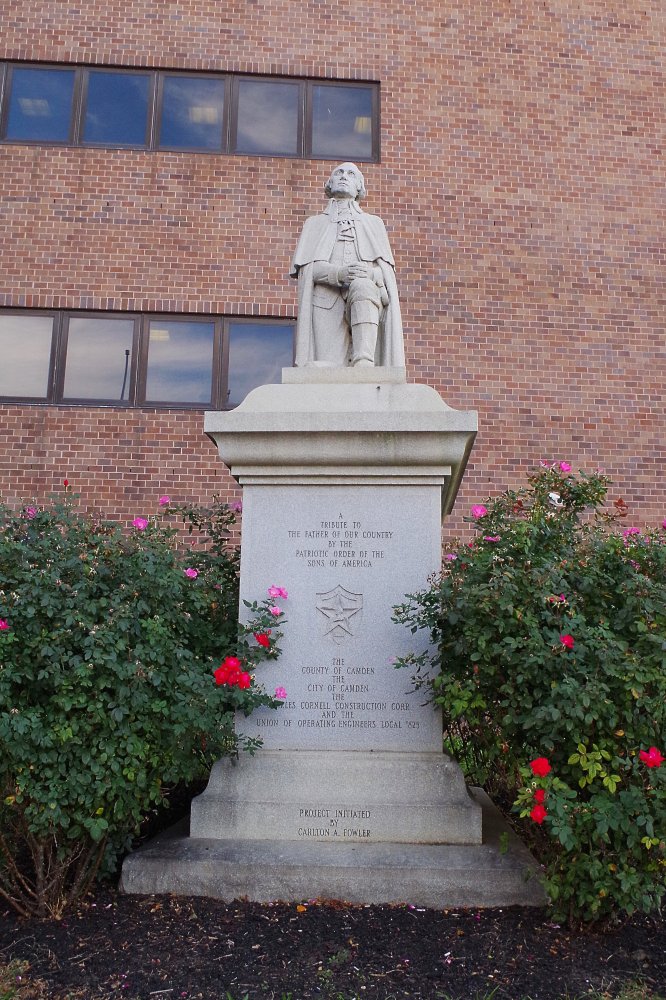