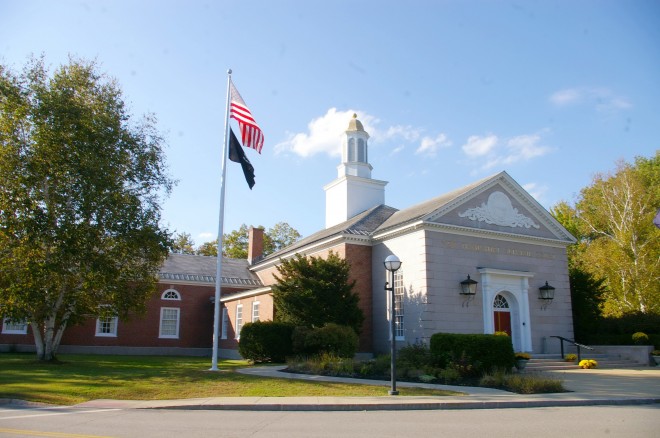 Description:  The building faces east and is a one story red colored brick and concrete structure. The south front of the  building, is gray colored granite blocks with dark red colored brick on the center, west and east wings. The east entrance is framed with white, and above is a large white replica of the State Seal. Atop the center is a small cupola with small gold colored dome. The building contains the Supreme Court Chamber at the center of the west side. There is a dark wood bench for the judges on the west side of the Chamber, and white colored ceiling and walls. Individual captain chairs are used for seating. The roof was replaced in 2018 by D L King & Associates Inc. of Nashua.

The Supreme Court building, located at One Charles Doe Drive in Concord, was dedicated in September 1970 at a ceremony attended by the late fourteenth Chief Justice of the United States, Earl Warren. Frank Rowe Kenison was the Chief Justice of the court at the time, though due to illness was unable to attend the dedication. The building is named as the Frank Roe Kenison Supreme Court Building. Previously the court sat in the State Library building next to the State House.

Modeled in the colonial Williamsburg style, the building houses the chambers of the members of the Supreme Court, staff offices, the clerk’s office, the state law library, and the courtroom where the justices hear oral arguments. The building is said to be modeled on the Commons at Holderness School in Plymouth, New Hampshire.

See:  The Supreme Court is located in Merrimack County. 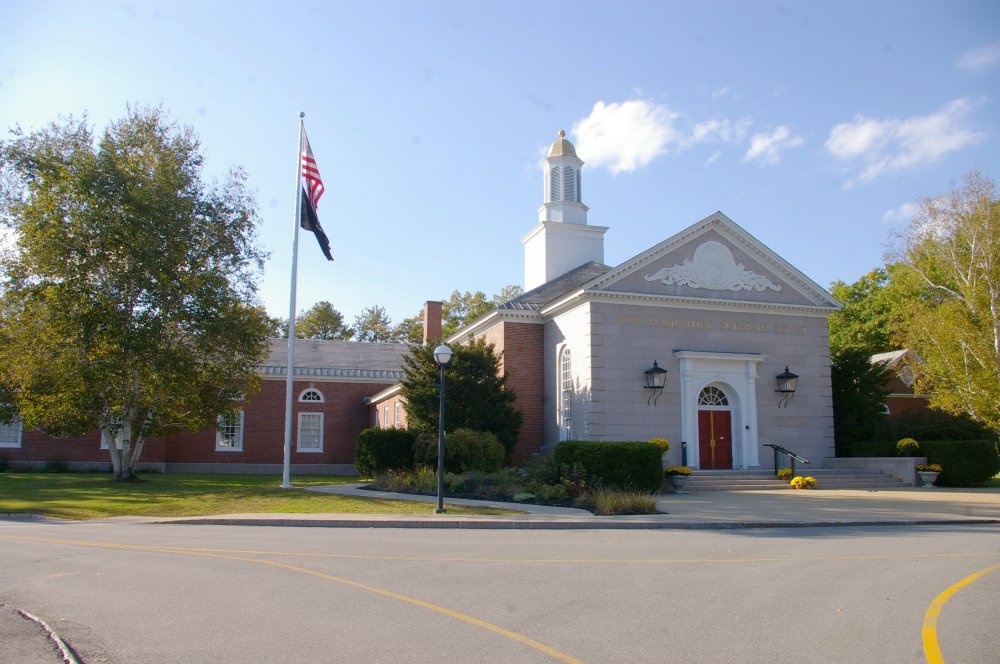 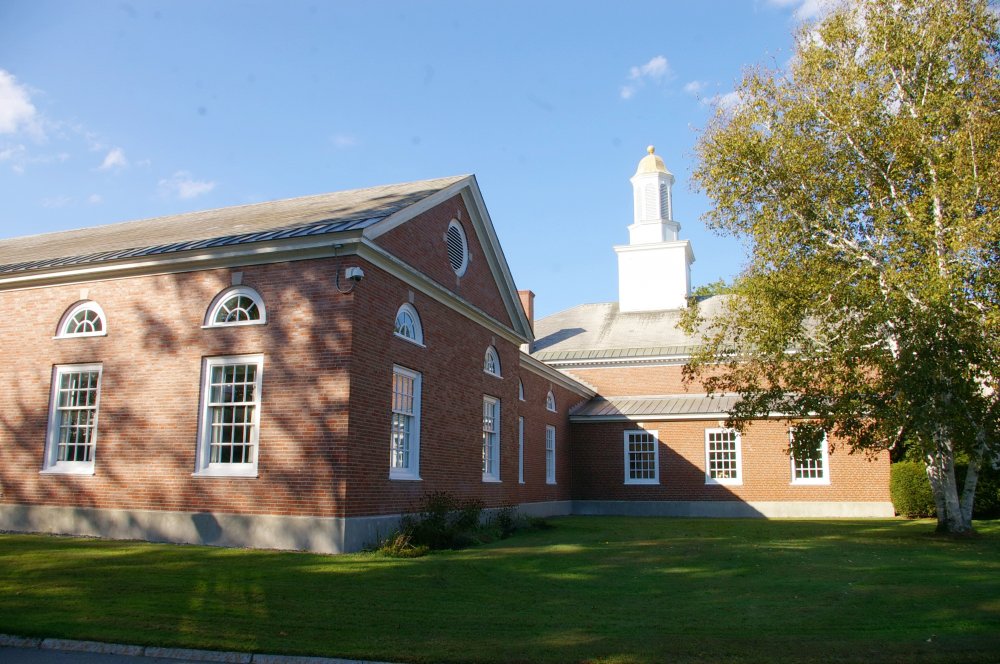 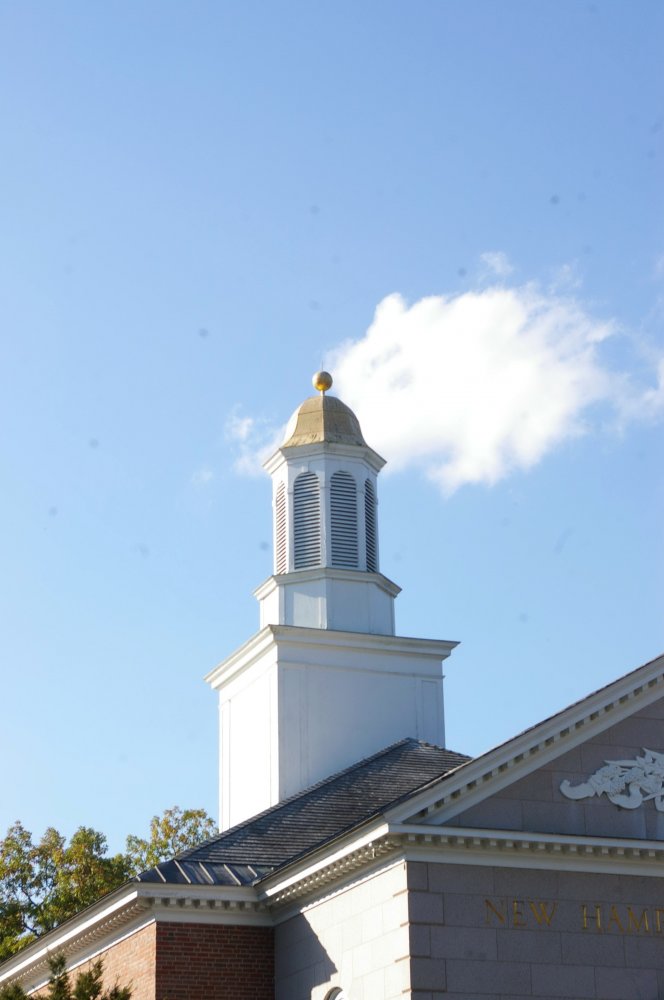 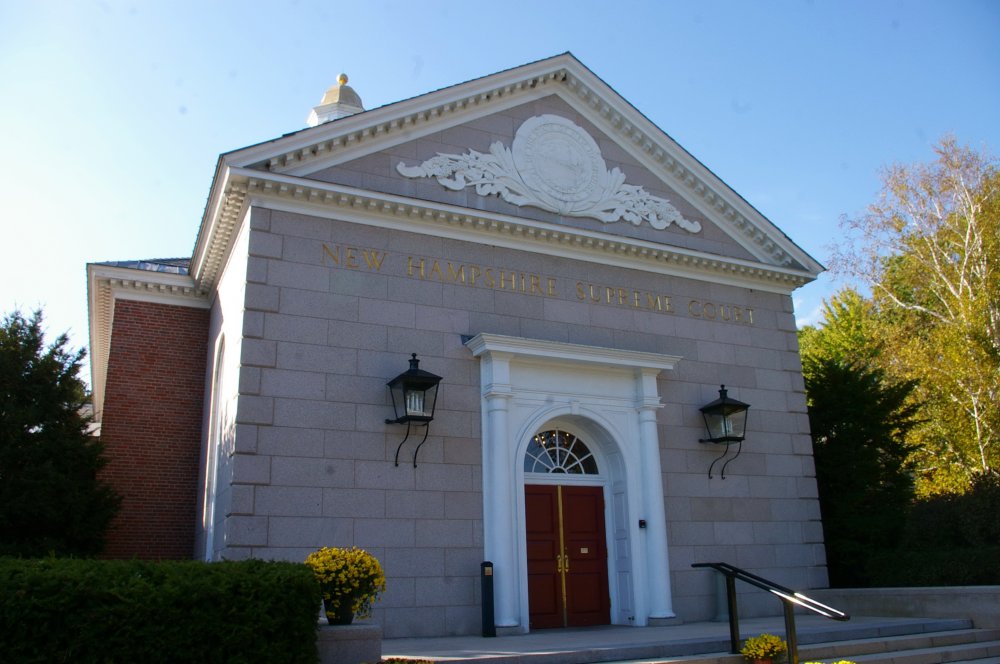 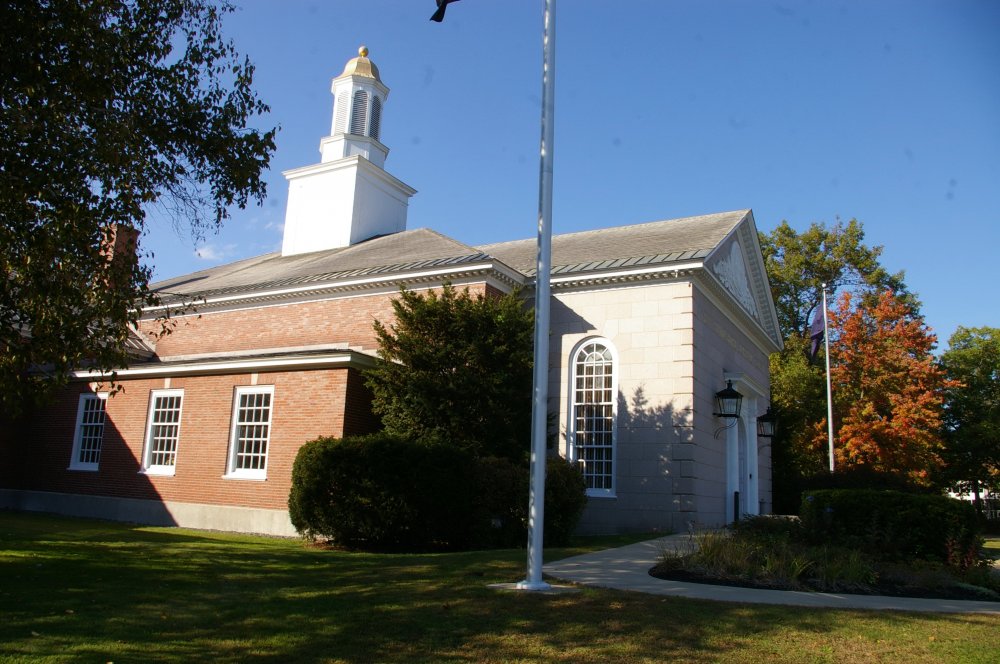 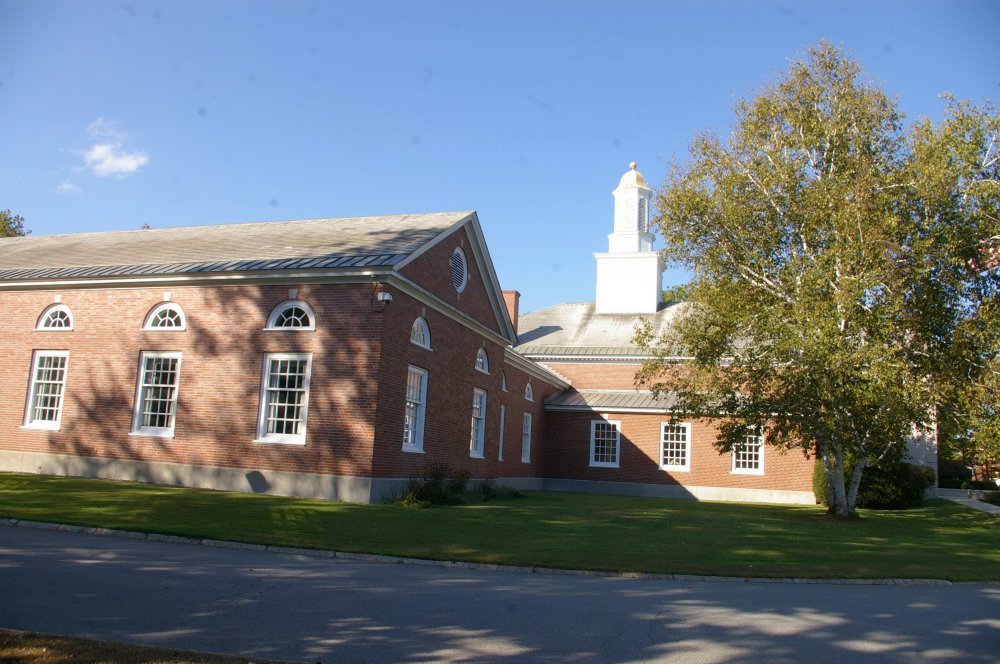 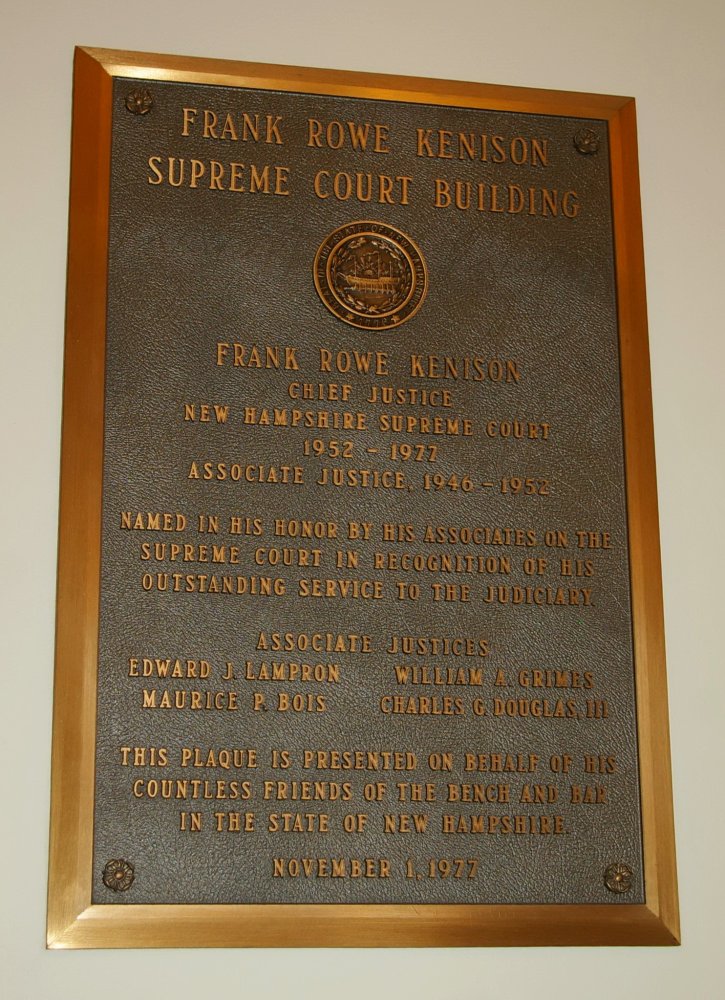 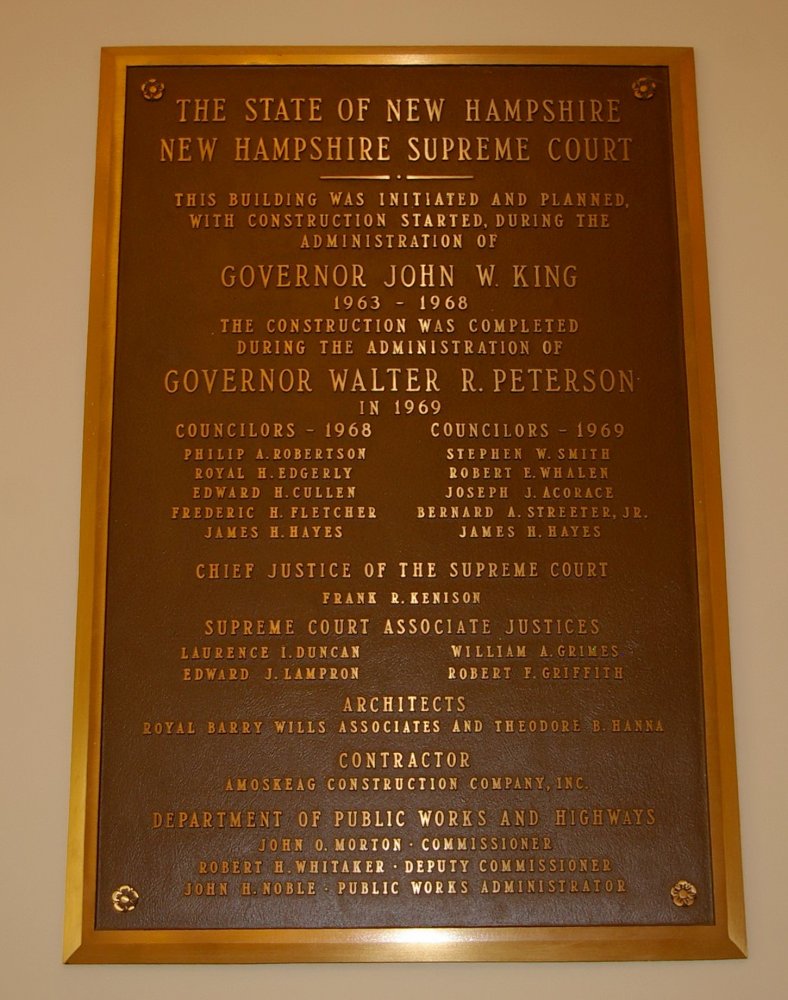 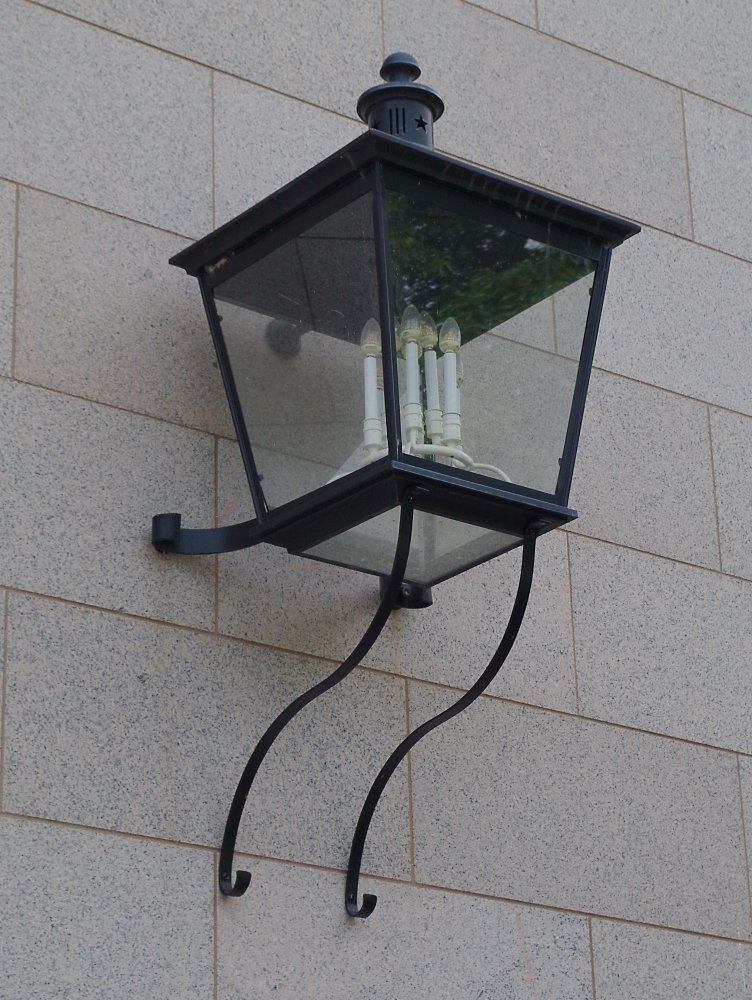 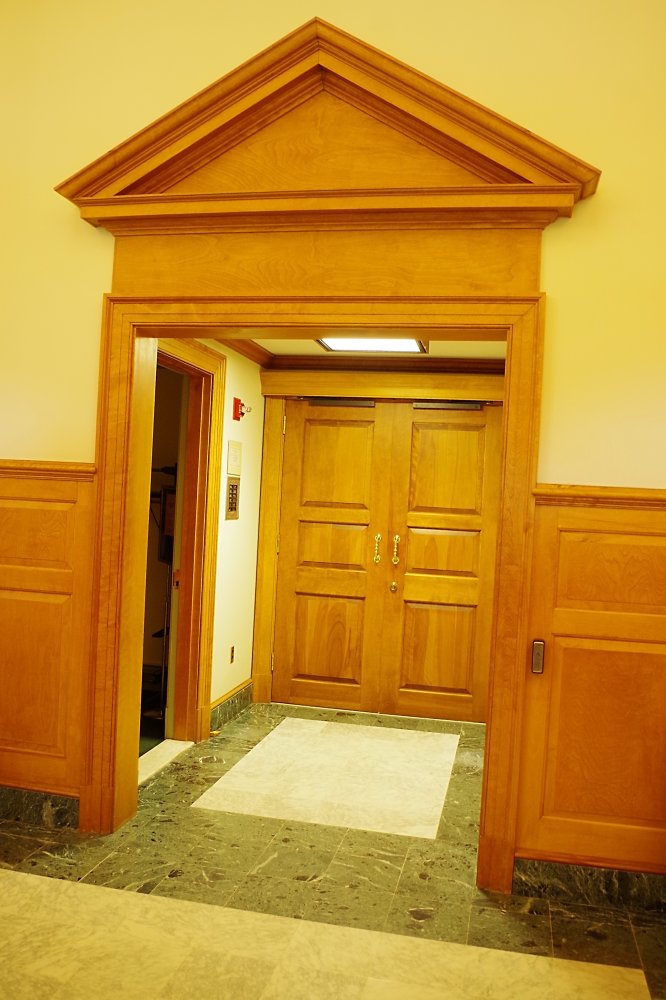 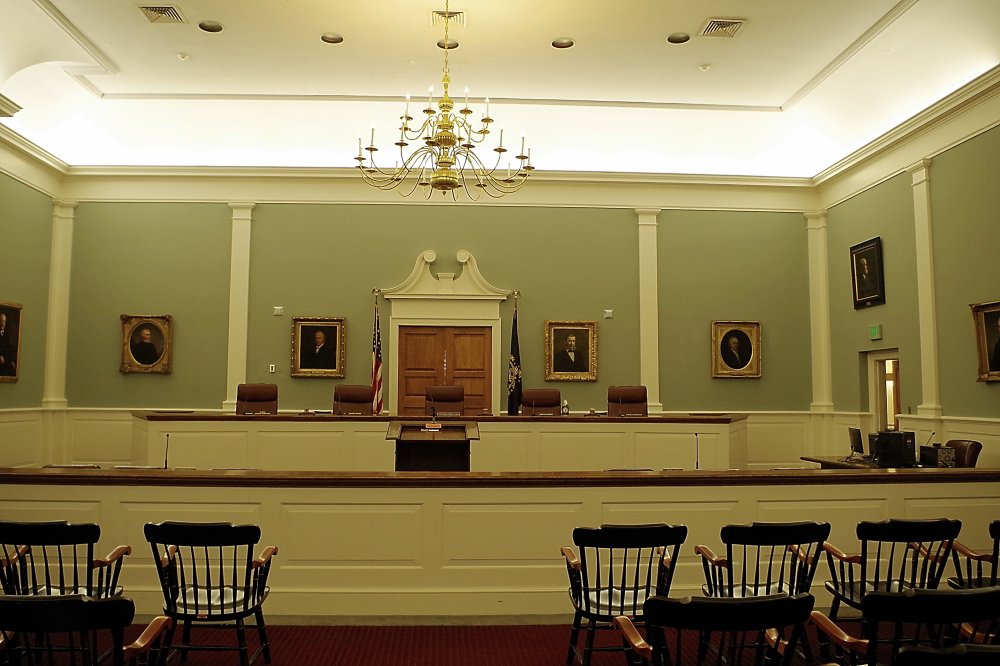 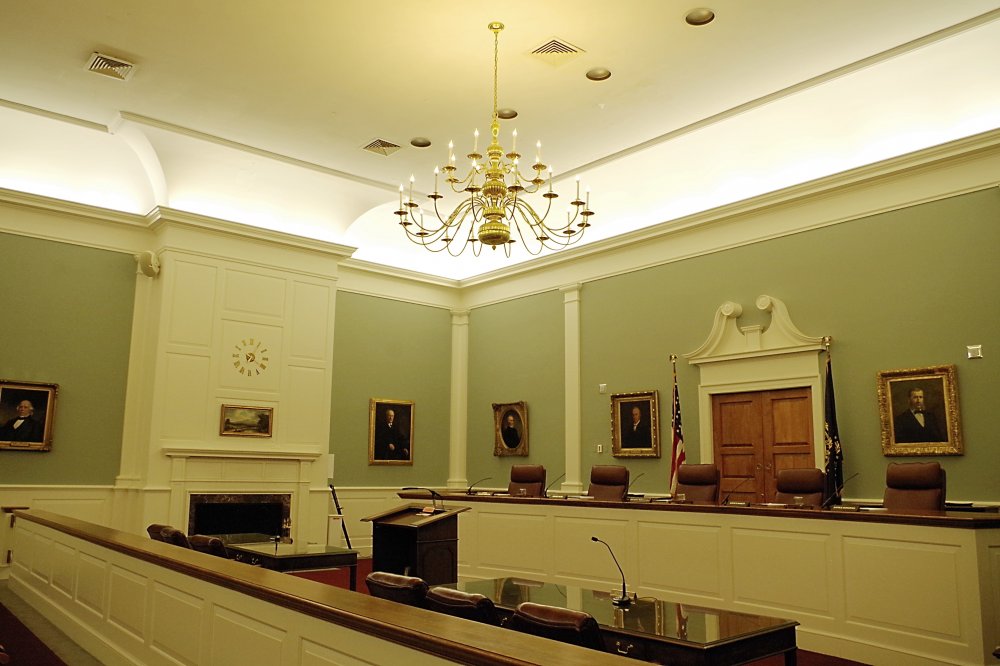 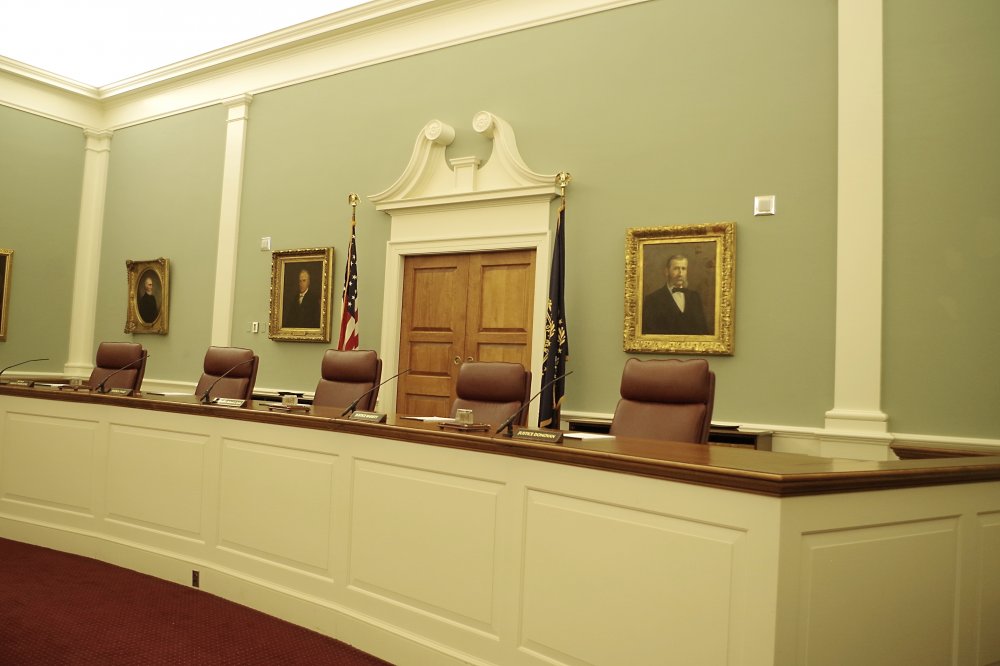 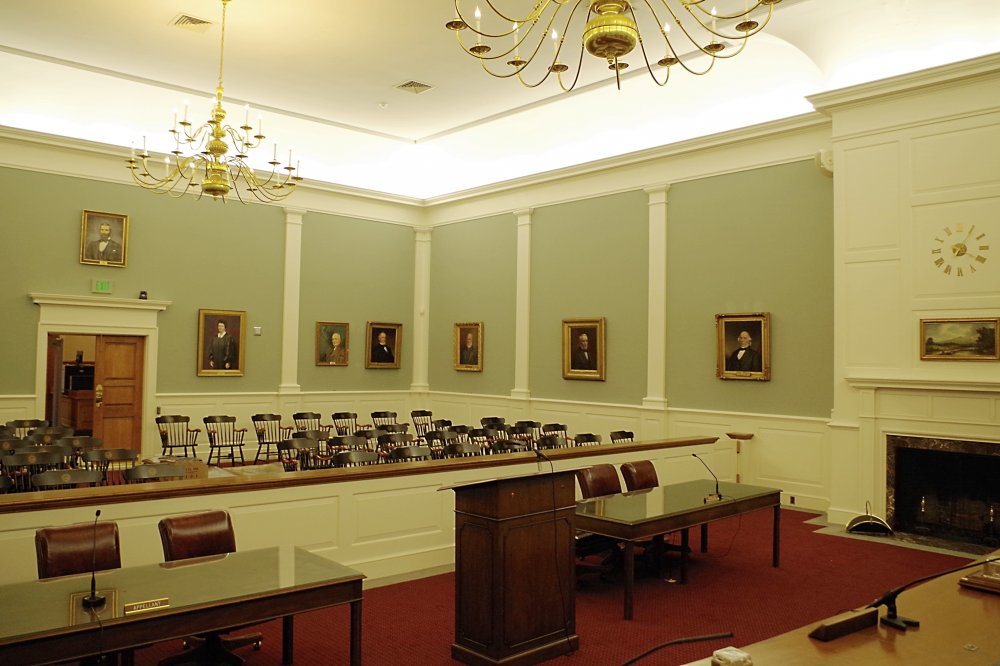 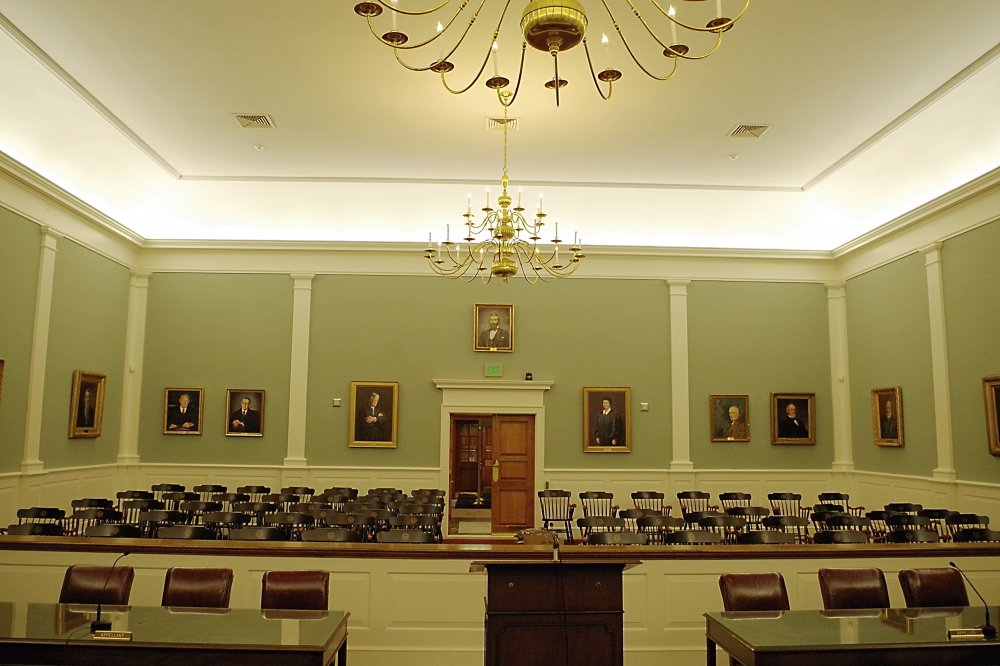 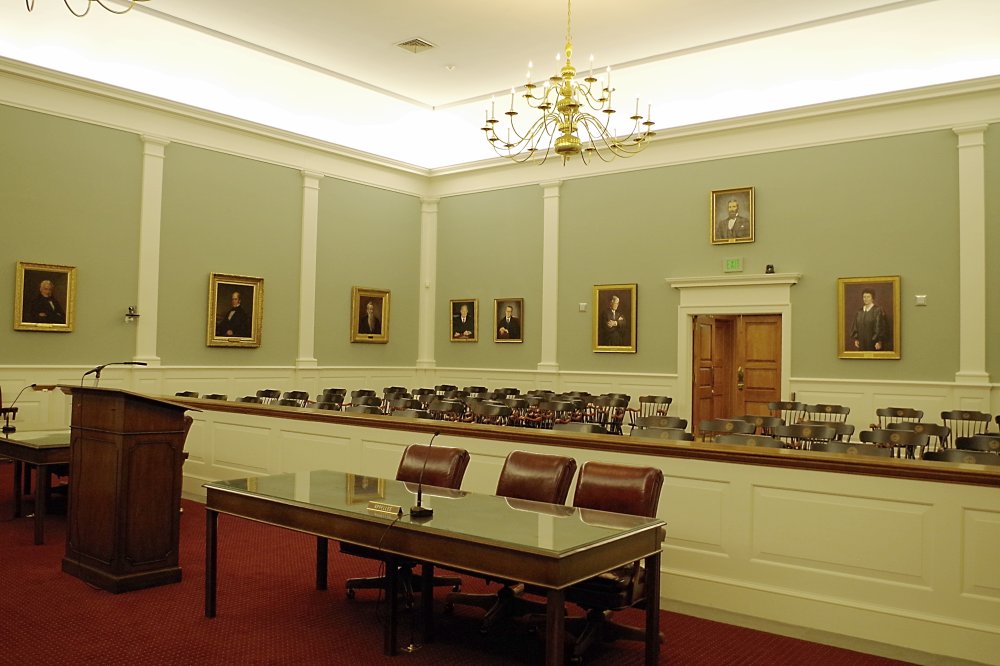 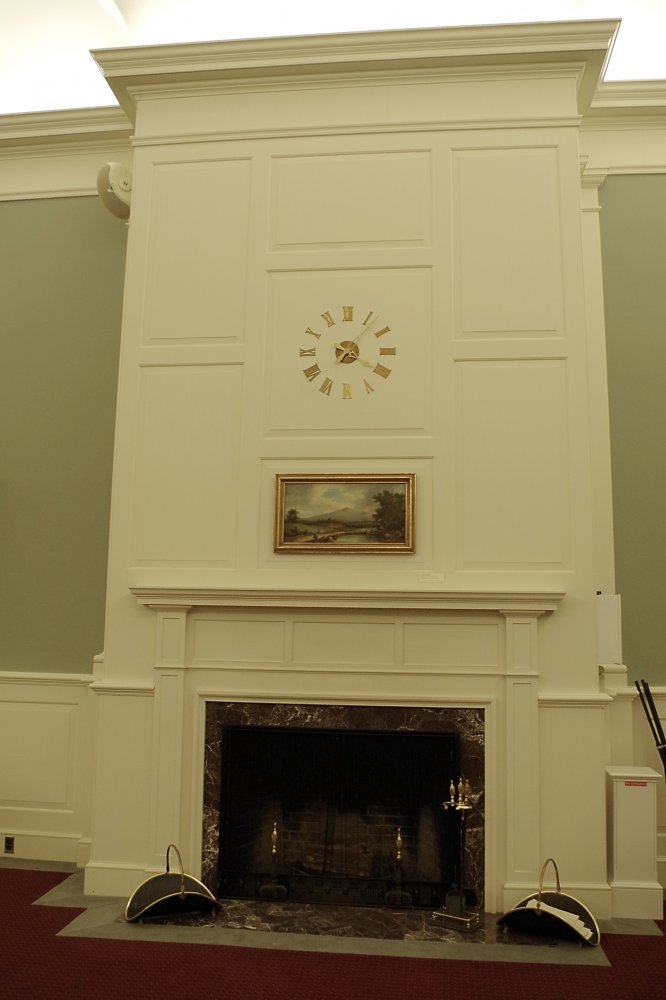 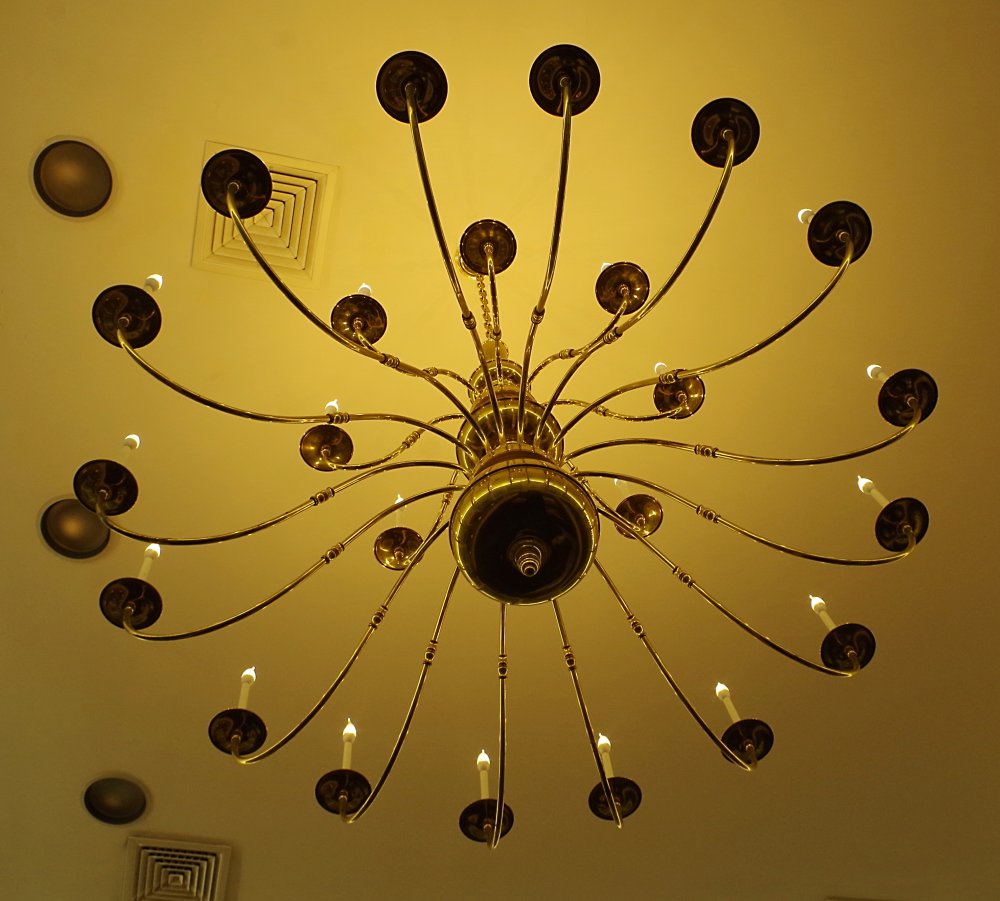 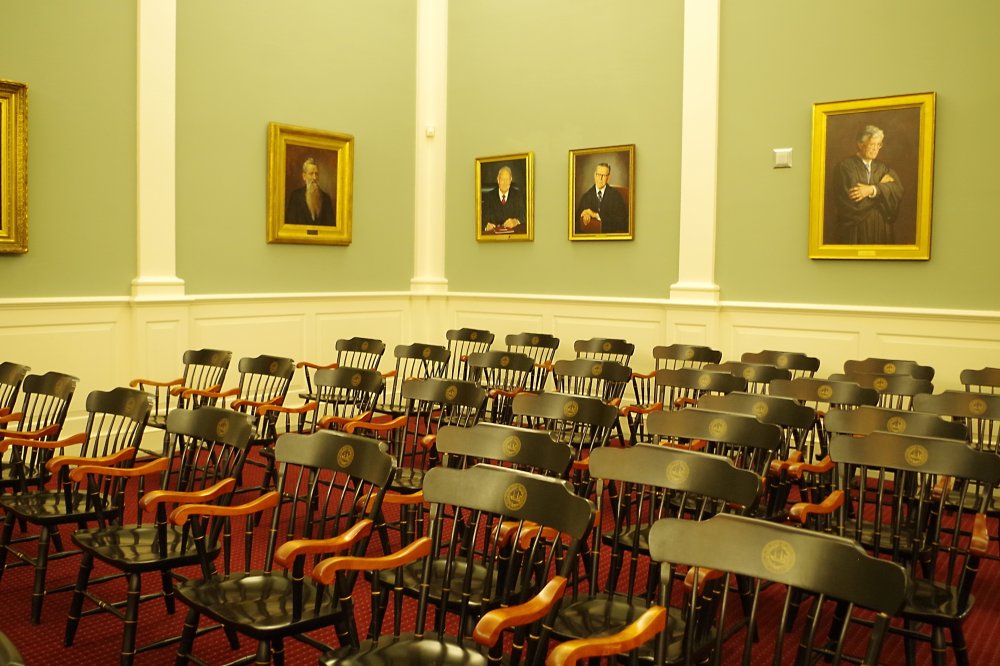