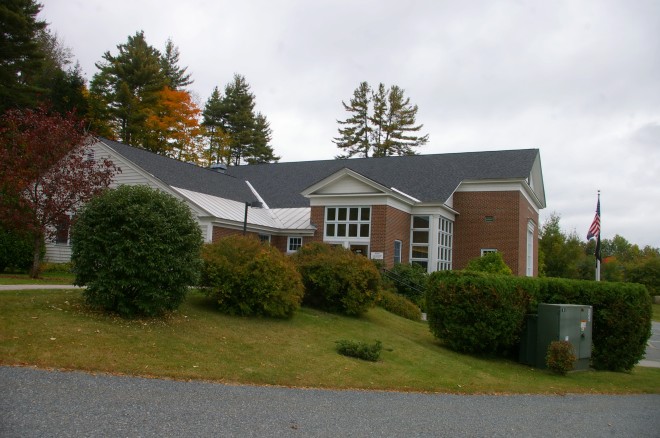 Description:  The building faces west and is a one story red colored brick and concrete structure. The building is located north of the city center and sits on a slope with entrance on the north side. The west section projects with north and south wings behind. The roof is hipped. The building houses the 2nd Circuit District Division. Description:  The building faces south and is a two story red colored brick and concrete structure. The south front has a projecting center section with three arches on the first story and four double sets of white colored columns rising to a wide pediment at the roof line. Between the columns are three large arched windows. On the roof is a high clock tower with octagonal cupola with dome at the top.  The building used to house the court until 1997.

See:  The Grafton County courthouse is located in North Haverhill.