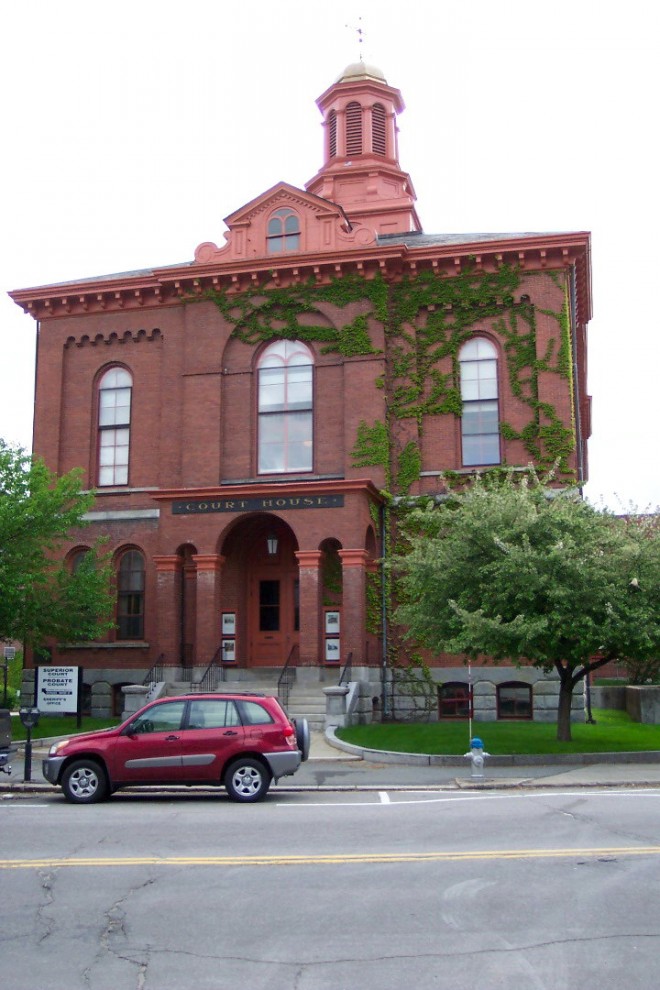 Cheshire County is named for the County of Cheshire in England, United Kingdom.

Description:  The building faces east and is a two story red colored brick rectangular structure. The building has a small brick portico on the first story with large arched window above on the second story. At the roof line is a pink colored dormer with square pink cupola rising to a round top section with dome. The building has arched windows and has larger windows on the second story. An addition was built in 1911. On the west side is a modern three story Annex constructed in 1979. The architect was Flick & Lewis and the contractor was Baybutt Construction. 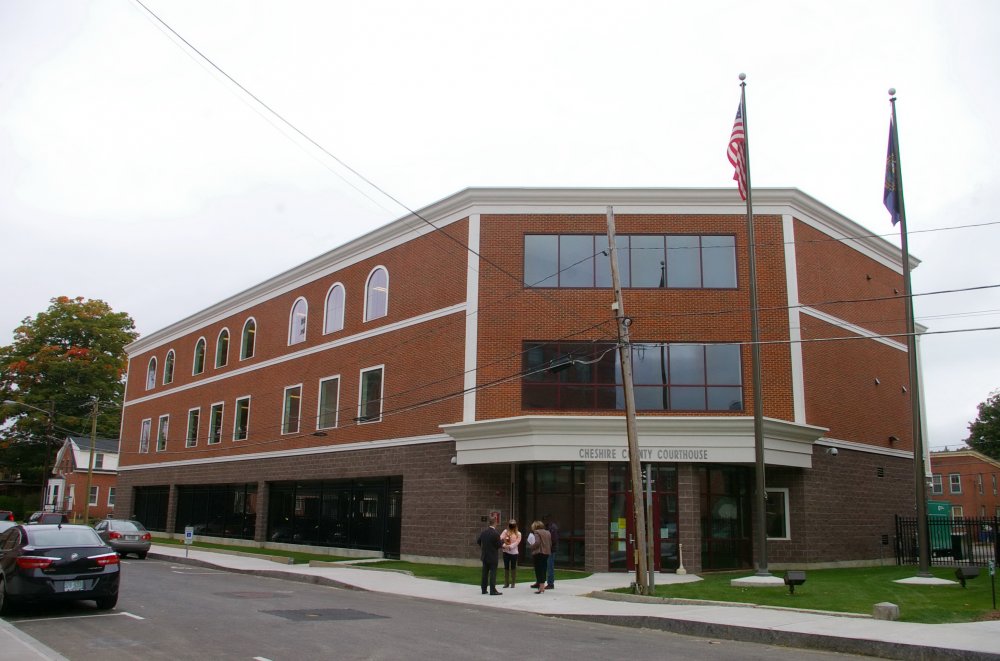 Description:  The building faces south and is a three story red colored brick, brown colored stone, concrete and glass structure. The building is located on the west side of the old courthouse. The southeast corner has an extended one story canopy supported by two brick pillars. Above are horizontal windows on the second and third stories. On the first story is brown colored stone with covered parking.  The roof line is flat. The Monadnock Economic Development Corporation financed construction and leased the building to the county. 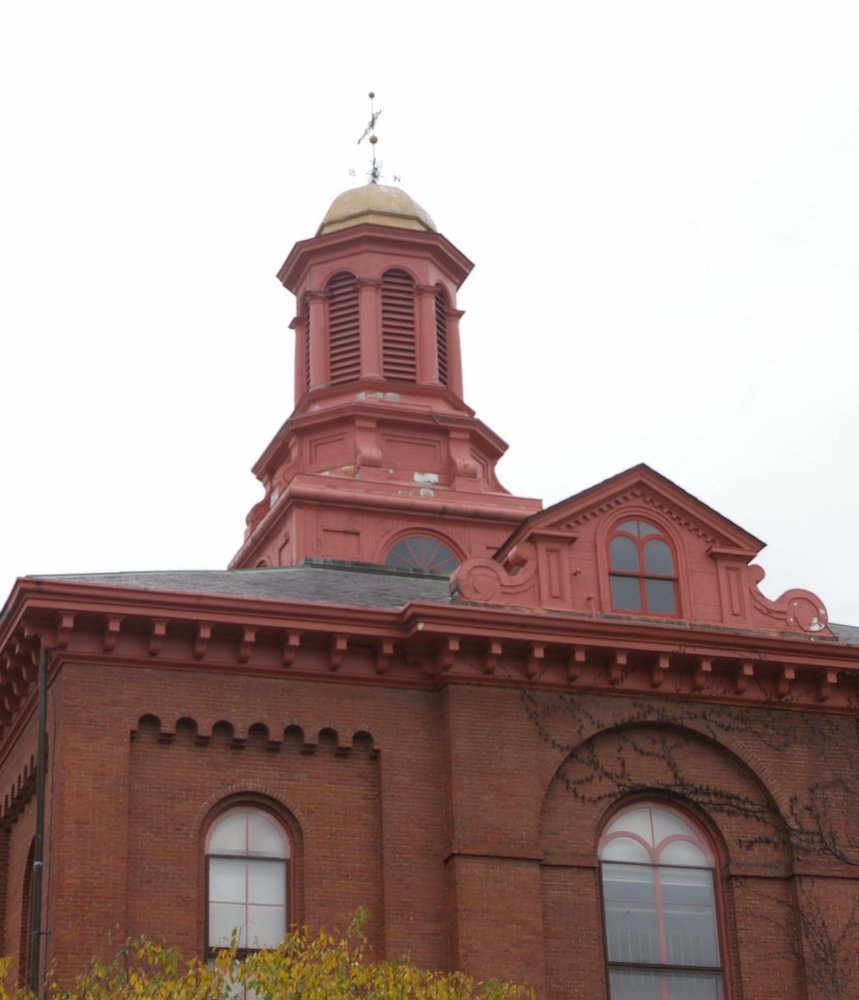 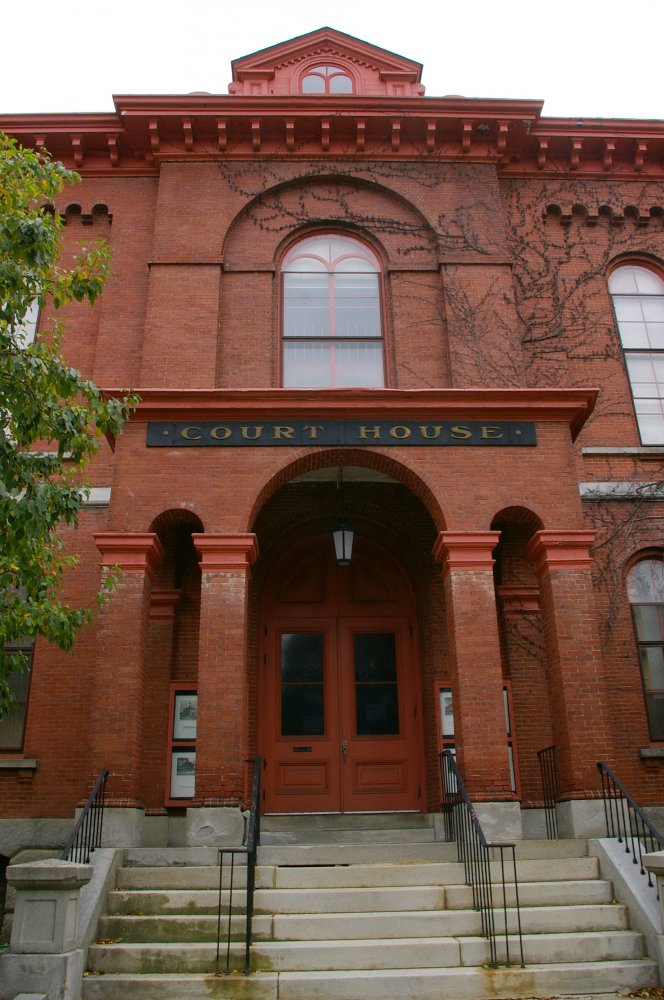 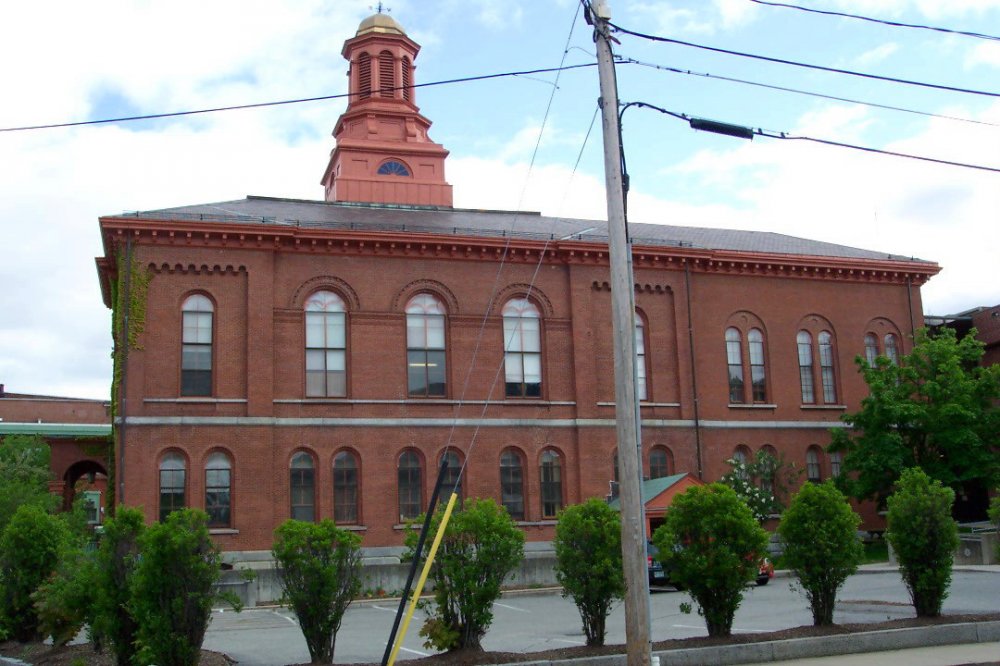 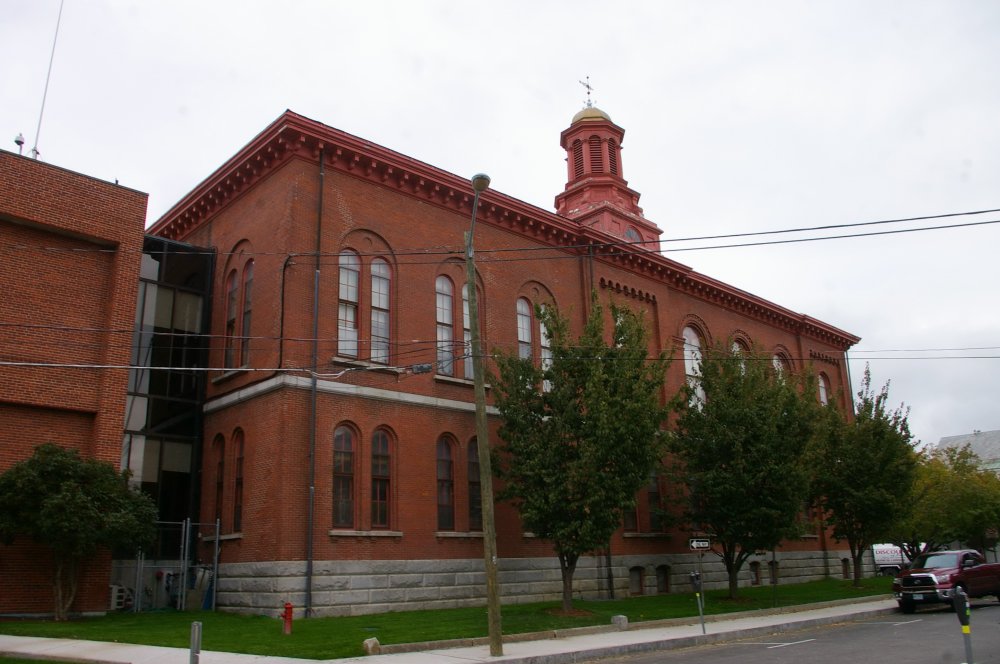 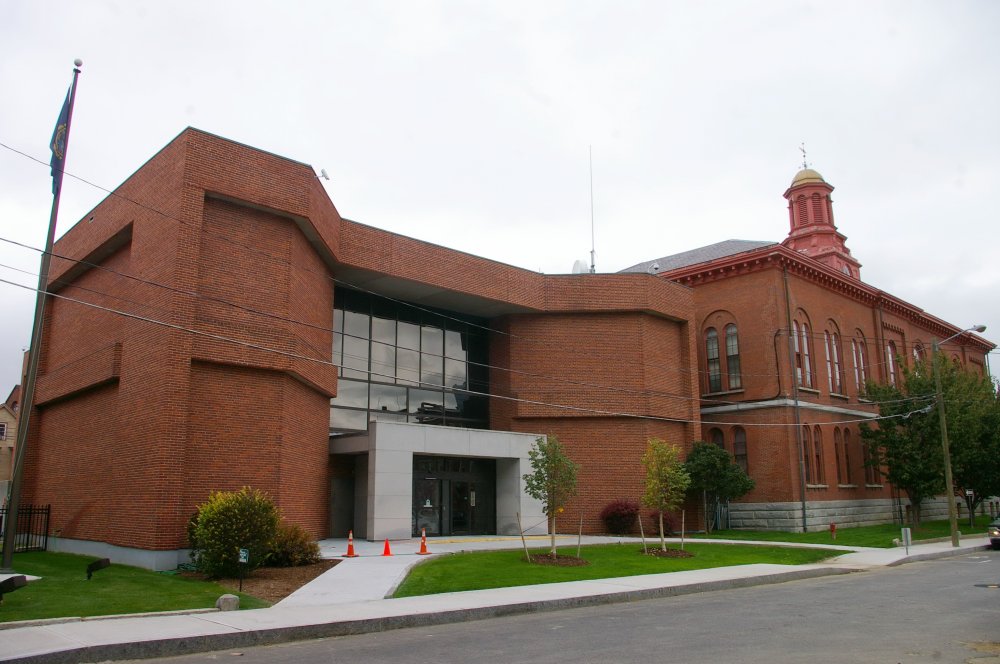 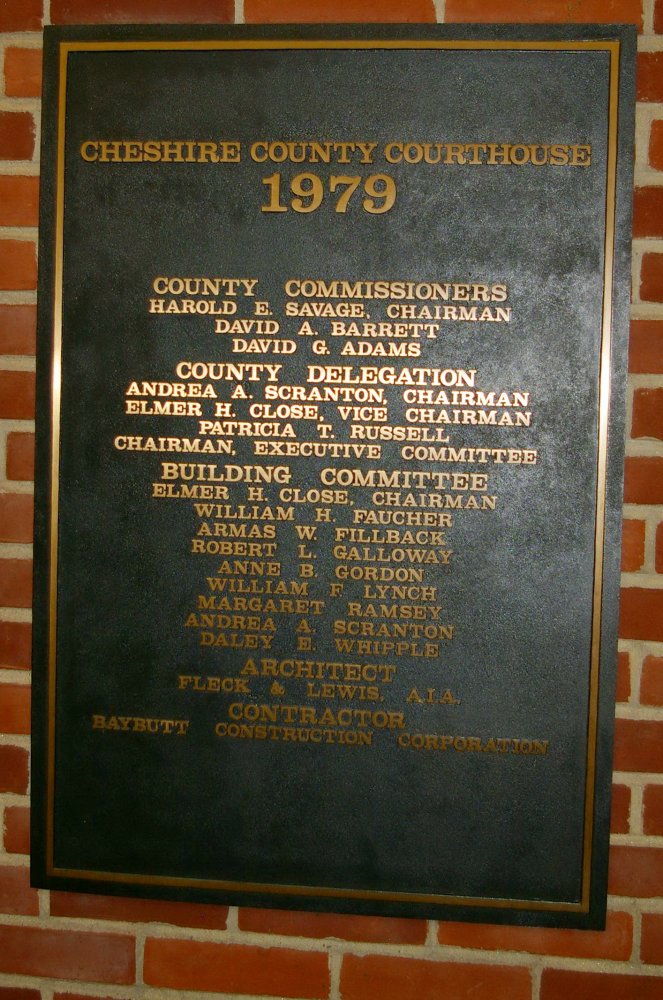 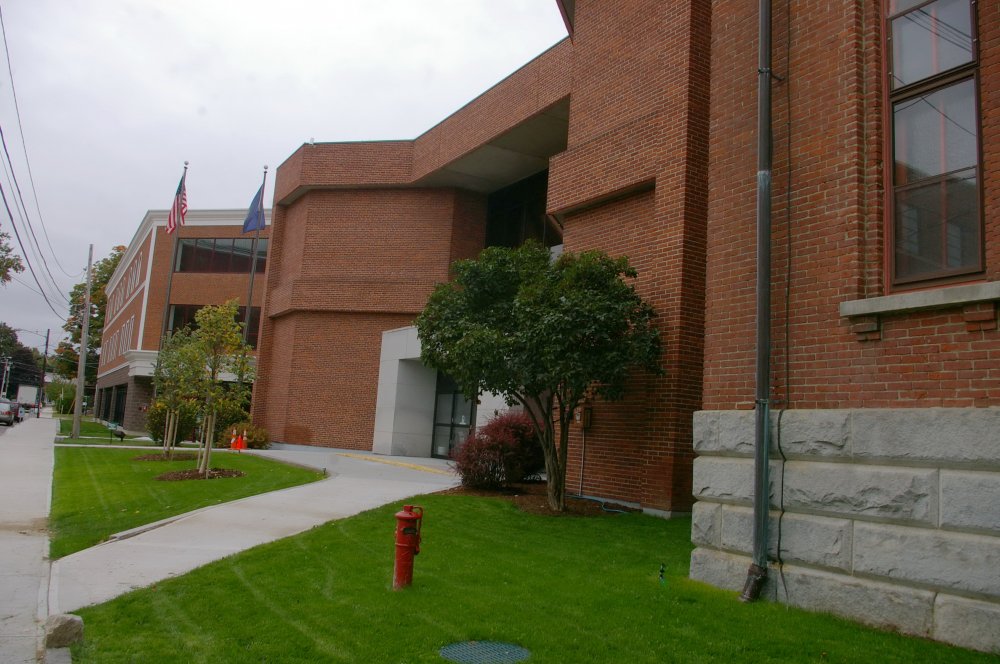 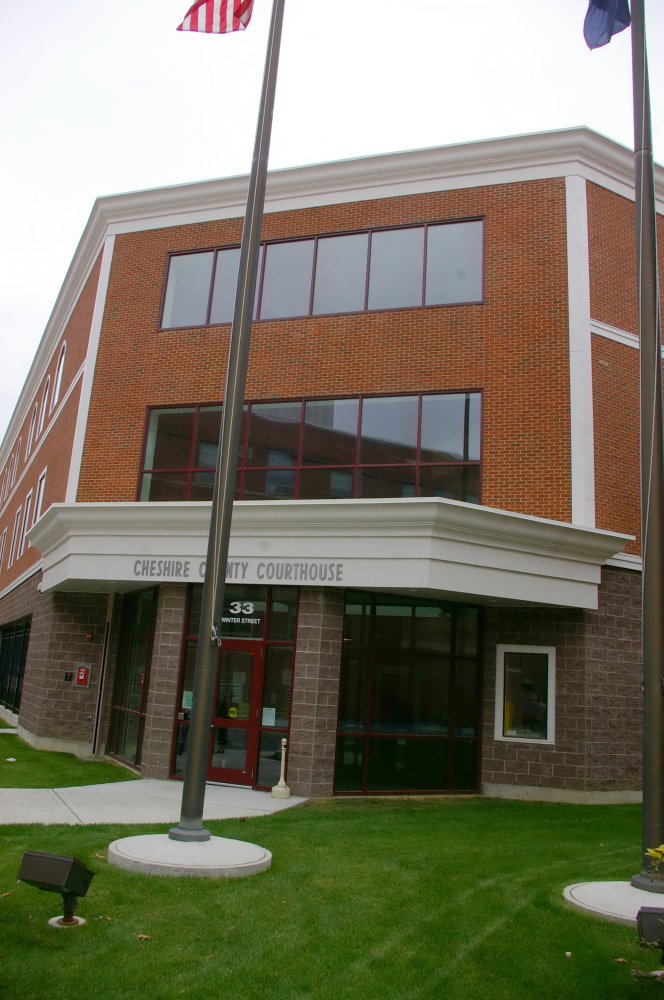