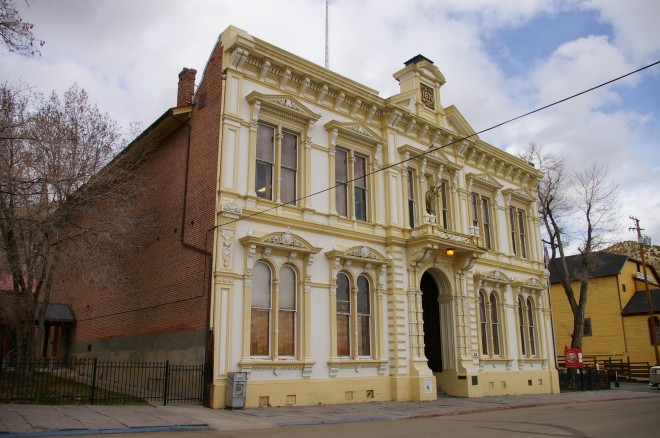 Storey County is named for Edward Farris Storey, who was a captain killed at Pyramid Lake in 1860 during the Paiute War. 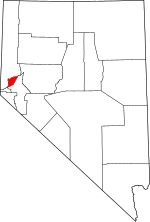 Description:  The building faces east and is a two story red colored brick and wood structure. The east front is ornate with double arched windows and a central arched entrance on the first story. Above the entrance is a small balcony with a life-sized figure of Justice who is not blindfolded. A projecting cornice runs along the flat roof line with a central parapet with the date 1876. The rest of the building is red colored brick. The building contains the old jail which is now a museum. 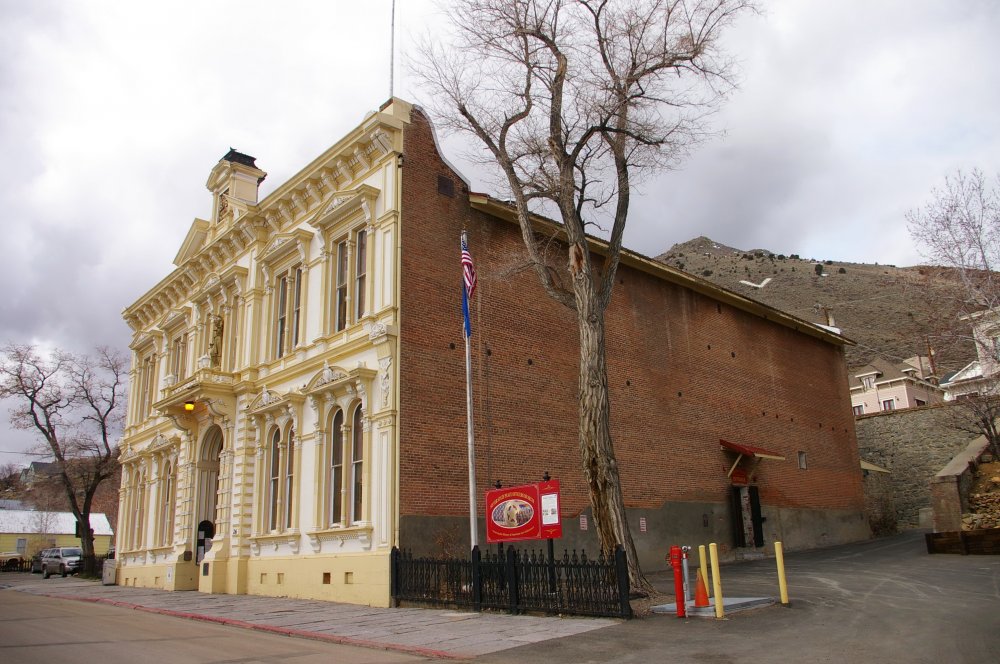 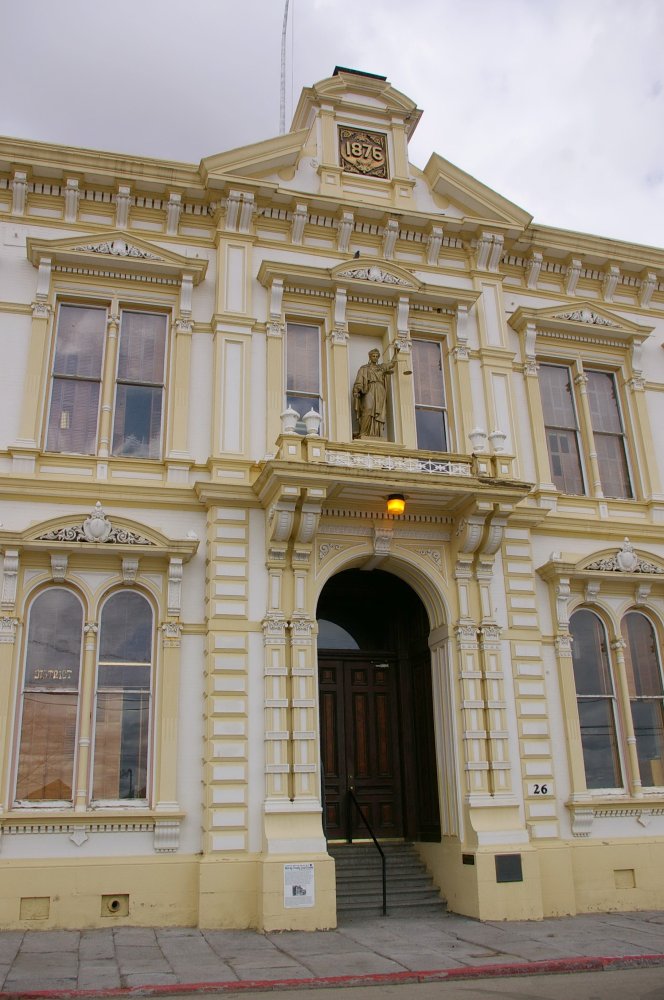 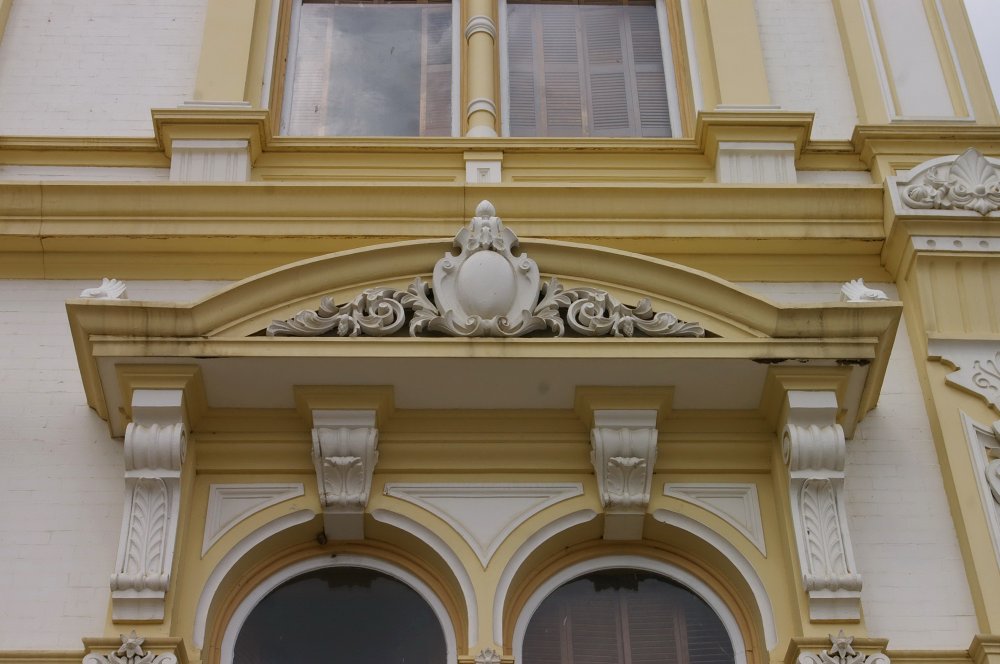 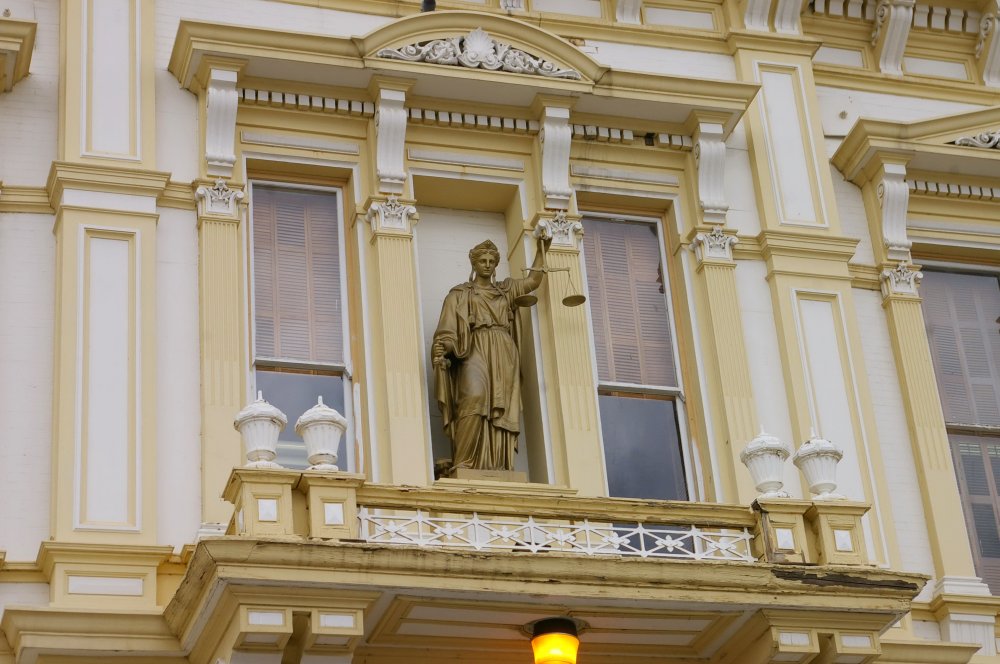 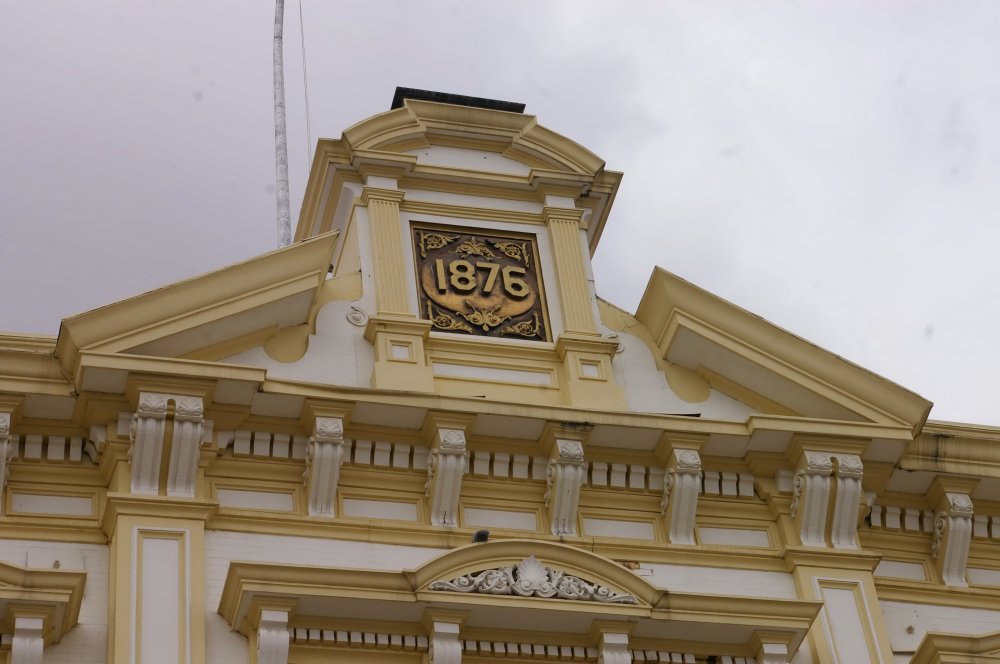 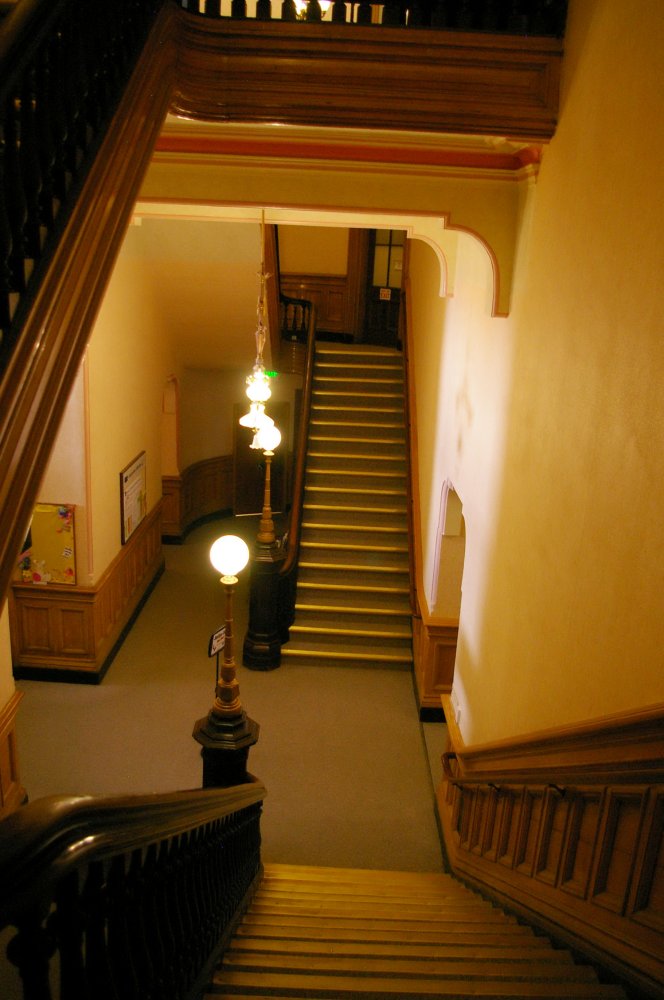 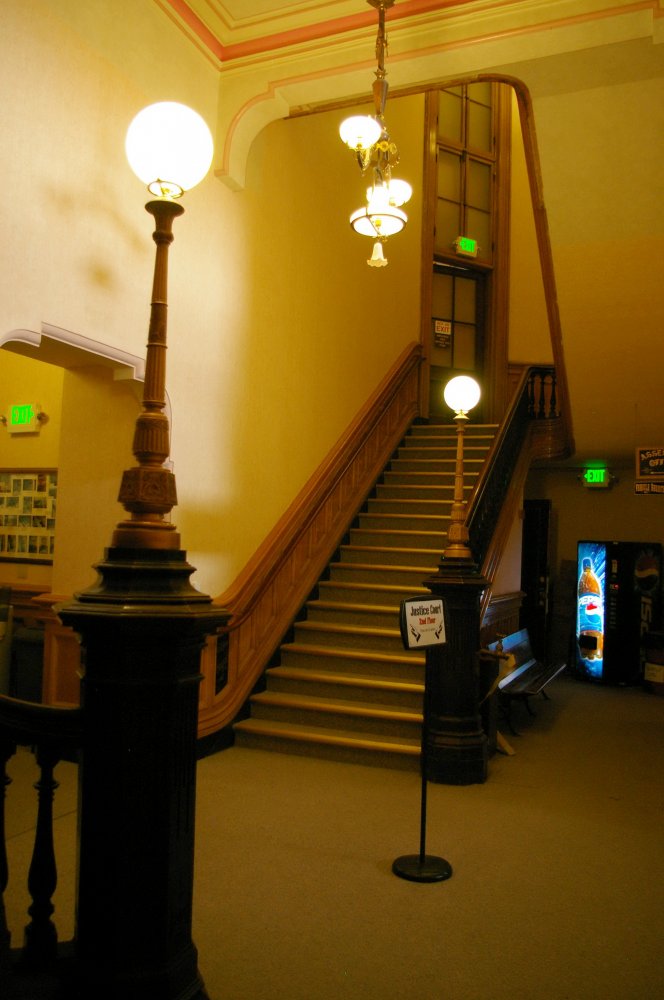 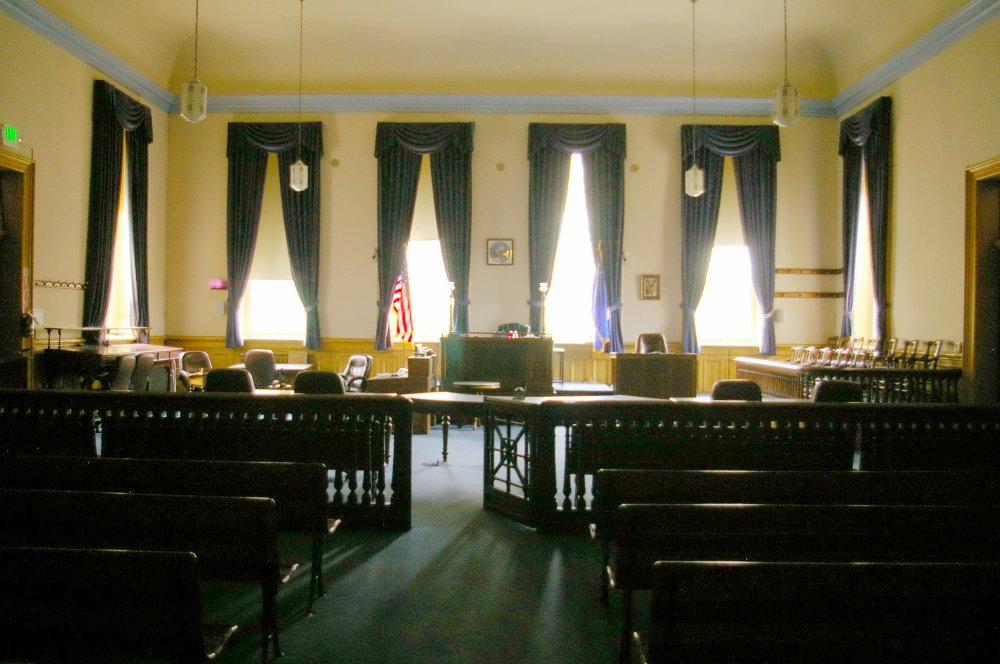 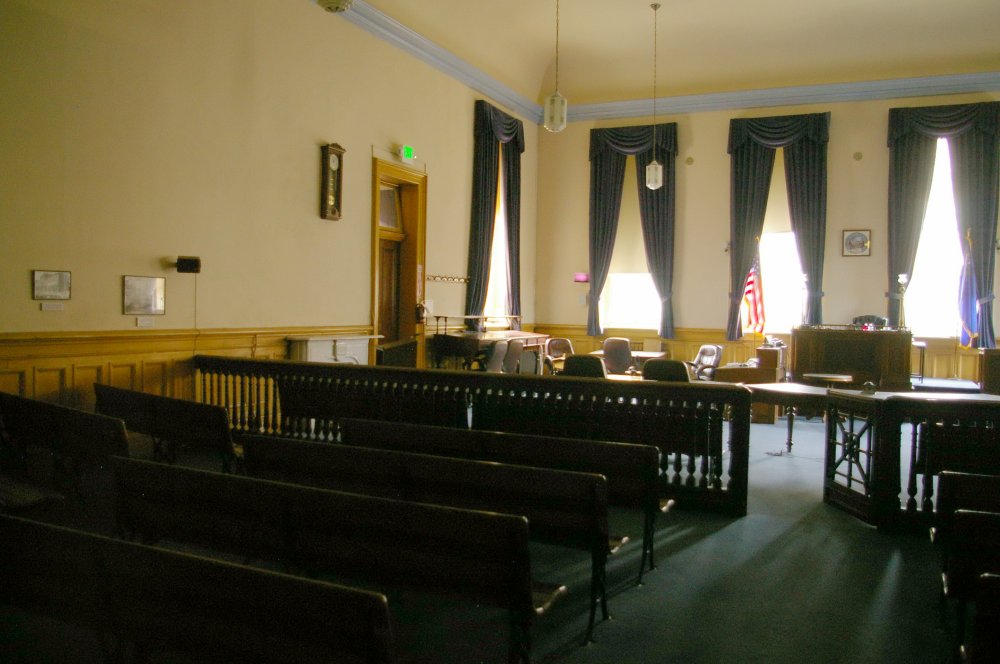 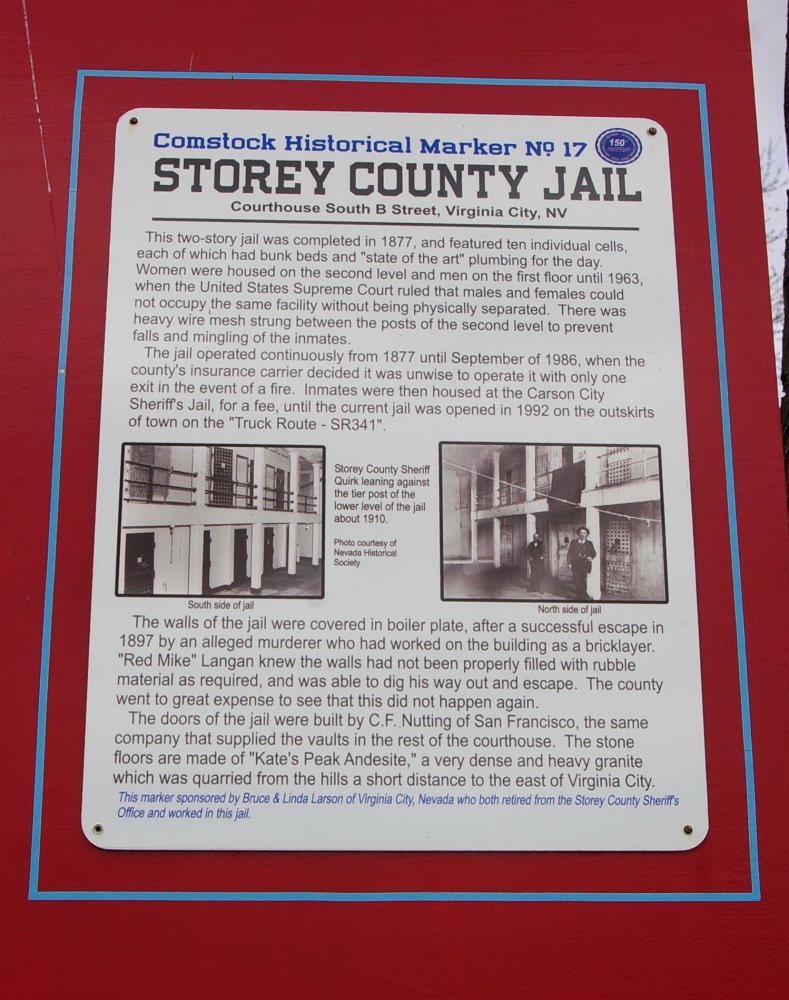 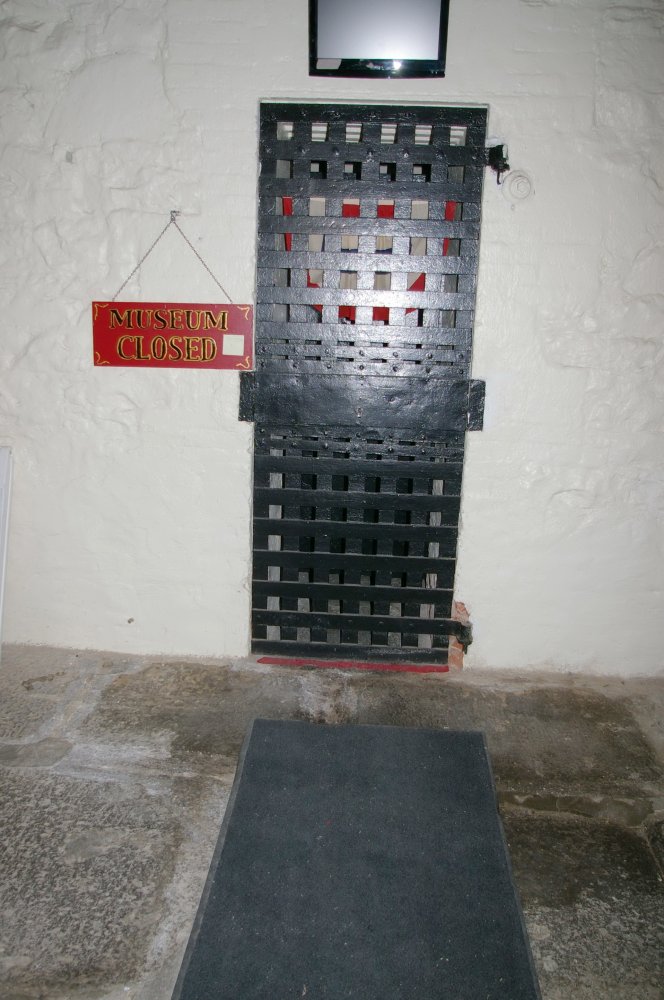