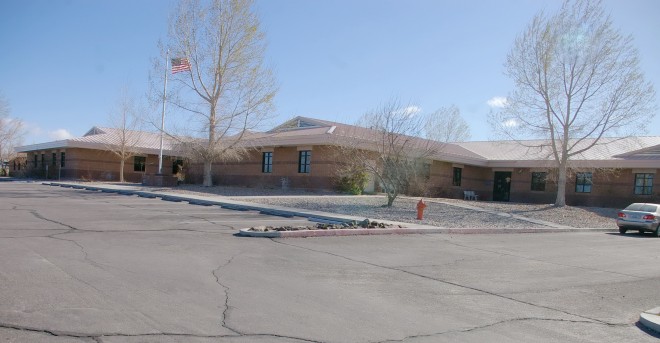 Nye County is named for James Warren Nye, who was a governor of the Nevada Territory and the first senator from Nevada.

Description:  The building faces west and is a one story buff and red colored sandstone and concrete structure. The building is located on landscaped grounds on the north side of Tonopah. The west front has three sections which extend from the main building with the center section extending the furthest. The main entrance is located between the center section on the south section and the entrance has a high glass panel frame. There is on entrance on the north side of the center section with similar high glass panel frame. A wing extends south and a wing extends east on the south side at the rear of the building. The roof is hipped. The building is nasmes as the William P Beko Justice Complex.

Note:  The courtroom has elk heads along the walls. 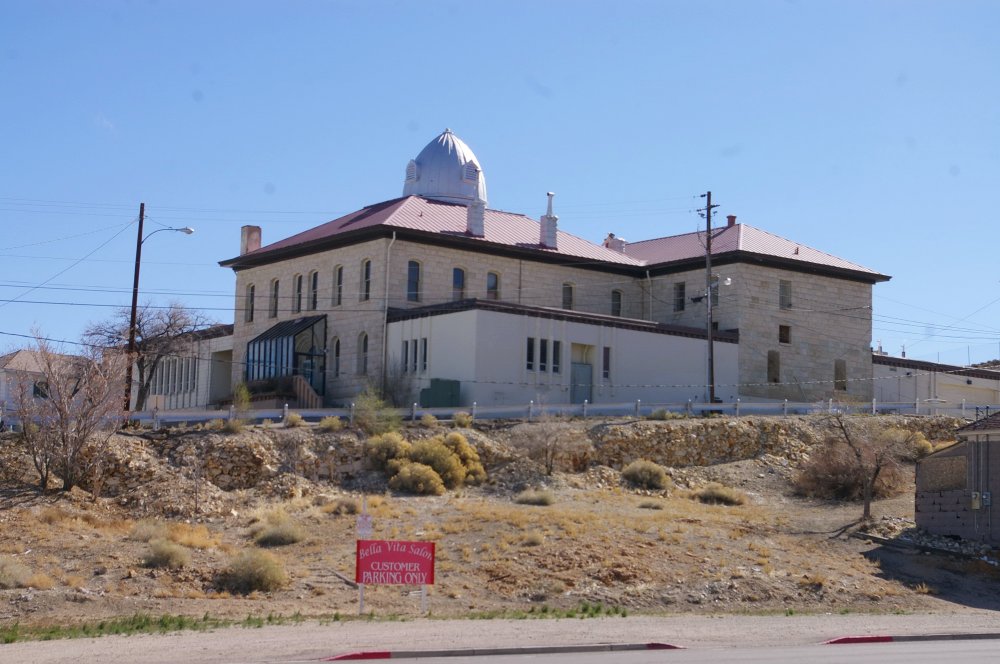 Description:  The building faces west and is a two story ashlar and concrete structure. The building sits on a low hill on the south side of Tonopah overlooking the town. The west front has a central entrance with a projecting steel and glass porch. The rear of the building has a south wing with a one story addition along the south side of the building. The north side, also has a one story addition, The windows are arched. On the center of the roof is a silver dome. The roof is hipped. The supervisor was E E Burdock. The main building has been vacated with the exception of the more modern additions.

Description:  The building faces northeast and is a two story red brick structure. The building is located on spacious grounds in the center of Belmont. The windows are trimmed with stone. In the hipped roof is a square white colored dome. 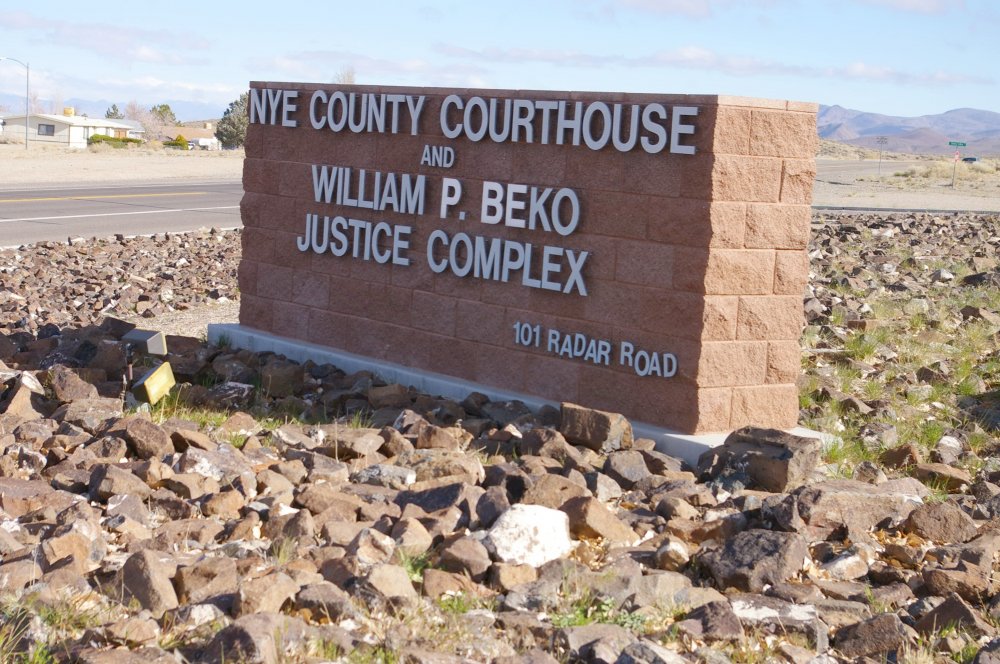 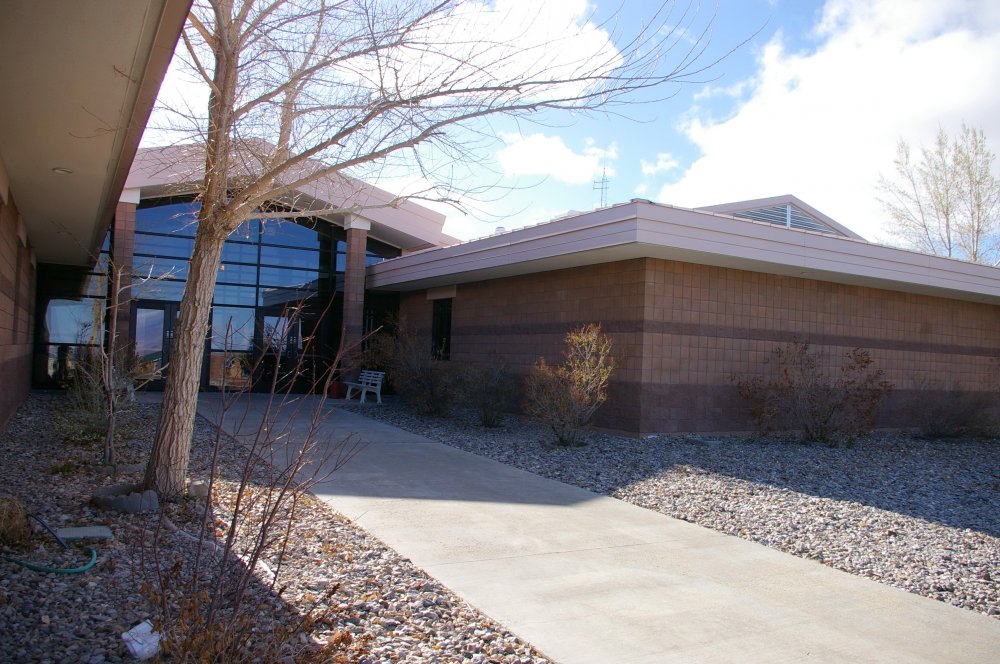 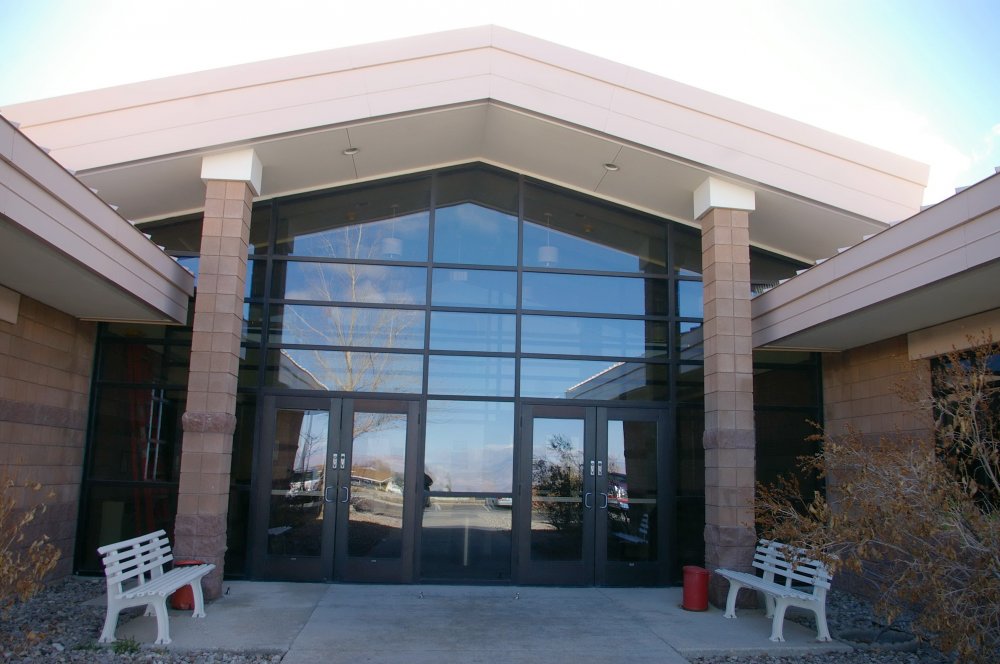 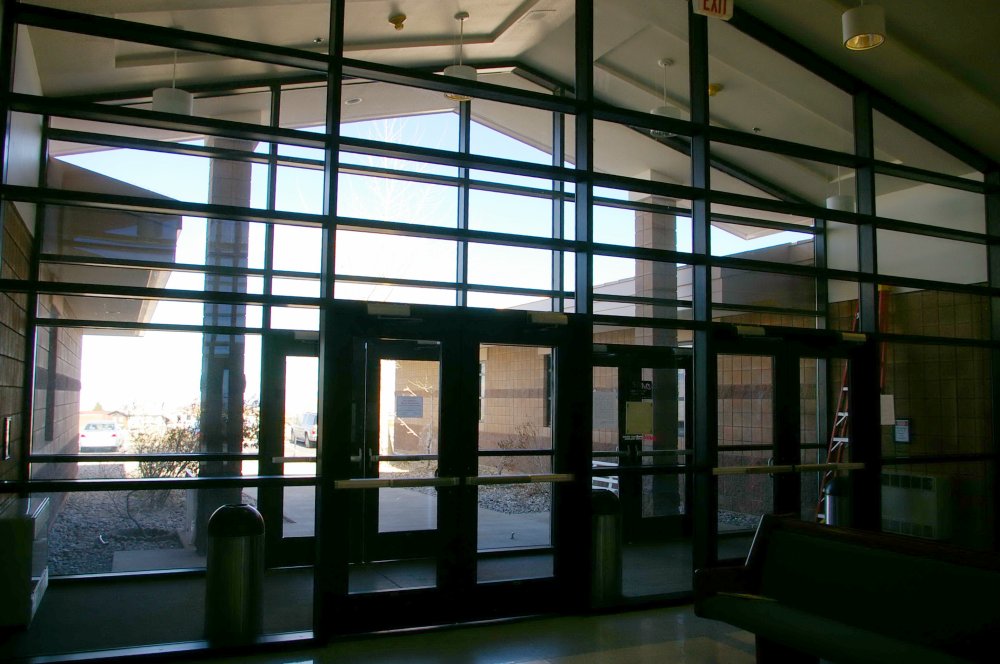 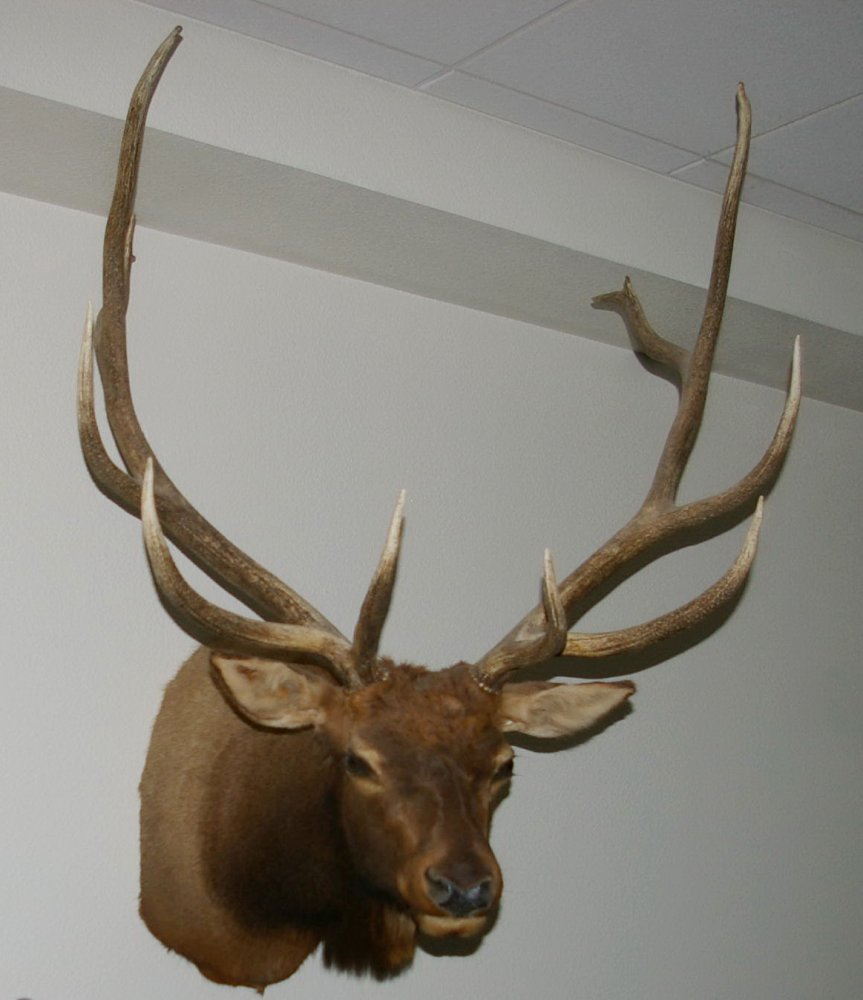 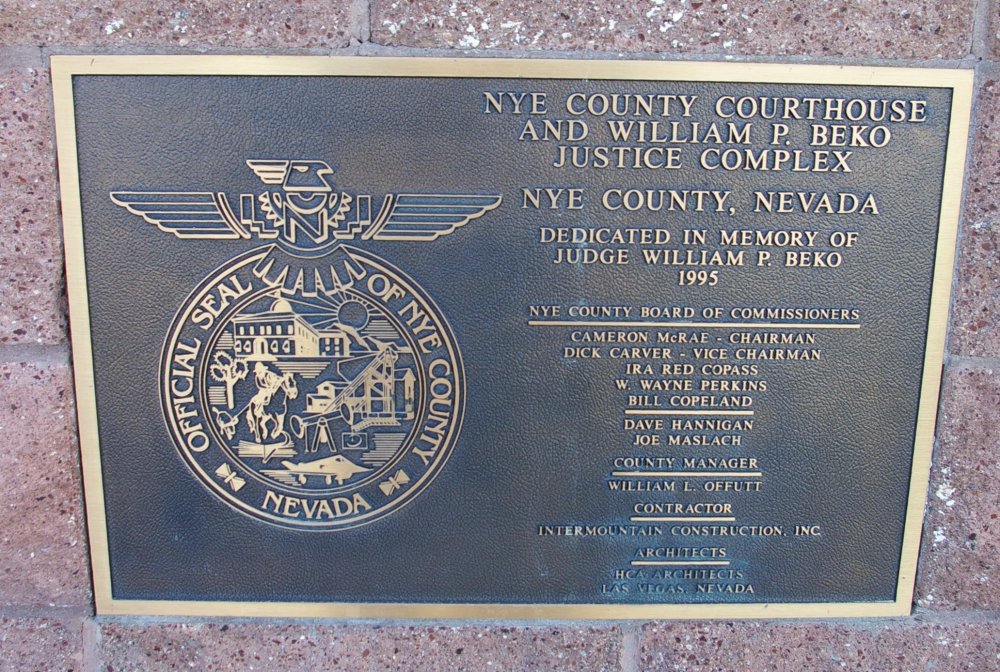 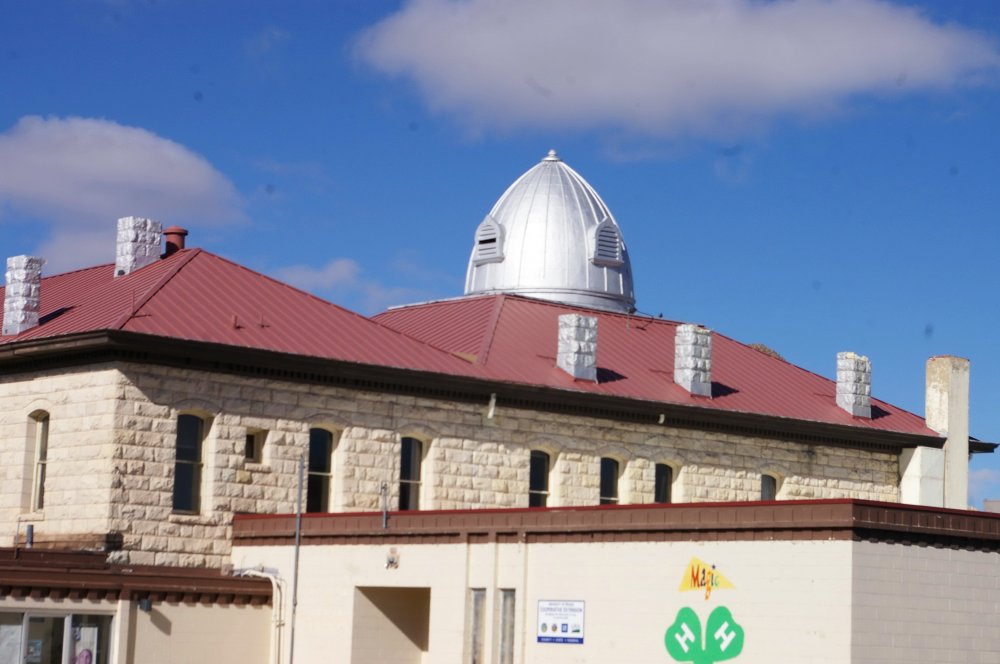 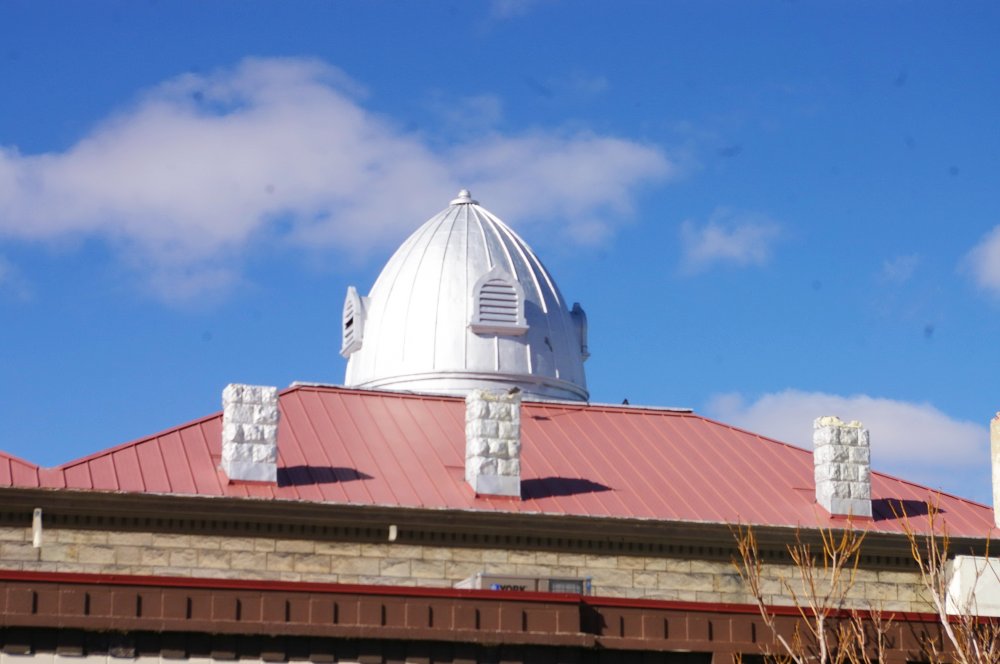