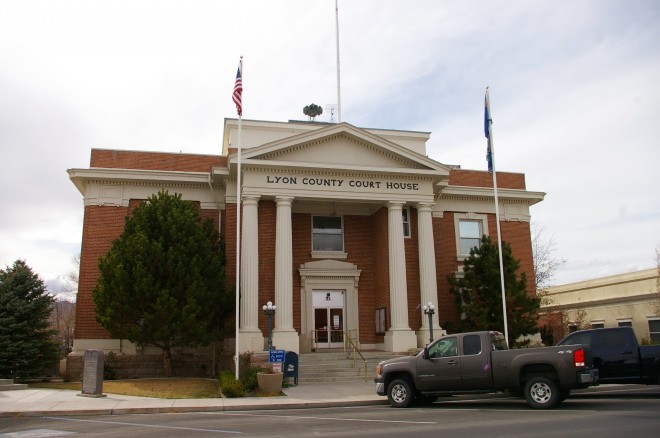 Lyon County is named for Nathaniel Lyon, who was a general killed in action at the Battle of Wilson’s Creek in 1861. 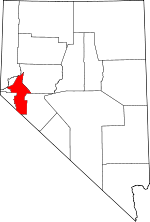 Description:  The building faces east and is a two story red colored brick and concrete structure. The building is located on landscaped grounds in the center of Yerington. The east front has a large portico with four columns rising to a pediment at the roof line. The recessed entrance is framed with stone. Behind the pediment is a large square section rising above the roof line. A wide cornice runs below the flat roof line. During construction, the supervisor was George W Hollsworth. Including a recent addition, two structures were added to the rear of the courthouse that match the style of the original building. Frederic J DeLongchamps designed the first addition in 1935.

History:  The first courthouse was built in Dayton by Henry Sweetapple in 1864. The building burned in a fire in 1909 and the county seat was moved to Yerrington. The second and present courthouse was constructed in 1911 to 1912. 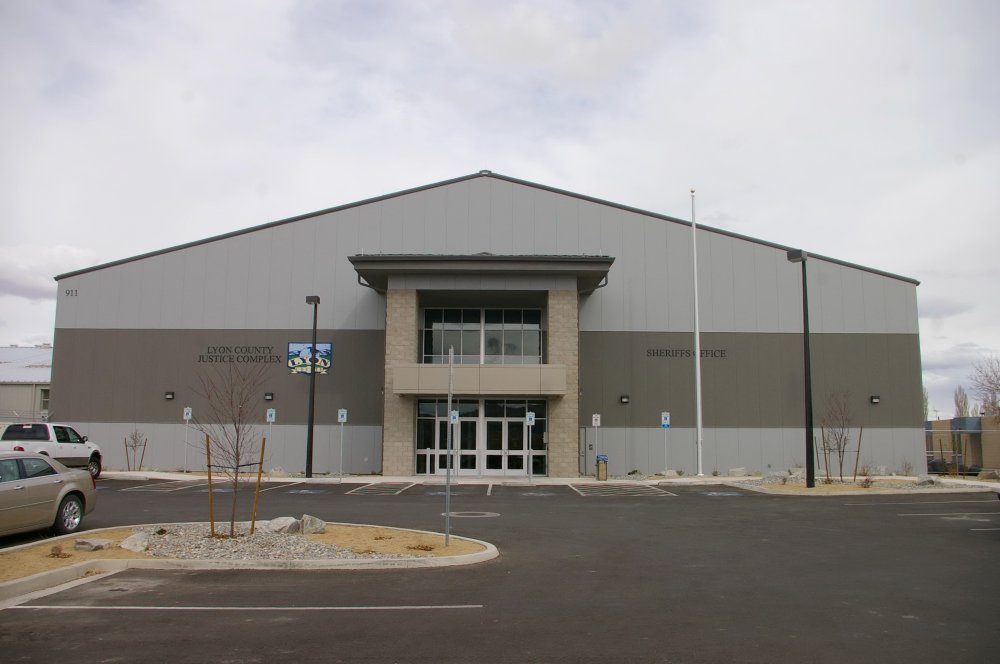 Description:  The building faces west and is a two story metal siding and concrete structure. The building is located in the north part of Yerington. The west front has a central entrance with a two story concrete porch and recessed doors on the first story. The roof is sloped. 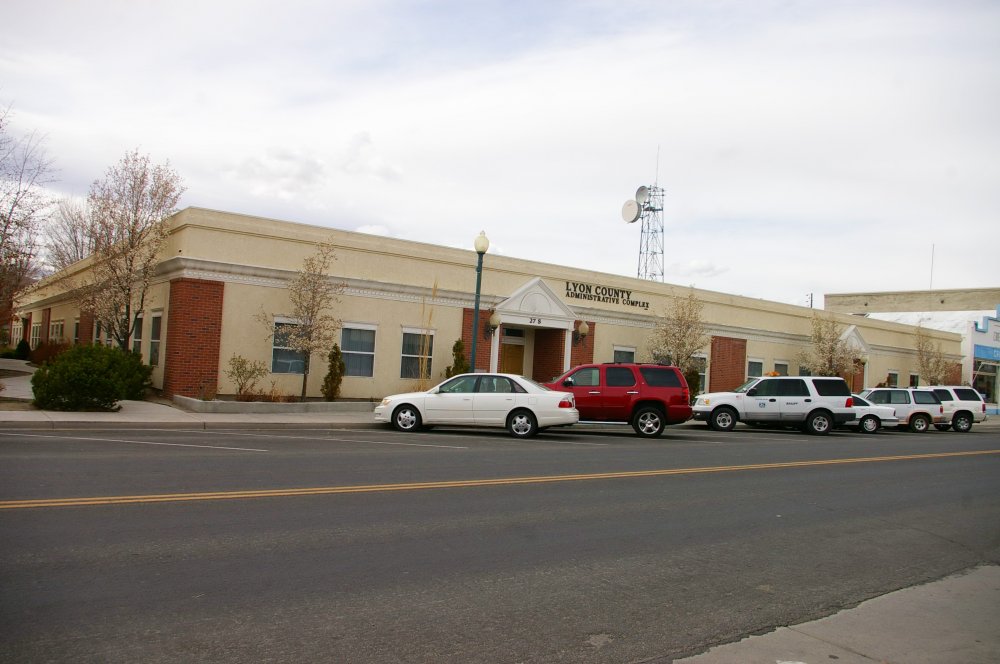 Description:  The building faces east and is a one story red colored brick and concrete structure. The building is located in the center of Yerington on the north side of the courthouse. 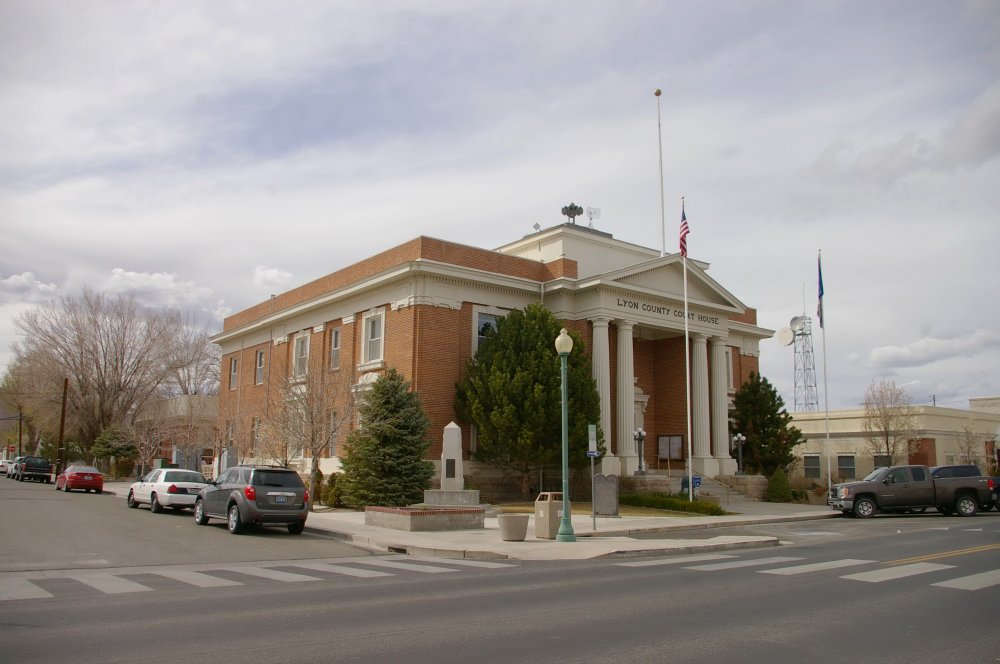 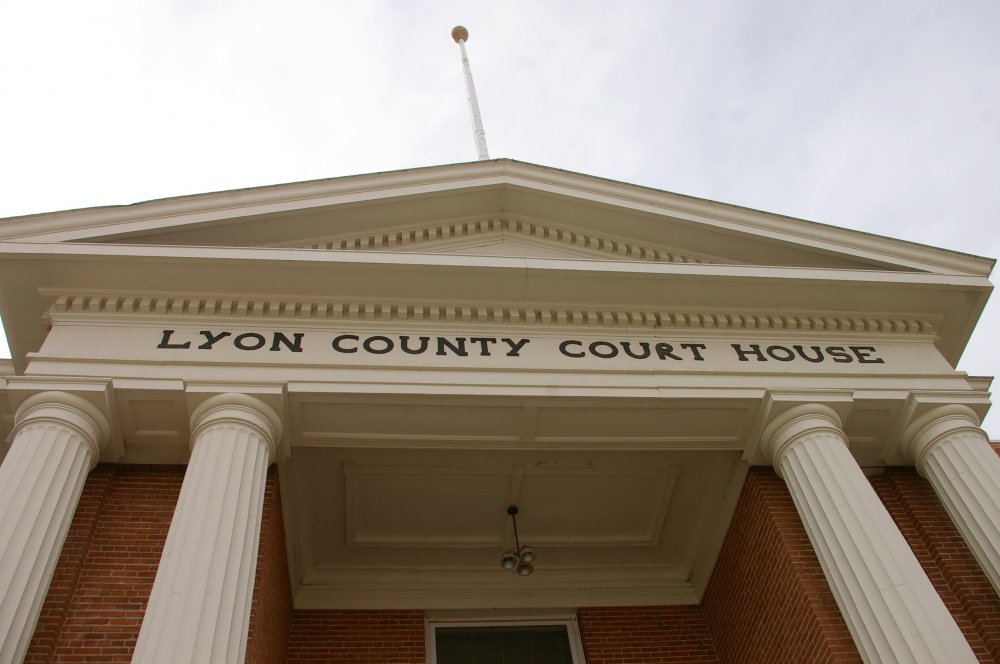 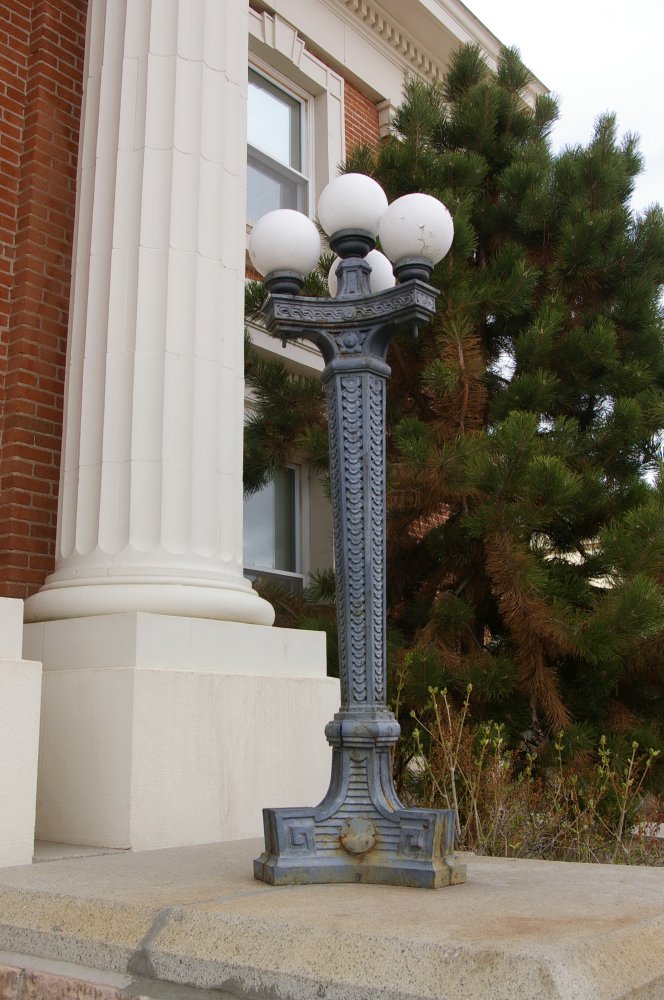 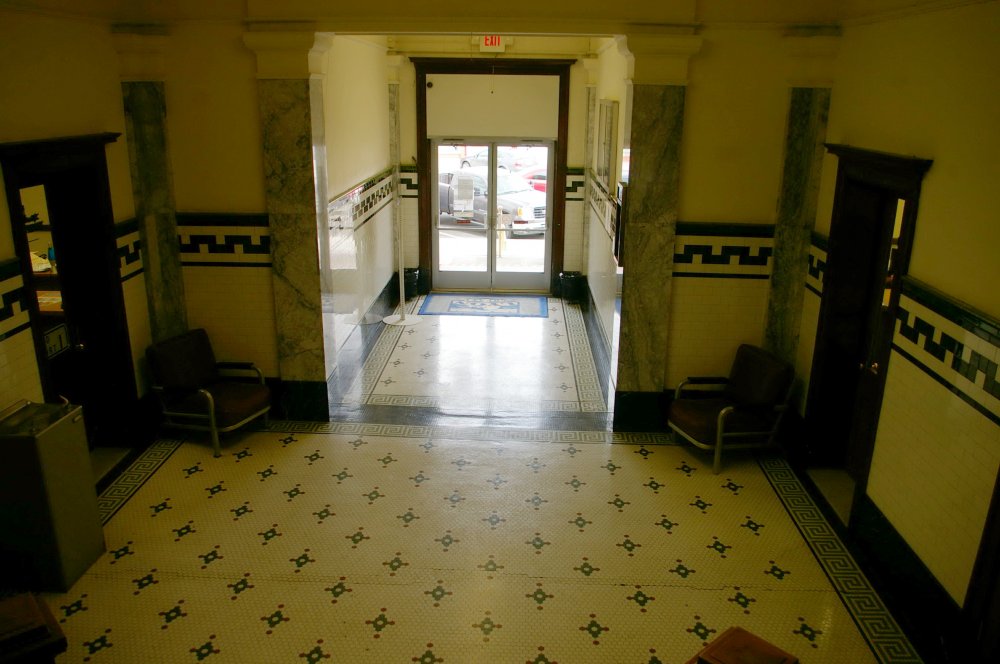 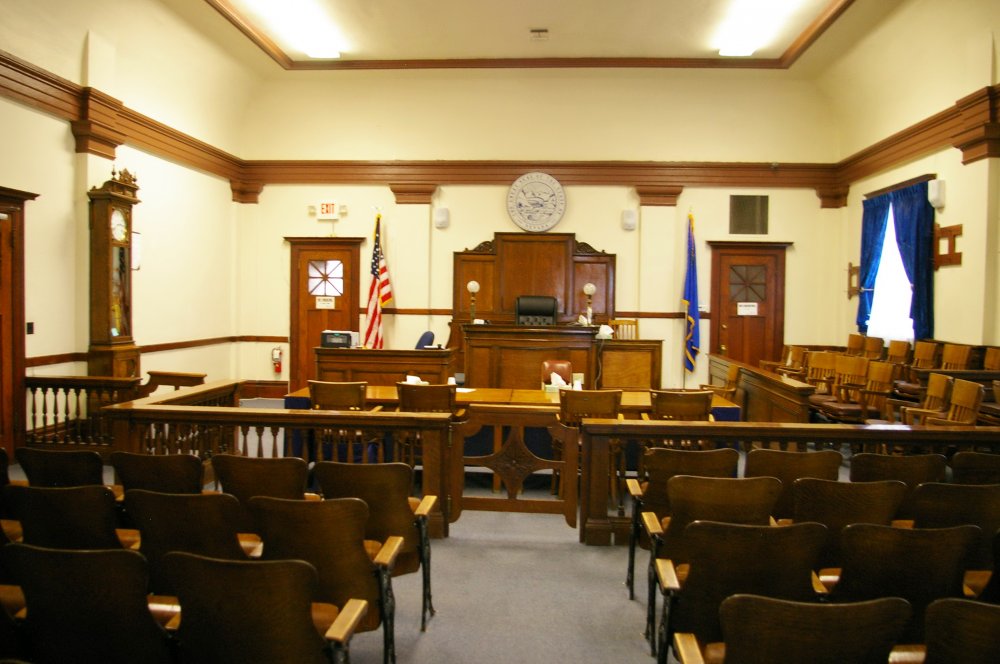 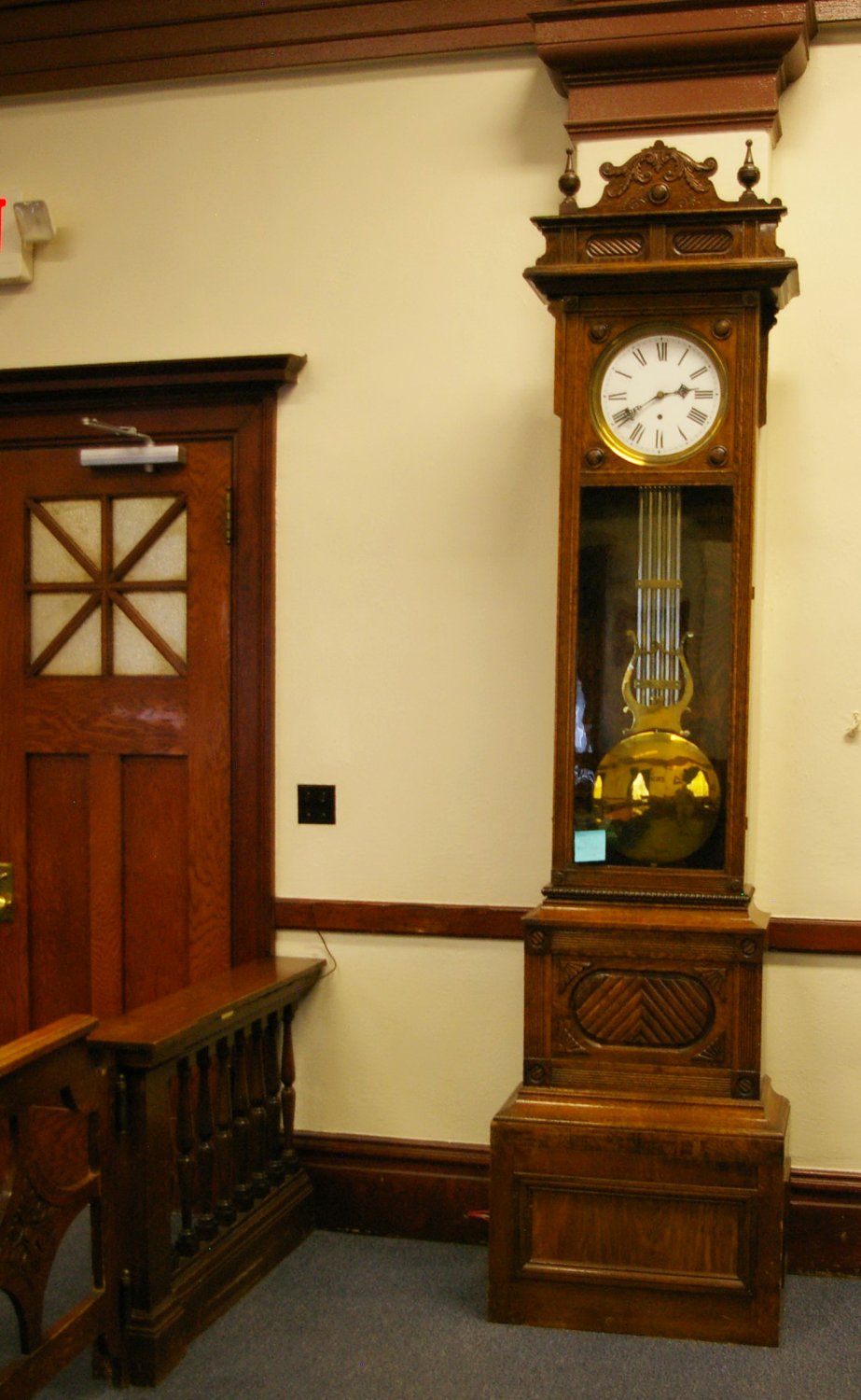 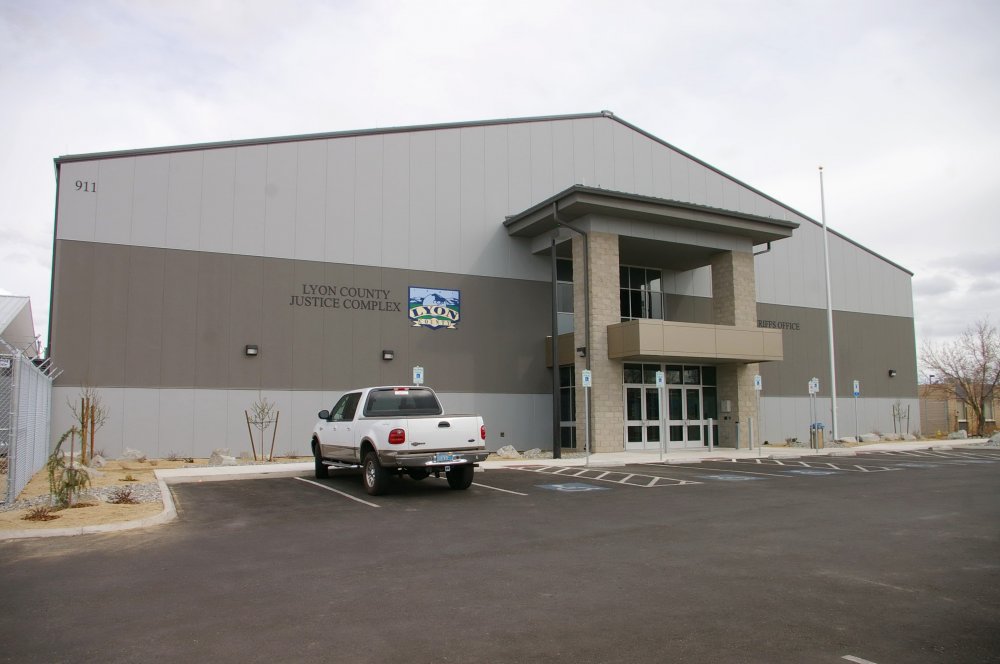 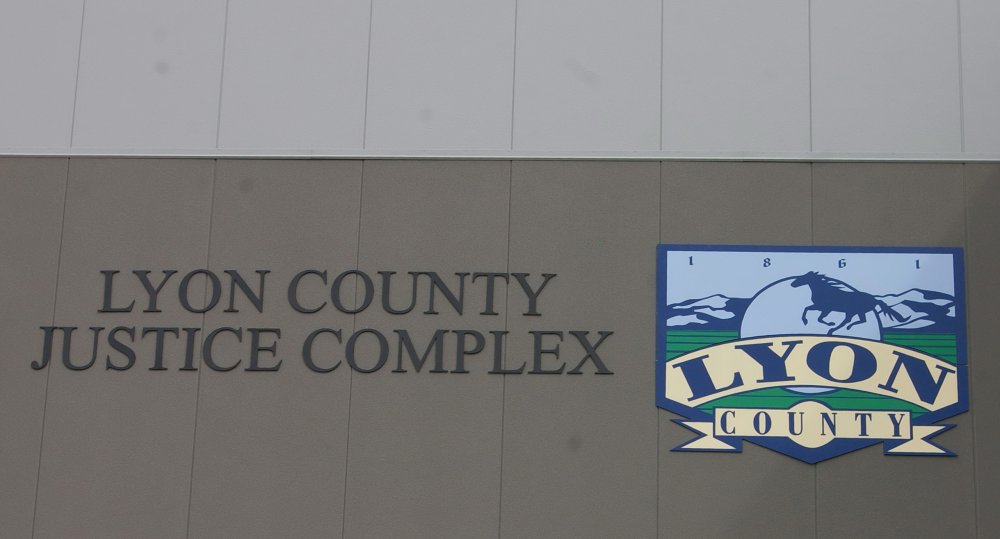 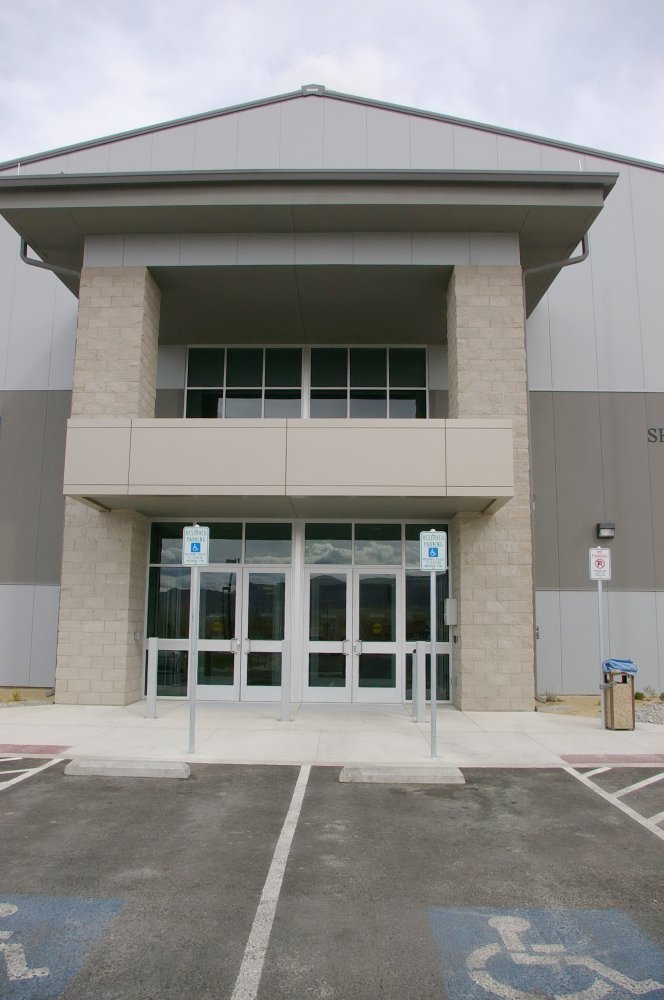 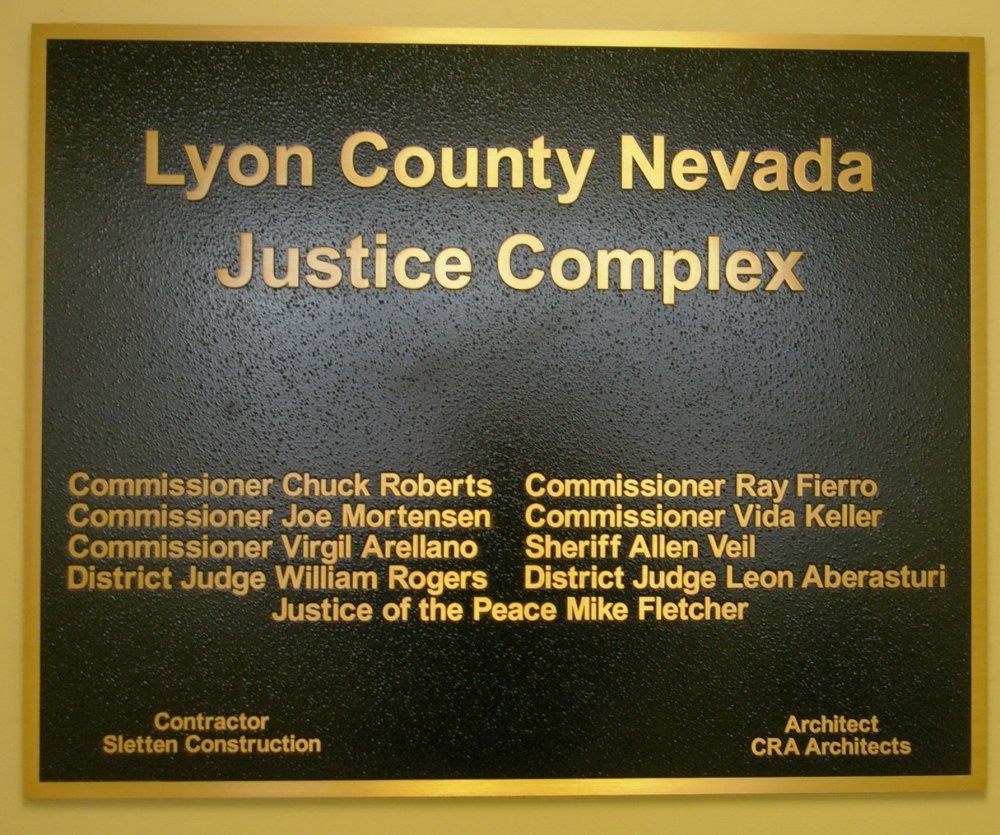 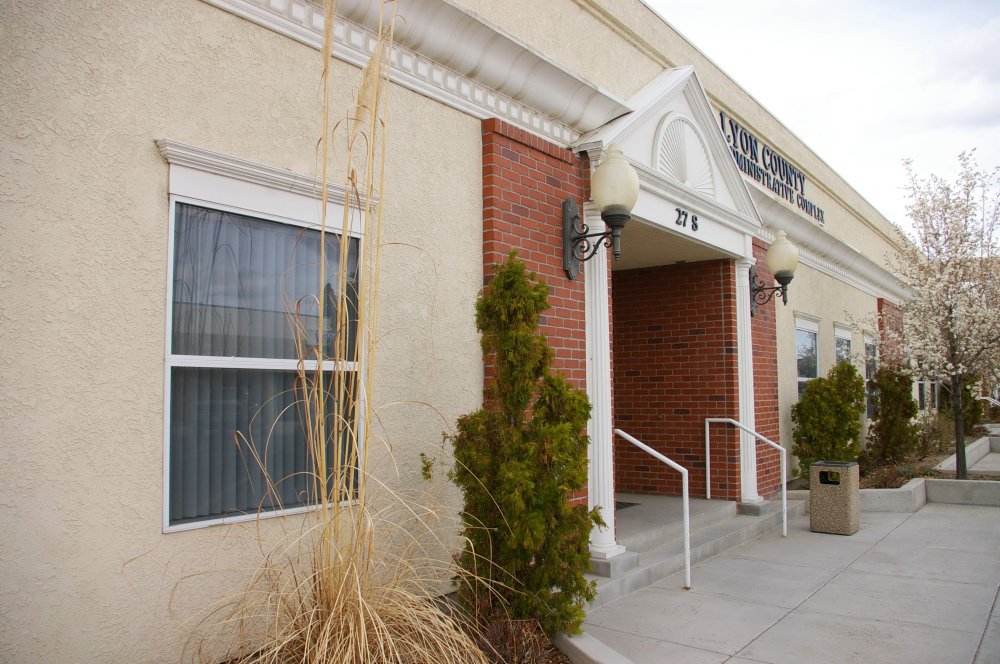 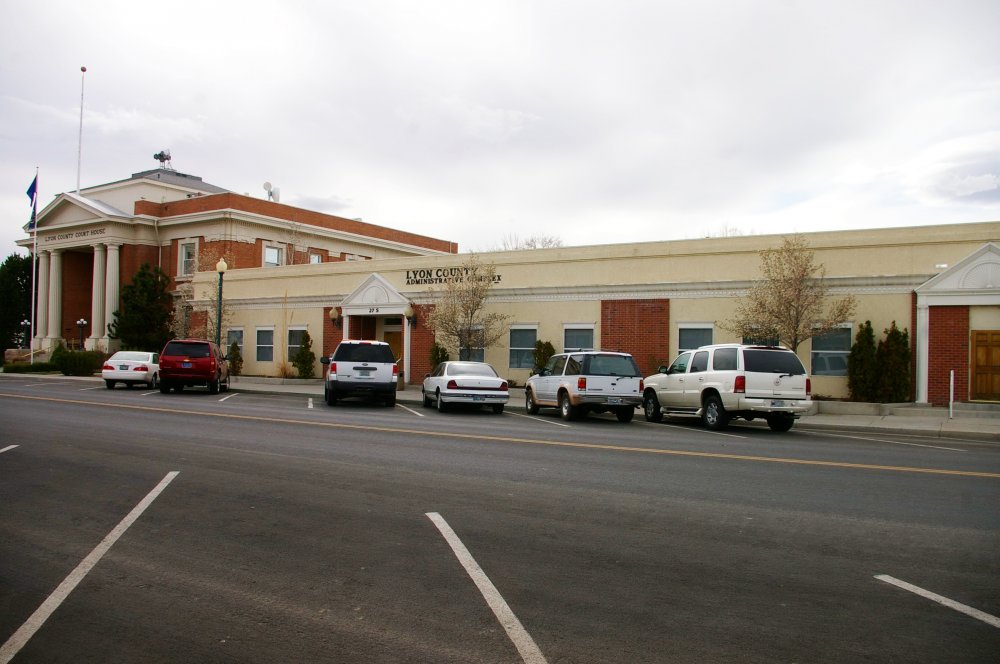