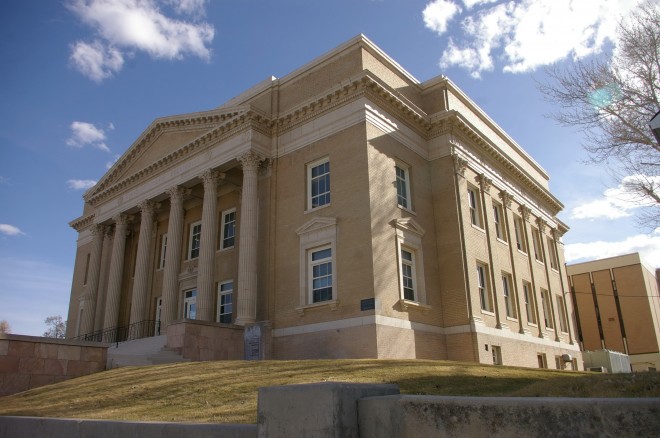 Humboldt County is named for the Humboldt River, which was named for Alexander von Humboldt who was a German naturalist and explorer. 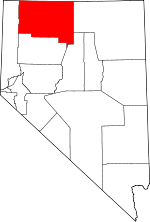 Description:  The building faces northeast and is a two story buff colored brick and concrete structure. The building is located on landscaped grounds in the center of Winnemuca. The northeast front has a portico with six Corinthian columns rising to a pediment at the roof line. The north and south sides of the building project slightly from the main building. A wide cornice runs below the roof line with a horizontal band running below the cornice. In the interior is a marble staircase, and a two-story atrium with Ionic columns that support a dramatic leaded-glass ceiling. The walls of the halls, rotunda and offices are finished in gray colored plasters. The floors of the halls and rotunda are marble and the baseboards are marble. The former courtroom is located on the southwest side of the second story and has walls finished in panels tinted in harmonious shades and now houses the Commissioners Chamber. The building  addition houses the County District Court of the 6th Judicial District. On the southwest side, a two story addition connected by passageway was built in 1974 to 1976. The courtroom is located on the second story. The architect was Alton Dean Jensen of Winnemucca and the contractor was Corrad Construction Company. The addition is named the Public Safety Building. 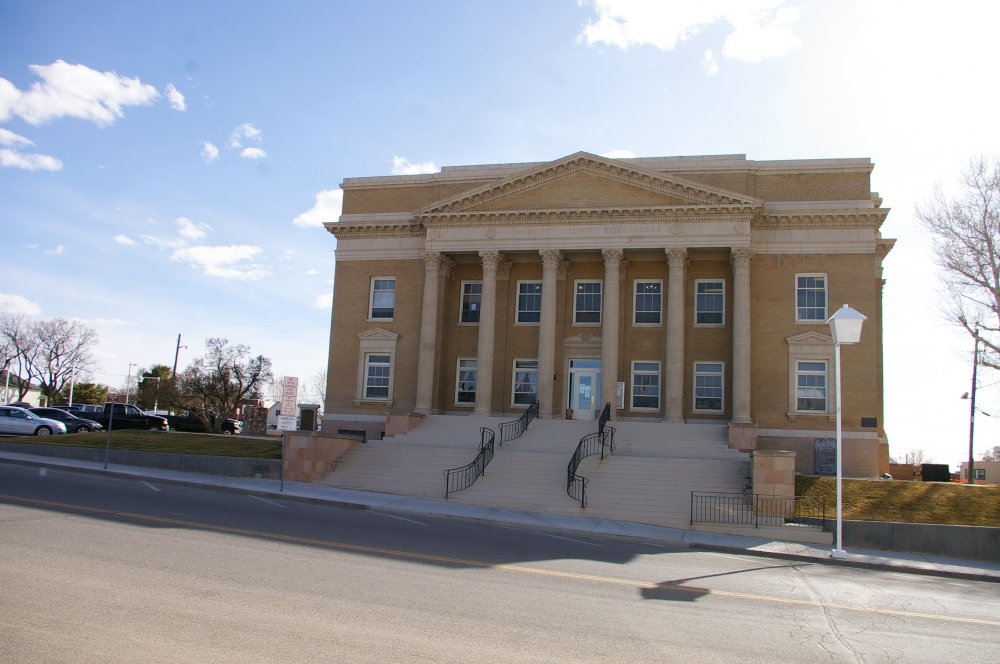 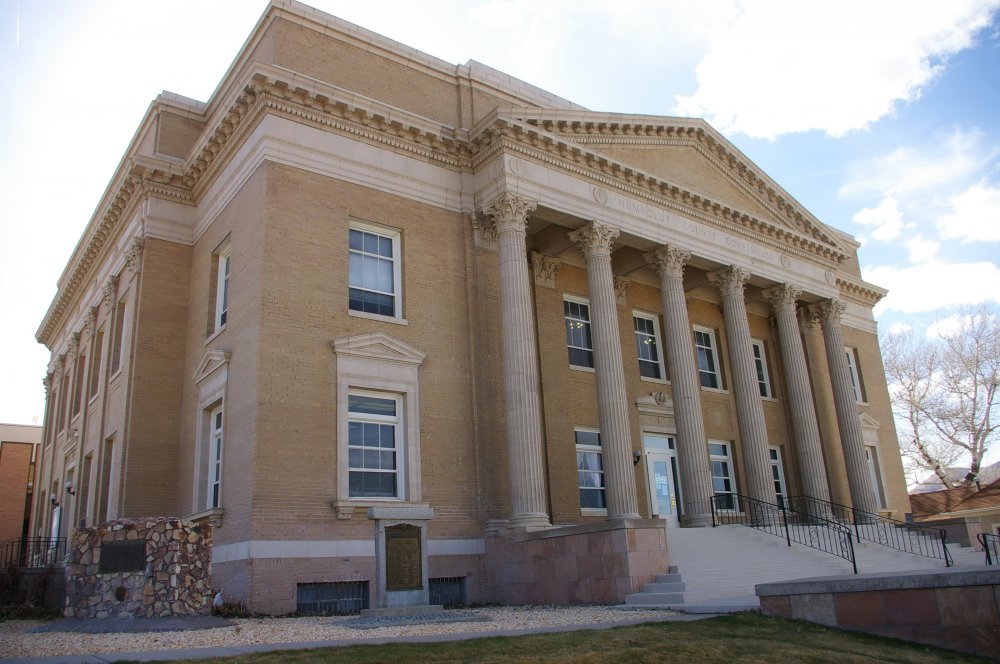 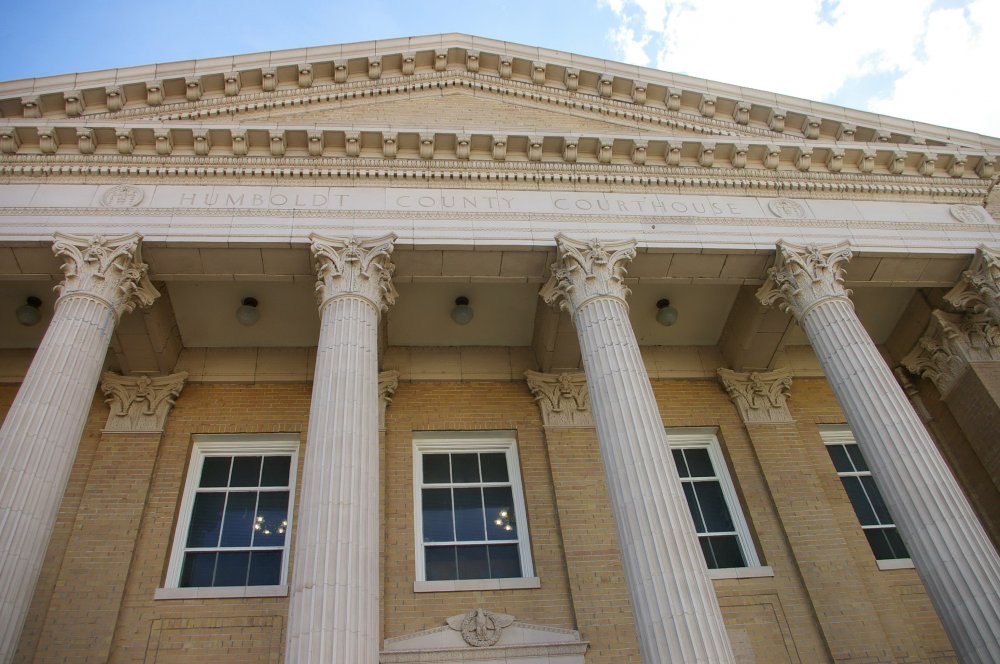 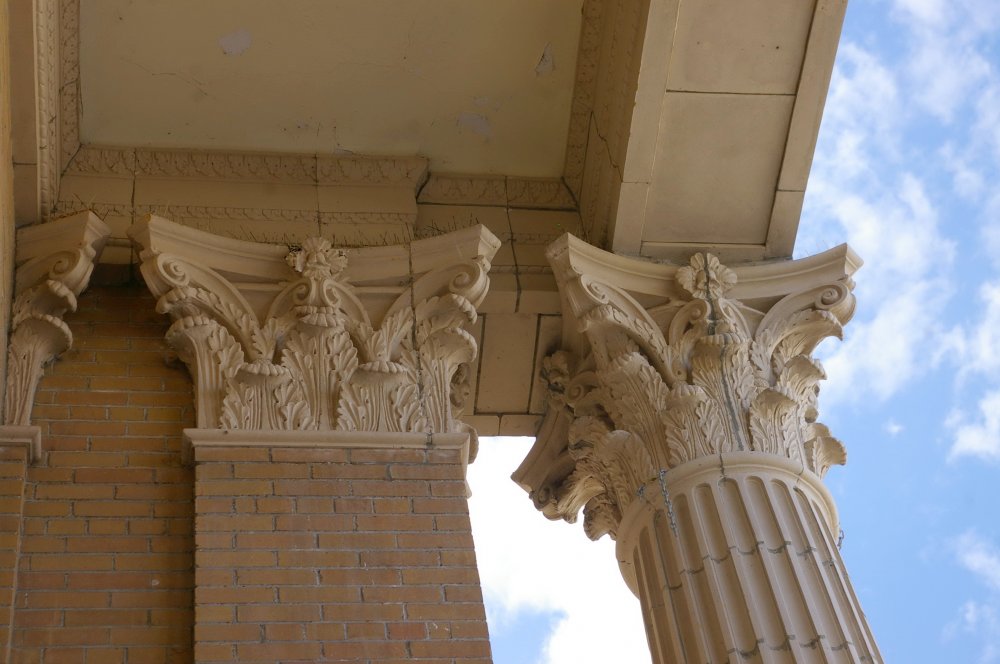