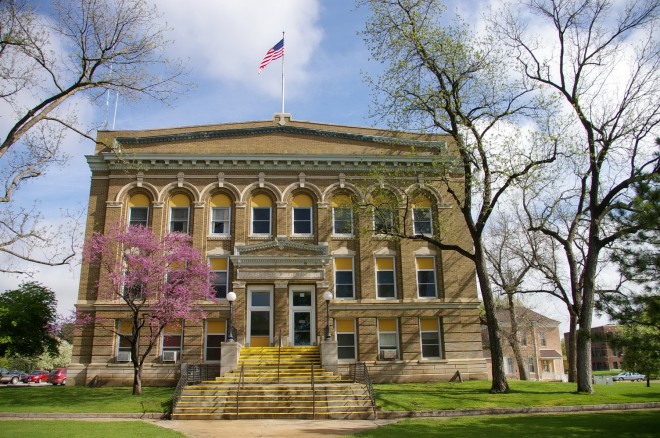 Webster County is named for Daniel Webster, who was an American statesman.

Description:  The building faces south and is a two story buff brown colored brick  and concrete structure. The building is located on landscaped grounds in the center of Red Cloud. The rectangular shaped building has a raised basement of “rusticated” brick and also Bedford limestone, which forms a low base-within-a-base. On the south front is a one story enclosed portico. The windows on the second story are arched with projecting vertical dividers descending to the first story. The round-arched brick arcades trimmed in stone spring from stone capitals of relatively simple brick pilasters. A wide cornice runs along the top of the second story. The roof line is sloped. The interior has an entry foyer with steps leading down to the ground story or up to the first story corridor. Interior features are relatively simple and include painted brick wainscoting with plaster above, metal banisters and simple newels for the stairs, terrazzo flooring on the first and second stories, and large single pane transoms over some doors. On the second story the district courtroom occupies much of the north end of the building. The courtroom has original woodwork, including a curving bar between spectators and the court and jury box. The wood screen behind the judges’ bench has pilasters with triglyphs and guttae. Interior changes include: modern wood paneling and lowered ceilings with flush fluorescent lighting. Courtroom spectator seating is now rows of chairs rather than pews or opera seats. The building houses the District Court and County Court of the 10th Judicial District. On the northeast side id the Sheriff Residence.

Note:  The goldenrod brick used to construct the present courthouse came from Sunderland Brothers of Omaha.

History:  The county was created in 1867 and Red Cloud was selected as the county seat in 1871 when the county was organized. The rude dugout house of Silas Garber1 became the first courthouse. The second courthouse was a wood frame structure built in 1878 with jail in the basement. The Burlington & Missouri River Railroad Company paid for the construction. A separate jail was built in 1887. The third and present courthouse was constructed in 1914 to 1915 at a cost of $46,786. 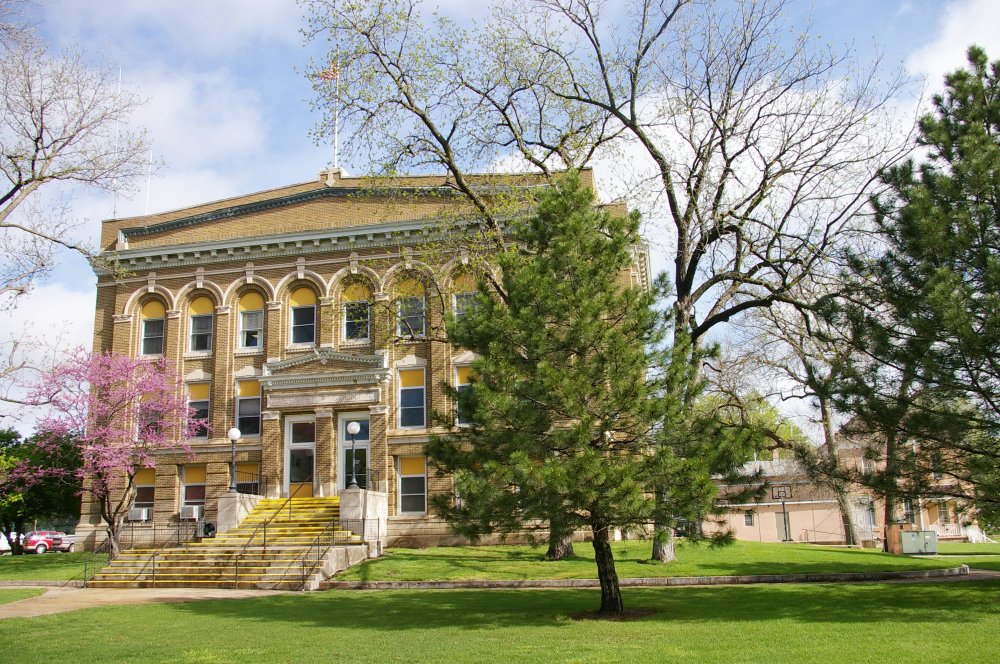 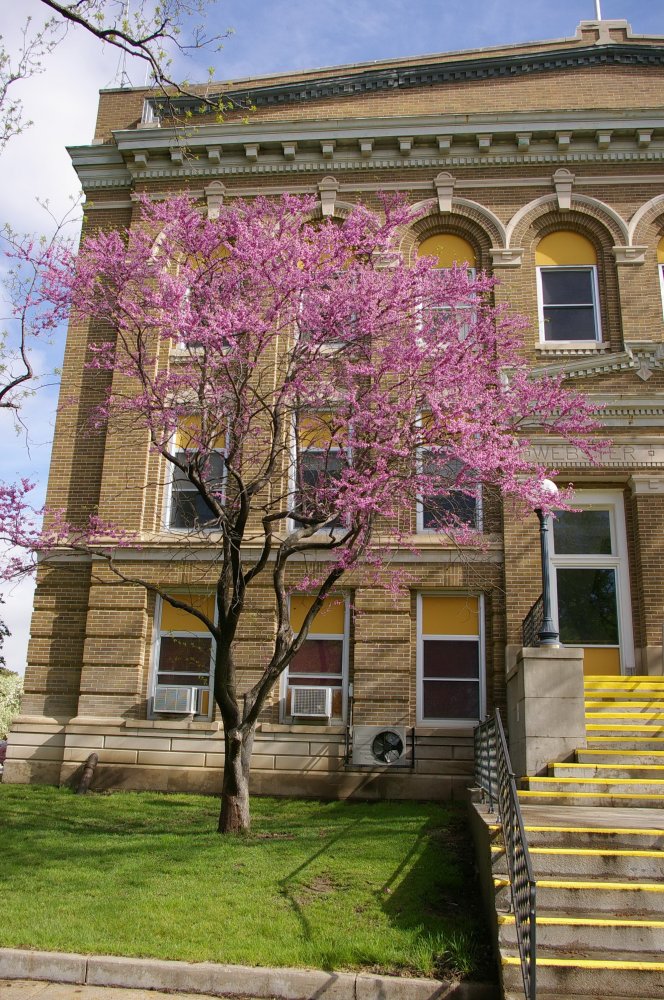 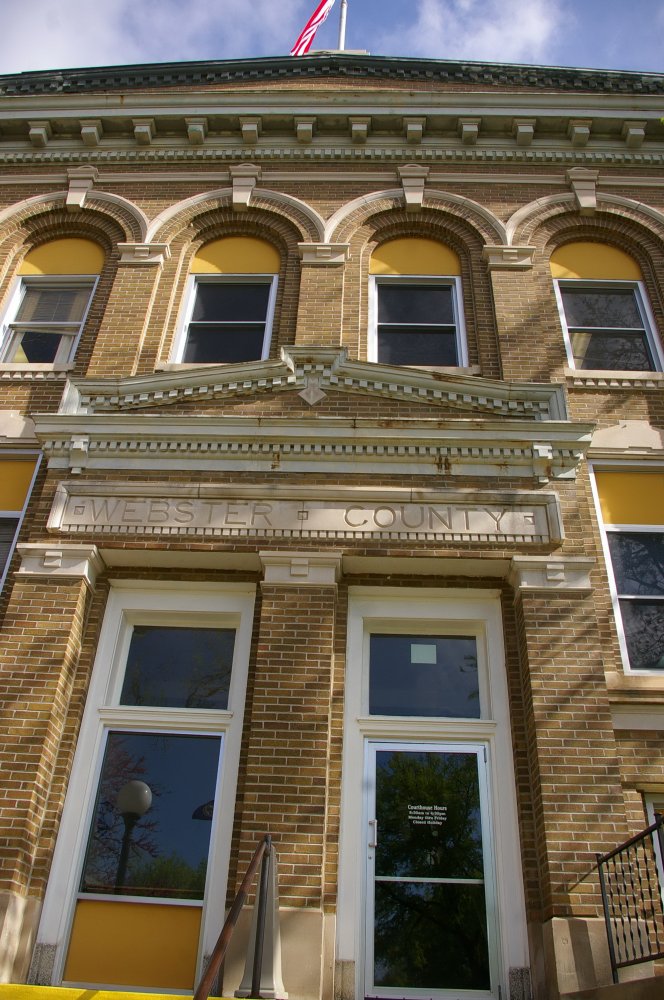 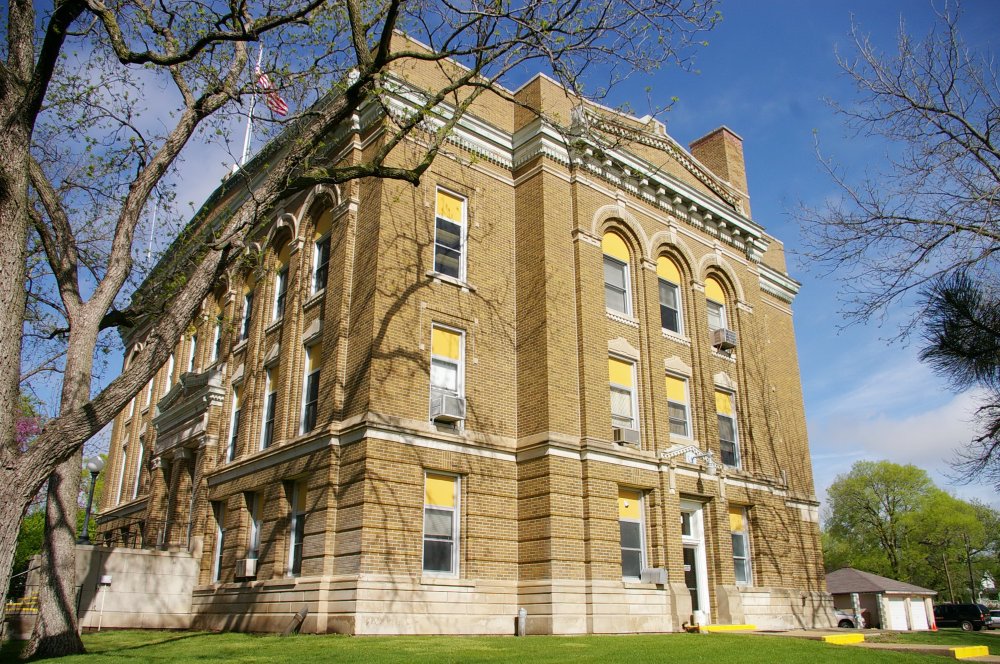 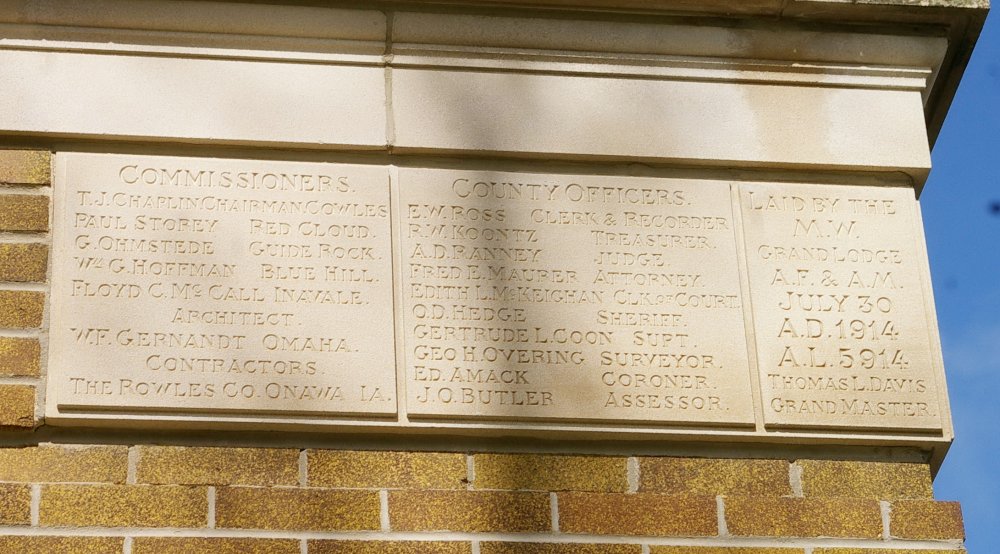 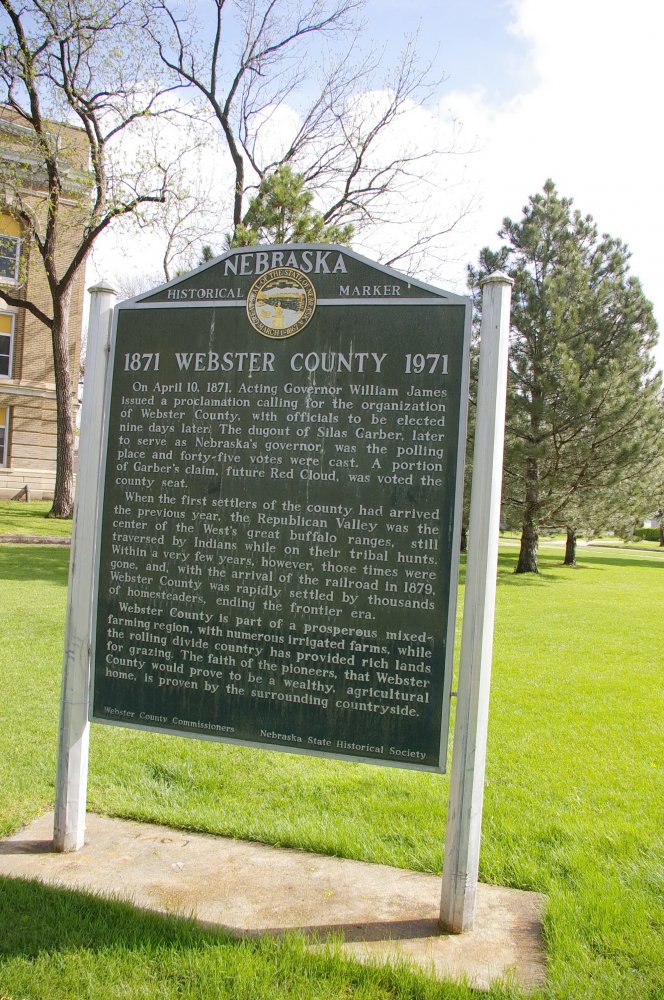 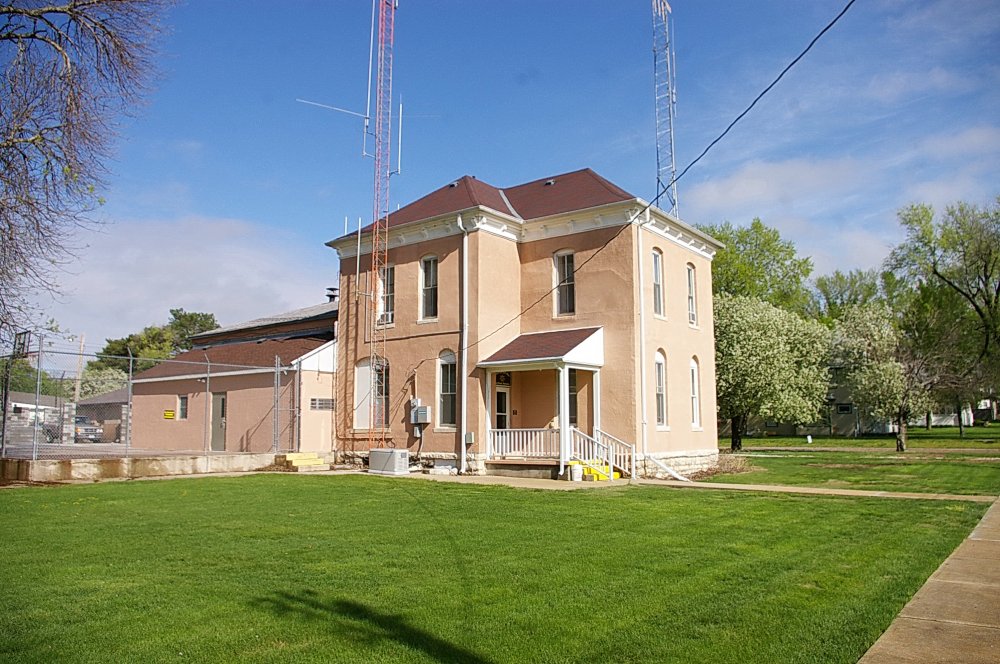 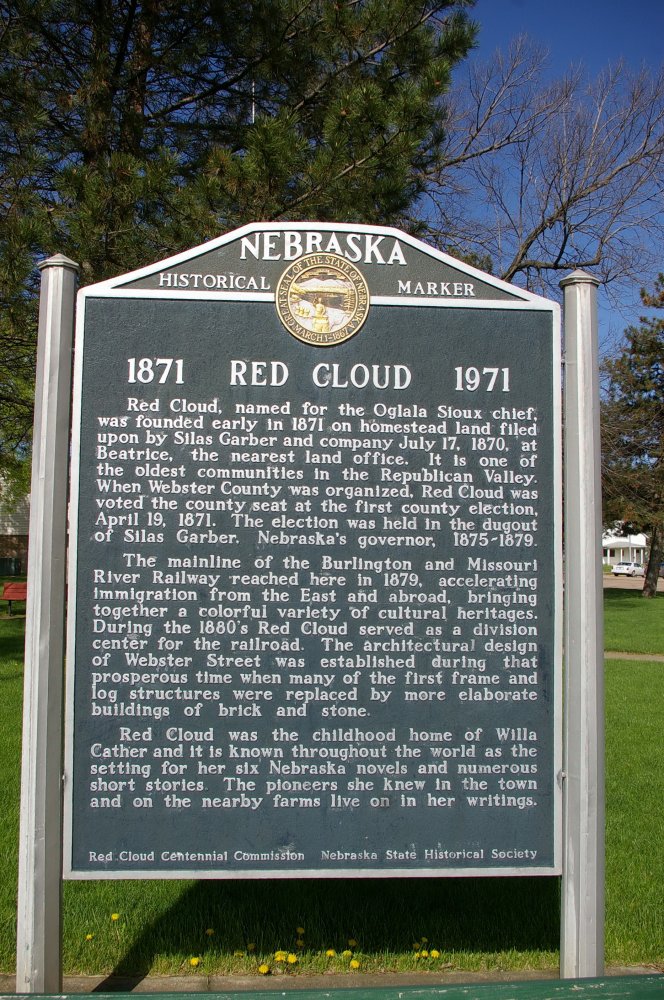 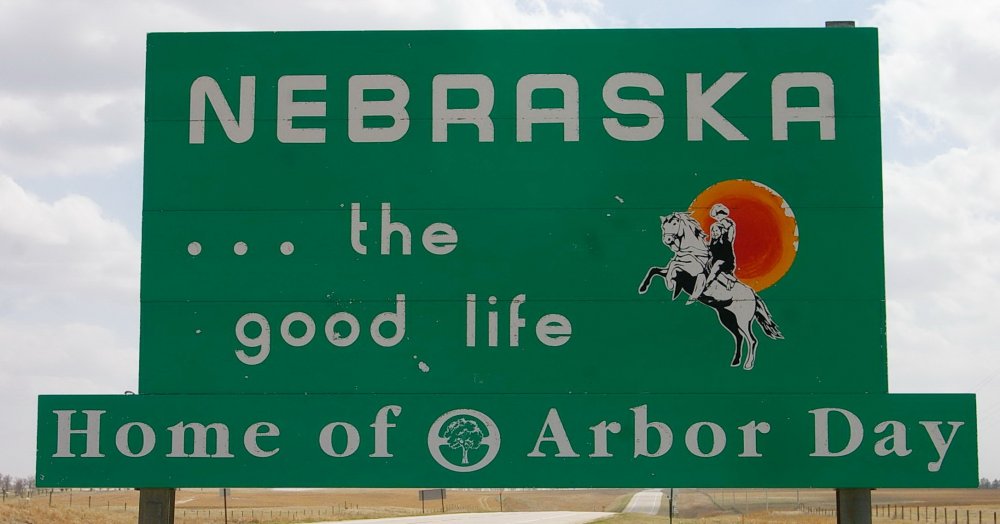