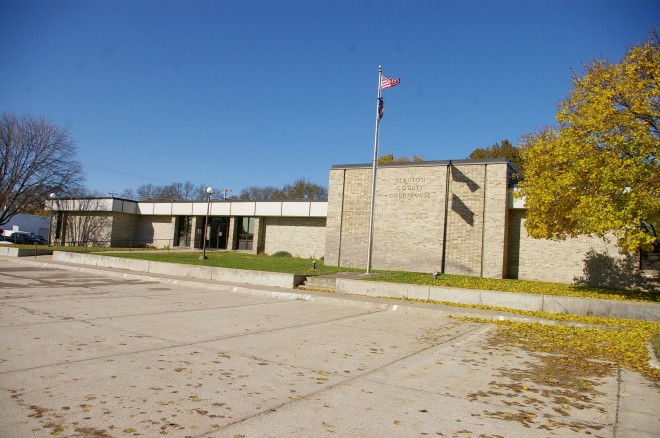 Stanton County is named for Edwin M Stanton, who was the United States Secretary of War from 1862 to 1867.

Description:  The building faces south and is a one story white-brown colored brick, concrete and glass structure. The rectangular shaped building is located on landscaped grounds in the center of Stanton. The south front has a recessed center section with four brick vertical dividers. The west section projects slightly and the east section projects south with no windows. A wide white colored band runs below the flat roof line. The building houses the County District Court and County Court of the 7th Judicial District.

History:  The county was created in 1856 as Izard County. The name was changed in 1862 to Stanton County and Stanton was selected as the county seat in 1865. The county officers first meeting was held in 1867. The first courthouse was built in 1871. The second courthouse was designed by T Dudley Allen and constructed by W L Alstyne of Lincoln in 1883 to 1884 at a cost of $10,624. The cupola was removed in 1930 and the building was demolished when the third and present courthouse was constructed in 1975 to 1976. 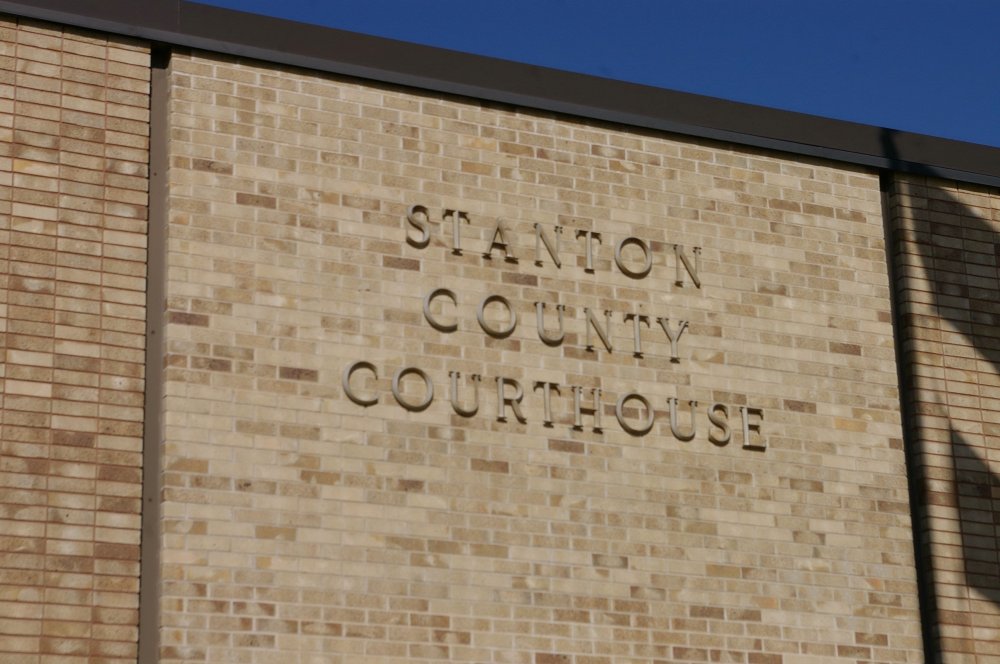 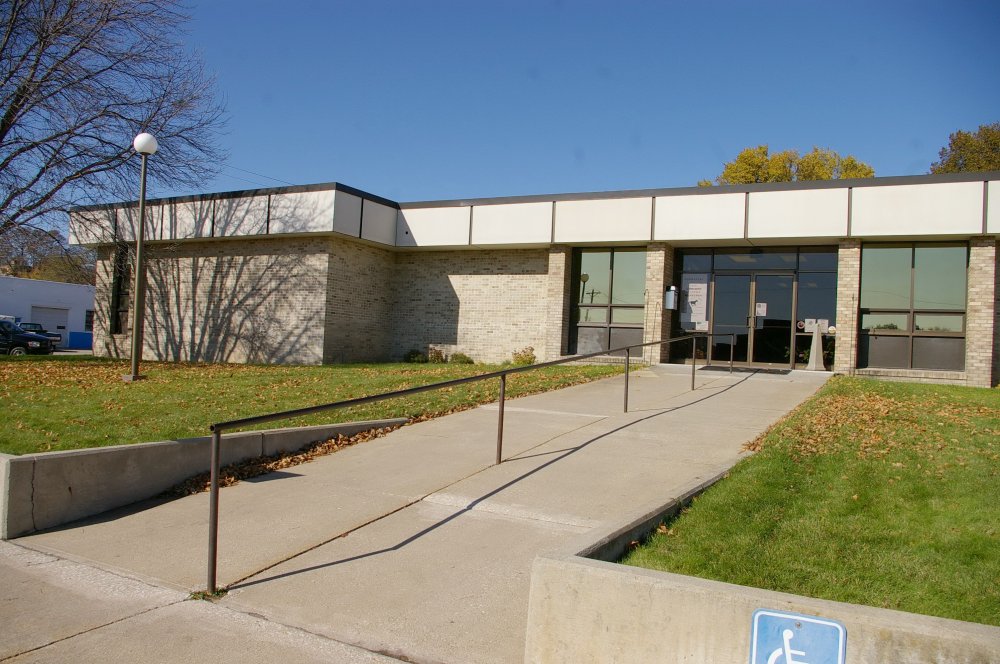 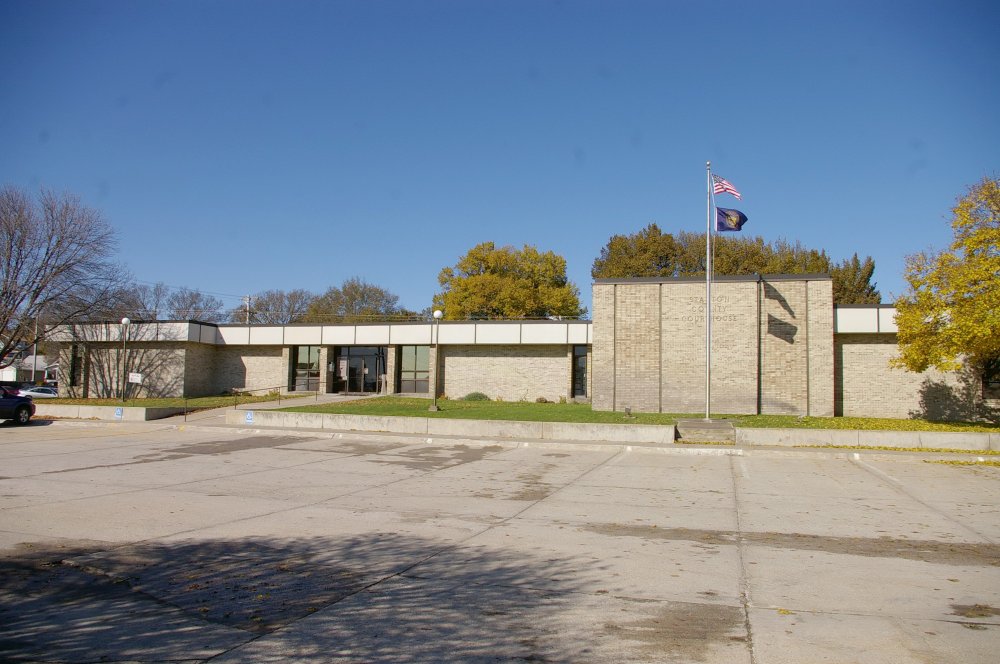 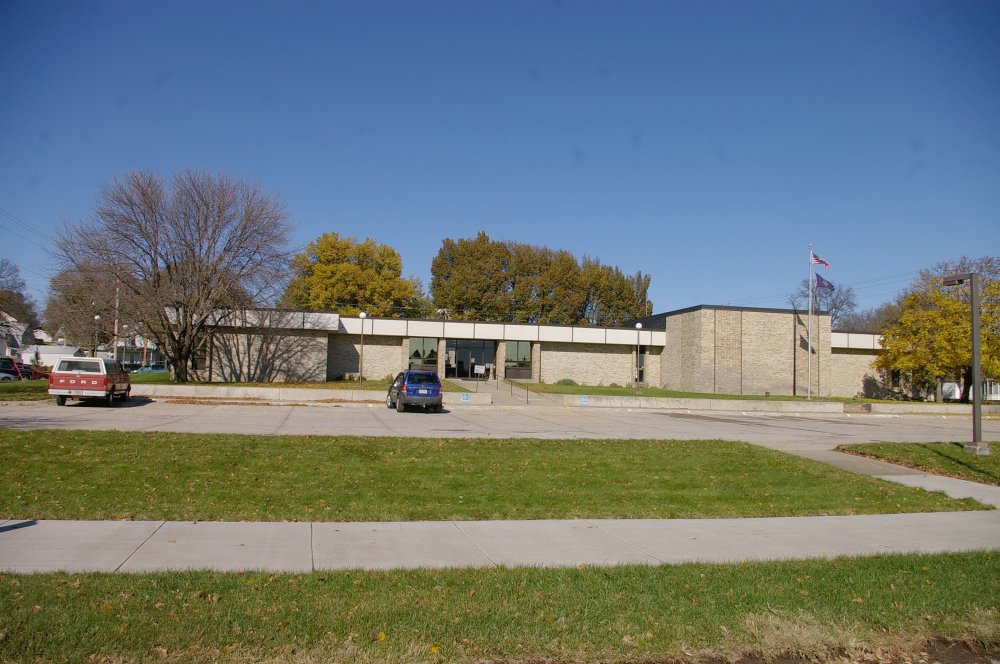 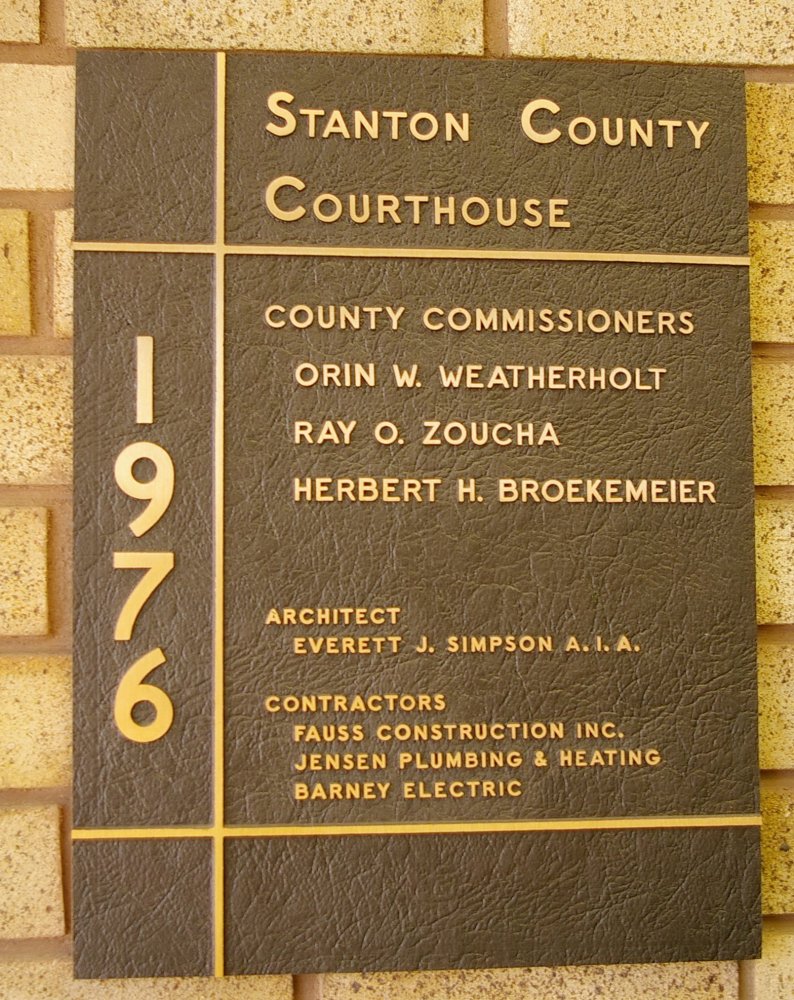 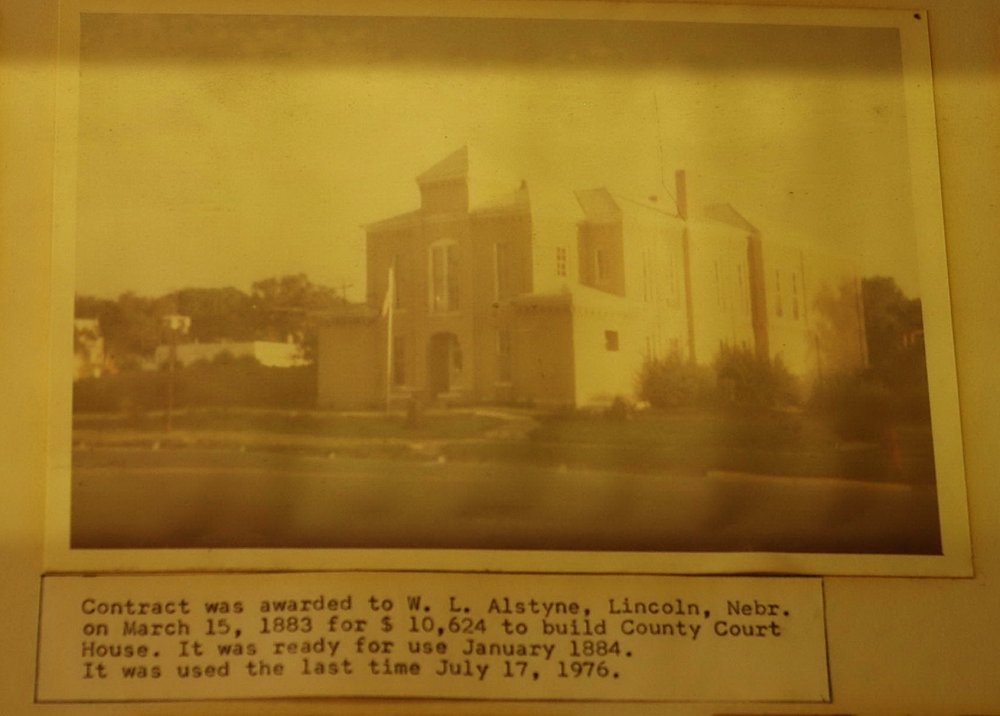 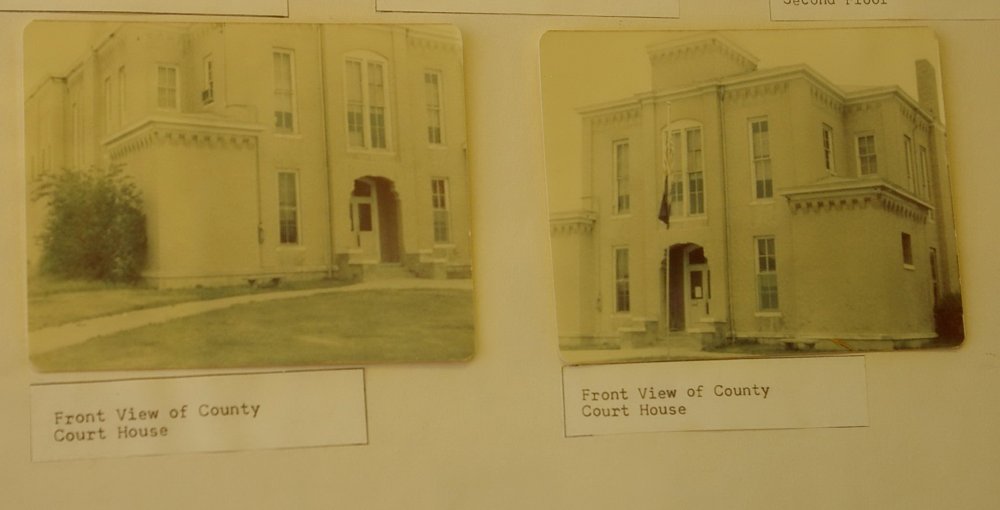 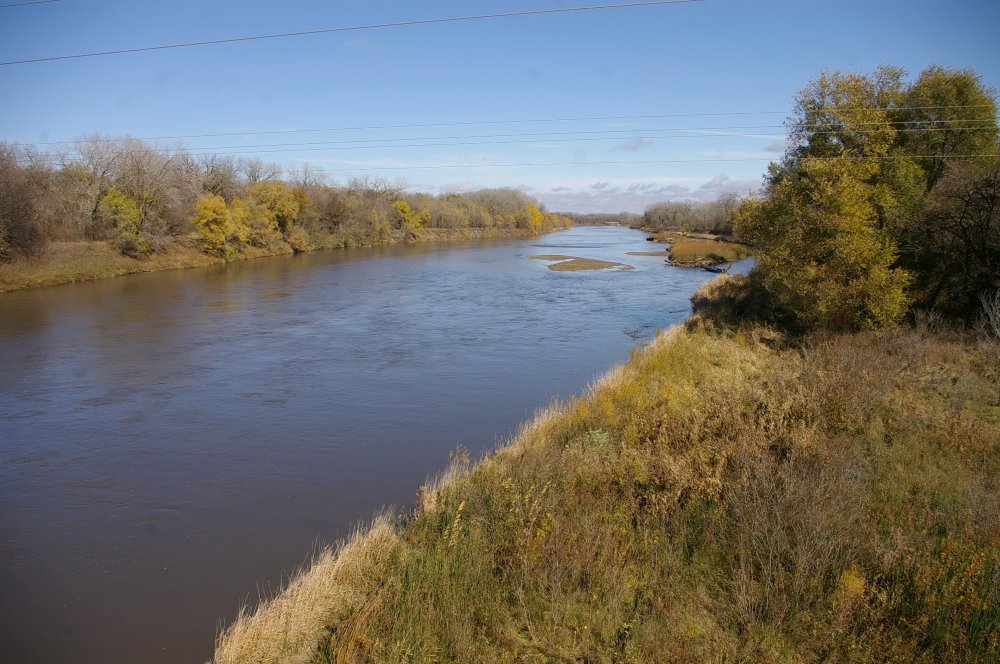