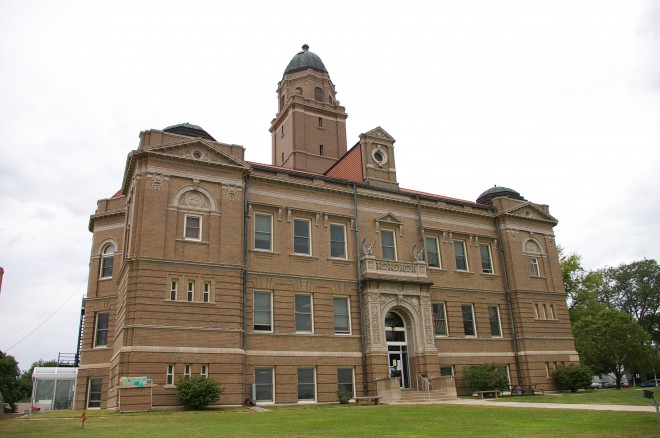 Saunders County is named for Alvin Saunders, who was a governor of the Nebraska Territory.

Description:  The building faces east and is a two story tan colored brick, stone and concrete structure. The building is located on landscaped grounds in the center of Wahoo. The building has a raised basement and shades of tan and russet from the tan brick, lighter stone and terra cotta trim. The main entrance projects only slightly but has a prominent small gabled dormer above it at the roof line as well as extensive terra cotta around its tall round-arched entrance with small balcony above with two spread wing eagles. Each corner has a large square tower with round black colored dome. In the center rises a high square brick tower with green colored dome. On the hipped roof are russet clay roof tiles. In the interior, Is a long central corridor with the Commissioners’ meeting room at the south end. A steep and narrow staircase leads directly from the east entrance to the central hallway and is adorned with distinctive murals and stencils. Ornate, rich, dark woodwork (pediments with dentils, fluted Corinthian pilasters, paneling), stained glass (stylized organic patterns and geometric shapes), plasterwork (swags and wreaths, beams, dentils, acanthus consoles, moulding, Ionic capitals), marble in two colors (wainscoting, mopboard, stair treads), floor tile (in halls, of an elaborate pattern in six colors), brass newels (with urns and Ionic capitals) are found variously in the commissioners’ room, halls, stairways, and the district courtroom. Subjects include allegorical figures (in the courtroom located on the second story), scenes relating to agriculture and pioneer life, and the earlier courthouse. The staircase murals are signed by the William G. Andrews Decorating Company of Chicago.

Description:  The building faces east is a four story reddish colored brick and concrete structure. The long rectangular shaped building is located on landscaped grounds in the center of Wahoo on the south side of the courthouse. The east front has a slightly projecting center section with entrance on the first story and large vertical window above and rising to a peak at the roof. The roof is hipped. The building houses the District Court and County Court of the 5th Judicial District. 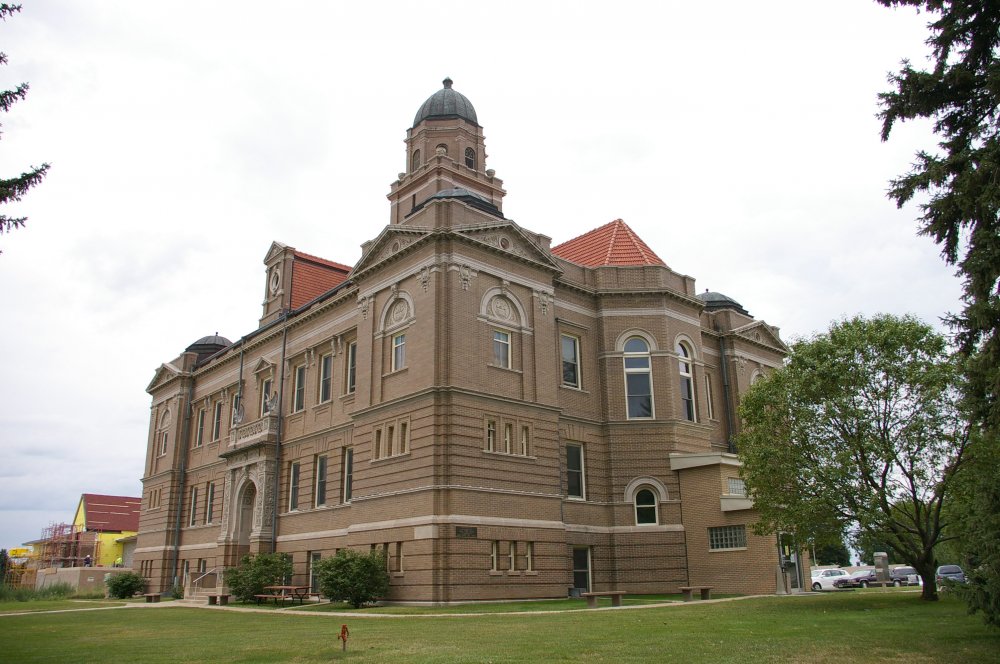 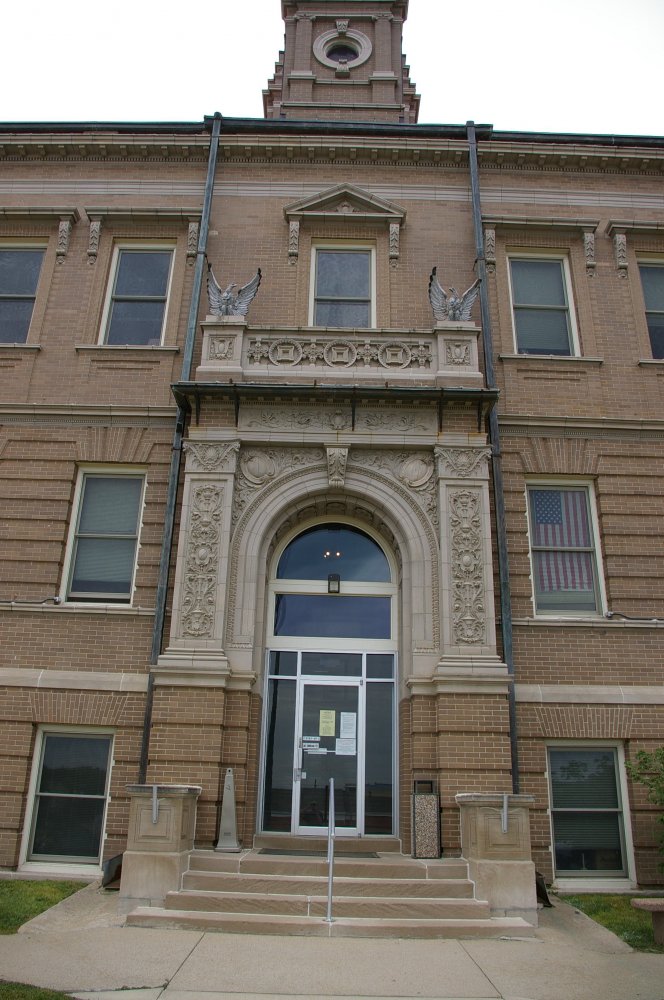 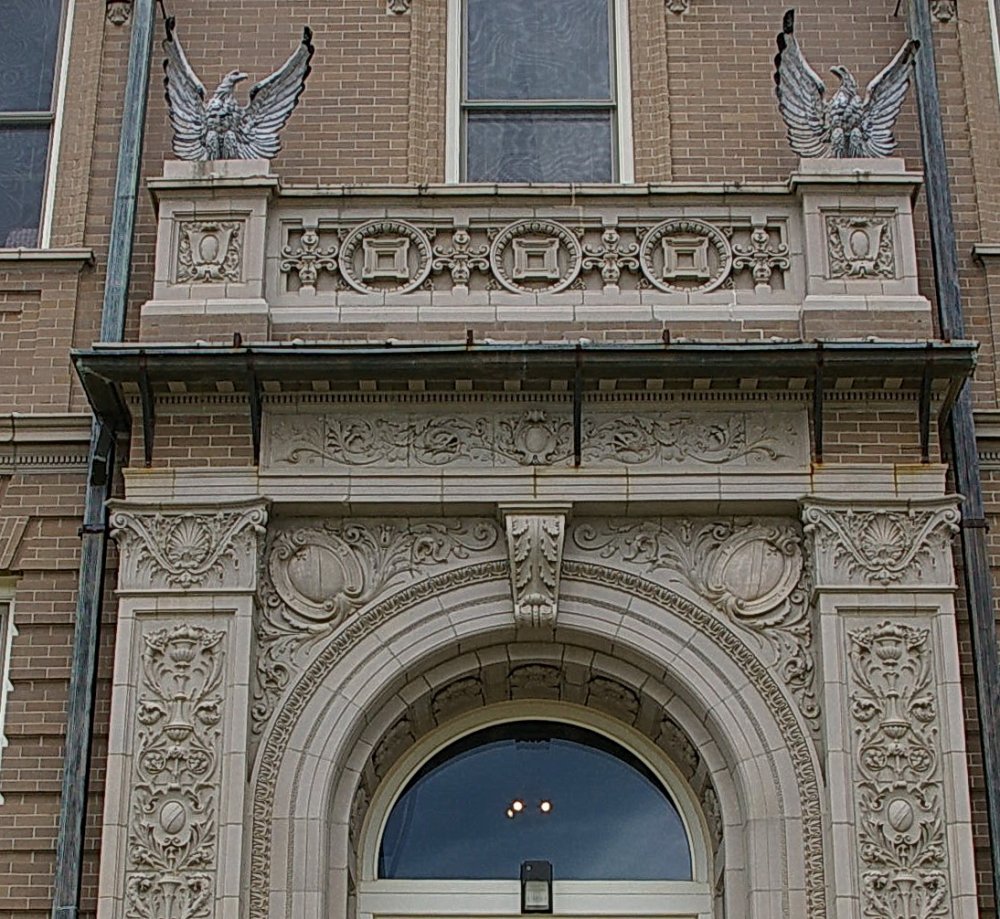 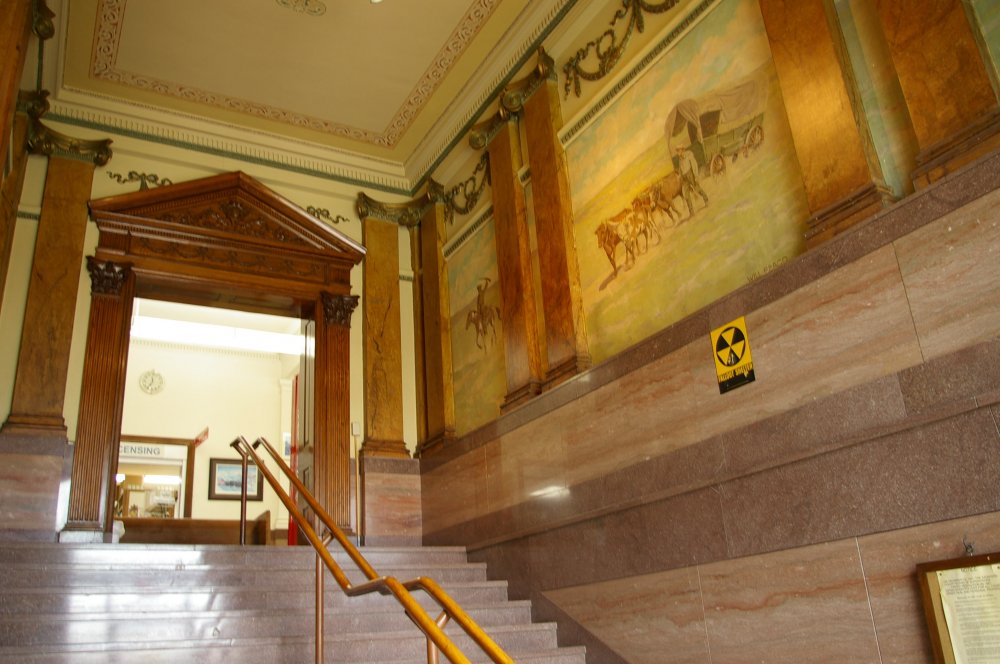 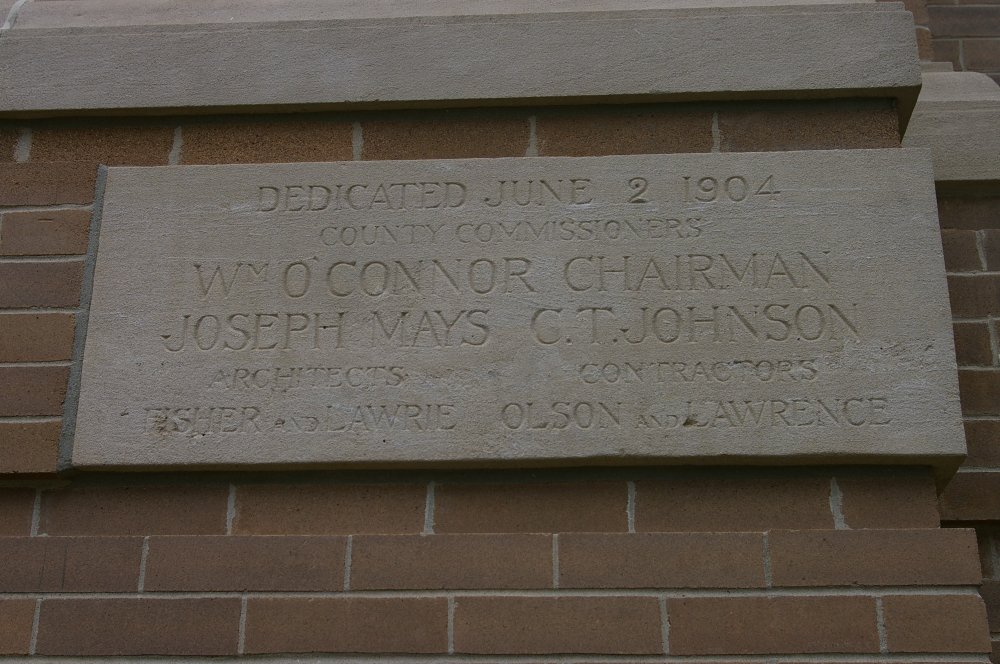 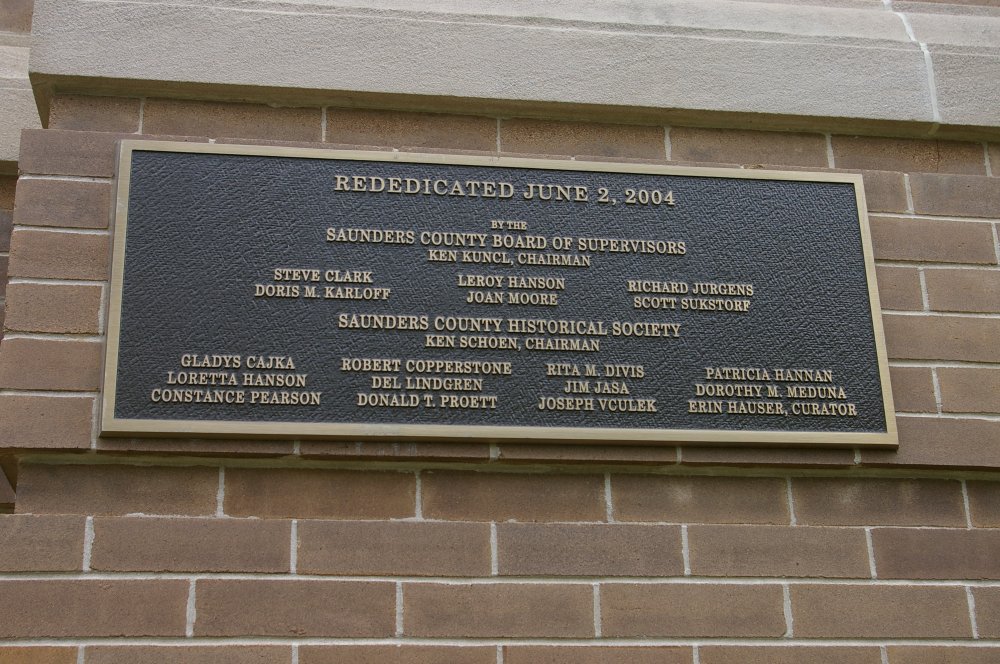 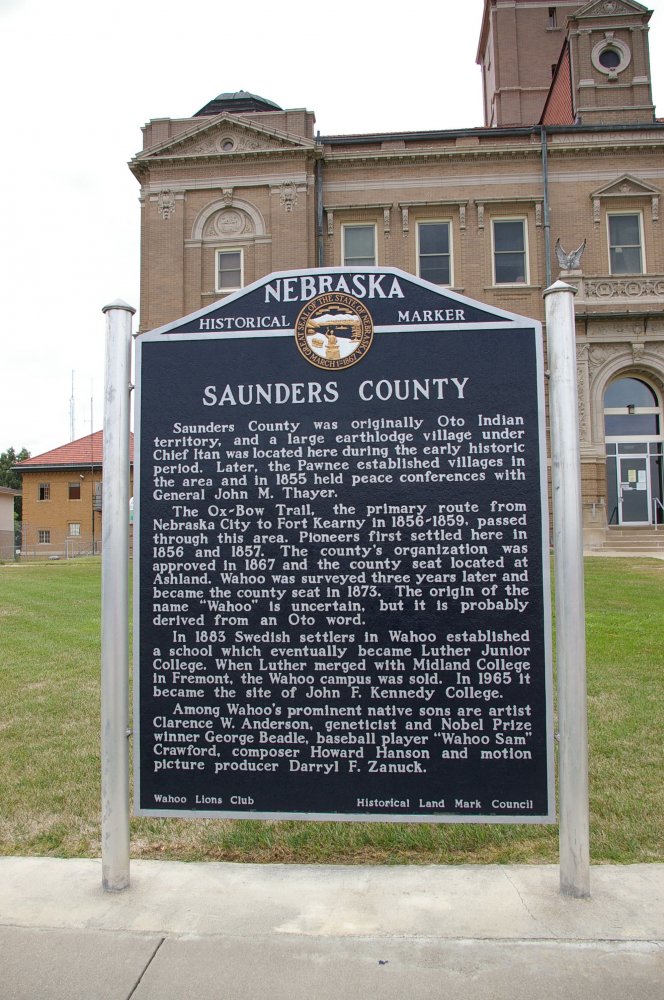