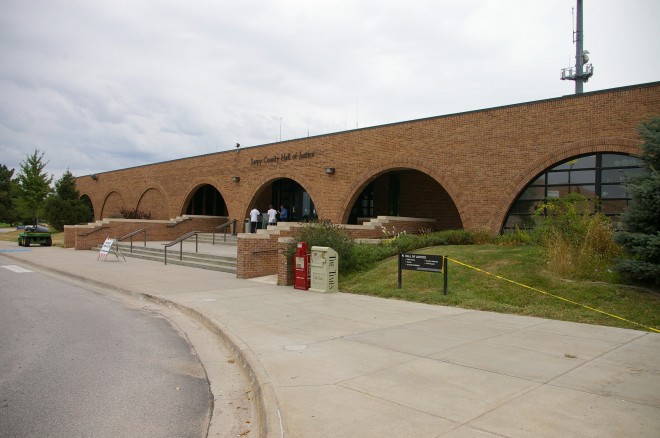 Sarpy County is named for Peter A Sarpy, who was an early fur trader located in the Bellevue area.

Description:  The building faces north and is a one story red colored brick, concrete and glass structure. The building is located on landscaped grounds to the south of the center of Papillion.  The building has large arches with windows and a recessed west entrance.  The roof line is flat. The building houses the District Court, County Court and Ciunty Juvenile Court of the 2nd Judicial District. The north section is the Hall of Justice and the south section is the Administration Wing. Construction of the Administrative Wing started in 1973 and was completed in 1974. The architect was McGaughy, Marshall, McMillan & Backlund and the contractor was D R Anderson Company of Omaha. In 2009, the Hall of Justice building was remodeled and renovated. The architect was Al Povondra of Carlson West Povondra and the contractor was All Purpose Construction.

Note:  The Courthouse Complex consists of the central Hall of Justice with the attached Administrative Wing on the south side, the Administrative Addition on the east side and the Law Enforcement Building on the west side. The old courthouse which is now the Papillion City Hall is located in the downtown area to the north. 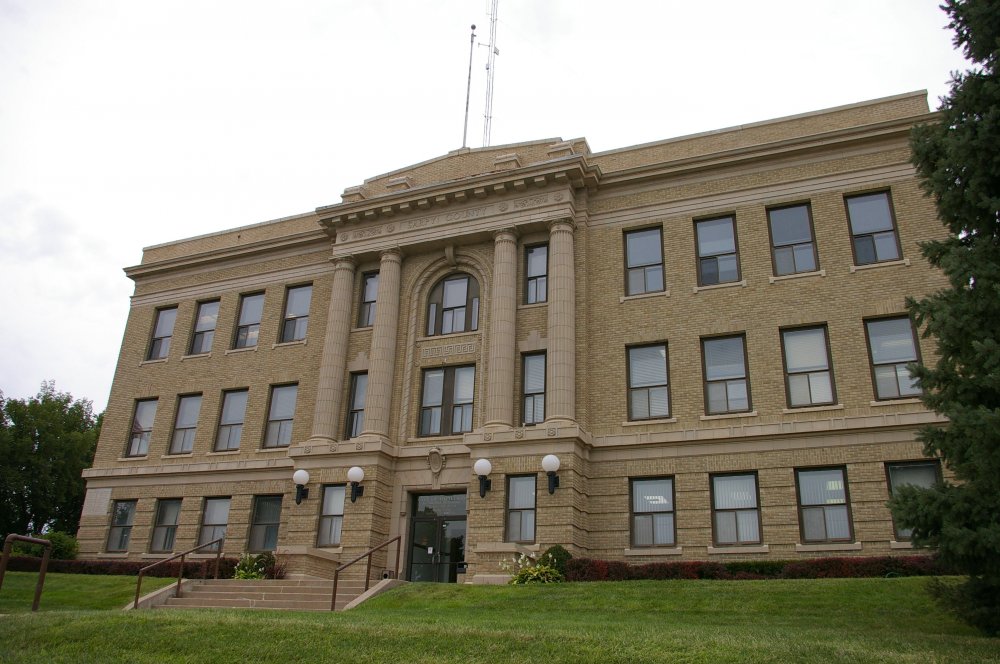 Description:  The building faces south and is a three story buff colored brick, stone  and concrete structure. The rectangular shaped building is located on the landscaped grounds of a steep terraced site in the center of Papillion. The building has rusticated brick. On the south front is a projecting center section with four fluted columns rising from the second story to the top of the third story with wide header above at the roof line. A horizontal belt runs between the first and second stories and a cornice runs below the roof line. In the interior, the floorplan is “T” shaped, and the principal hallway runs the east-west length of the first story with a short stub at the center from the principal or south entrance. Staircases to the upper stories occur at this stub. The former third floor district courtroom was converted to library use. Notable courtroom elements include lincrusta panels, heavy wood mouldings, ornate plaster consoles, and a colorful ceramic tile floor. The building was the former Sarpy County Court House and now serves as the Papillion City Hall. 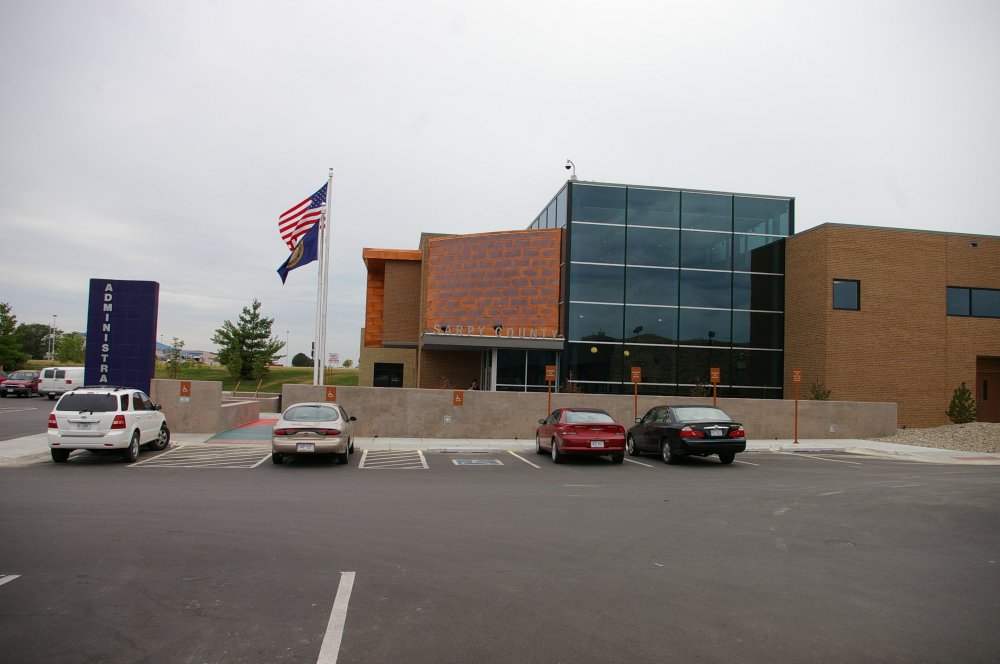 Description:  The building faces north and is a two story red and buff colored brick, concrete and glass structure. The building is located on landscaped grounds on the east side of the County Government Complex. The entrance is located at the northeast corner with a recessed entrance. The roof line is flat. The building is named as the Administration Addition. 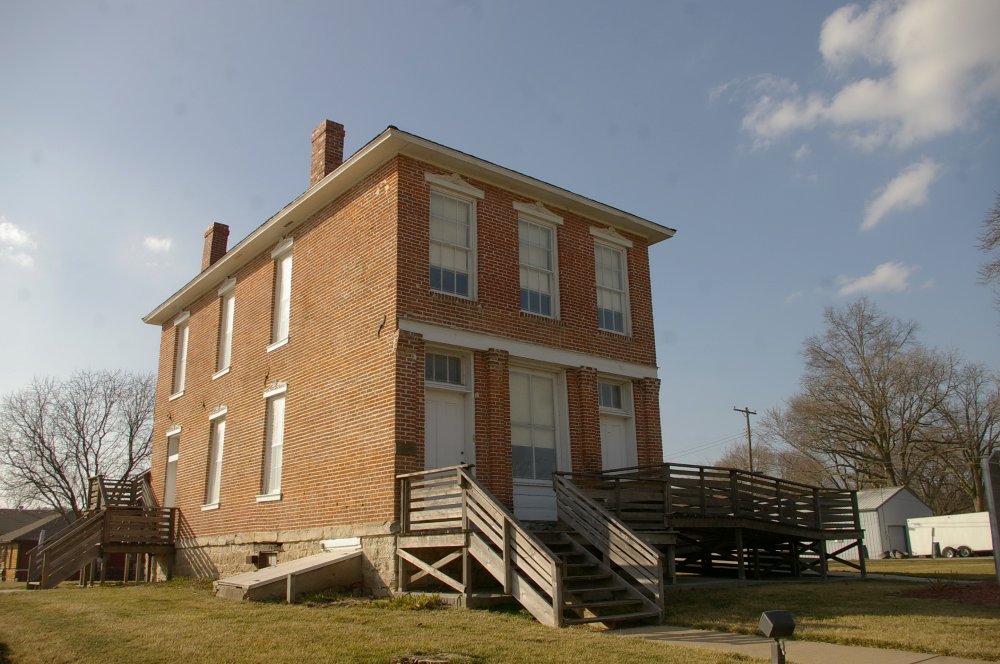 Description:  The building faces west and is a two story red colored brick structure. The building is located on landscaped grounds in the center of Bellevue. The west front has two entrances with horizontal header running across the width of the building. The roof is hipped. The building was built for the Fontanelle Bank which failed in 1857. The building served as the courthouse from 1861 to 1975 and then become the Bellevue City Hall until 1959. 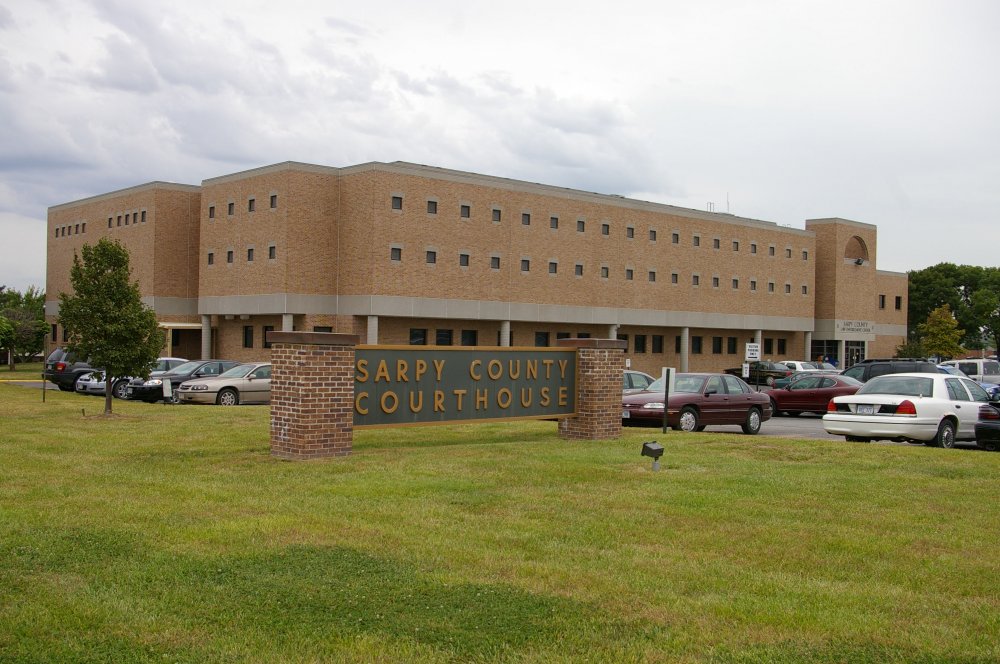 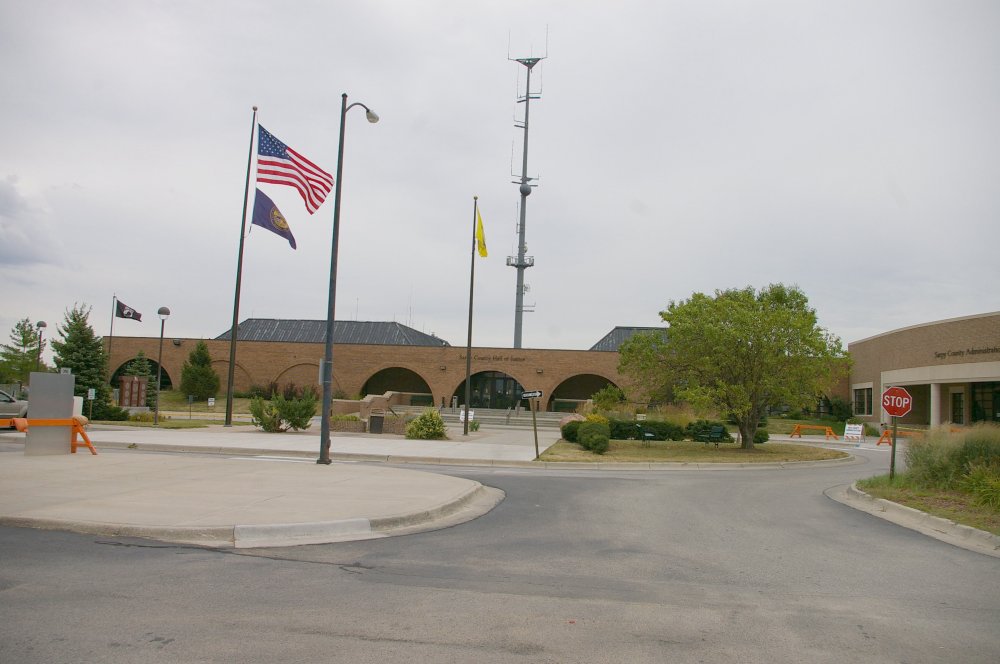 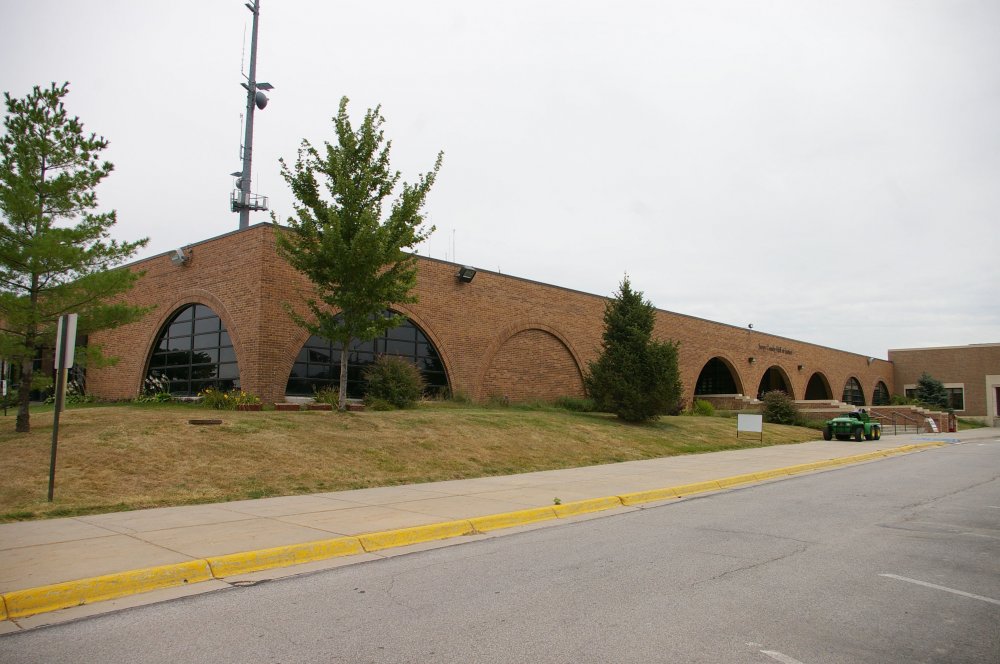 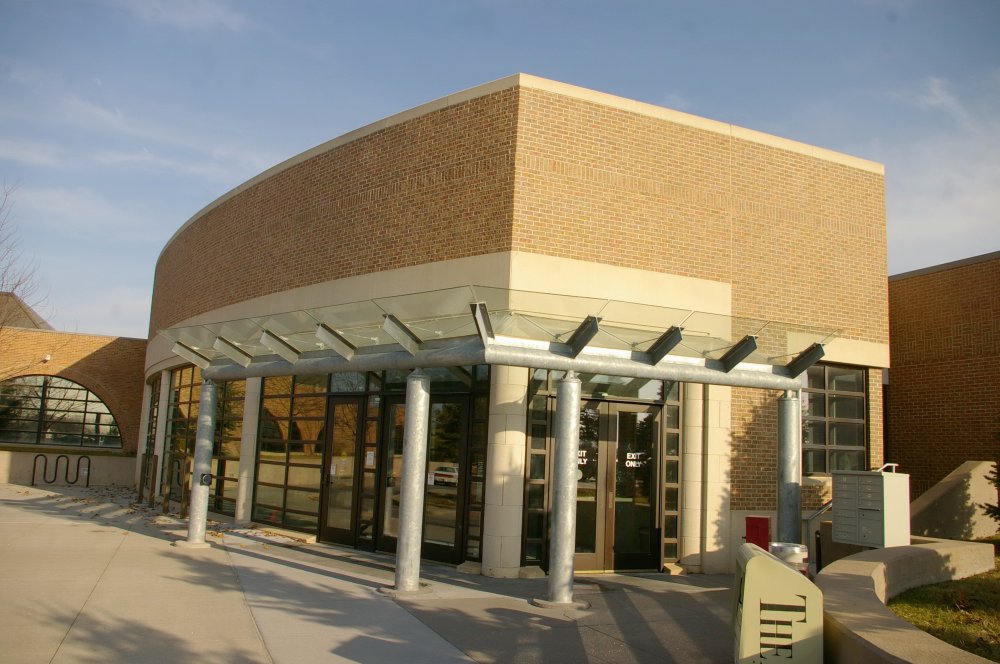 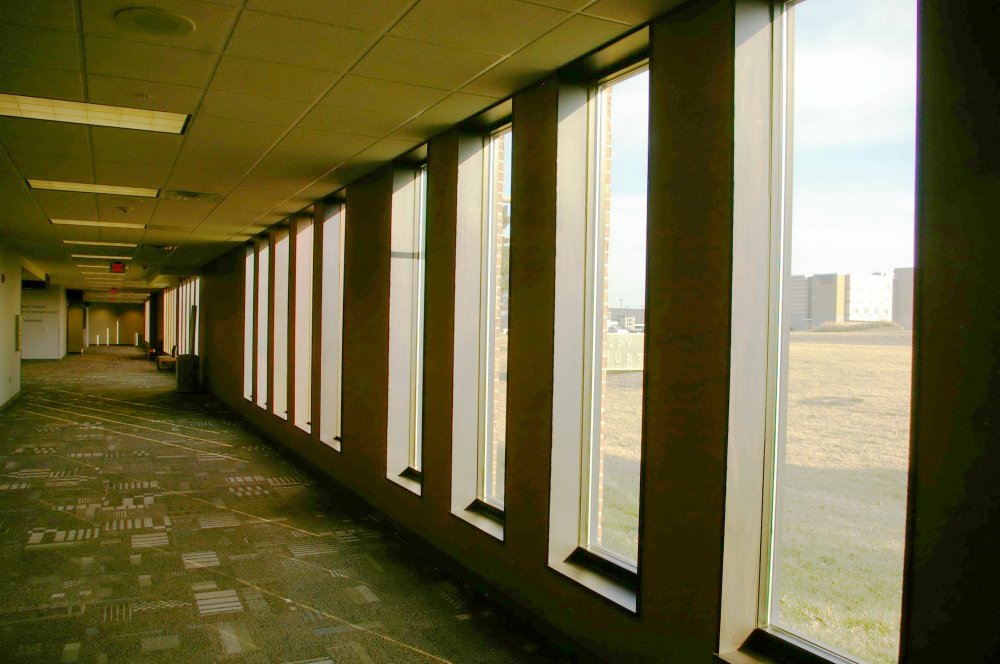 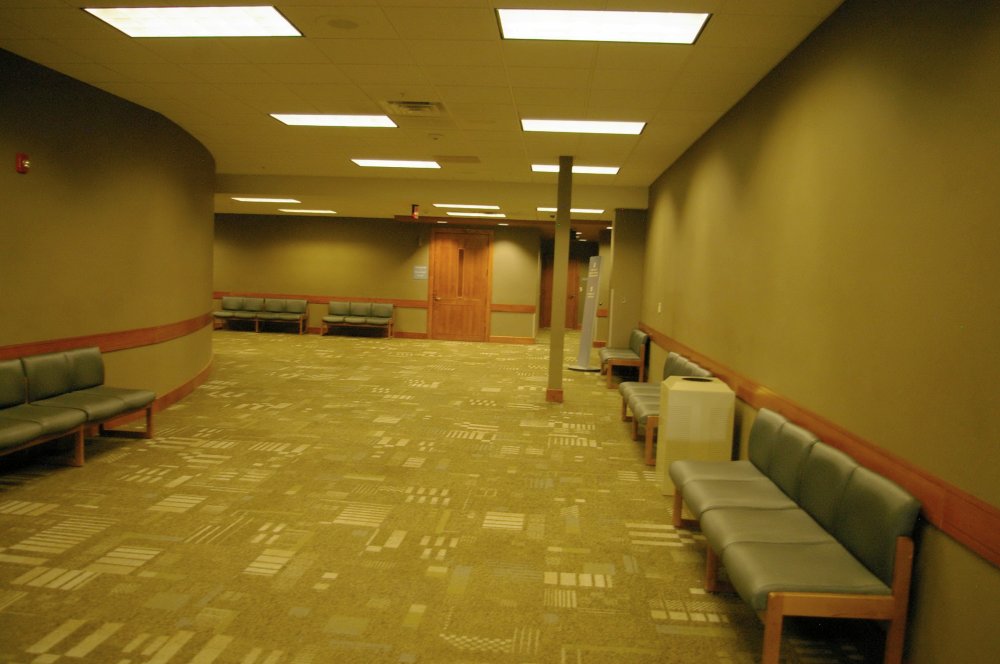 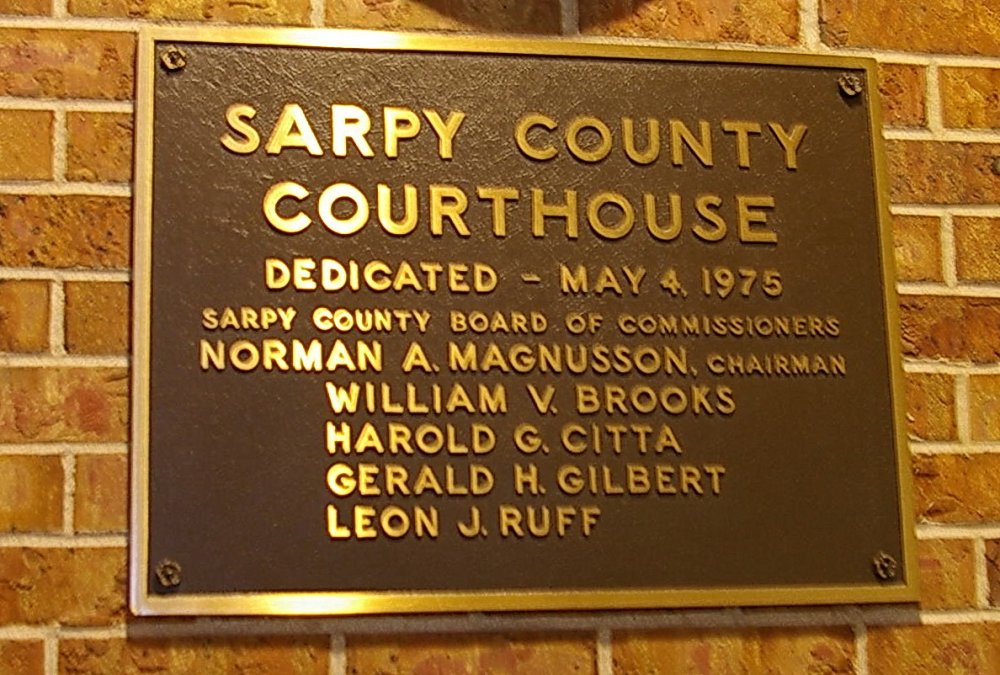 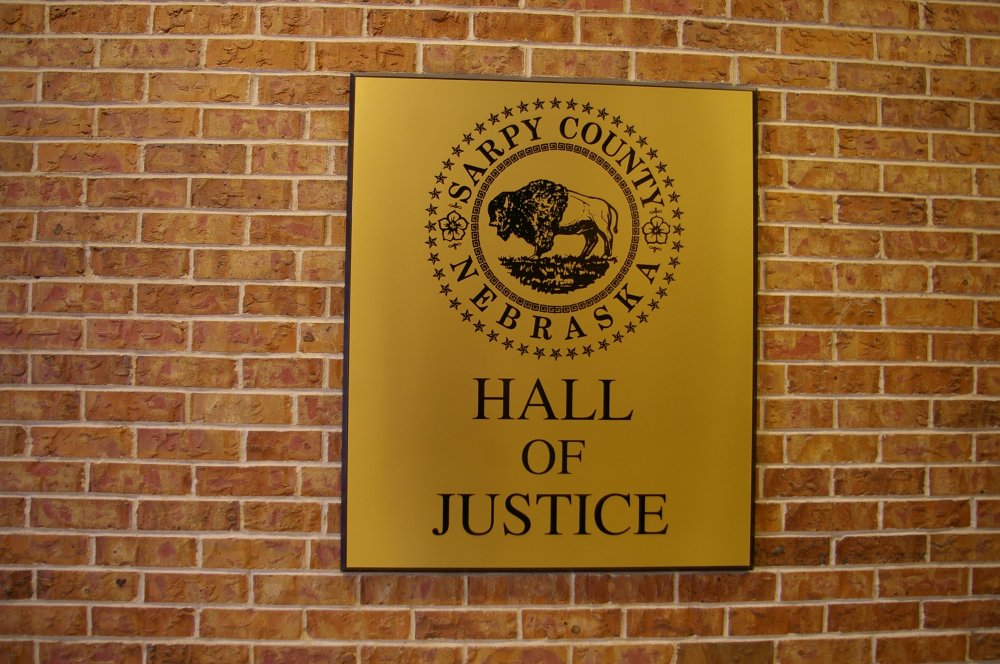 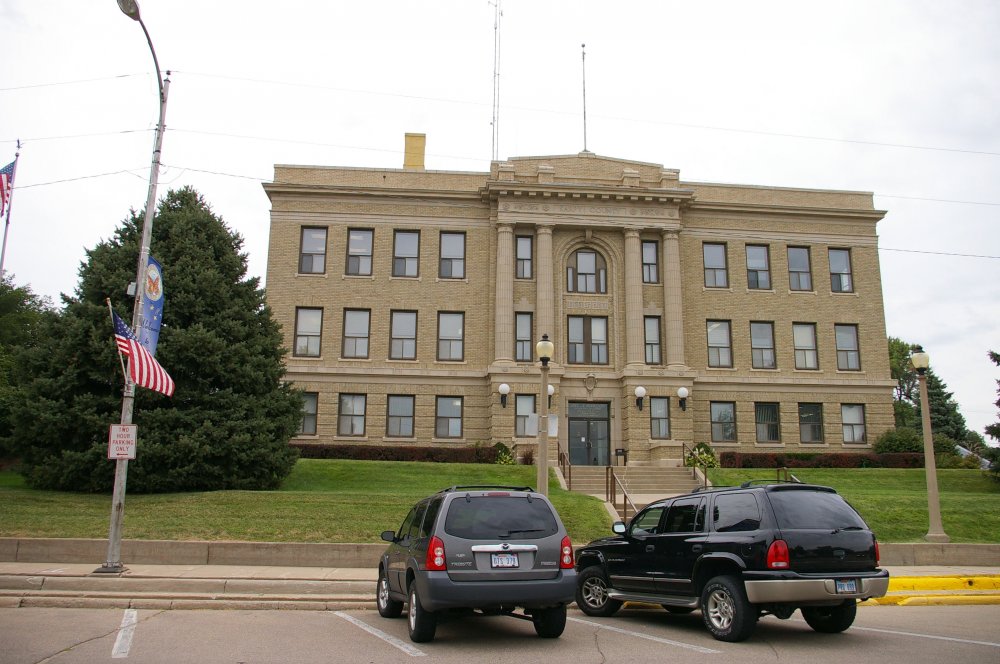 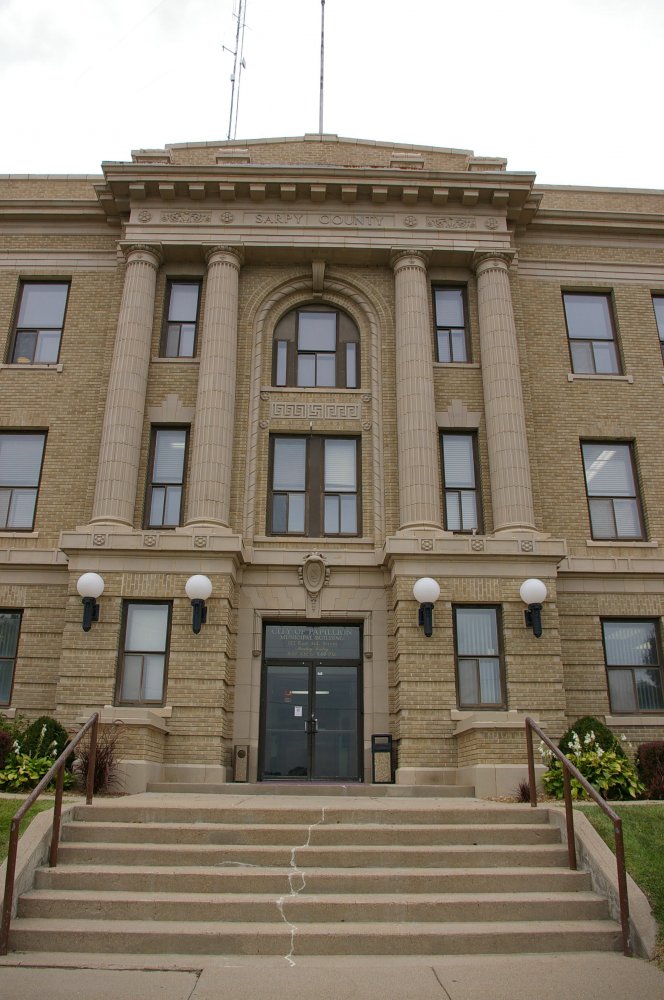 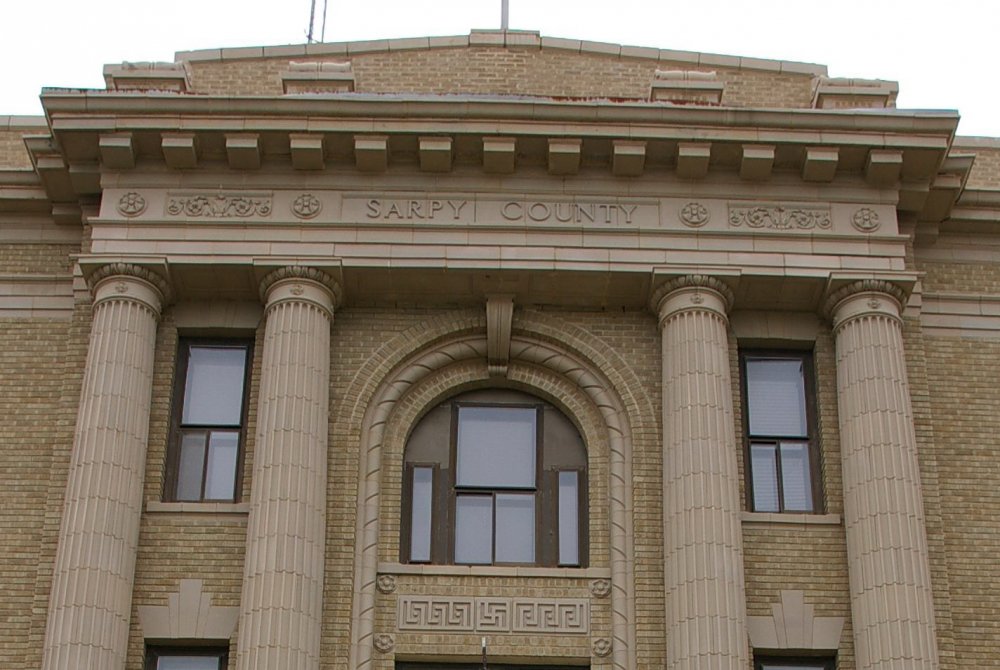 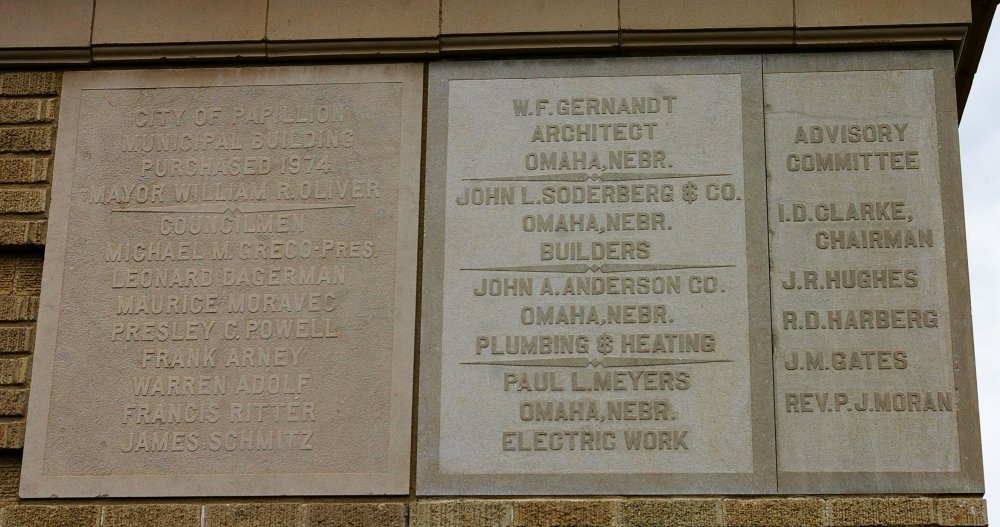 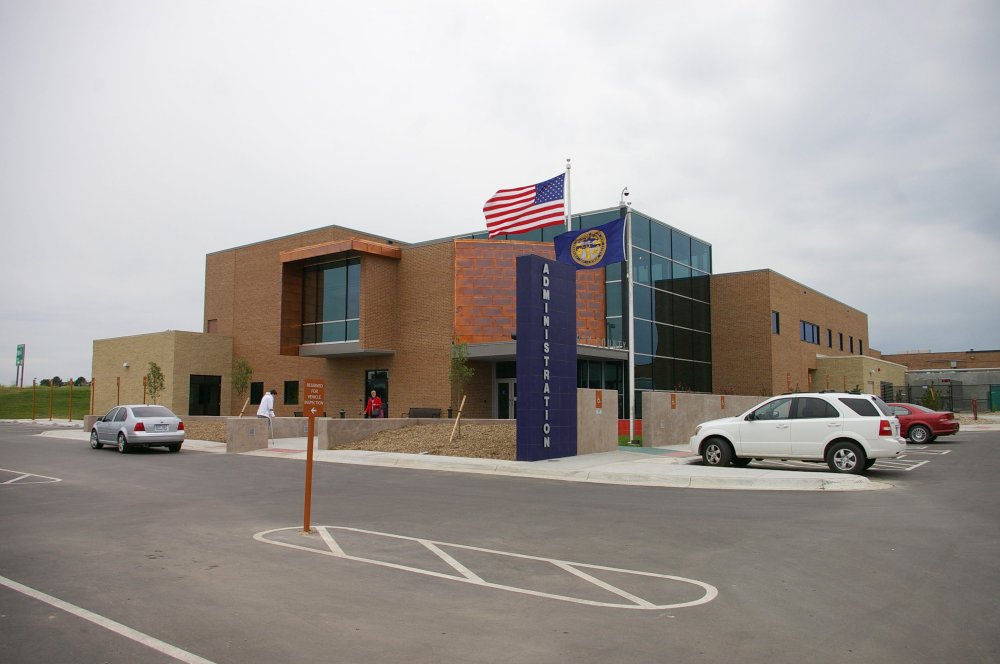