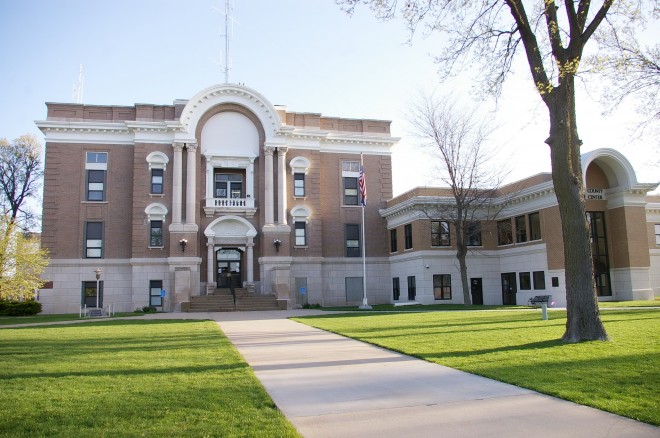 Phelps County is named for Williams Phelps, who was an early settler in the region and captain of a steamboat on the Missouri River.

Description:  The building faces south and is a two story buff colored brick and concrete structure. The rectangular shaped building is located on spacious landscaped grounds in the center of Holdrege. The basement is ashlar limestone, and limestone is also used for the massive columns and other trim. The stone contrasts well with buff-colored brick. A prominent feature are immense semi-circular painted metal arches that are centered on three sides of the building. The arches rise above a rather simple paneled brick parapet and are linked by a heavy moulded metal cornice having block modillions. The curving shape is repeated over the entry and for windows that flank the main entrance on the south facade. The south front has a projecting center section with four columns rising from the second story to the top of the third story where a large arch is formed by the wide decorative cornice. On the first story, the entrance has two columns with an arch pediment above and a small balcony between the second and third stories. The roof line is flat. The interior has a spacious central corridor has a series of large county offices off it with the supervisors meeting room located at the north end. Circular motifs from the exterior are repeated on the interior for the railing around the stairs to the second story, and for metal balusters. Other original elements include a mosaic in the foyer with “PHELPS” in it, dusty pink marble stair steps, and black and white marble wainscoting and stair risers. On the second story the district courtroom occupied nearly the full extent of the west side of the building, and related judicial uses take up the remaining space. Behind the judge’s bench is a curved niche with curved woodwork which serves as a fine backdrop for the judge’s chair. In the niche is a “Statue of Justice,” sculpted by Holdrege artist Henry Sundeen. The building is connected to the County Justice Center along the east side.

See:  The contractor, Rowles & Bailey of Oklahoma City, Oklahoma, constructed courthouses in Nebraska in Nemaha County; in North Dakota in Pembina County; and in Oklahoma in Grant County and Jackson County. 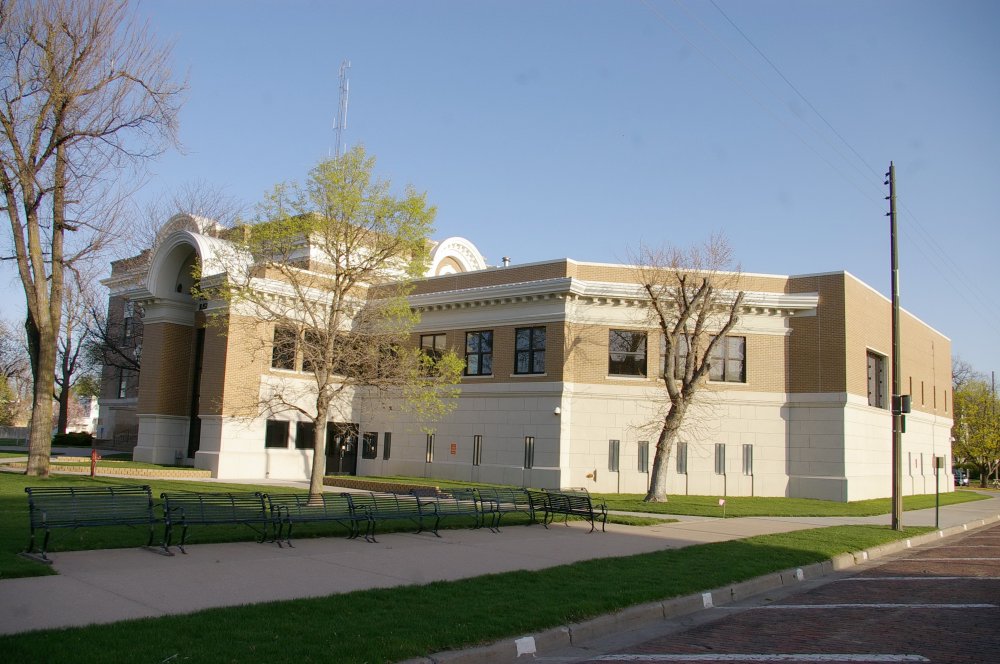 Description:  The building faces south and is a two story buff colored brick and stone structure. The building is located along the east side of the courthouse. The south front has a central projecting section with entrances on either side of the first story.  A recessed glass section rises to a curved roof section at the top.  The roof line is flat. The building contains the courtrooms.  The building houses the District Court and County Court of the 10th Judicial District. 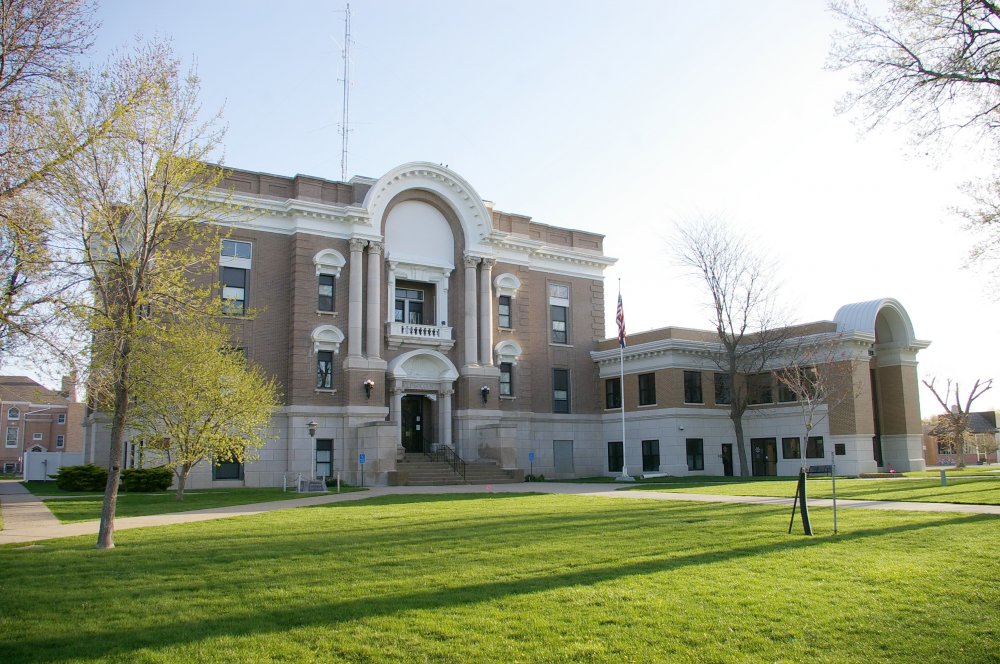 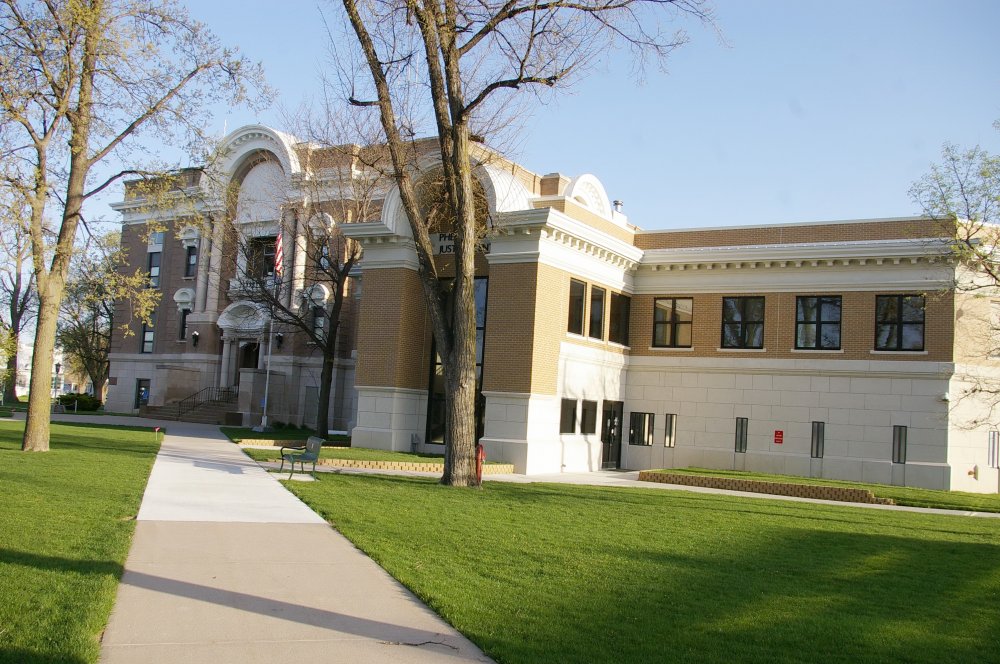 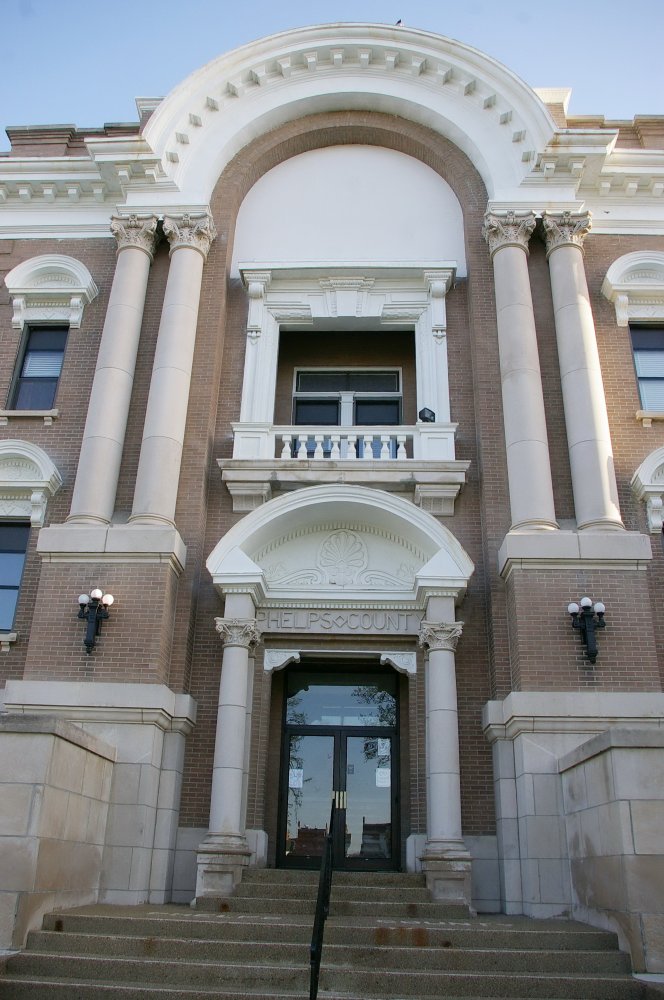 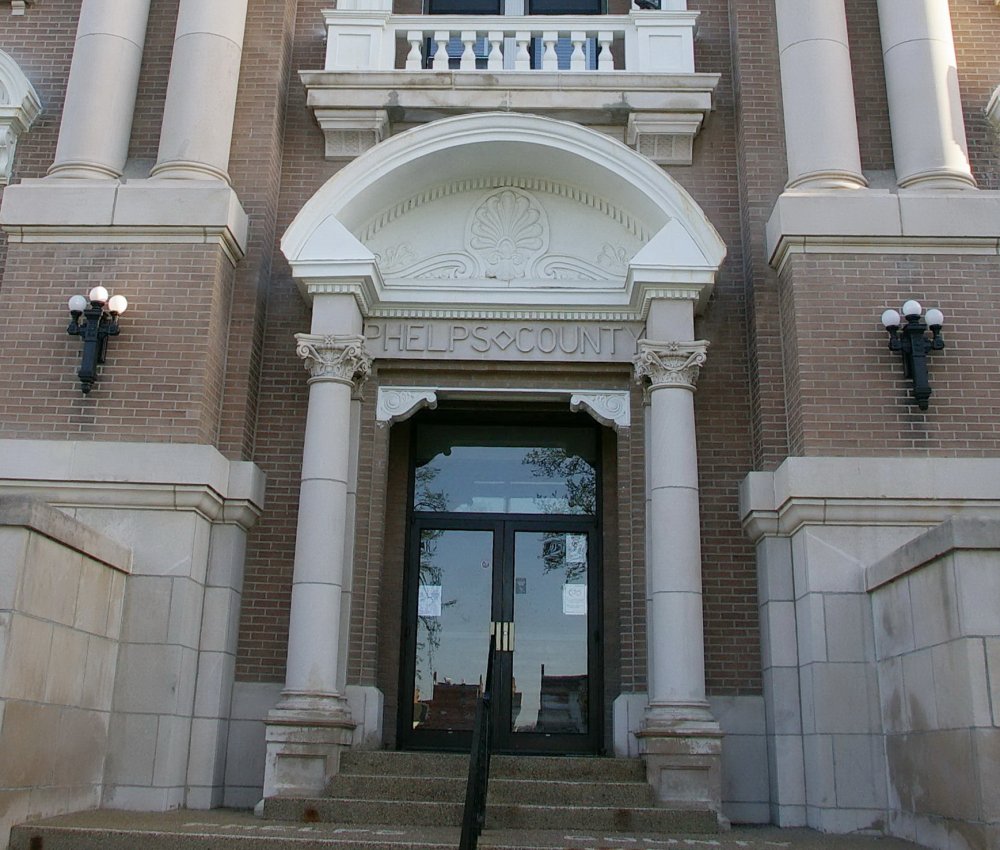 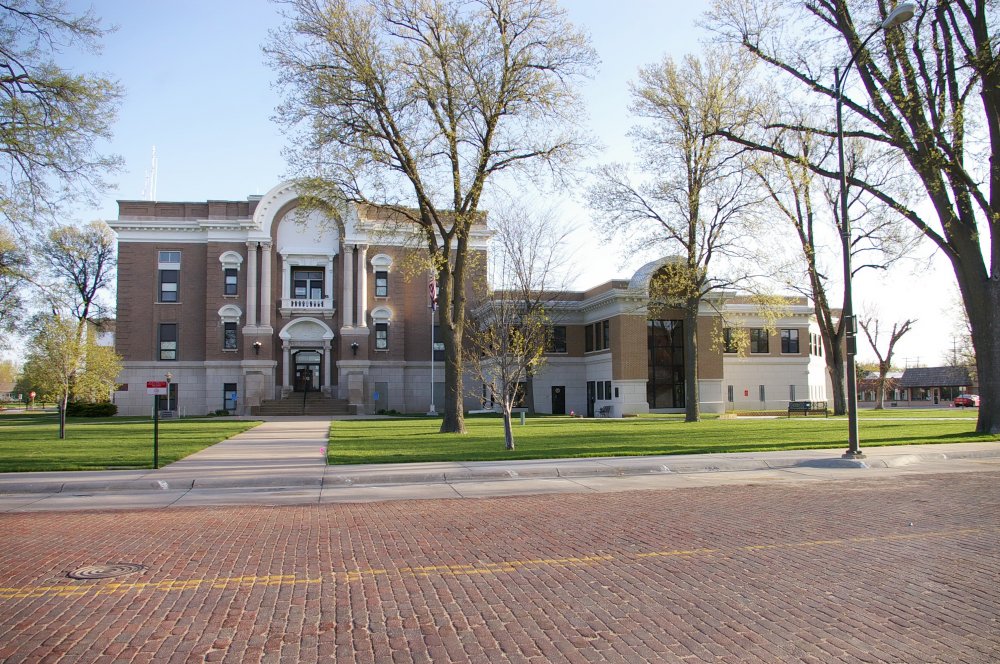 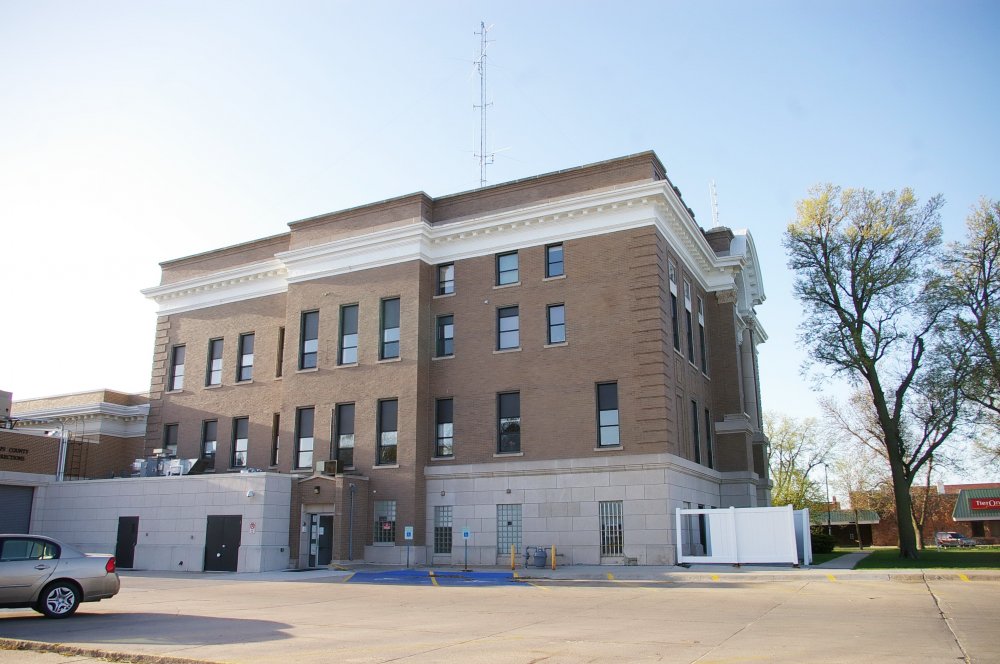 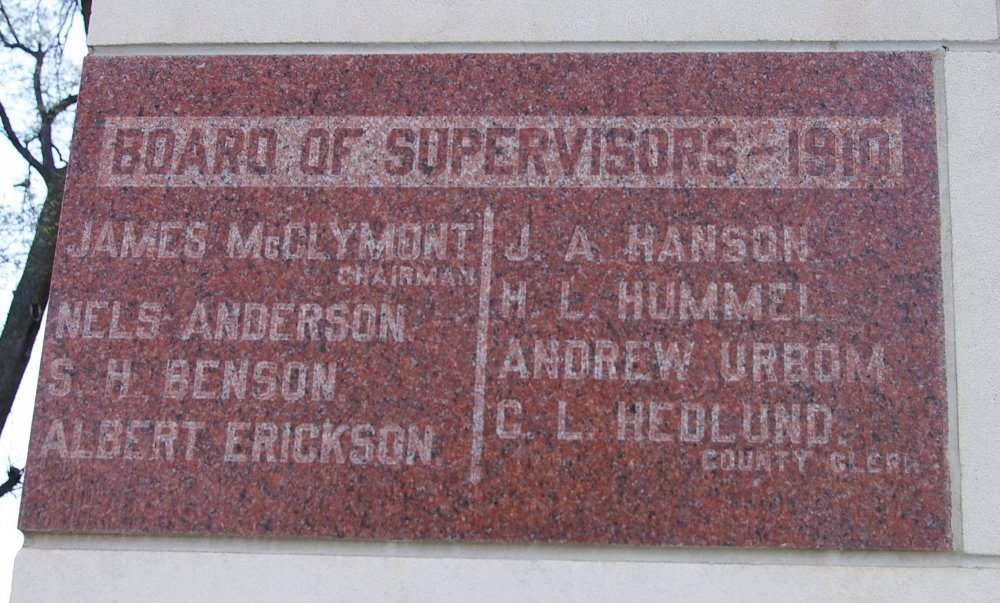 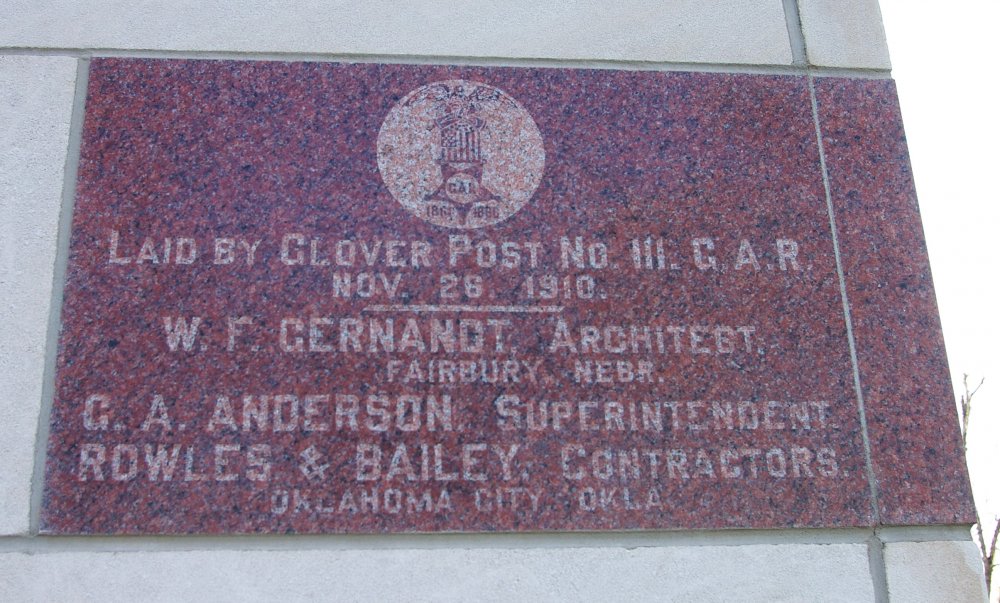