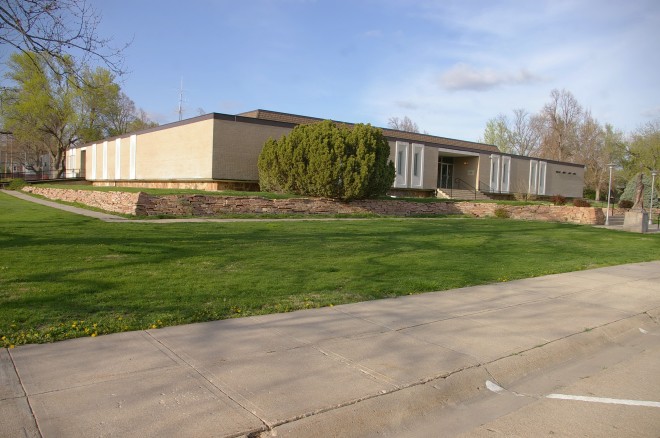 Description:  The building faces south and is a one story buff colored brick and concrete structure. The building is located on landscaped grounds in the center of Alma. The building is square with windows that are vertical and framed in white colored trim. The south entrance is recessed with glass doors. The building has a flagstone faced base. The roof line is flat. The district courtroom has beautiful walnut paneling used on the walls and is carpeted. The building houses the District Court and County Court of the 10th Judicial District. 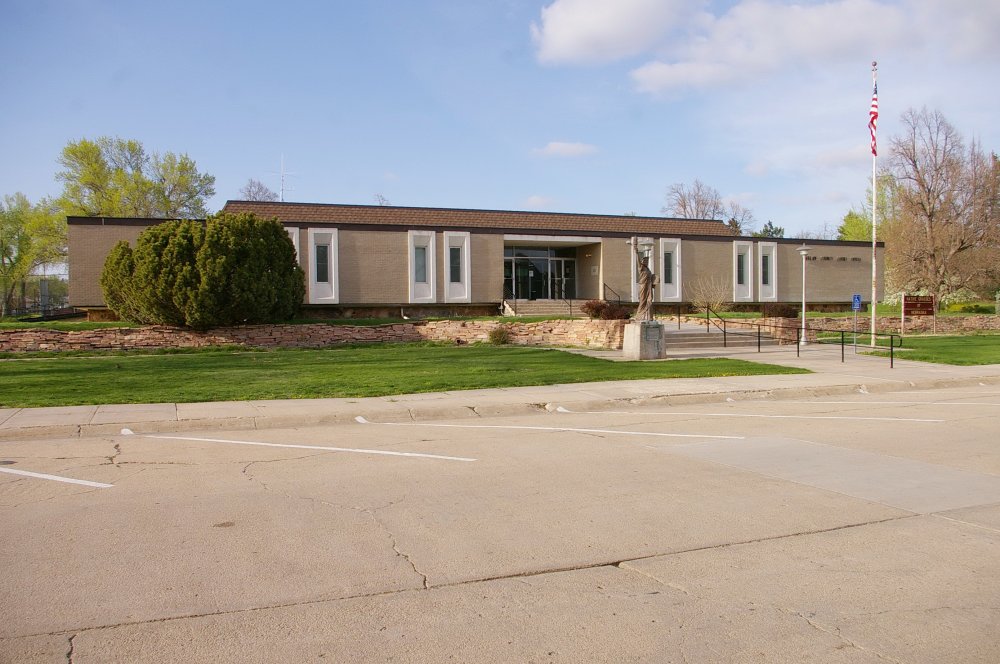 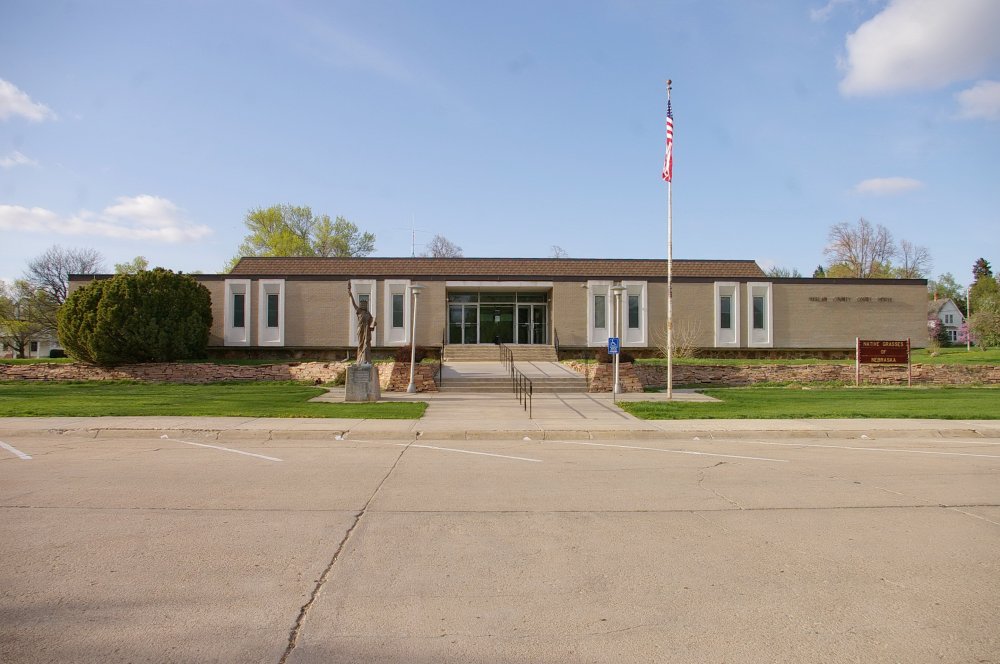 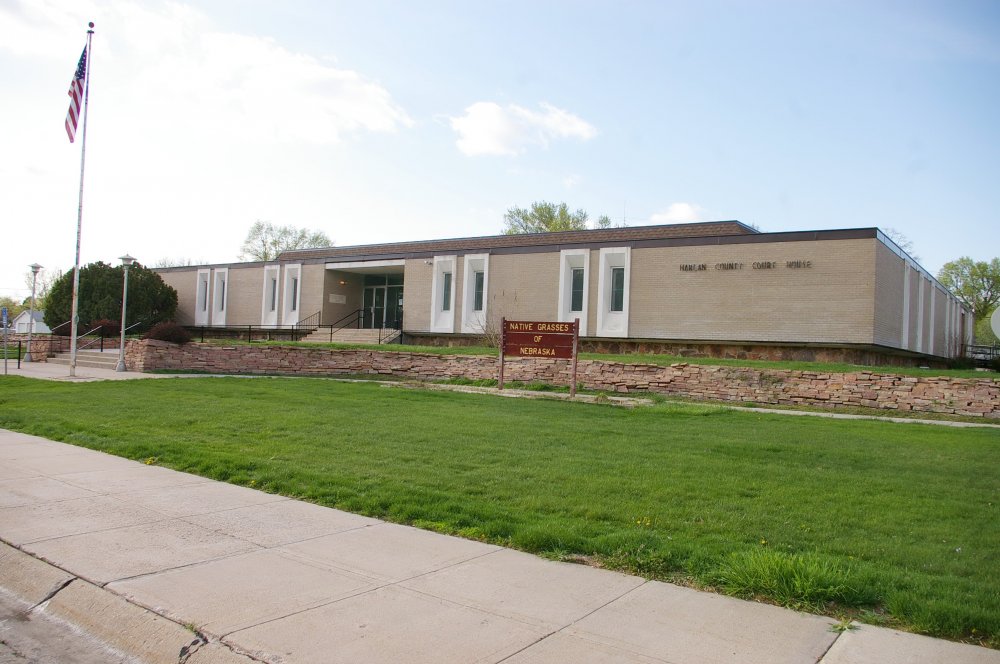 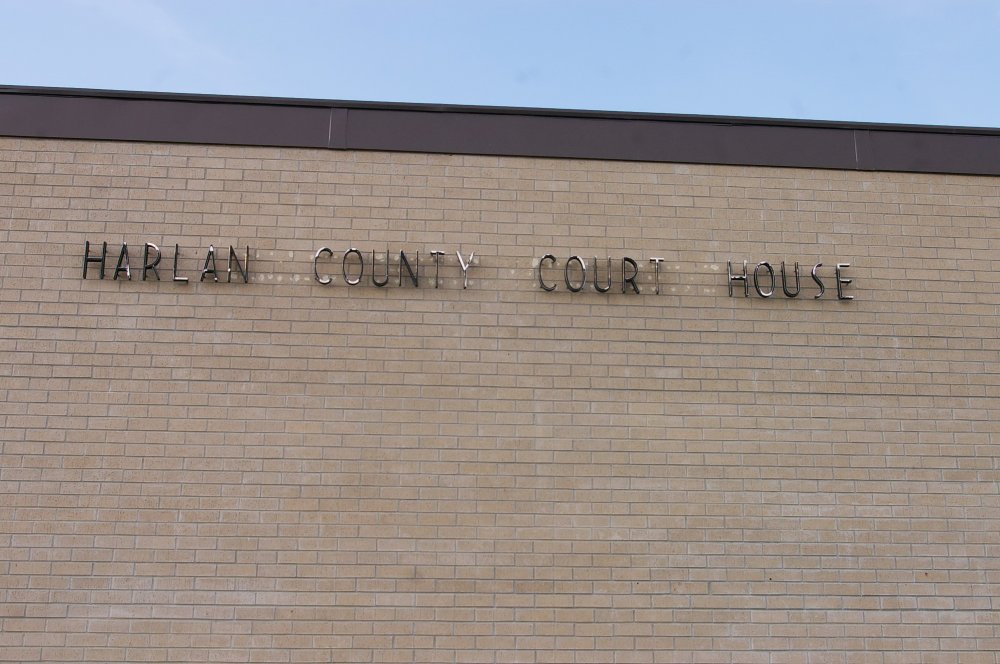 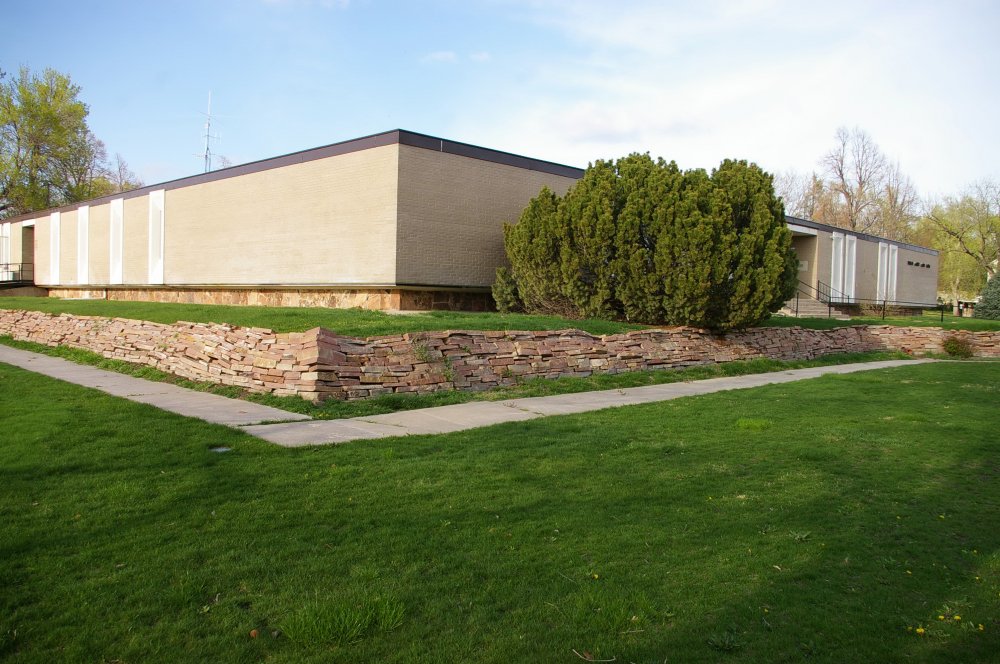 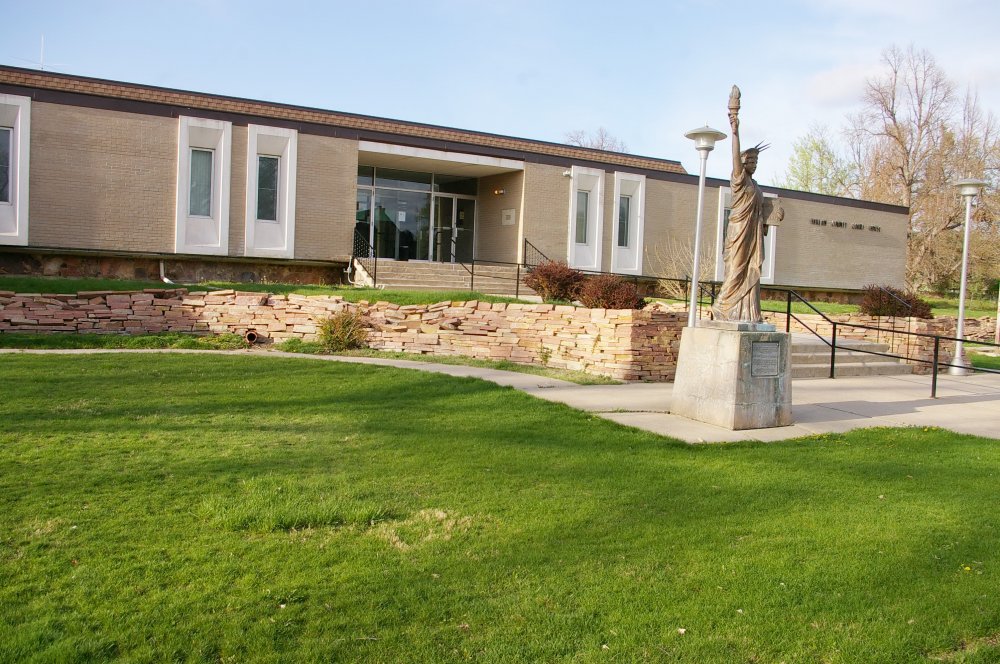 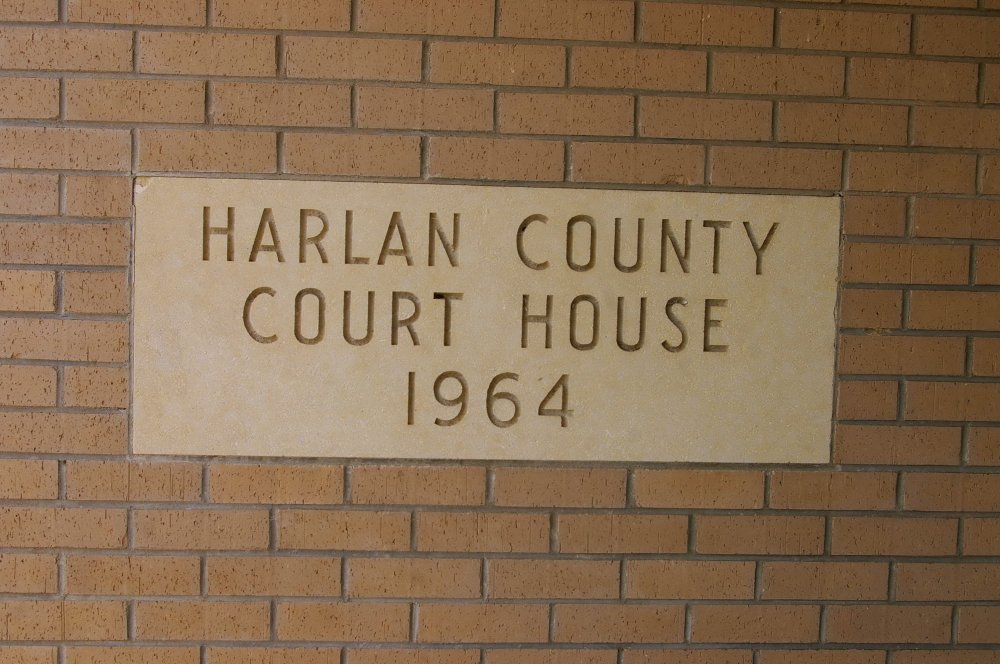 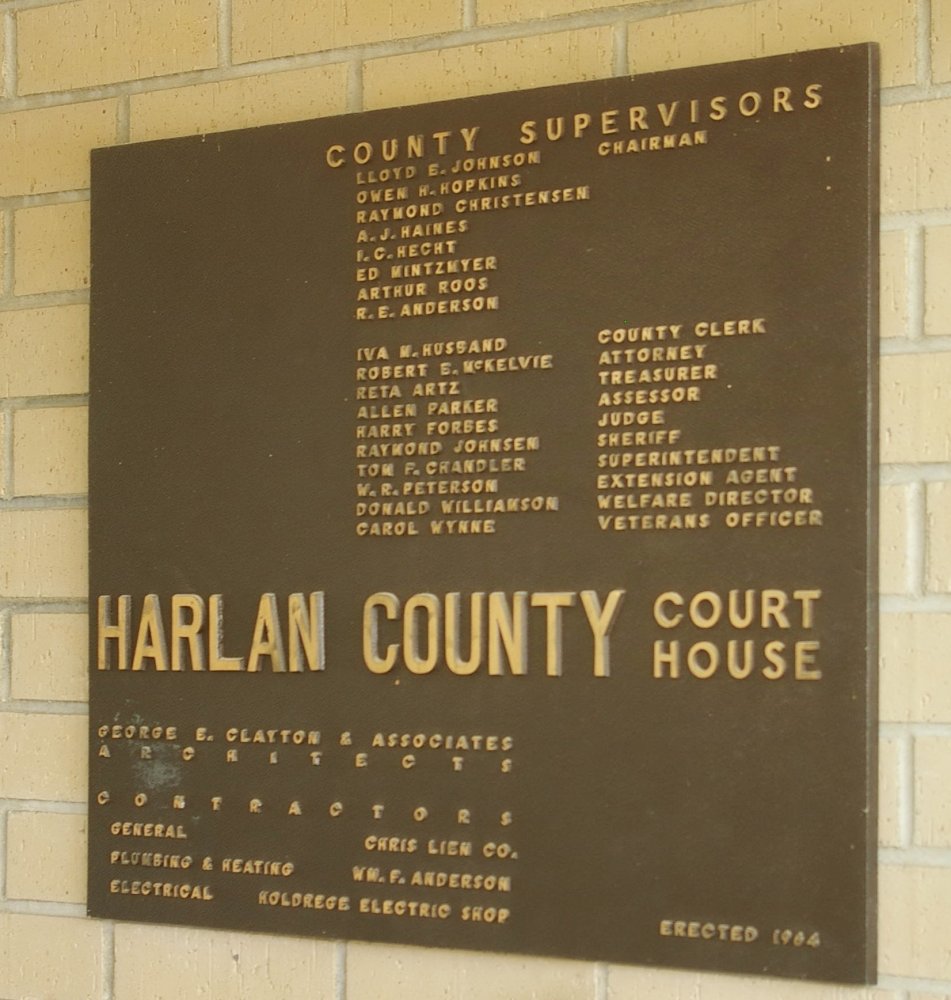