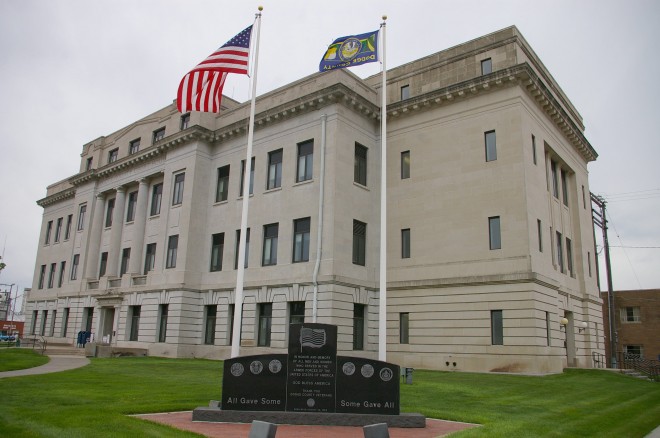 Dodge County is named for Augustus Caesar Dodge, who was a United States Senator.

Description:  The building faces east and is a four story stone and concrete structure. The building is located on landscaped grounds in the center of Fremont. The building is faced with blue Bedford stone. The parapet has a decorative moulding that is slightly pedimented at the center. The center section projects from the building and has four immense simple smooth round engaged columns extend for the first and second stories. The cornice above the third story projects from the building. The deeply rusticated basement contrasts notably with the smooth stone above. Entry to the first story is through a small vestibule on the east facade but directly onto a long corridor on the north and south facades. Original features include grey marble wainscoting and stairs, ceramic tile flooring in tan, black, and white, and elaborate plaster mouldings in four patterns. The 35 foot by 50 foot former District Court courtroom occupies the southwest corner of the third story at the end of the hallway. The courtroom has been converted to a meeting room for the Board of Supervisors and has therefore been considerably changed with new ceilings, lighting, and wall coverings. On the east side is the modern Judicial Center. 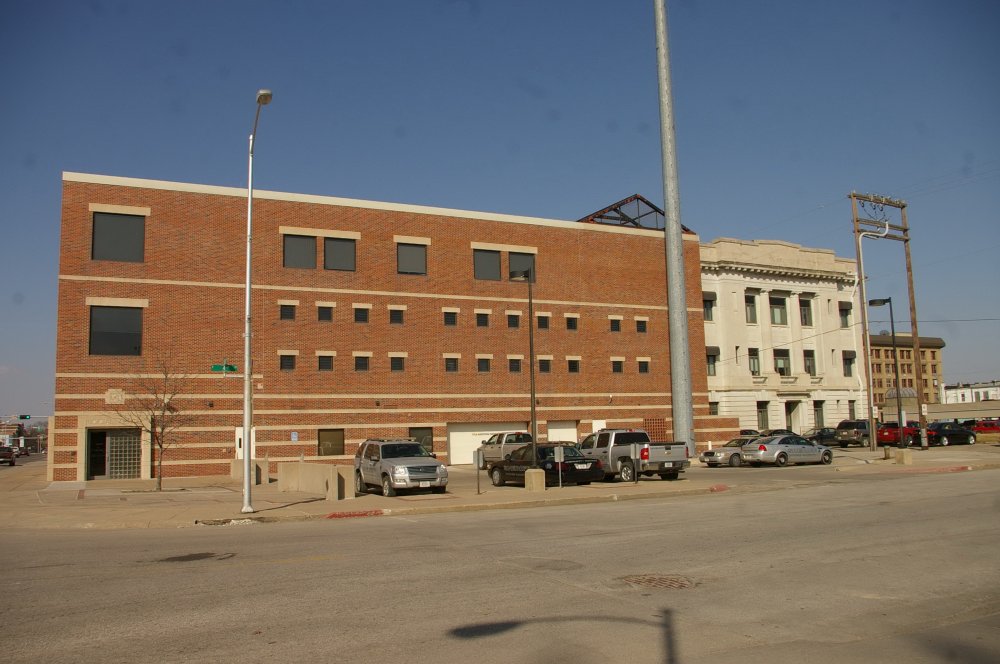 Description:  The building faces east and  is a four story red colored brick stone and concrete structure. The building is located on landscaped grounds in the center of Fremont on the west side of the courthouse. This large four-story addition is connected to the courthouse by a second story enclosed walkway and is thus offset from the building. It occupies over a half block at the west or back of the courthouse, is faced with red colored brick, and has stone trim with of classical inspiration. The courtrooms are located on the third story The building also contains the jail. The building houses the County District Court and County Court of the 6th Judicial District. 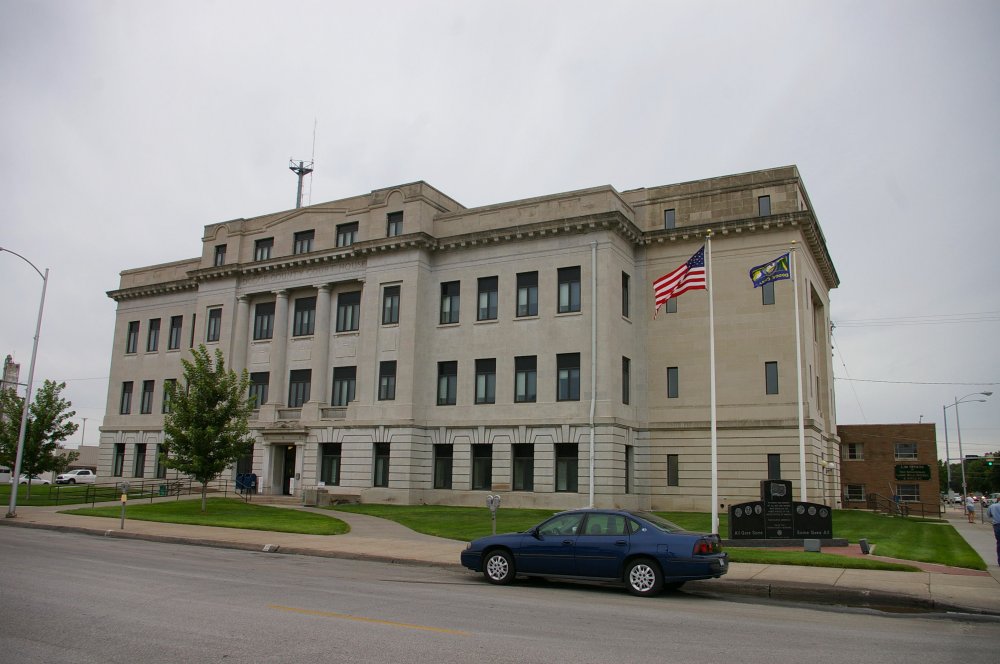 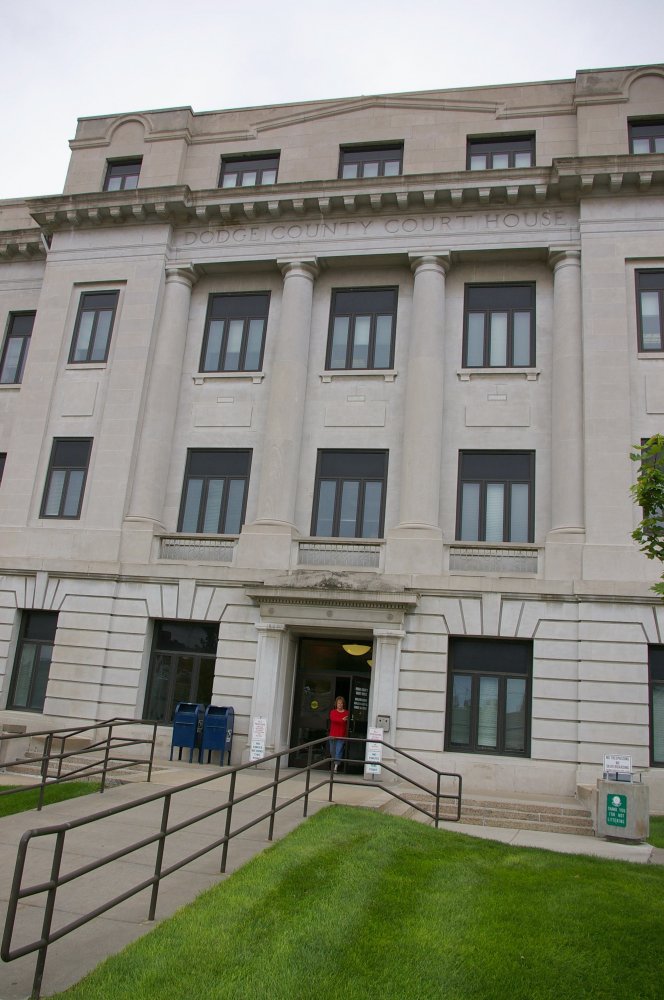 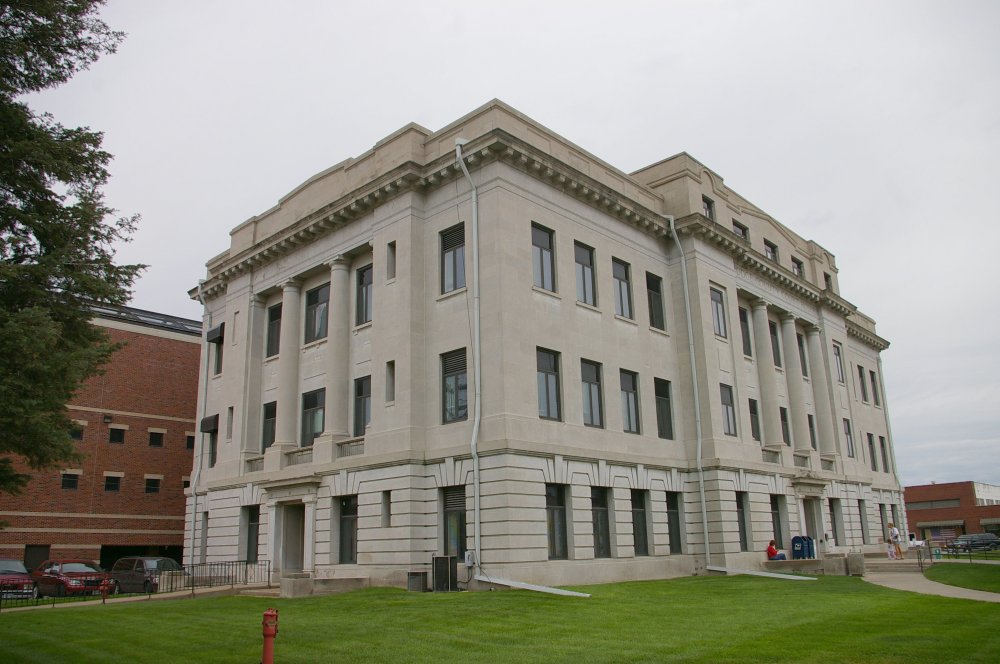 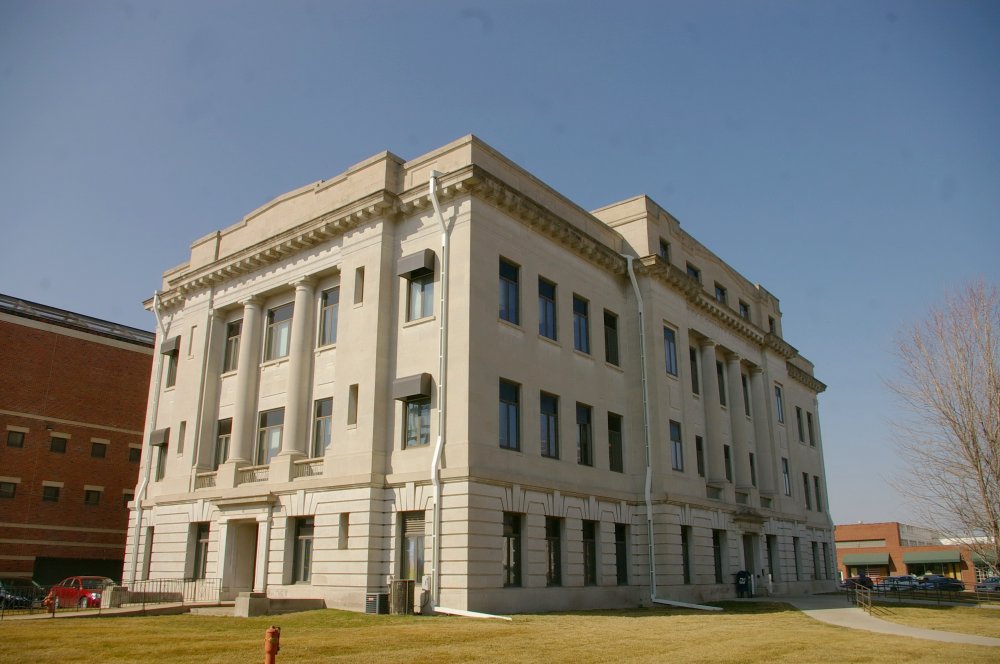 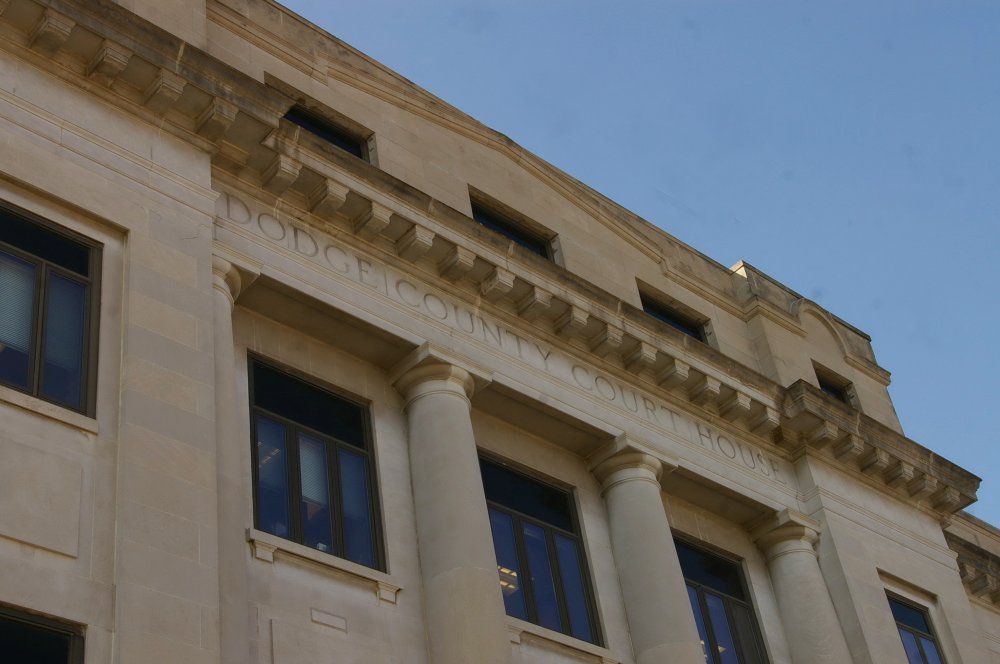 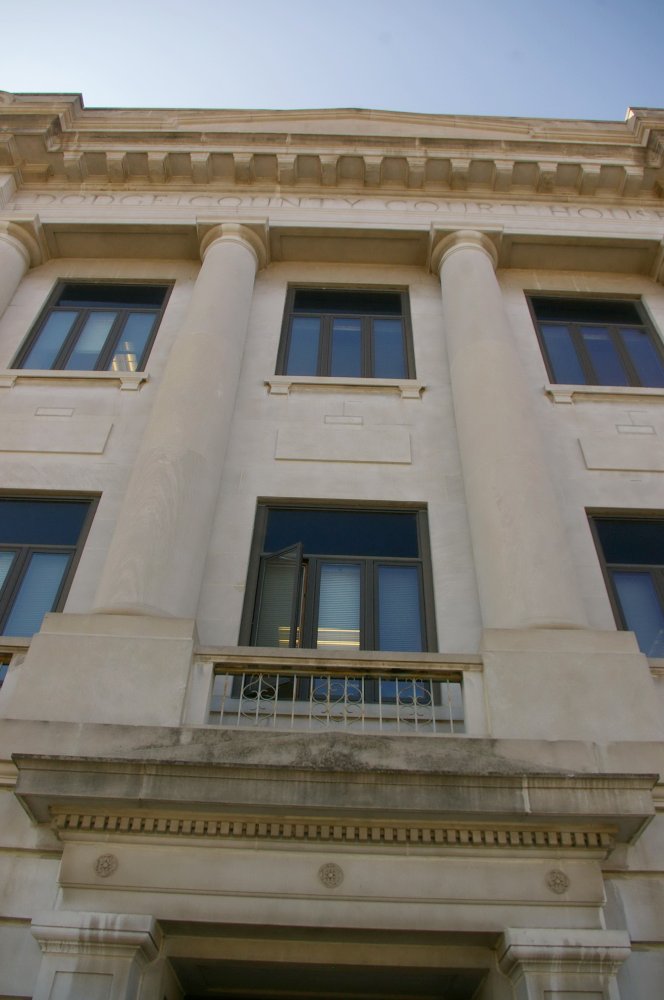 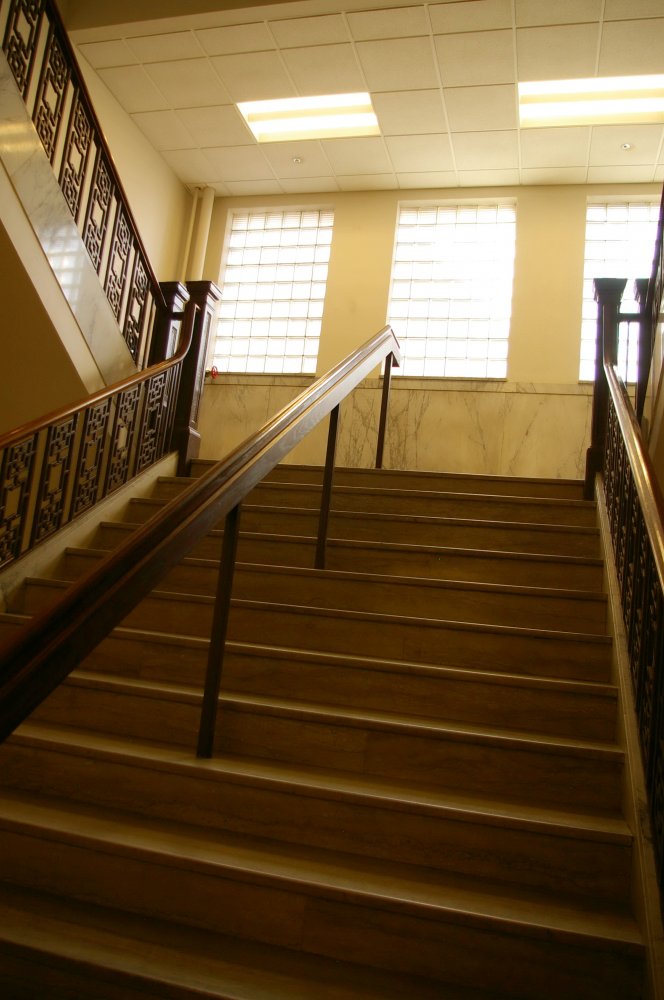 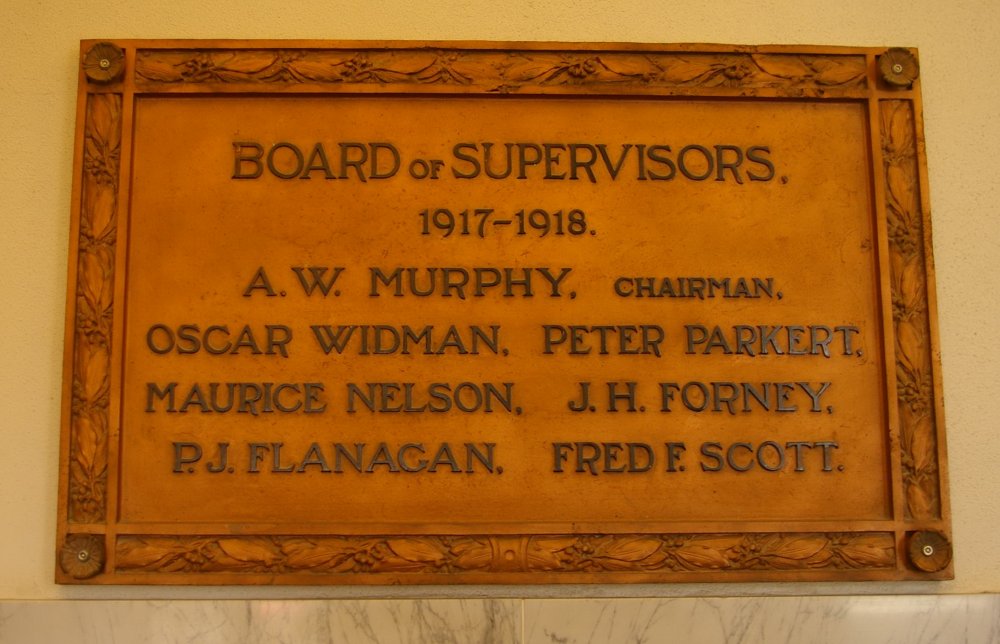 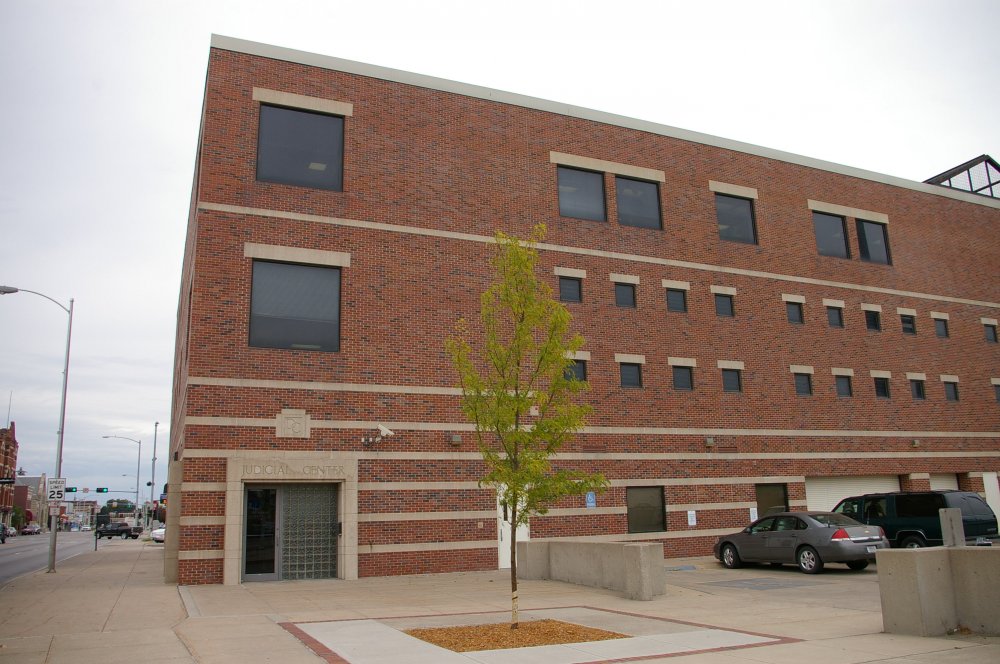 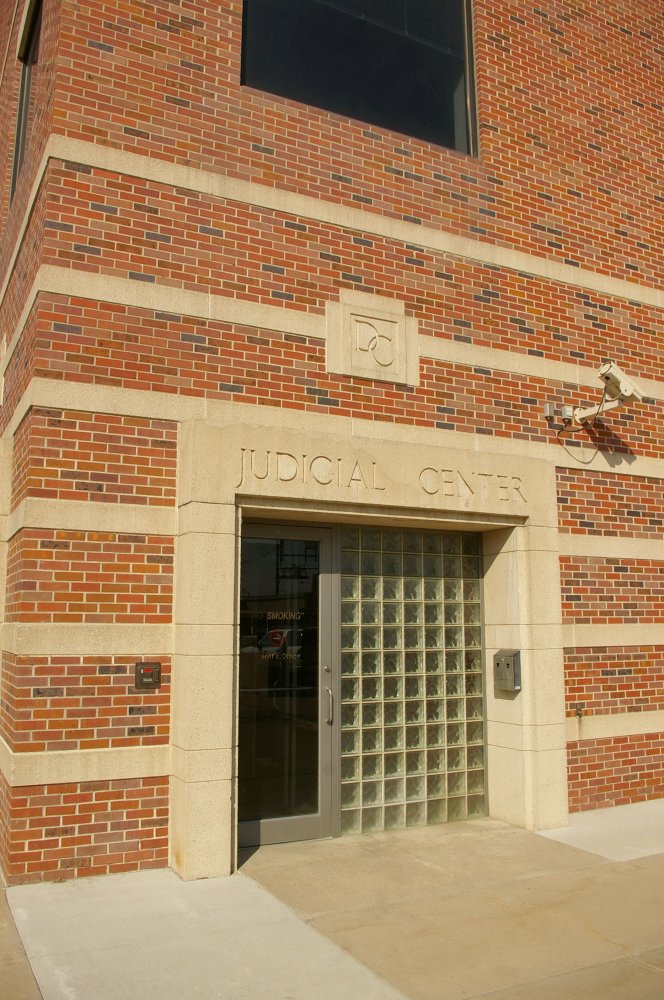 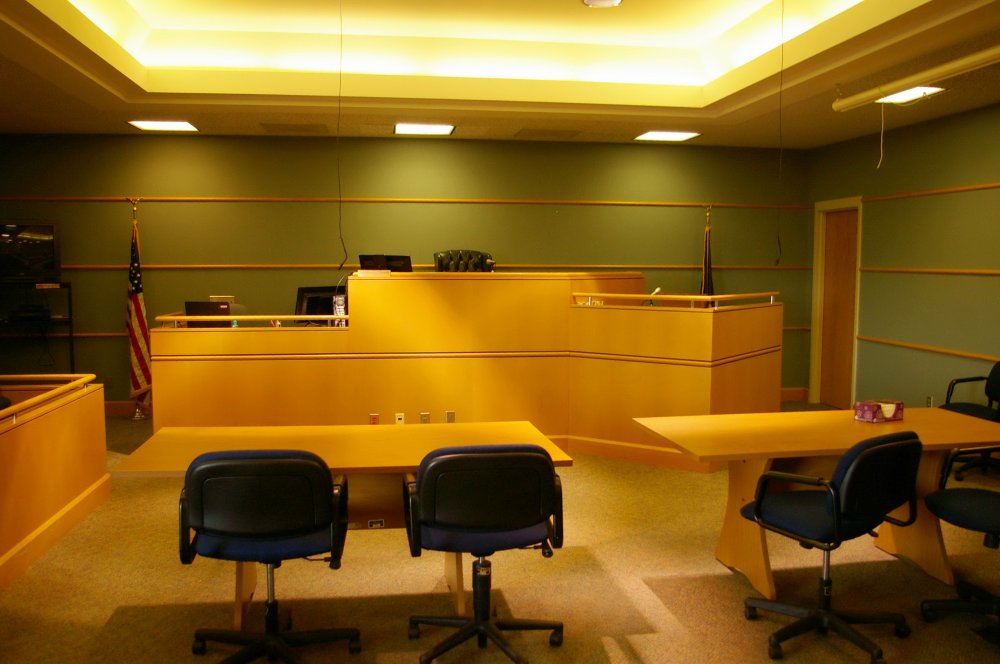