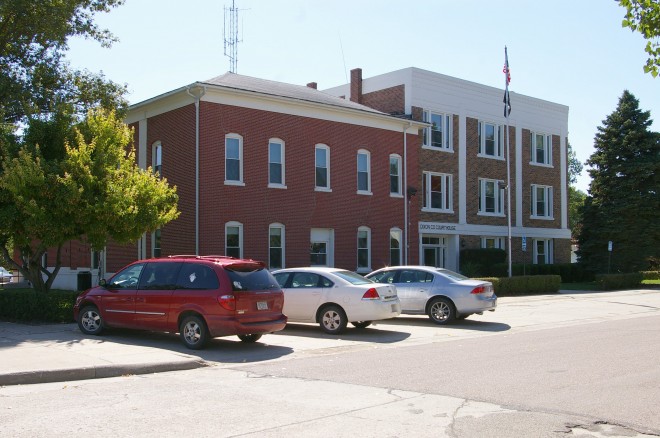 Dixon County is named for Dixon, who was an early pioneer in the area.

Description:  The building faces north and is a two story red colored brick structure. The building is located in the center of Ponca. The building is slightly rectangular shaped with a short southeast wing. The central entrance has white colored trim around the white colored wood door. The courtroom is located on the second story. The architect was unknown and the contractor was unknown. On the west side the new three story buff colored brick s built in 1939 and 1940. This building is slightly rectangular shaped and joined to the old building on the east side and has the main entrance on the east side of the north front. White colored vertical dividers separate the windows and a wide white colored header runs along the flat roof line. The building houses the County District Court and County Court of the 6th Judicial District.

History:  The county was created in 1856 and Ponca was selected as the county seat. The first courthouse was a building erected by Frank Ricker & Bros., and occupied by D T Bramble, as a grocery. In the fall of 1857 this building was used for a courthouse. The second and present courthouse was built in 1883 to 1884. An addition was constructed in 1939 to 1940. 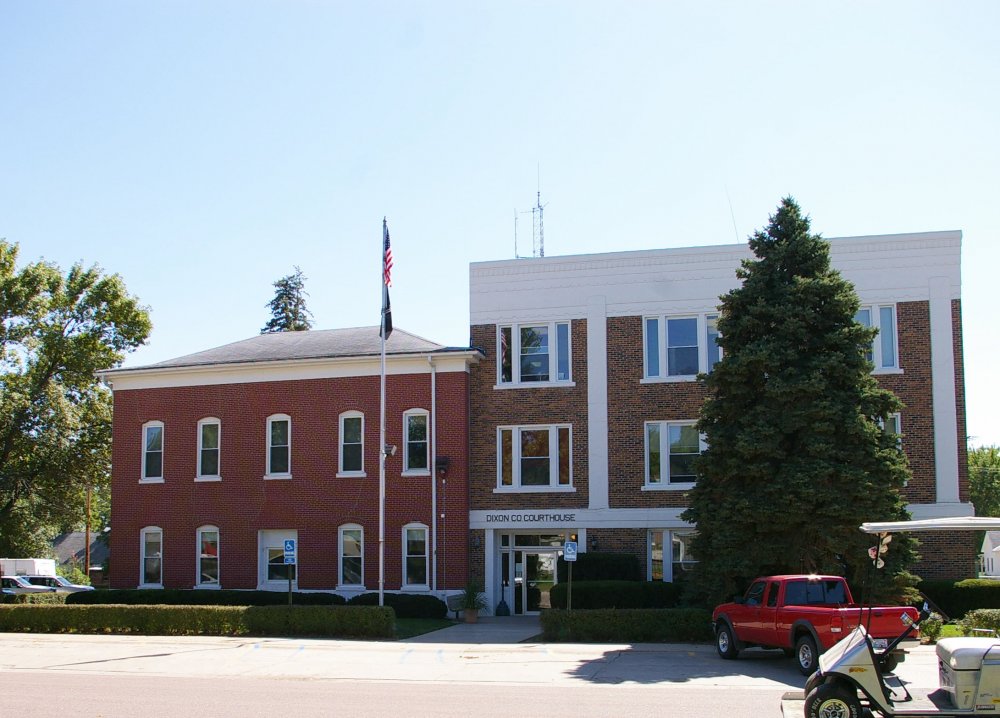 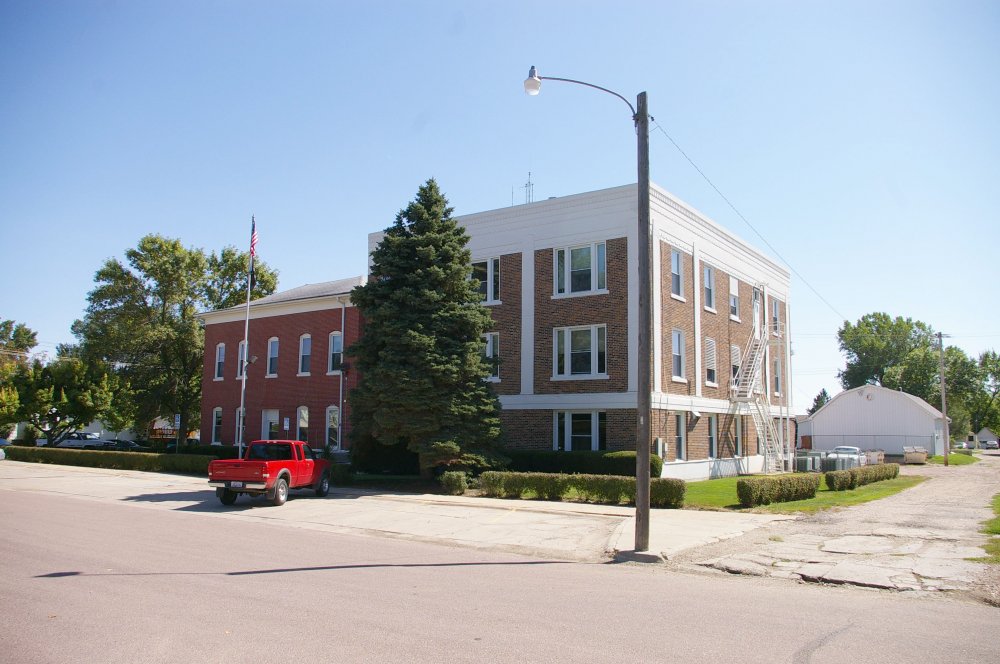 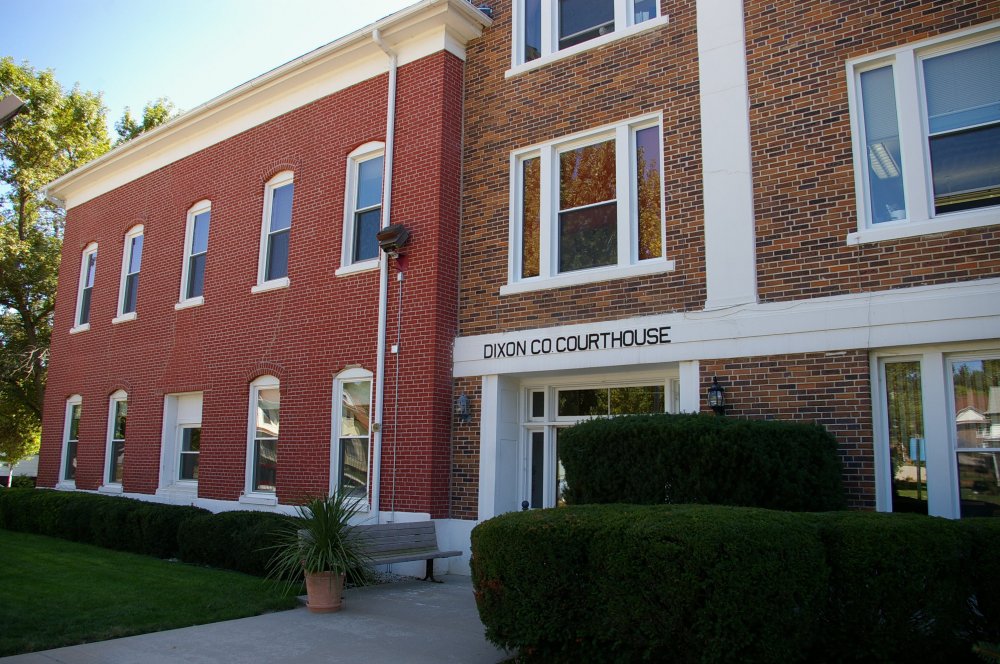 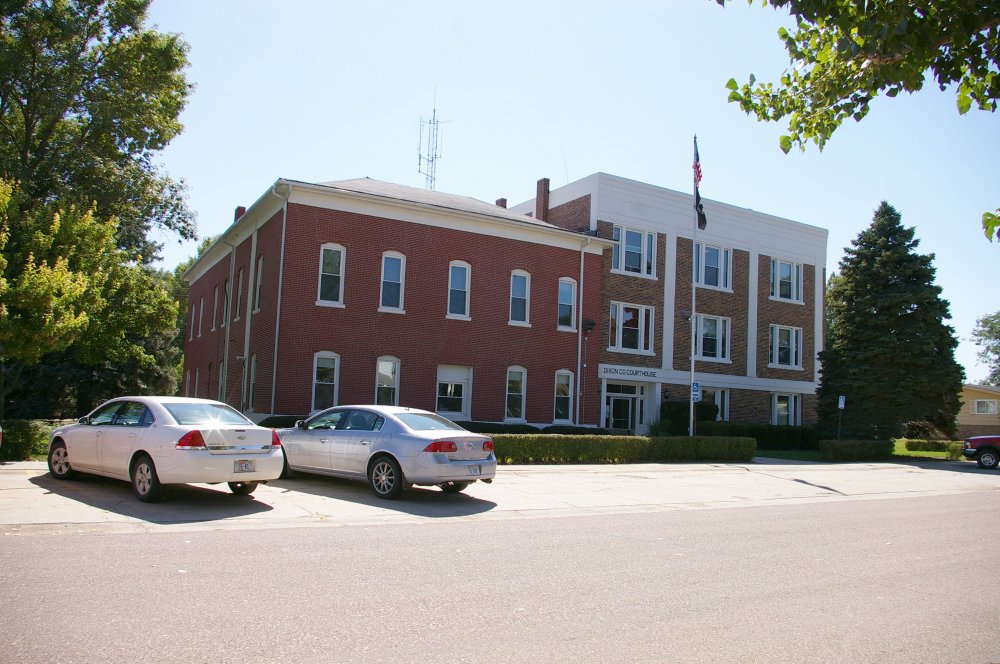 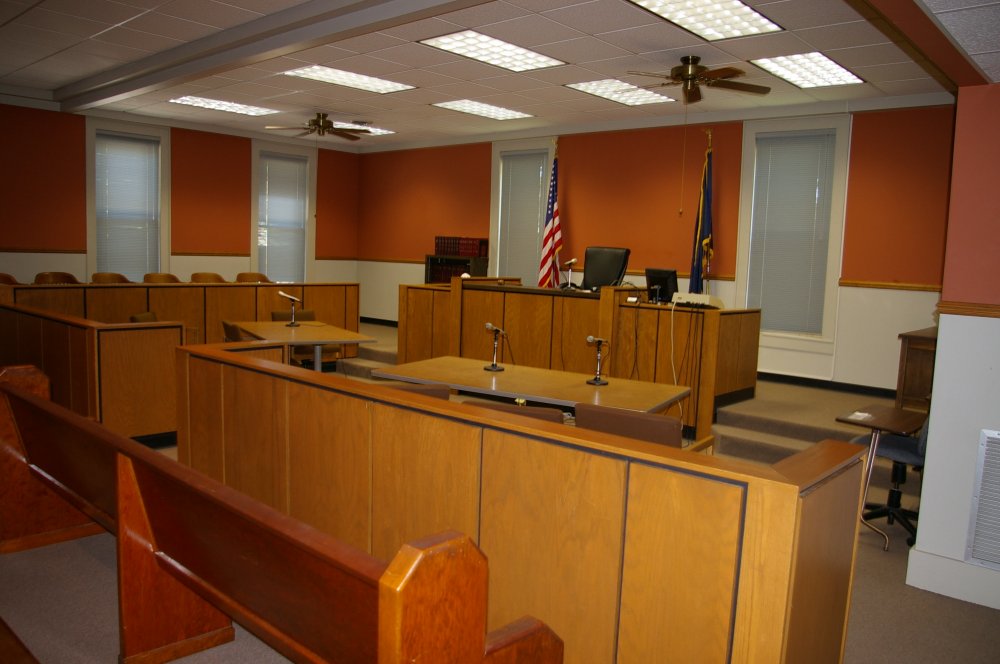