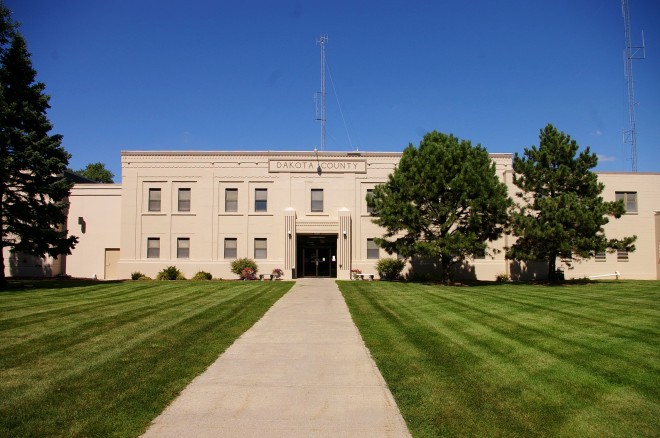 Dakota County is named for the Dakota Native American tribe and the word means “allies” or “brother”.

Description:  The building faces south and is a two story cream colored stucco and concrete structure. The building is located on spacious grounds in the center of Dakota City. The building is “L” shaped with an east wing extending south. The central entrance at the north wing has a vertical square pillar on each side with a header. The roof line is flat. The building was constructed under the Work Projects Administration Program. The building houses the County District Court and County Court of the 6th Judicial District.  An addition was built on the east side in 1975. The contractor was Paul Bielenberg and the engineer was Eldon Schroder. 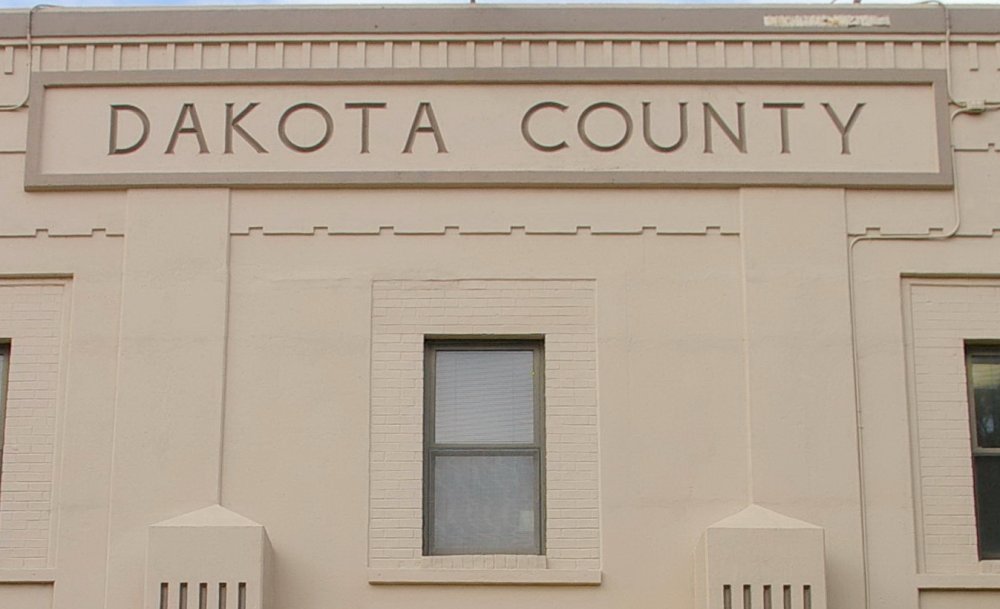 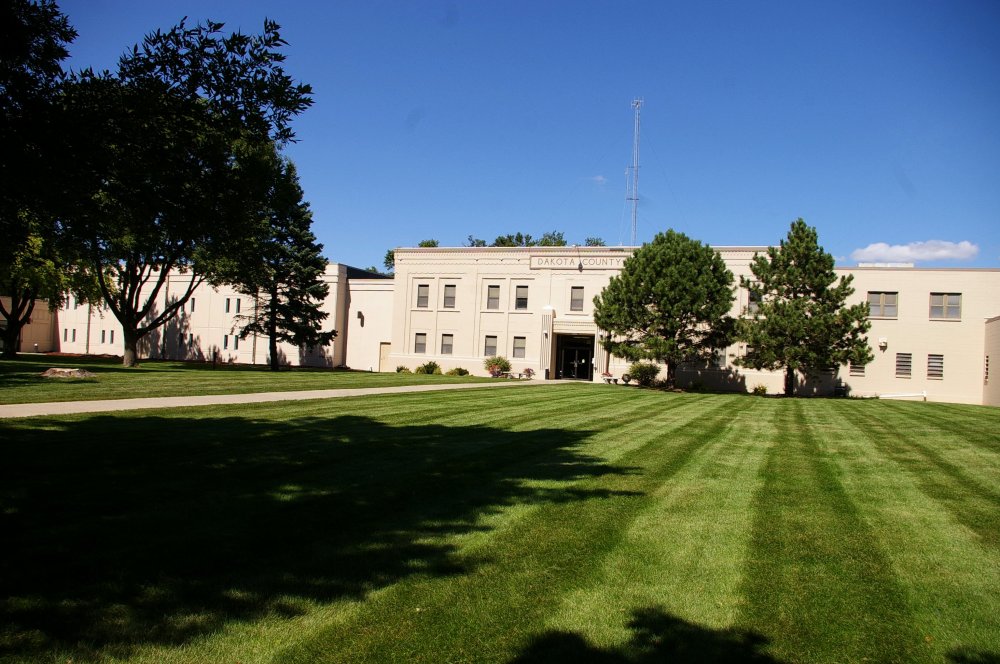 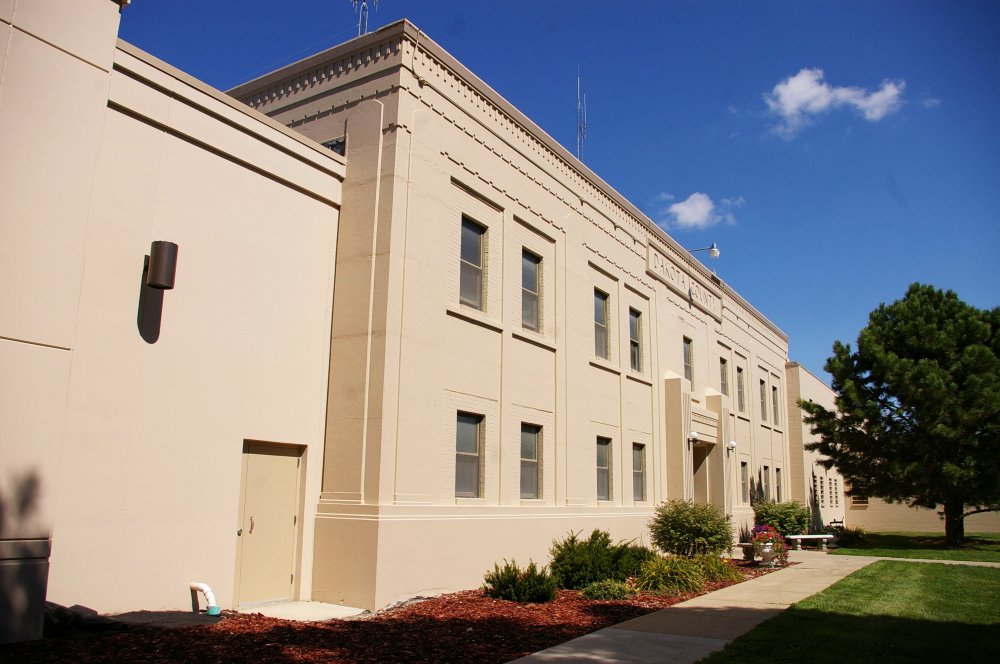 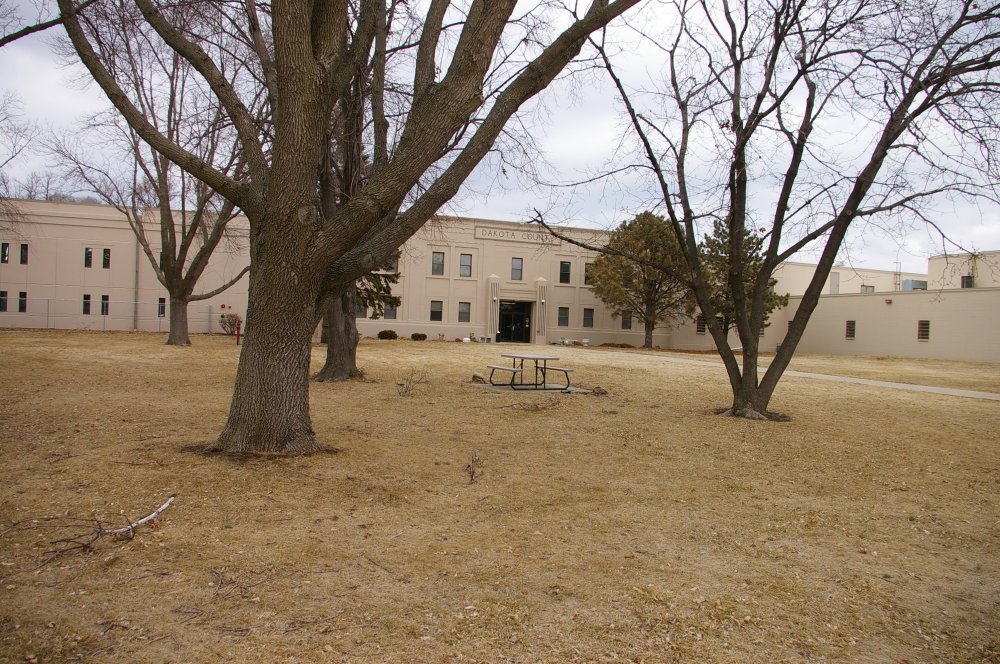 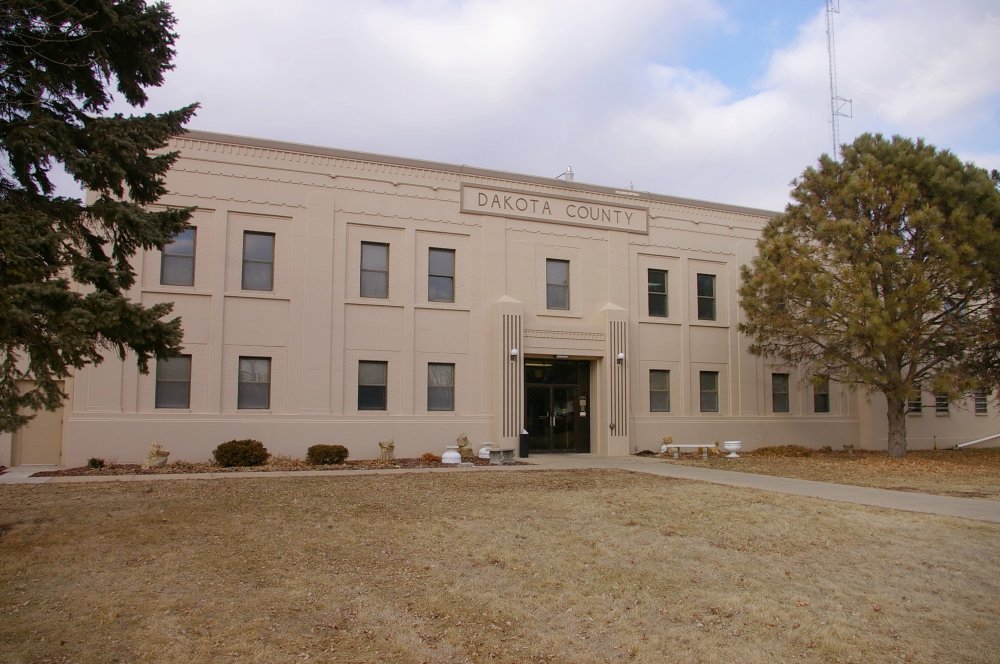 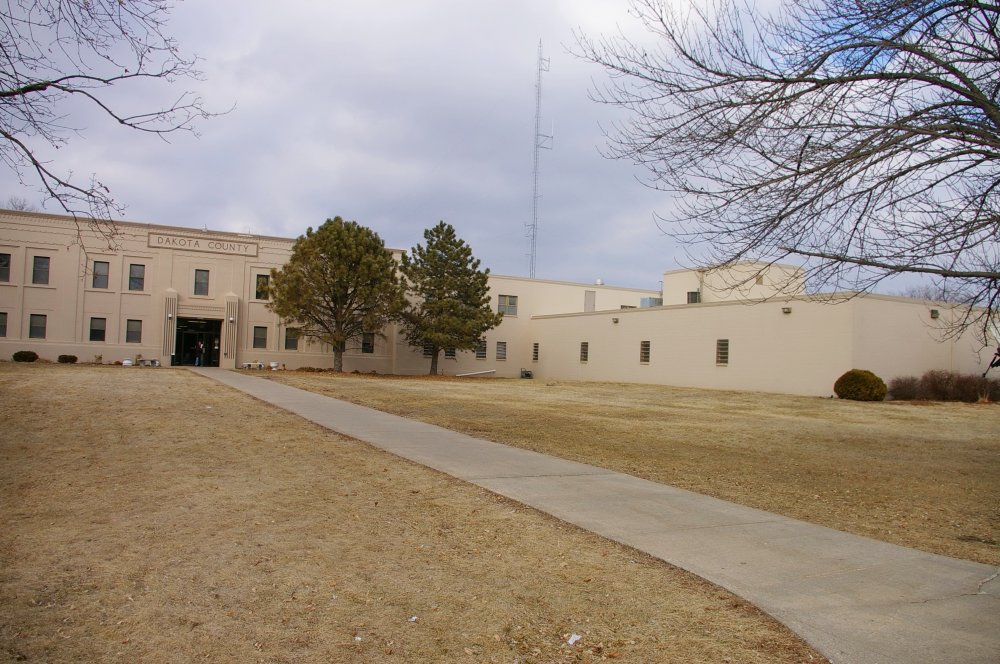 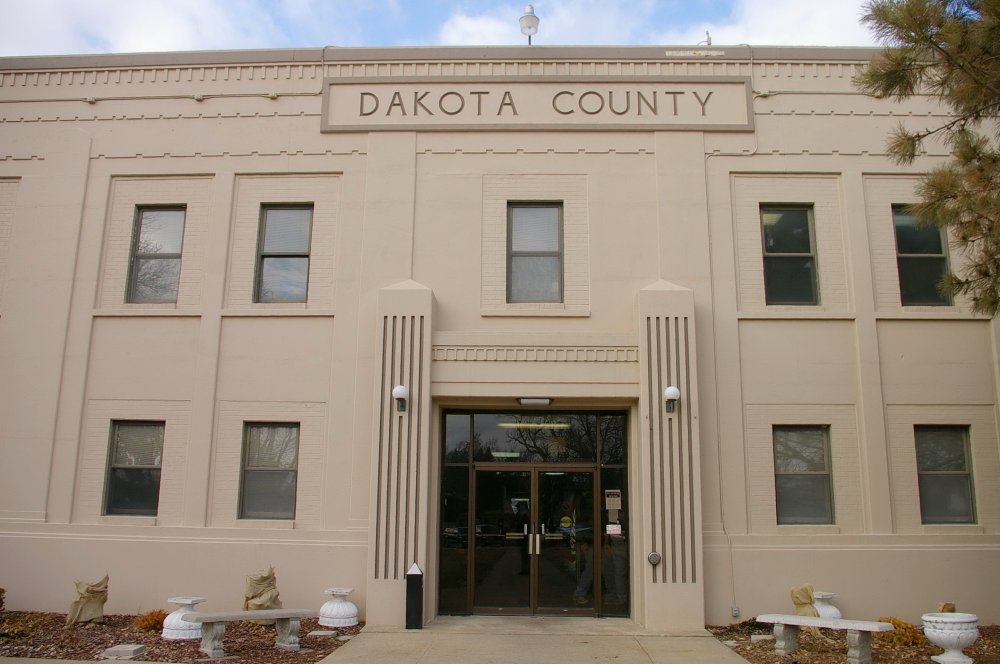 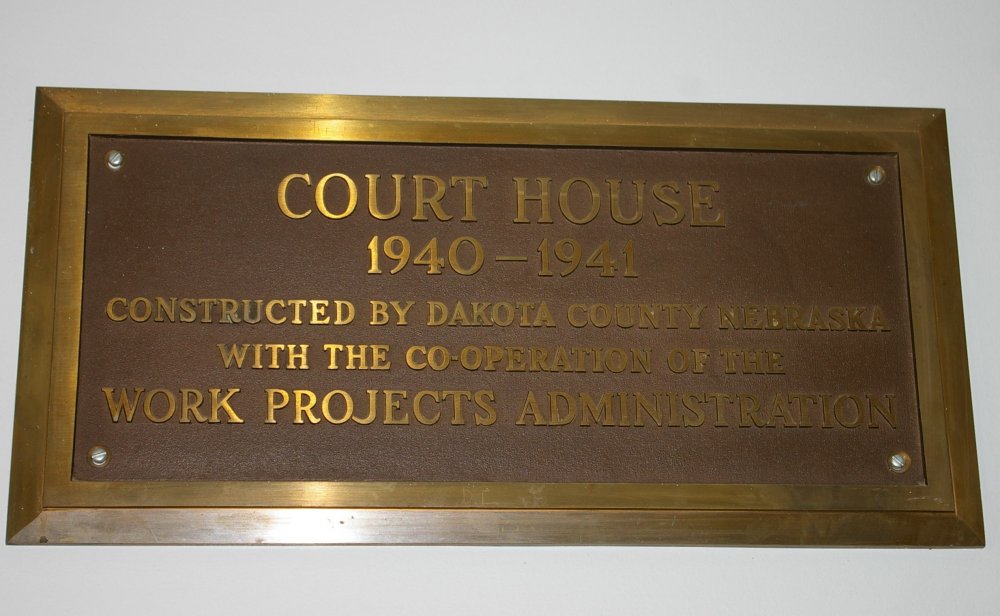 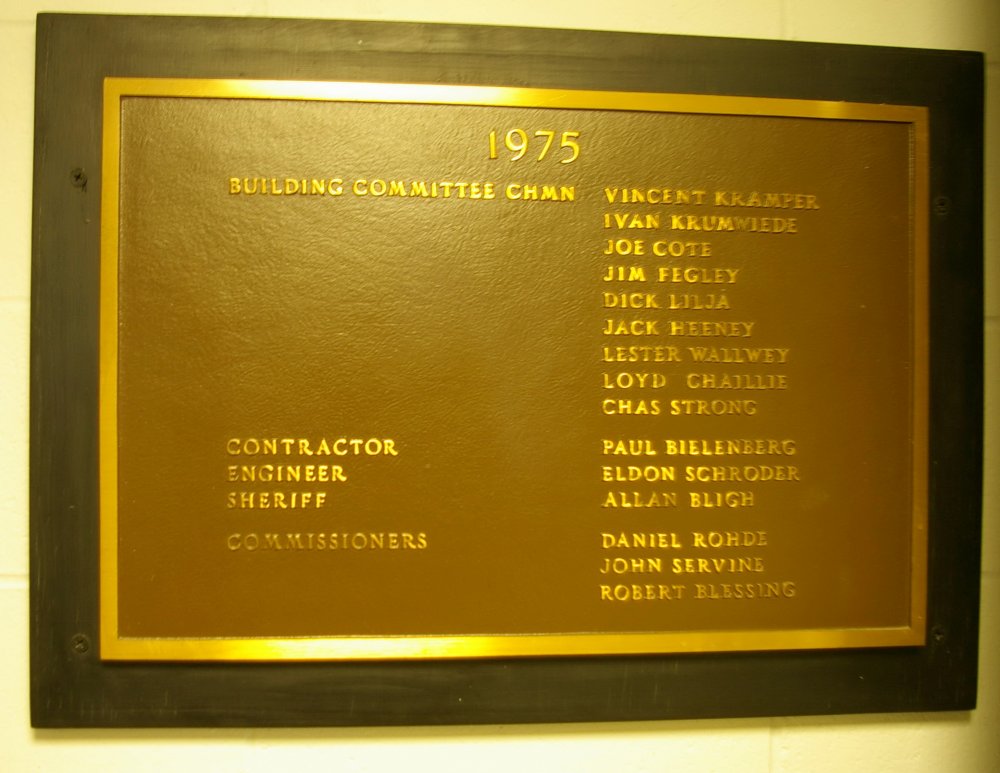 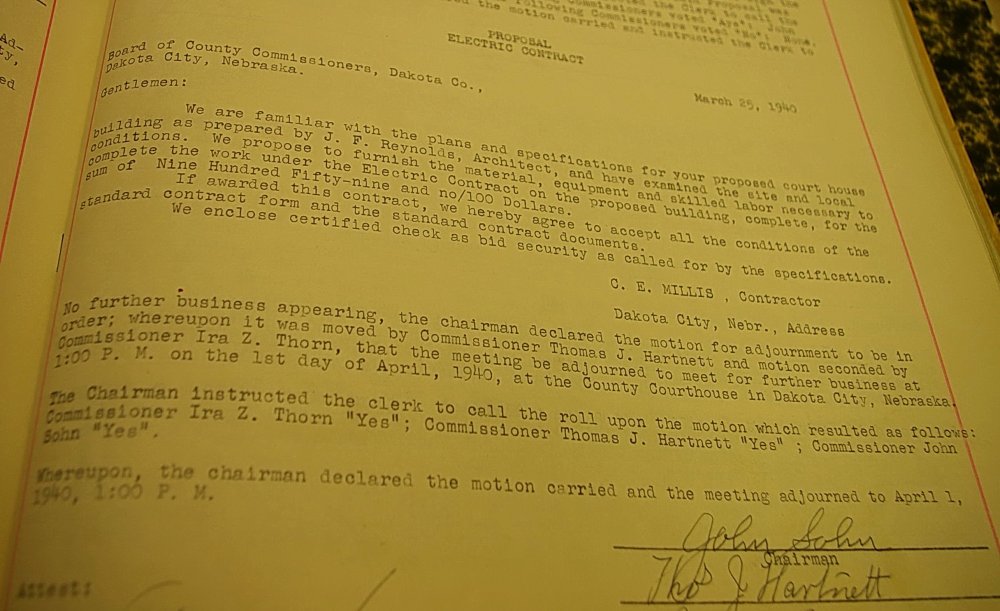