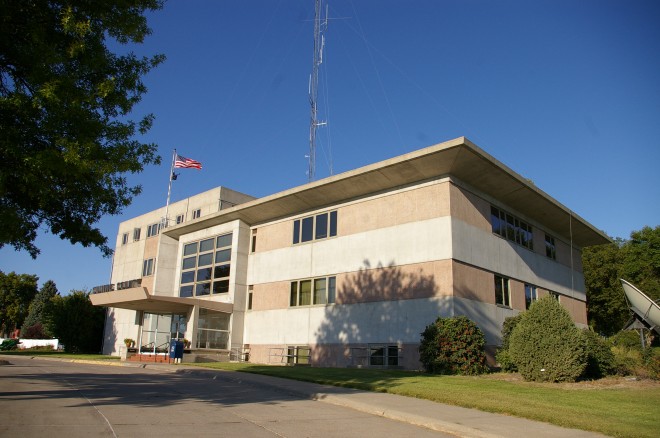 Cuming County is named for Thomas B Cuming, who was an early governor of the Nebraska Territory.

Architect:  B H Backlund and Associates Inc. of Omaha

Description:  The building faces west and is a two story concrete, buff colored brick and glass structure. The building is located on landscaped grounds in the center of West Point. The building has a concrete overhang with glass walls at the entrance. Above the entrance is a panel of windows. On the south side, the roof overhangs the building and there are two horizontal bands of white colored concrete between the windows. On the north side, the north section rises to three stories. The interior has vinyl and ceramic floor coverings. The walls are corkboard finished with plaster. The large courtroom is located on the second story. The courtroom has a large mural. The building houses the County District Court and County Court of the 7th Judicial District.

See:  The architect, B H Backlund and Associates Inc. of Omaha, designed courthouses in Boyd County and Brown County.

History:  The county was created in 1855 and West Point ( Philadelphia ) was selected as the county seat in 1857 when the county was organized. The first office was a log cabin in 1858 and use of rental premises. The first courthouse was a two story brick structure started by R B Rochford and completed by Edmund Krause in 1874 after Rochford failed to complete the construction. The total cost was $40,000. The second courthouse was constructed in 1954 to 1955 at a cost of $400,000. 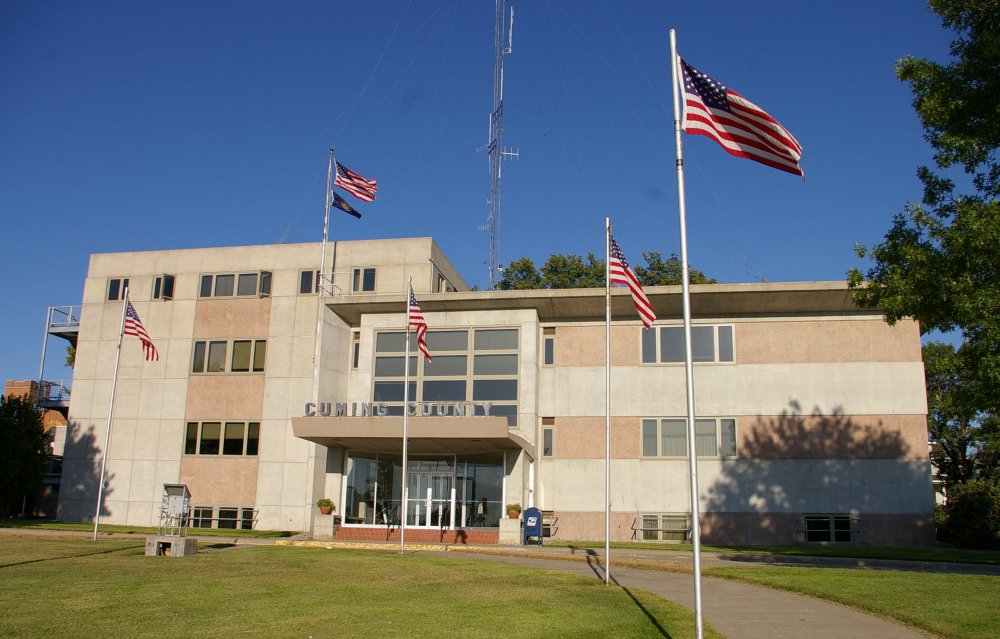 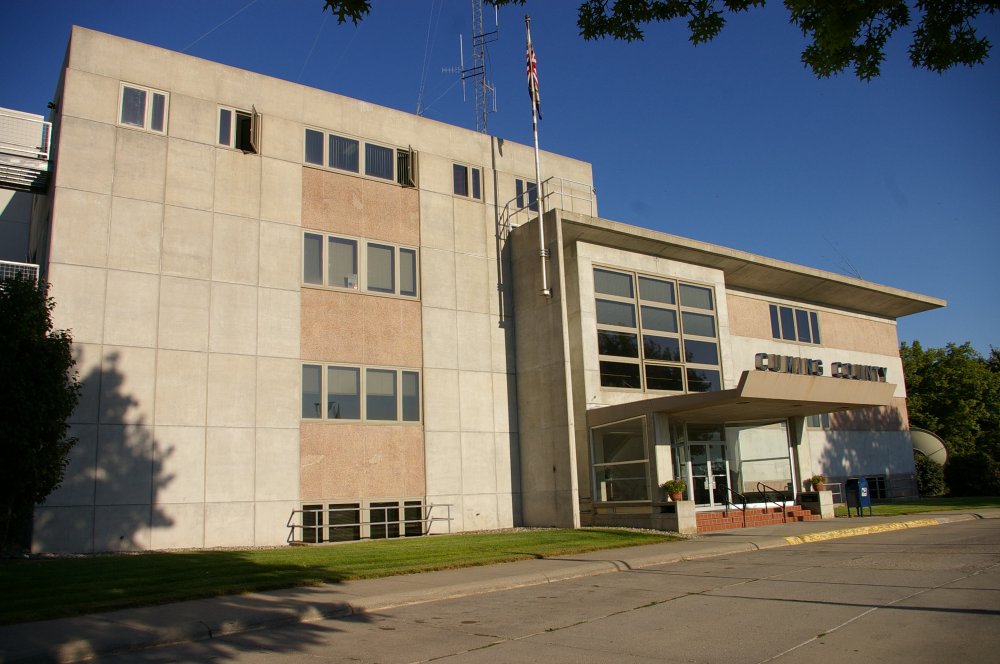 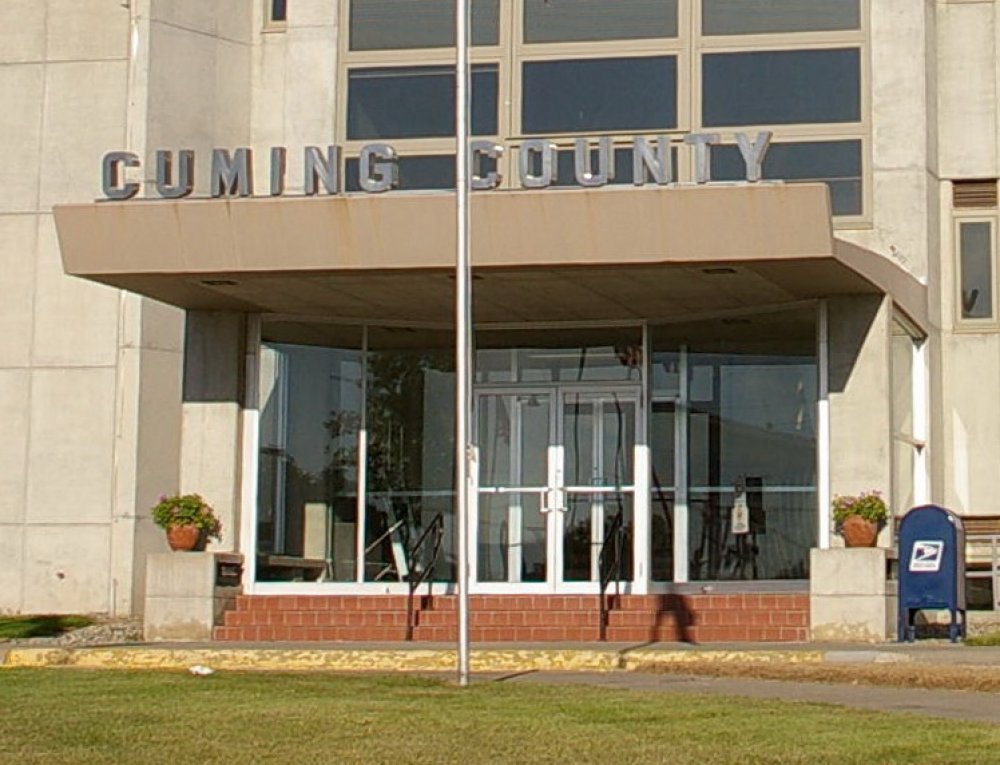 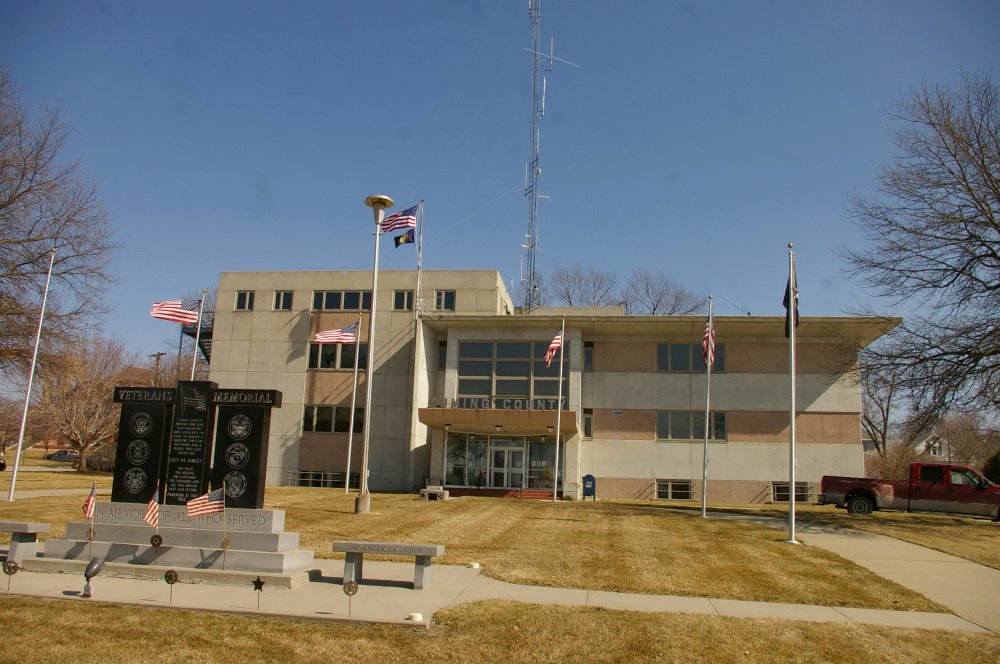 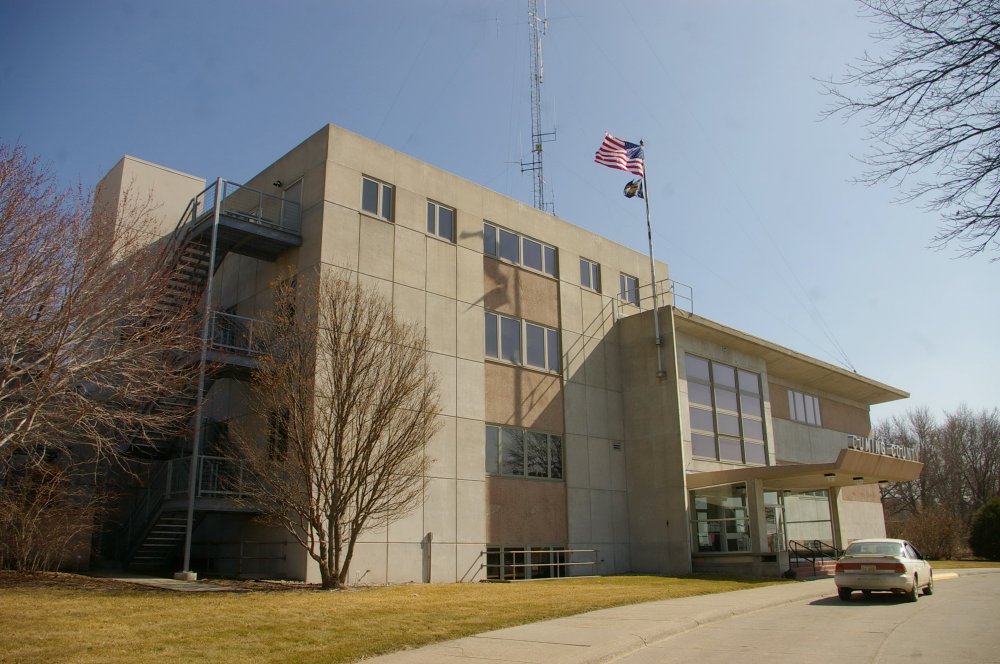 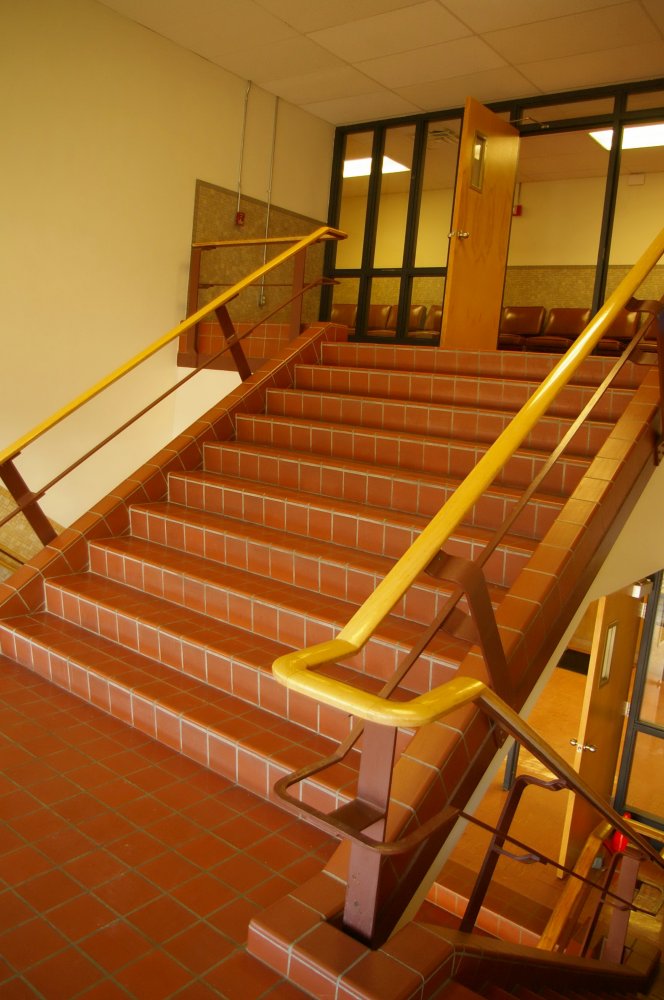 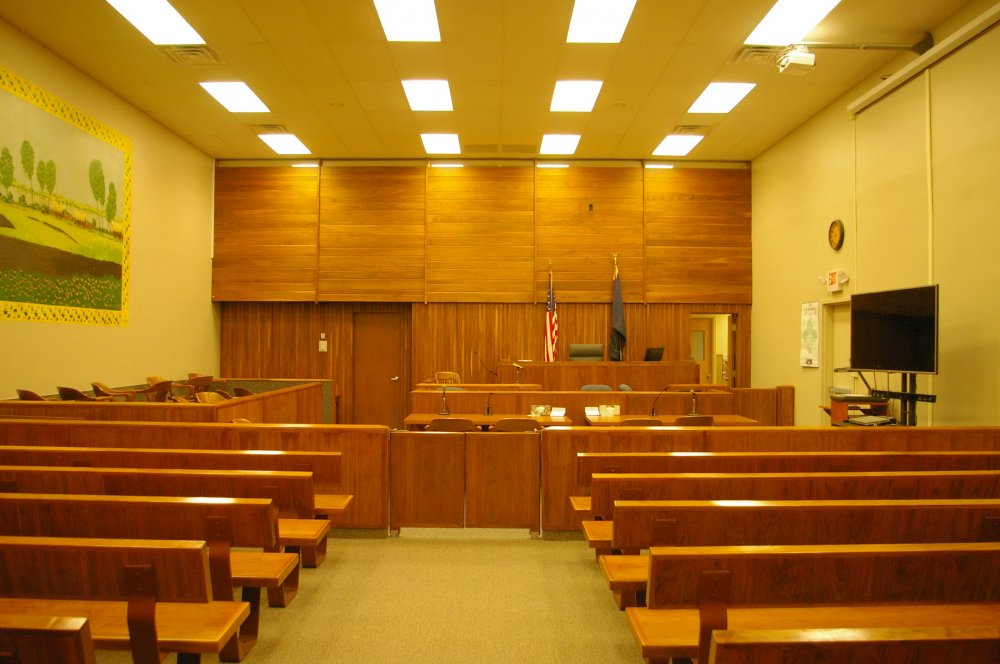 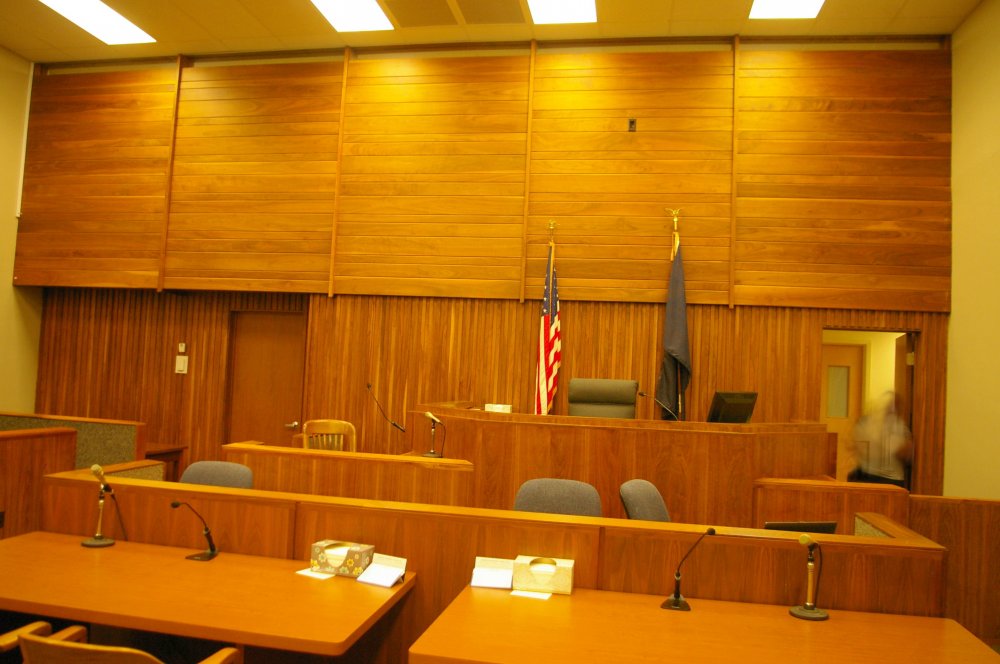 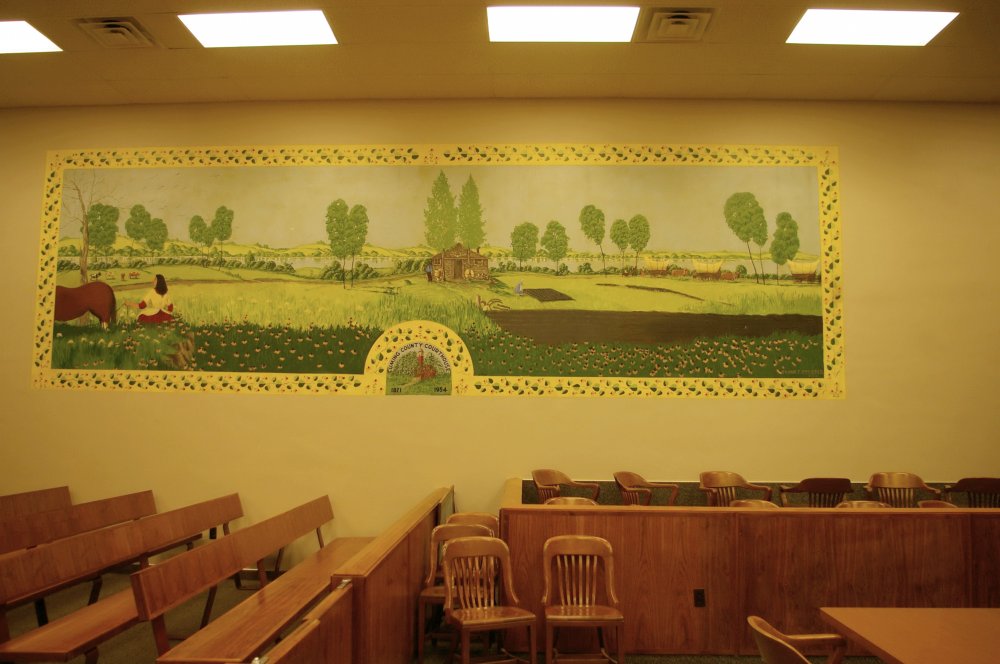