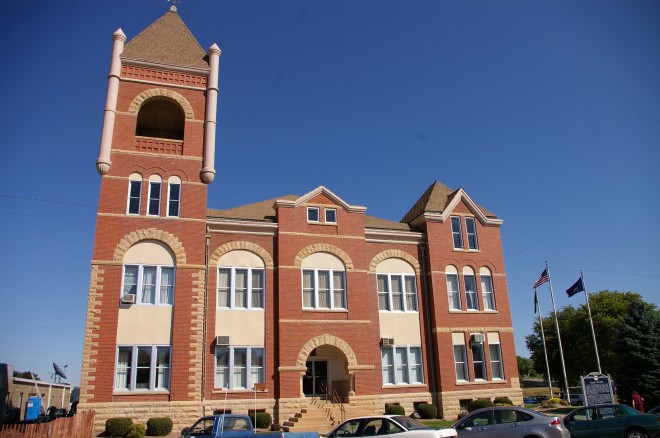 Cedar County is named for the many juniper trees in the area which were mistakenly called “cedar trees”.

Description:  The building faces west and is a two story red colored brick structure. The building is located on landscaped grounds in the center of Hartington. The basement is rusticated rock-faced golden colored stone as is the trim. Upper walls are faced with red colored brick, making an attractive color and textural contrast with the stone. An unusual textured brick is used in the spandrels over the two entries and also beneath the corner tower windows. Stone is used effectively to form continuous lintels and sills, quoins on the massive corner tower, and fine large round arches on the tower and also two deeply recessed entries. On the northwest corner rises a four story square brick tower with open arched window at the top. There is a small square tower on the southwest corner. The west central entrance has a stone trimmed arch. The second story district courtroom on the west side may have been reduced in size somewhat but retains considerable original woodwork as well as four notable colored glass windows located behind the judge’s bench, an unusual feature. A one story red colored brick addition was constructed on the north side in 2008 to 2010. The building houses the County District Court and County Court of the 6th Judicial District. The architect was Mannes Architects of Yankton, South Dakota and the contractor was RaDec Construction Company of Hartington. 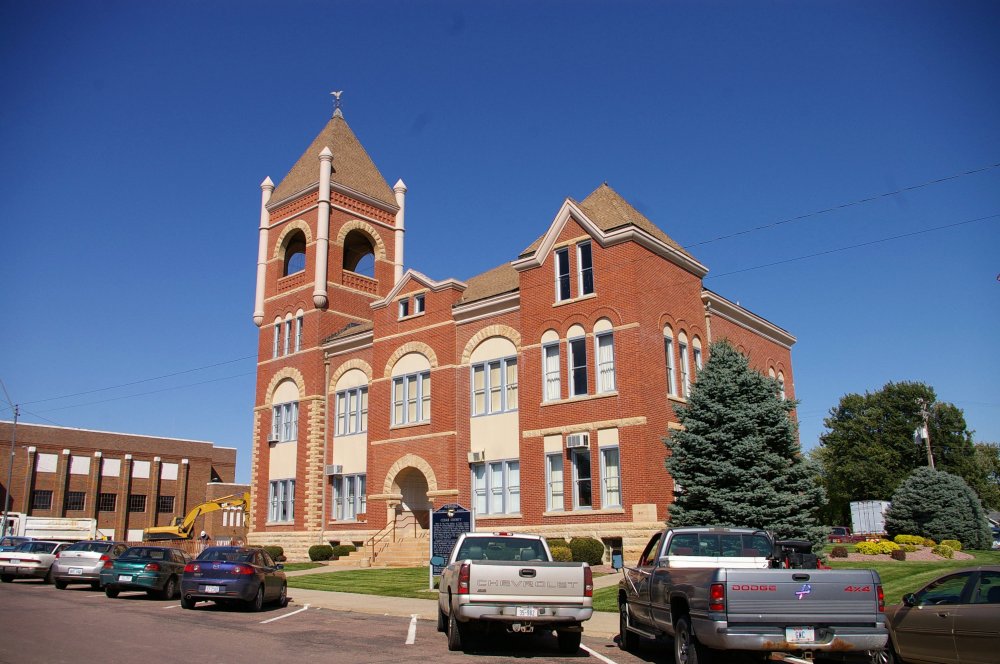 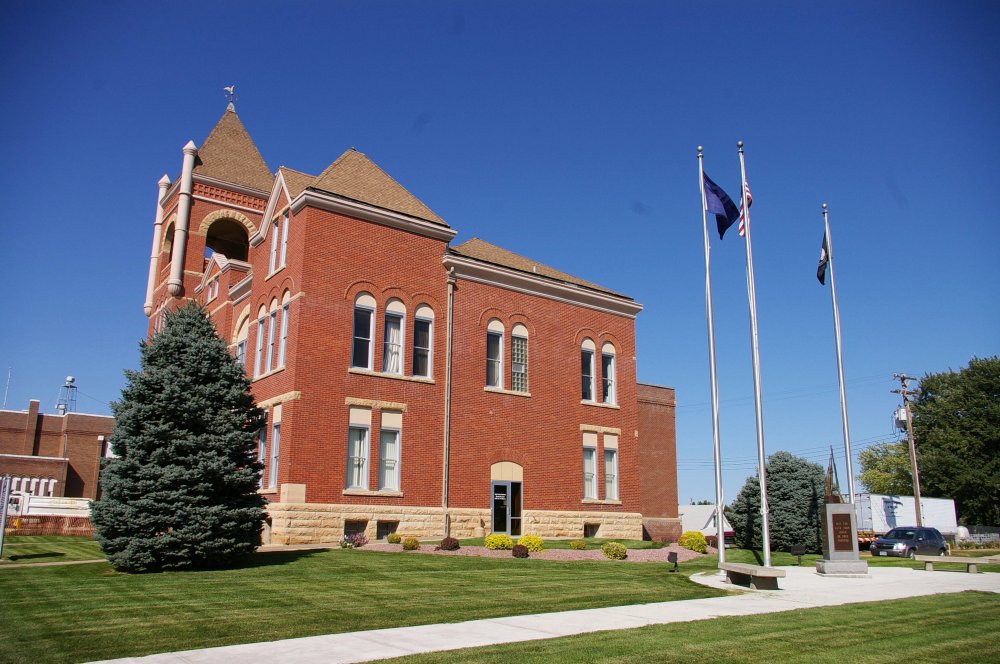 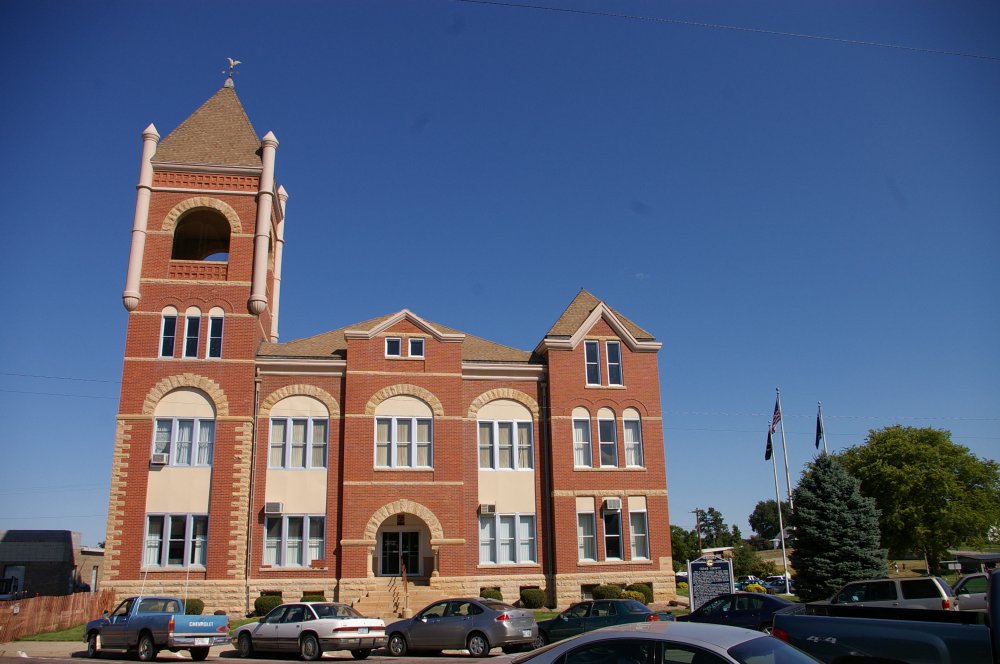 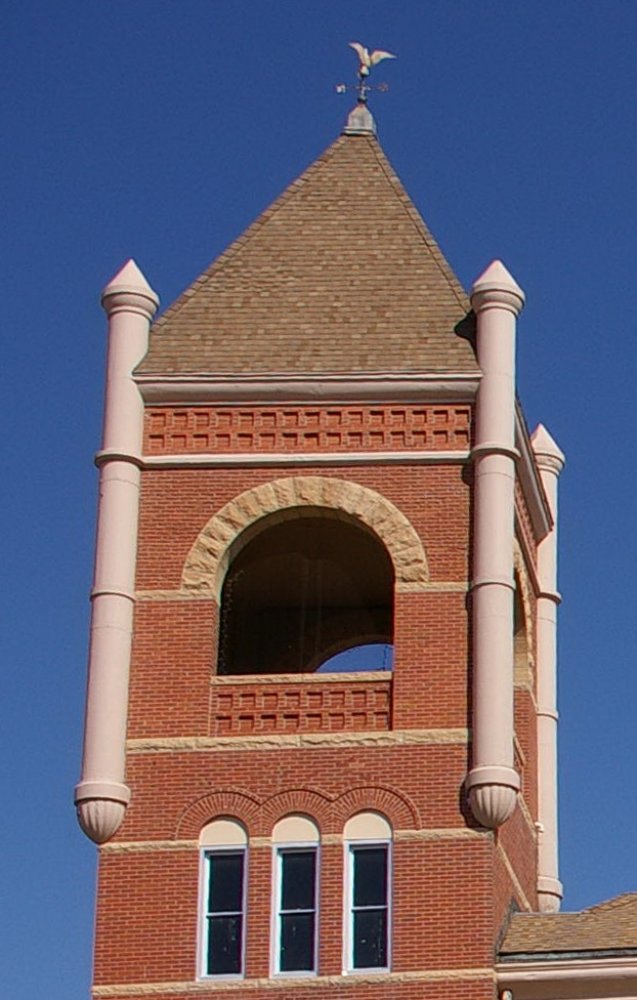 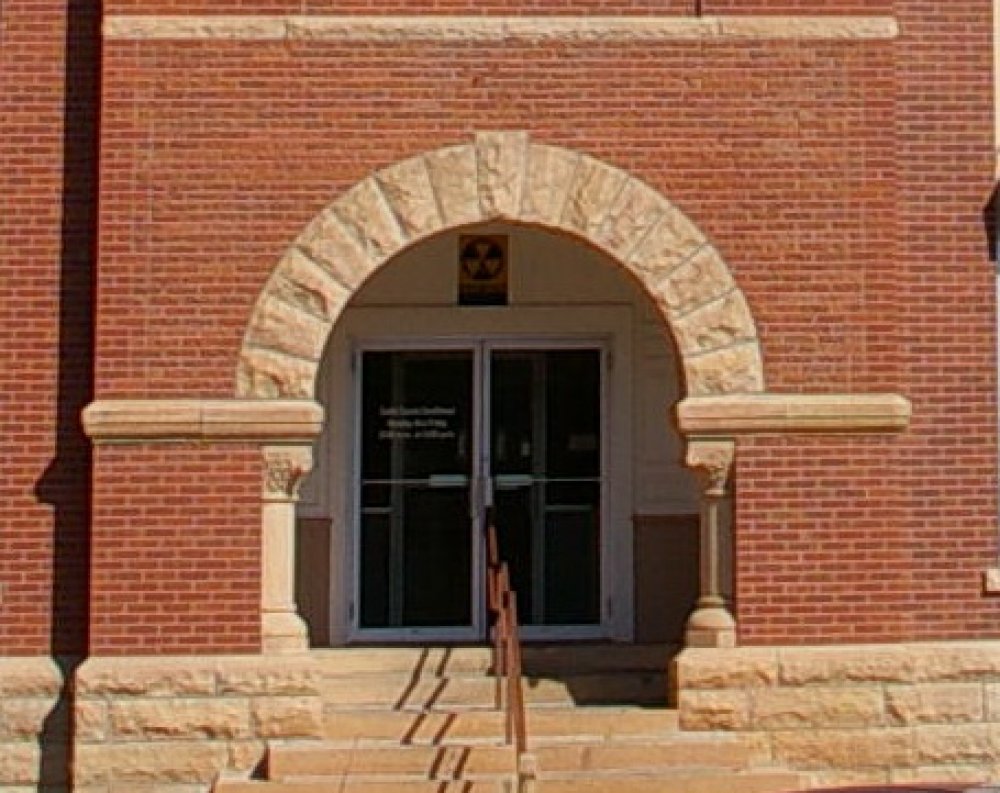 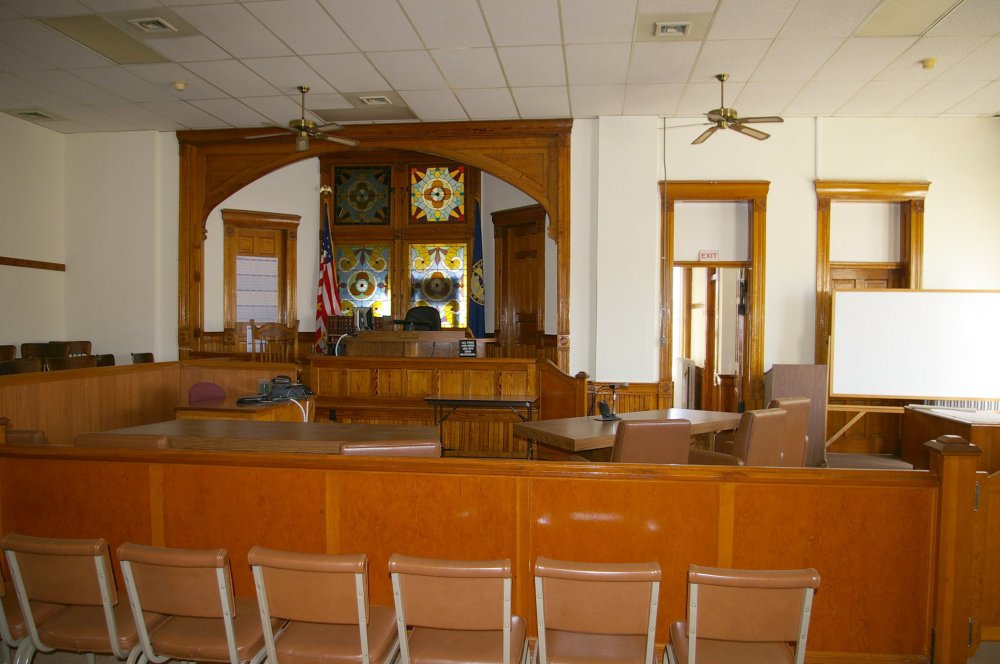 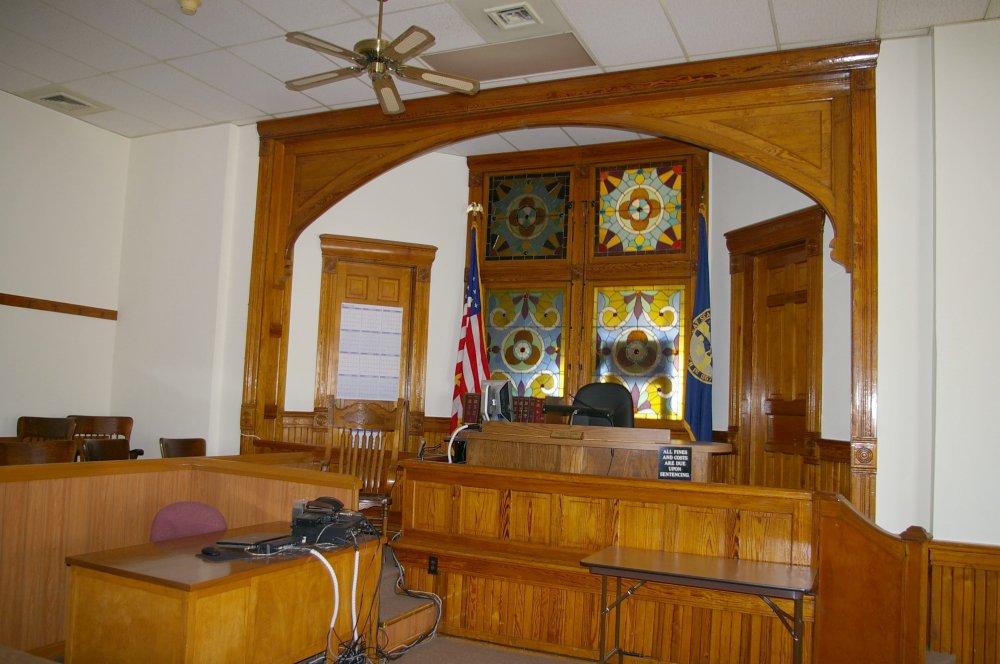 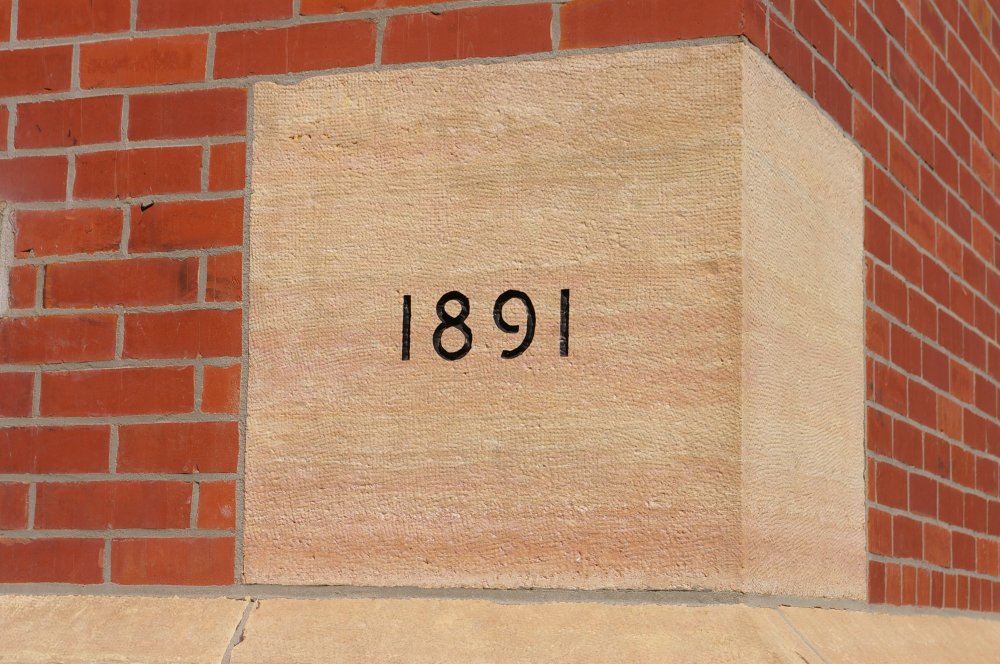 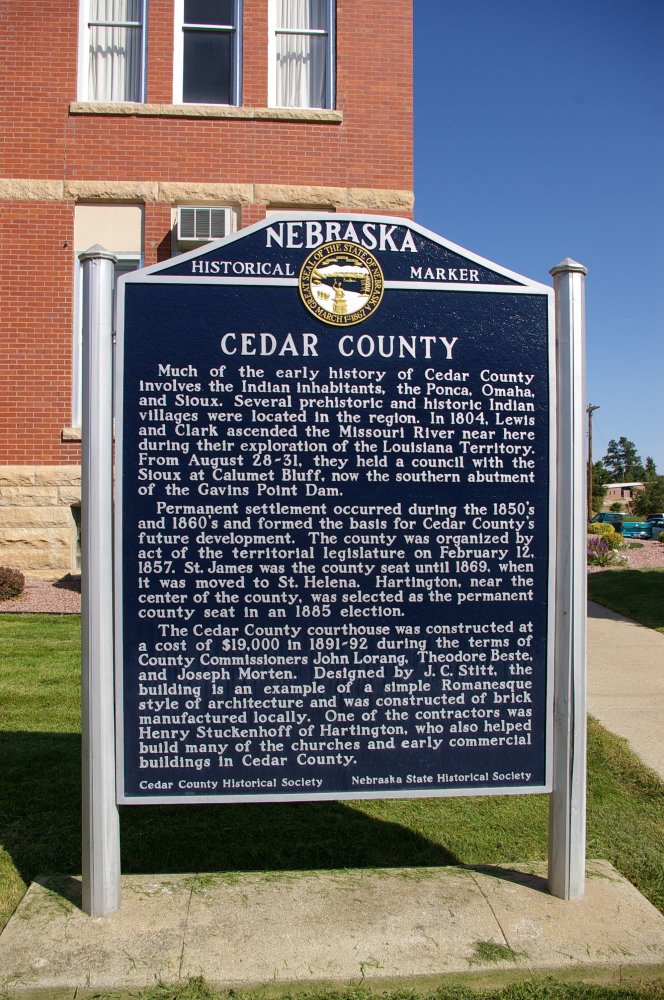