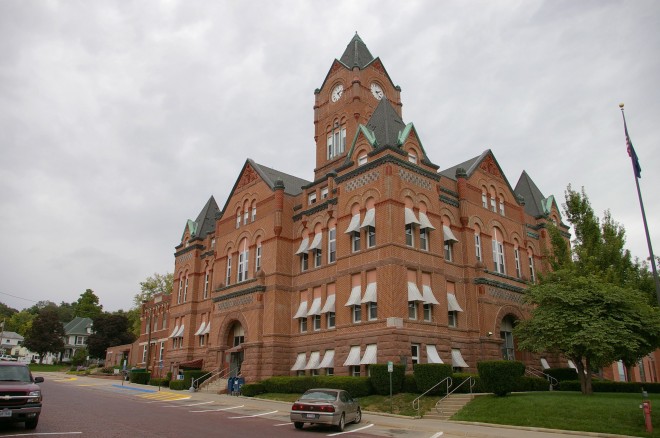 Cass County is named for Lewis Cass, who was an American statesman and patriot.

Description:  The building faces west and is a three story red colored brick, terra cotta and stone structure. The building is located on landscaped grounds in the center of Plattsmouth. The west central section of the “L” shaped building projects from the main building and has an arched entrance. The building rests on a sturdy raised basement of rock-faced cut reddish colored sandstone. Gabled pavilions are centered on all four facades, but only two have entries. On each corner is a large square tower with green colored peaked roof. Small terra cotta buttresses with fanciful foliated tops and “quilted” shafts anchor the gable ends. This quilted texture is continued on the pavilion’s wall surface to the three-part round-arched transomed windows. In the center of the building rises a high clock tower with steep peaked roof. The interior has attractive tile flooring (a large geometric pattern), oak woodwork, and 13 foot high ceilings. The building houses the District Court and County Court of the 2nd Judicial District. 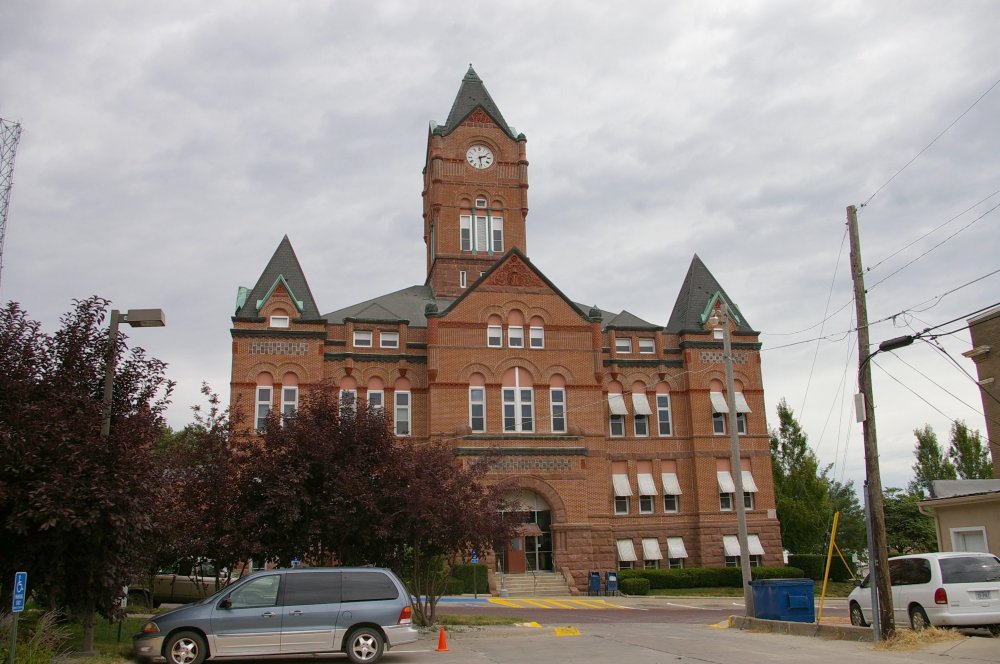 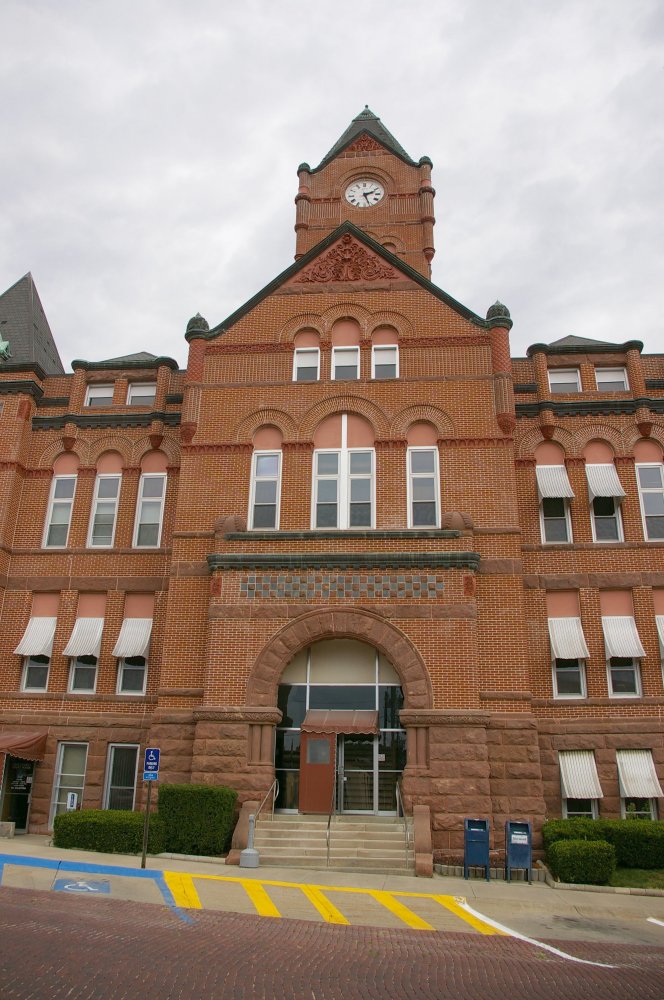 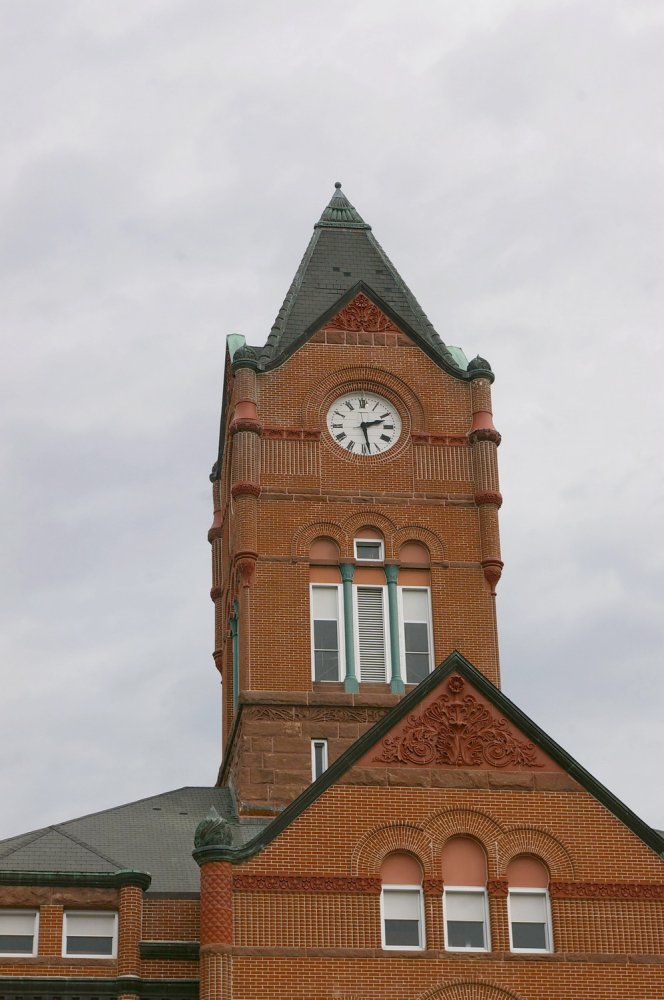 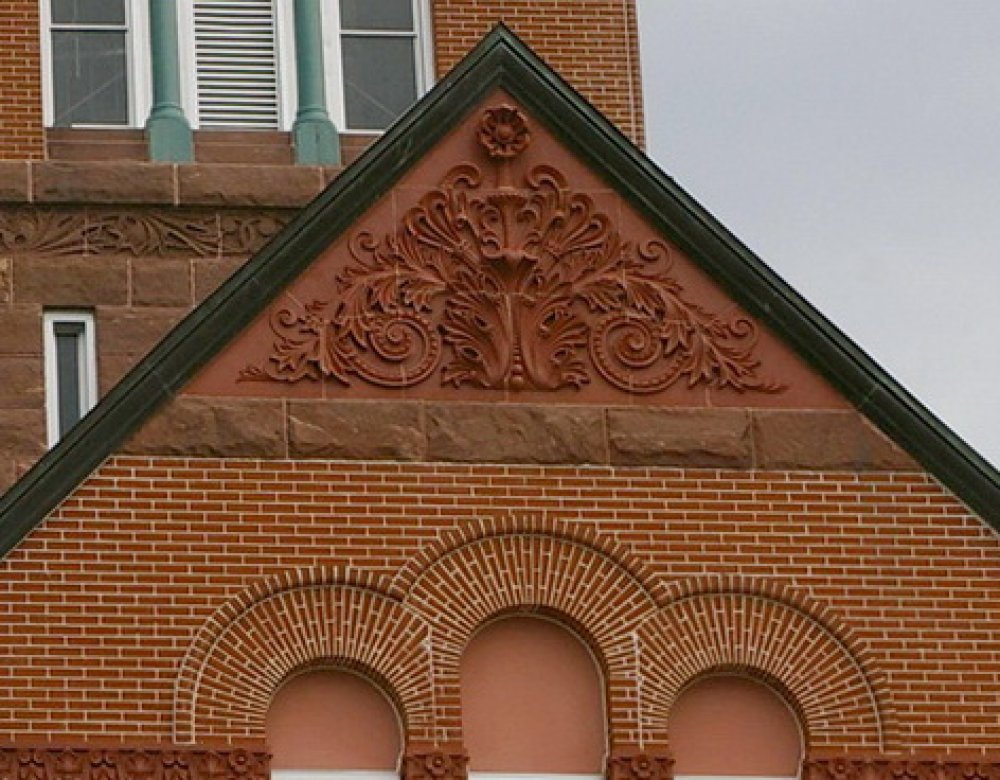 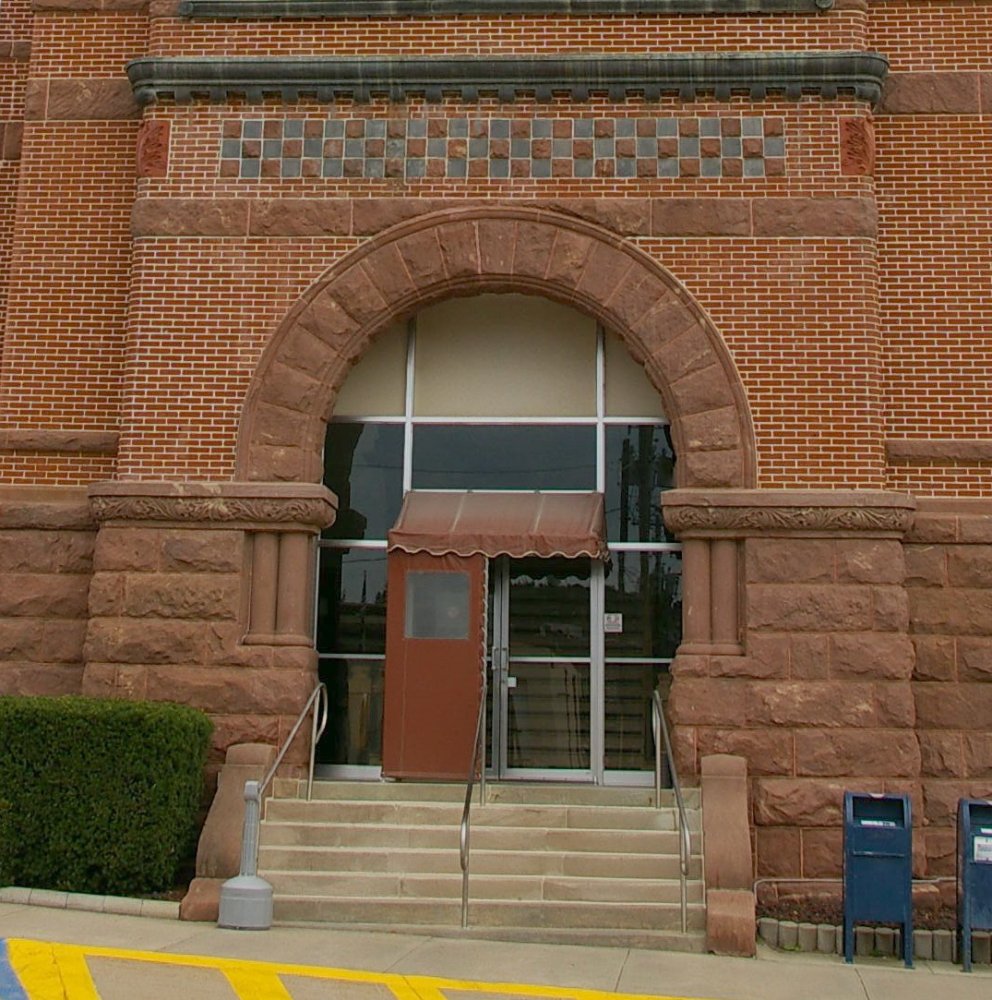 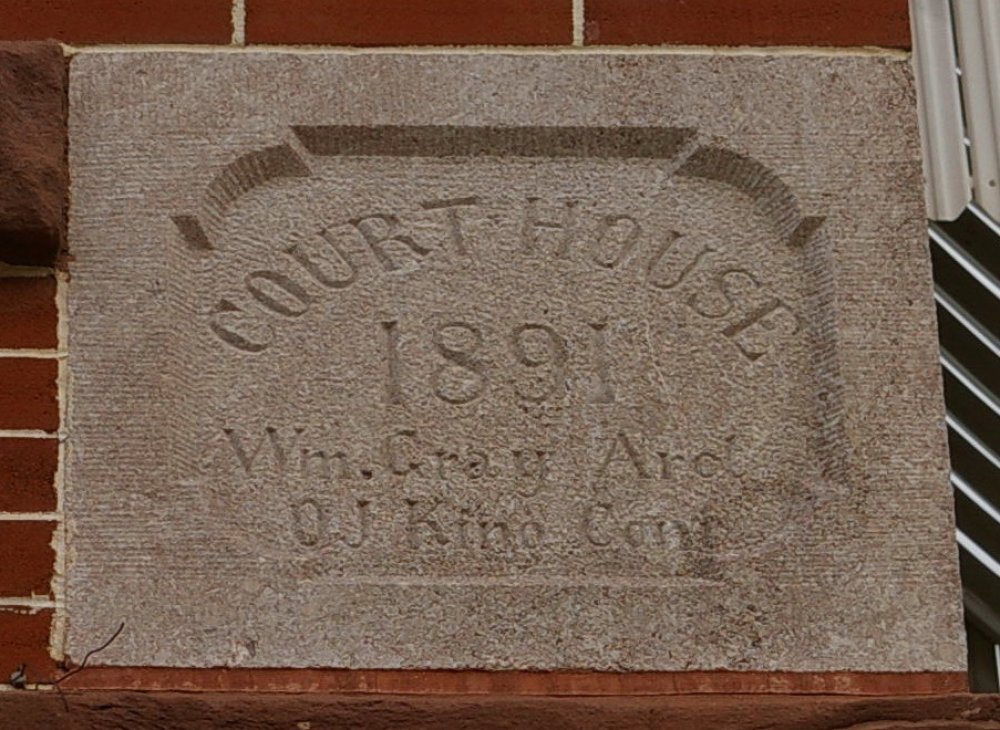 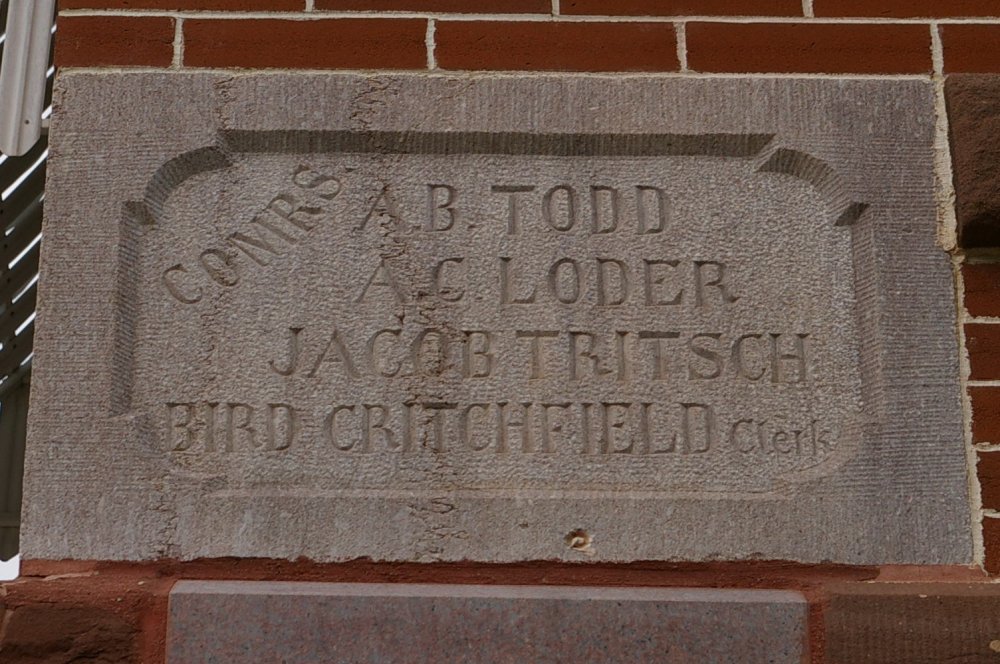 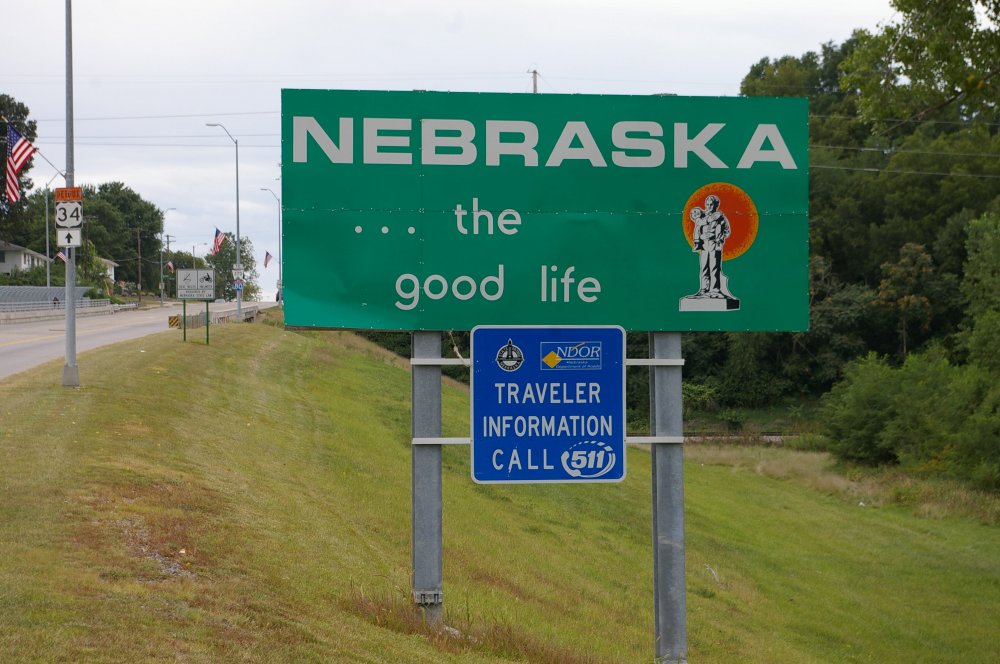