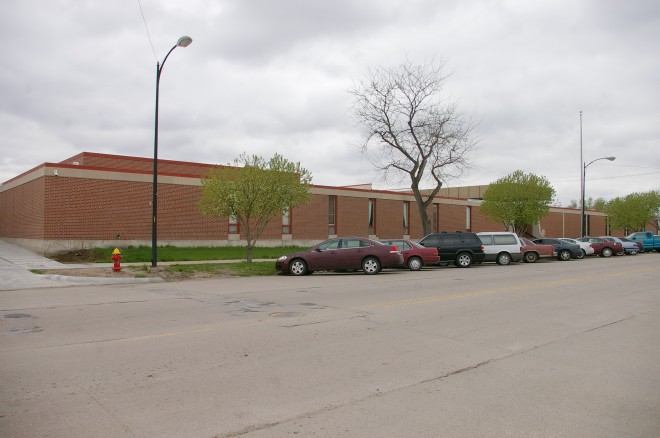 Buffalo County is named for the many herds of buffalo that came to the feed grounds in the region.

Note: The County minutes show that on May 1. 1973, five bids were received for construction of the present courthouse:

Motion was made by Carranza, seconded by Johnson that we award the contract to Central Contracting Corporation for County Office Complex for $508,496.00.  Roll call:  Aye-Carranza, Johnson, Freburg, Asher,Lowe, Wright, and Cannon.  Motion carried.

History:  The county was created in 1855 and organized in 1870. Gibbon was selected as the county seat in 1971. The first courthouse was a two story brick structure built by H B Dexter in 1872 to 1873 at a cost of $22,000. In 1874, the county seat was moved to Kearney and rented premises were used until the second courthouse, a frame structure was built in 1886 on land donated by the Union Pacific Railroad. The courthouse was moved to First Avenue for use as a hospital and as a home for Veterans of Foreign Wars.  The third courthouse was a two story brick structure designed by W E Wagner and built by W T Scott in 1889 to 1890. The fourth and present courthouse was constructed in 1973 to 1975 at a cost of $508,496.