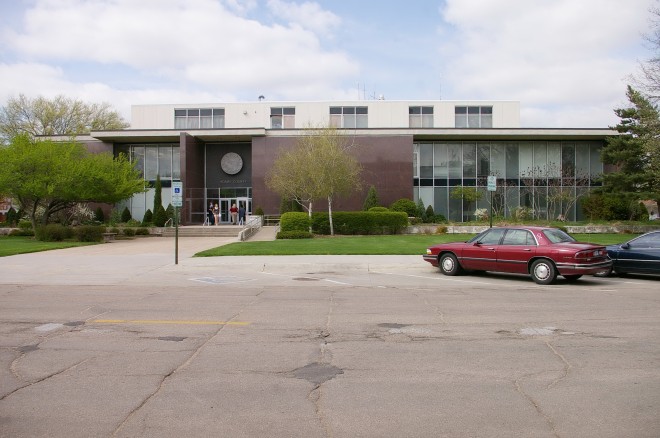 Description:  The building faces south and is a two story glass, chrome, stone and concreter structure. The building is located on landscaped grounds in the center of Hastings. The rectangular shaped building has dark red colored polished marble panels framing the entrance. The rest of the building front is glass divided by chrome dividers. The second story is recessed and has white colored stone facing. The roof line is flat. The building houses the District Court and County Court of the 10th Judicial District. On the north side of the building is the red colored brick Courthouse Annex.

History:  The county was created in 1867 and Juniata was selected as the county seat in 1871 when the county was organized. The first elections were held at the home of Titus Babcock in Juniata in 1871. The first courthouse was erected in 1872 and was 20 feet by 16 feet. In 1878, the county seat was moved to Hastings. The county occupied rented premises. The second courthouse was a two story St. Louis pressed brick and Colorado sandstone structure with Wichita stone trimming designed by Charles C Rittenhouse and constructed by J H Sims of Hastings in 1889 to 1890 at a cost of $77,815. The building was demolished in 1964 when the third and present courthouse was constructed in 1962 to 1964. 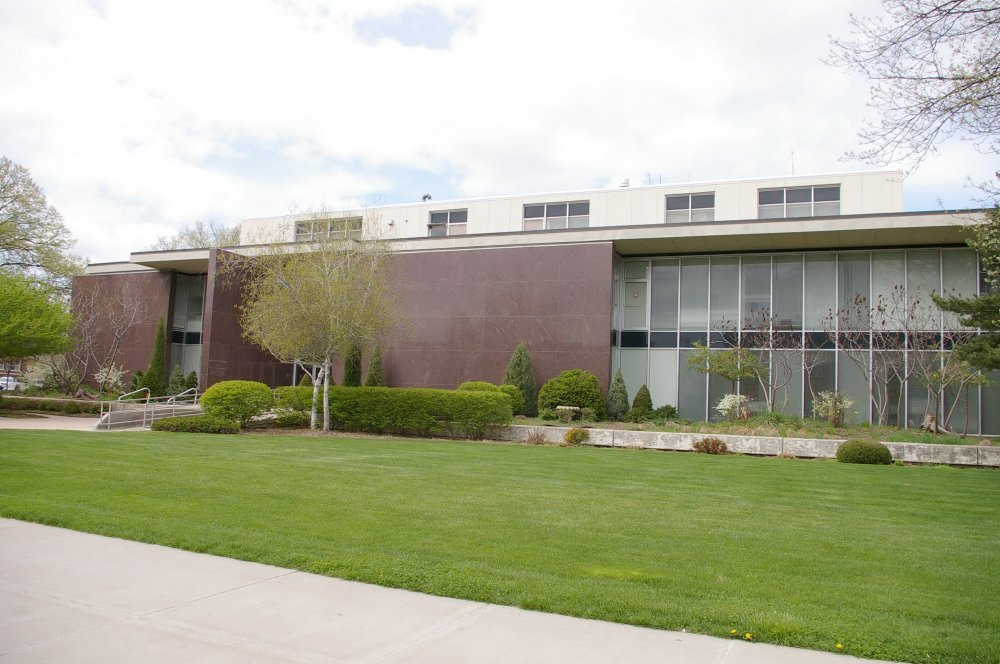 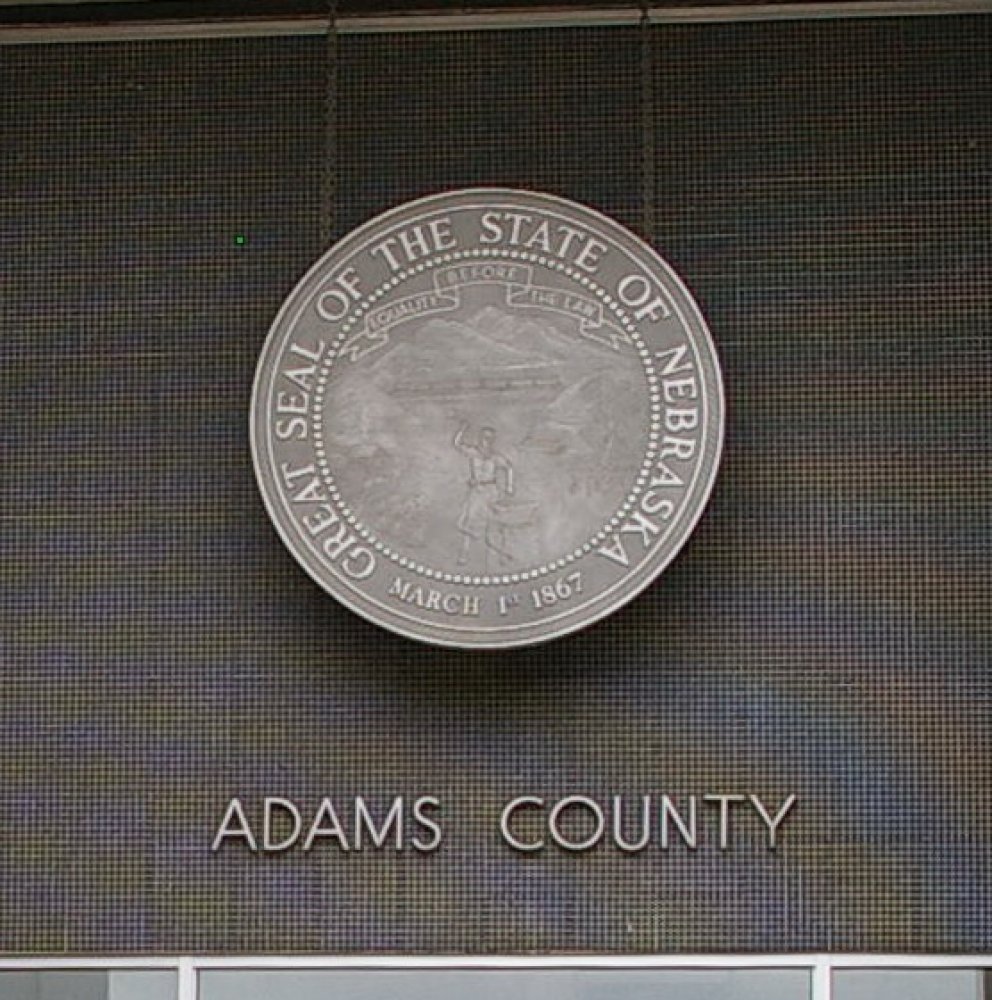 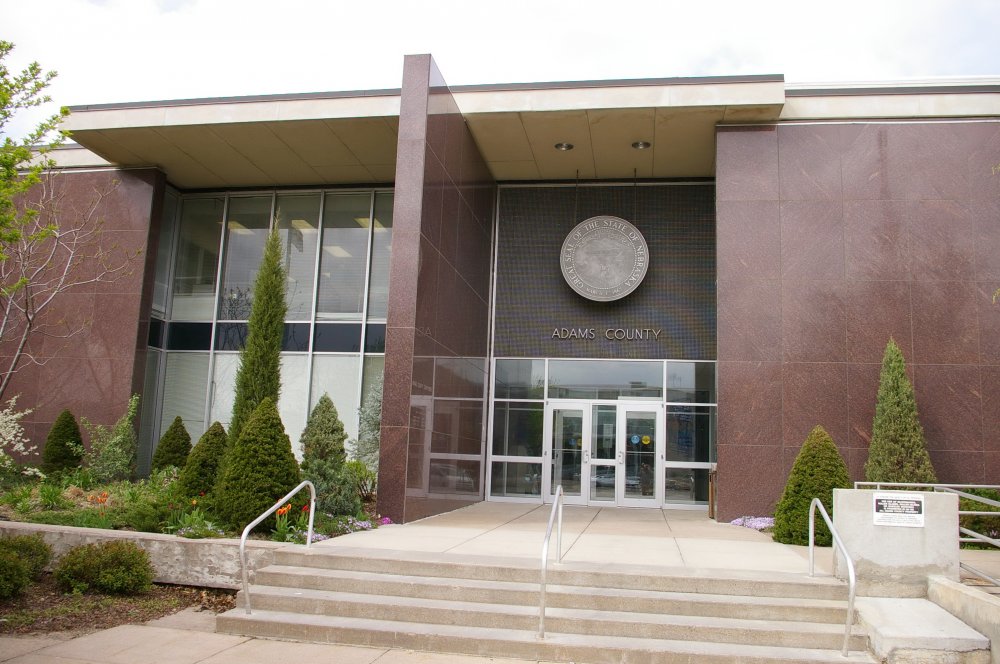 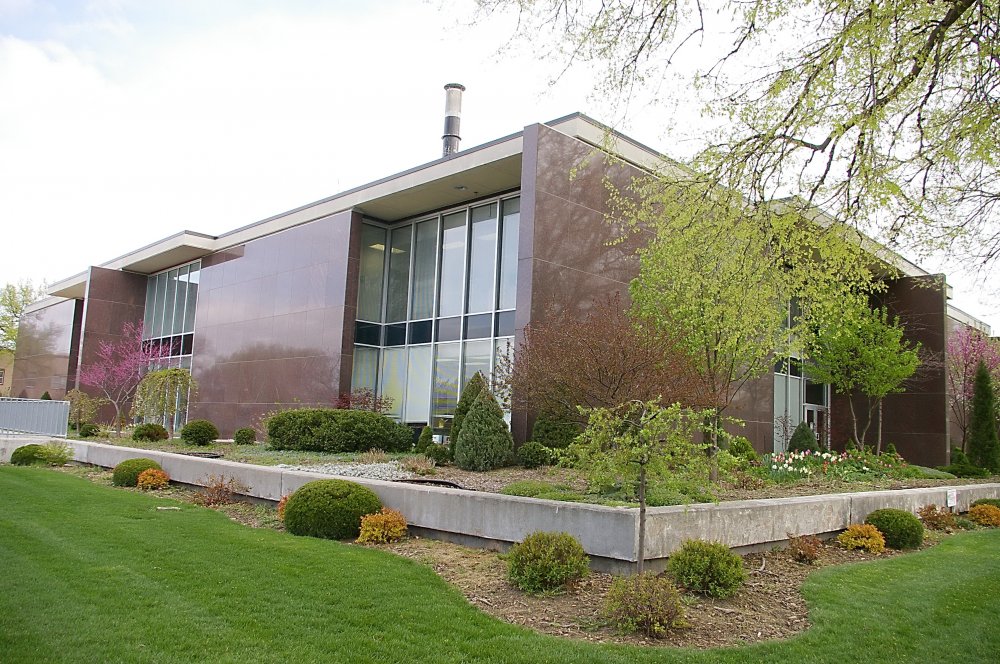 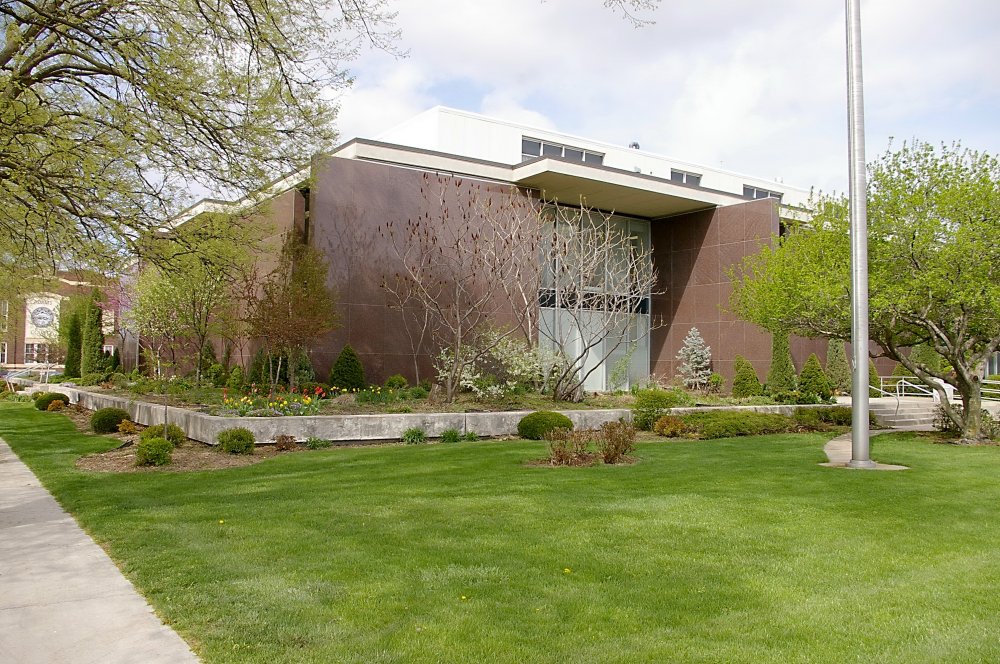 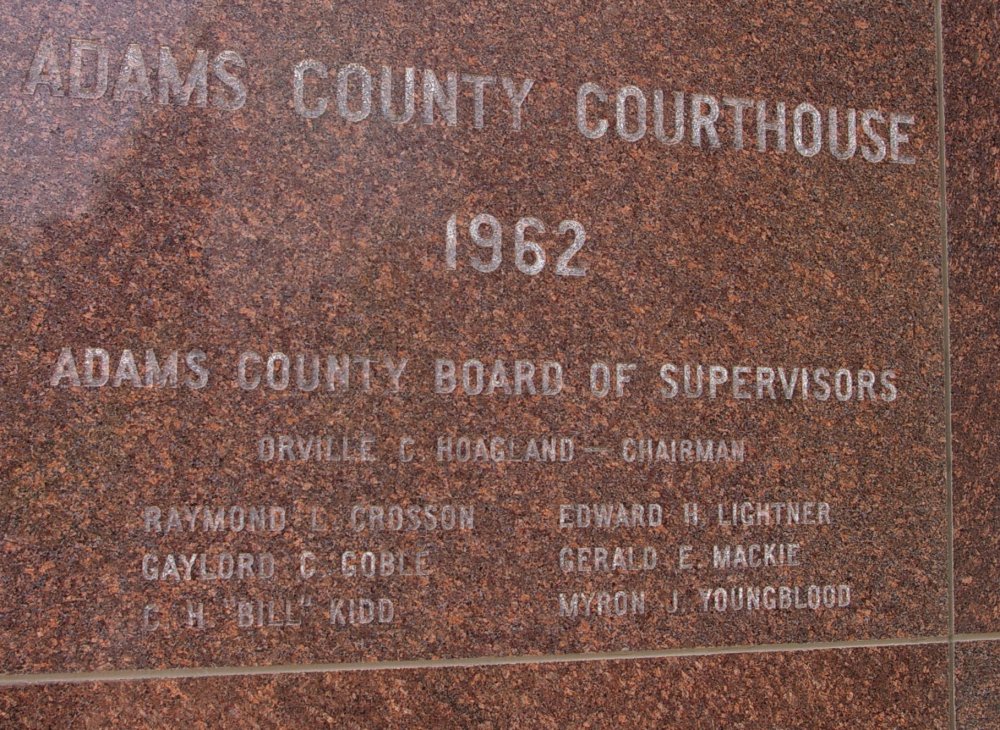 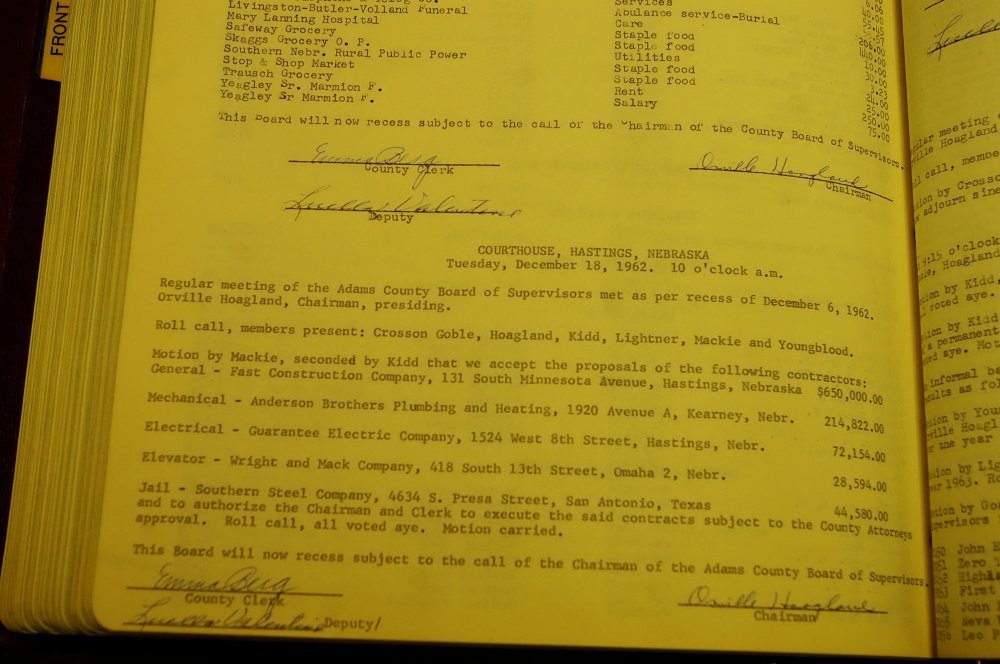 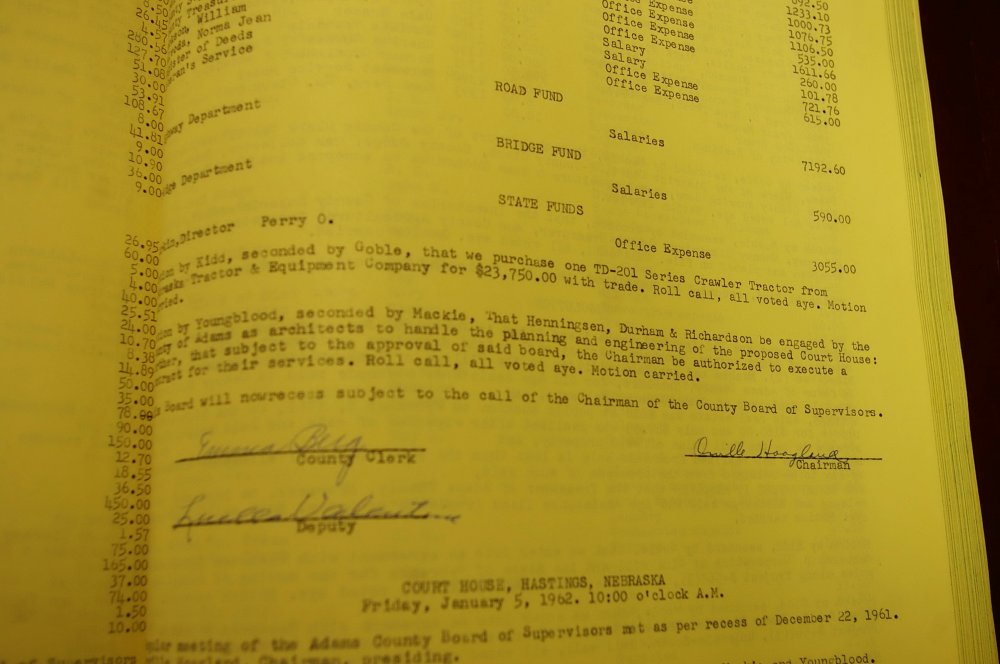 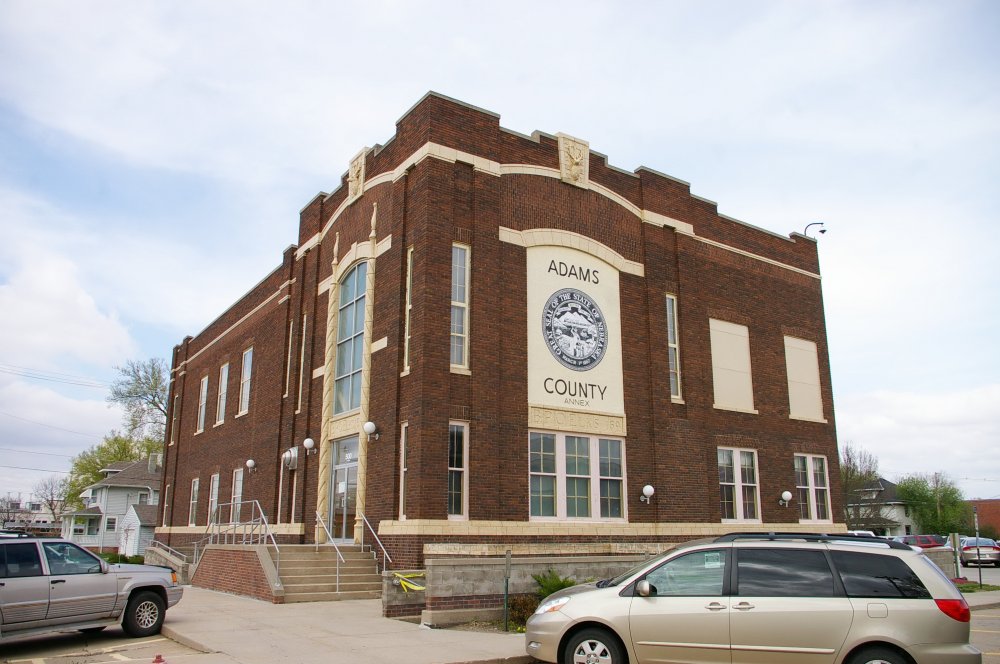 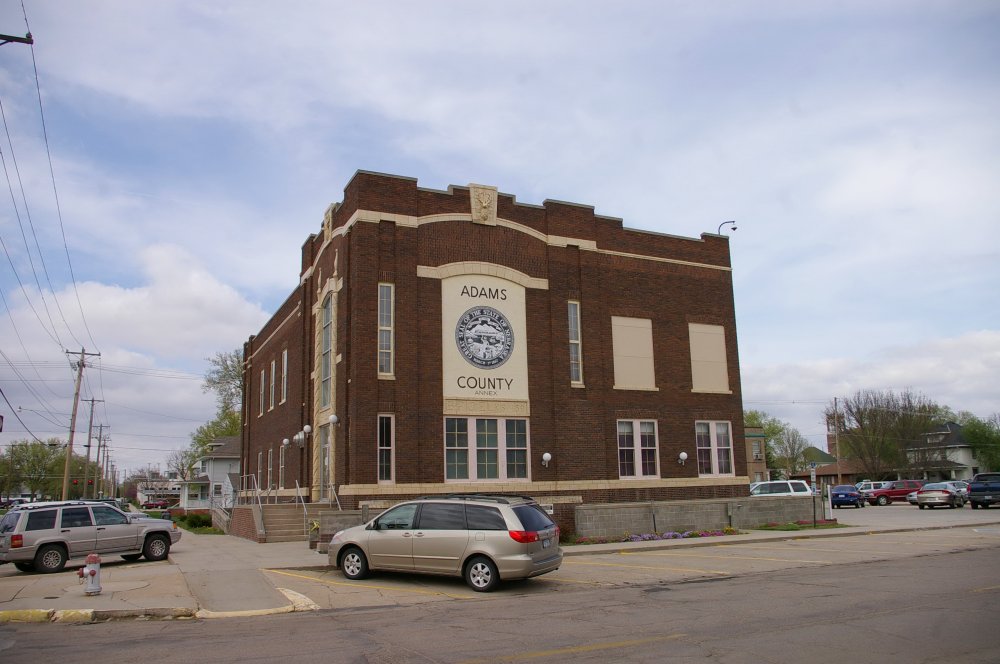