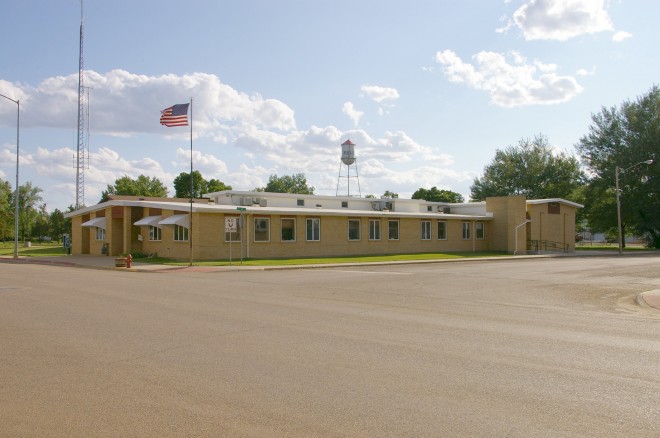 Wibaux County is named for Pierre Wibaux, who was a pioneer and a cattleman. 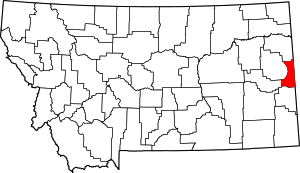 Description:  The building faces east and is a one story buff colored brick and concrete structure. The building is located on landscaped grounds in the center of Wibaux. The east front has two brick pillars at the entrance with a slanted roof line above. In the interior is a long east-west corridor. At the west end of the building is a higher section which contains the courtroom. The center of the roof is raised with sloped roof. The building contains the County District Court of the 7th Judicial District and County Justice Court. Description:  The building faces east and is a one story sand colored brick and concrete structure. The building is located in the center of Wibaux. The east front has a parapet and battlements, corner pilasters, a tiered belt course with modillions, recessed doorway, and a concrete hood with ornamental concrete support brackets. The building was constructed as a saloon named as the Smith Saloon Building. The building was sold to the State Bank of Yates and was renamed as the Wibaux County Bank. In 1923, Wibaux County purchased the building for use as the county courthouse and jail. Since 1952, the City Hall and the public library have occupied the space.

History:  The county was created in 1914 and Wibaux was selected as the county seat. The first courthouse in 1914 was the old Wibaux public school which had become the Davis Opera House in 1912.  The building was purchased by the county but burned in 1919. The second courthouse was located in the Woodburn Building until 1922 and in various town buildings. In 1923, the old Smith Saloon Building located at 112 South Wibaux Street became the third courthouse which was by then the Wibaux County Bank. The building is now the Wibaux Public Library. The present and fourth courthouse was constructed in 1952. 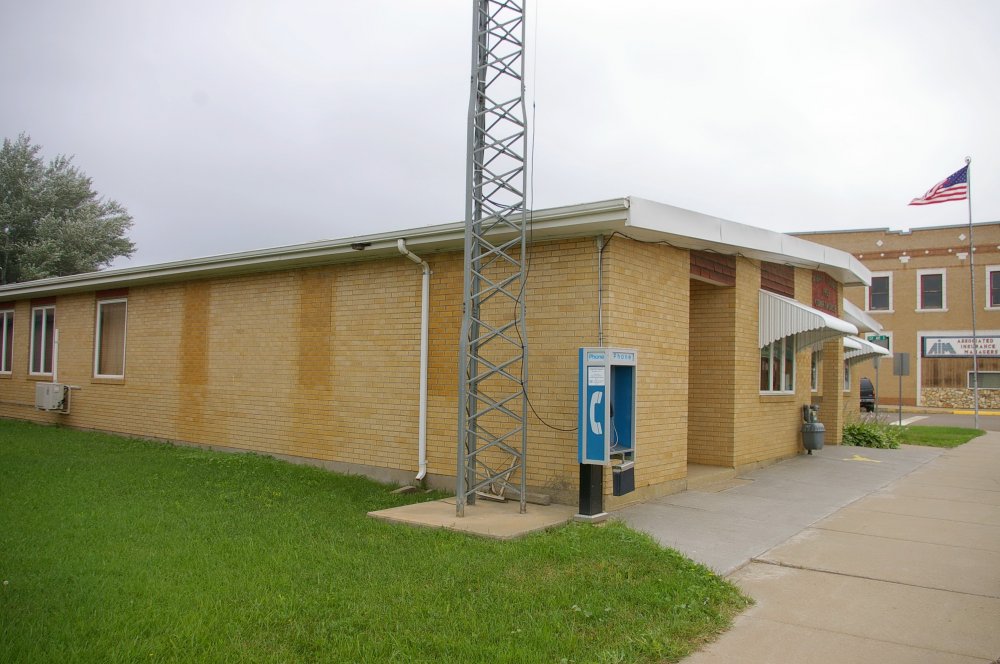 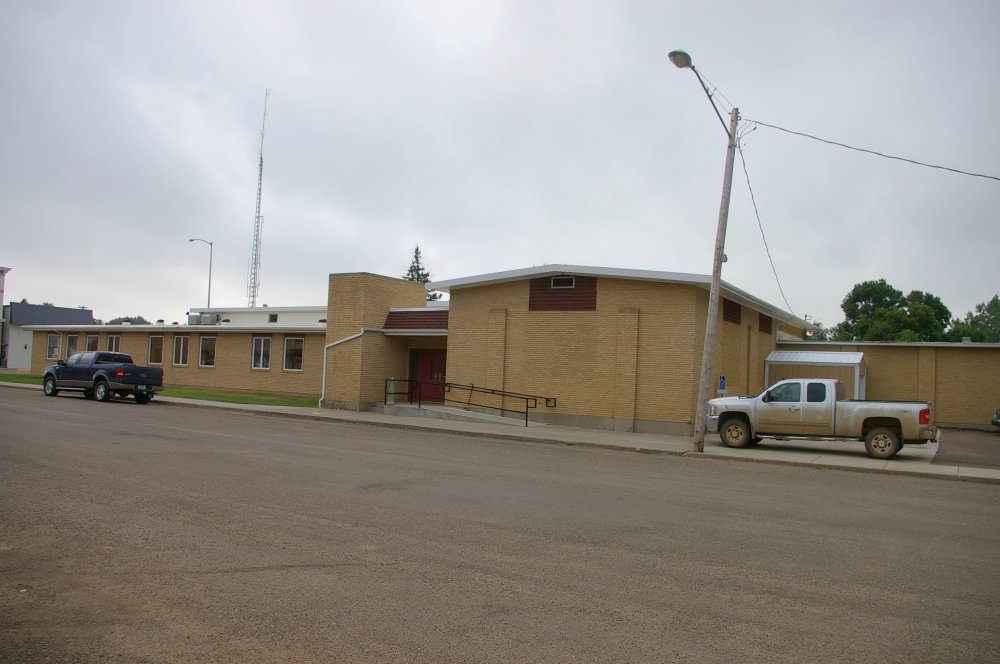