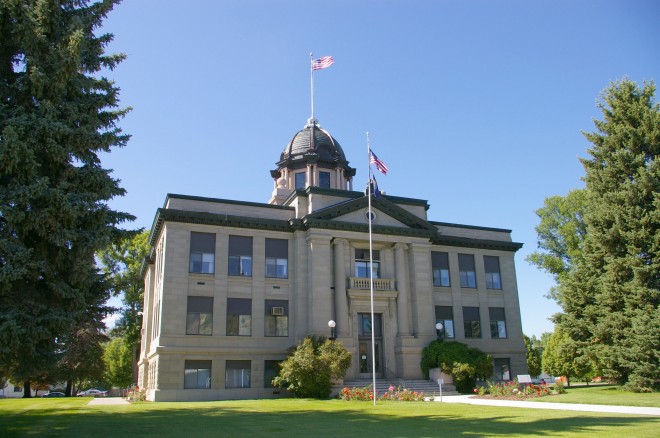 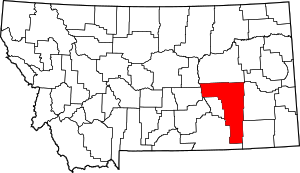 Description:  The building faces south and is a two story gray colored stone and concrete structure. The building is located on sdpacious landscaped grounds in the center of Forsyth. The south front has a large projecting portico with two columns rising to a pediment at the roof line. A wide sandstone belt course at the top of the foundation wraps fully around the building. Spandrels separate the first and second story windows, which have the same configuration as those in the foundation. A copper cornice with dentils and block modillions extends around the entire structure, and another narrow band of copper caps the parapet. A projecting cornice runs below the roof line. On the center of the roof is rounded dome with black colored copper roof. The courtroom is located on the third story. The building houses the County District Court of the 16th Judicial District.

Note:  The cost of construction of the courthouse started at $125,000. Trouble commenced when it became clear that the project was more than $40,000 over budget. In September 1913, the editor of the Forsyth Times-Journal lambasted the county commissioners for the cost overrun and brought suit to restrain them from further expenditure. Apparently worried that his company would not be paid in full, Gray’s foreman refused to turn over the keys to the completed building, despite a court order. The clash had moments of high comedy: at one point, the foreman locked himself inside the building and secreted himself between the ceiling and the roof. Ultimately, a grand jury vindicated the commissioners. Ruling that the building’s design was “imposing and attractive” and its interior “very harmoniously and artistically decorated,” the grand jury declared that the county received “full value for the money expended.” Their judgment still stands.

History:  The county was created in 1901 and Forsyth was selected as the county seat. The first courthouse was a wood frame structure that had also served at one time as the Forsyth School, was located on the corner of llth Street and Cedar Street. Maurice Bentall bought the property with the intention of renting it to house the recently-formed county offices, and in 1906 Rosebud County bought the building. The second and present courthouse was constructed in 1912 to 1914 at a cost of $173,000. 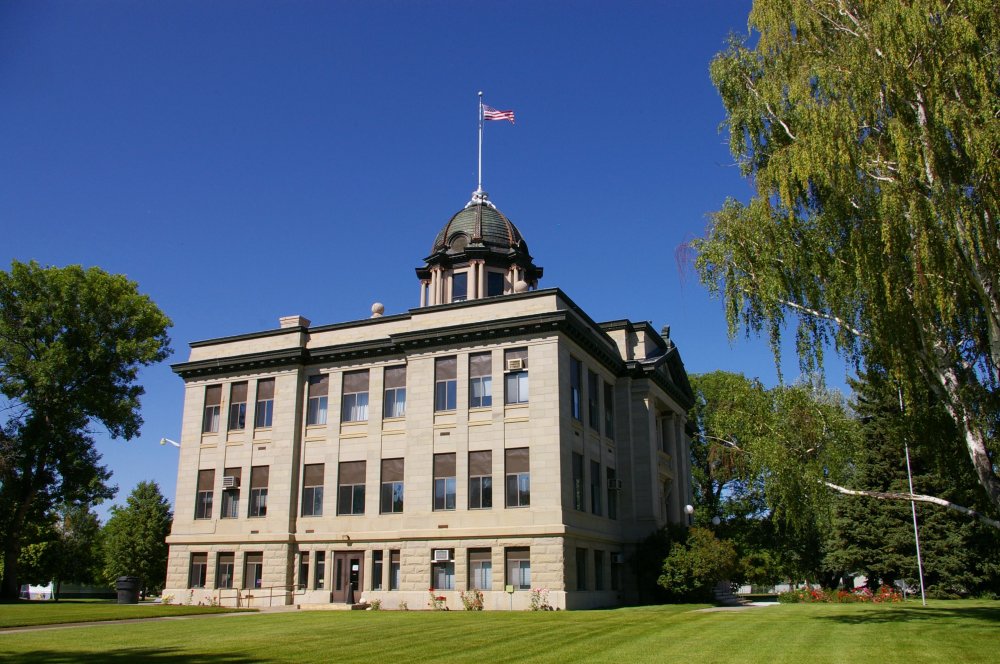 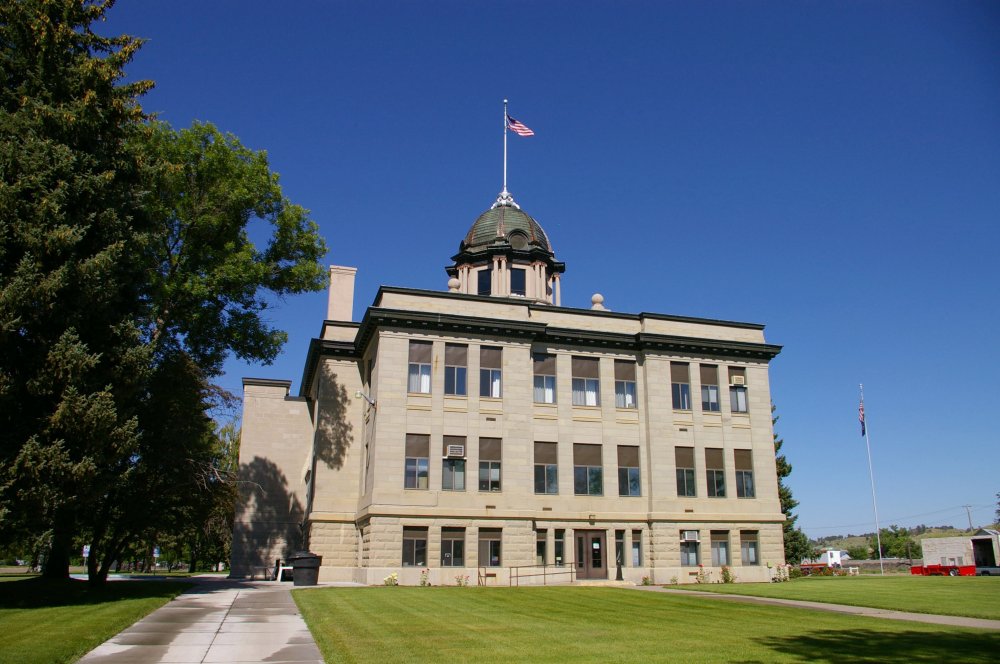 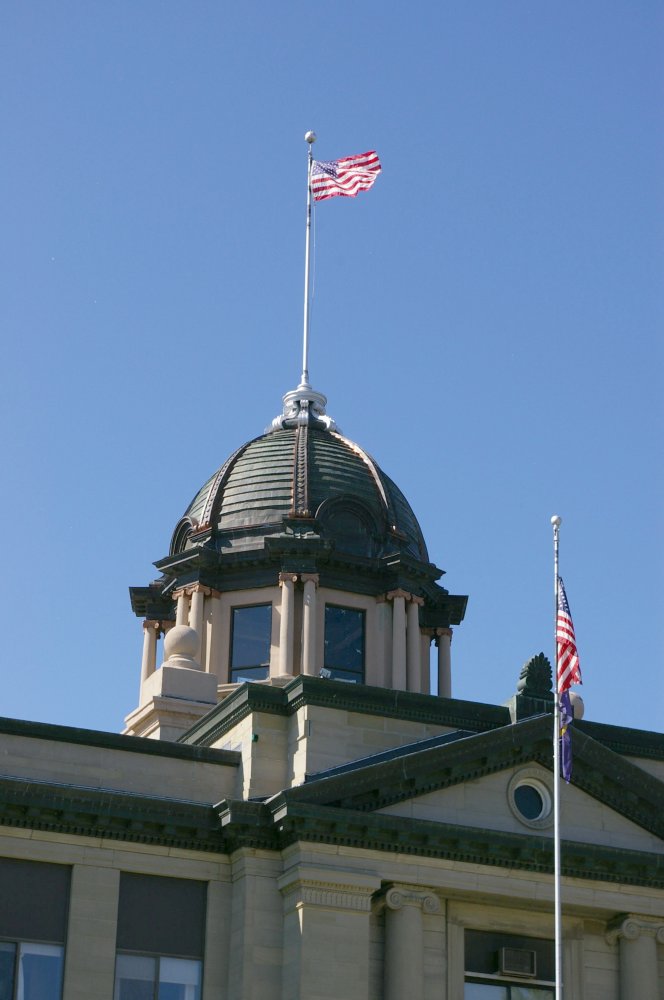 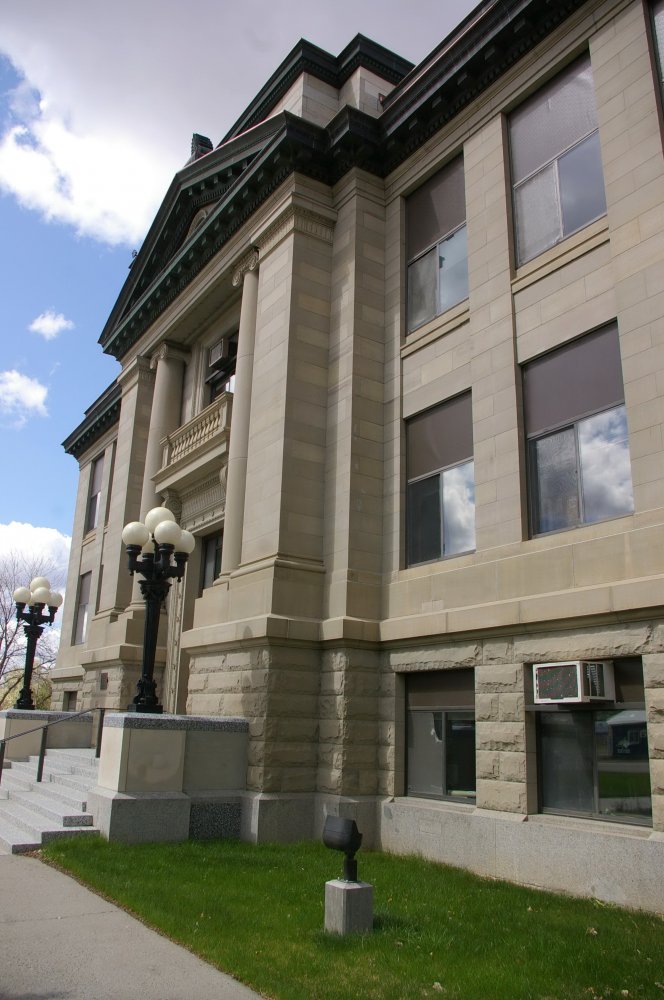 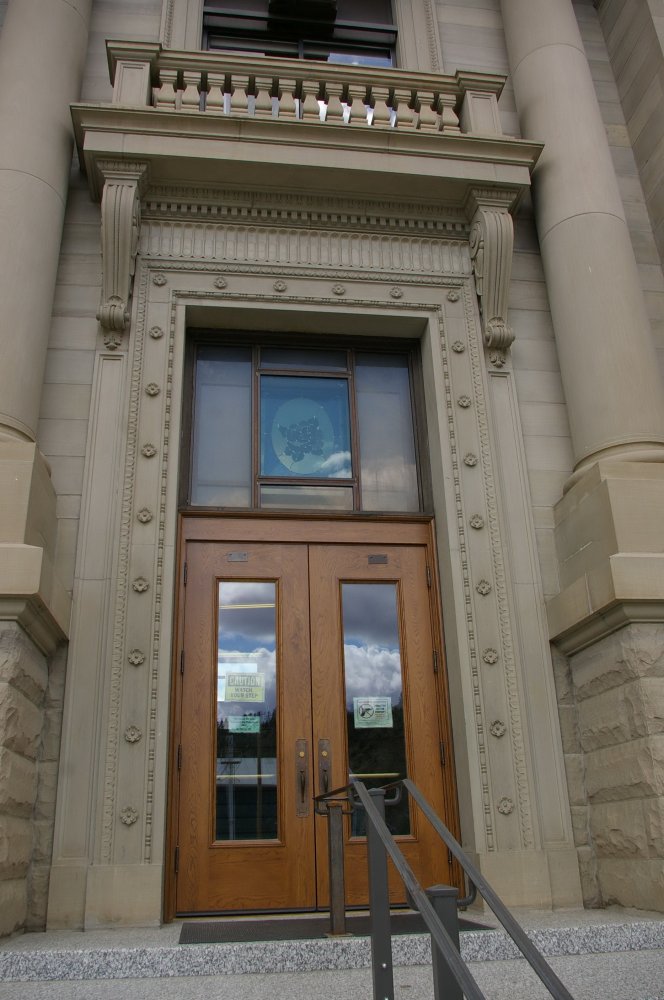 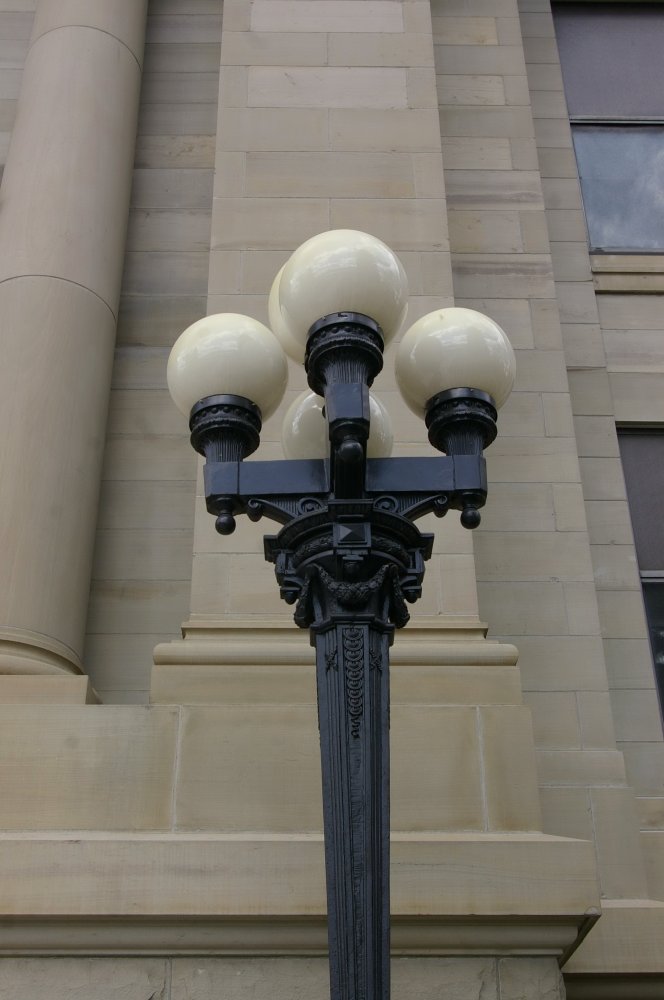 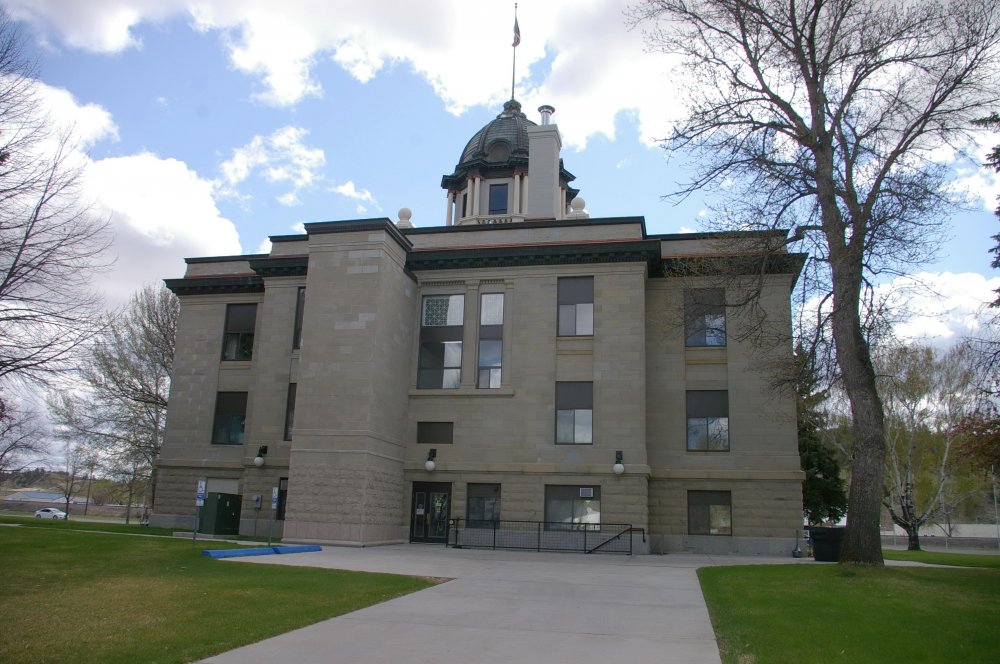 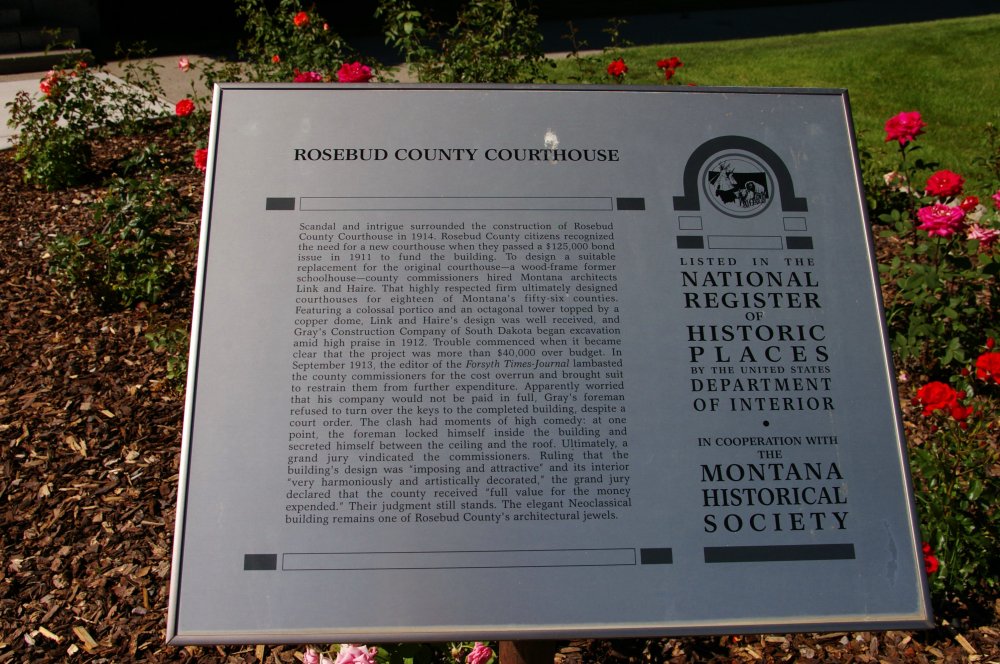