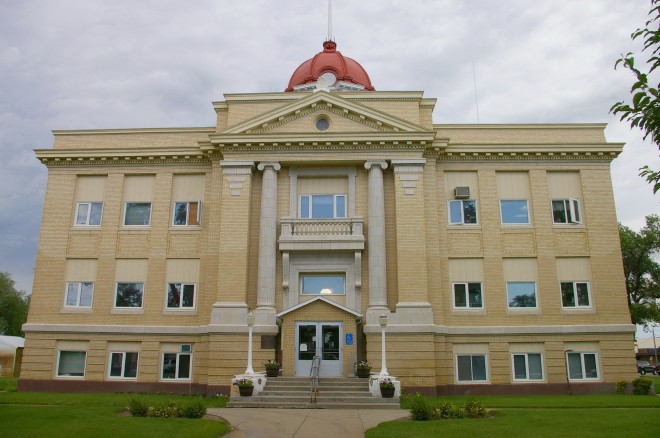 Richland County is named for the productive land in the County and to promote settlement.

Description:  The building faces south and is a three story buff colored brick and concrete structure. The rectangular shaped building is located on landscaped grounds in the center of Sidney. The building has a raised basement and the south front has a high projecting center section with two columns rising from the second story to the top of the third story with a pediment rising to the roof line. There is a small balcony at the third story. A wide cornice runs below the flat roof line. On the center of the roof is an octagonal dome with red colored roof. In the interior is a grand staircase, gold-leaf cornices and marble columns. The former courtroom was located on the southwest side of the the third story. The building houses the County District Court of the 7th Judicial District. The building was renovated in 2010 to 2012. The architect was SDI Architects + Design of Sidney and the contractor was Kringen Construction, Inc. of Sidney.

Description:  The building faces south and is a two story brick, glass and concrete structure. The rectangular shaped building is located on landscaped grounds to the northwest of the center of Sidney. The roof is hipped. In the interior, the two courtrooms are located along the south side of the second story with the District Court courtroom on the west and the county Justice Court courtroom on the east. The building is named as the Law and Justice Center. The building houses the County District Court of the 7th Judicial District and County Justice Court. 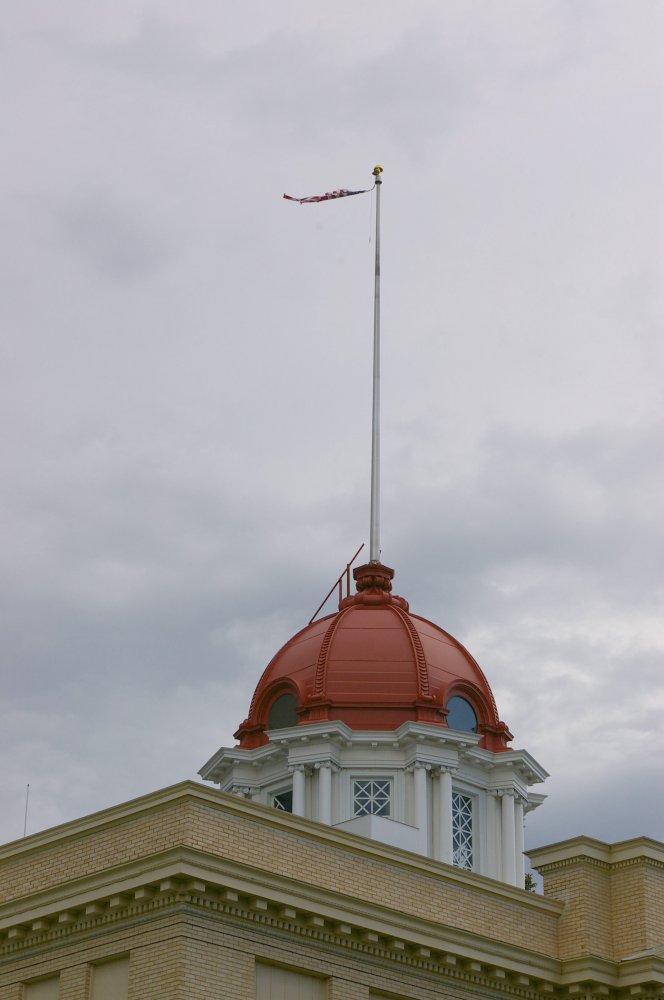 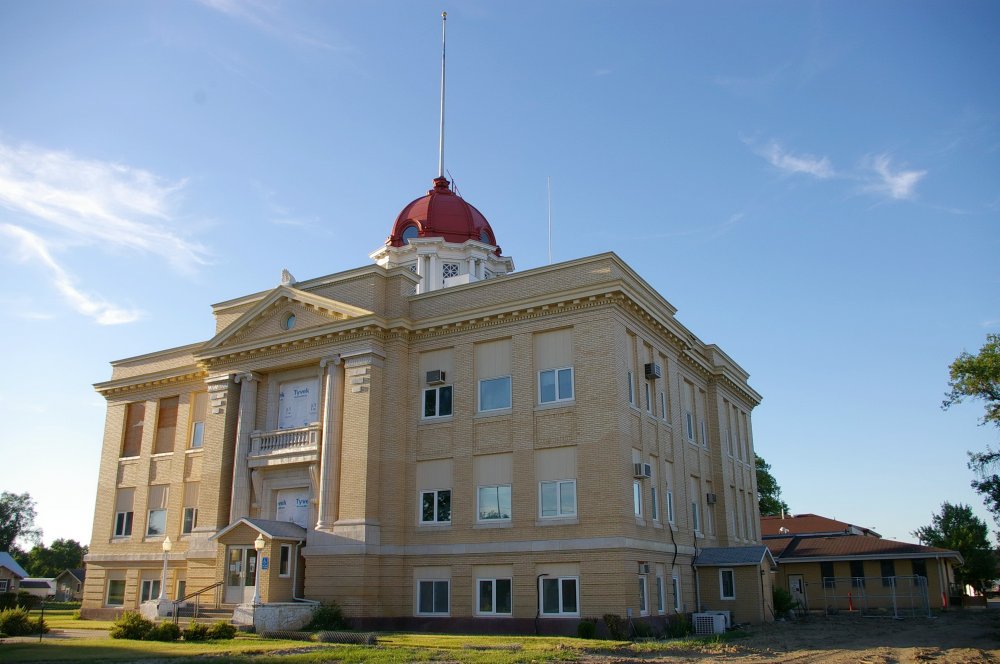 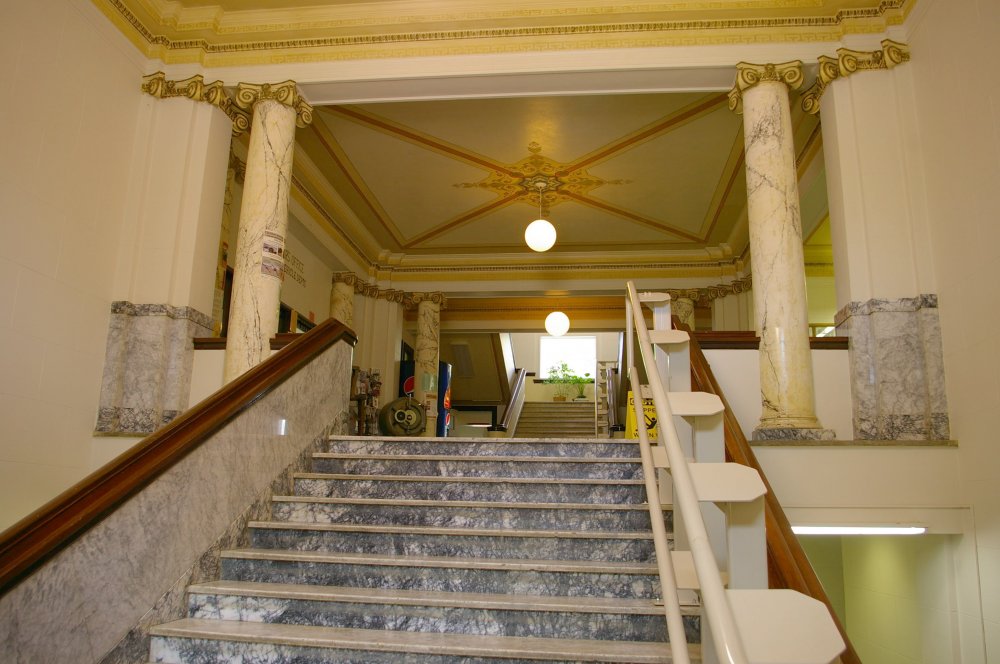