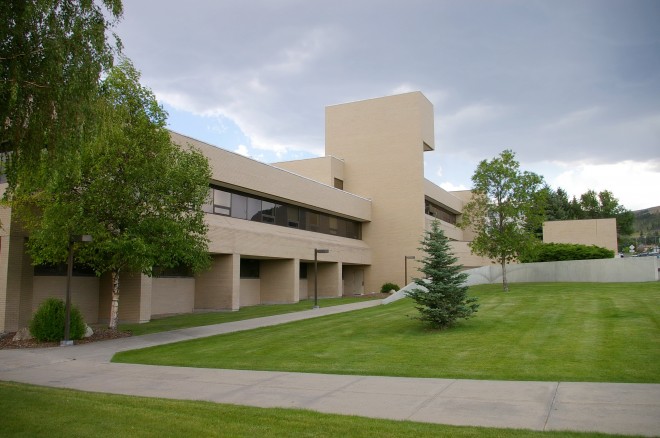 Description:  The building faces west and is a four story concrete and glass structure. The building is the Justice Building and is situate to the east of the State Capitol. The Supreme Court was originally situate in the State Capital on the second floor of the east wing. The Supreme Court Chamber is located on the fourth floor near the northeast side of the building. The main doors enter from the west into a lobby and then a large stair well.  At the time the building was constructed, the state used a multiple-prime contractor methodology where the general, mechanical, electrical, and other substantial portions of the project were each independently bid. On the ground florr is the public library. 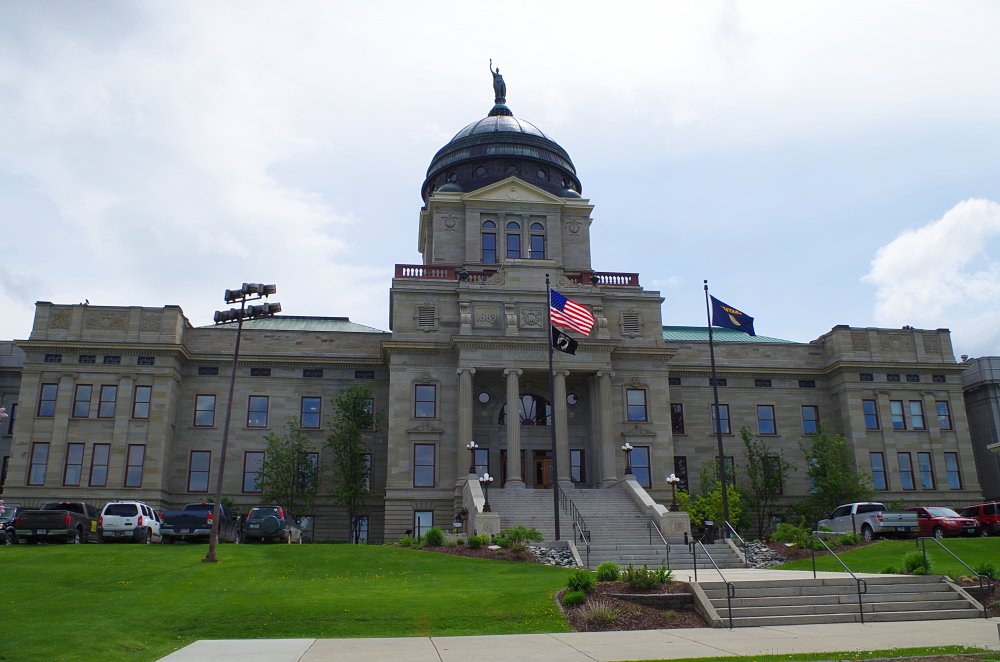 Description:  The building faces north and is a four story sandstone and Montana granite. structure. The building is located on spacious landscaped grounds. The Old Supreme Court Chamber is located on the east side of the third story. The scaglioa columns were designed to resemble Italian marble. The chamber contains mahogany furniture, stained glass skylight and the Pedrerri murals. The Supreme Court occupied the chamber from 1912 to 1983.

See:  The Montana Supreme Court is located in Lewis and Clark County. 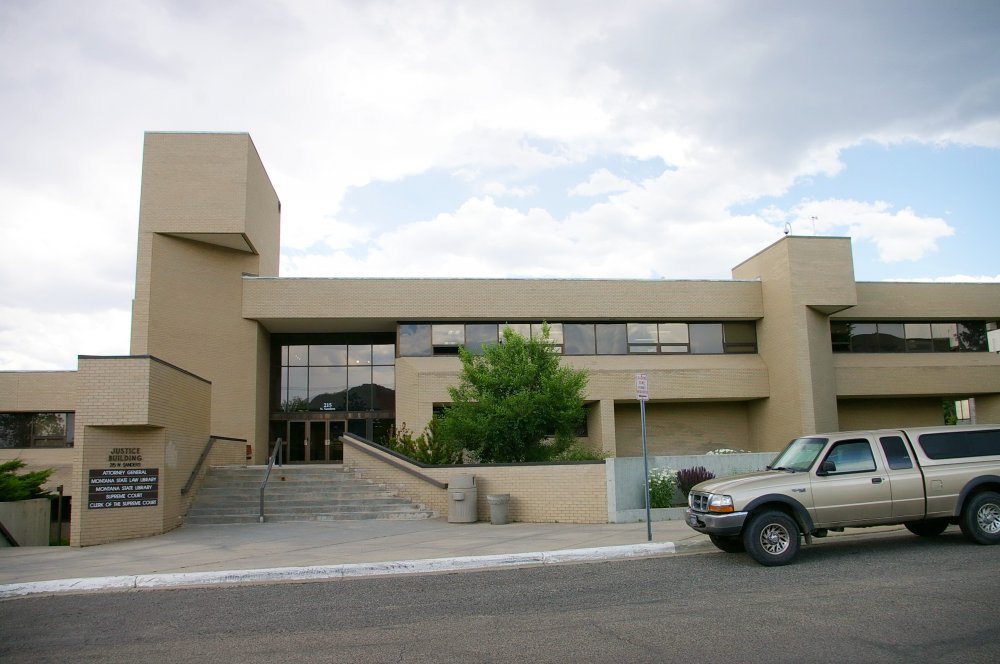 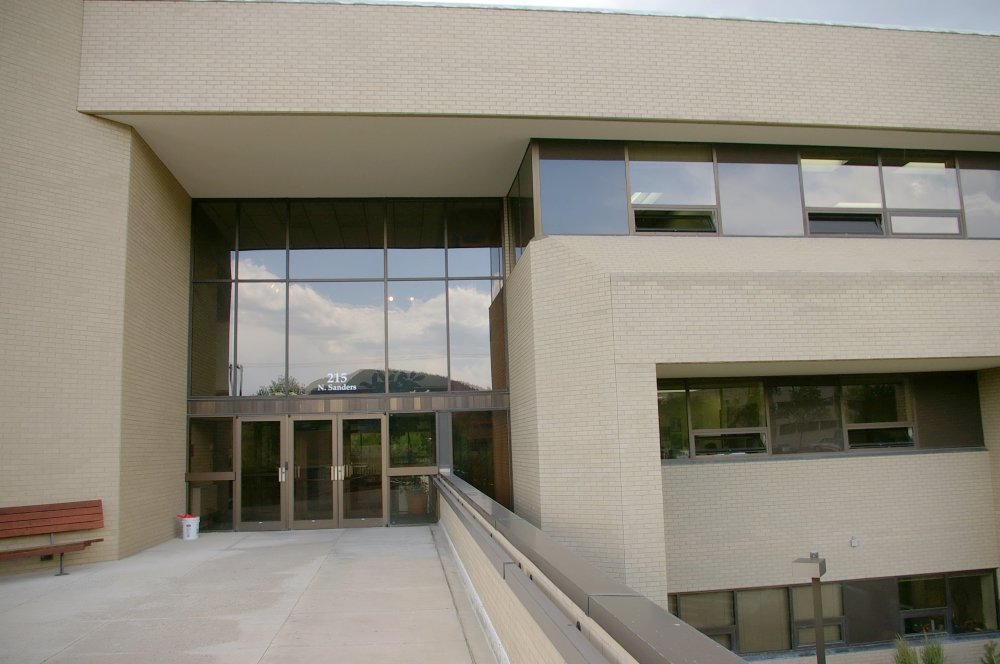 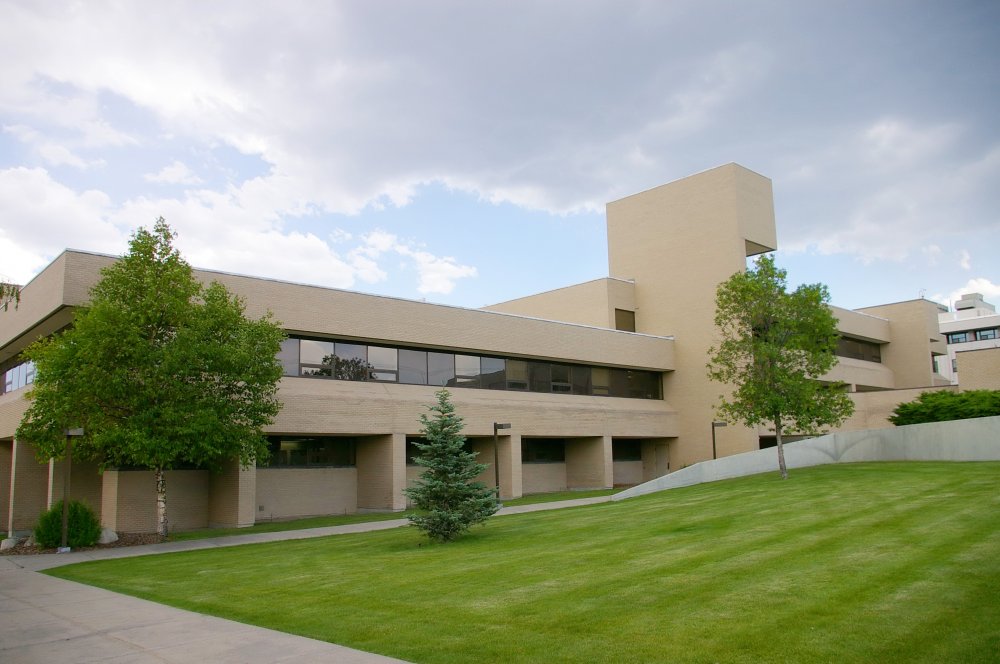 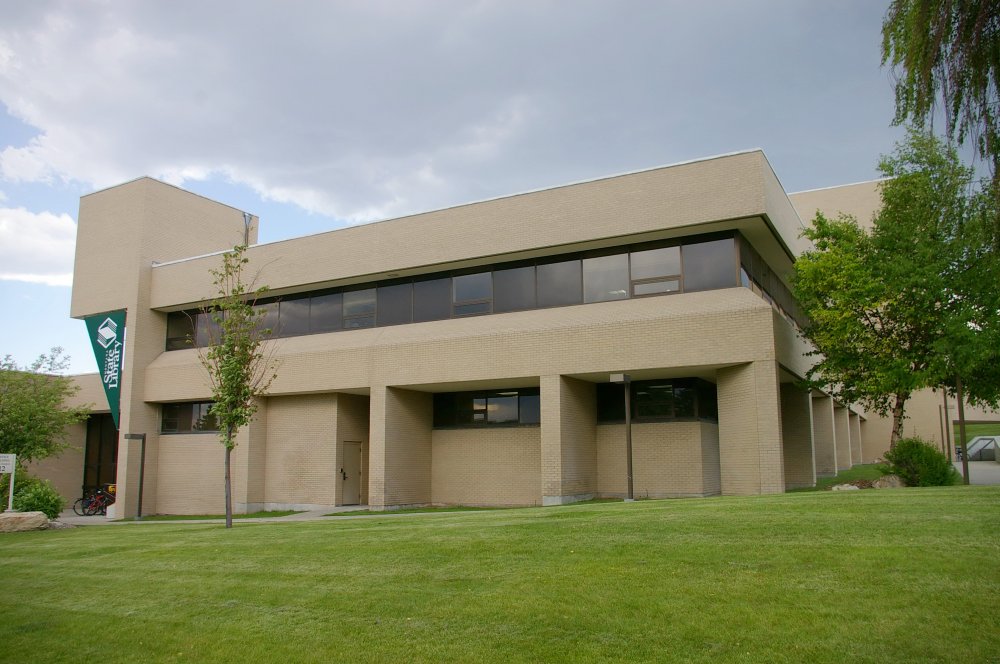 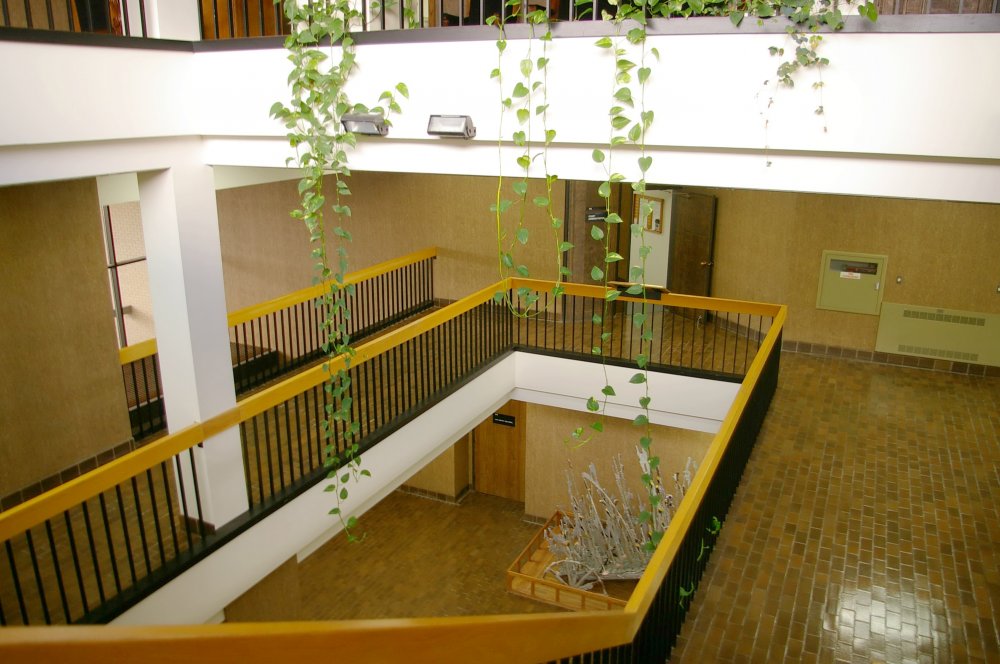 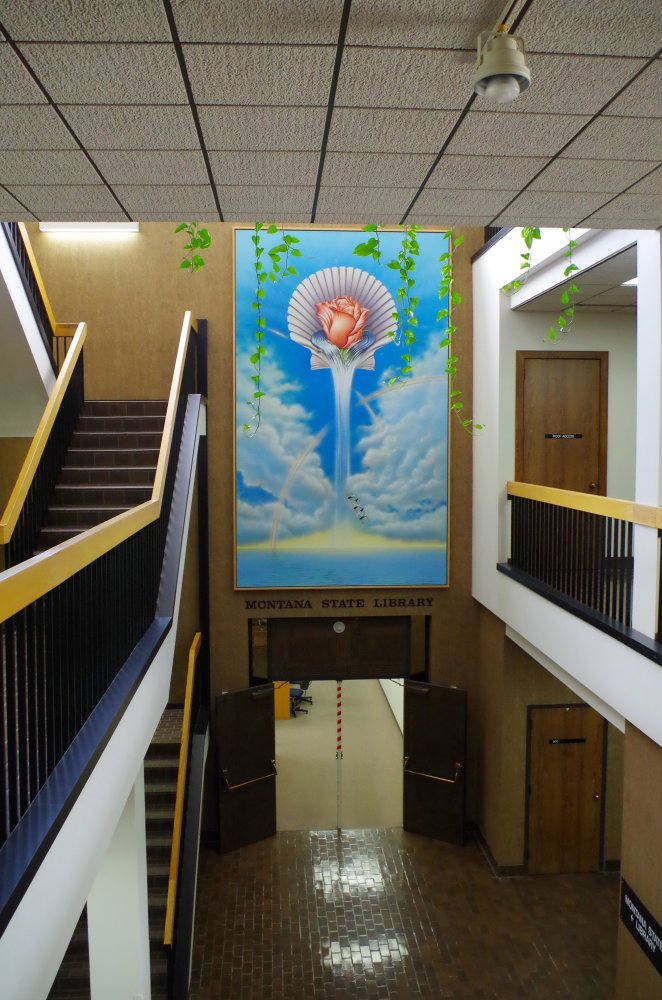 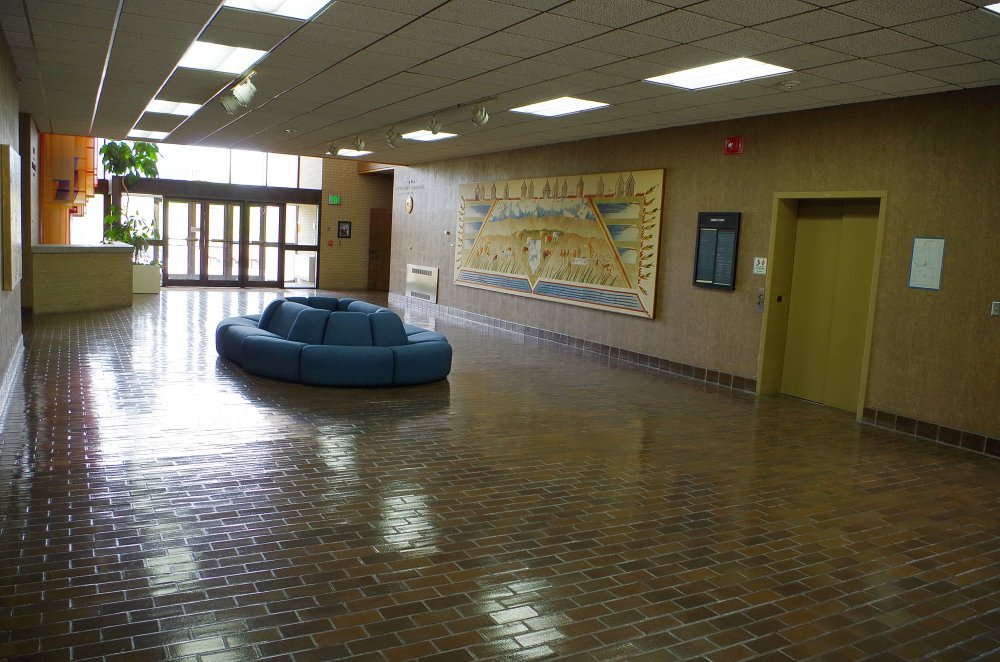