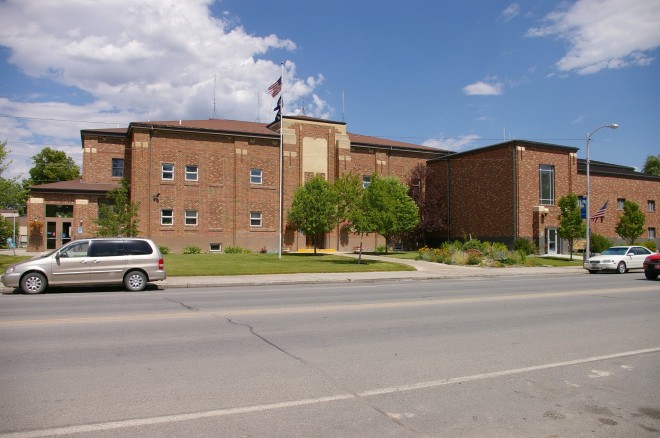 Broadwater County is named for Charles A Broadwater, who was a pioneer in the area and s colonel in the United States Army.

Description:  The building faces southeast and is a two story red colored brick and concrete structure. The building is located on landscaped grounds in the center of Townsend. The center of the building has a projecting entrance section which rises above the roof line. The roof is hipped. In the interior, the courtroom is located on the east side of the second story. The building houses the County District Court of the 1st Judicial District and County Justice Court. On the northeast side is the Annex constructed in 2005 to 2006 along the northeast side.

History:  The county was created in 1897 and Townsend was selected as the county seat.  The first courthouse and jail were built by Henry Neill in 1897 to 1898. The second and present courthouse was constructed in 1935 to 1936. A new jail was constructed at the same time and was replaced in 2005 to 2996. 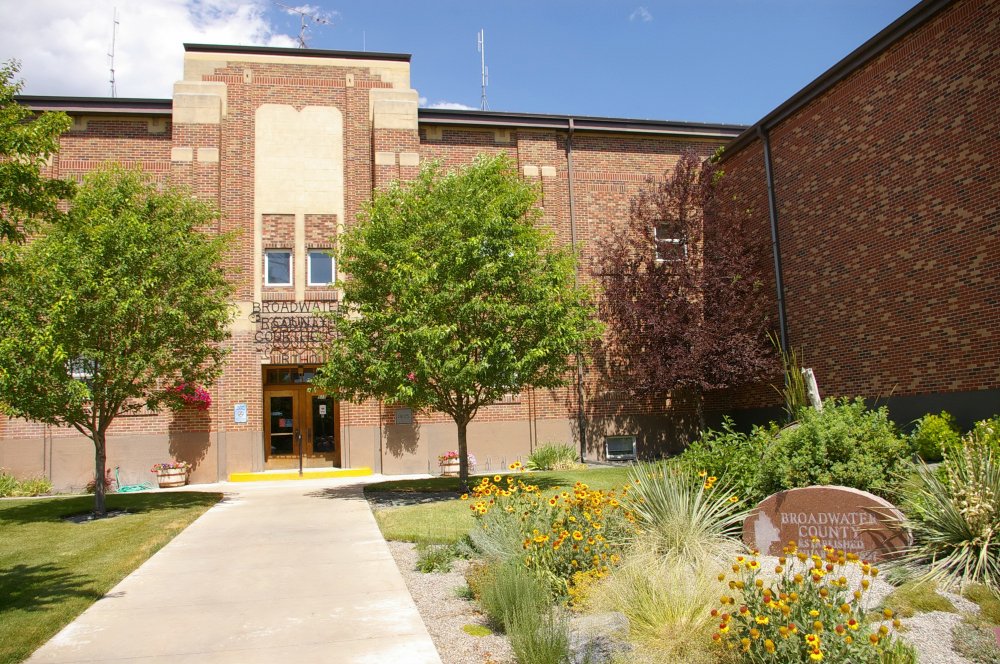 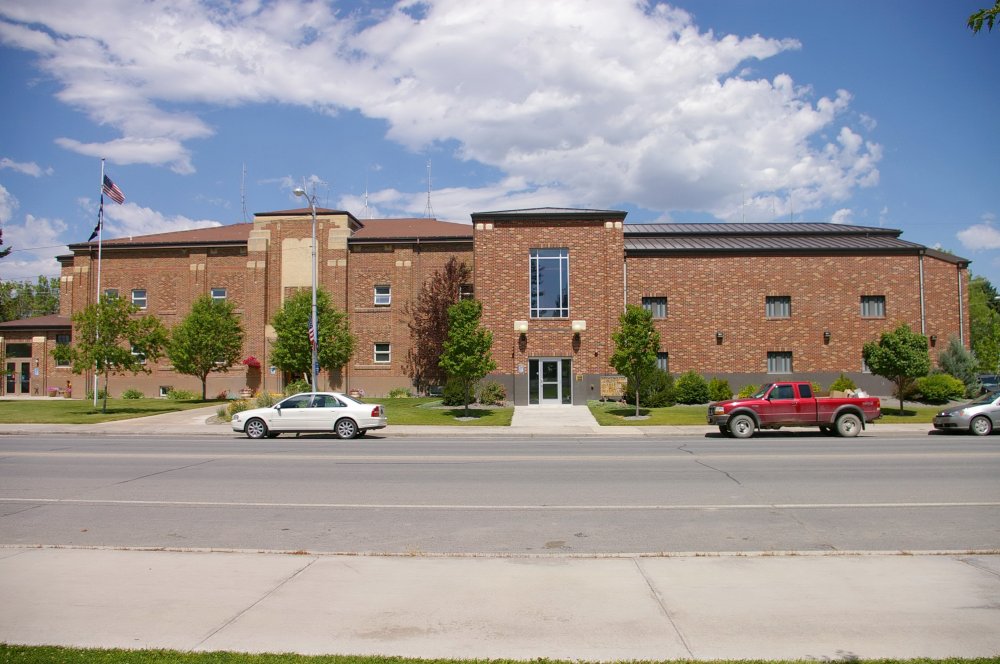 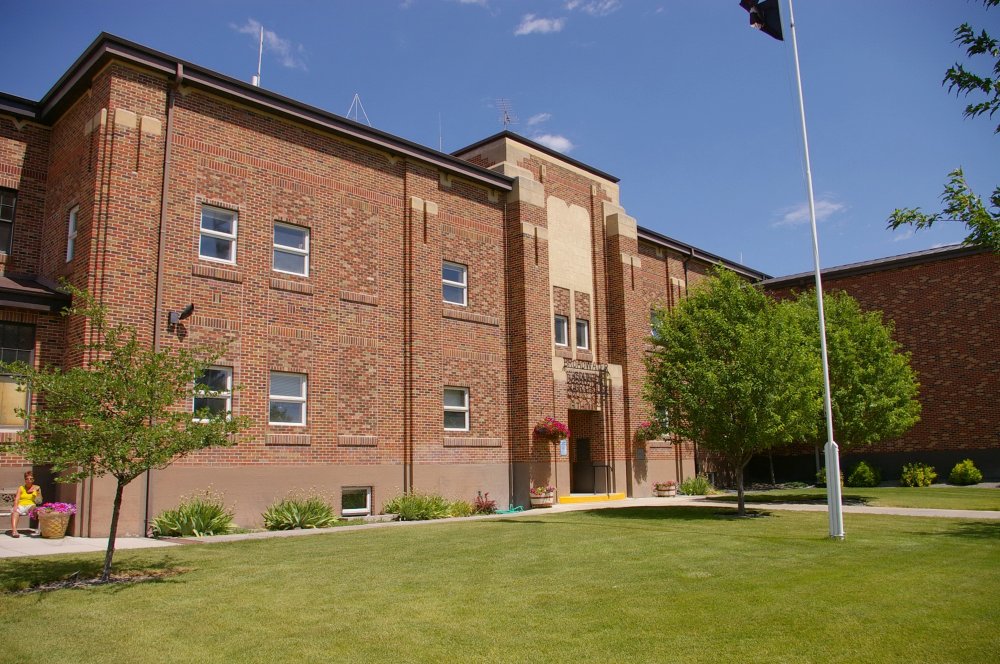 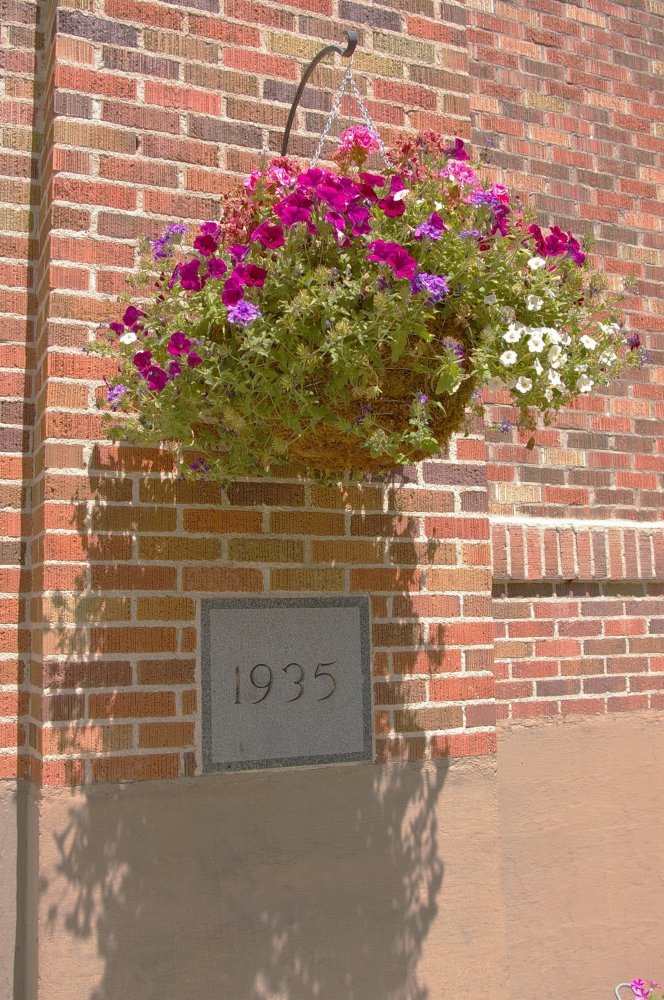 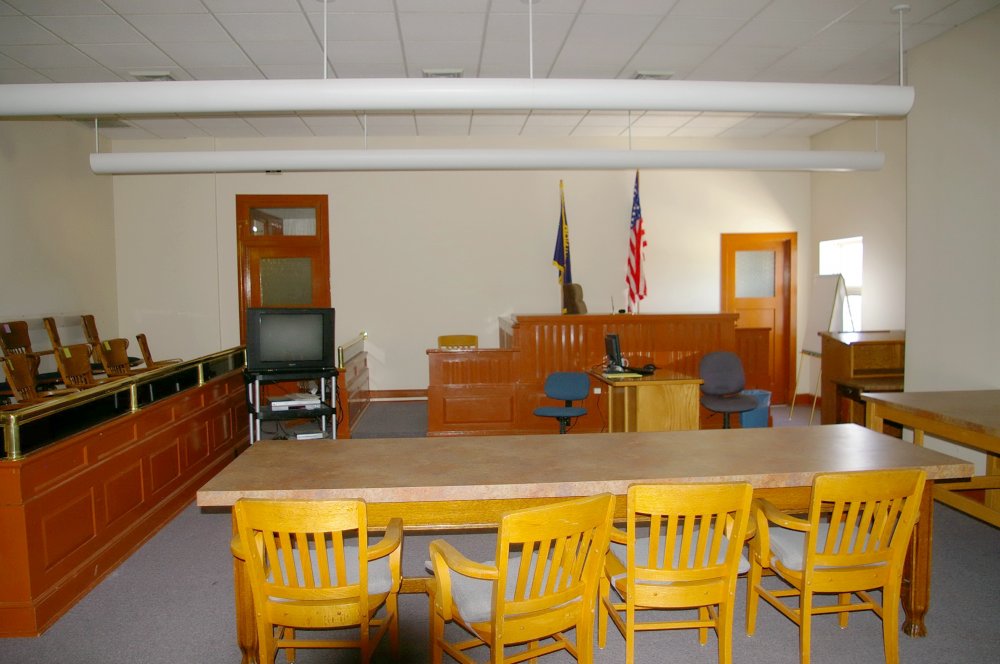 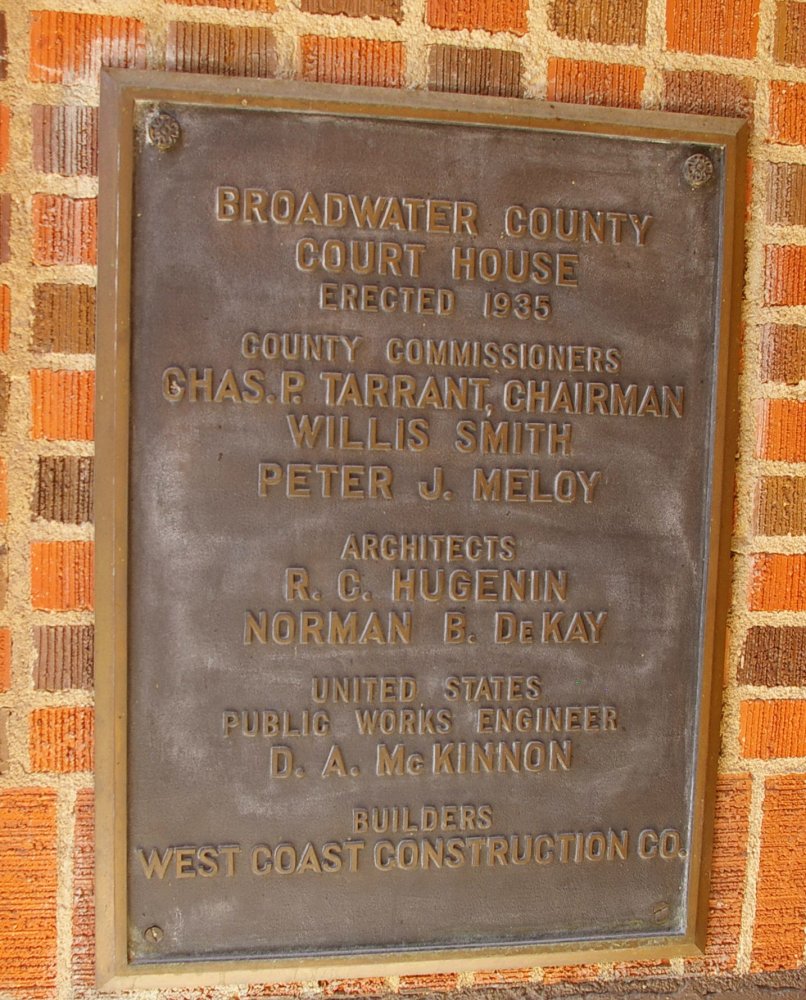 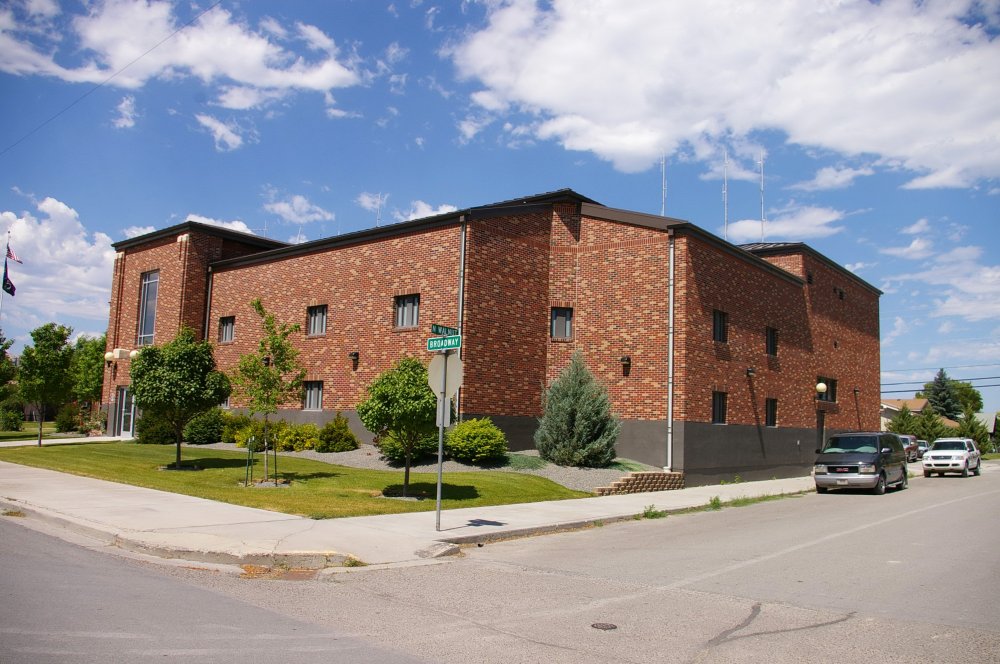 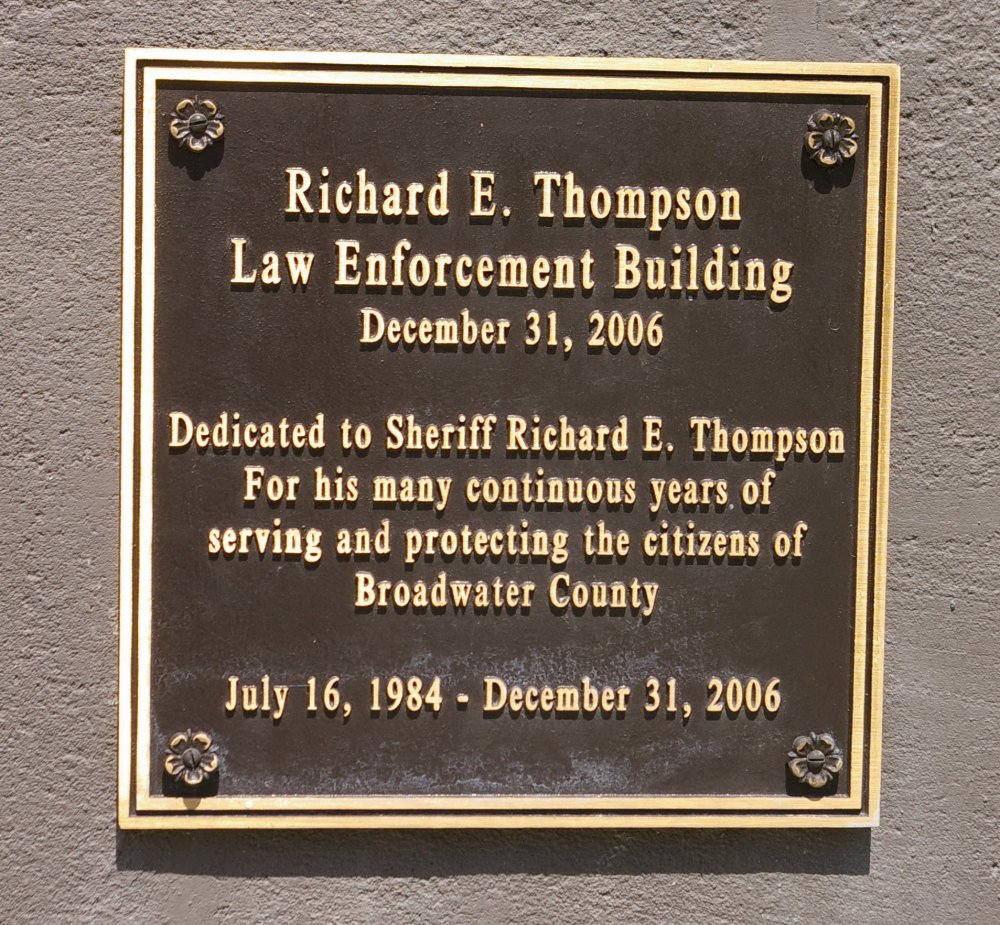