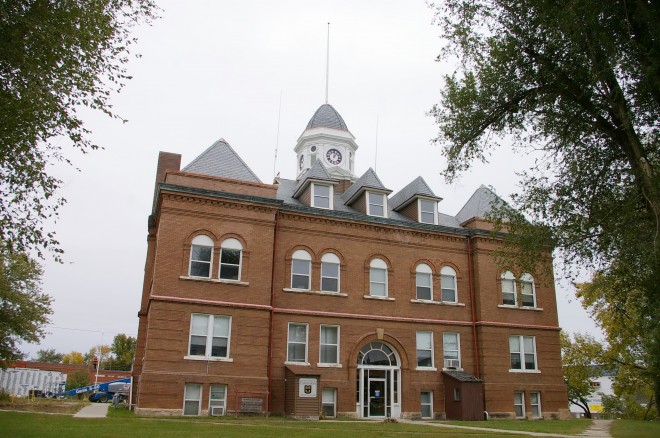 Worth County is named for William Jenkins Worth, who was a soldier in the Florida War and a general in the Mexican-American War.

Description:  The building faces south and is a two story red colored brick and stone structure. The building is located on landscaped grounds in the center of Grant City. Built of hard red colored brick, the building has a large square tower with peaked roof at each corner with stone rim and measures 71 by 80 feet. The south front has a one story centre projection with three arches and balcony on the second story. There are dormer windows at the roof line on the third story. In the center of the building is an octagonal white colored cupola with white colored dome with conical roof.

Note:  The court awarded the building contract to Stansberry Press Brick Company for $19,360. Heating and plumbing contracts amounted to $1,929. 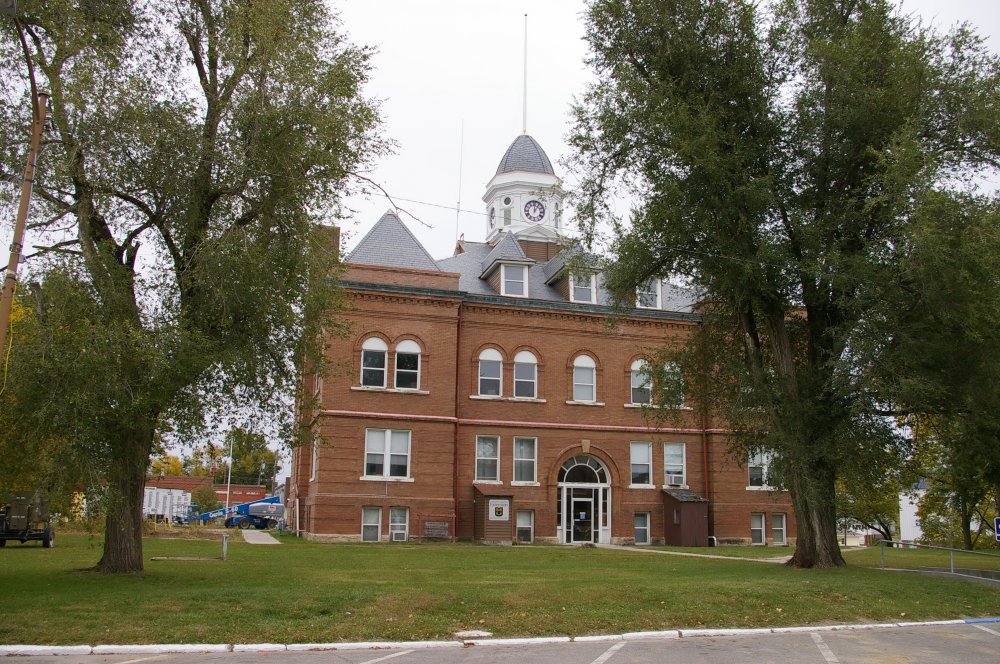 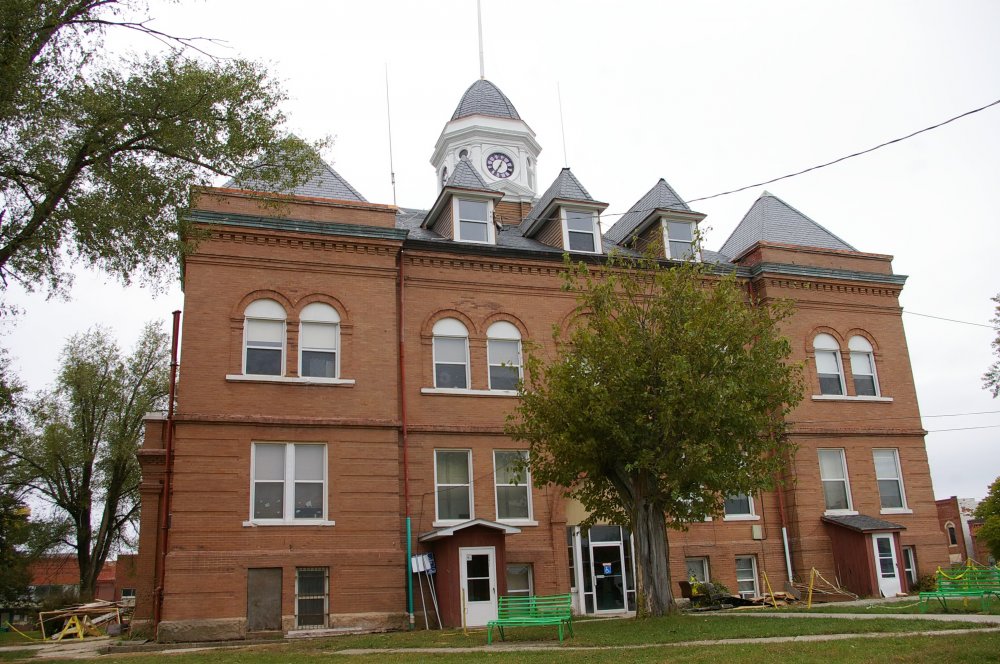 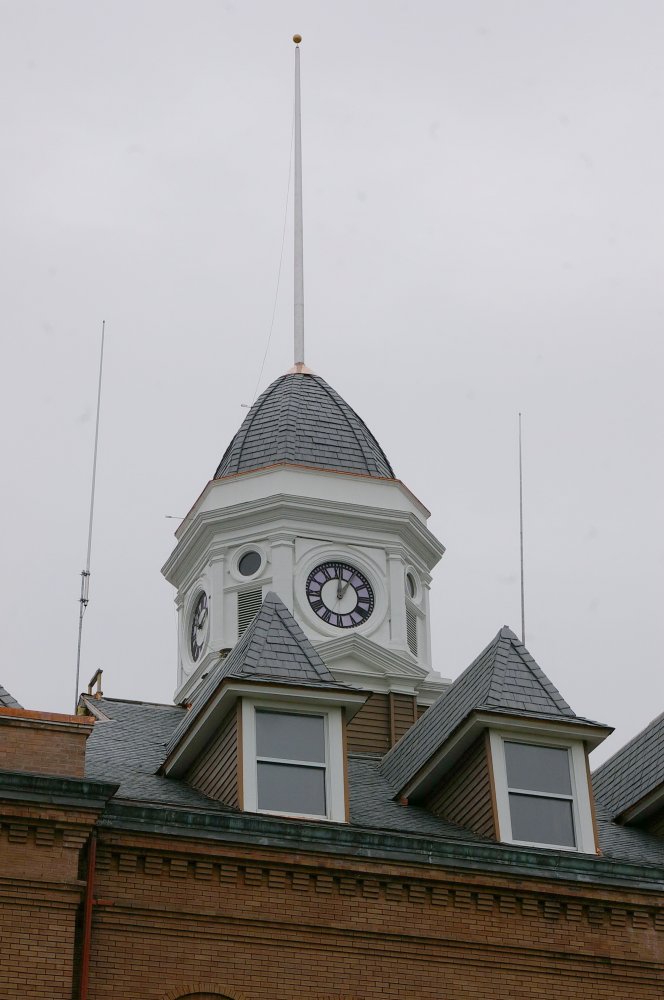 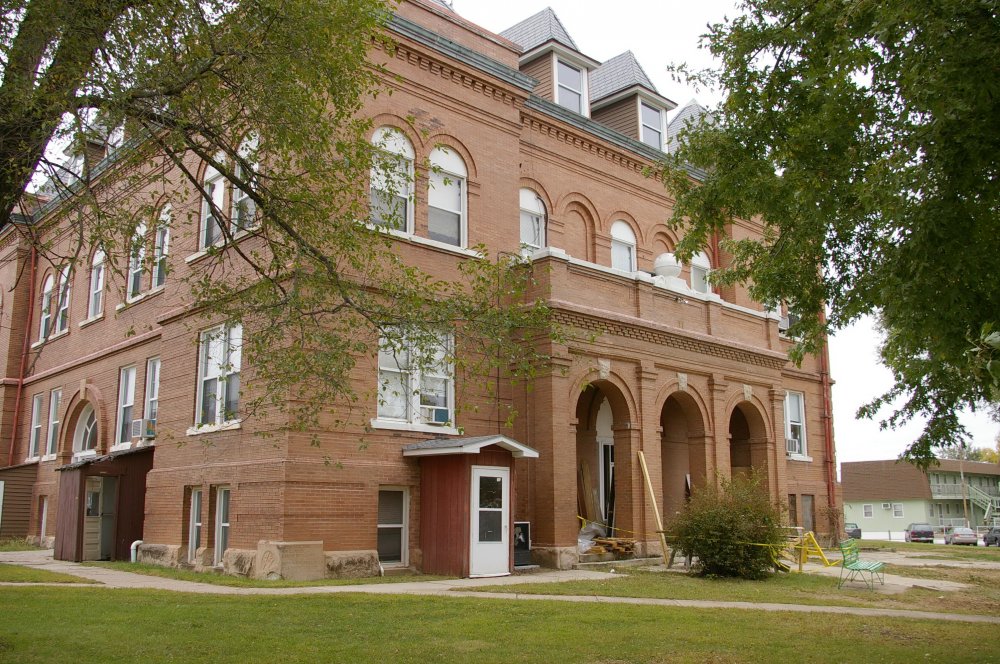 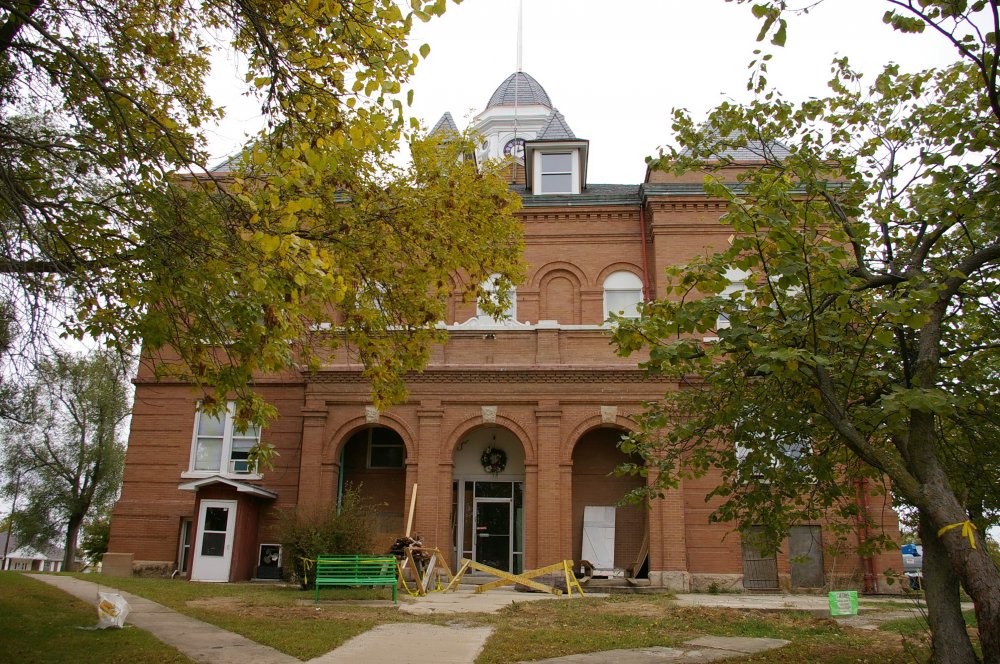 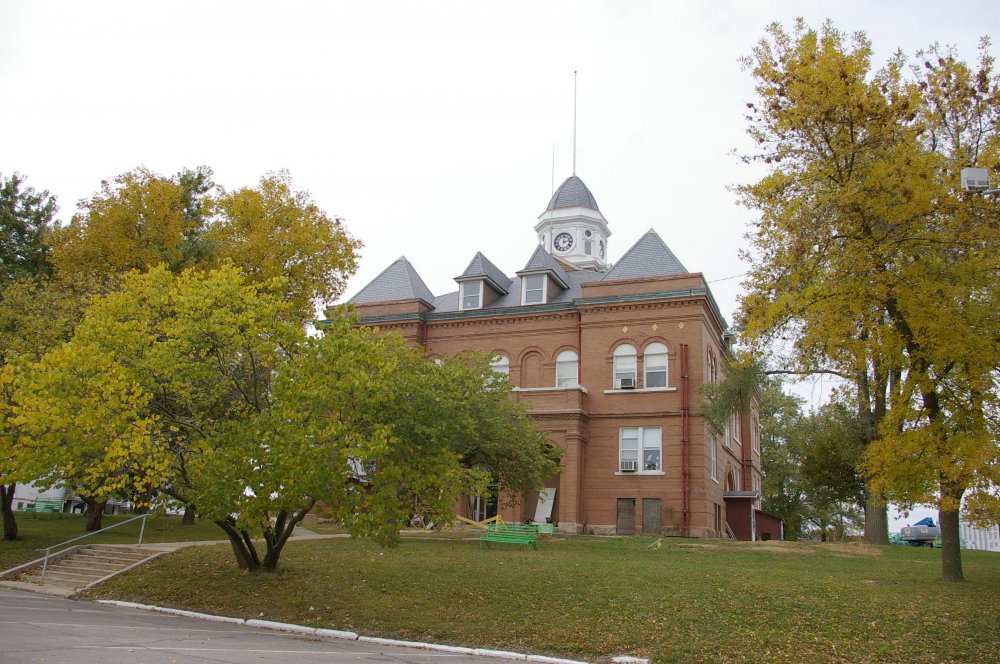