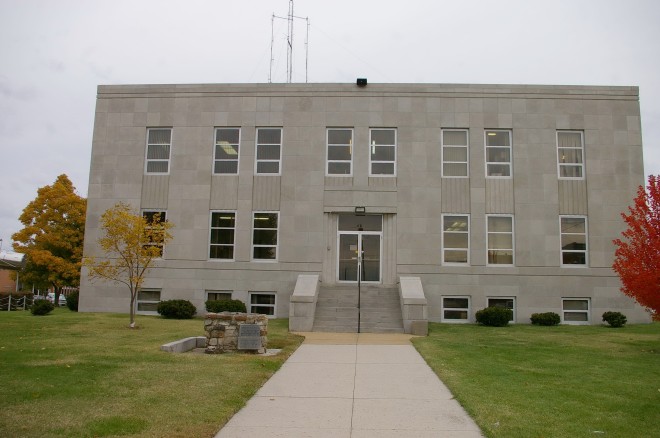 Contractor:  Earl Hawkins of Springfield under the Work Projects Administration and the WPA Engineer was L J McAdams.

Description: The building faces south and is a three story Carthage stone and concrete structure. The building faces south and was completed in 1941. The building is located on the landscaped grounds of the Courthouse Square in the center of Marshfield. The west front has a central entrance on the first story and the center section rises higher than the north and south wings. The windows are vertical and the roof line is flat. This was a Work Projects Administration project.

Description: The building faces southwest and is a two story red colored brick and concrete structure. The building is located in the center of Marshfield on the northeast side of the courthouse. The southwest front has a glass paneled entrance on the first story and large window above on the second story. Above, a large clock rises above the flat roof line. On the south side is an arcade on the first story. The courtroom is located on the second story. 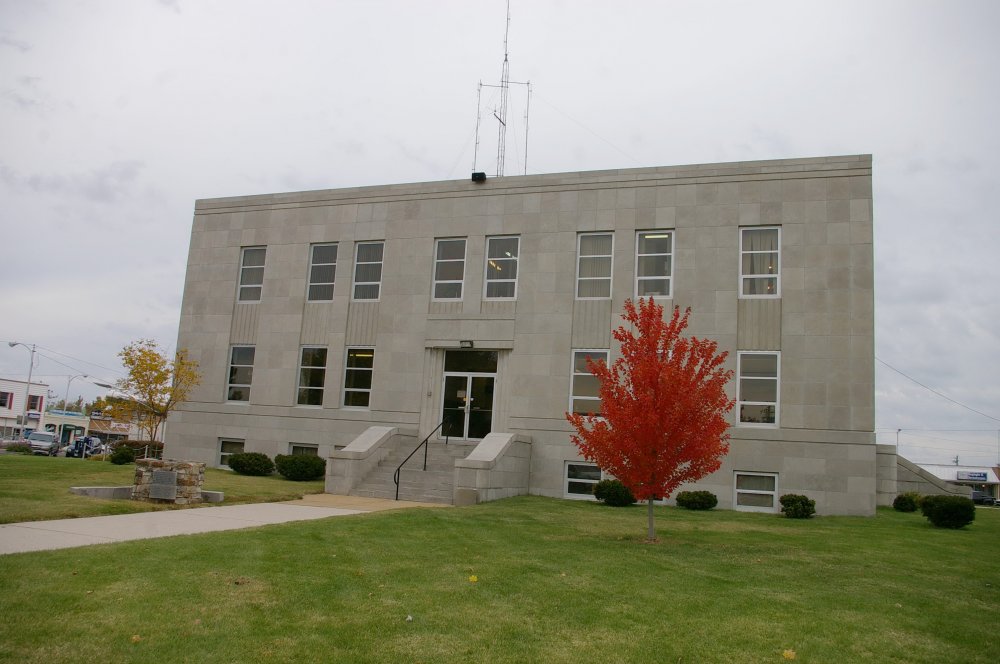 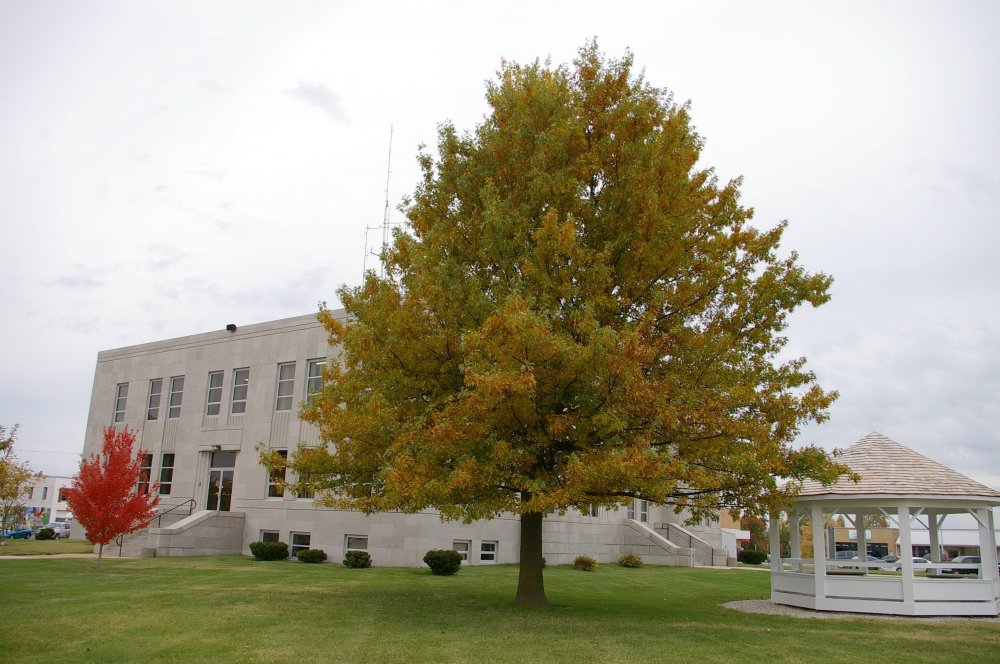 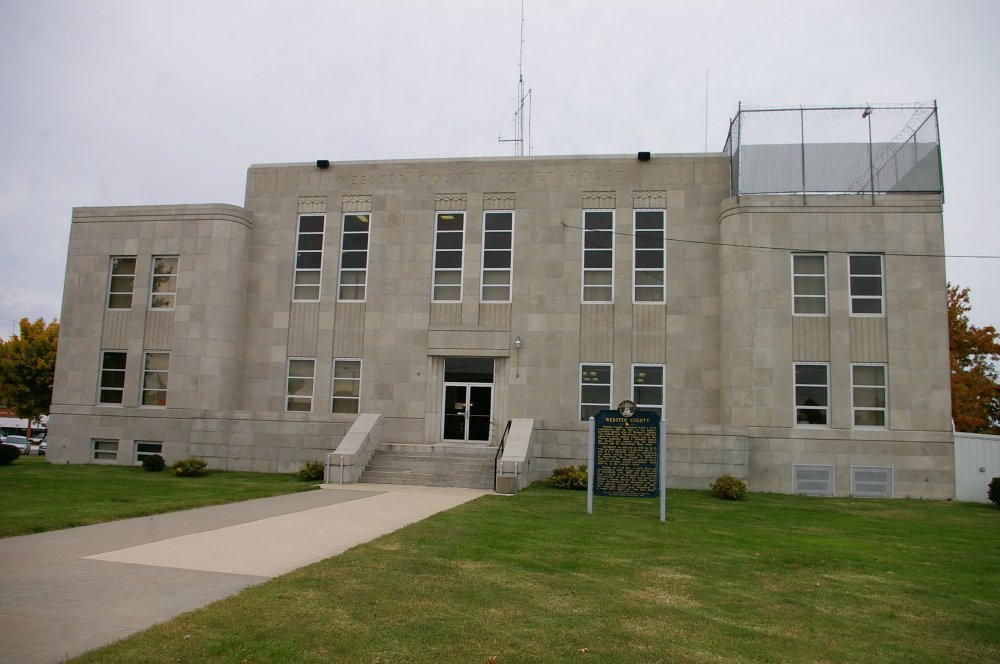 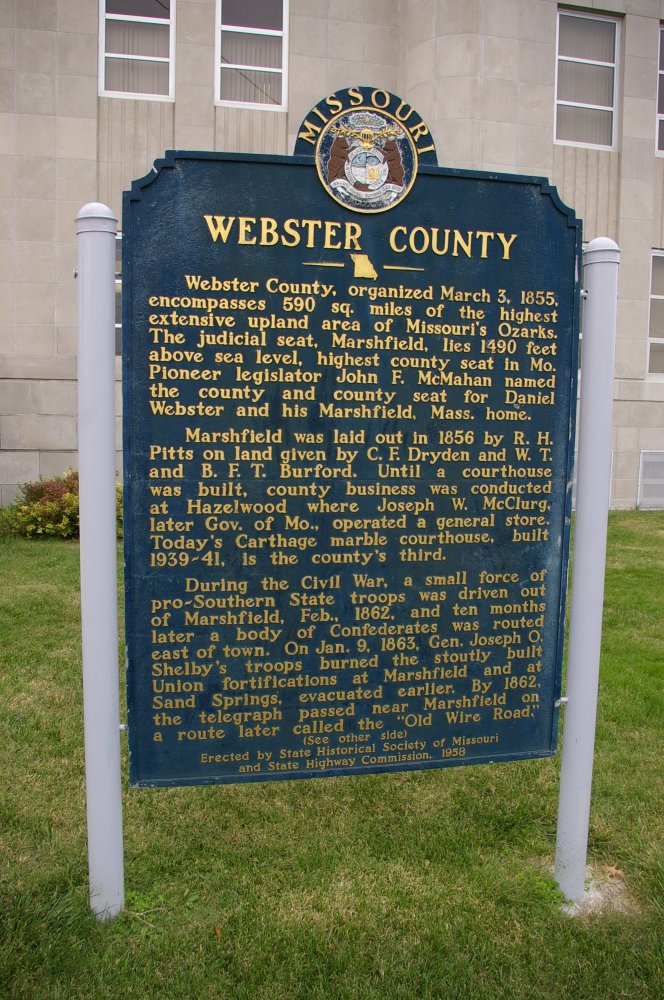 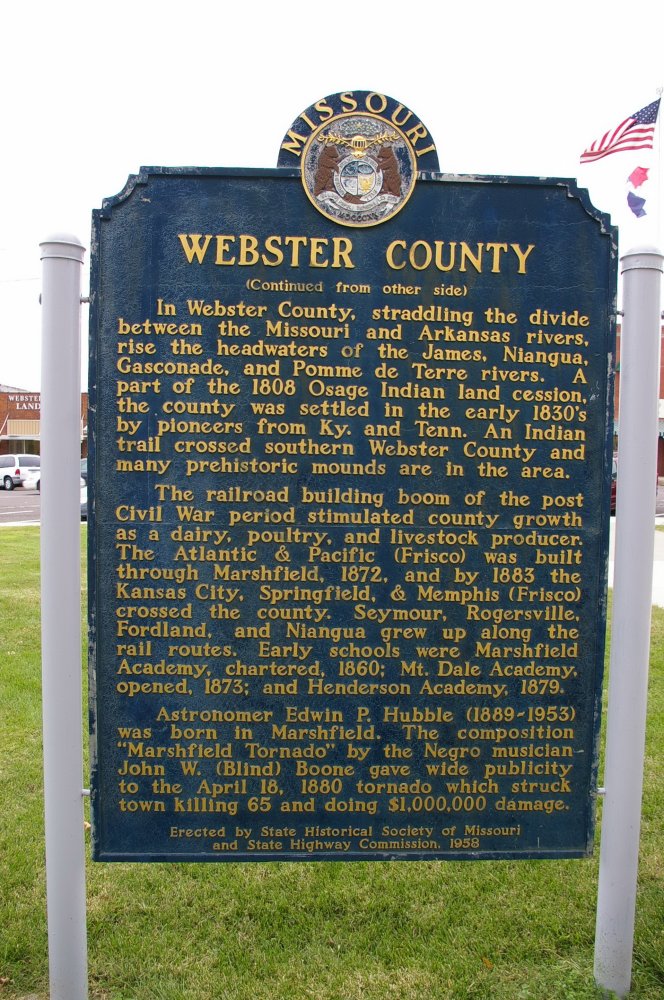