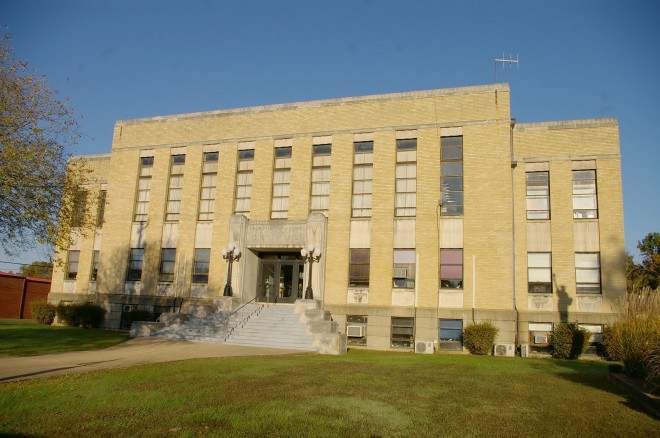 Description:  The building faces southeast and is a three story buff colored brick, stone and concrete structure. The southeast front has a projecting center section with narrow vertical brick divisions between the vertical windows. The entrance is framed with stone. There are east and west wings. The roof line is flat. This was a Works Projects Administration project. 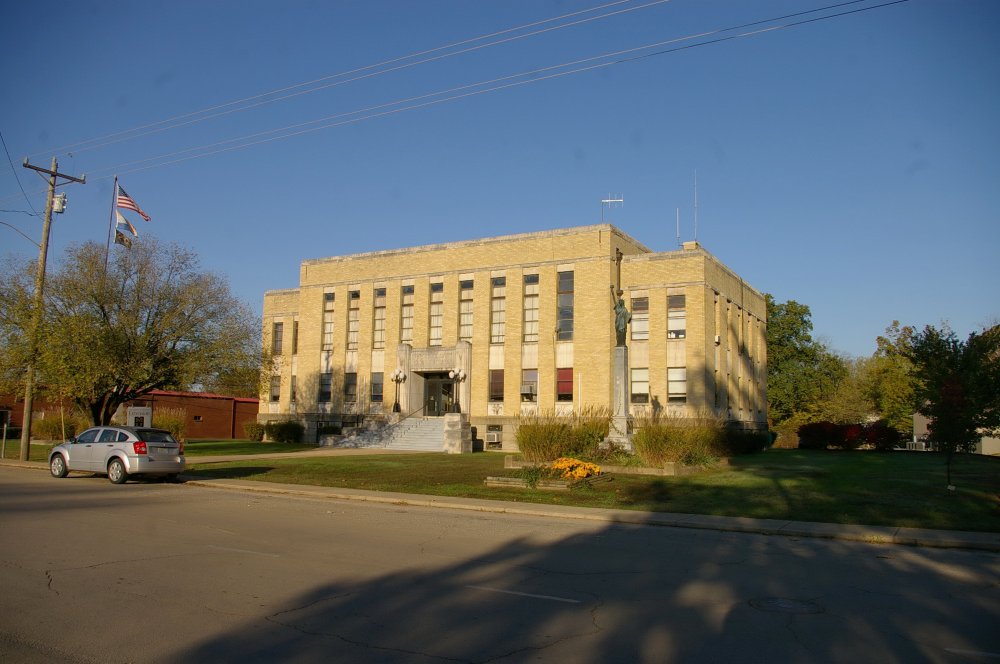 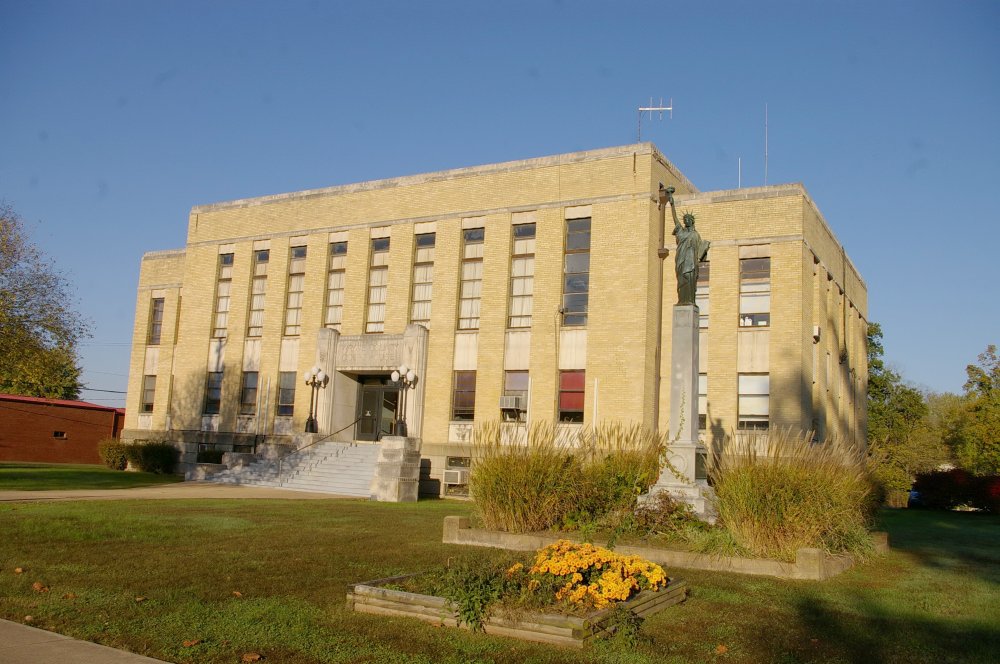 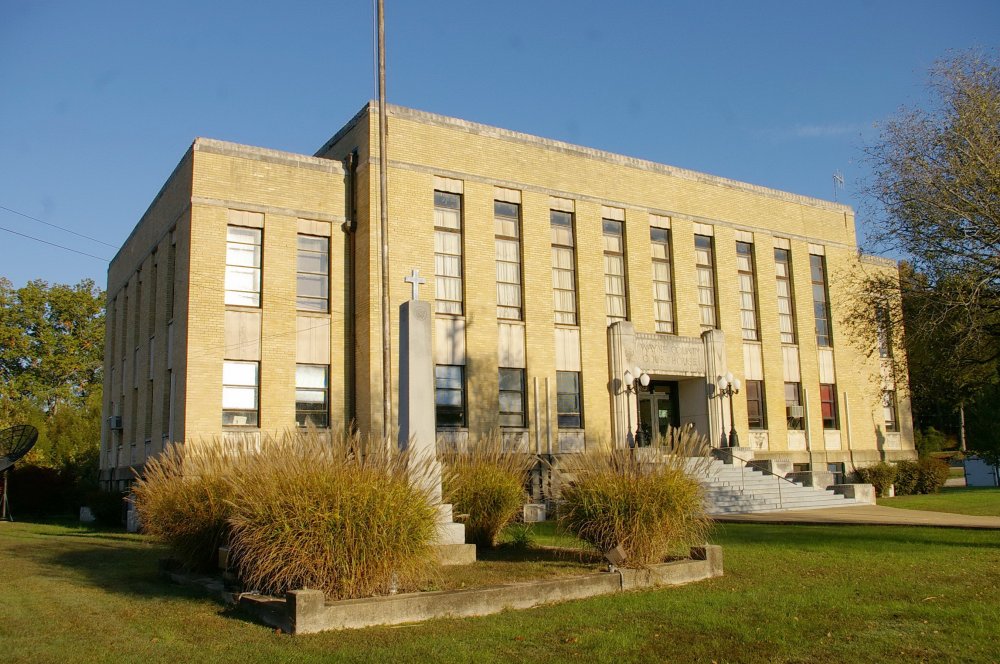 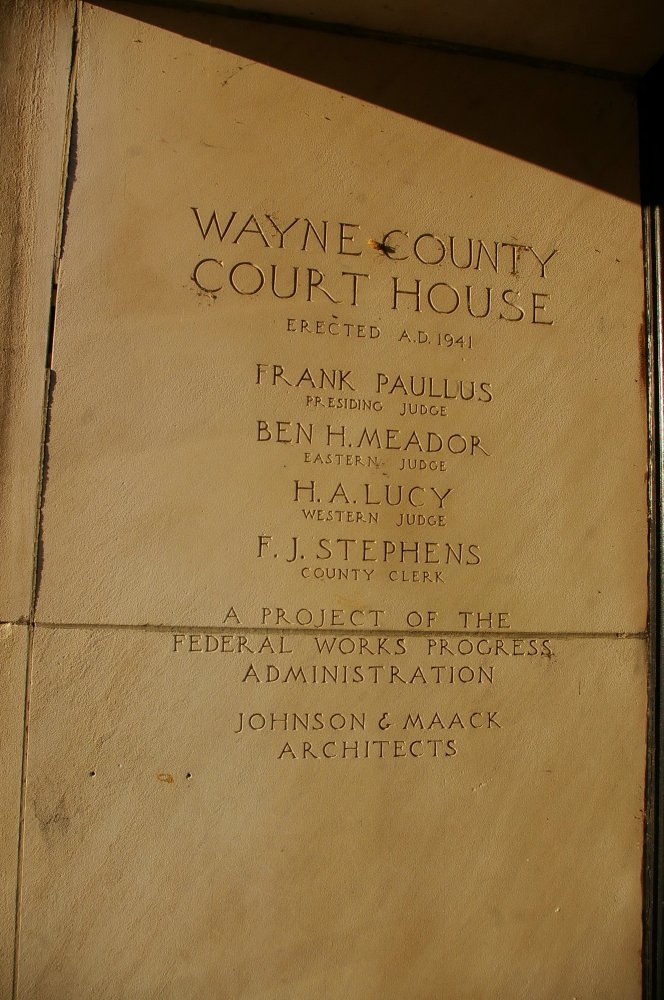