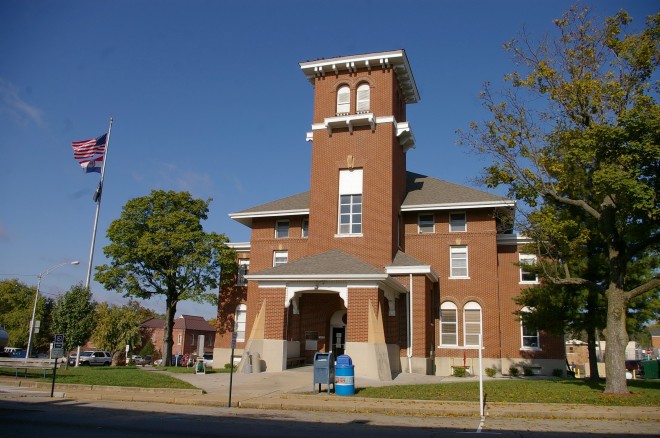 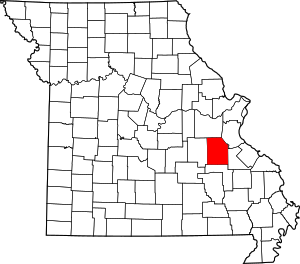 Description:  The building faces southeast and is a three story red colored brick, stone and concrete structure. The building is located on landscaped grounds in the center of Potosi. The southeast front has a porch supported by brick pillars with peaked roof. Behind the porch, rises a five story tower with vertical window and arched windows at the top. There are north and south lower wings. The roof is hipped. The courtroom is located on the second story with balcony on the third story.

History:  The county was created in 1813 and Potosi was selected as the county seat. The first courthouse was a two story stone and brick structure built by Nehemiah Cravens in 1814 to 1815 at a cost of $5,595. Cravens defaulted on the contract other workmen were hired to complete the first story only. The building was razed in 1849. The second courthouse was a two story structure built by Henry Wright in 1849 to 1850 at a cost of $10,000 under the supervision of Matthew Webber, superintendent. In 1897 the courthouse was remodeled. The architect was A H Mitchell and the contractor was D N Porter and Son. The courthouse burned on January 9, 1907. The third and present courthouse was constructed in 1908 to 1909 at a cost of $30,000. 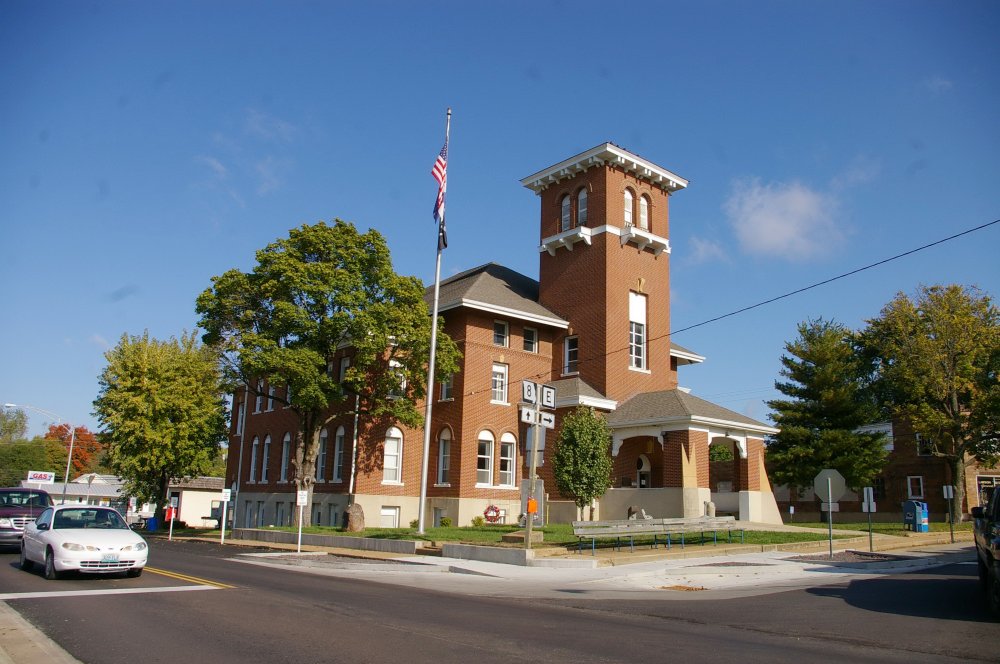 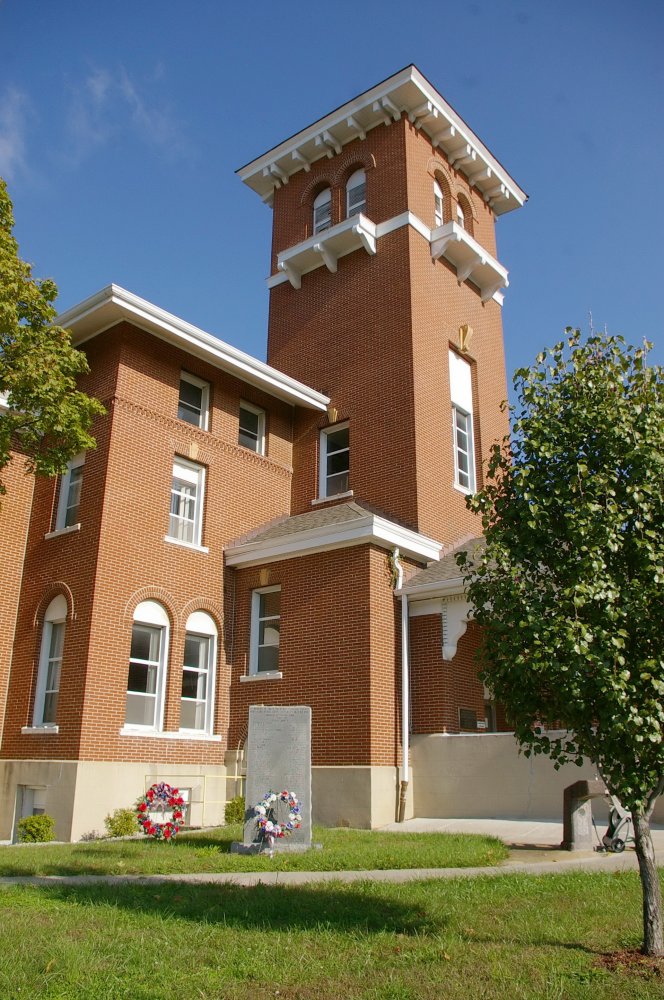 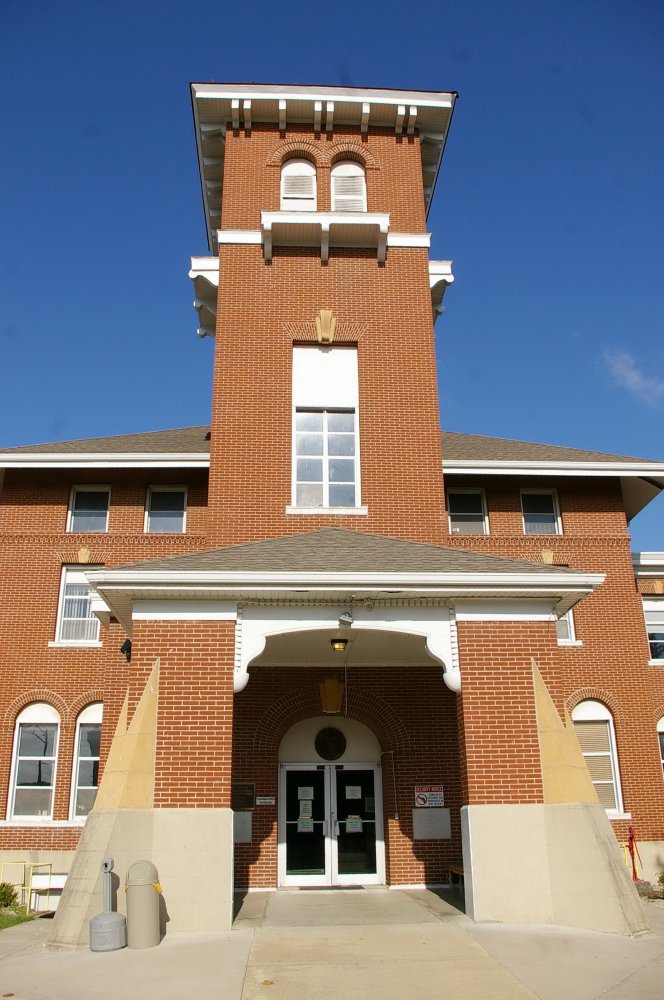 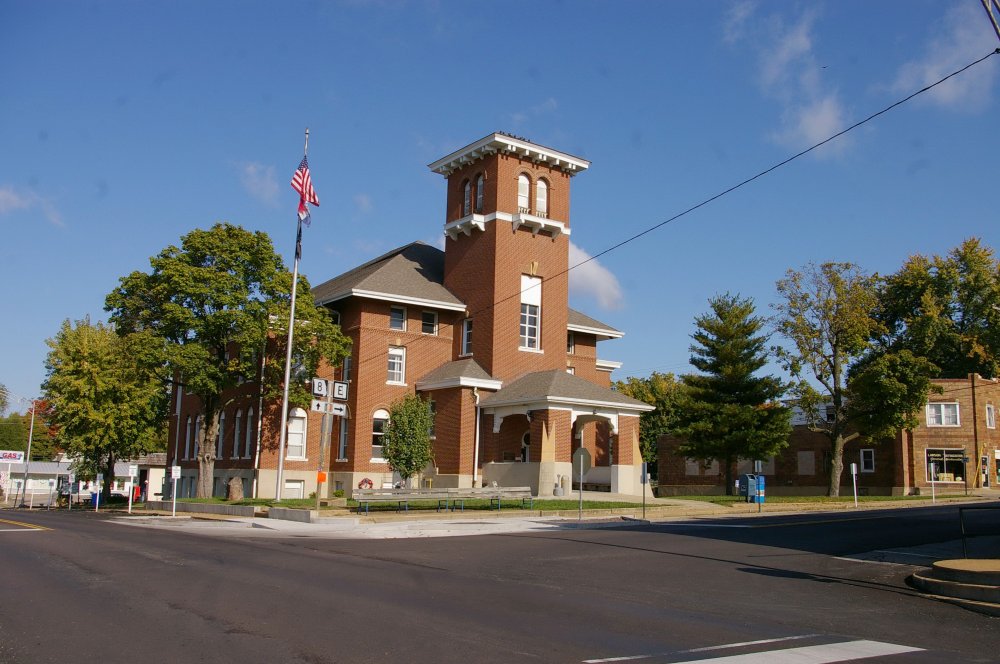 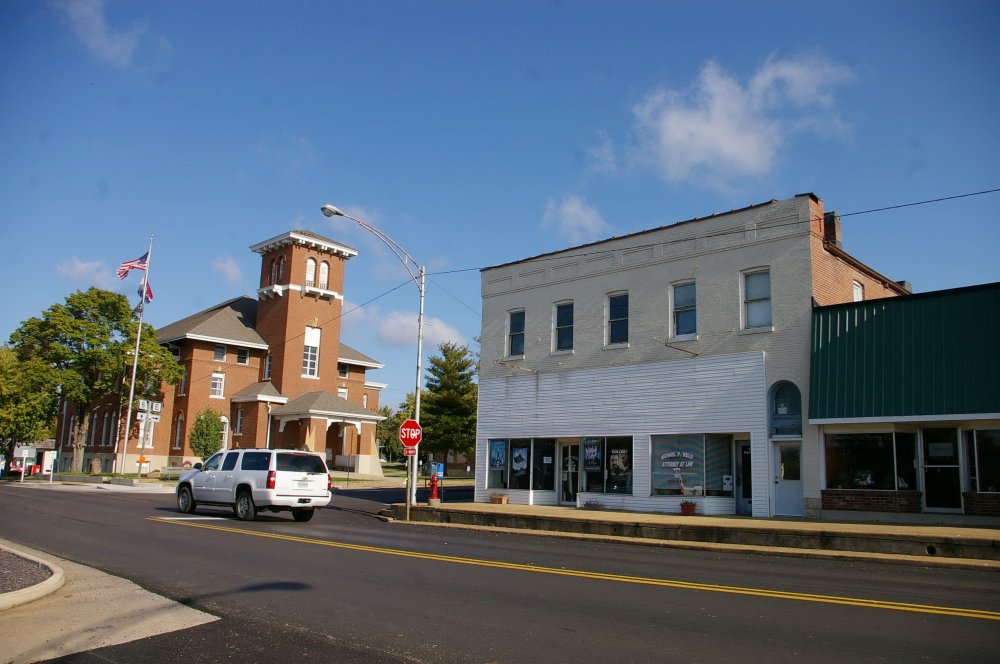 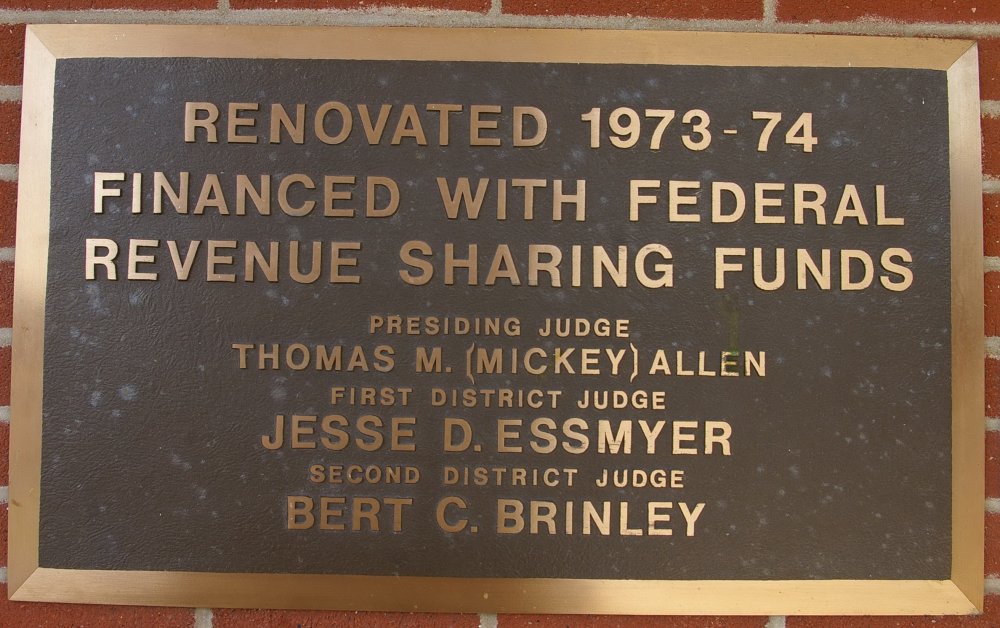