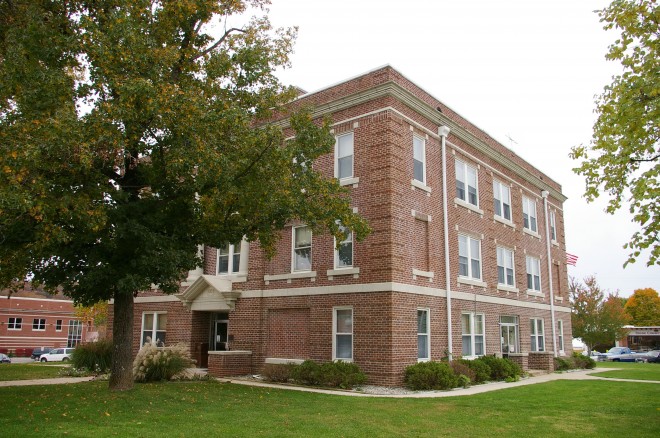 Stone County is named for William Stone, who was a pioneer and a judge of Taney County.

Description: The building faces east and is a three story red colored brick, stone and concrete structure. The building is located on the landscaped grounds of the Courthouse Square in the center of Galena and is 65 feet by 75 feet. The east front has a canopy over the first story entrance. Above are two Doric columns rising from the second story to the top of the third story. A horizontal band runs below the second story windows. A cornice runs below the flat roof line. The interior has a transverse hall plan at ground level which centers on a stairwell aligned on the structures north-south axis. Trim, consisting of dark-stained and varnished wooden baseboards, handrails, chair-rails and door and window surrounds, defines corners and wall surfaces. The courtroom is located on the third story. The building was renovated in 1984. The architect was Saul A Nuccitelli, Inc. and the contractor was Hoke Brothers Construction Company, Inc. 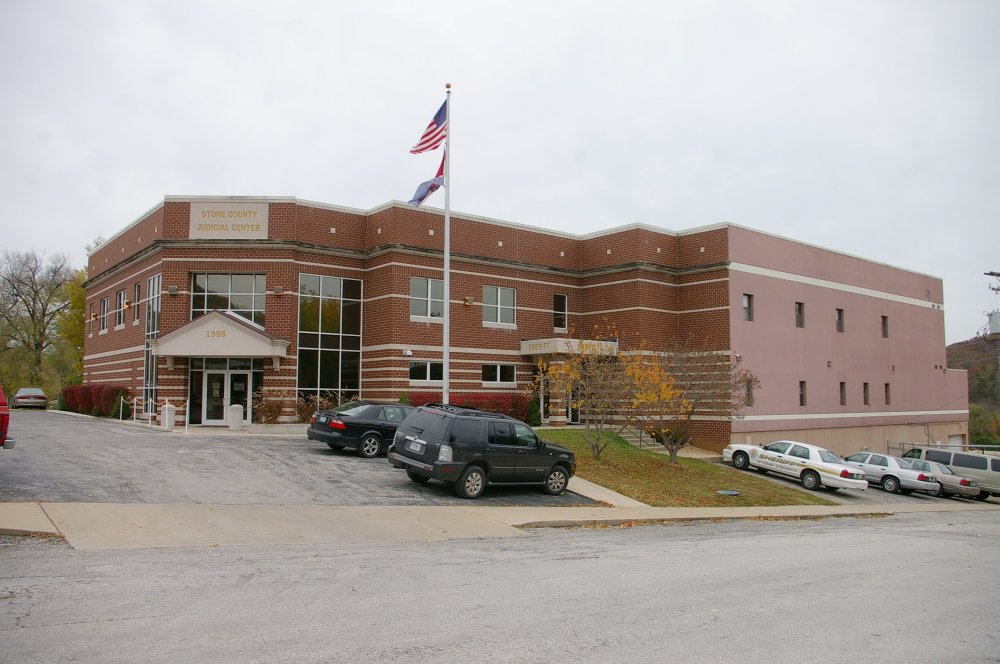 Description: The building faces southwest and is a two story red colored brick, stone and concrete structure. The building is located on landscaped grounds in the center of Galena on the east side of the courthouse. The southwest front has a canopy over the entrance with large window on the second story. There is a large twp story window on the east and north of the entrance. Horizontal white bands run across the lower part of the building. The roof line is flat. The building houses the County Circuit Court of the 39th Judicial Circuit.

History:  The county was created in 1851 and Galena was selected as the county seat in 1852. The first court met at the home of John B Williams in Cape Fair. In 1852 the county seat was established at Jamestown which was renamed as Galena. The first courthouse was built by John H Moore in 1853 at a cost of $376 under the supervision of Samuel D Nelson. The superintendent was Samuel D Nelson. The second courthouse was a two story frame structure built by Goodall and Bradshaw at a cost of $40000 in 1870 to 1874. The superintendent was Harry Baker and then W P Davenport. The third and present courthouse was constructed in 1920 to 1921 at a cost of $47,600. The County Judicial Center was constructed in 1997 to 1998. 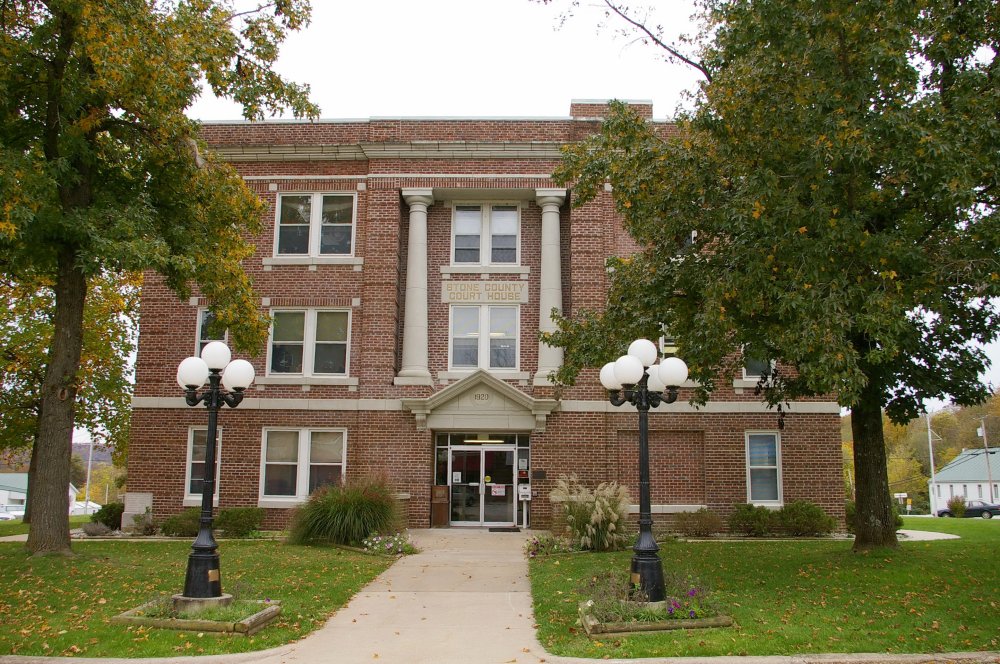 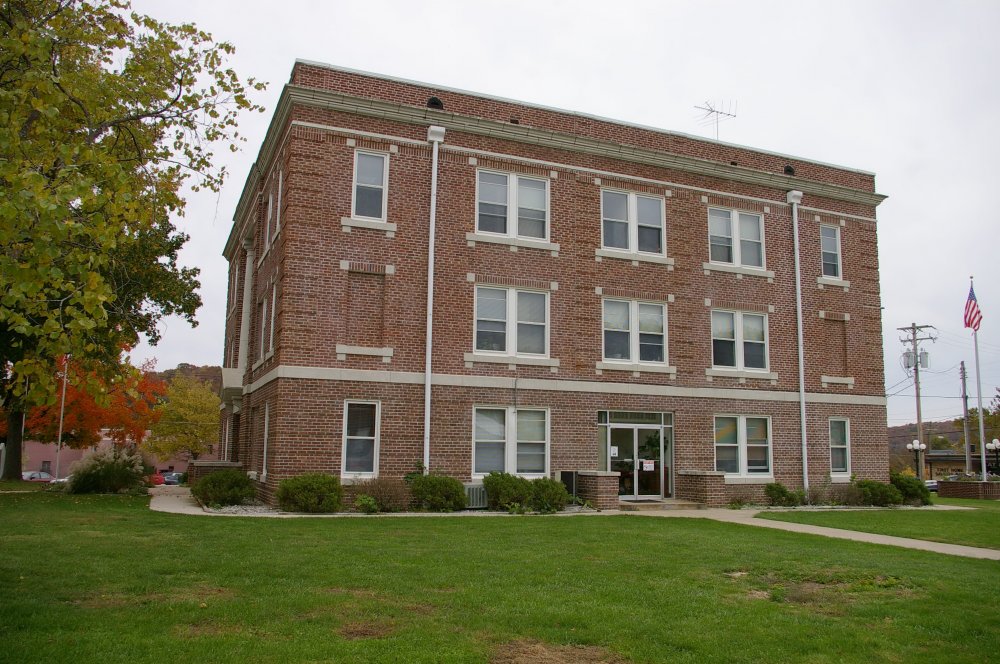 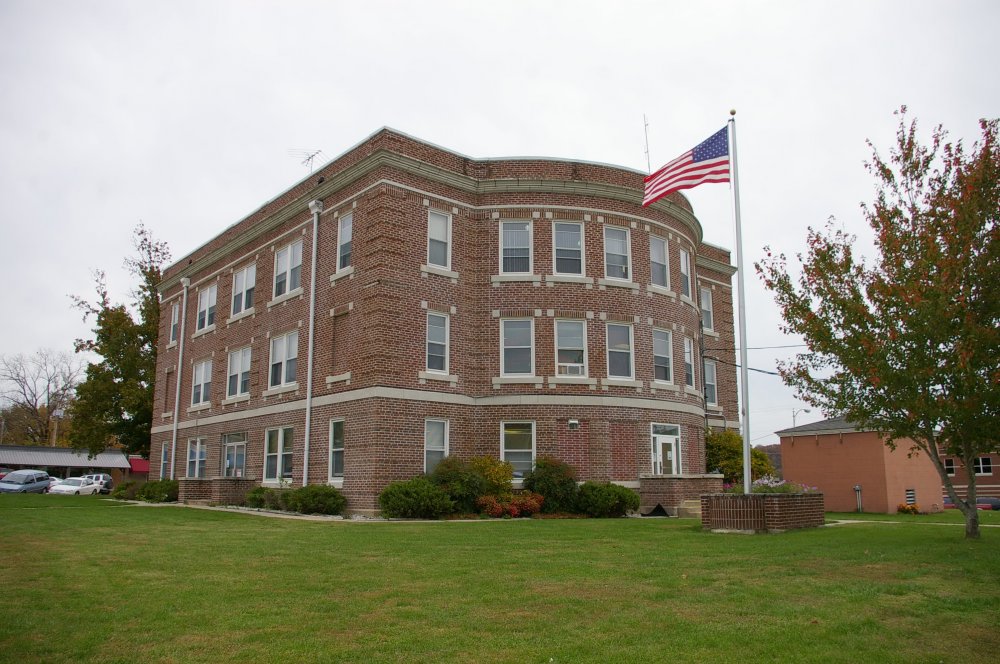 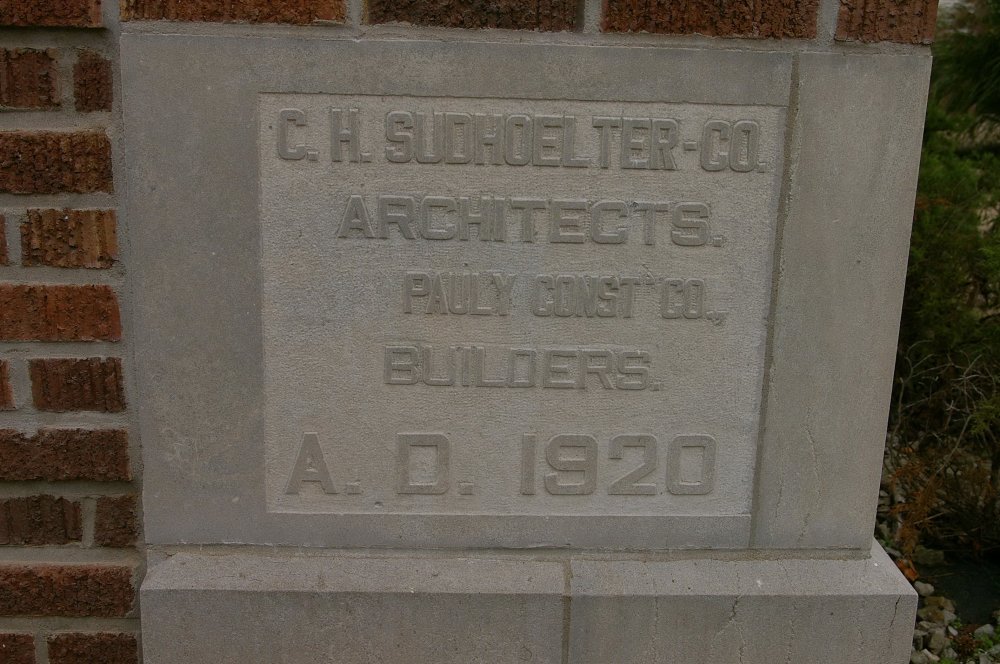 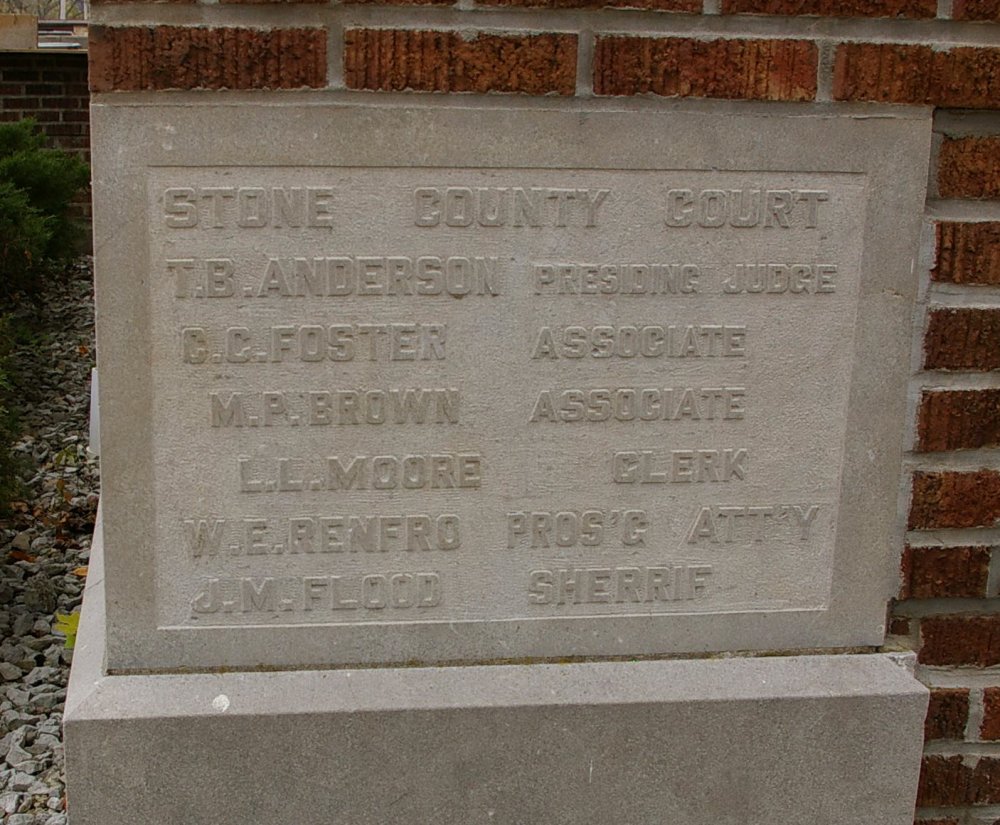 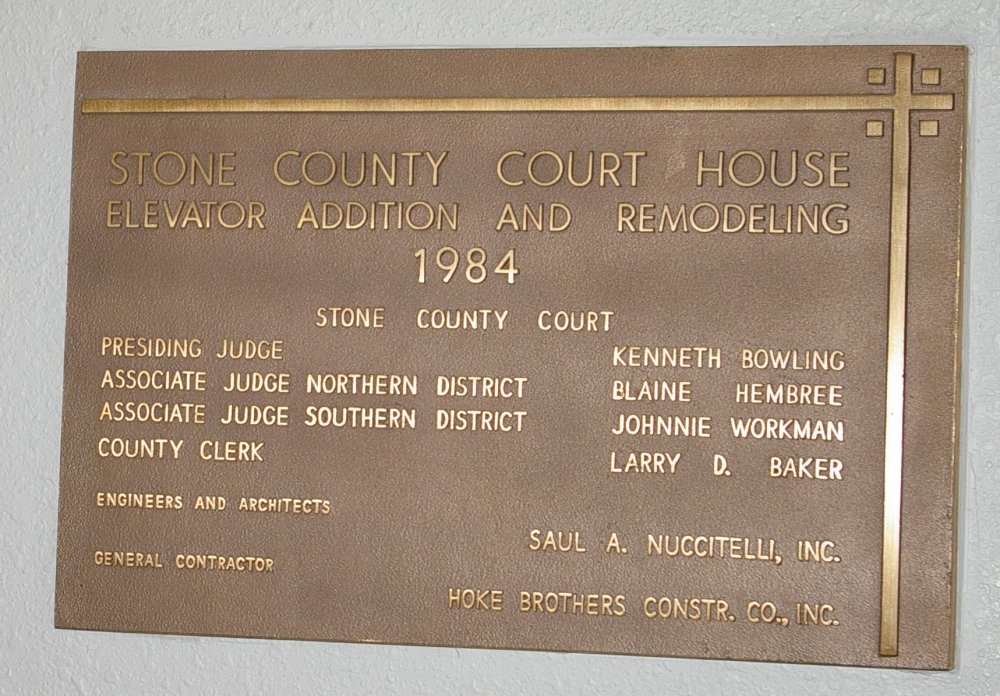 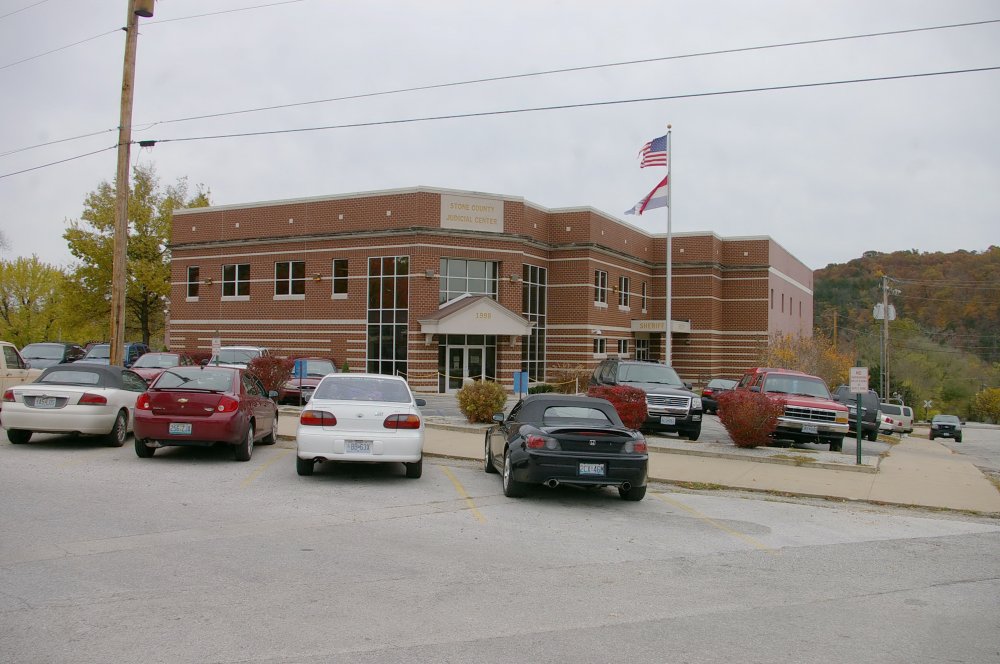 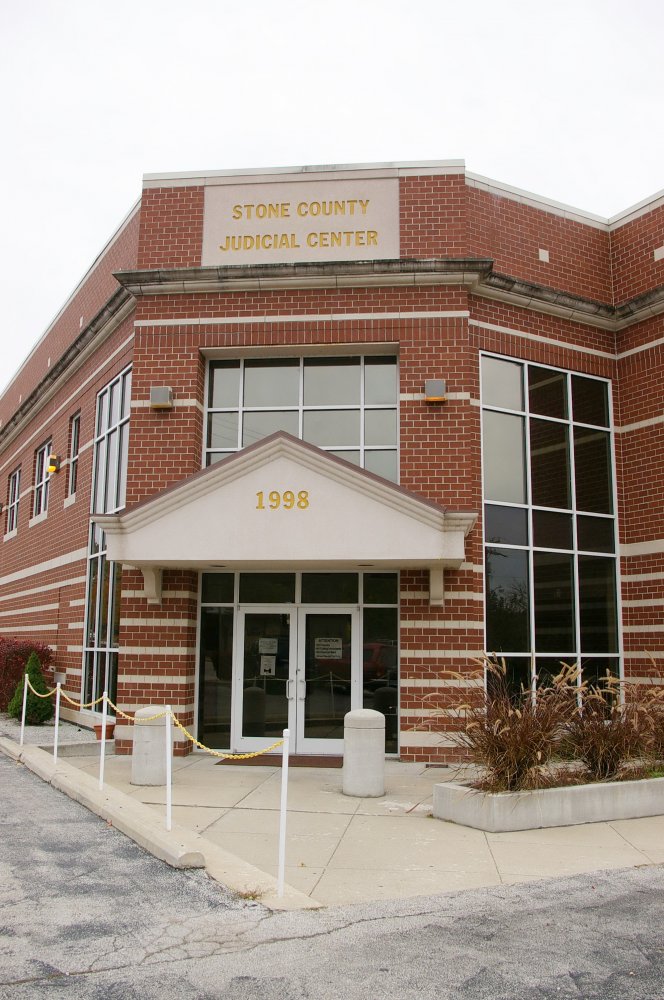 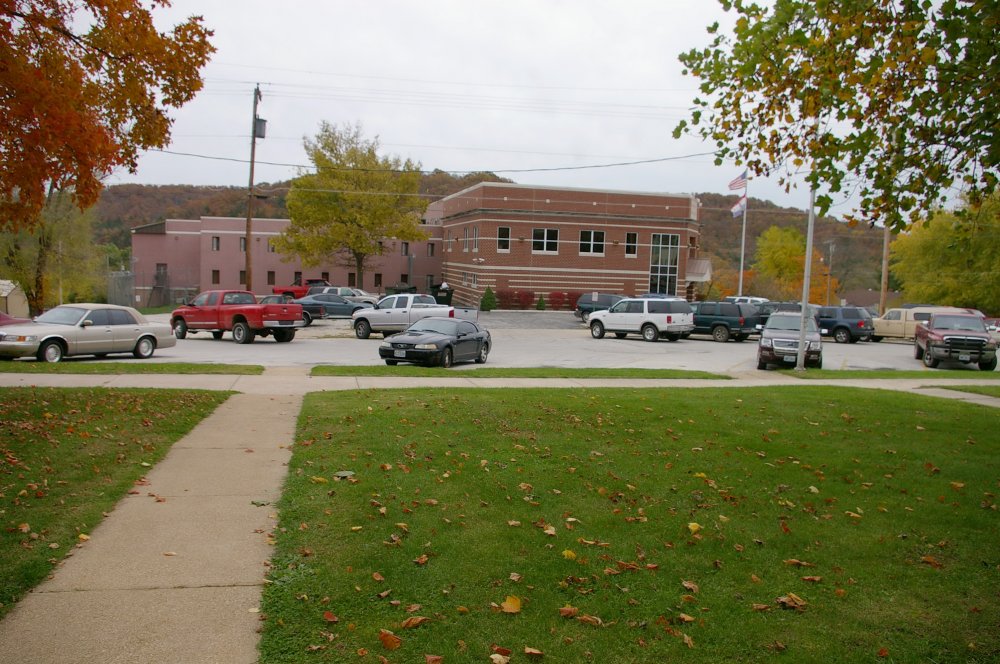