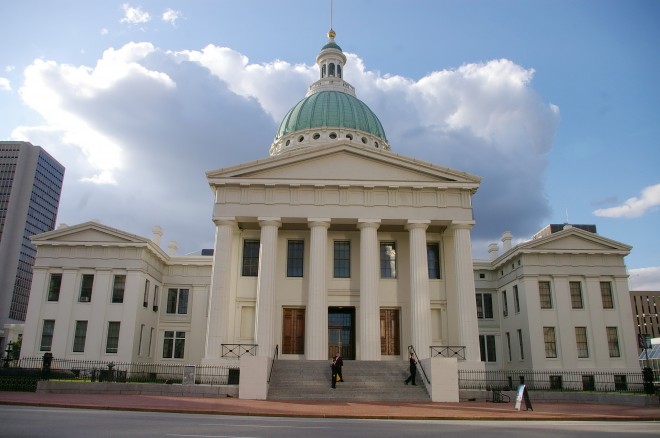 St. Louis City is named for the patron saint of King Louis XV of France.

Description:  The building faces east and is a three story white colored brick structure. The building forms a cross with extended north and south wings and porticoes on the east and west wings. There is a large dome with green colored dome in the center. In 1851, the building was remodeled by Robert S Mitchell. In 1862, the architect was Thomas D P Thomas, William Rumbold and Thomas W Walsh.

Note:  The first courthouse was designed by Morton & Laveille, built in 1828 and torn down in 1851 and the east wing of the old courthouse was built. Description:  The building faces east and is a twelve story gray colored stone and concrete structure. The east and west sides have two large columns rising to the third story with recessed entrances. The top two stories have columns around the exterior with recessed walls. The roof line is flat. 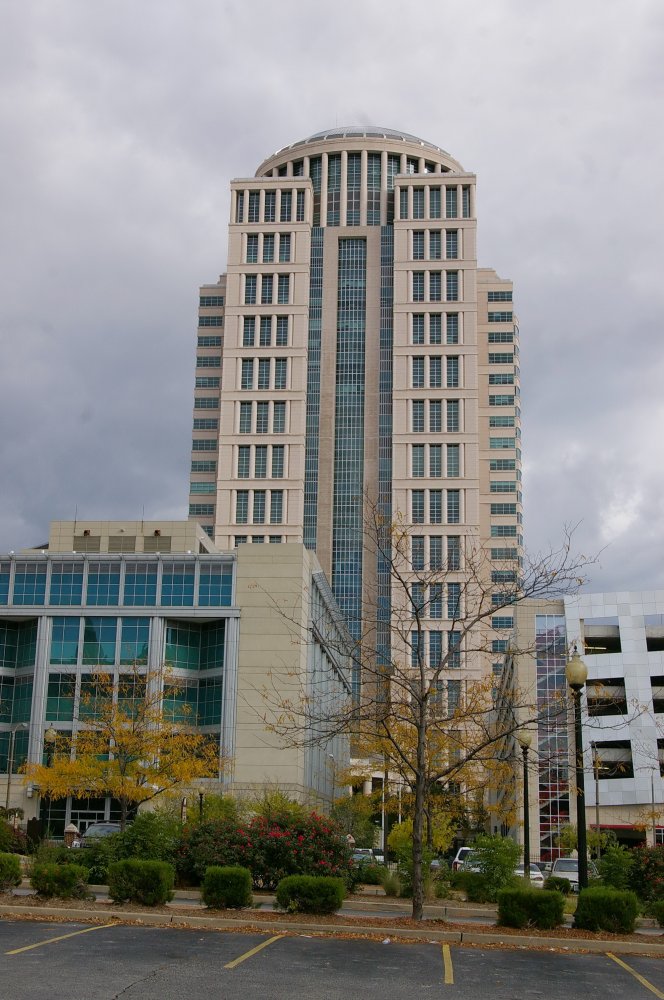 Description:  The building faces west and is a five story concrete, steel and blue glass structure. The west front has a glass paneled entrance on the first story The second to fourth stories have blue colored glass walls with recessed sections. The fifth story has blue colored glass divided by concrete pillars.  The roof line is flat. On the east side of the building is the twenty-eight story United States Courthouse. Description:  The building faces north and is a four story gray colored stone and concrete structure. The center section has a large square tower with large arched entrance on the second story. The fourth story has small vertical windows. A balustrade runs along the flat roof line.