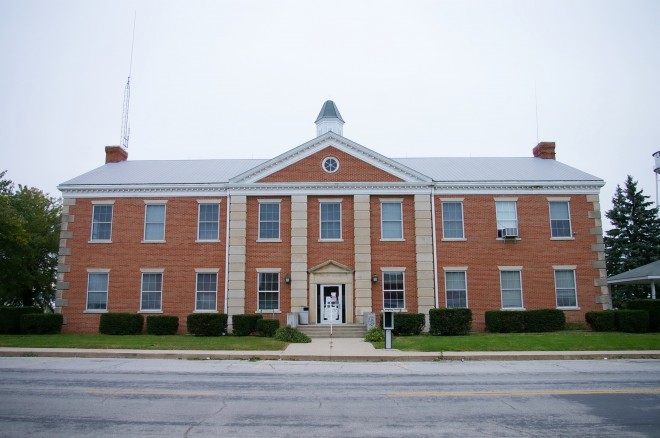 Schuyler County is named for Philip Schuyler, who was a general during the American Revolution, a delegate to the Continental Congress and a Senator from New York. 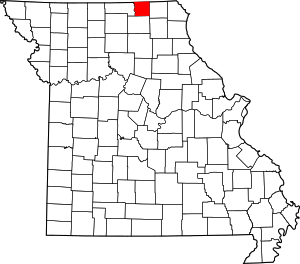 Description:  The building faces south and is a two story red colored brick, stone  and concrete structure. The rectangular shaped building is located on landscaped grounds in the center of Lancaster. The building has a wide pediment on the south side with four stone pillars framing the first story entrance and windows. There is a peaked roof with a small cupola in the center. The north side of the building has a recessed center section with over hanging roof. The building houses the County Circuit Court. 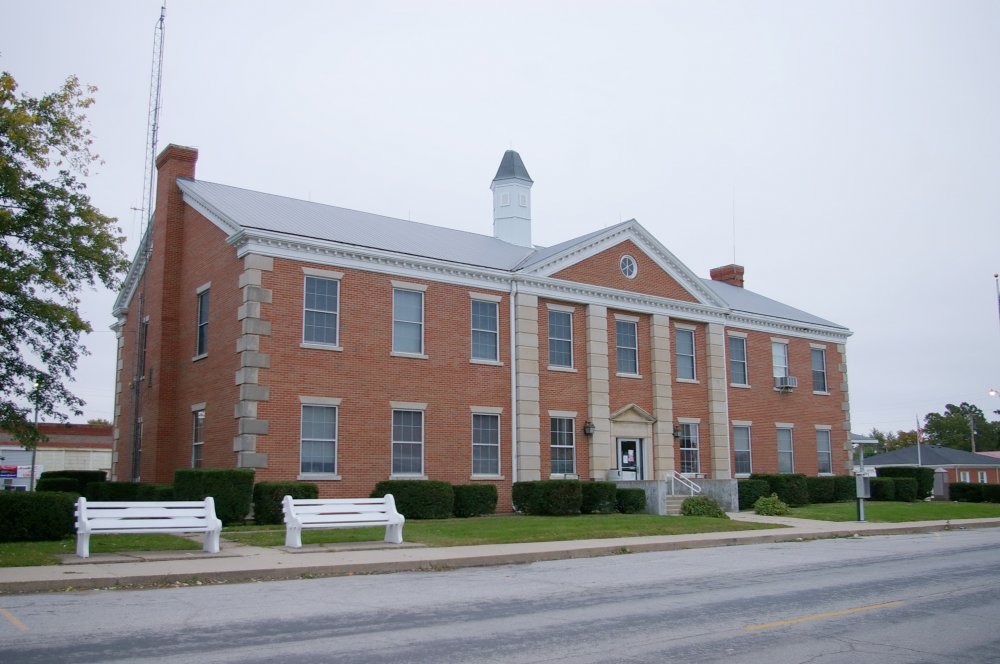 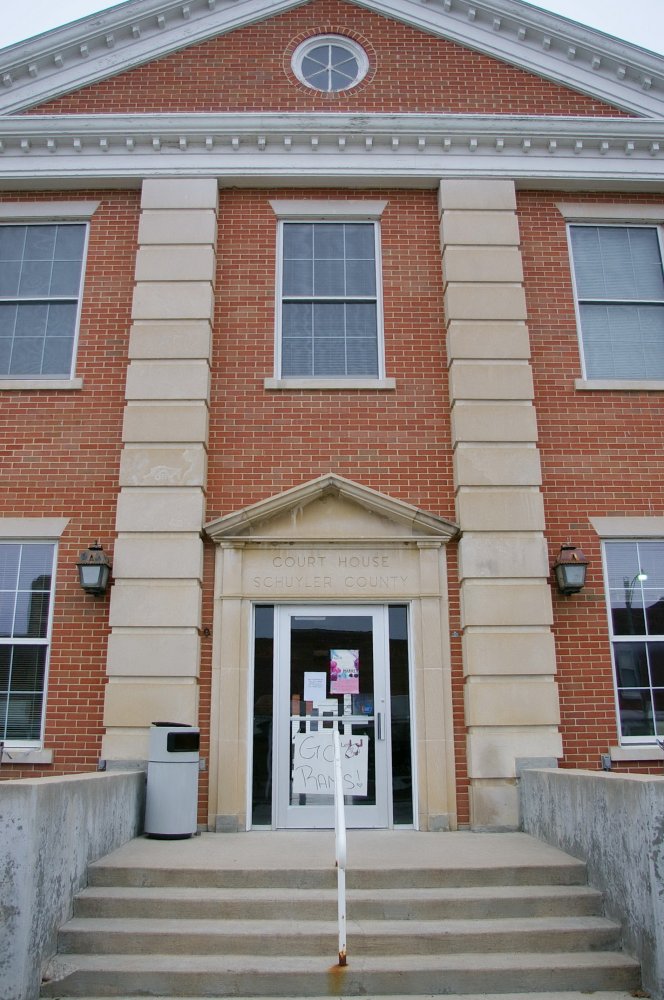 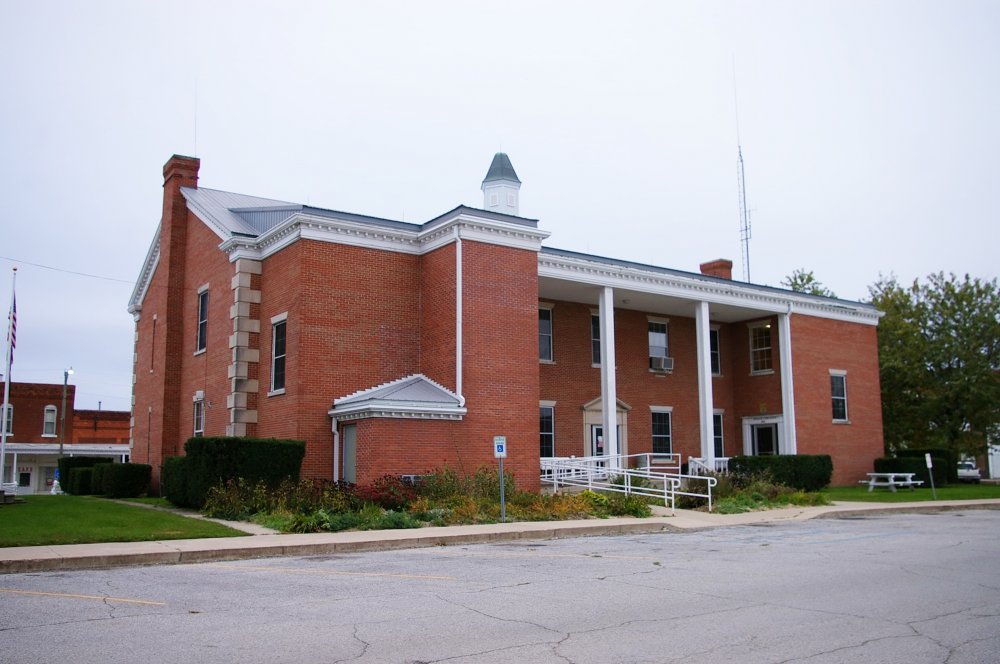 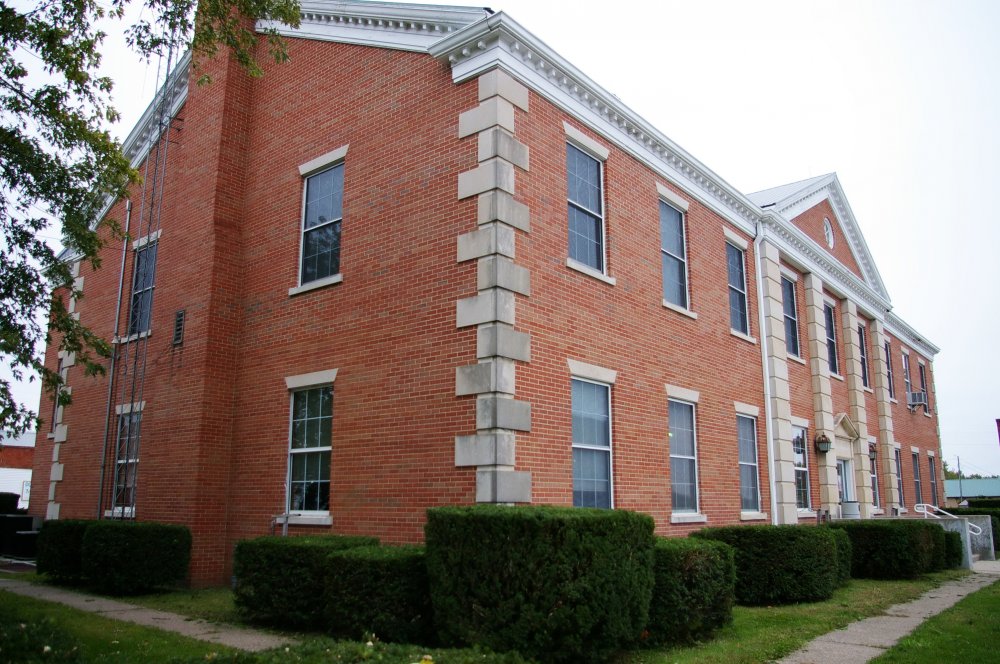 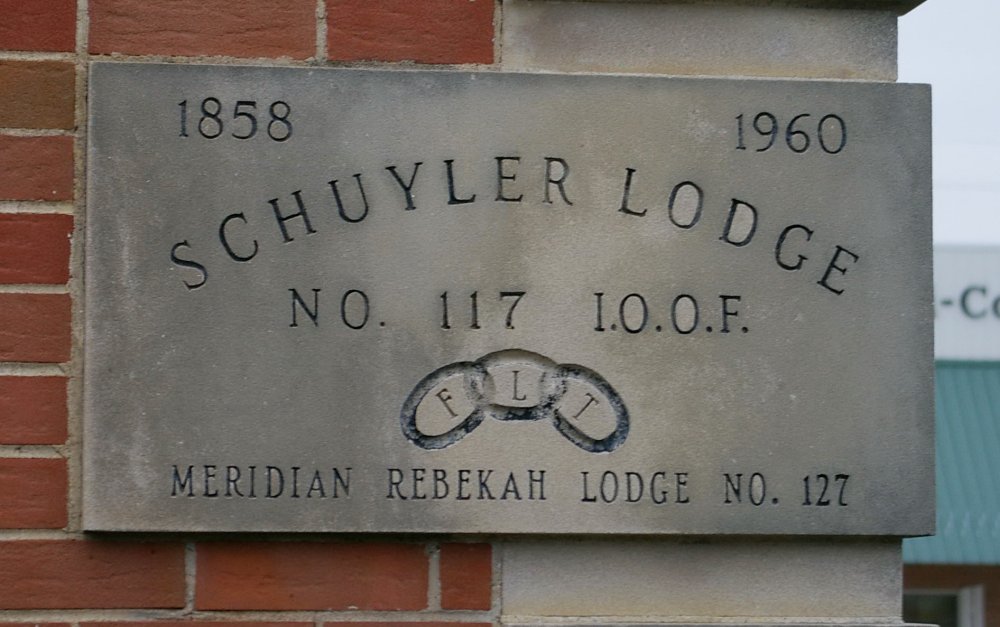