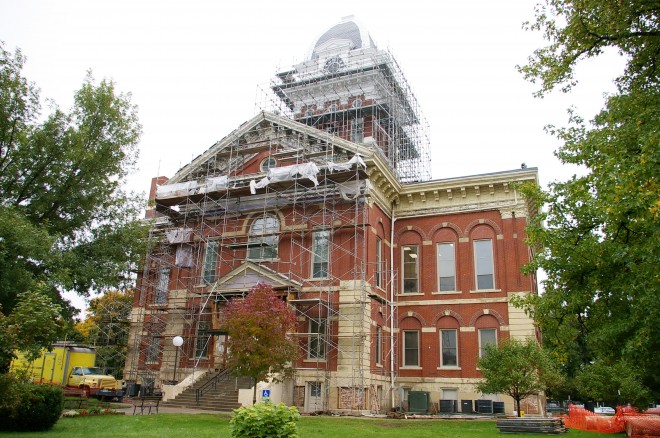 Saline County is named for the numerous salt springs found in the area. 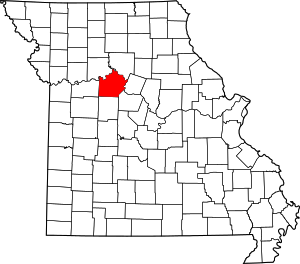 Description: The building faces north and is a two story red colored pressed brick and stone structure. The building is located on landscaped grounds of the Courthouse Square in the center of Marshall. The cruciform building is 100 feet by 110 feet. The north front has a small portico supported by four thin columns with a pediment at the second story. The center section projects from the main building and rises to a pediment at the roof line. Above the portico is an arched window. Limestone trim decorates the corners and there are horizontal bands of limestone. On the center of the roof is a large square clock tower with mansard roof. In the interior, all stories have wide hallways from the north and south entrances which meet in the central rotunda which rises to the ceiling of the second story. The corridor walls are painted a light buff color, the woodwork a deep maroon that matches the tile in the floor medallion of the rotunda. Floors are surfaced with beige and cream linoleum tile. The stairway to the second story is U-shaped and has a walnut bannister and newel post. On the second story, the Circuit Courtroom is located in the east wing and the County Courtroom is located in the west wing. The walls of the courtrooms are painted a white color with all woodwork a Blair House buff color. The building houses the County Circuit Court. During construction, C G Page acted as superintendent. The building was restored in 1973. The architect was Philip Cotton. The building was renovated in 2009. The architect was Johnson & Associates of Kansas City and the contractor was Septagon Construction.

Description: The building faces east and is a one story log and clapboard structure. The building is located on landscaped grounds in the center of Arrow Rock in the Arrow Rock State Historic Site. The east front has a wood portico supported by  wood pillars. The roof is hipped. The building served as the courthouse from 1839 to 1840. Nearby is the old stone jail 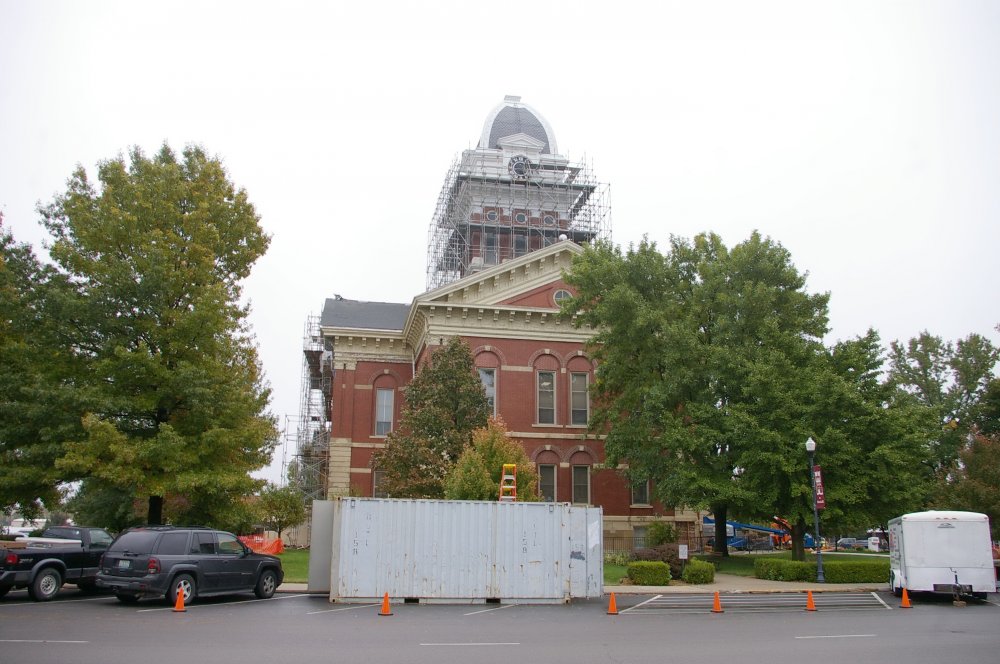 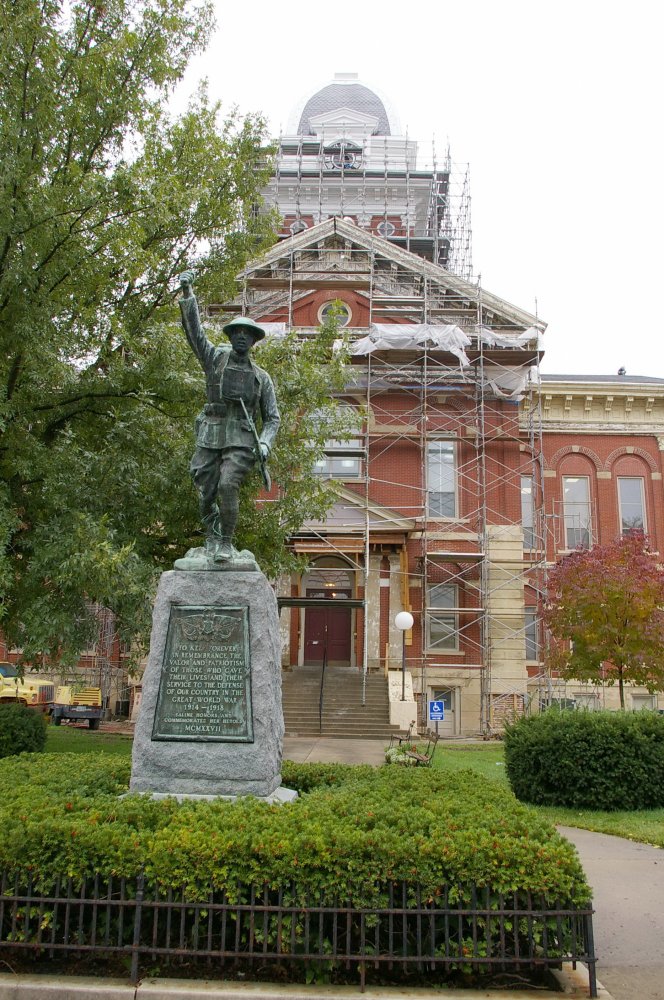 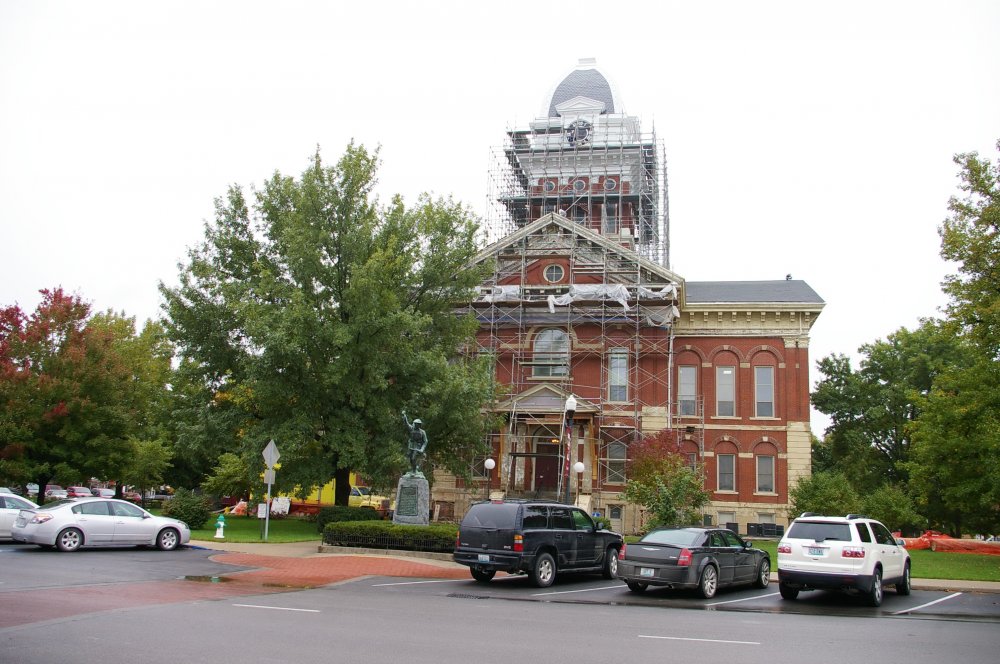 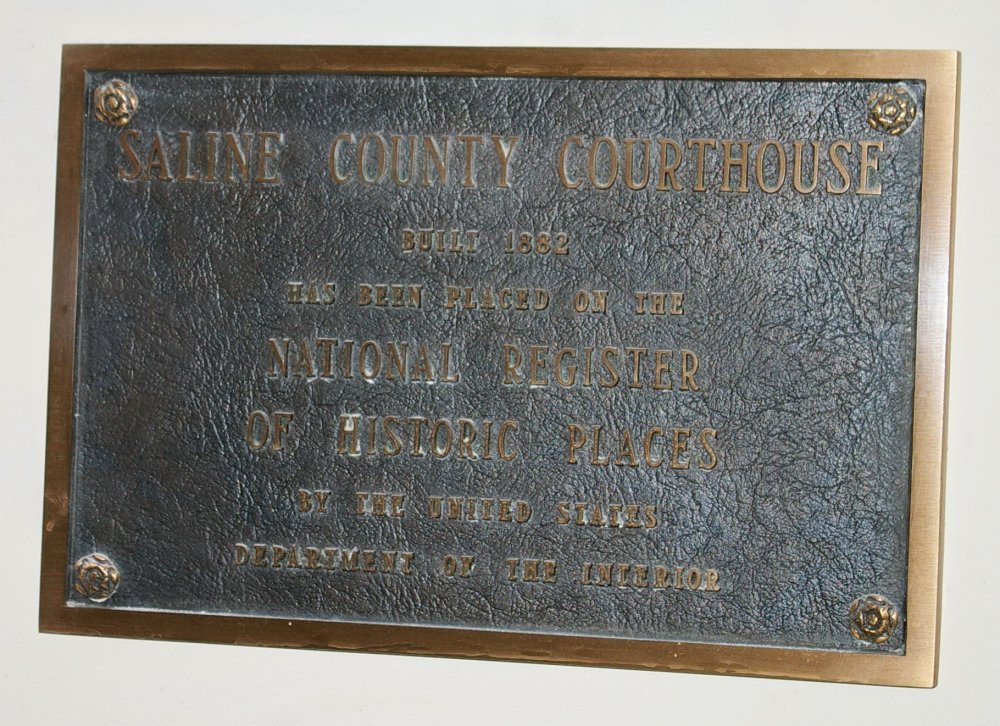