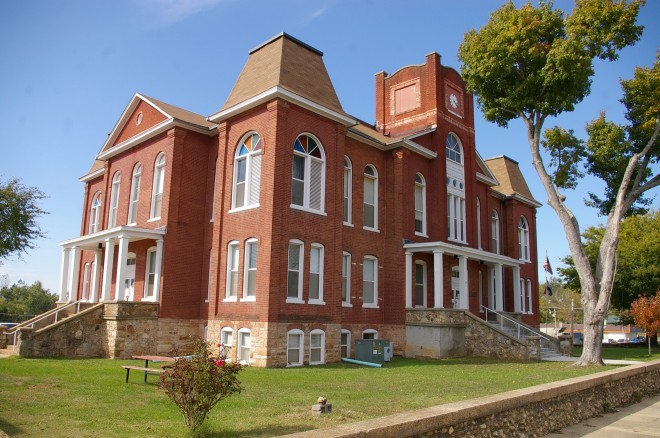 Ripley County is named for Eleazer Wheelock Ripley, who was a Brigadier General in the War of 1812.

Description:  The building faces east and is a two story red colored brick, stone and wood structure. The building is 128 feet by 95 feet. The east front has a central square brick tower rising three stories. At the entrance is a small portico supported by four wood columns. On the second story is a large arched window. Each corner of the building has a square brick tower with mansard roof. The base of the building is course stone. The superintendent was Judge McManus. During the 1930’s, the building was repaired under a Work Projects Administration project. Extensive remodeling was done in 1976. 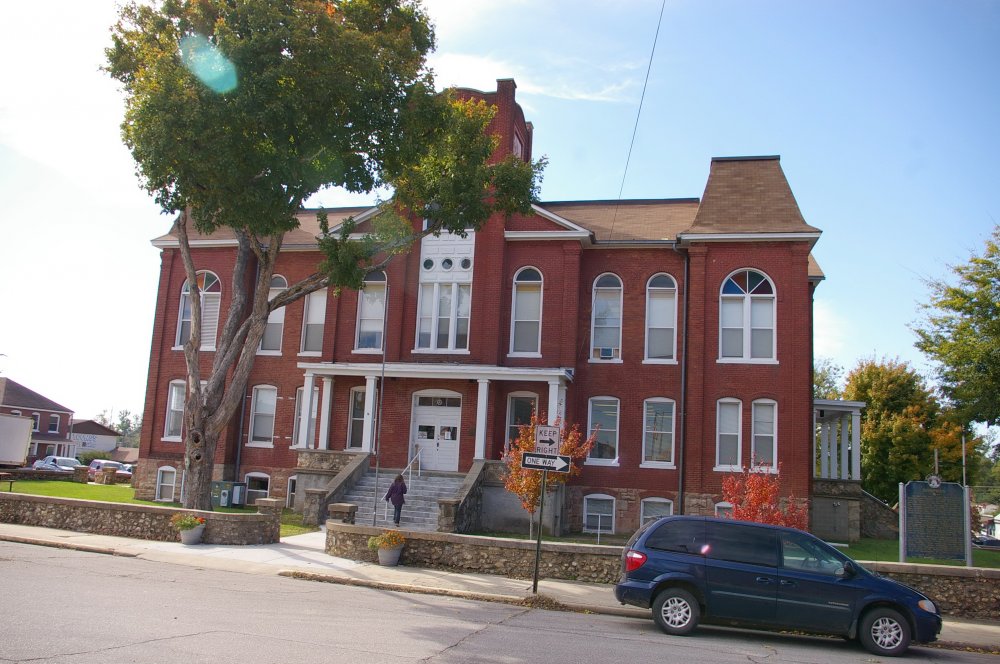 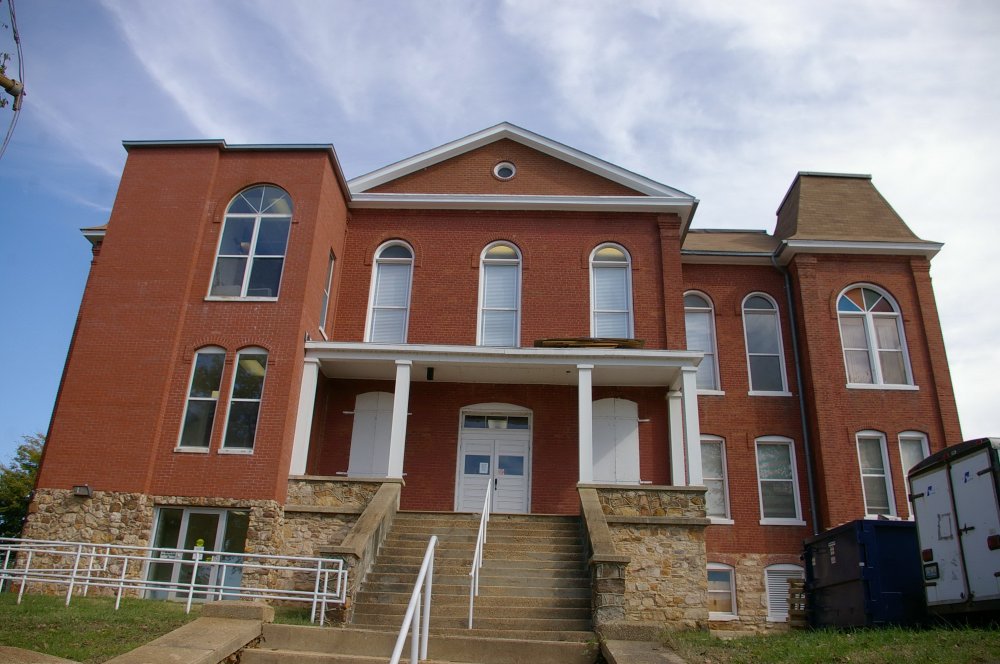 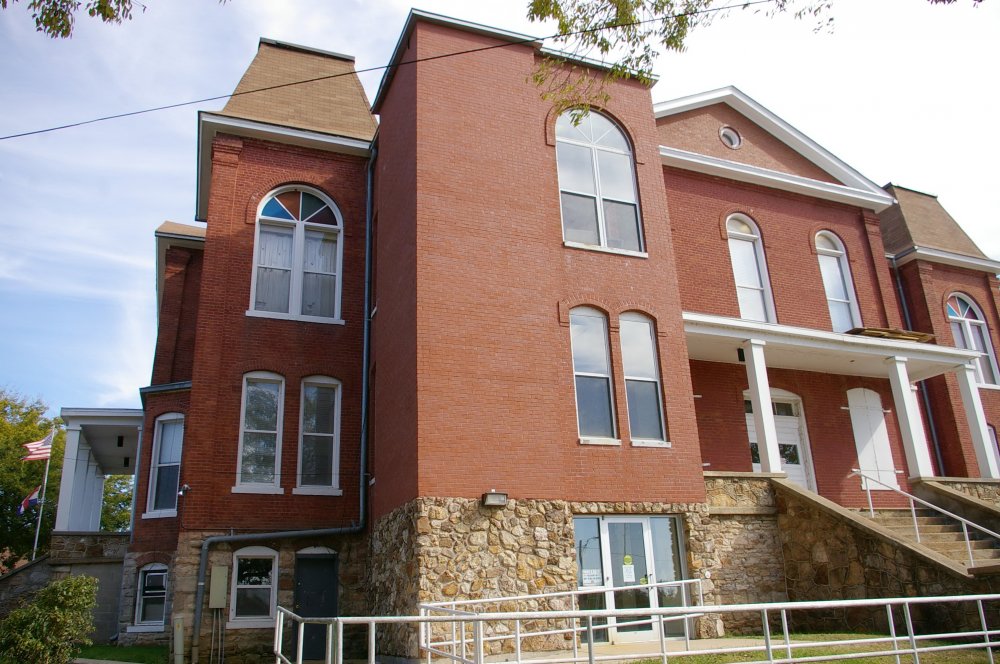 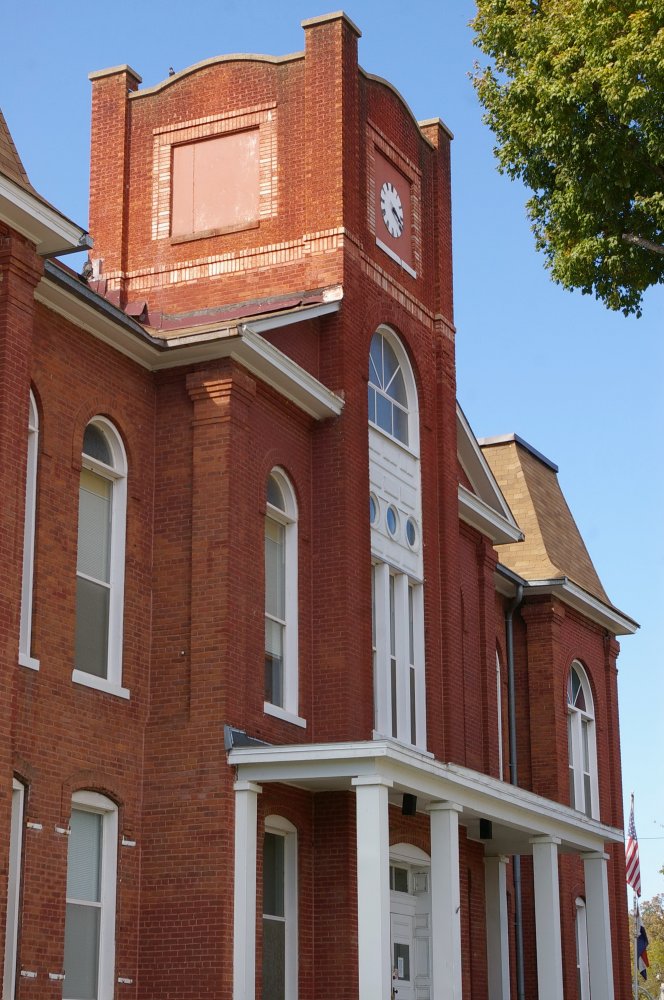 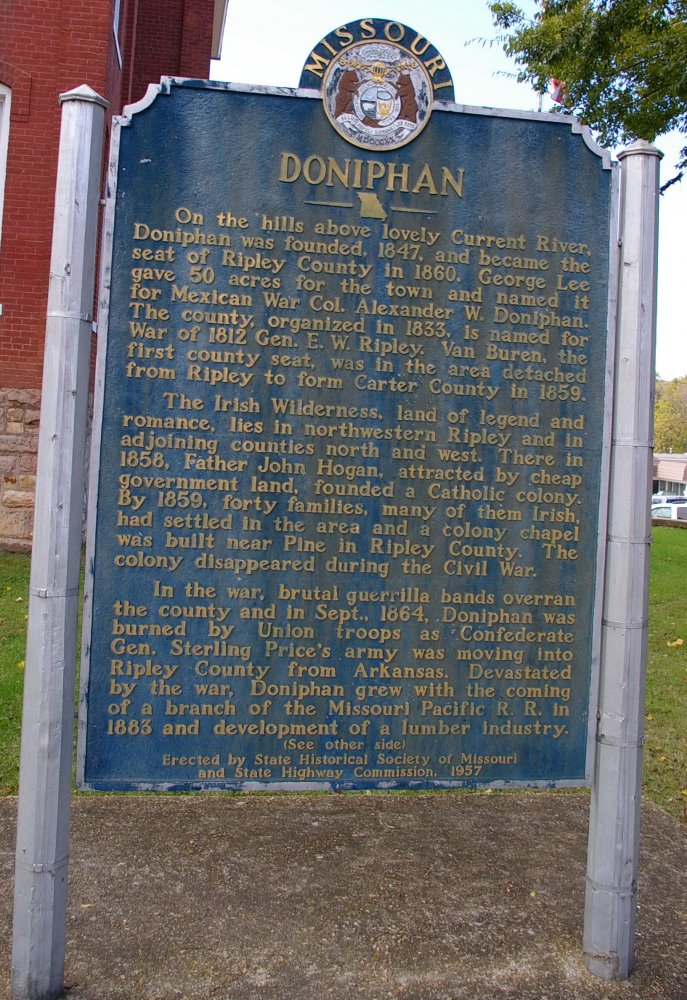 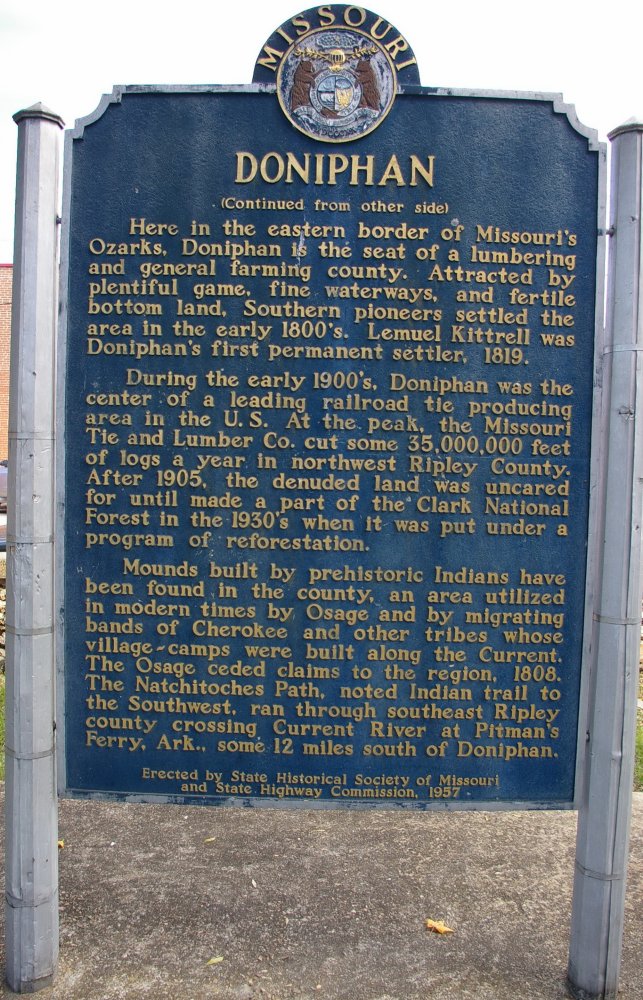