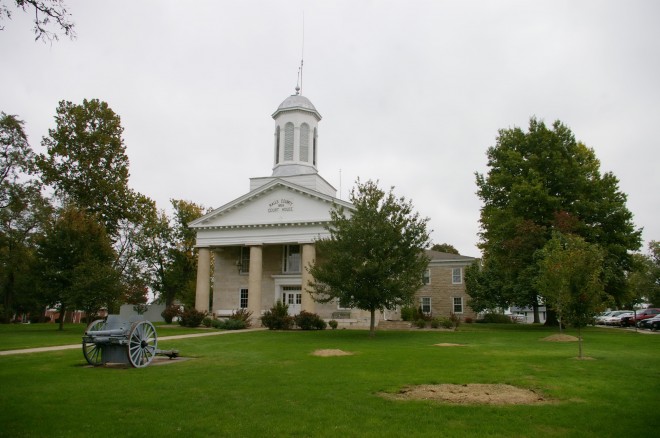 Ralls County is named for Daniel Ralls, who was a Missouri legislator. 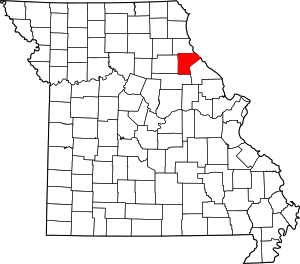 Description:  The building faces west and is a two story locally quarried limestone structure. The building is located on spacious grounds in the center of New London. The west front of the “T” shaped building has a large portico supported by four large columns rising to a wide pediment at the roof line. The recessed entrance is framed with wood. Walls of the courthouse are made from locally quarried limestone; the columns are plastered, and the pediment and cornice are of wood. Interior woodwork is hand-crafted. The courtroom, noted for its acoustical quality, is on the second story. The walls of the courtroom are wallpapered in a shade of green similar to that found on the painted corridor walls. Around the lower section is a white and green dado. The ceiling is also papered, being mostly white with a green and pink striped border and two interior stripes, which intersect each other at the center of the courtroom and the outer border midway along each side. The elaborate, monumental, classical frames around the doors and windows are handcarved and consist of pilasters supporting entablatures. These decorative frames are white with a touch of gold added to the dentils. In 1935, an addition was built on the east side. The architect was Arthur Hogg. This was a Public Works Administration project. The building was renovated in 2006. The architect was Klingner & Associates and the contractor was Cannon General Contractors, Inc. On the norteast side is the Old County Jail.

See:  The other temple-type courthouses still in use as the official county building is located in Lafayette County.

History:  The county was created in 1820 and New London was selected as the county seat in 1821. The first courthouse was a two story log structure built in 1822. The second courthouse was built by Samuel Mayhall and Richard S Howard in 1835. Thethird and present courthouse was constructed in 1858 to 1859 at a cost of $18,000. 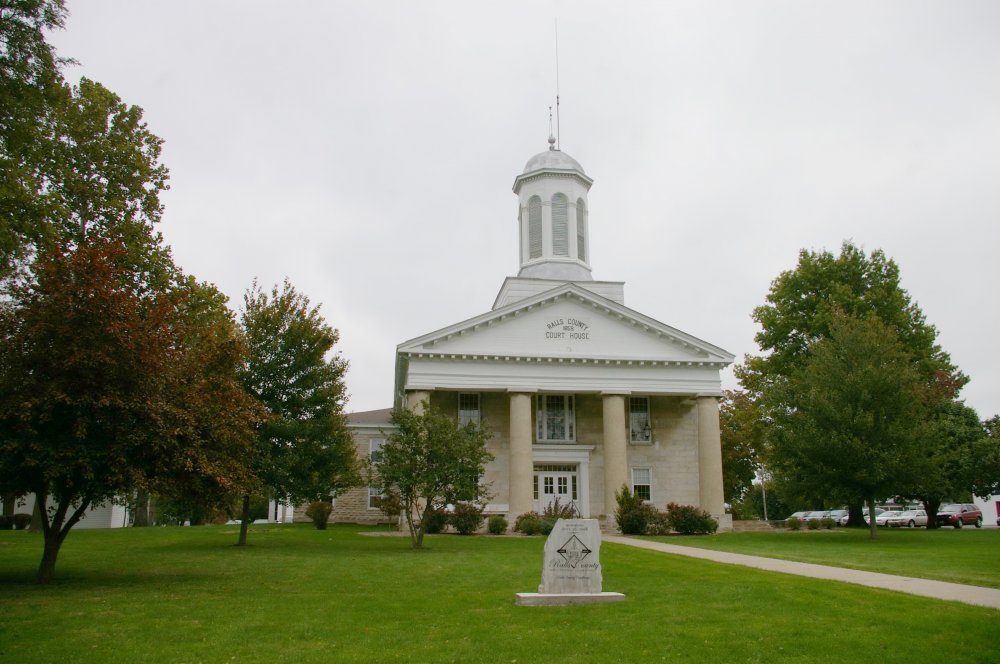 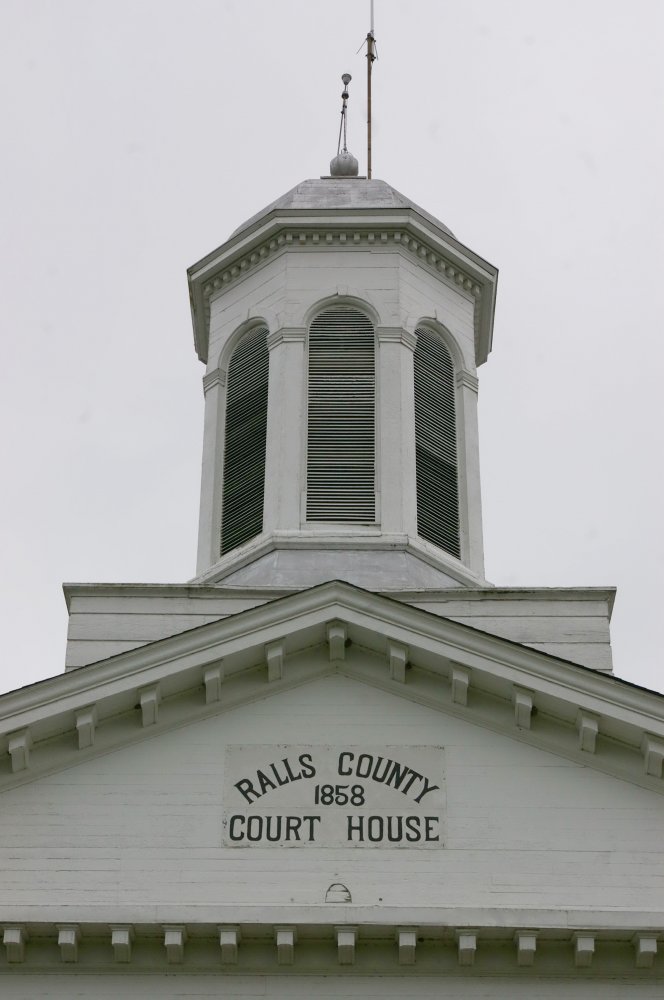 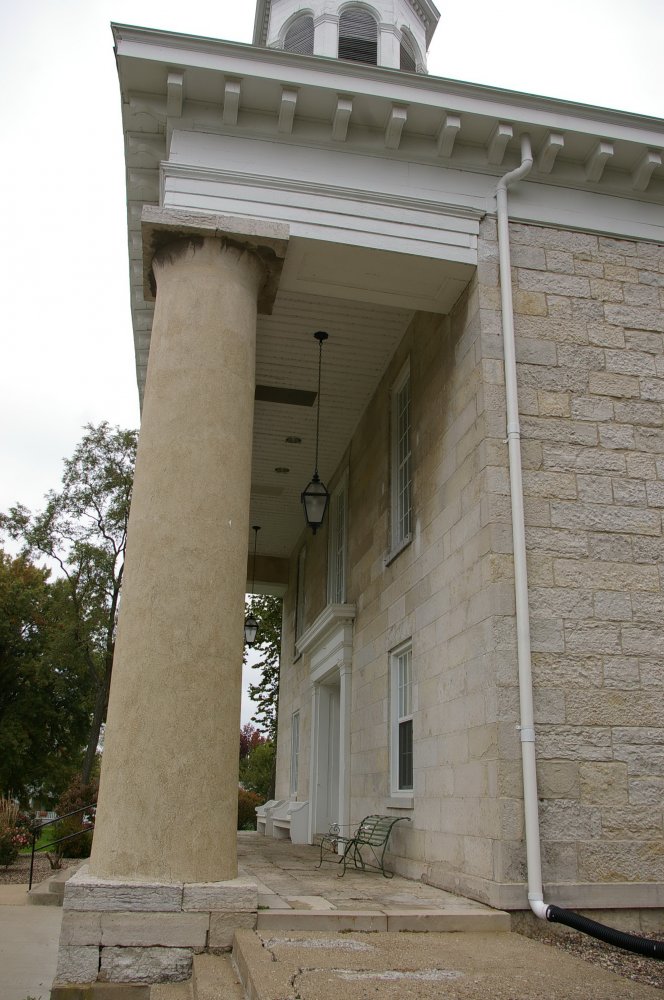 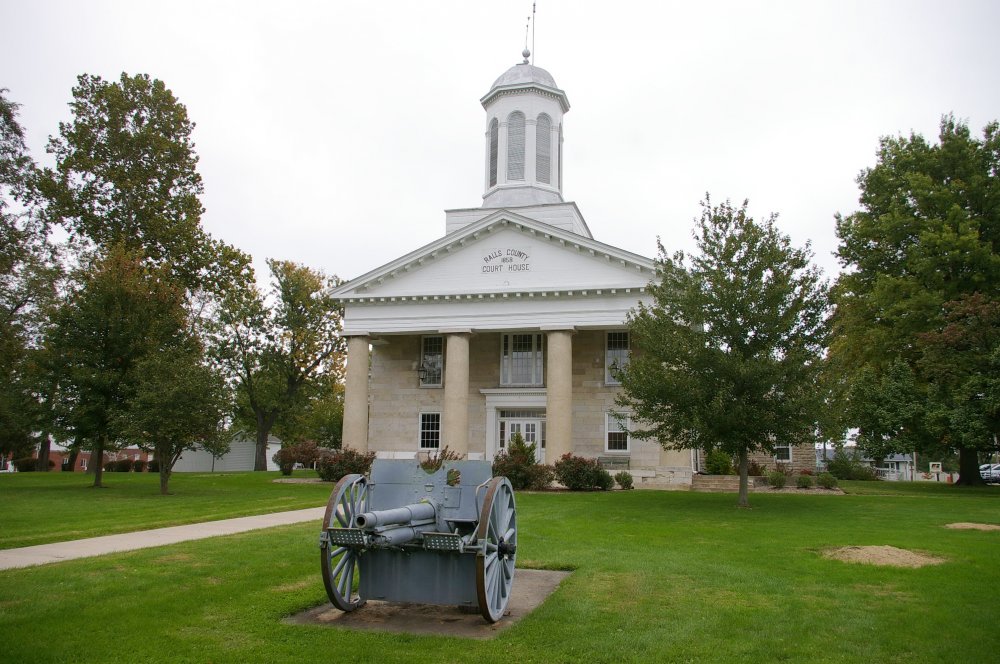 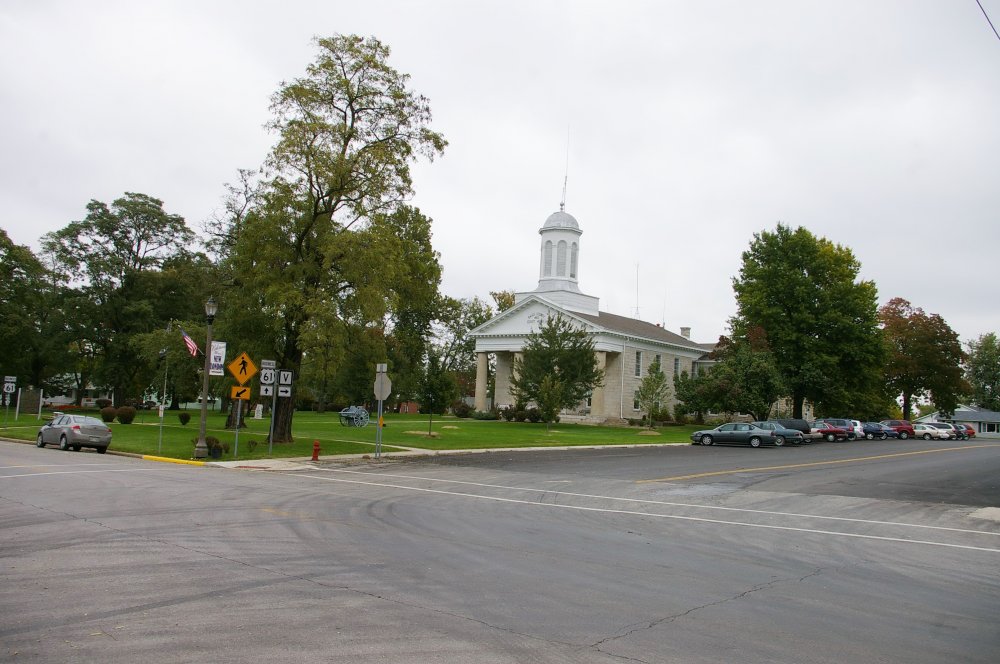 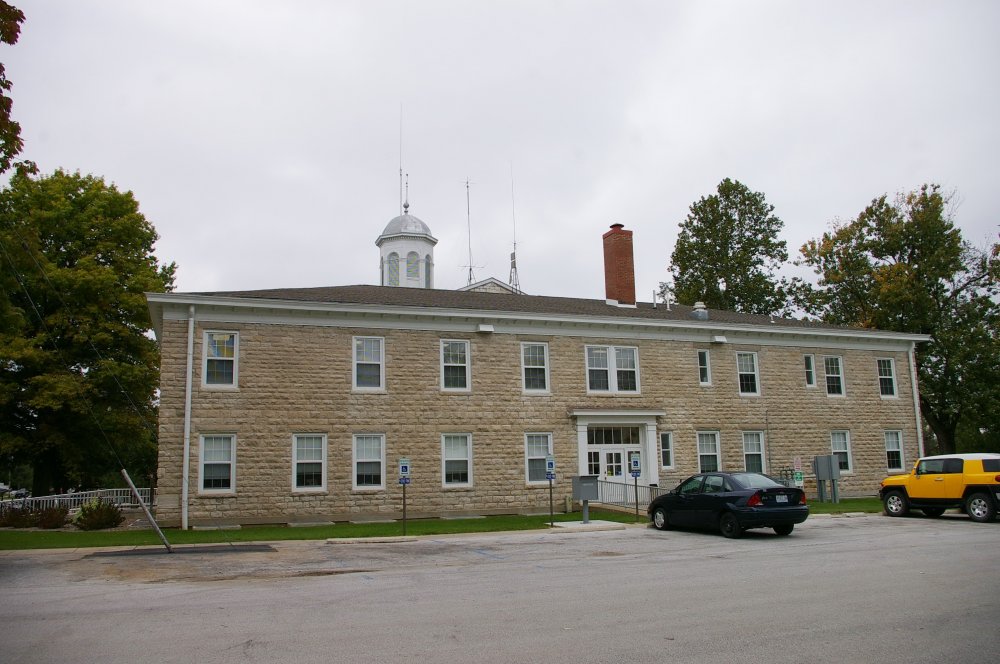 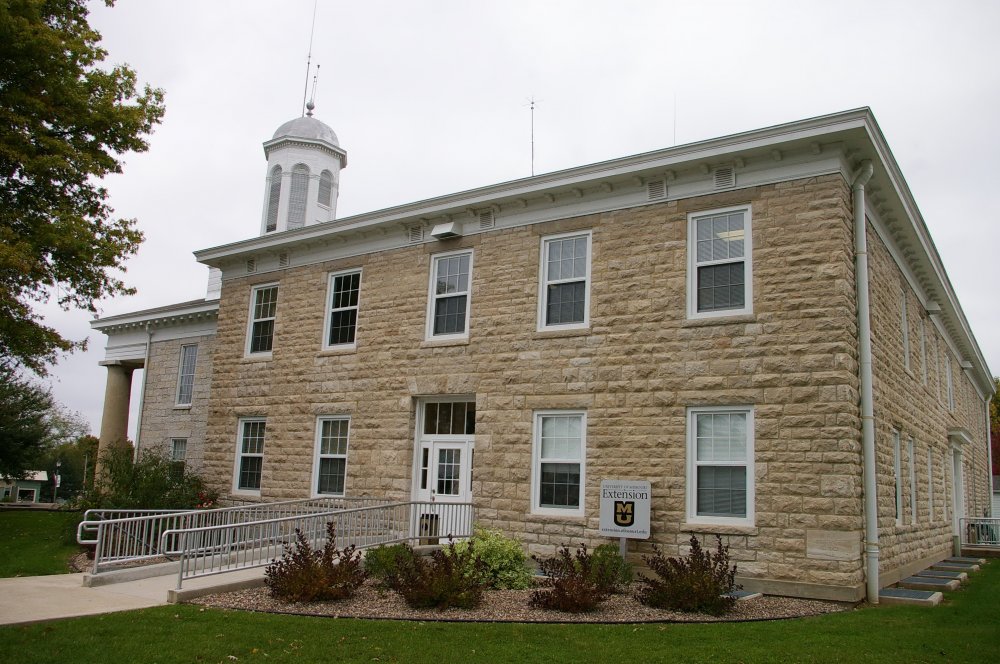 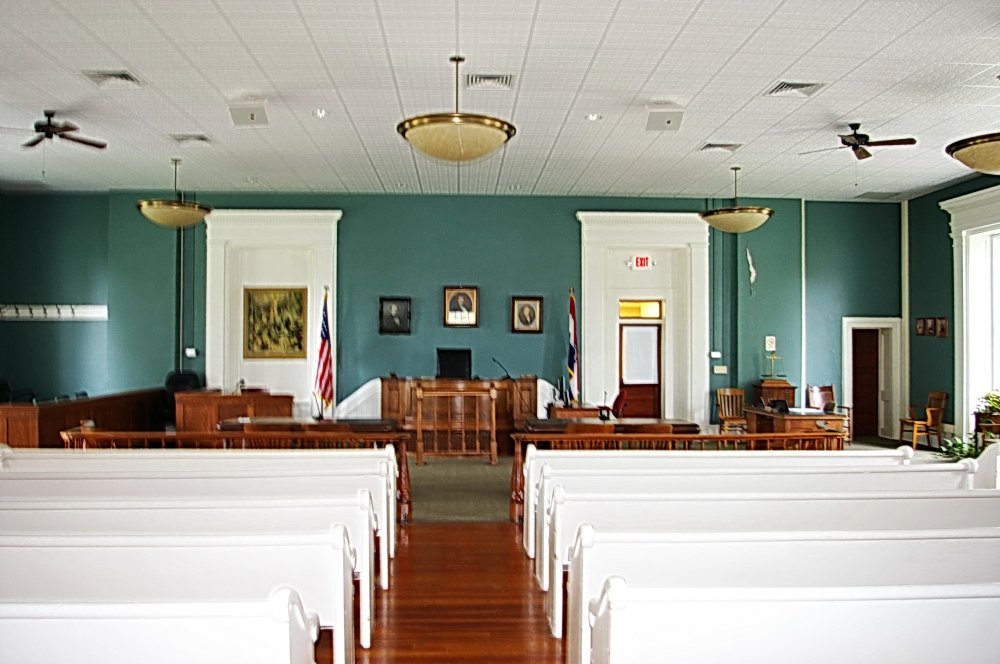 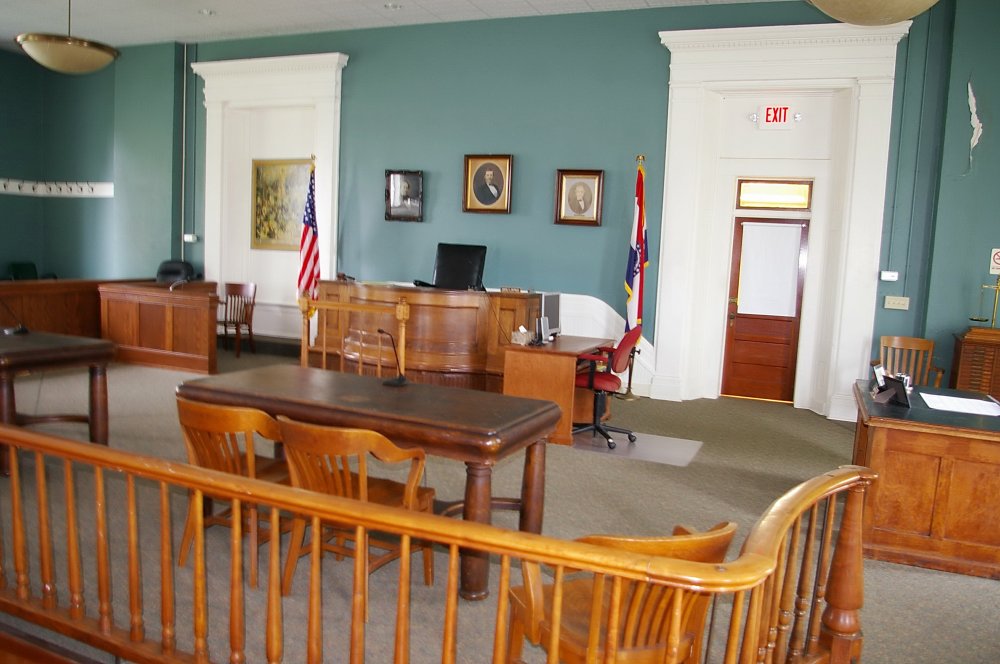 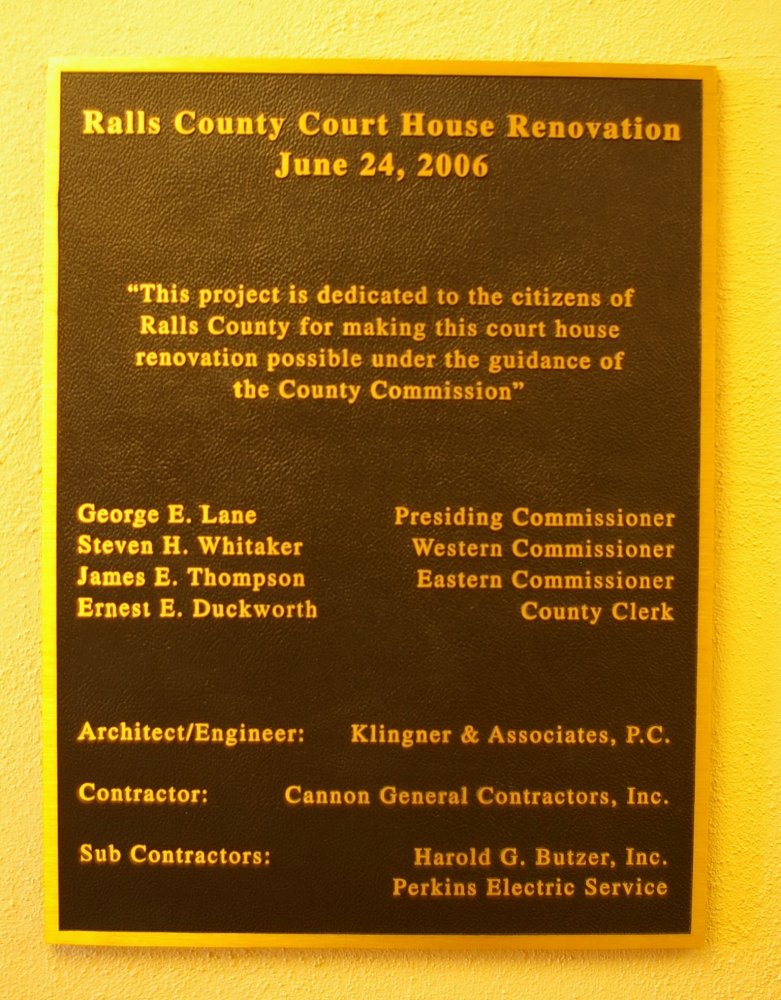 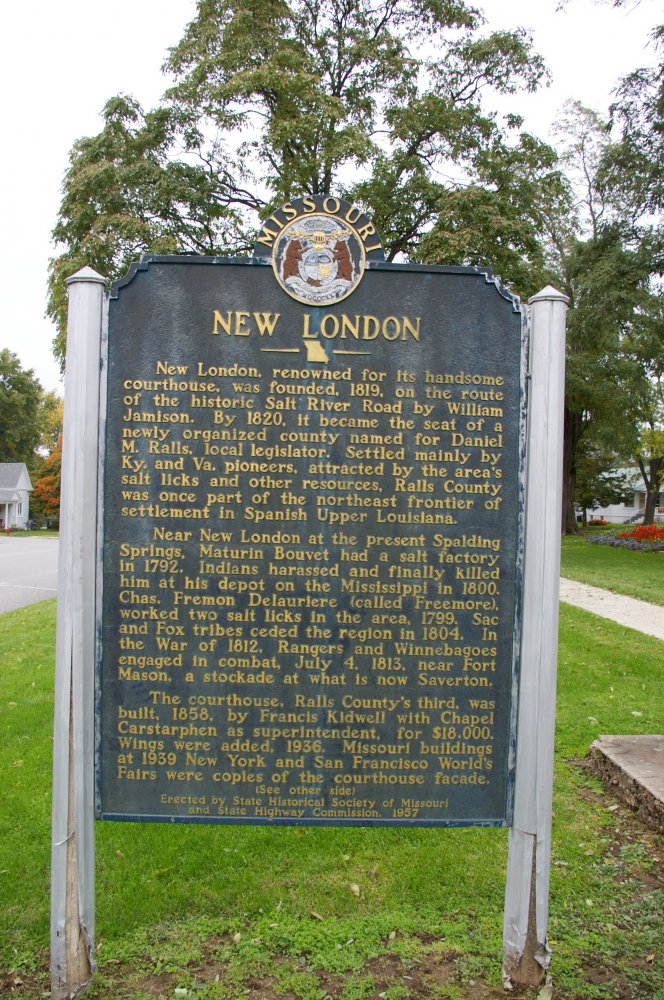 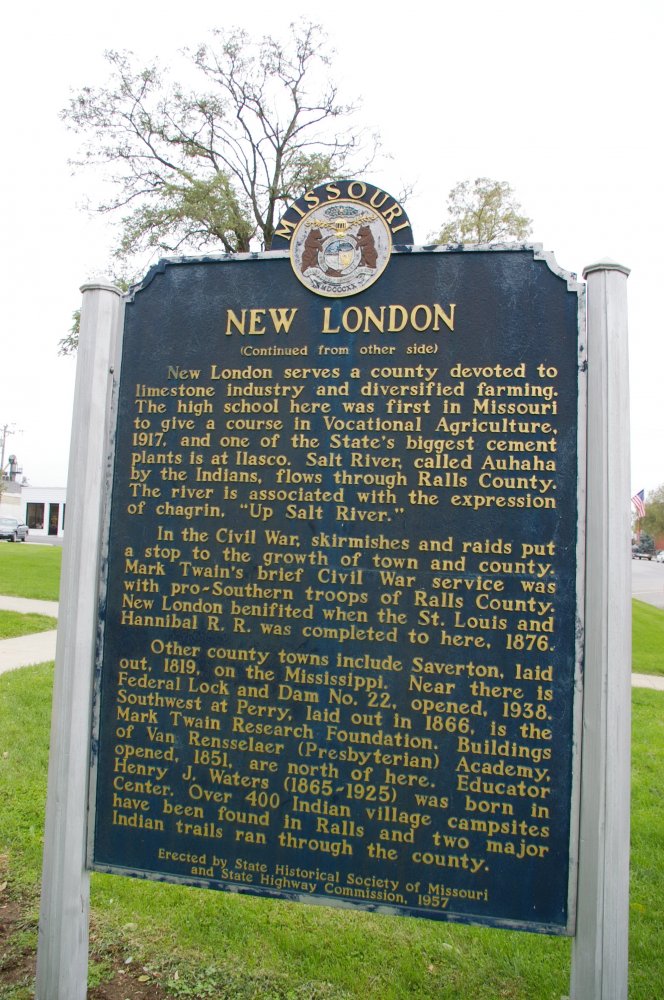