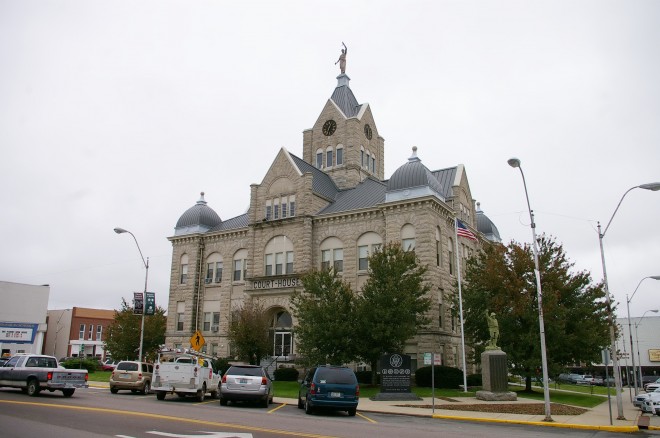 Polk County is names for James Knox Polk, who was the eleventh President of the United States of America. 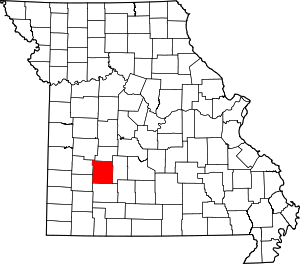 Description: The building faces north and is a two story course stone structure. The building is located on the landscaped grounds of the Courthouse Square in the center of Bolivar. The north front has a projecting portico with large arch at the entrance on the first story. Above the portico is a balcony on the second story with large arched window and rising to a third story dormer with peaked roof. Each corner has a square stone tower with domed roof. On the center of the roof is a square stone clock tower with steep roof and the statue of Justice at the top. 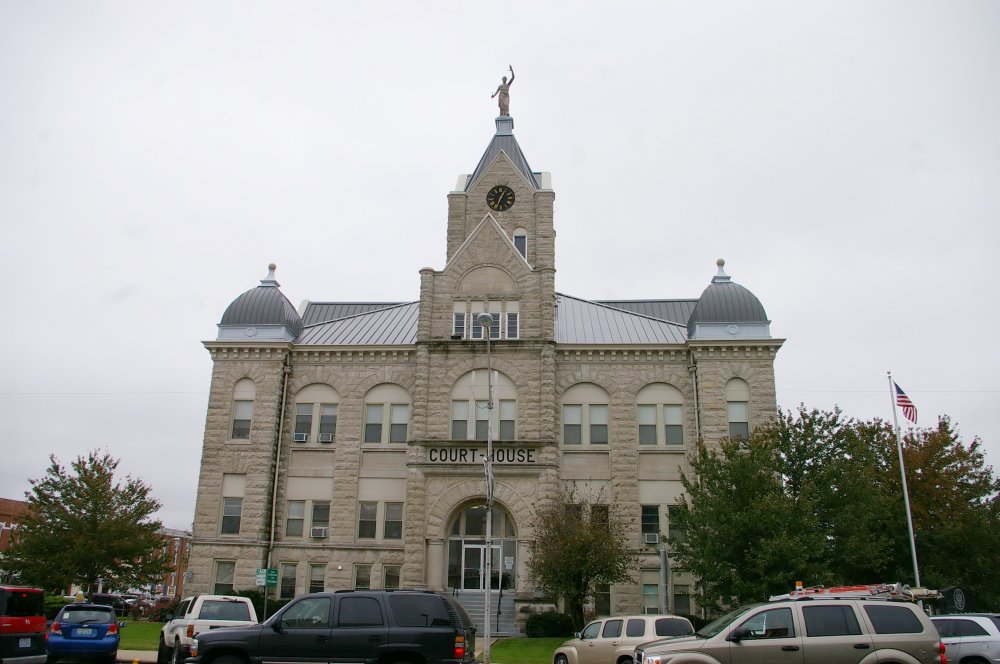 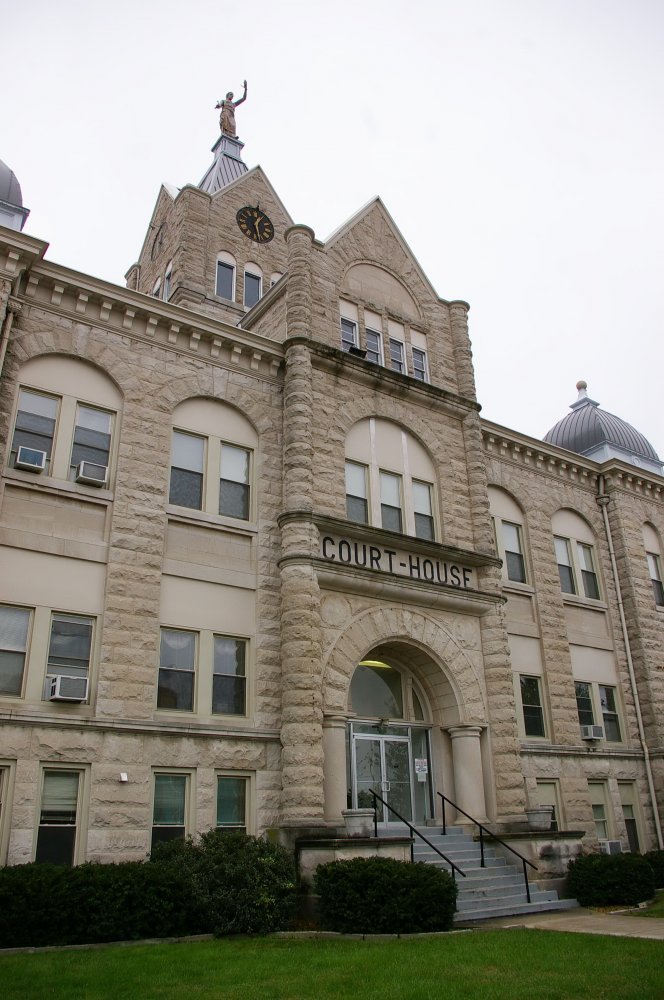 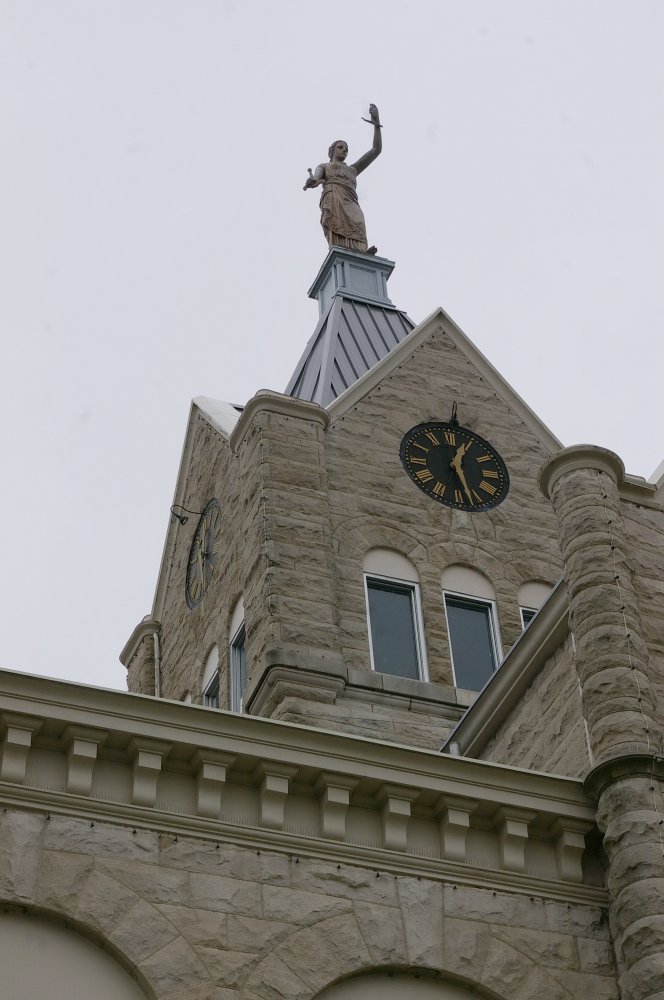 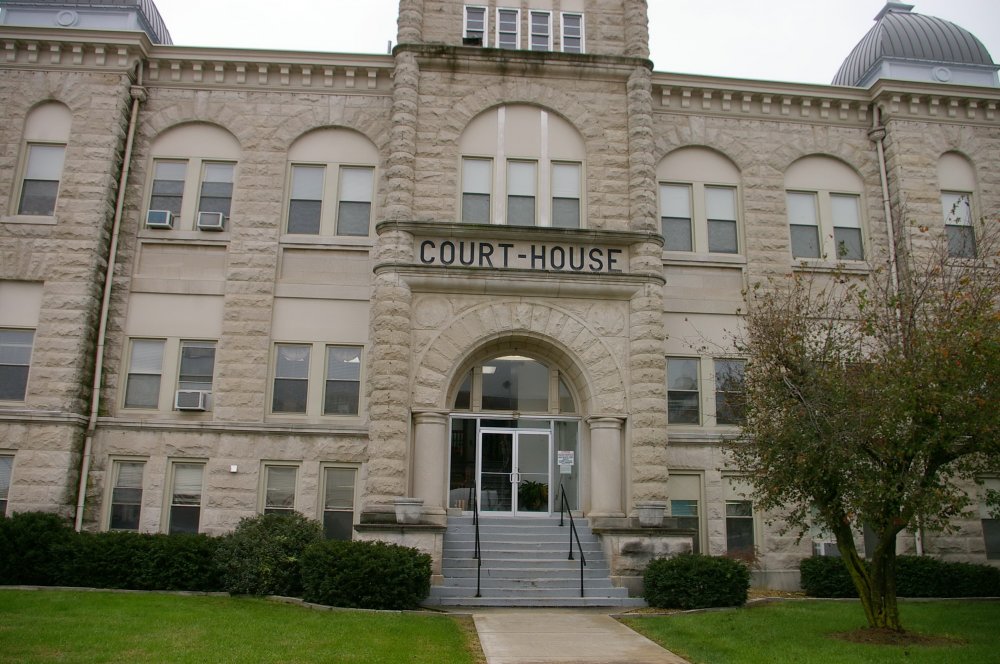 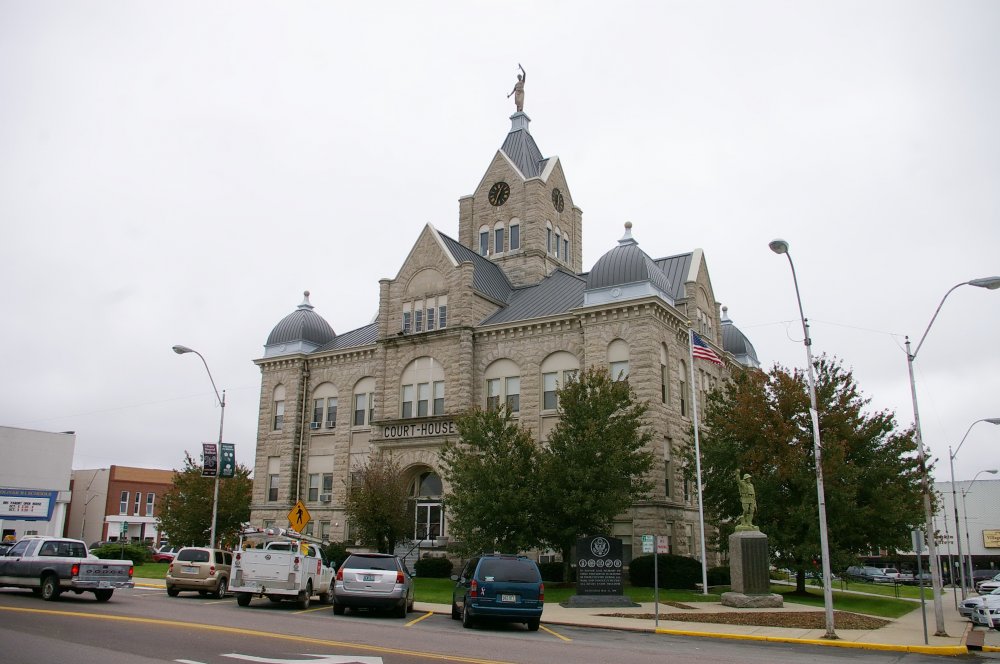 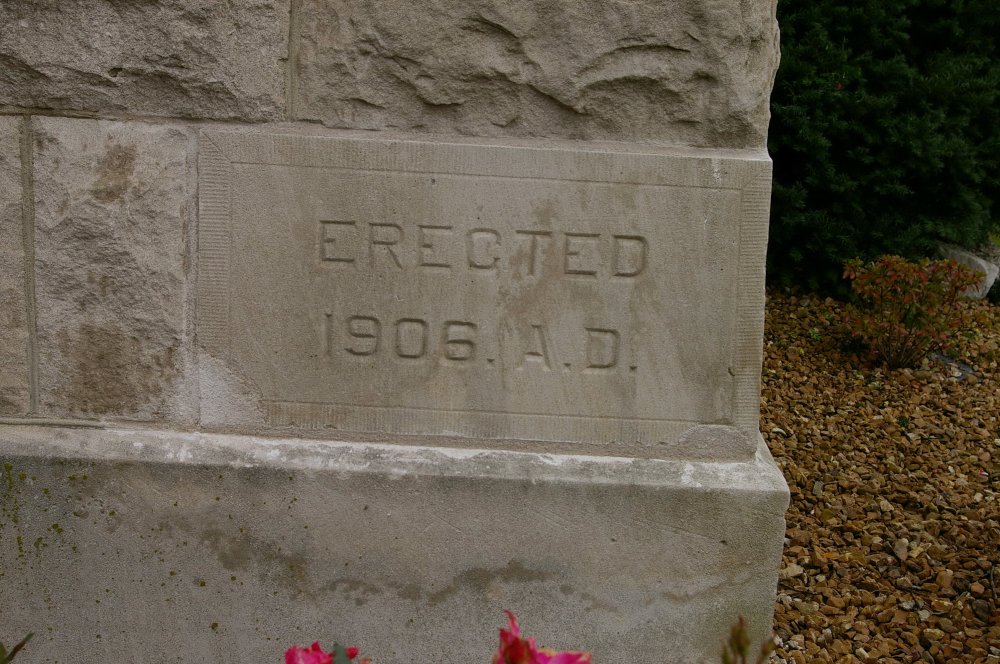 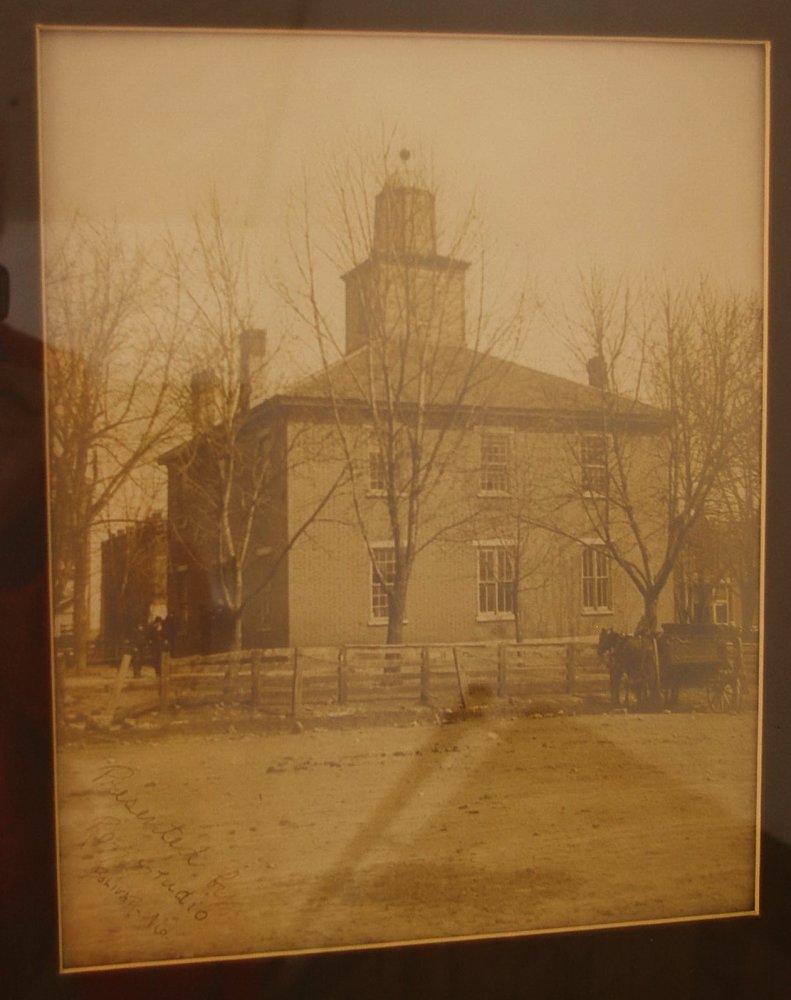