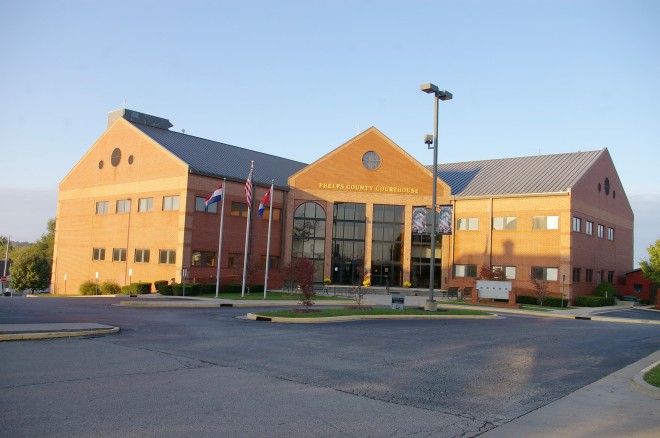 Phelps County is named for John S Phelps, who was a politician, soldier during the American Civil War and the twenty-third Governor of Missouri.

Description: The building faces northeast and is a two story red colored brick, concrete and glass structure. The building is located on landscaped grounds in the center of the city. The northeast front has four vertical glass panels and rises to a peak at the roof line. From the center extend a north wing and an east wing with pitched roofs and small windows. The building sits on the side of a slope with the basement entrance on the south side. 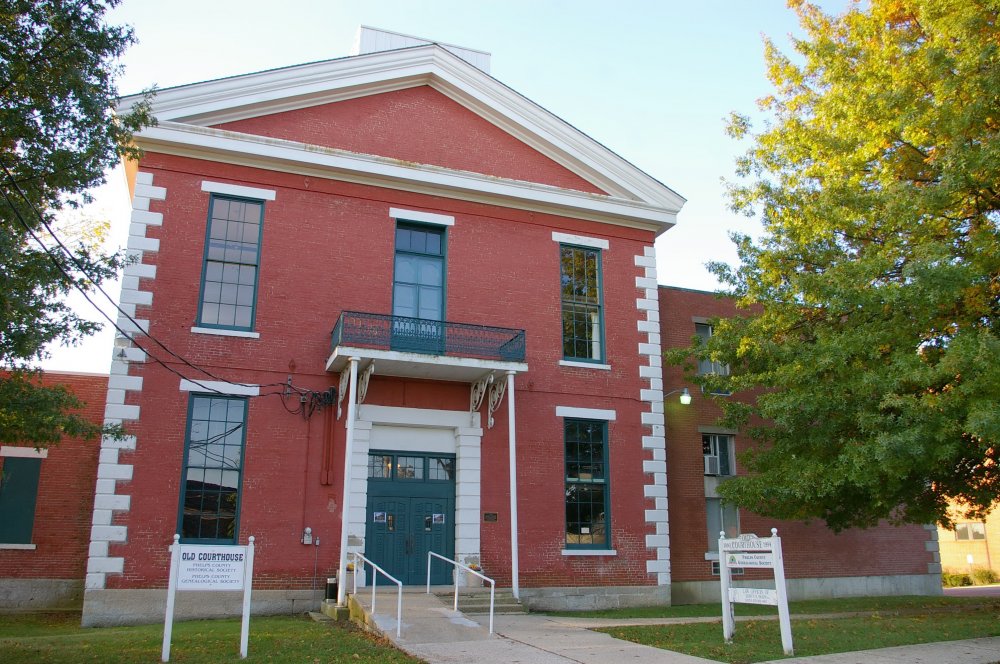 Description: The building faces north and is a two story red colored sand-mud brick structure. The building is located on landscaped grounds in the center of the city and is  45 feet by 65 feet. The north front has a central entrance on the first story with small balcony above on the second story. The roof is gabled. The corners of the building have stone trim.  On the roof is a large square open cupola. Vault wings were added after 1881 on the east and west sides., and the jail was added in 1912. The cupola was removed in the 1940’s. 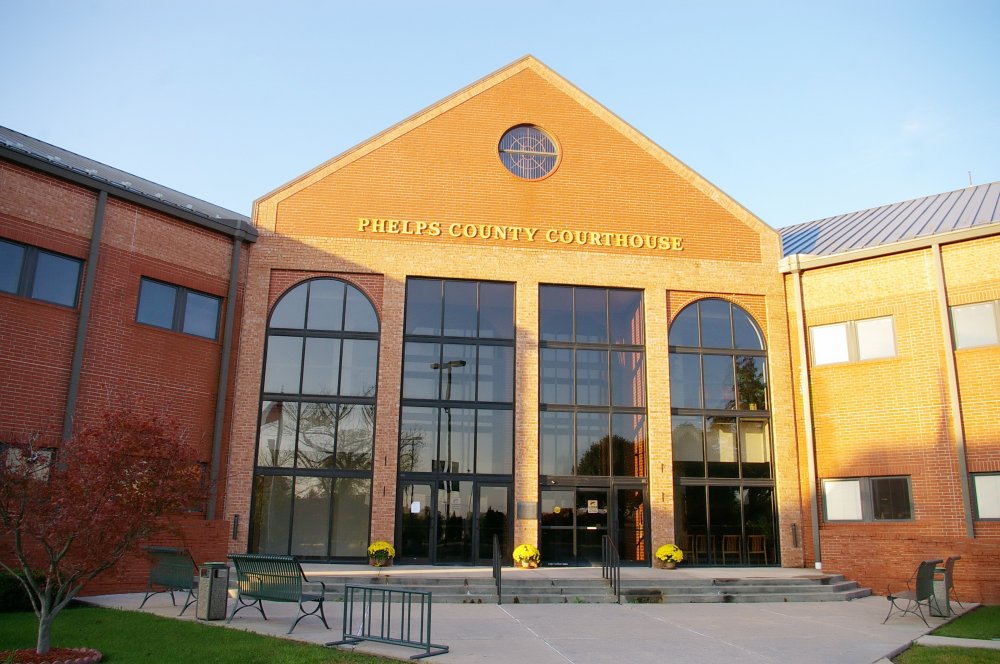 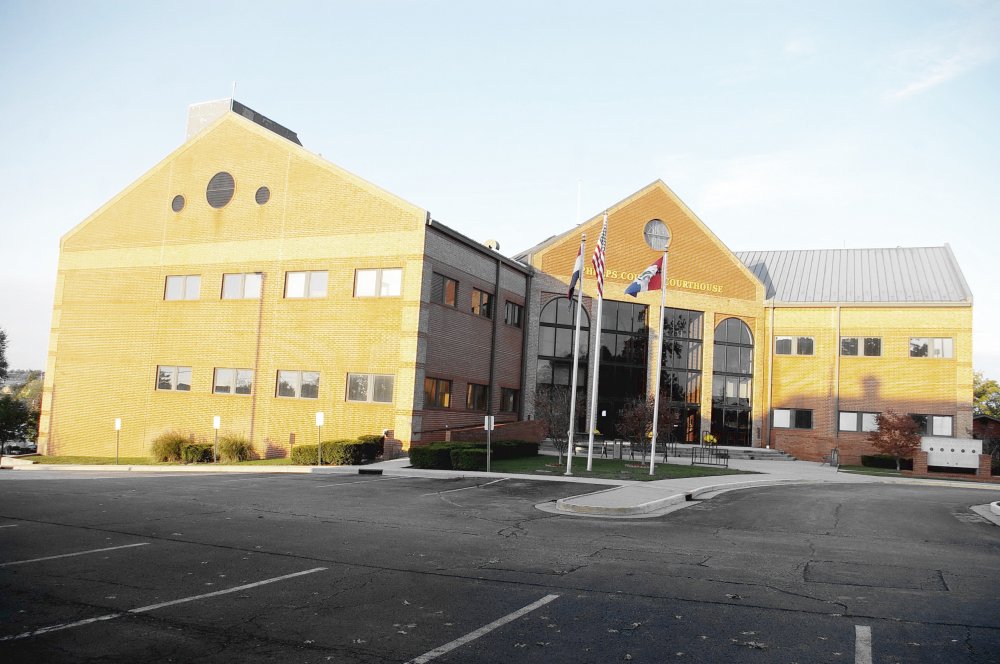 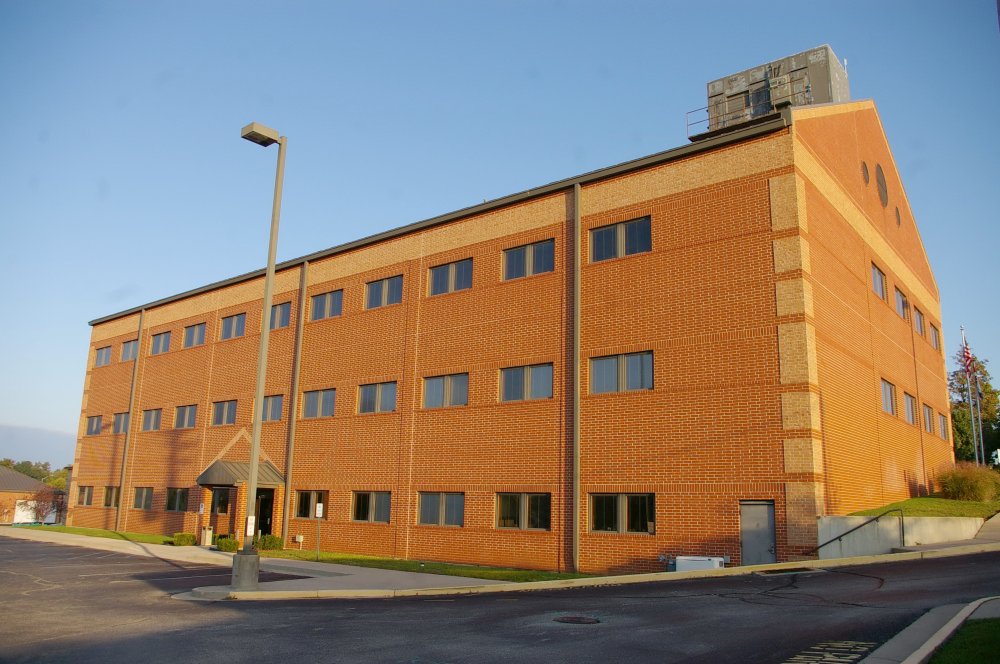 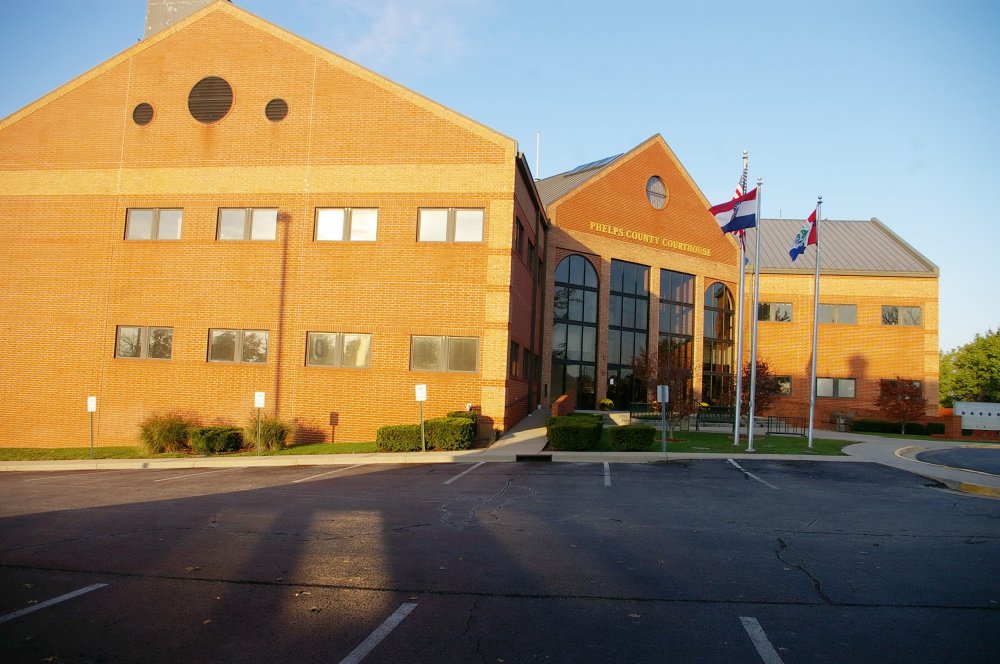 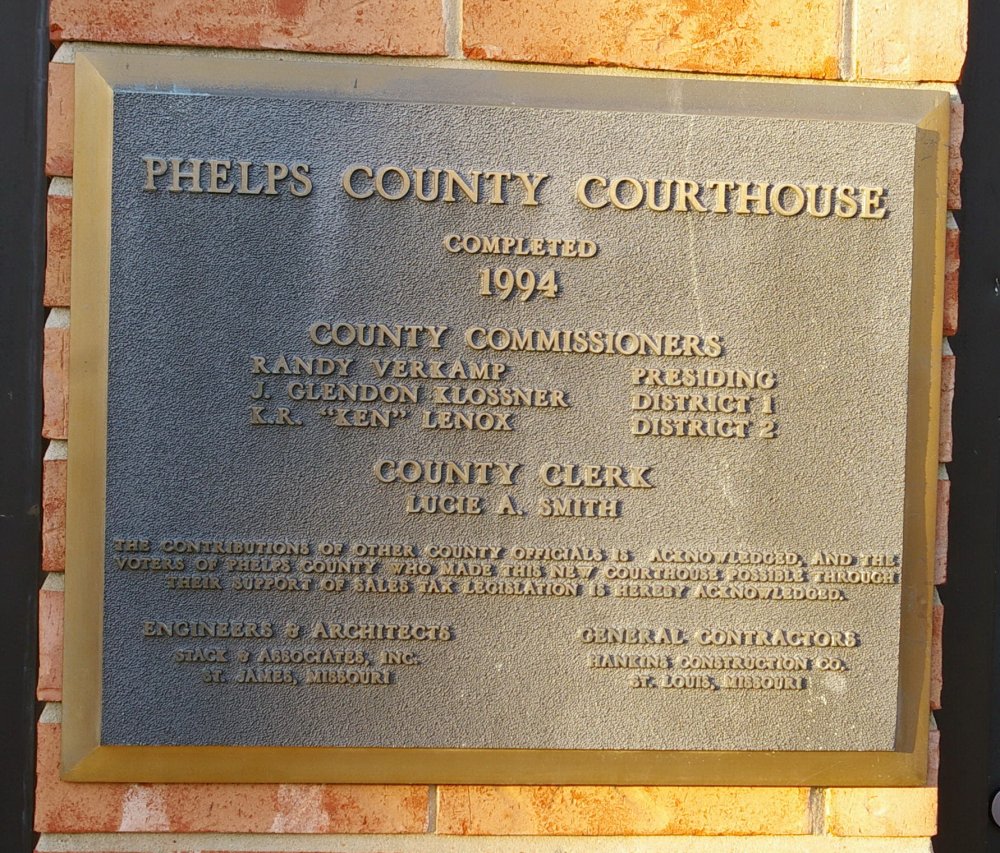 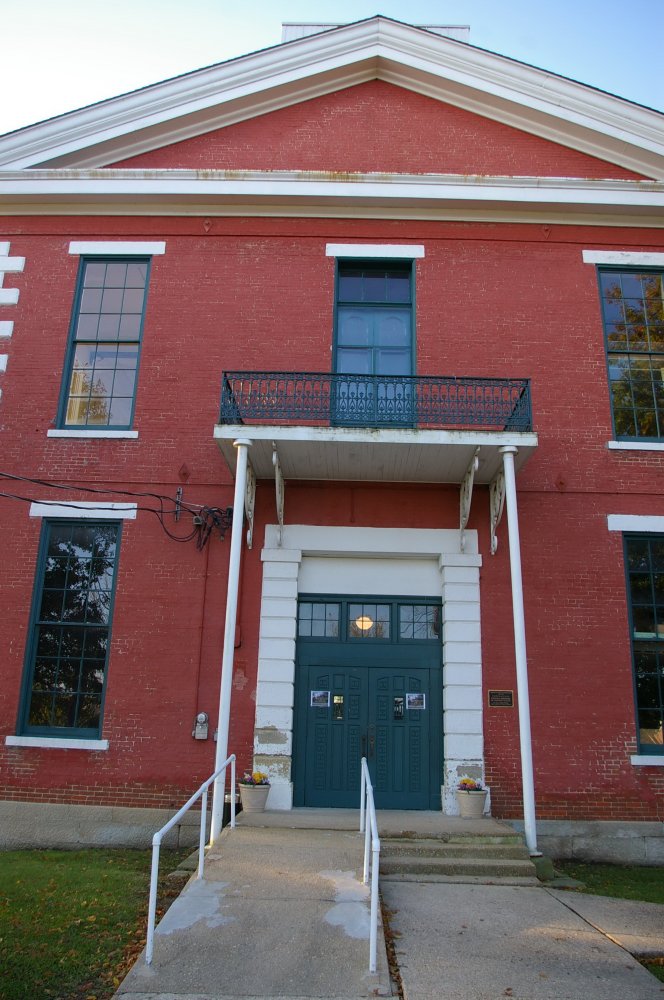 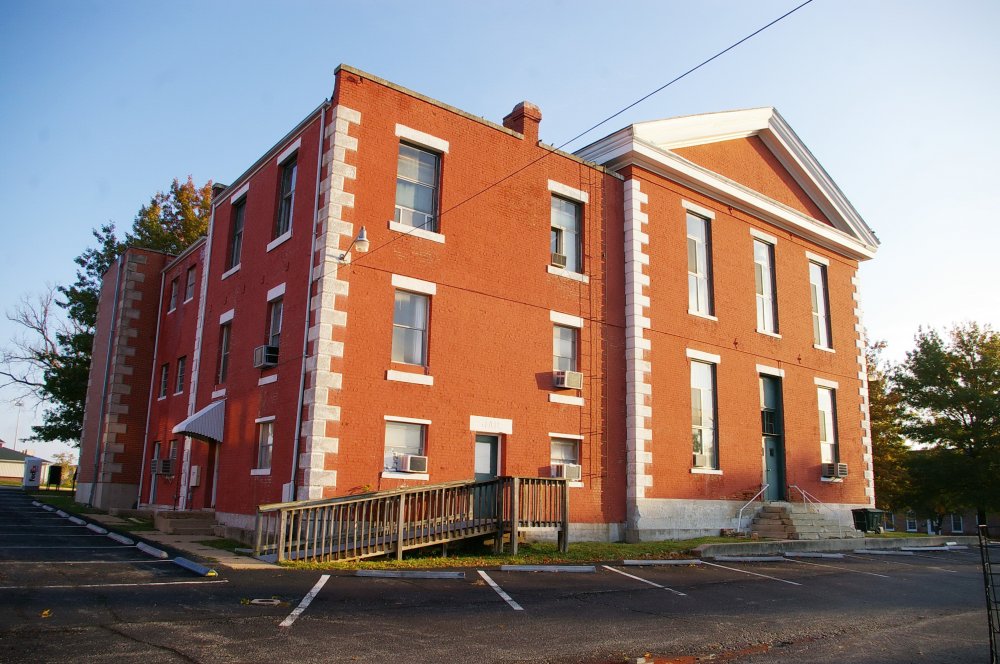