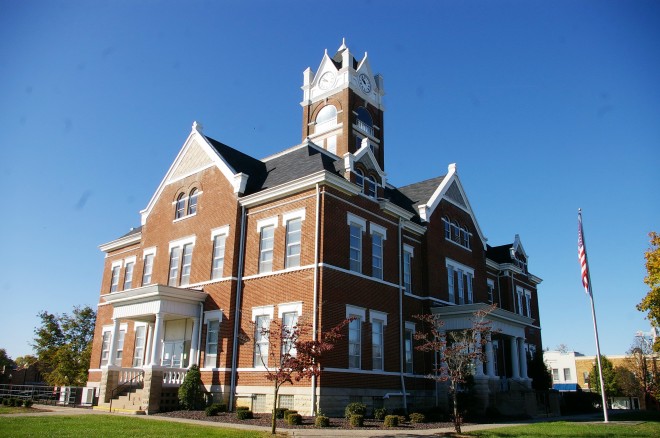 Perry County is named for Oliver Hazard Perry, who was a naval office in the War of 1812 and won a decisive naval victory at the Battle of Lake Erie. 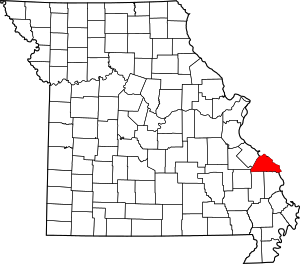 Description:  The building faces north and is a two story red colored brick and stone structure. The building located on spacious grounds and is 65 feet by 92 feet. At each entrance is a small white colored wood portico on the first story. The center sections rise to peaked gables at the roof line. On the center of the roof is a high square clock tower with peaked roof. There are horizontal bands of stone. 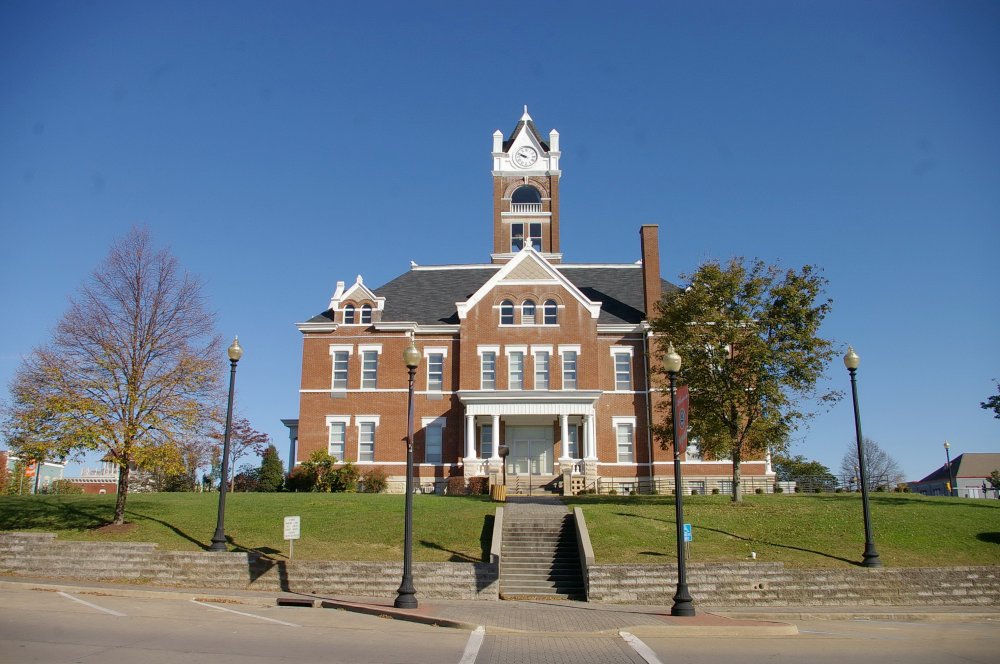 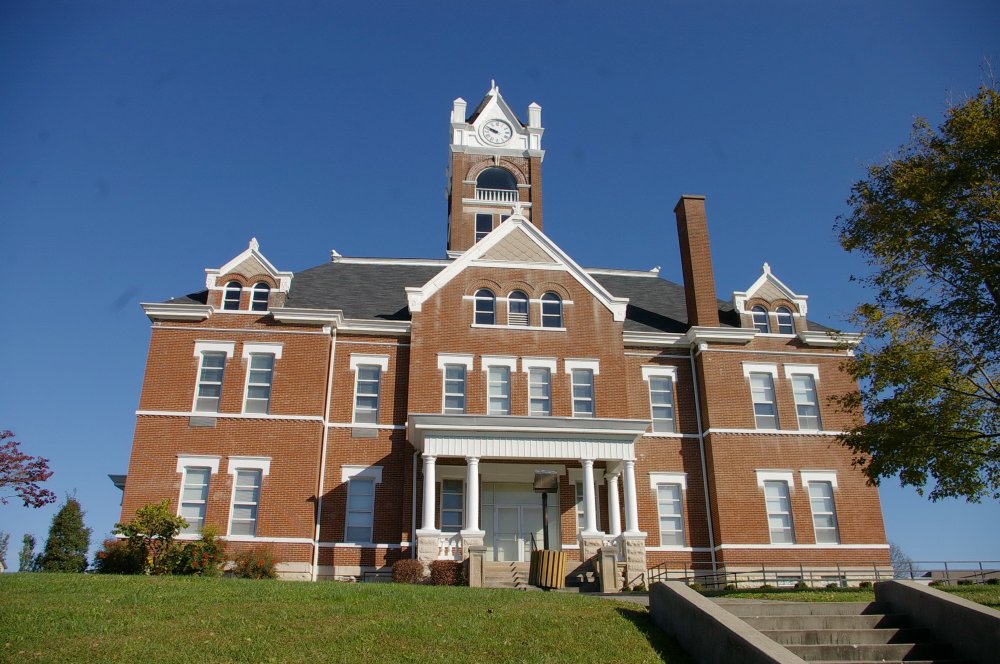 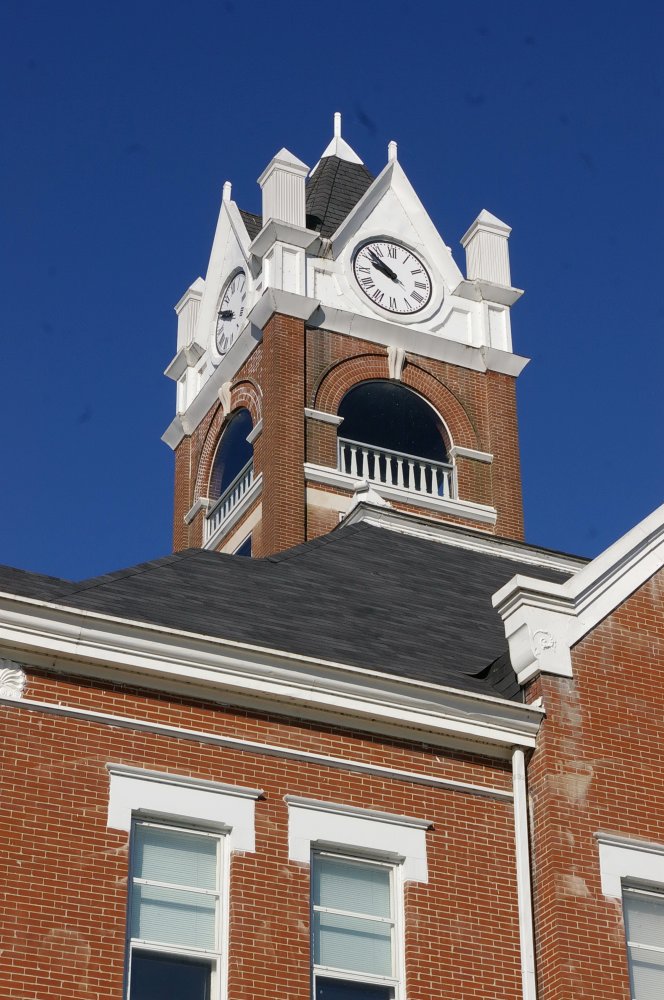 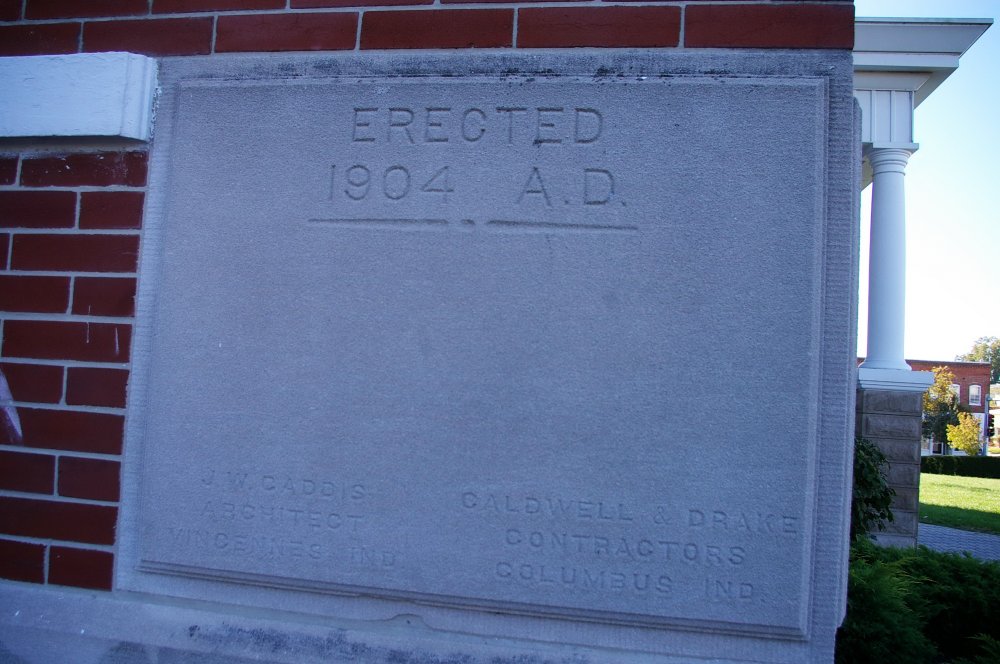