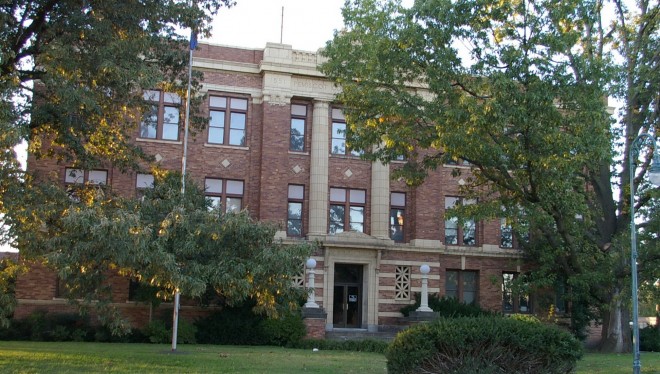 Description:  The building faces east and is a three story red colored brick, stone and concrete structure. The building is located on landscaped grounds in the center of Caruthersville. The east front has a projecting central section with stone framed entrance and two large columns rising from the second story to the top of the third story with a wide header above. The roof line is flat. The architect was Henry H Hohenschild and the contractor was McCarthy Construction Company. The building was renovated in 1974 and 1975. 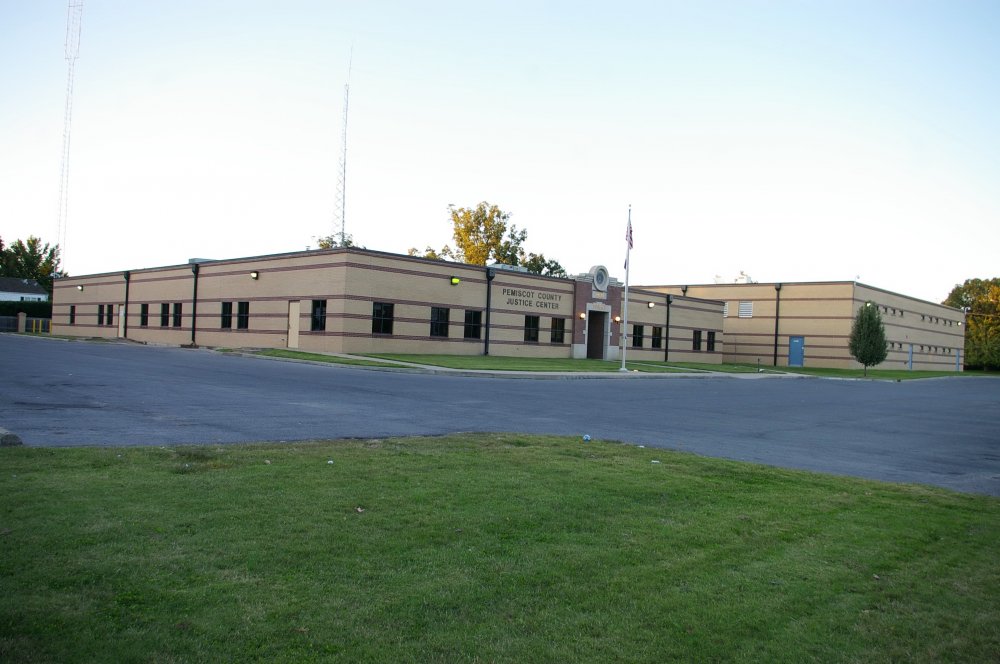 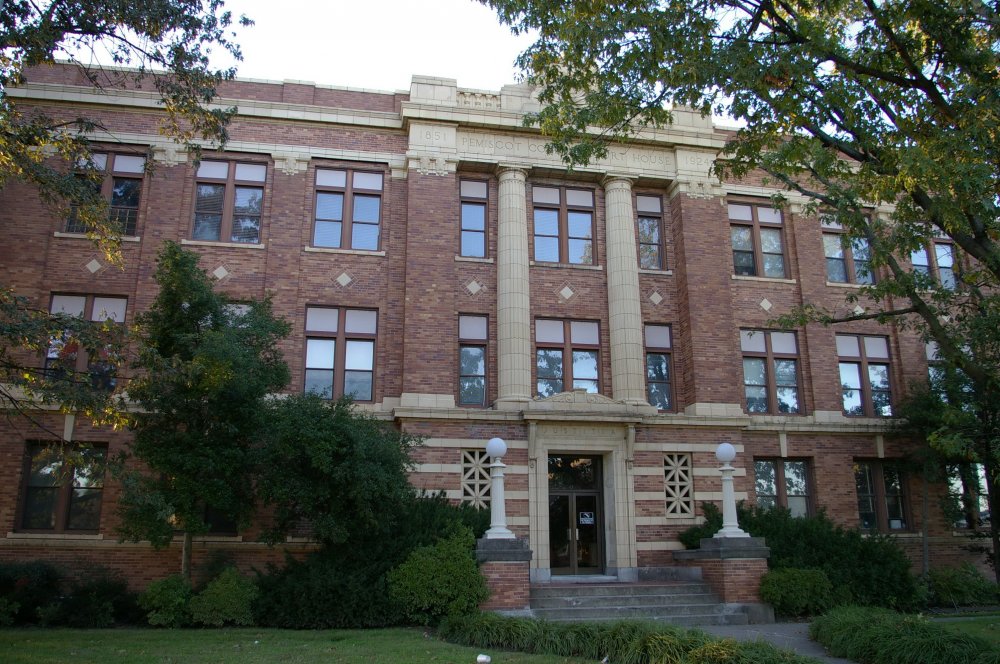 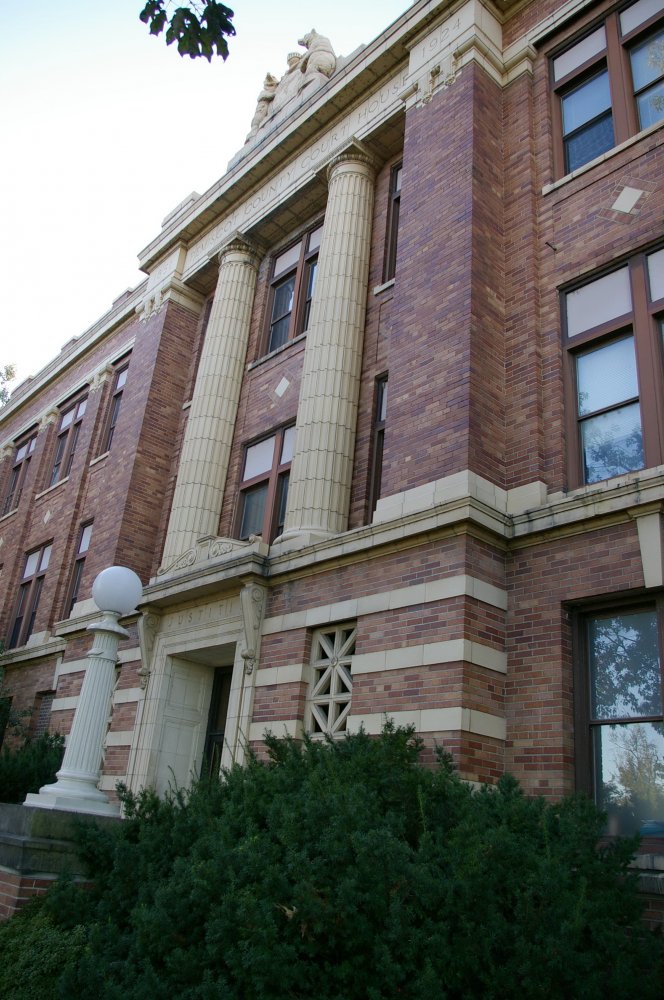 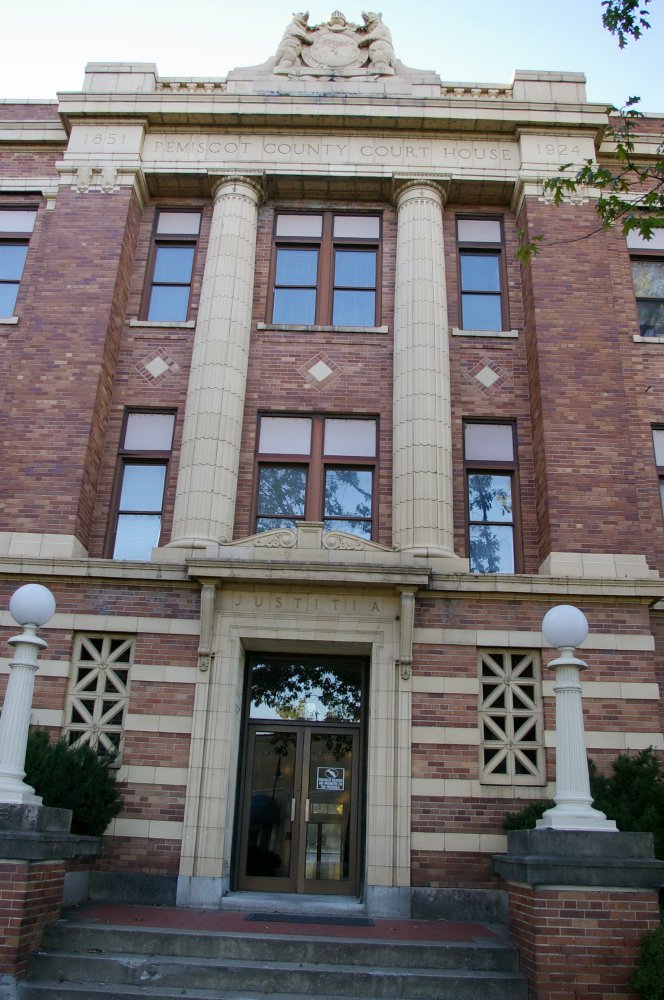 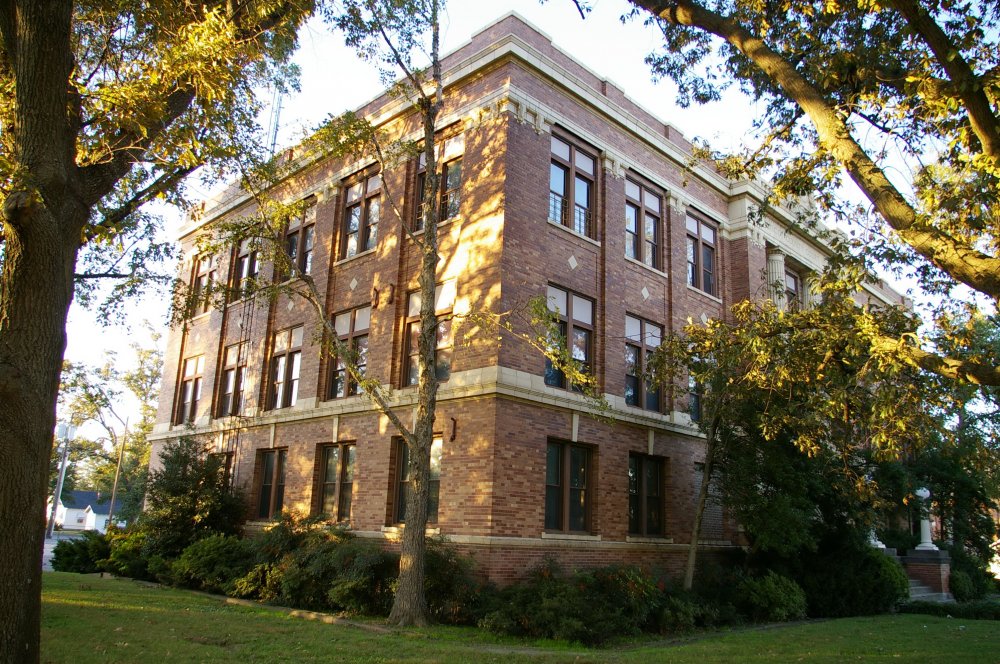 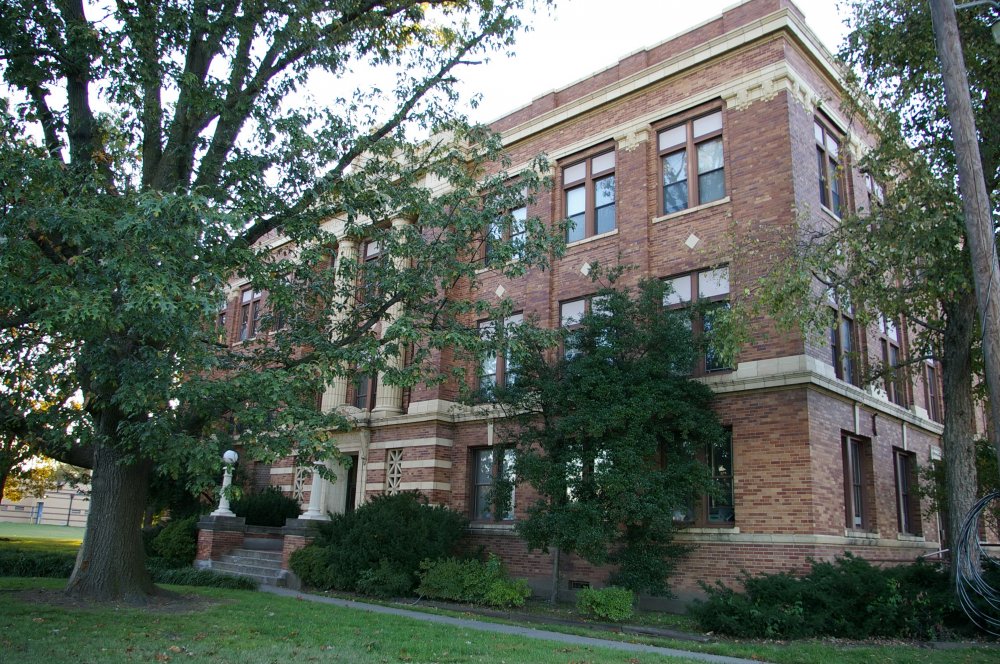 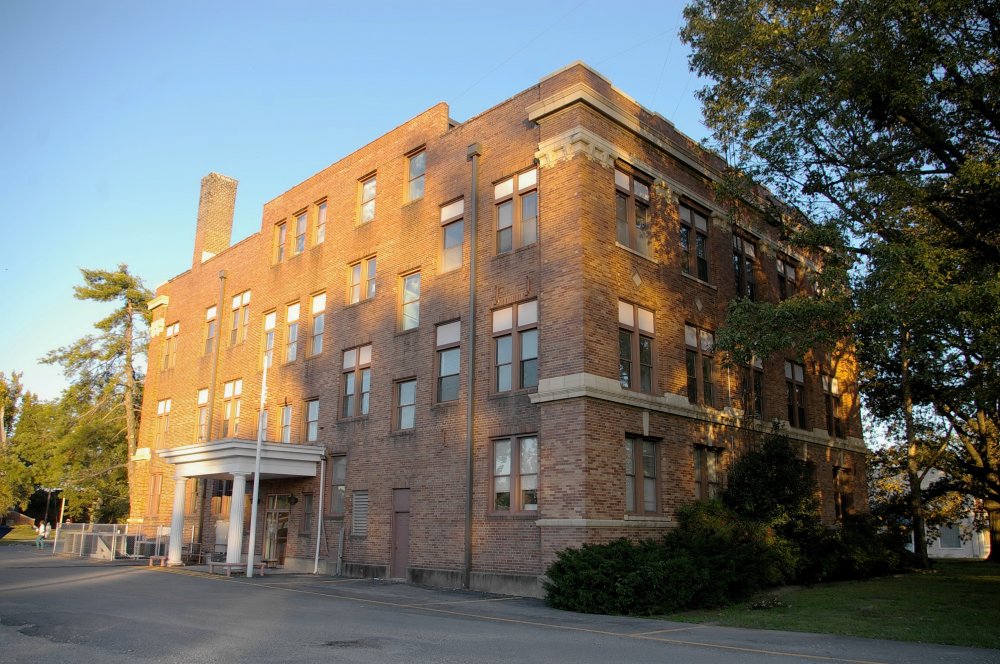 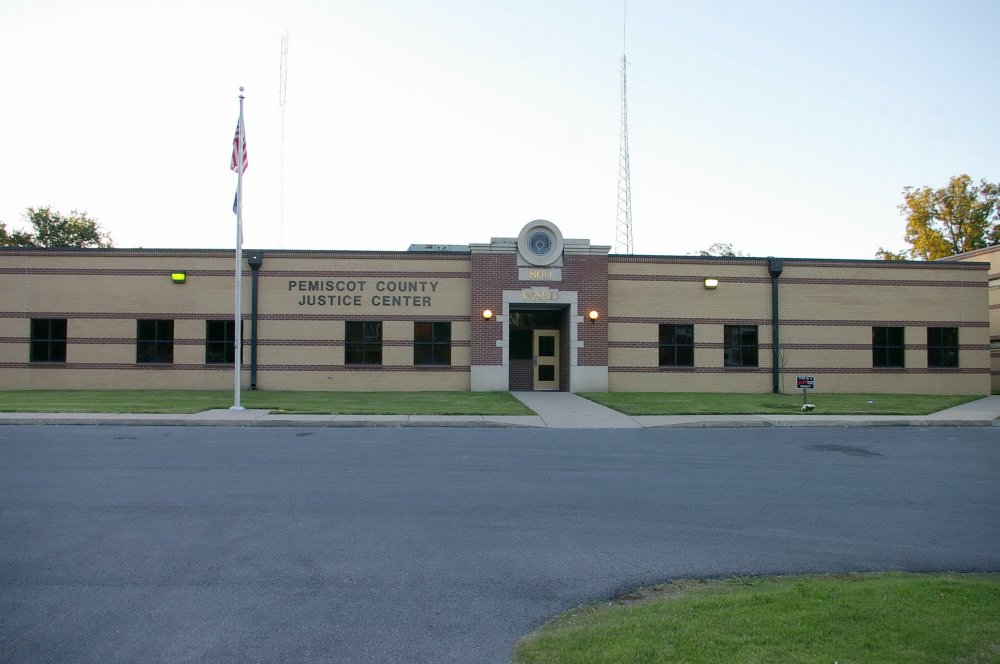 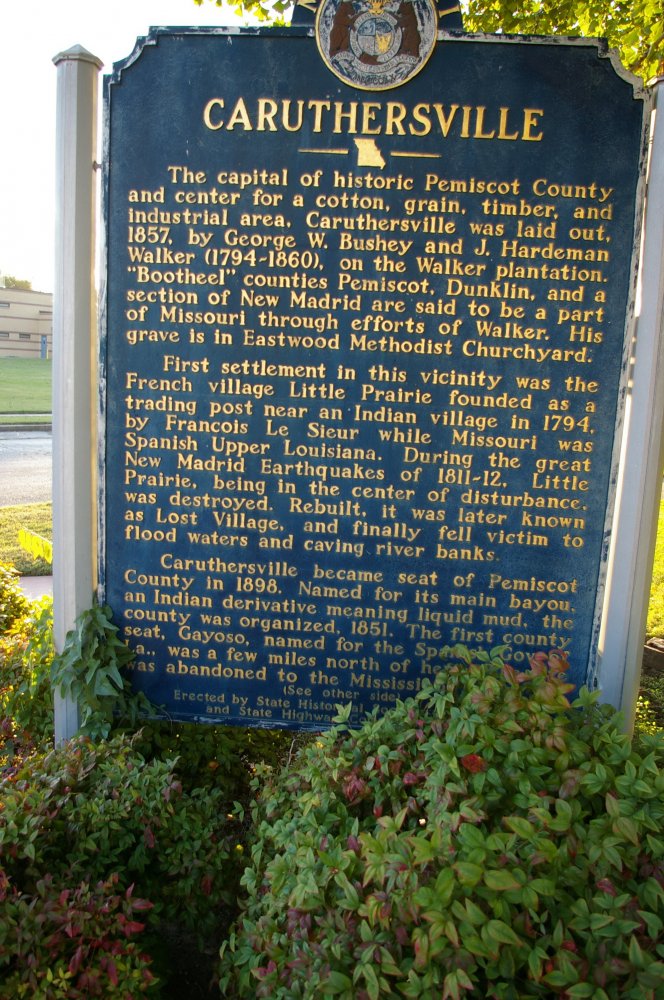