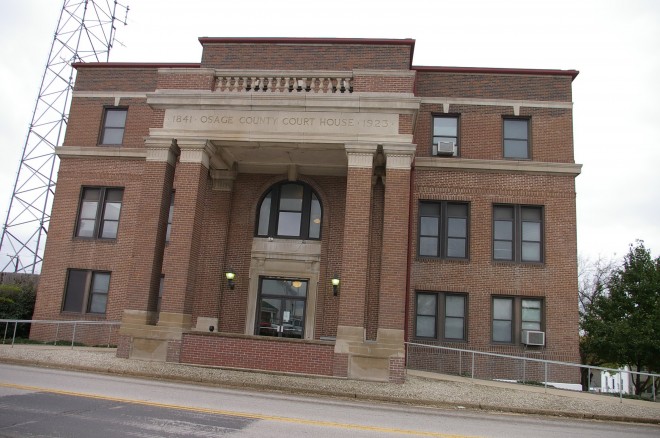 Osage County is named for the Osage River which is named after the French corruption of the name of the Native American tribe “Washazhe”.

Description: The building faces north and is a three story red colored brick and concrete structure. The north front has a large portico supported by four high brick pillars and has a balcony on the third story. The recessed entrance has stone trim. A cornice runs below the third story windows. The building descends south down a slope.  The roof line is flat. 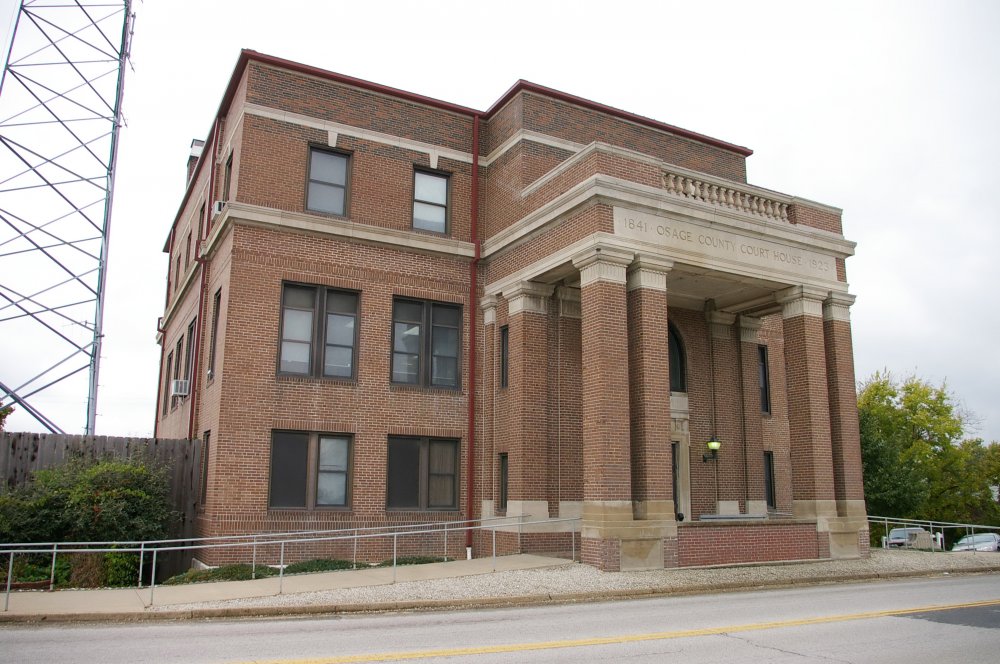 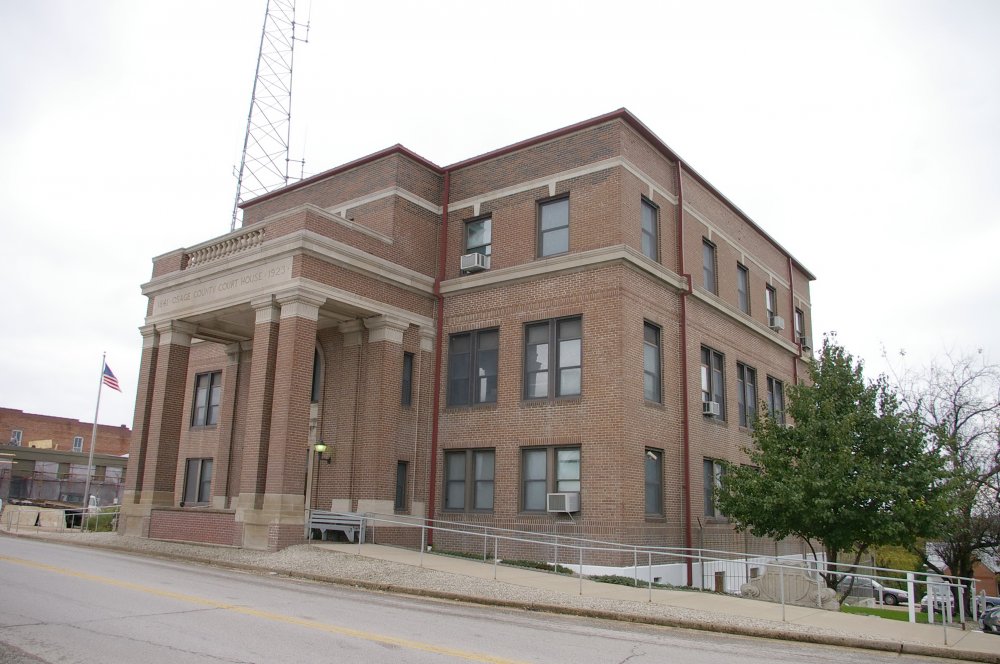 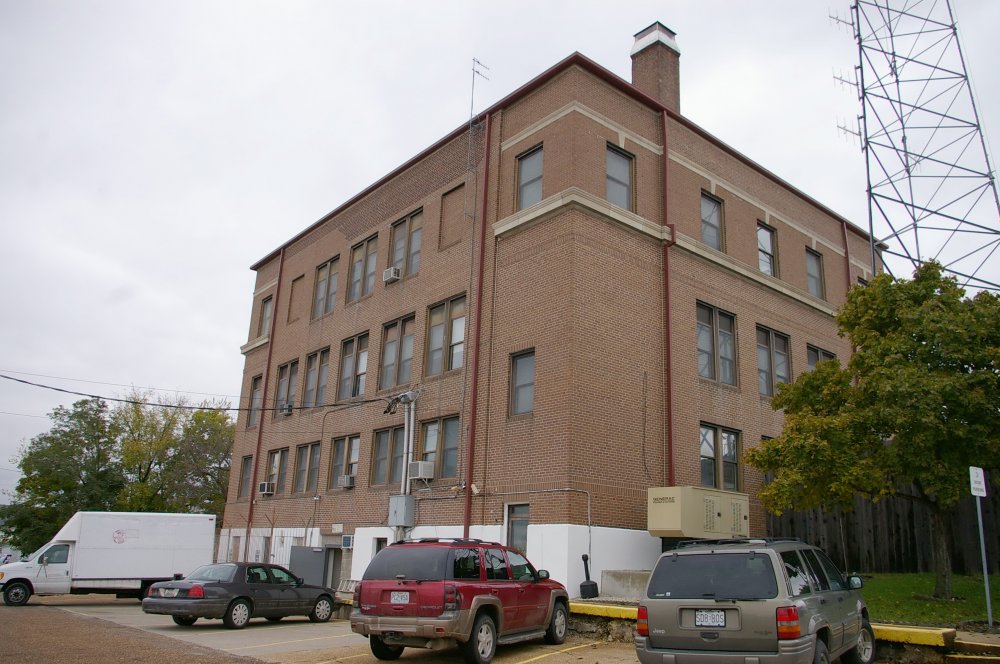 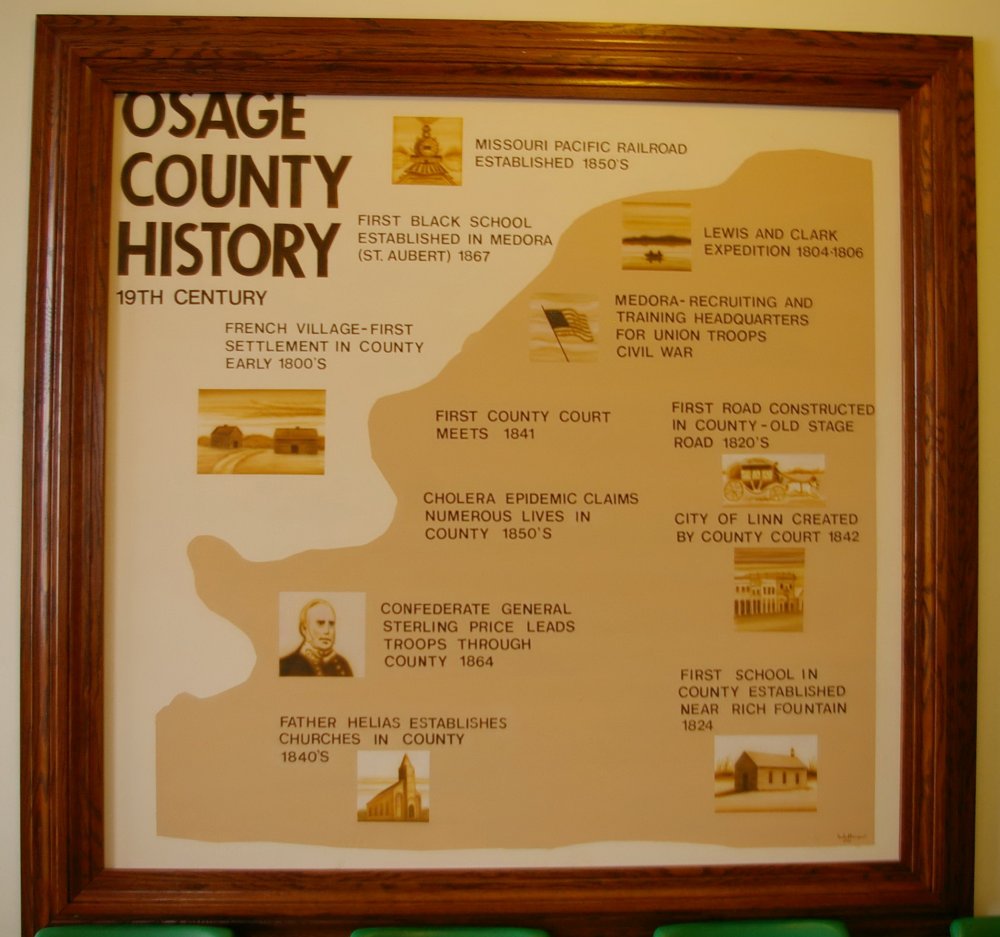