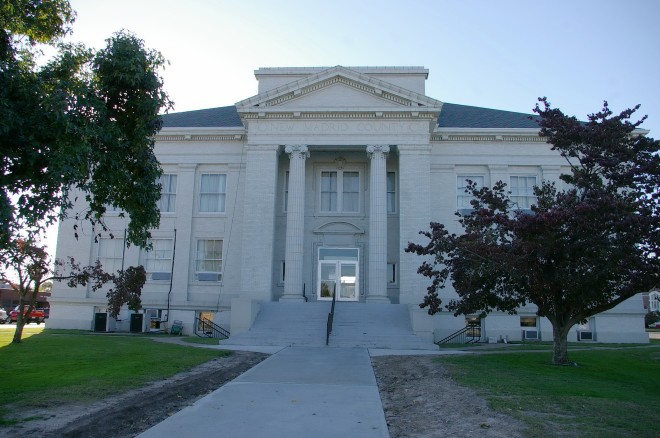 New Madrid County is named for Madrid, the capital of Spain.

Description:  The building faces east and is a two story gray colored brick and concrete structure. The building is 107 feet by 75 feet. The east front has a large portico supported by two large columns which rise to a pediment at the roof line. The entrance is recessed. The roof is sloped. The architect wasand the contractor was Interstate. W W Taylor of Cape Girardeau completed the interior work. 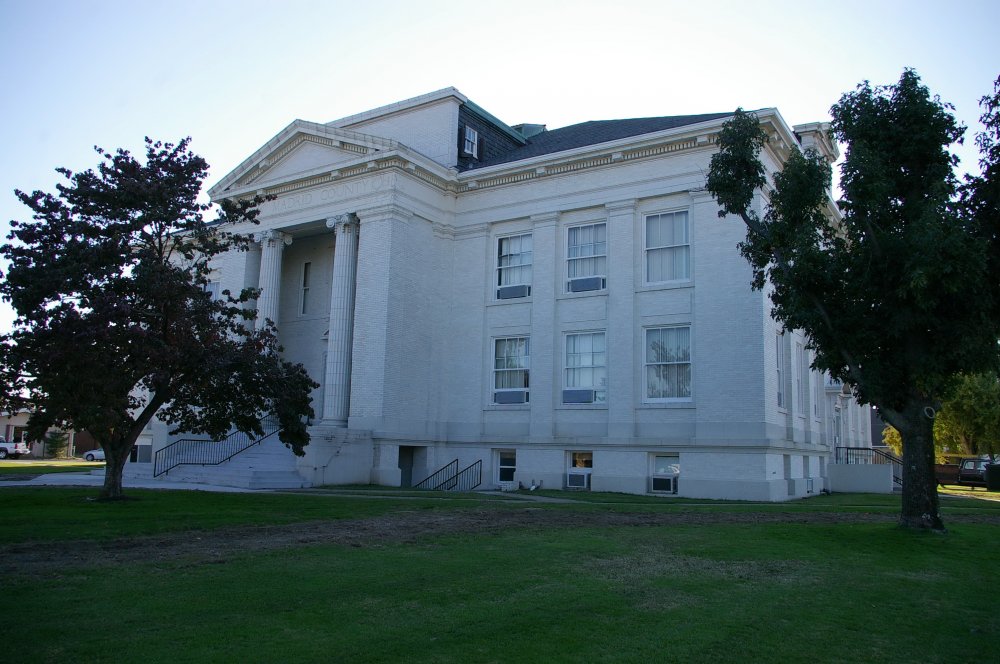 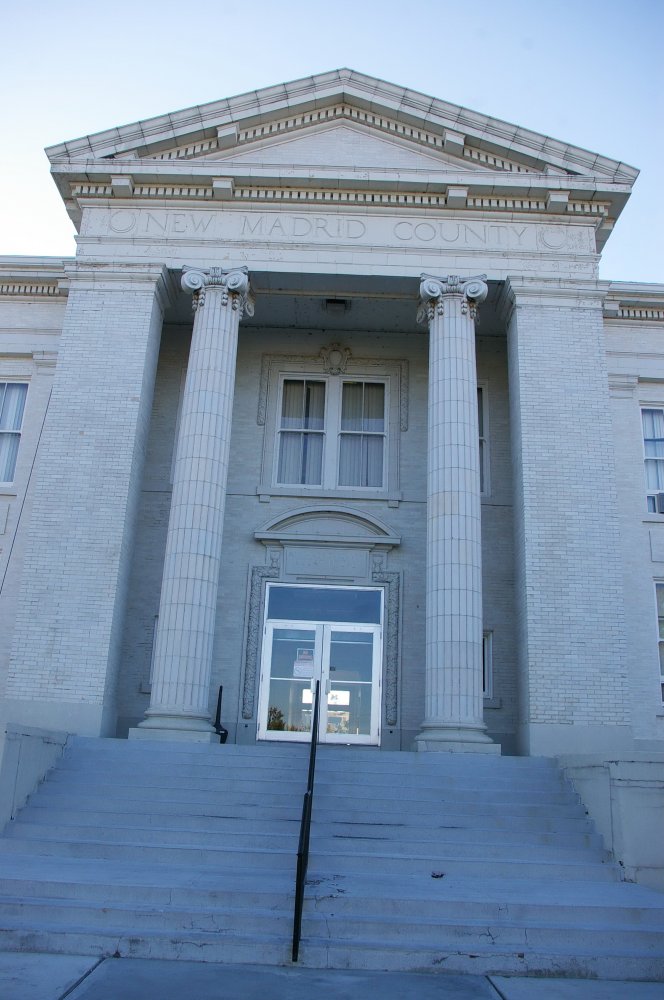 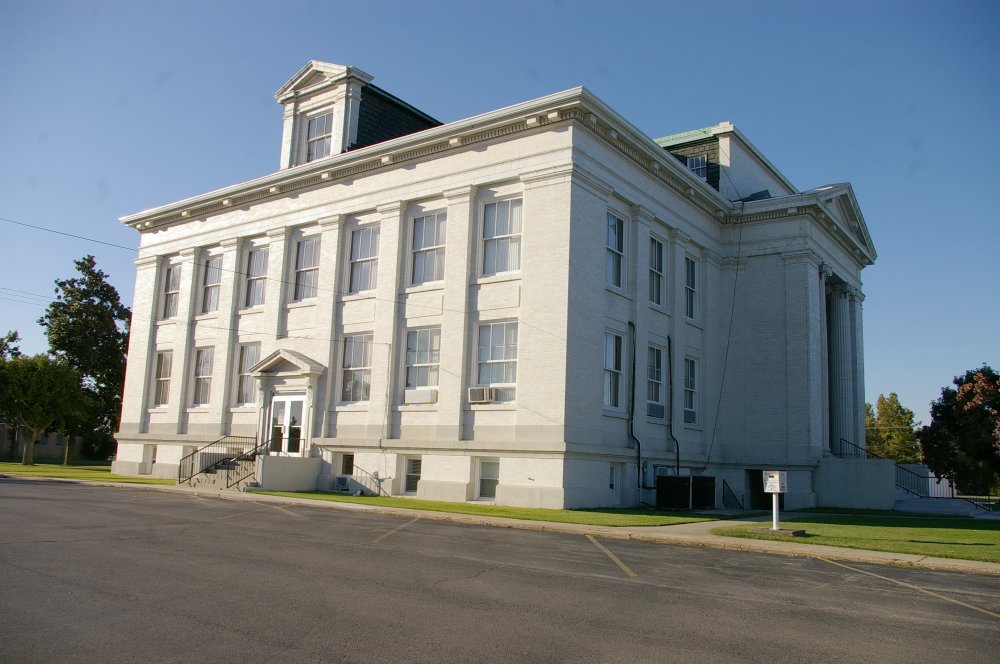 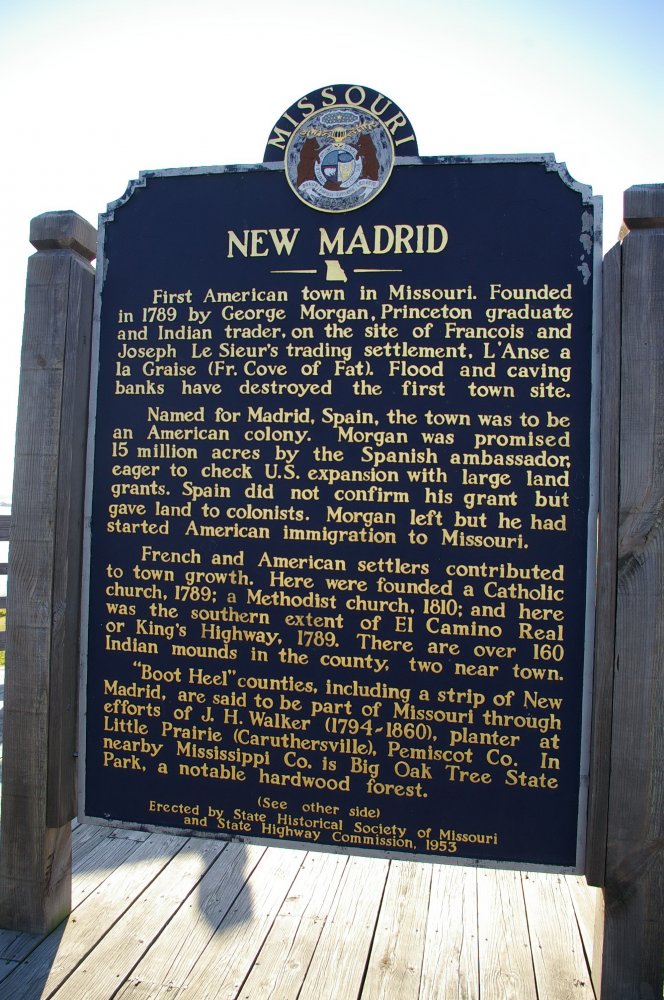 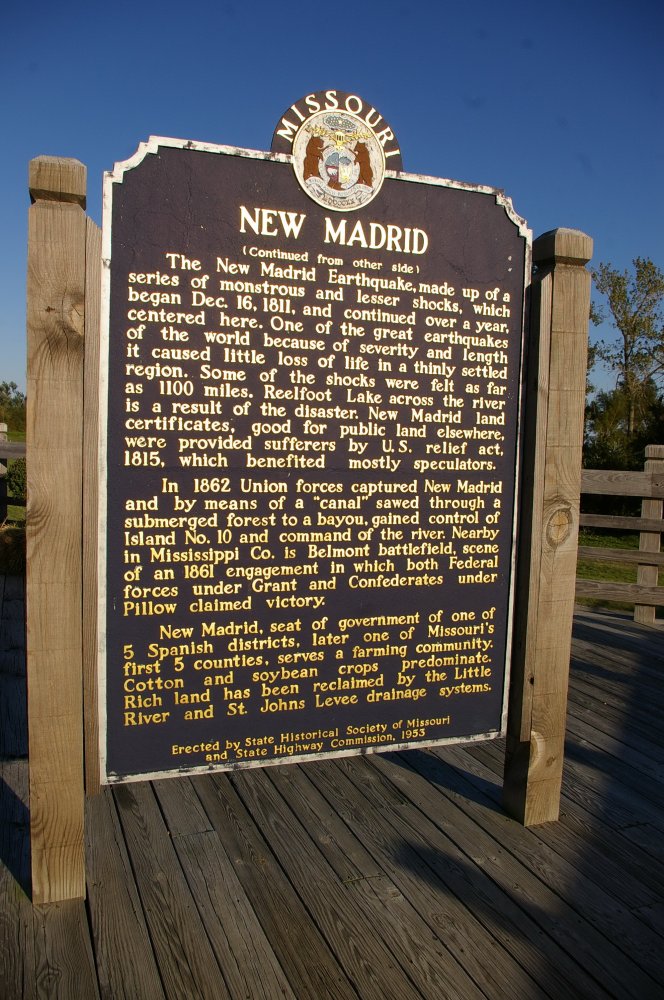