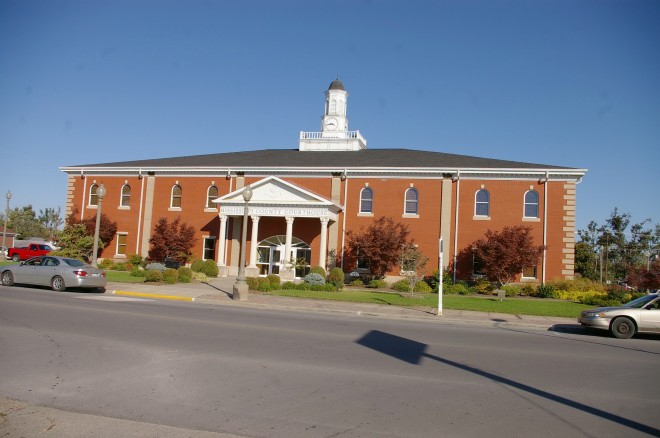 Mississippi County is named for the Mississippi River which name is derived from the Algonquin Indian word “missi” meaning “great” and “seepee” meaning “water”.

Description:  The building faces west and is a two story red colored brick, stone and concrete structure. The building is located on landscaped grounds in the center of Charleston. The west front has a portico on the first story supported by four thin columns. The second story windows are arched. There are vertical concrete dividers and trim along the corners of the building. The roof is sloped with a small octagonal cupola at the center of the roof. The courtroom is located on the second story. The building houses the County Circuit Court of the 33rd Judicial Circuit.

See:  The courthouse in  Ballard County, Kentucky was designed by Jerome B Legg and modeled after the 1901 courthouse which burned in 1997.

History:  Charleston became the county seat in 1845 and the Clerk’s Office was built in 1846. The first courthouse was built by James T Russell in 1852 and burned in 1891. After the fire the court used two, small, brick offices on the square and the opera house to conduct county business until 1900. The second courthouse was designed by Jerome B Legg and constructed by V O’Bryan and the Central Bridge Company, of St. Louis in 1900 to 1901. The courthouse was destroyed by fire on February 10, 1997 and was similar to the courthouse in Ballard County, Kentucky.  The third and present courthouse was constructed in 1998 to 1999. 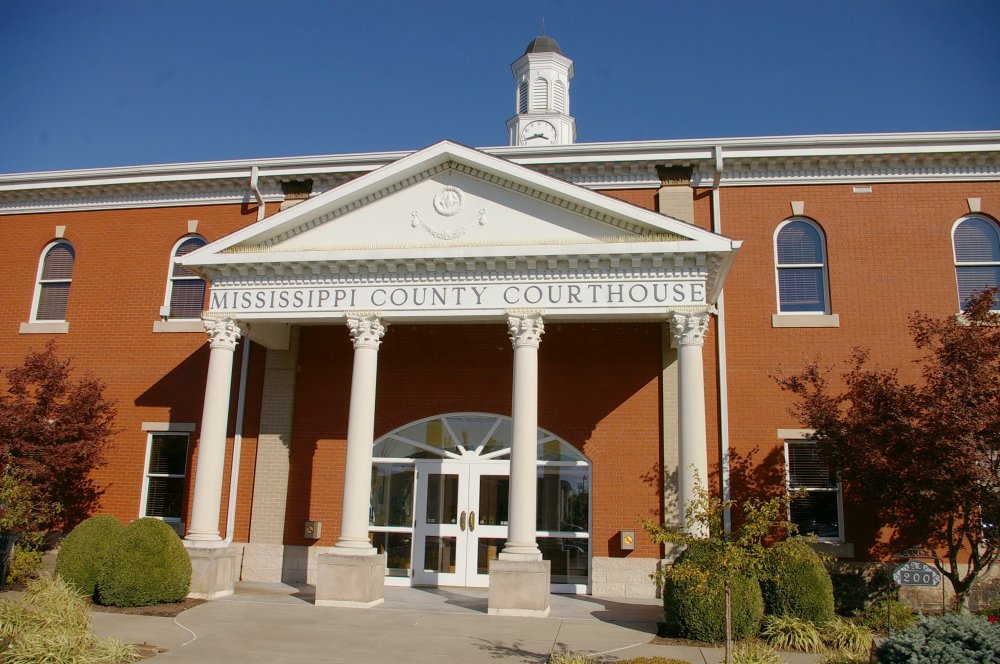 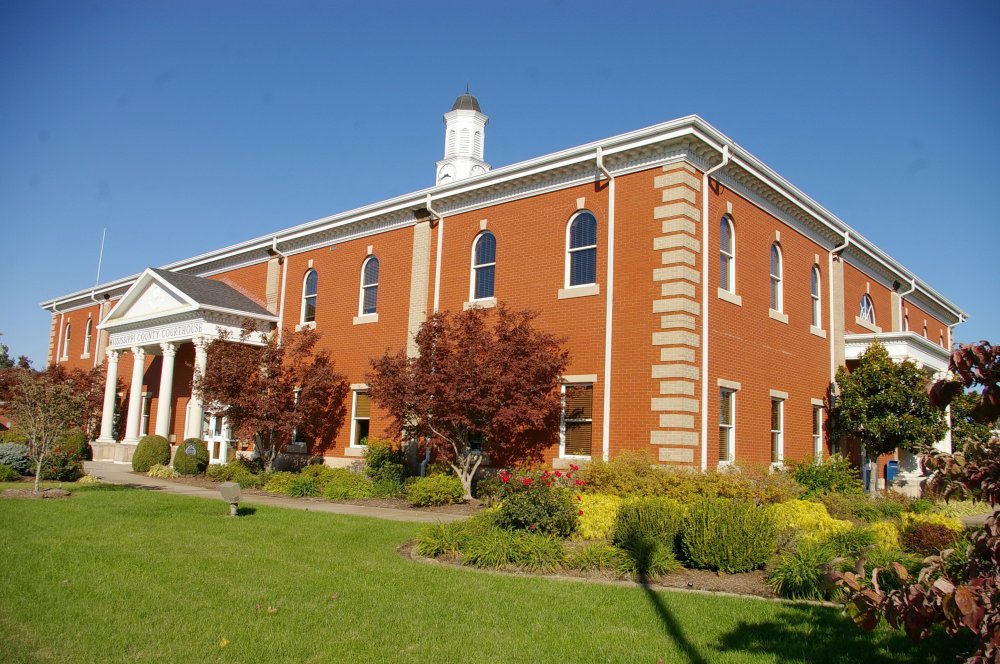 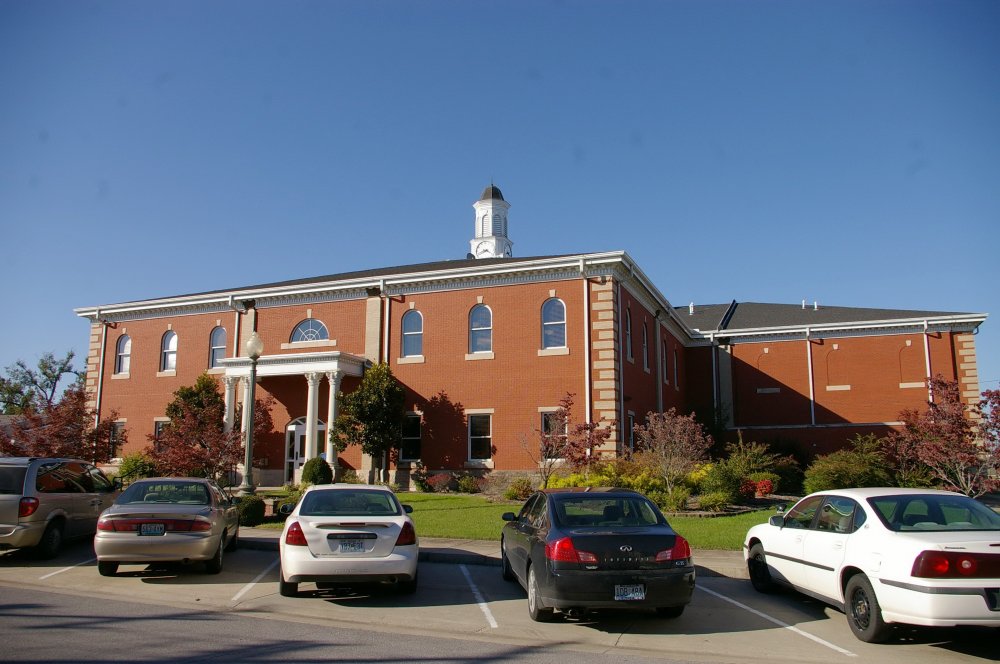 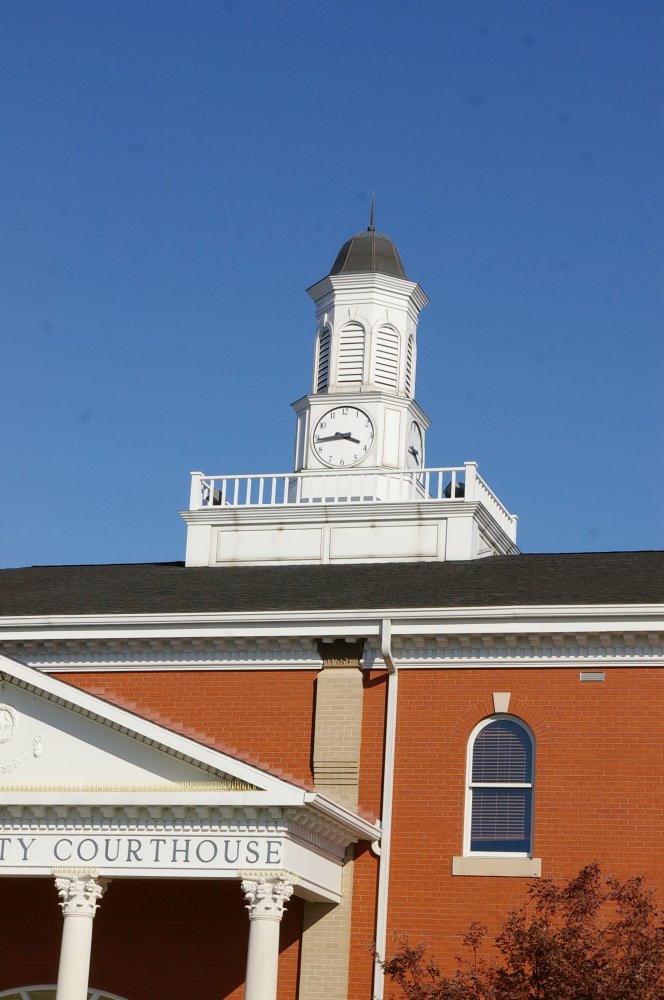 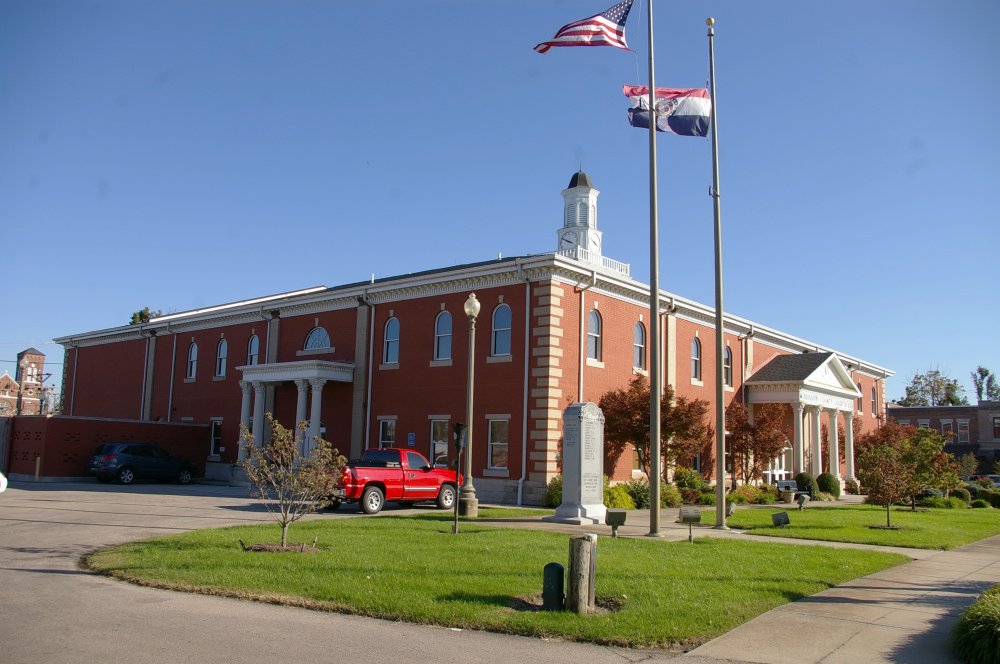 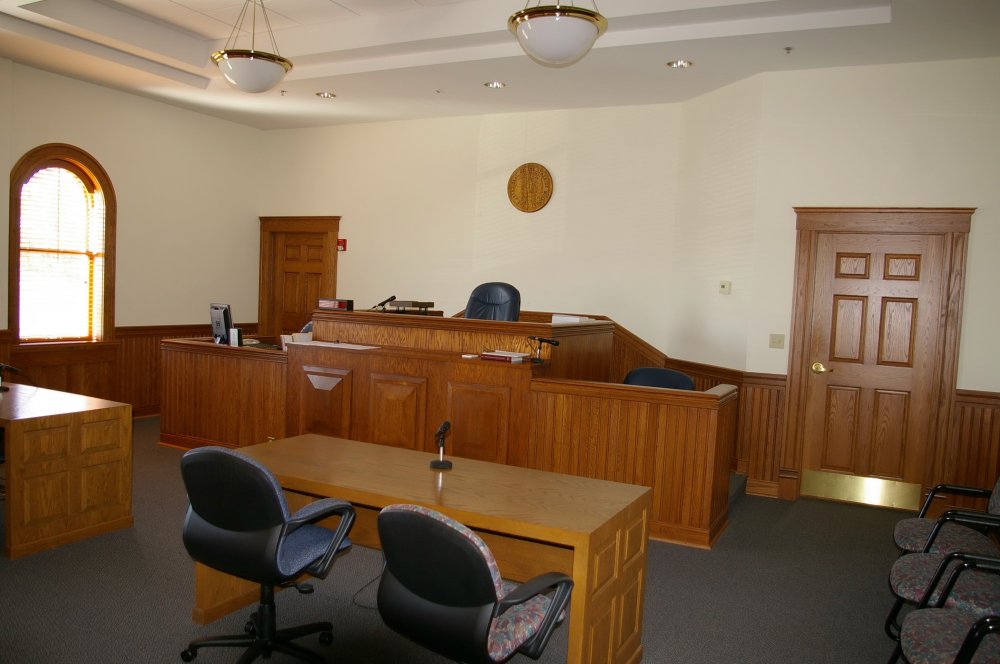 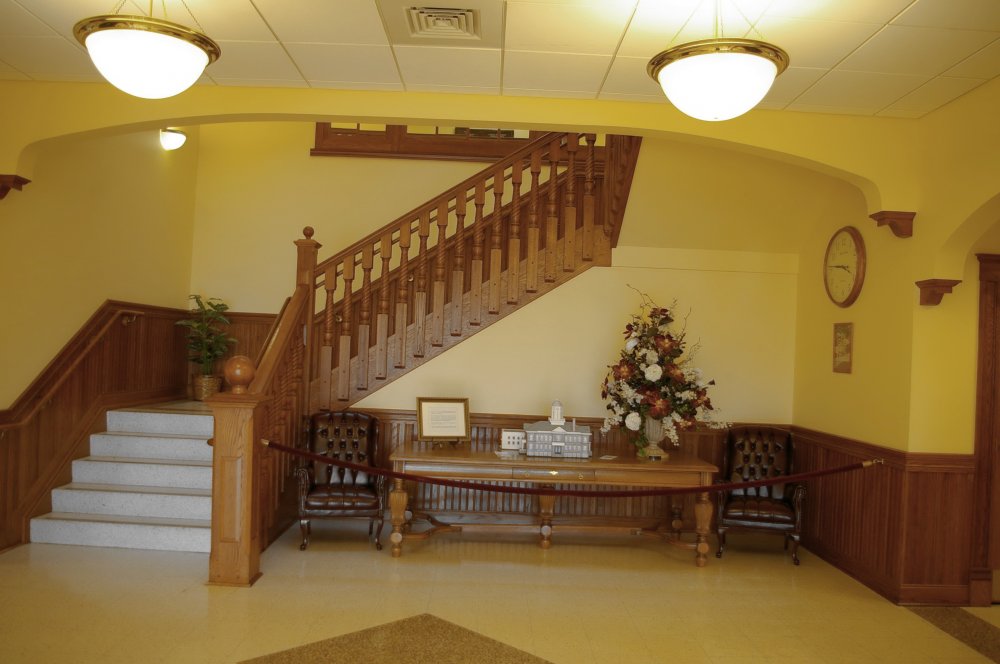 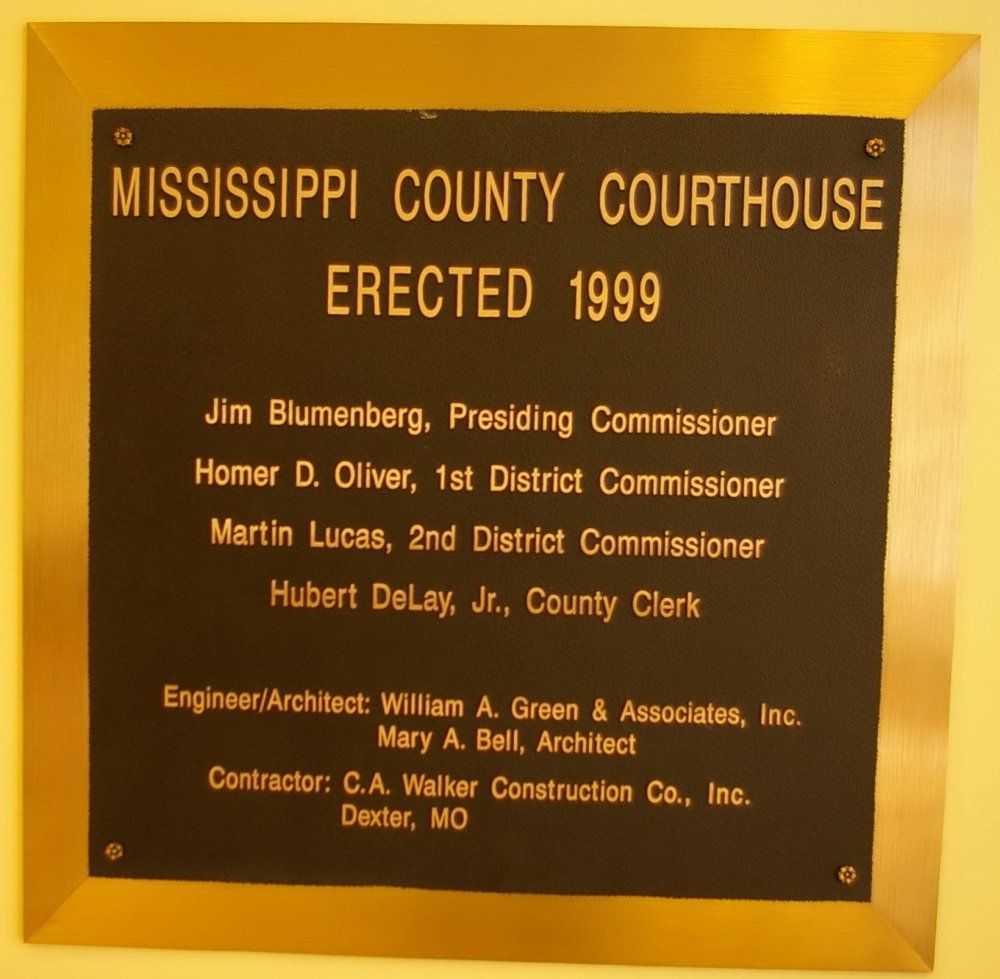 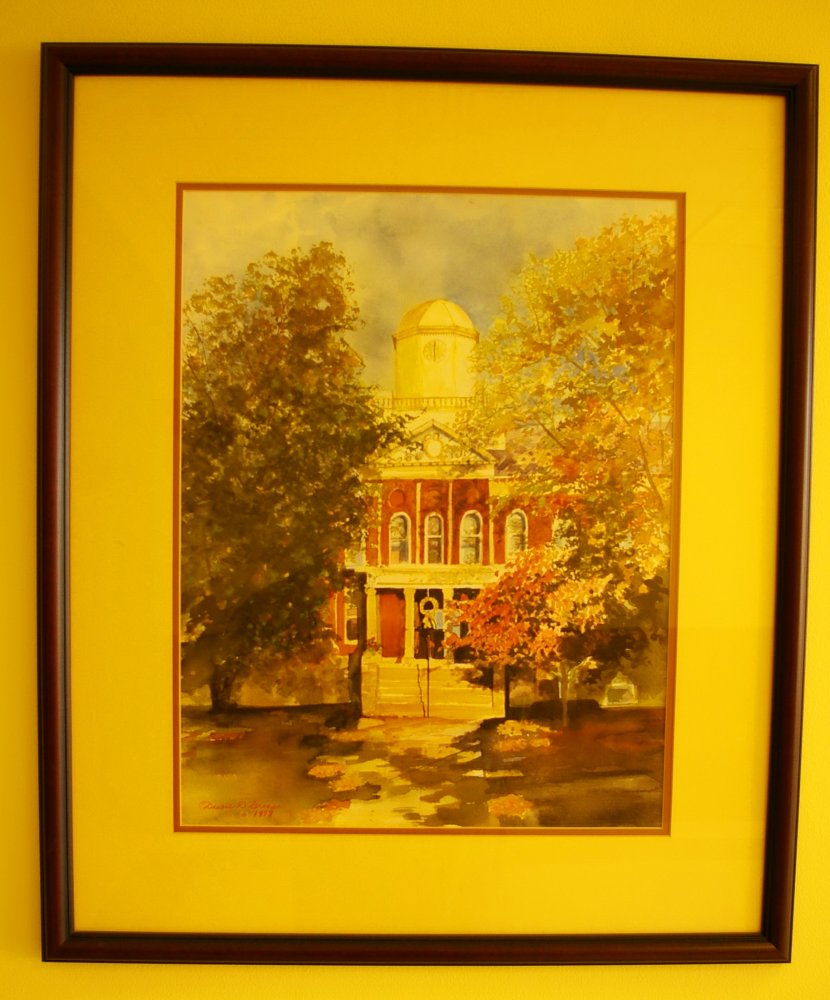 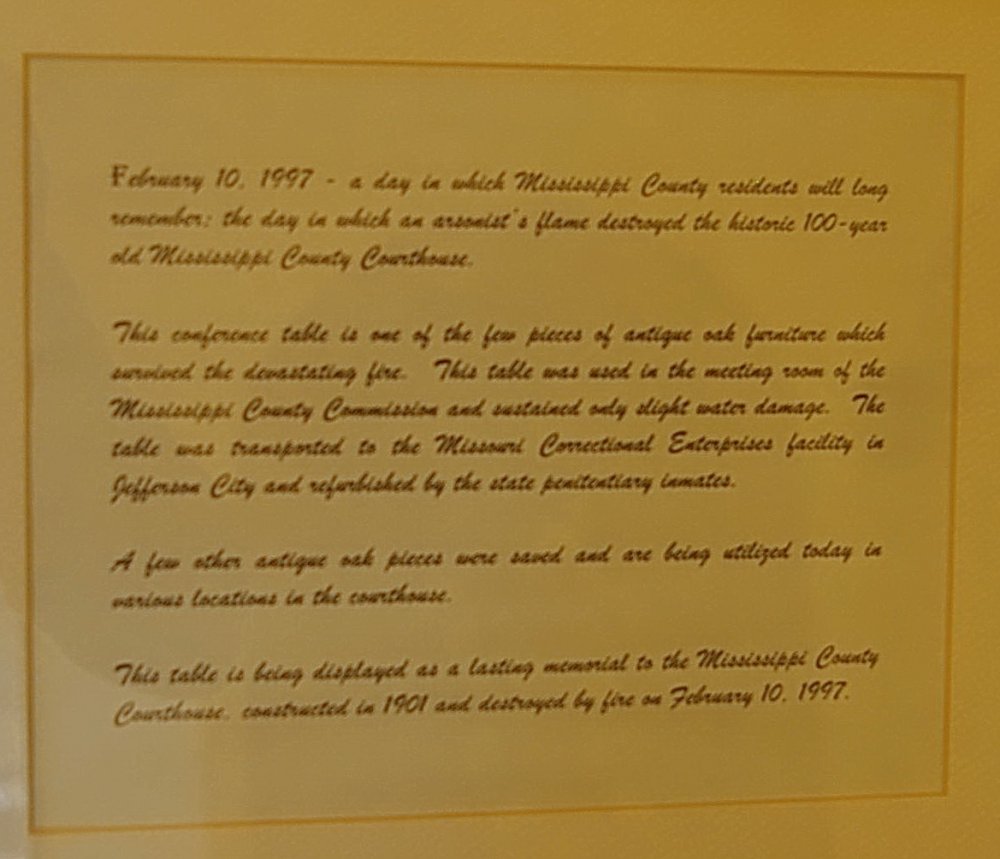